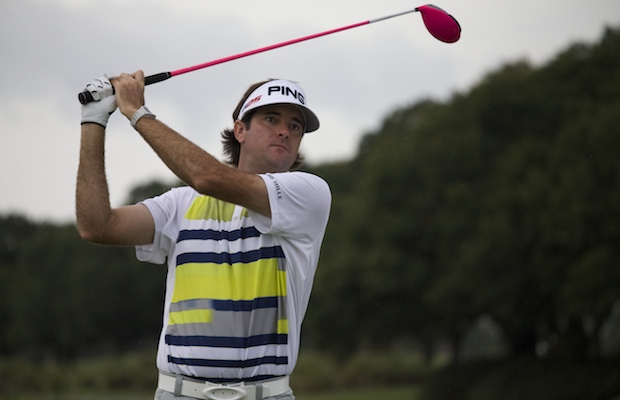 There might not be a more interesting golfer on the PGA Tour than Bubba Watson, and it’s nothing he tries to hide.

He’s the longest driver on the PGA Tour, which comes with its own level of notoriety. Now add that the five-time tour winner is left-handed, self-taught and one of the most talented ball strikers on the PGA Tour. From the middle of the fairway, he’s known to curve his shots 30 yards this way or 30 yards that way, because that’s what seems right to him.

Adding to Watson’s fame are his media feats, which include his part alongside Ben Crane, Hunter Mahan and Rickie Fowler in the golfing boy band the “Golf Boys,” and his decision to trade in a traditional golf cart in favor of a hovercraft last April.

Watson’s unique equipment needs are something out of golf folklore as well. He wields a pink driver with a pink shaft and golf grips that are more similar in size to the handle of a baseball bat than a golf club.

When Oakley signed the golfer to a contract to wear its apparel in 2013, its leadership knew that it was challenging itself with one of the most distinctive, untraditional golfers in today’s game. But by building products for him, the company knew it would be on a path to building better products for all golfers. 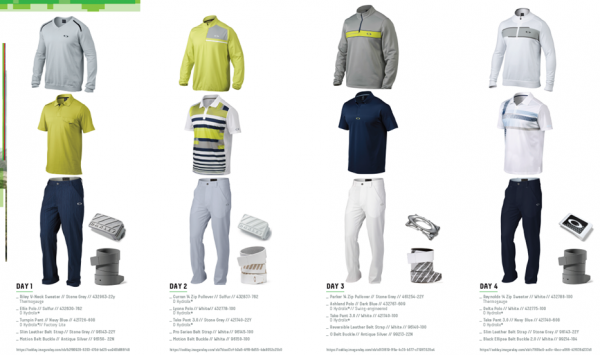 “He’s pretty untraditional relative to the rest of the golf community,” says Kristin Debany, Oakley’s global director of performance apparel and accessories. “He’s more vocal with his opinions and likes to stand out more. He gravitates toward the bigger, bolder prints and wants to be noticed on the course.”

Key to the bright colors that Watson sports on the course is Oakley’s printing technique called sublimation, which prints the colors and graphics on Oakley apparel when it’s still in the fiber stage. It’s a process Oakley borrowed from its production of surfing board shorts, and gives the company’s apparel a more dimensional, textural look, Debany said. 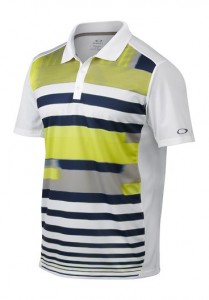 Of course, there are performance considerations to the process as well. In Oakley’s shirts, sublimation keeps the fabric light and breathable since it doesn’t require extra material to create patterns. And its seams are pulled forward and flatlocked to limit the friction between a golfer’s skin and clothing that is often a problem: especially for golfers like Watson, who swings his driver a PGA Tour-leading average of 124 mph.

All of the polos that Watson will wear at the 2014 Masters: The Ellis ($70), The Lyons ($75, pictured right), The Ashland ($80) and The Delta ($65) also use Oakley’s moisture-wicking “O Hydrolix” yarn and have added UV and anti-bacterial protection.

At the 2014 Waste Management Phoenix Open, Watson debuted a new piece of Oakley equipment: the company’s Carbon Pro 2.0 golf shoes. They could be the most important part of Watson’s outfit, and golfers who have seen his swing in slow motion know why. His unique swing and clubhead speed can cause both of the golfer’s feet to come off the ground as his club moves through the impact area. 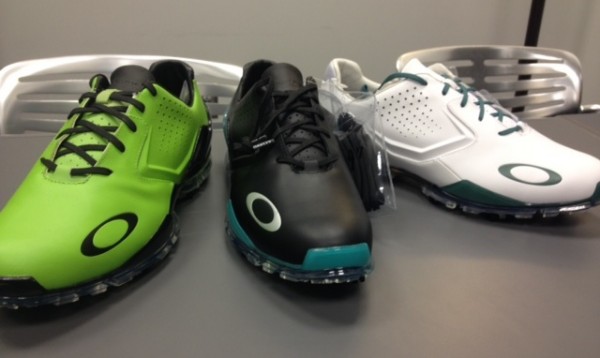 Above: Oakley made Watson a custom pair of Carbon Pro 2.0 shoes in green for the Waste Management Open. It also produced a University of Georgia-inspired shoe (pictured below) to wear at the PGA Tour’s Farmers Insurance Open, where players highlighted their alma mater with their apparel in Round 3. 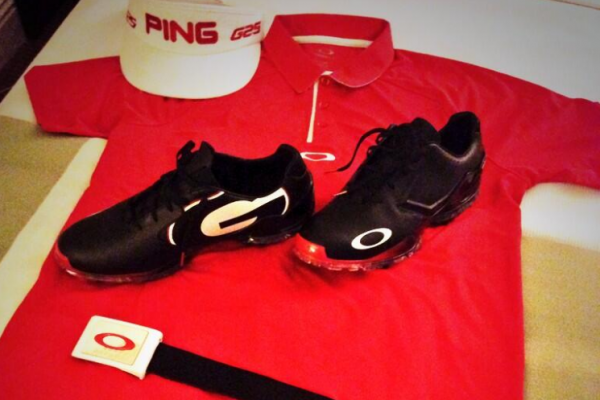 Dave Ortley, Oakley’s head of worldwide footwear, said that often times its just as hard to get professional golfers to change their footwear as it is their golf clubs because of the long periods of time they spend on their feet. That’s why when Oakley landed Watson to a shoe deal for 2014, the company went to great lengths to ensure that Watson had a proper fit, starting with a 3D digital scan that measured the length, width, volume and curvature of his feet. The information was used to build Watson a custom last, or foot form, to make sure his shoes fit like a second skin.

The selling point for Watson on the Carbon Pro 2.0 shoes ($200) he wears wasn’t just a custom fit, however, but a promise that the new shoes could actually keep him better grounded during his swing. Like the retail version of the shoes, Watson’s custom-fit model sits extremely low to the ground has real carbon fiber in the midfoot, which adds stability and reduces the overall weight of the shoes. There’s also a silicon print on the surface of the footbed that better connects a golfer’s foot to his footwear.

“Everyone of these guys is unique in what they’re looking for,” Ortley said. “The beauty with Oakley is that we’re making [combat] boots, athletic shoes and sandals … so we tend to think a little broader. The inspiration, innovation and styling comes from other product categories and adds a fresh, unique perspective and inventiveness. We’re able to load that all into a golf shoe.”

Fresh, unique and inventive? Those words describe both Watson and the Oakley brand, and that’s the beauty of their partnership. 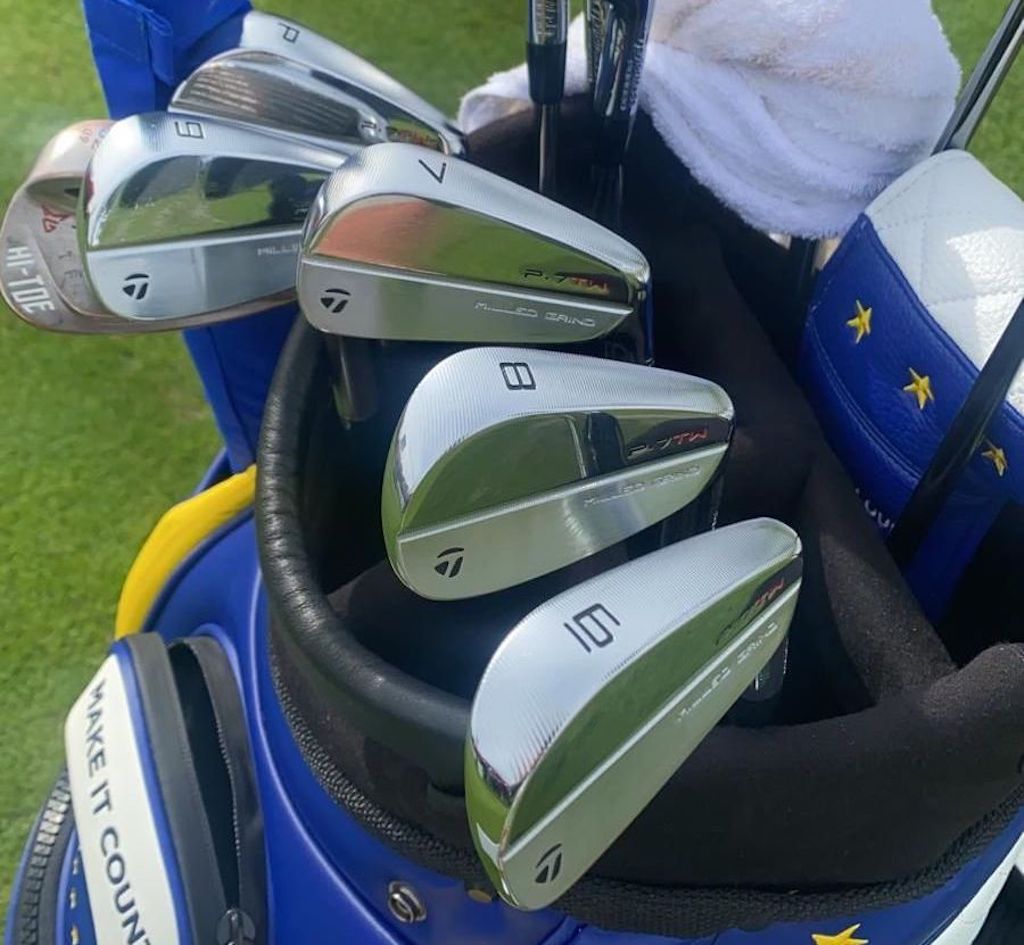 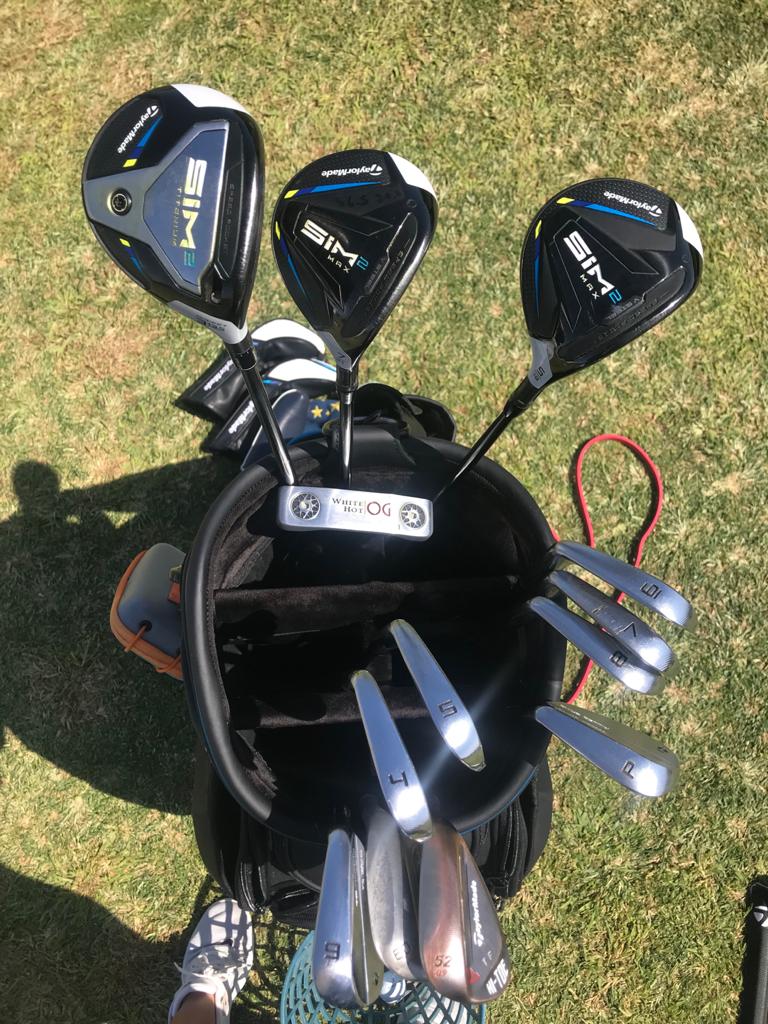 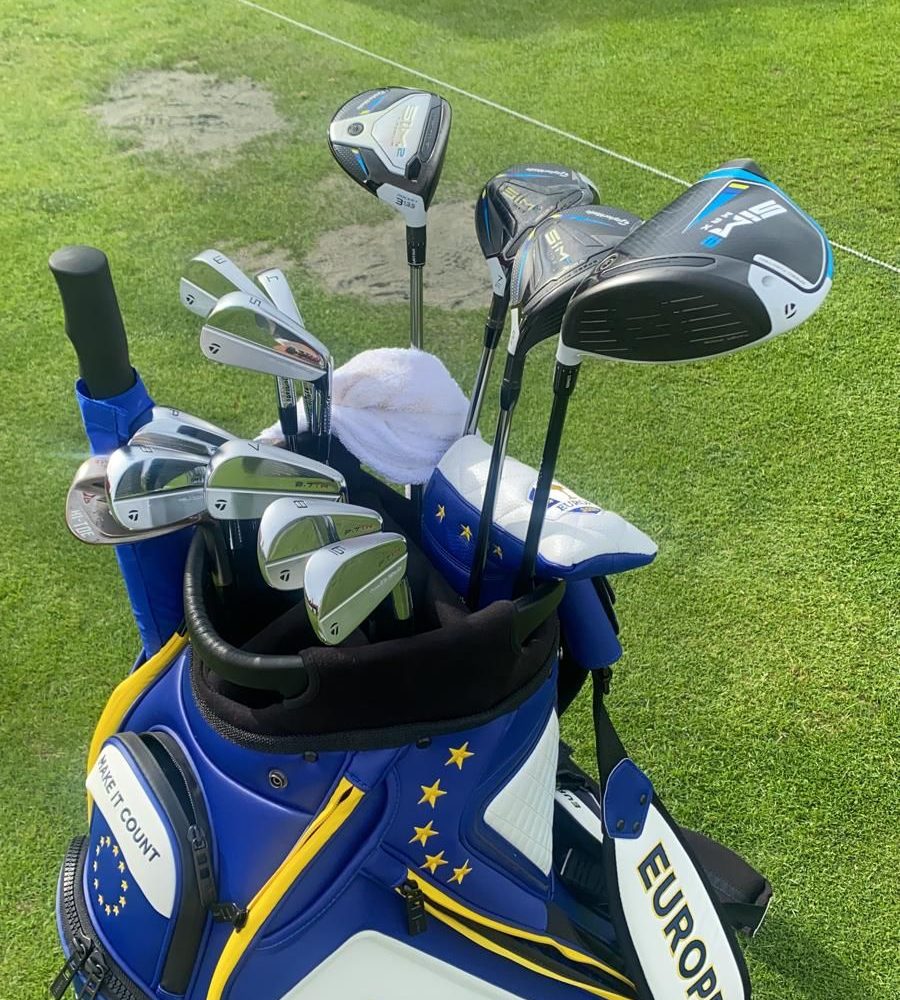 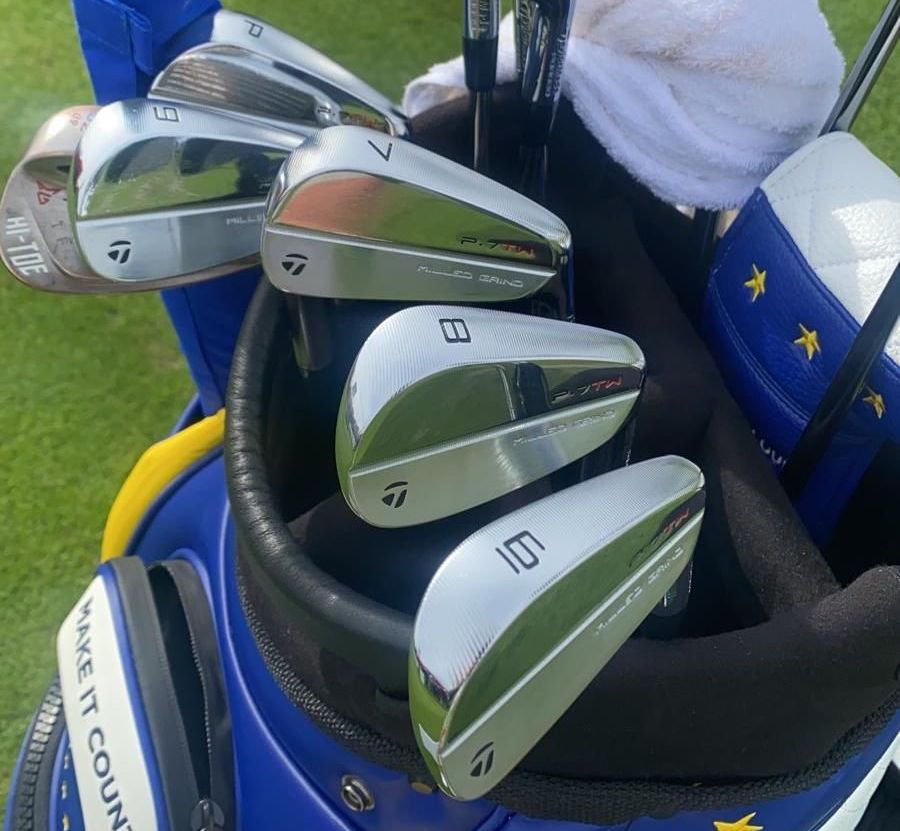 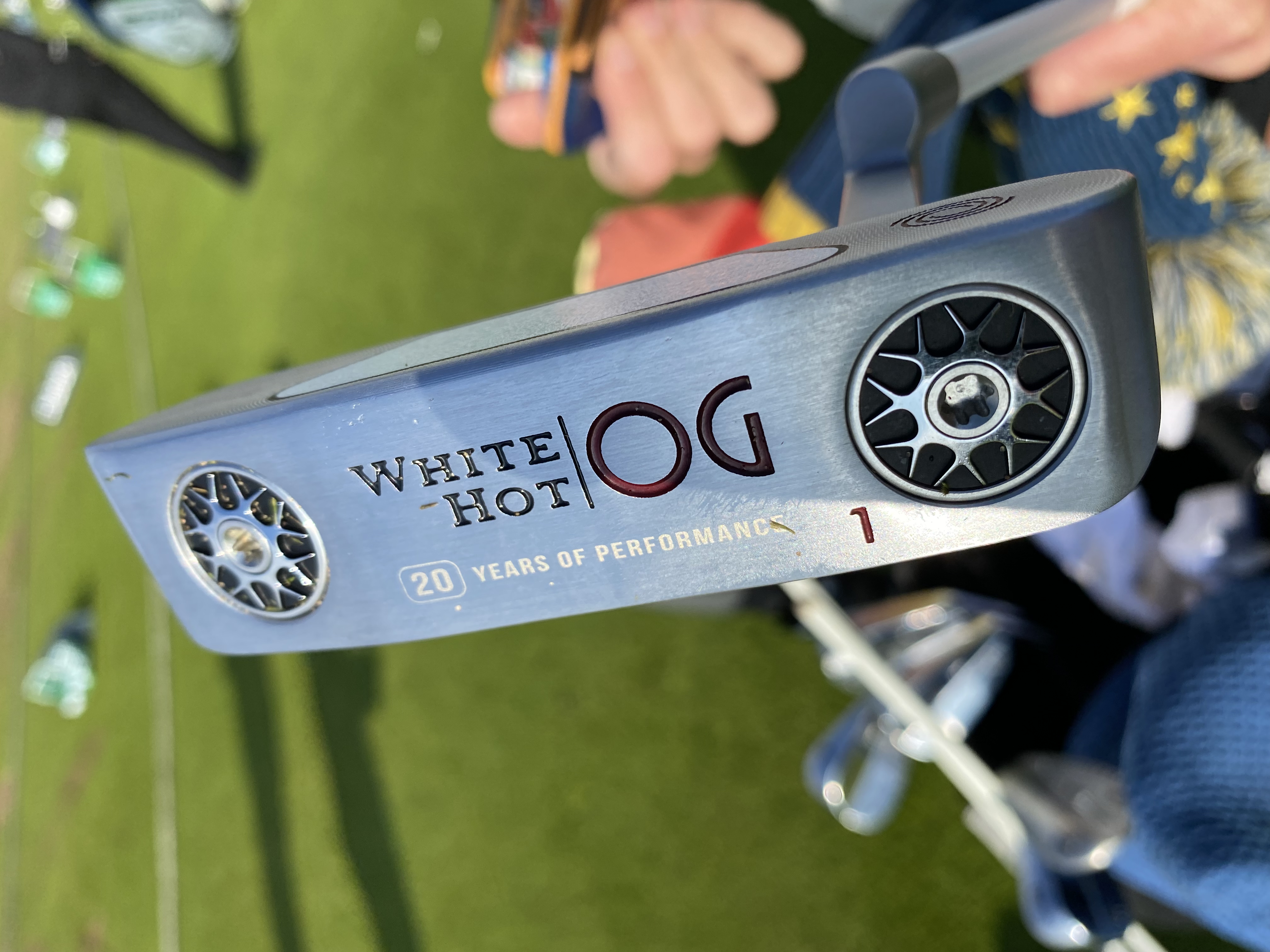 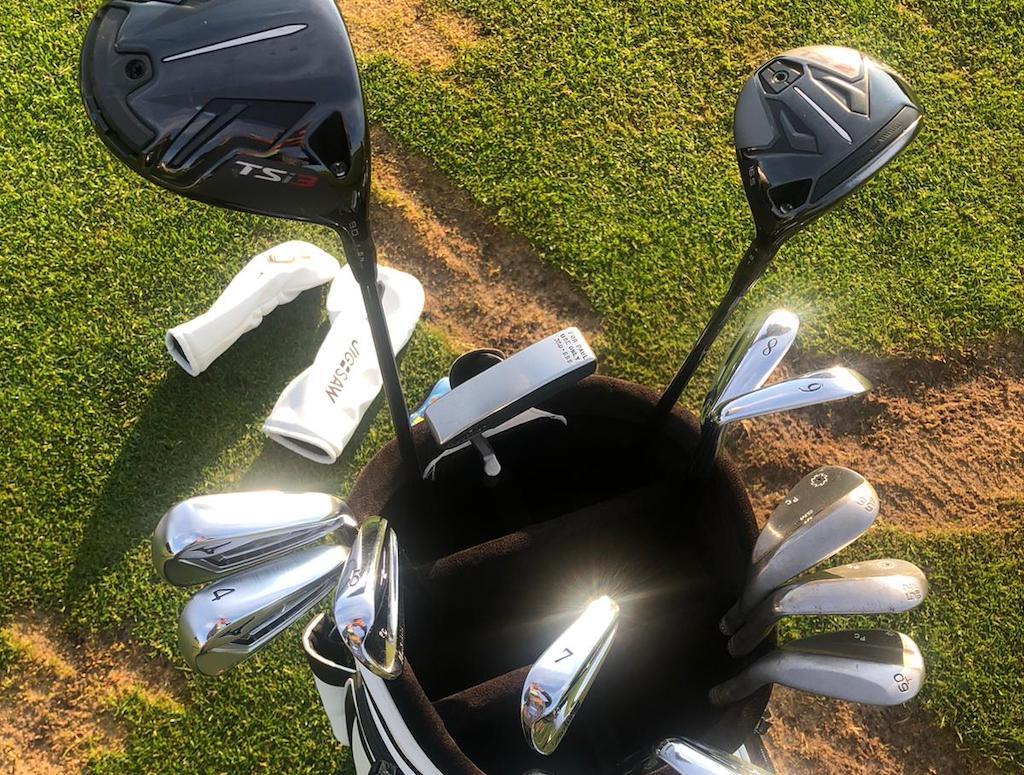 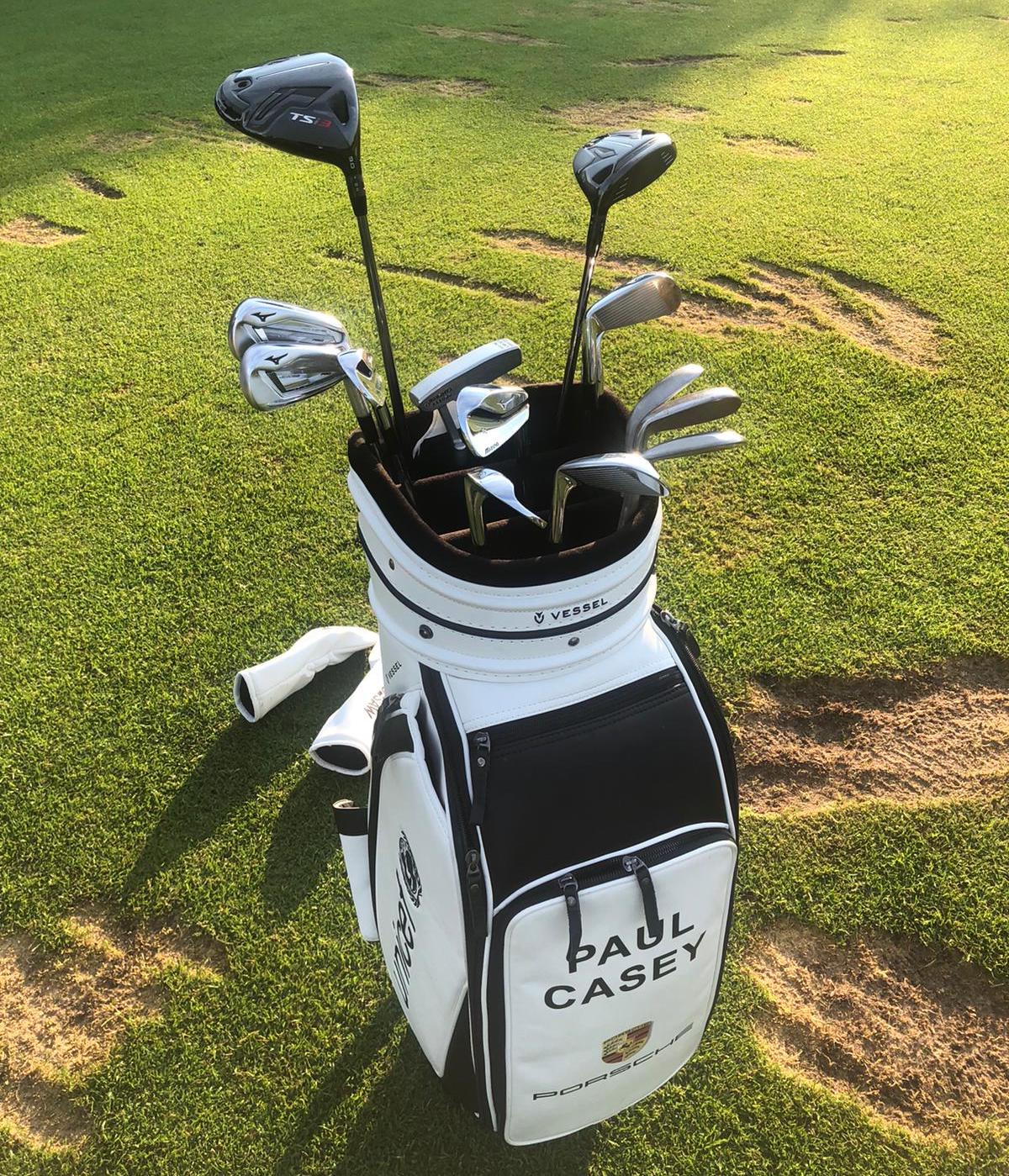 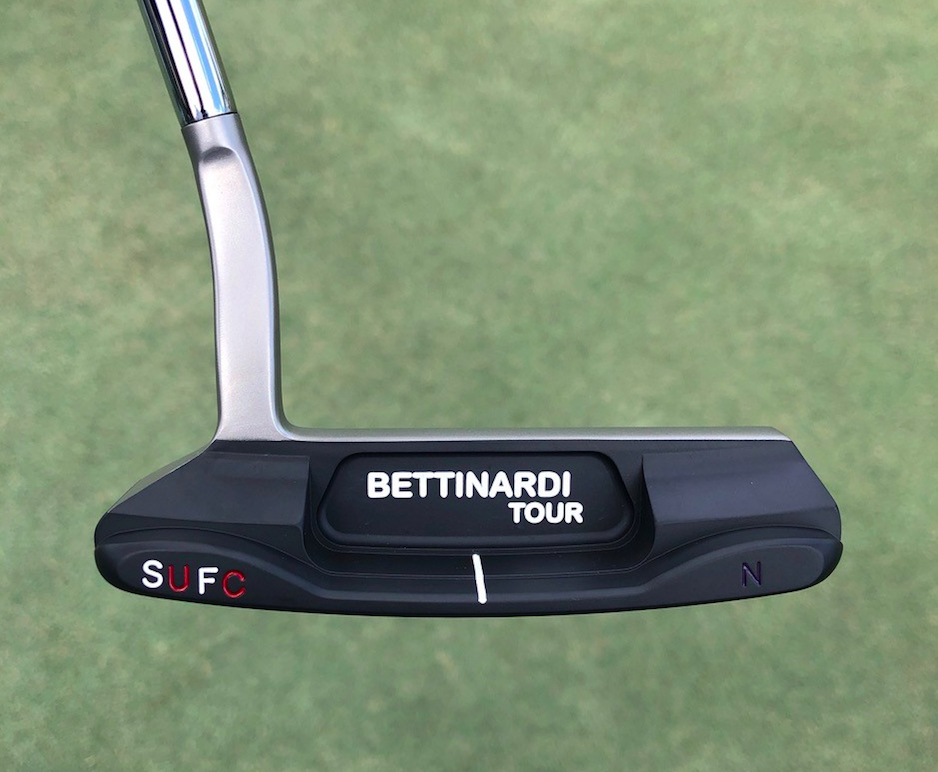 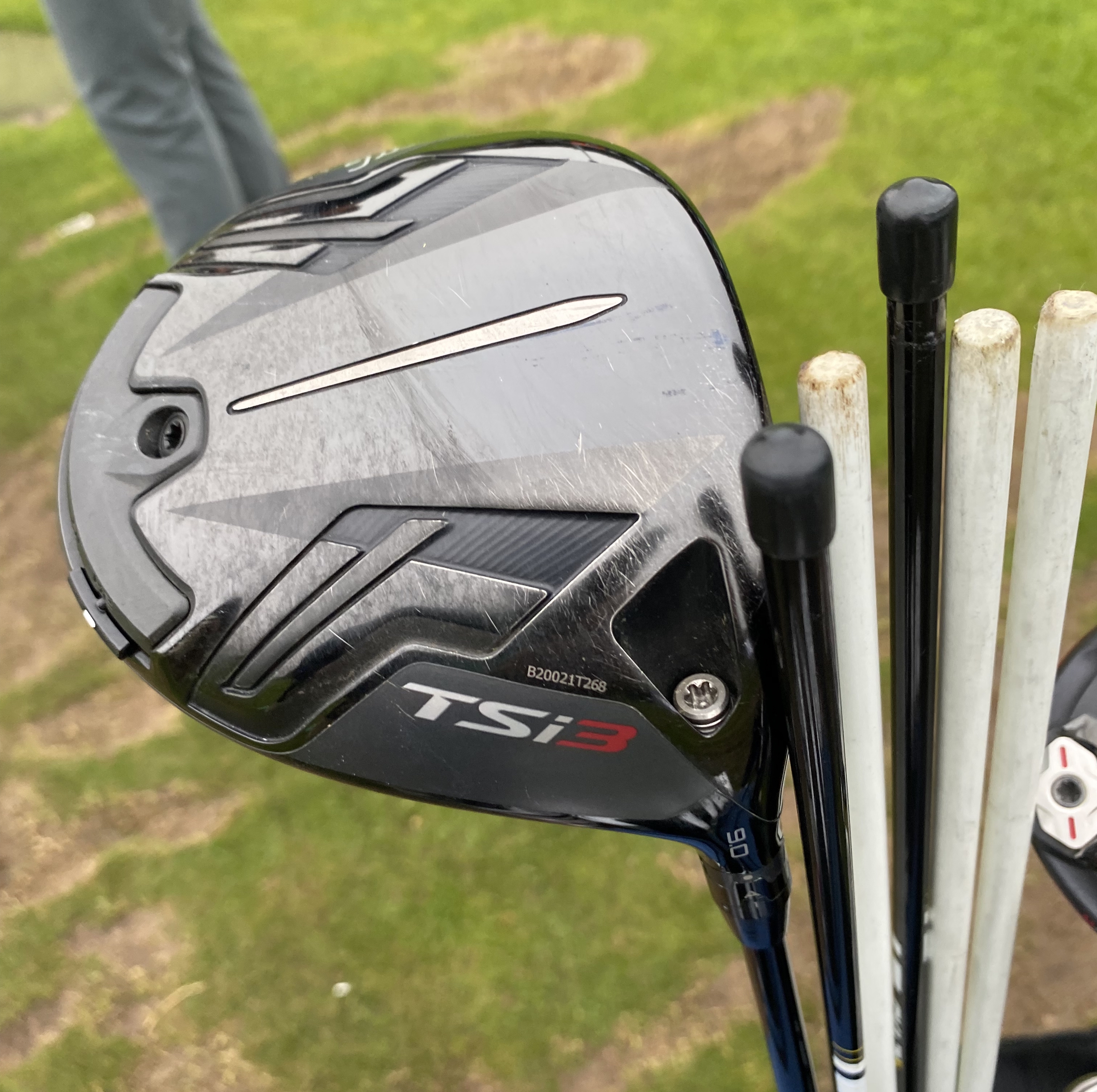 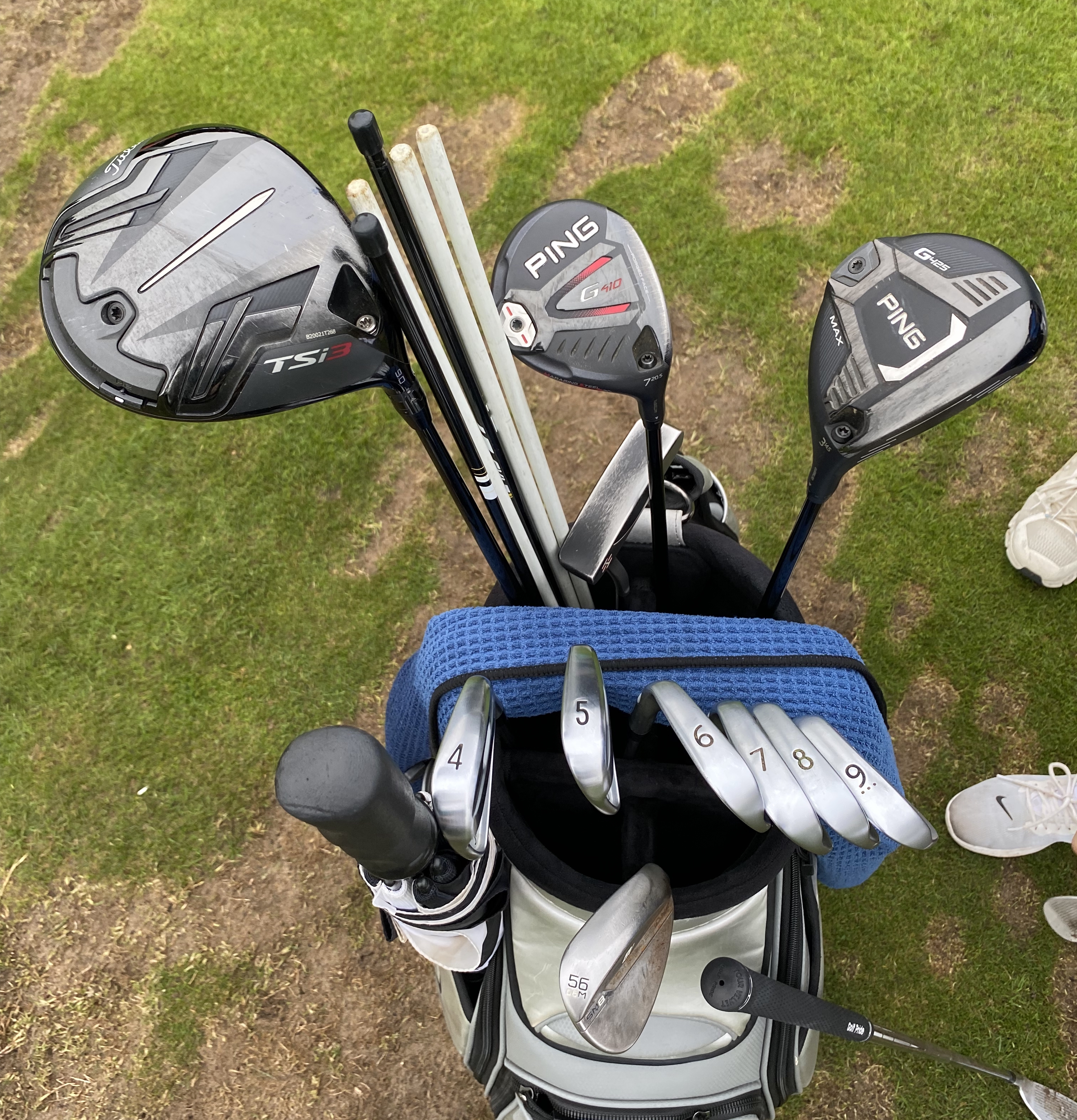 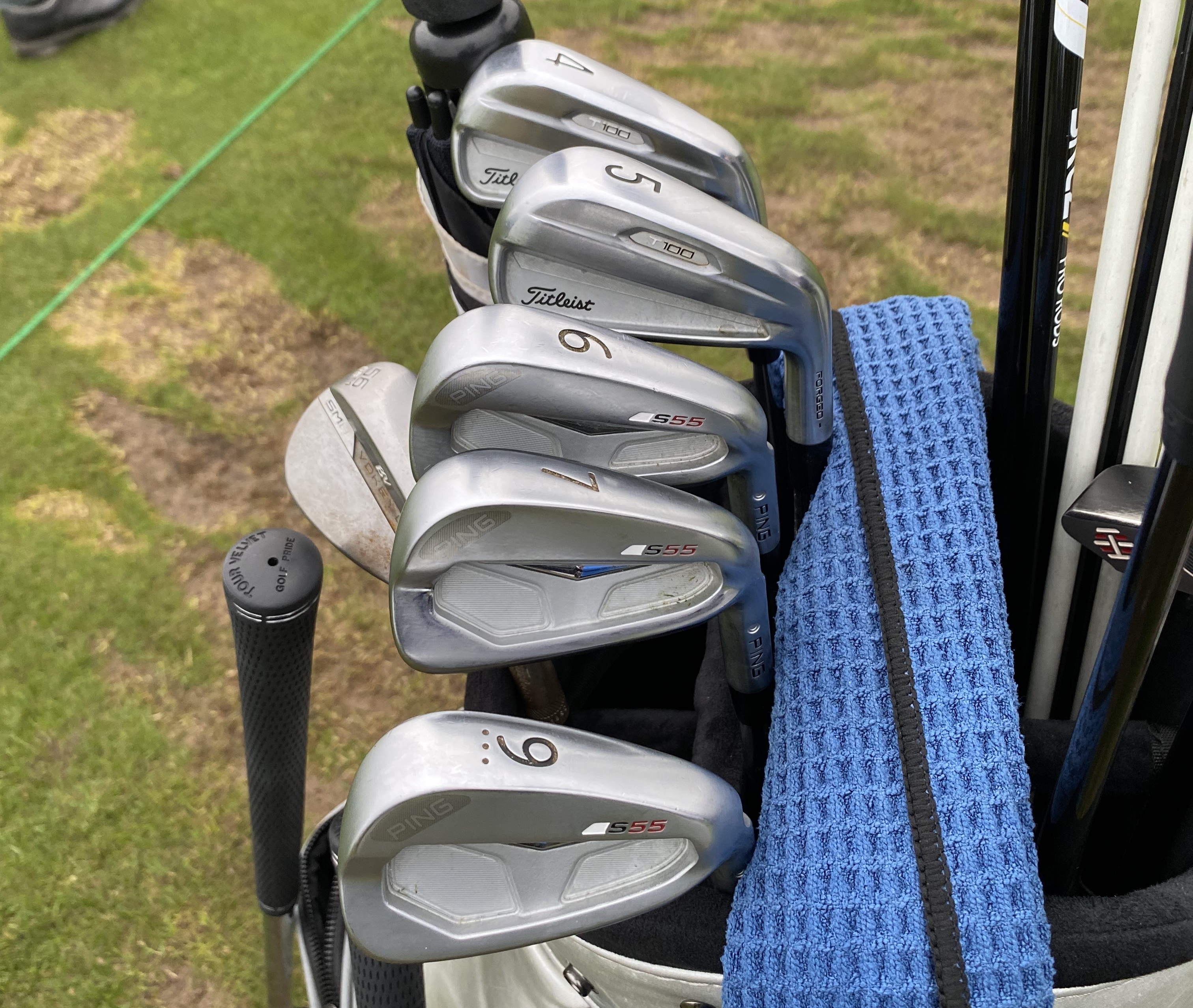 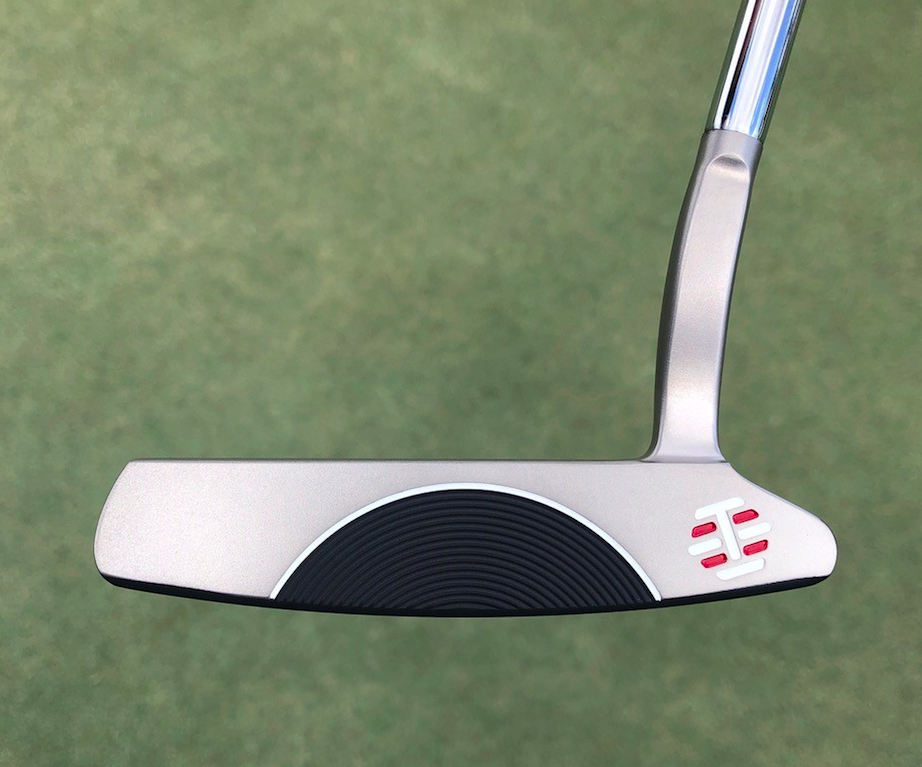 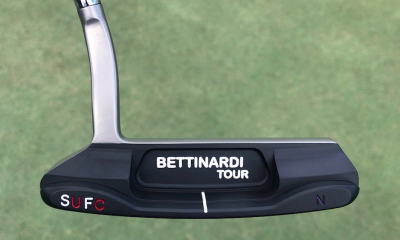 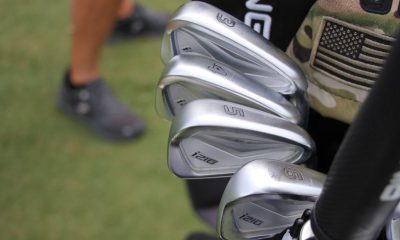