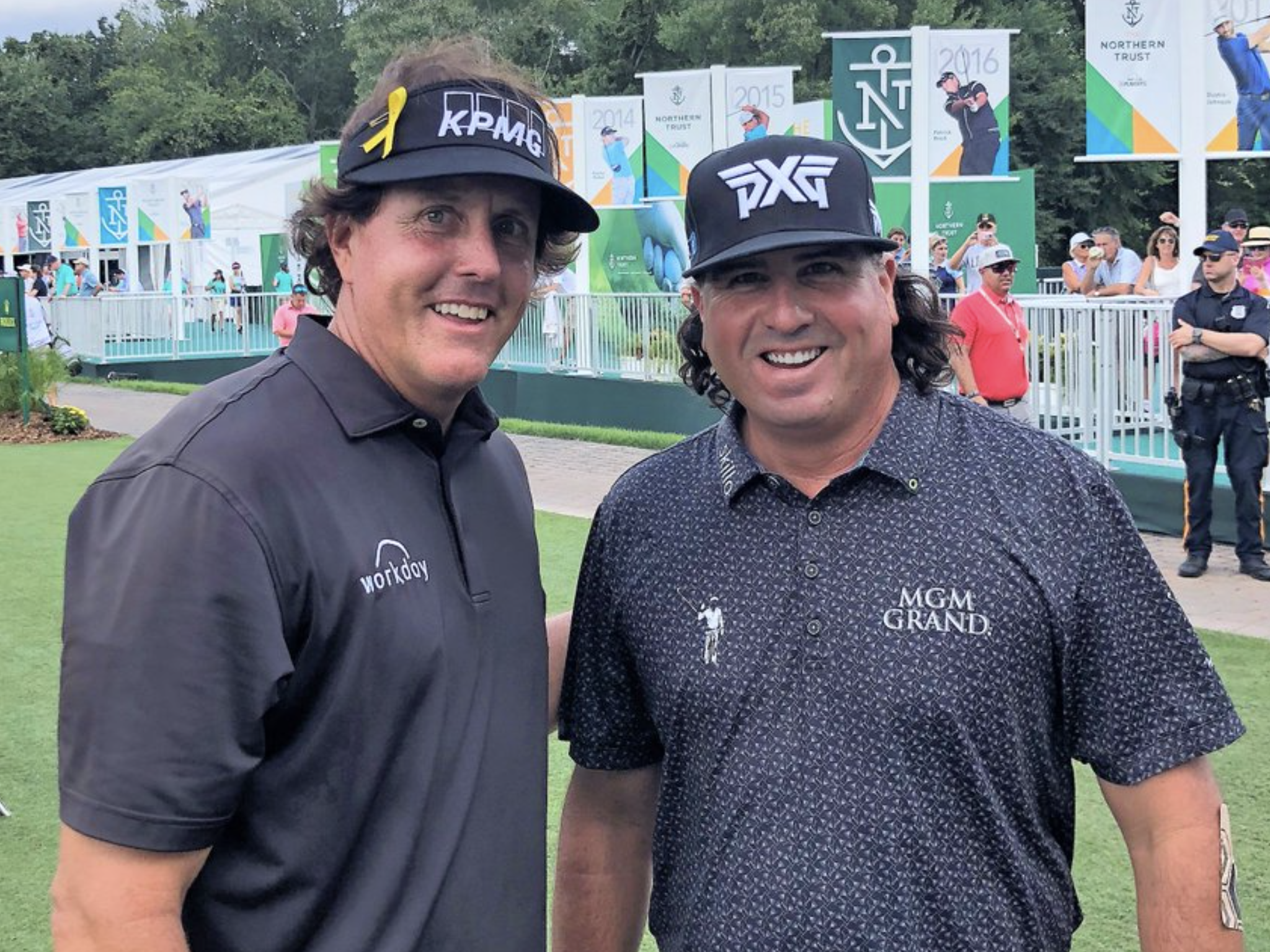 Pat Perez has had one hell of a time on the LIV Golf series.

In March he told reporters he was doubtful that the tour would go ahead, yet a few weeks later signed to the Greg Norman-led tour, prompting his wife, Ashley, to take to social media and tell the haters exactly what she thought.

Take it back to an early episode of GOLF’s Subpar podcast, and the 46-year-old told Colt Knost and Drew Stoltz that Phil Mickelson’s infamous apology was, “such horseshit.”

“In the fact that he thought he was trying to make it better for the players. He was in it for one reason. If anybody thinks he wasn’t in it for his own pocket, and his pocket only, is (blanking) high. They are (blanking) crazy.”

“He was in it for himself. Why he went down two different avenues and basically buried himself on both, I can’t figure it out.”

Either way, Perez has done rather well for himself.

Despite not finishing closer than 15th in any of the limited-field events, Perez finished 8th in the end-of-series table racking up a total of $8 million, the vast majority of that being made up by being a member of the all-conquering 4Aces GC, led by series winner Dustin Johnson, and comprising Patrick Reed (2nd in the table) and Talor Gooch (3rd).

Next season, however, DJ has made a change, with Peter Uihlein replacing Gooch – Perez, however, seems to be staying.

After the season had finished, Perez joined Claude Harmon on the Son of a Butch podcast to discuss the series and, particularly, his long-term ‘hate’ of Mickelson.

The three-time PGA Tour winner admitted that Mickelson’s comments on the Saudi regime nearly ruined what has become something of a money-pit for the players, and how Lefty committed an unforgivable act against him:

“When it comes to Phil, I have a different hate for Phil than most people. People won’t know the story. I’m not going to go into the story again, but Phil crossed the line with me that is just uncrossable and unforgivable.

He knows that he screwed up. He apologised for the accident, but I cannot forgive him for it because I’ve known Phil for a long, long time. I’ve known the guy forever.”

“And the fact that when he made this action, not only was it – he had intentions of doing it. He was already – he knew it was going to happen before it happened and when he did it – I was hurt for one. I was like, ‘how can this guy do this?'”

I didn’t really go into it on Colt’s thing (Colt Knost), but I told Colt and said ‘you’ve cut out all the reasons of why I don’t like Phil’ – the other side of the coin is that everyone thought that Phil was greedy. No, he wasn’t greedy.”

Perez was one of 11 players named on an ‘anti-trust’ lawsuit served upon the PGA Tour, but has now pulled out, having not thought it through. Mickelson has since also followed many of his LIV colleagues in removing his name from the court case, set to begin in a year’s time.

Relaxing his clear animosity towards the six-time major champion, Perez did believe Lefty was correct in some way, although could have been the downfall of many of the current playing staff.

“They all call themselves a non-profit (organisation) yet all they have is profit, so how does that work? The thing about what I was saying is Phil, yeah, Phil almost ruined the thing completely because of his comments about the deal.”

“Then guys got scared and were like ‘well this isn’t going to work now, Phil’s obviously turned, he’s saying this and this’. It couldn’t have been worse timing for the LIV group in that deal.”

“But like I said in my [previous] interview, I’m behind the Tour because I didn’t get an offer. I’d never talked to the LIV group in my entire life and then Tiger was against it – I’ve always looked up to him, but he wasn’t for it. But I didn’t have a deal.”

“Like I said, you offer me a good deal and I’m going because at this point in my life, at 46, you offer me enough cash – and I don’t have to play as much anymore, I’m out of there.”

“Phil and I had a little talk, funnily enough, the week before that all happened. Before all those comments came out, right after I did the podcast with Colt was when I think Phil was starting to get word on things that I knew. It’s not that I was really against or for it, I didn’t know enough about it and I wasn’t even considering it because I didn’t have an offer and I didn’t talk to anybody.”

Perez admitted, “Other than you [Harman] and DJ (Dustin Johnson), that’s the only reason I knew that something may have come in my direction.

“But the whole thing about me wearing out Phil has way more to do with the interaction or problem we had as opposed to him trying to beat up the Tour and going after a lot of money. That’s what needs to be clarified.”