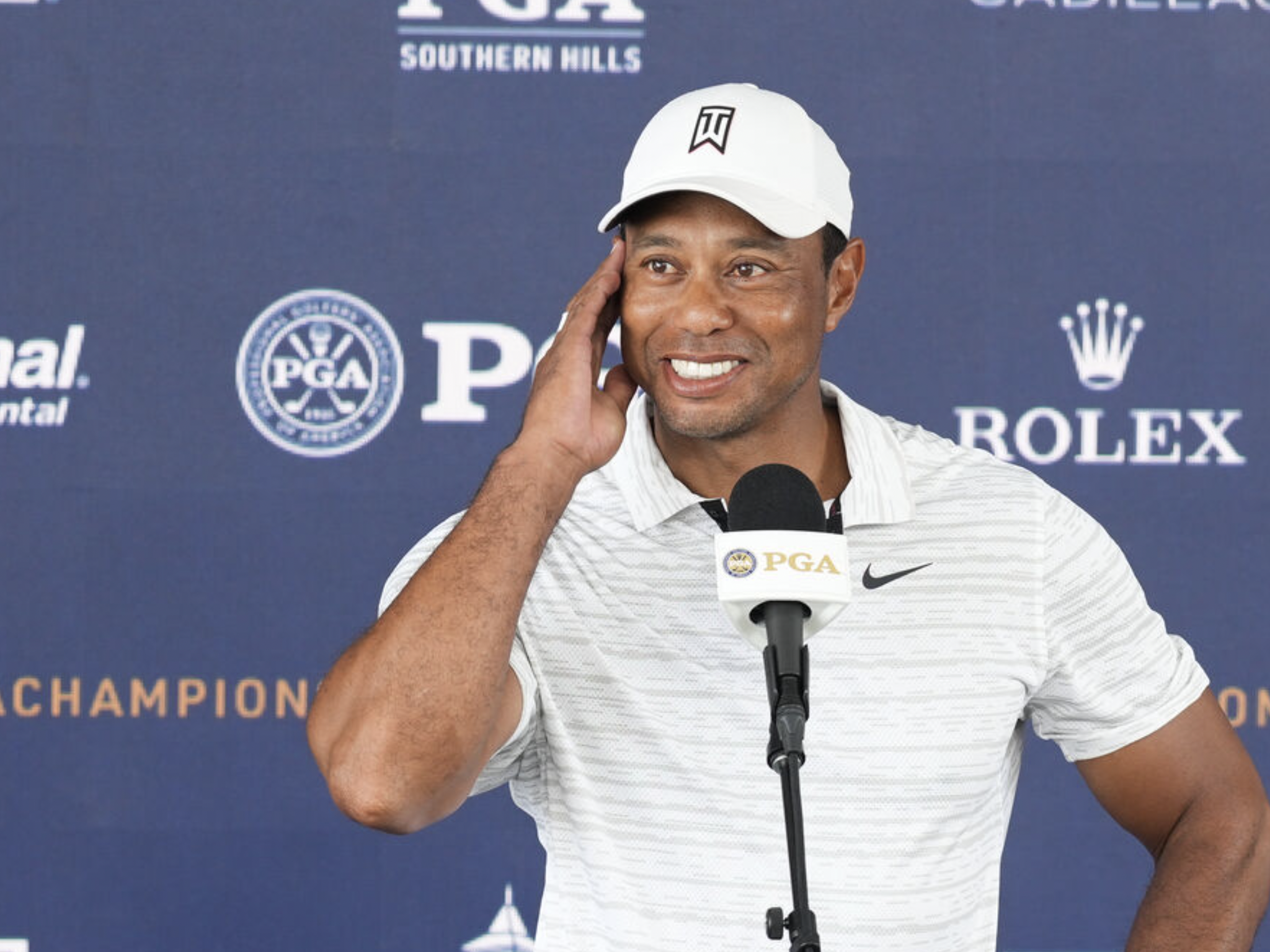 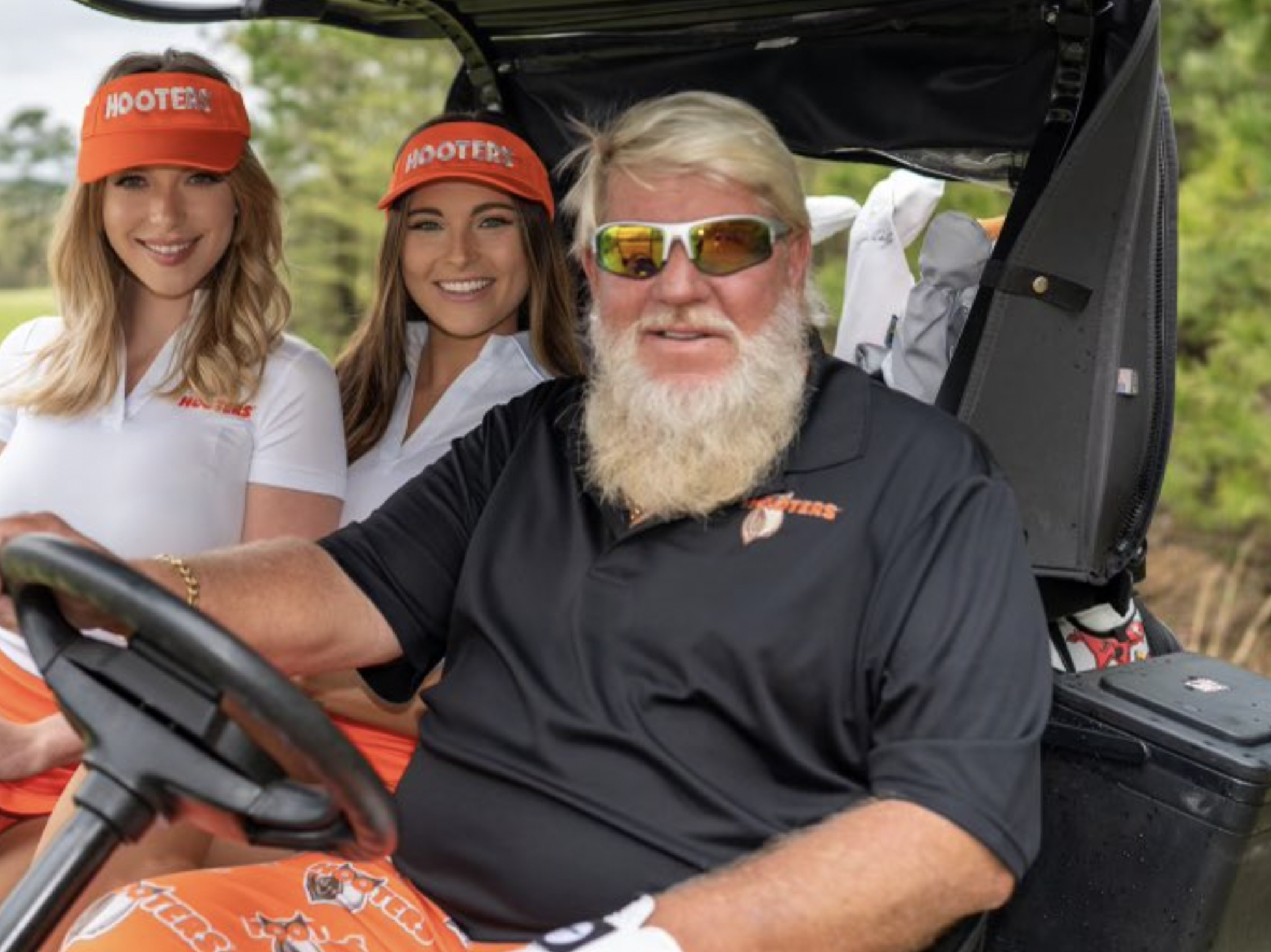 In theory, John Daly would be a perfect fit to join LIV Golf.

Although his game has obviously been on the decline, the 56-year-old is still a fan-favorite who many golf fans love to watch play. That fact was evident in his win at the PNC Championship early this season alongside his son “Little John.”

Daly currently plays on the Champions Tour, which utilize three round events similar to LIV Golf. His results have been inconsistent on the senior circuit, but he did finish in a tie for eighth at the American Family Insurance Championship back in June.

In an interview with Piers Morgan, Daly said that he’s “begged Greg Norman” to allow him to play LIV Golf.

Daly then discussed how many pro-ams the players are required to play on the Champions Tour and how little they are compensated for playing on the Tour.

On playing in the pro-ams Daly said, “Look we’ve got to get compensated for that, and the LIV Tour is giving players that.”

The two-time major champion also defended the golfers who’ve chosen to join LIV for their decision.

Daly was also asked to speak about the “morality” of LIV Golf, and Morgan added that he’s written about how much “hypocrisy” there is in the criticism.

“Long John” went on to repeat his sentiment that he “should be on that tour.”

When Morgan followed up to ask Daly why he isn’t, Daly said, “Well Greg says he’s not doing anymore and I’m too old.”

Daly also referenced playing with Bryson DeChambeau at the Open Championship who told him in regard to playing LIV that “It’s the greatest thing on earth. We still play a pro-am with two pro’s and two amateurs, which is what it should be. You’re done in four hours. And we play for a lot of money which we deserve to play for.”

Daly concluded the interview by saying he hopes that the PGA Tour and LIV Golf can work things out and “get along” because “golf is such a great game.” 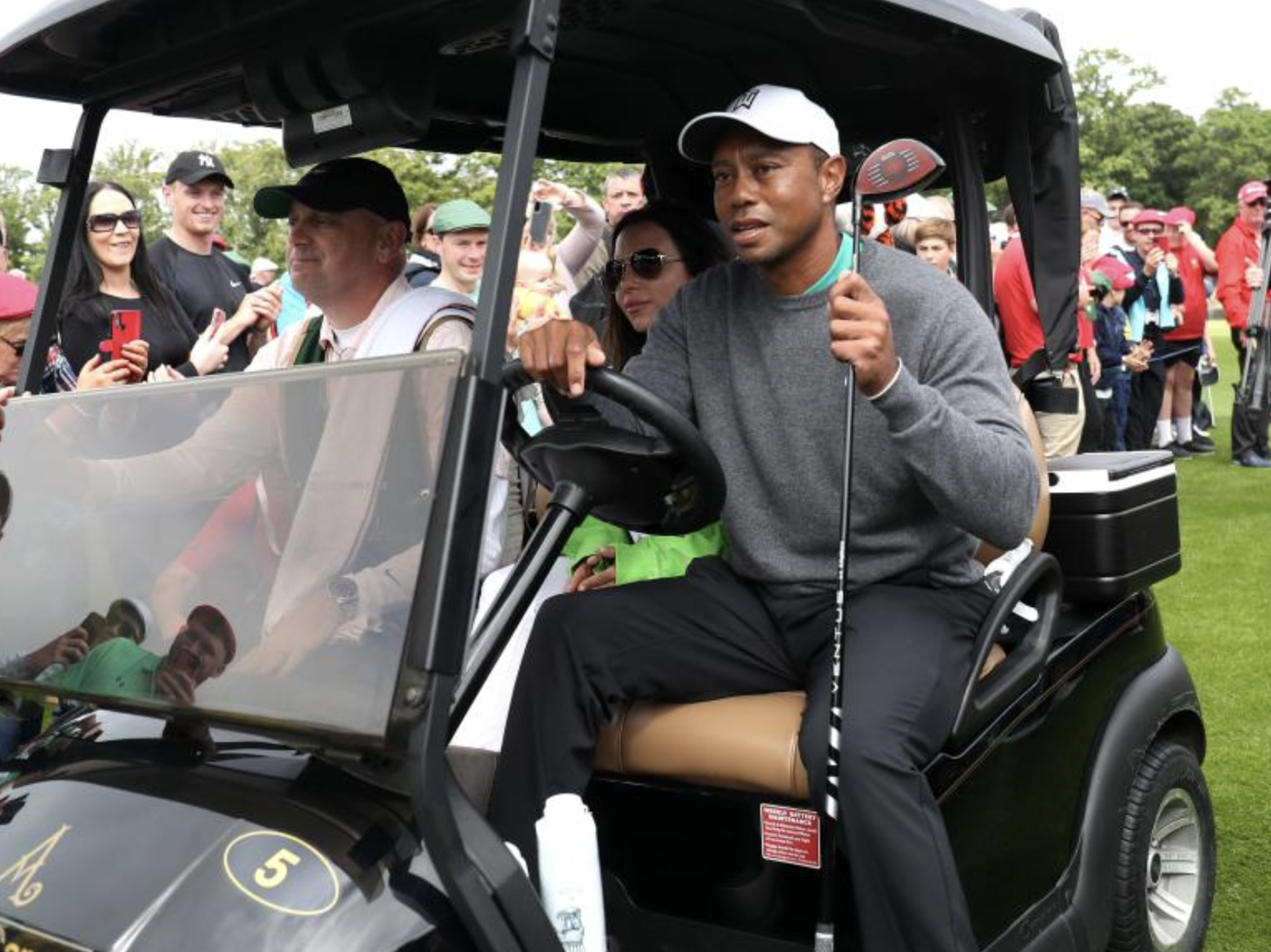 We may only see him four times over the next 10 months or so, with Joe LaCava recently lining out his future schedule, but Tiger Woods is still the player that most moves the needle.

LIV Golf may have tried to tempt viewers and sponsors with the likes of Dustin Johnson, Phil Mickelson, Bryson DeChambeau and Brooks Keopka amongst others, but the 15-time major champion continues to refuse to make what would be a momentous leap.

Over the last few months, there has been continued reference to the “mind-blowingly enormous” amount offered to Tiger at the start of the Greg Norman-led campaign, without any confirmation of the actual amount.

However, during an appearance on FOX News, the LIV CEO seemed to confirm the figure banded about.

Asked about that much-publicised phrase, Norman has confirmed the amount to be between $700-$800 million, over three times the reported amount agreed with Mickelson, Tiger’s great rival of the early 2000s, and certainly more than any of the previous Masters winners have been offered.

The 67-year-old, a two-time winner of The Open, told Tucker Carlson of Fox:

“That number was out there before I became CEO, so that number has been out there, yes.

“And, look, Tiger is a needle-mover and of course you have to look at the best of the best. So they had originally approached Tiger before I became CEO. So, yes, that number was somewhere in that neighborhood.”

During the interview, Norman was asked about the controversy that continues to surround the Saudi-backed tour, to which he replied,

“I really don’t care. I just love the game so much and I want to grow the game of golf and we at LIV see that opportunity not just for the men but for the women.”

That last phrase may just signal an interesting turn of events in the not-to-distant future. 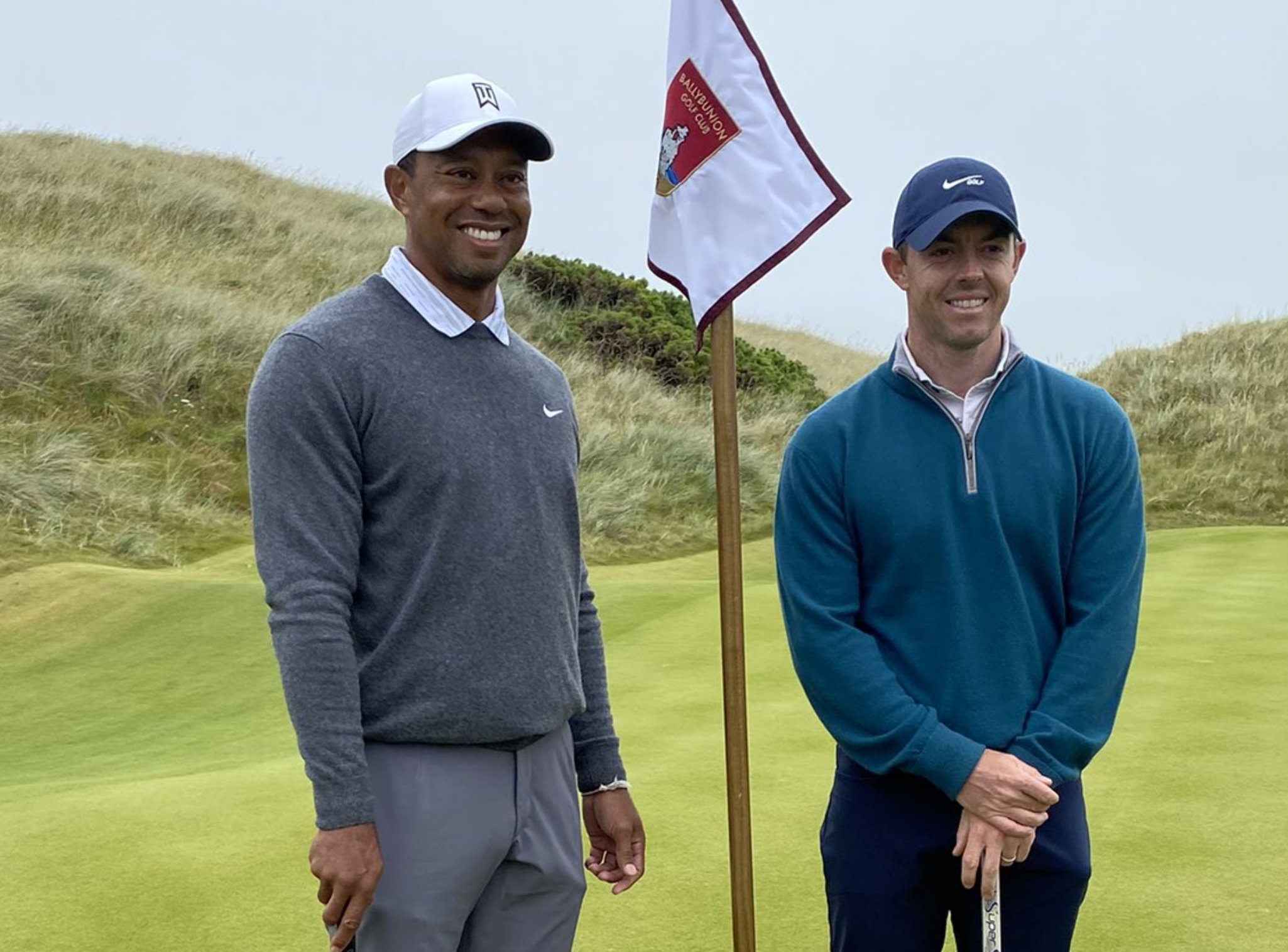 In an interview with The Irish Times, DP World Tour player Mike Lorenzo-Vera shared his belief that taking down LIV Golf would be a fairly straightforward task.

Speaking about players who haven’t been as vocal as they should in his view, the Frenchman told the publication:

“I’m very surprised about the silence. Use your social network. What are you doing? Go ahead. Speak.”

“The [DP World Tour] players are totally against the way the players go there and come back and particularly the way they go to the law to try to avoid the fines. There are a lot of people who are on the same page.

“They are taking the money and they are just laughing in the face of people.

“The players are against the way LIV Golf is doing it. They are just scared that negative comments could come back to them. It’s time to stand up and show the European Tour has history and the players are not just little brats.”

According to the 37-year-old, if Tiger Woods or Rory McIlroy spoke out more strongly against LIV Golf, they could severely limit what the Greg Norman-backed golf series would be able to accomplish.

However, in his mind both Tiger and Rory have been “too soft” in their stance, although per the publication, he admits it’s trickier for them due to their high profiles.

“If Tiger and Rory really wanted to take it down, they could. If they really want to, they could talk like myself, Robert MacIntyre or Billy Horschel for example. If they start to show their anger, I think they can do a great job by limiting what’s going on.”

“They are throwing huge money to steal players because Norman is angry at the tours. It’s his last shot, how old is he 70 something?”

Lorenzo-Vera has been very outspoken on Twitter about his disdain for LIV Golf in recent months.

Very strange… in my opinion , only guys that looked like proper persons didn’t go to that laughable « Tour » https://t.co/z8AQpT2RMN

It would be nice to hear other players that thinks all of this LIV golf is a joke and the attitude of the players going there is unacceptable. Because @PepperellEddie and I , is not enough to show how much the @DPWorldTour family stands against it.

Lorenzo-Vera didn’t hold back when sharing his opinion on the statement Henrik Stenson released after abandoning the Ryder Cup to join LIV Golf.

It’s nice to see lawyers write instead of the player… it feels so honest. What a disappointing behavior… what a bunch of bullshit… thank you to drop the team Henrik. Great role model… https://t.co/XZtG6ivO5E

He’s also said via Twitter that he hasn’t talked to any player who’s joined LIV Golf since they’ve left.

There have been plenty of differing opinions on LIV Golf since its inception, but Mike Lorenzo-Vera has made his crystal clear. 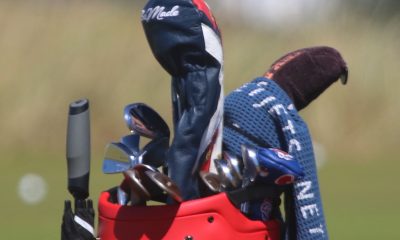 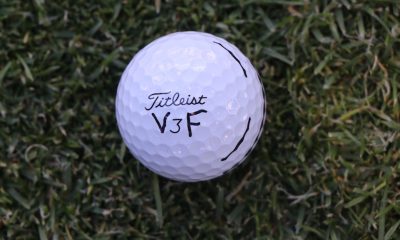 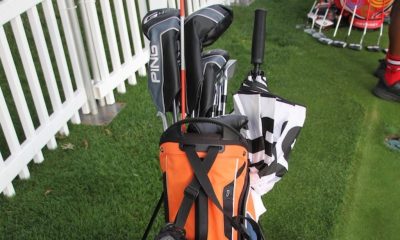 Luke Guthrie what’s in the bag accurate as of the the Rocket Mortgage Classic. More photos from the event here.... 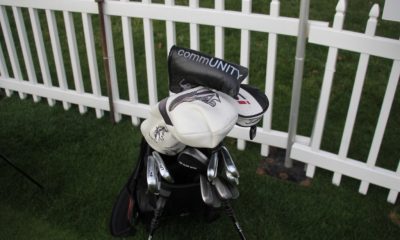 Wyatt Worthington II what’s in the bag accurate as of the the Rocket Mortgage Classic. More photos from the event...