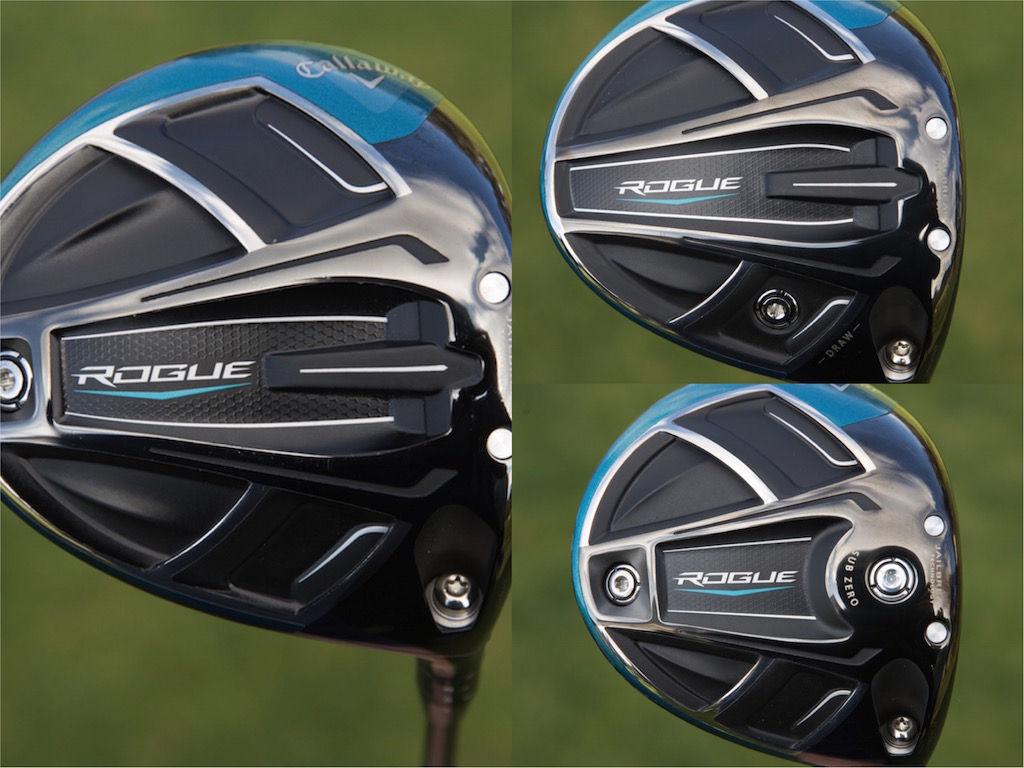 How do you back that up? How do you replace a driver that’s been so successful?

Callaway’s new Rogue, Rogue Sub Zero and Rogue Draw drivers, as Callaway says, do not replace its GBB Epic and GBB Epic Sub Zero drivers of last year. Instead, Rogue is an all-new line that improves on the Epic technologies, but the company will continue to sell its Epic drivers.

Actually, if you follow Callaway’s trends over recent years, you may realize that the company should be coming out with an XR 18 line of drivers and fairway woods. That’s not the case, however. In this sense, Callaway is “going rogue.” Company representatives say that with the new Rogue drivers and fairway woods, the company is “doing what the industry is not expecting us to do.” This means that instead of coming out with an XR 18 driver at a price point of say $379, it is launching the Rogue drivers at $499.99 and packing them with improved-upon technologies than were in the Epic drivers, for more forgiveness and better aerodynamics. Callaway also says “the XR line is done for us.”

The original Jailbreak technology in the Epic drivers consisted of two titanium bars that sat behind the face; the idea is that the bars gave the structure more strength, or stiffened the crown and sole, to allow the faces to be made thinner, and therefore faster, without sacrificing durability. But with the Rogue drivers, Callaway wanted to save weight from these bars in order to displace the weight elsewhere (re: lower and more rearward in the head for more forgiveness). So Callaway’s engineers designed new hourglass-shaped Jailbreak bars, which are thinner in the middle portions of the titanium bars, and thicker near the crown and sole. This allowed the company to save 25 percent of the weight from the Jailbreak design without sacrificing the benefits of higher ball speeds across the face. You’ll notice from address (in the photo below) that the body looks a bit more stretched out than the Epic drivers; that’s to drive CG (center of gravity) more rearward to raise MOI (moment of inertia, a measure of forgiveness). The new hourglass design allowed that to be possible, as well getting rid of the weight-shifting track in the rear of the sole, as seen on the Epic drivers. 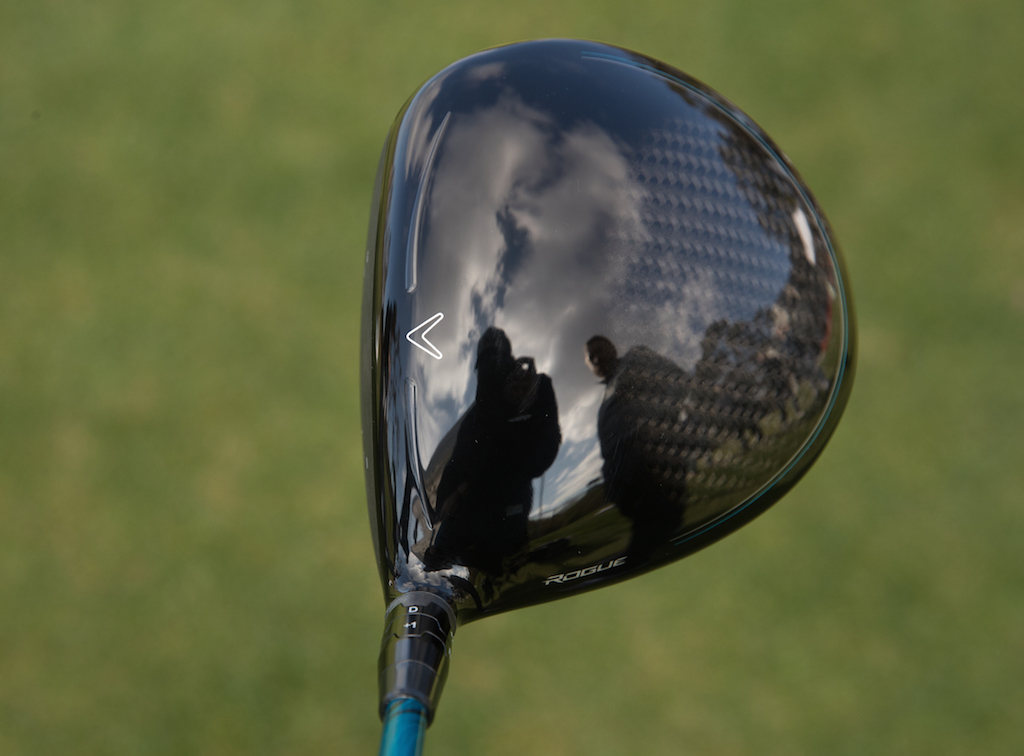 Callaway’s Rogue drivers, unlike the GBB Epic drivers, use the Boeing aero package — equipped with speed trips on the crown and an overall more aerodynamic shape — that the company introduced in the XR 16 drivers. The Rogue drivers also use a new X Face VFT technology that uses variable face thicknesses across the face to boost ball speeds on off-center strikes. The triaxial carbon crowns of the Rogue, which Callaway calls it’s largest carbon crowns ever, also save weight from the top of the club that is displaced lower in the heads to drive CG lower and more rearward.

The overall result is 0.6 mph more club head speed from the Rogue drivers compared to the GBB Epic, according to Callaway, and a 16 percent tighter dispersion.

The new Rogue Draw, with a 5-gram screw in the sole toward the heel, and with additional internal heel wighting, is for those golfers who want to fix their slice. The GBB Epic driver, with the 17-gram weight all the way in heel, hit the golf ball 11 yards left of center, according to Callaway’s testing. The Rogue Draw hits it 18 yards left of center. That means the Rogue Draw will draw the ball 7 yards farther than a GBB Epic set to draw.

The Rogue, Rogue Sub Zero and Rogue Draw drivers will be available at retail on February 9 for $499.99 each. Callaway Customs will also be available on each of the drivers in March. See below for more information on stock shafts, and keep reading for info on the fairway woods.

Discussion: See what GolfWRX Members are saying about the Rogue drivers and fairways in our forums 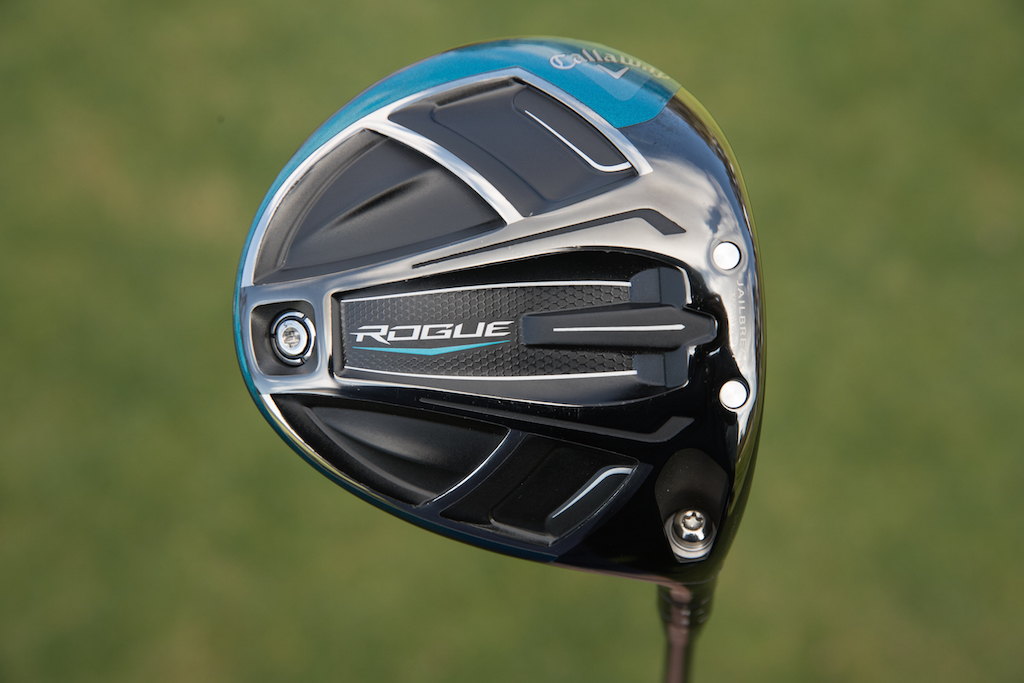 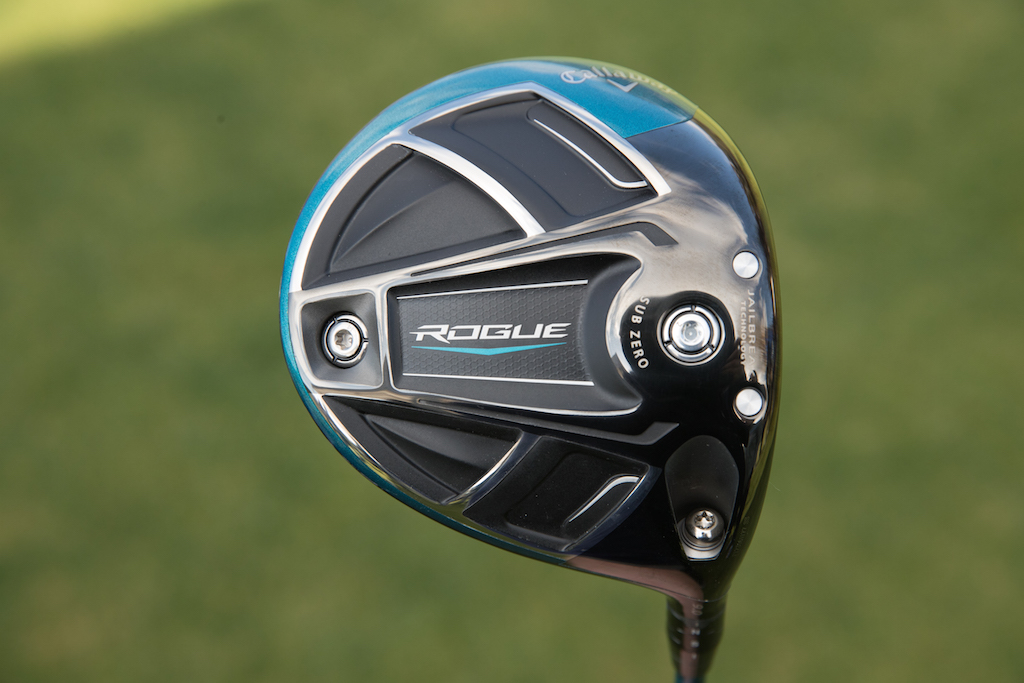 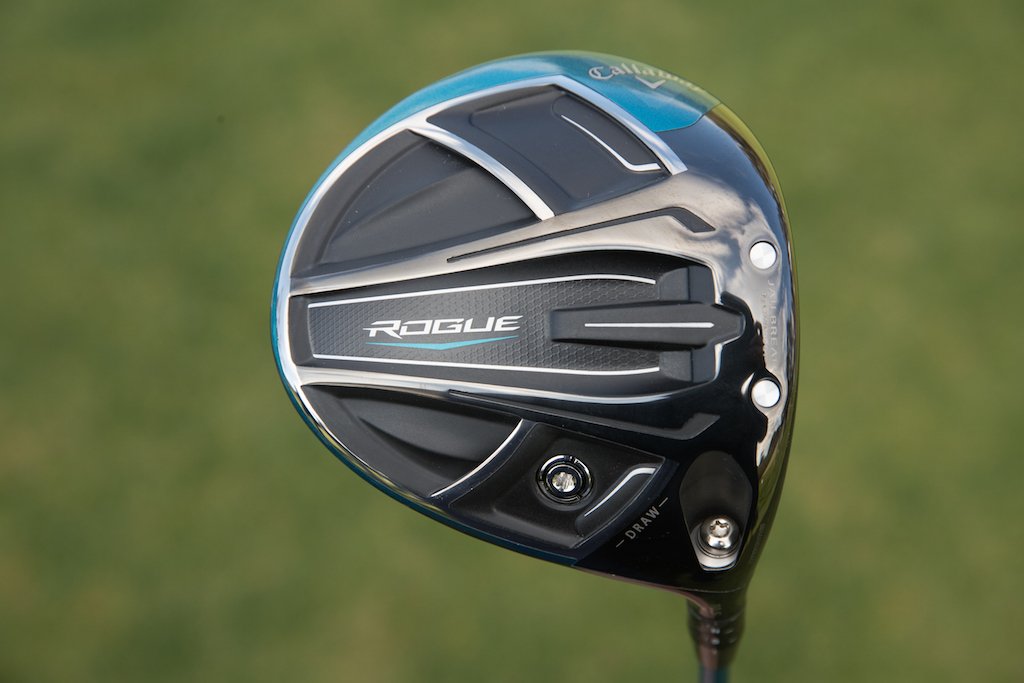 The Rogue Draw is available in 9, 10.5 and 13 degree lofts. Stock shafts include the same offerings as the standard Rogue model, which include Aldila’s Synergy and Quaranta shafts, and Project X’s EvenFlow and HZRDUS Yellow shafts.

Callaway’s Epic fairway woods did not have Jailbreak technology, but the Rogue fairways do. Also, unlike the hourglass-Jailbreak that’s in the Rogue drivers, the Rogue fairway woods do not have the hourglass shape, and they’re made from steel instead of titanium. According to Callaway, while it wanted to make the Jailbreak technology lighter in the drivers, it actually wanted to make it heavier in the fairways, thus they’re made from steel and do not have the weight-saving hourglass shape.

Jailbreak in the Rogue fairway woods combines with Callaway’s familiar Face Cup technology. The Rogue fairway woods faces are made from “ultra-thin” Carpenter 455 steel, and the Face Cup is designed to boost ball speeds on off-center hits. Additionally, the Rogue fairways use Callaway’s Internal Standing Wave to position CG low-and-forward for high launch and low spin, they use triaxial carbon crowns to save weight from the top portions of the club to also shift CG lower, and they use the Boeing aero package for more club head speed.

The Rogue Sub Zero fairway woods, which have more compact shapes and deeper faces, also have a 5-gram weight in the forward portion of their soles in order to driver CG even more forward. This design will help high-spin golfers lower spin for more distance.

The Rogue and Rogue Sub Zero fairway woods will sell for $299.99 each starting on February 9. See below for shaft details. 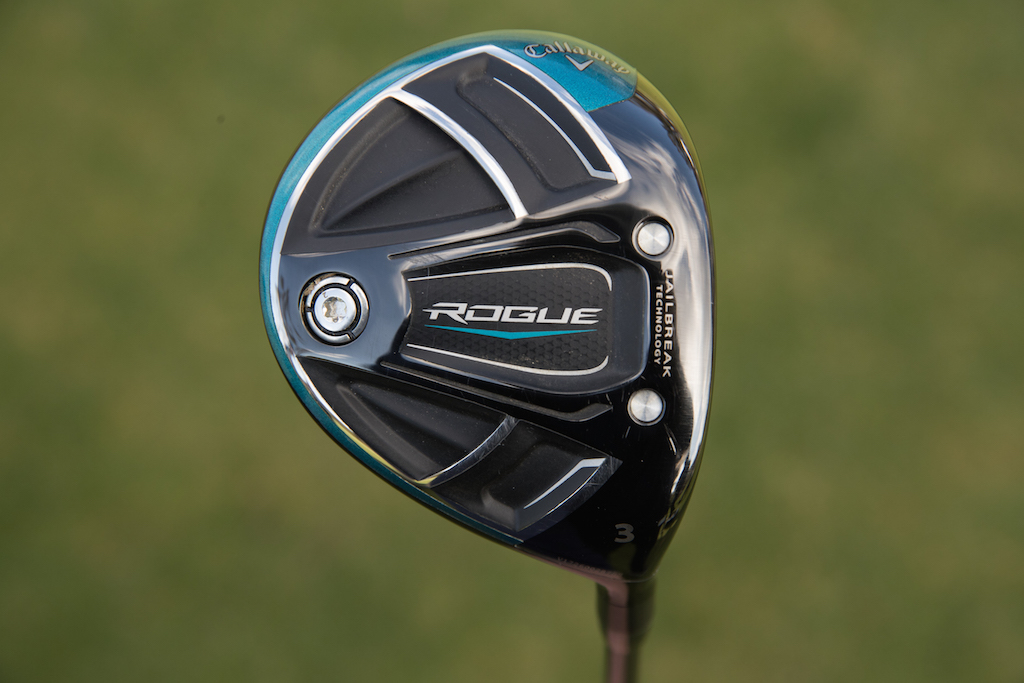 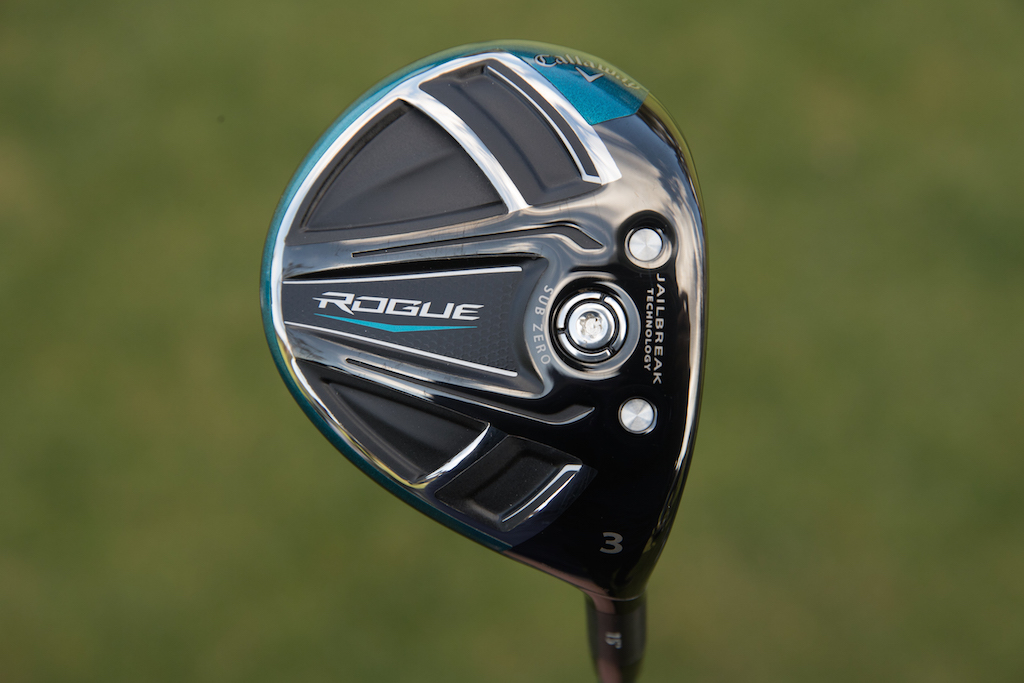 Discussion: See what GolfWRX Members are saying about the Rogue drivers and fairways in our forums 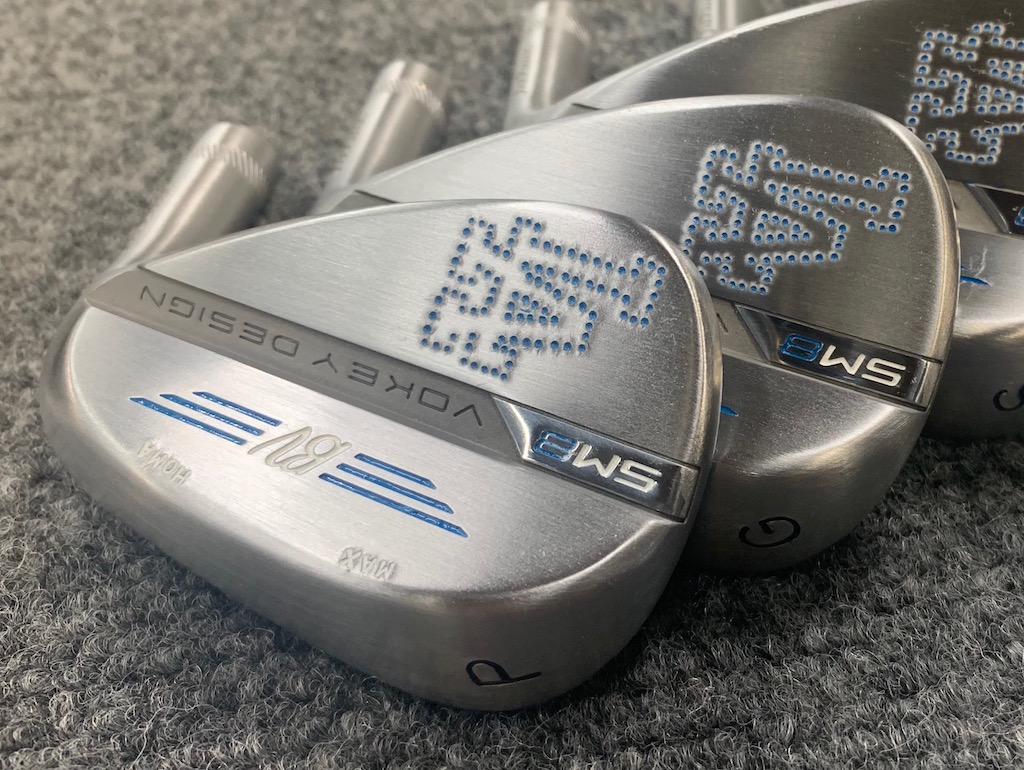 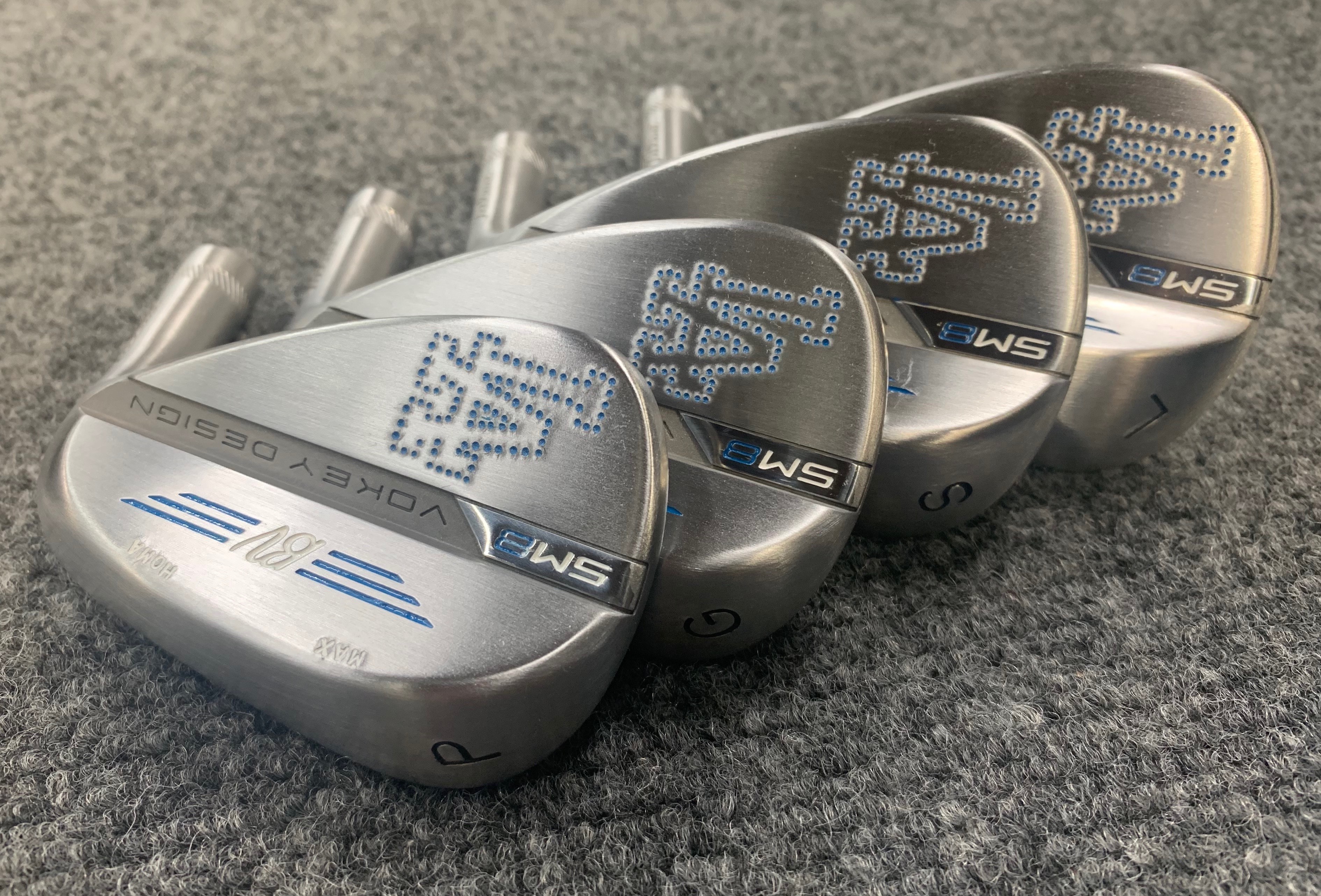 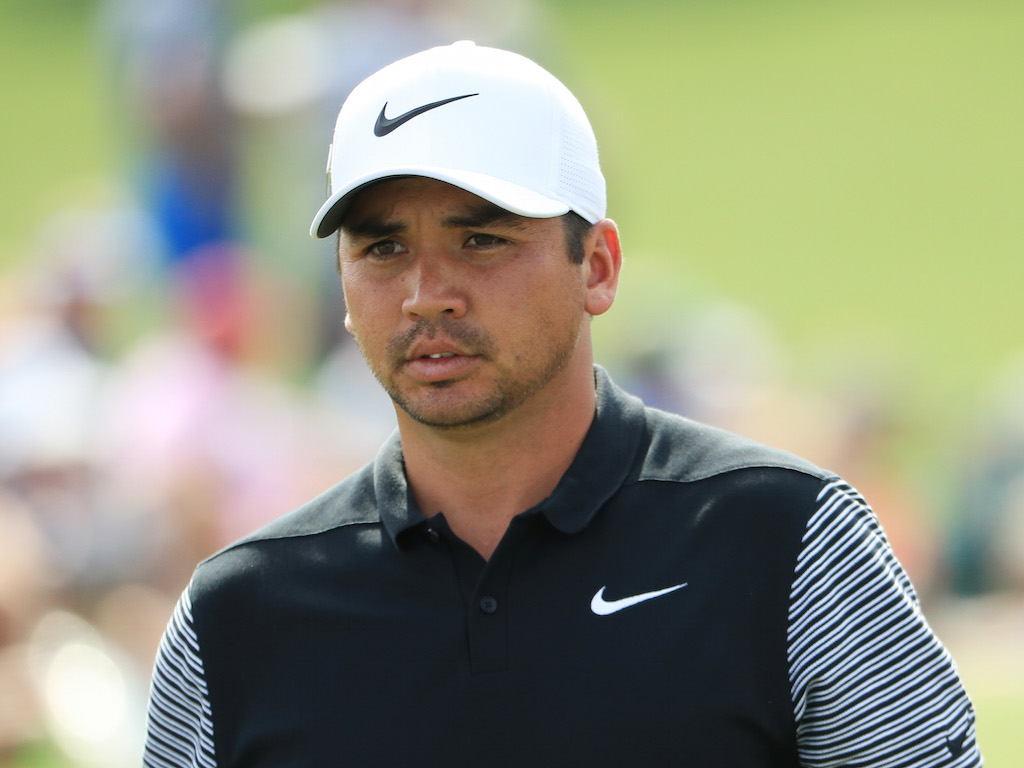 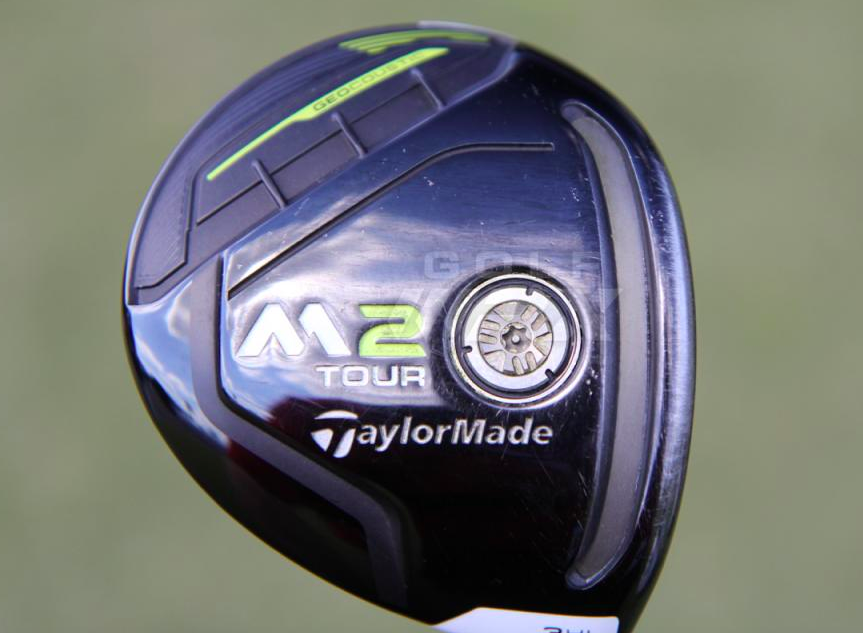 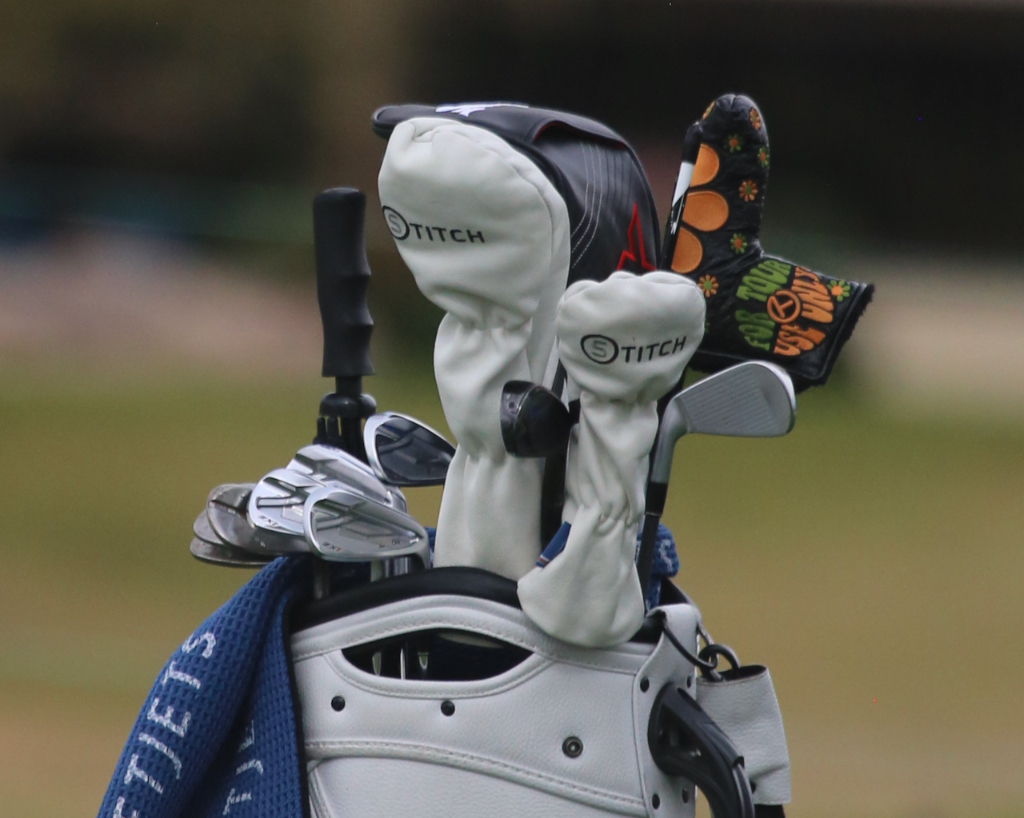 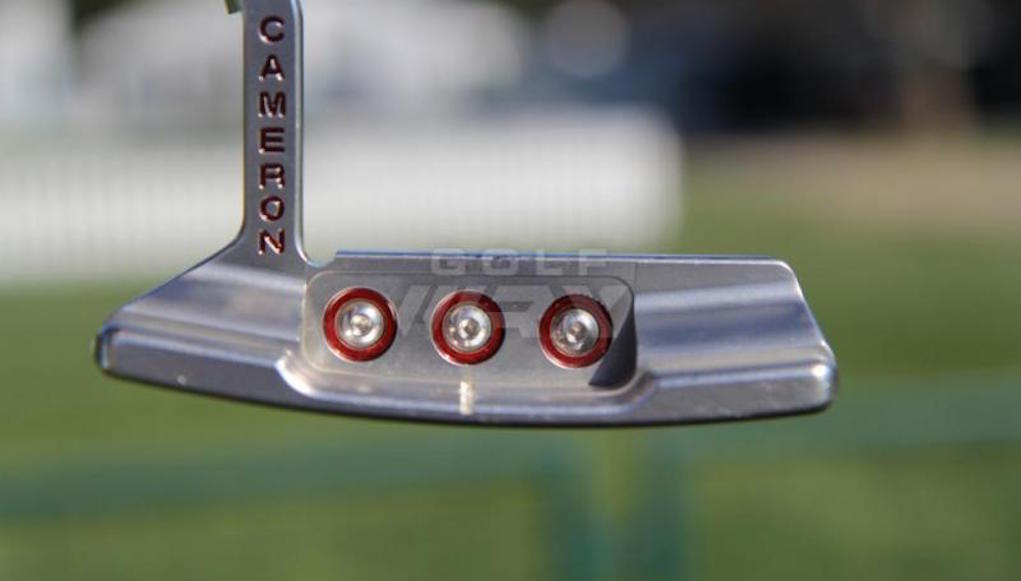 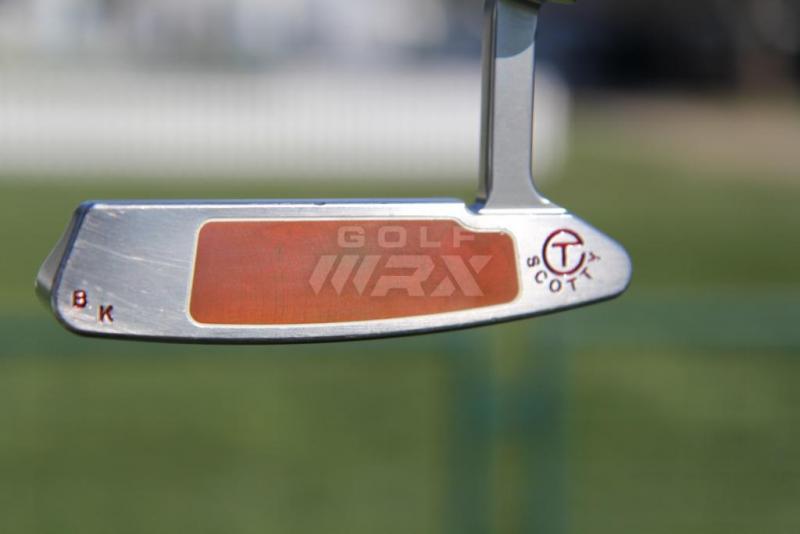 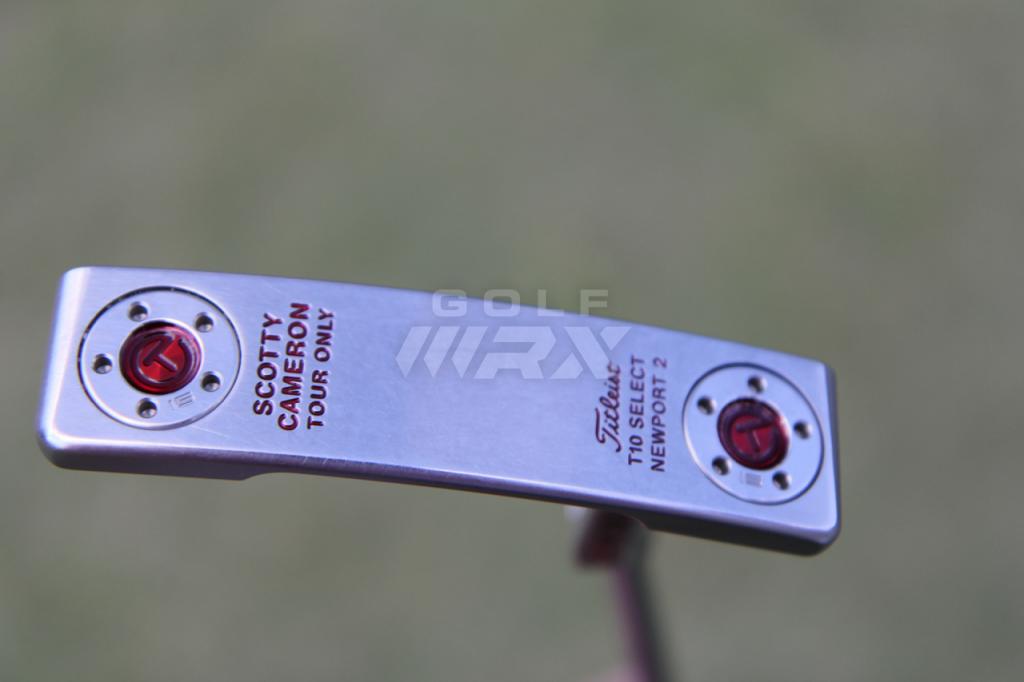 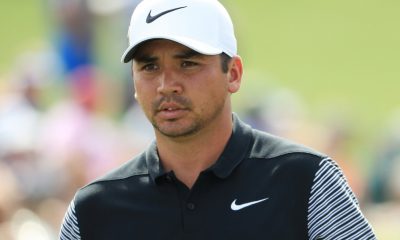 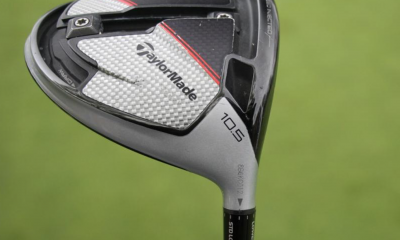