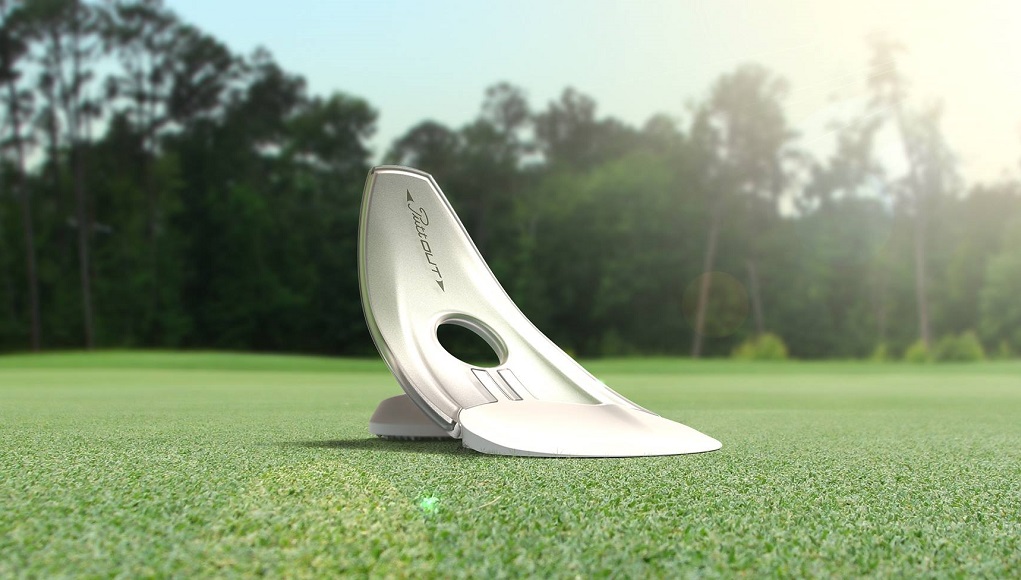 In the pantheon of indoor putting aids, you’ve basically got the glass laying on its side and this thing. 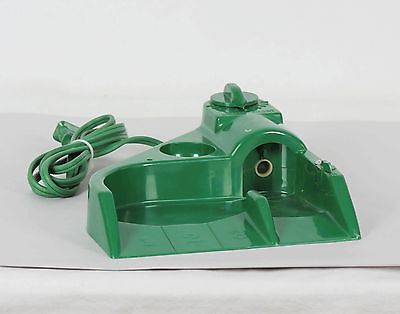 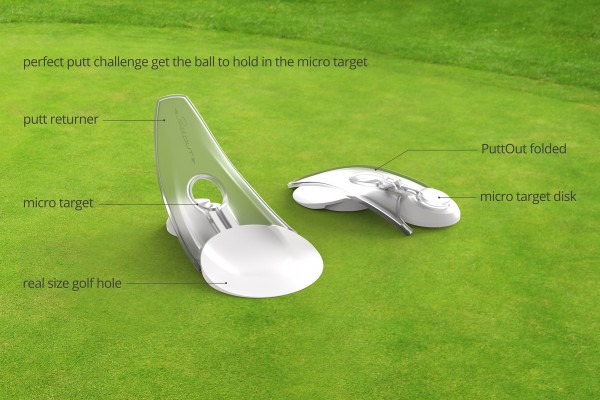 I spoke with Cam Slaughter from Therefore about the training aid and its development.

BA: First of all, tell me how this thing works.

CS: Essentially, there is a silicon disc at the base of a slope that is “the hole,” however, the real aim of the product is to get the ball to stay within the micro-target half way up the slope. To do this, the ball must go in at an exact pace (only a putt close to what would be 18-inches past the silicone disc/the hole) and exact line will suffice. Because this is a difficult achievement, on a missed putt to the micro-target the ball rolls back down the slope and returns back to you, saving bending and reaching to draw back the ball every time.

The ingenious part of PuttOut is that although the goal is to get the ball to stick in the micro-target, whenever the ball is rolled into the opening of the slope this would indeed be a made putt on a regulation hole, so the user is practising twice as hard without realising it!

So who at Therefore came up with the initial idea?

CS: The inventor of the product is one of the four key founders of Therefore, Martin Riddiford. A keen player himself, playing off four, and has a bit of a history with golf. In fact his grandfather, Cecil Hayward, made it to the 1926 English Amateur Championship at Walton Heath G.C, and his mother, Pru Riddiford, was twice crowned British Senior Ladies’ Open champion. Now 90-year-old and still walks the course daily at Royal Ashdown G.C! 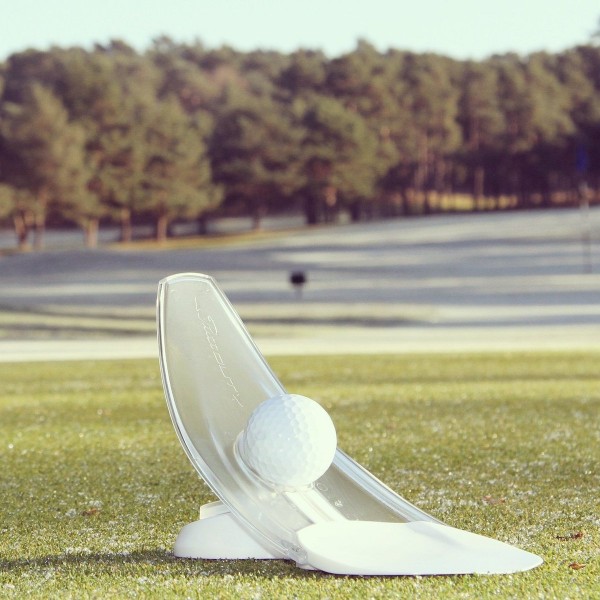 What was the basic concept?

CS: Originally Martin was just going to create a better putt returner; the ball would simply go up the ramp and return, similar to the electric version that still sells 20k+ units a year, but more aesthetically pleasing, easier to carry and didn’t have those strange whirring and pinging noises.

The creation of the product which we now know as PuttOut originally came about as Martin was only playing very sporadically and not having a chance to get to the course to practice putting at all (not great in any case but certainly more stressful the night before a foursomes match, which is more of a thing over here in the UK). After fiddling around at home with different objects to aim at, he decided he could do better than the existing training aids on the market, which largely lacked either desirability, convenience, a chance to actually get get better or even all of the above.

I understand Martin also wanted to go a step further?

CS: Upon deciding it could already be a good product (simply by creating a better version of what was already available), Martin believed that he could go a step further. Here is where the idea for the “micro-target” came about. Having a repetitive putting stroke is what we all strive for, however, there’s very little use for it if you’re not aiming with a very particular purpose and not practicing toward a very specific aim point. Introducing a smaller target meant the opportunity to do this, but it also meant PuttOut could now include a game element to the practice (i.e. how many putts would it take to get three balls to stay in place on PuttOut), and hence the first edition of PuttOut was complete.

PuttOut will be at the PGA Show (booth 2176) and is taking orders currently.