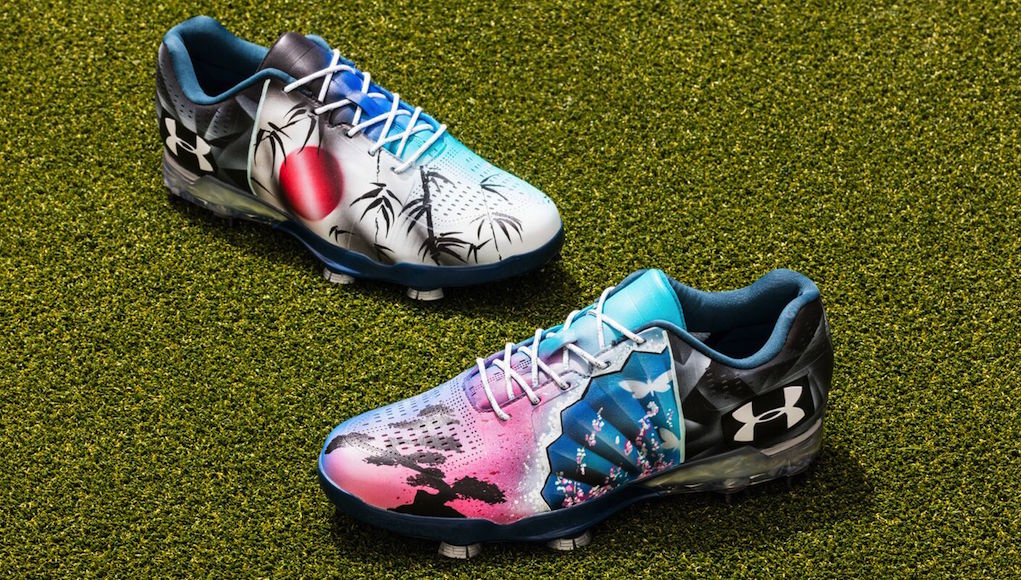 This week, Jordan Spieth and Under Armour announced the launch of the “Spieth One” golf shoe. As part of the launch, Spieth is currently on a world tour to promote the shoe, and his first stop was Tokyo.

To commemorate the Tokyo event, Under Armour made these one-off, Japan-inspired Spieth One custom shoes. And they’re absolutely remarkable.

It’s not likely these shoes will ever hit retail (or that you’ll ever even see them in person), but for sneakerheads these customs just might blow your mind.

Here’s more information on the Tokyo event below, courtesy of Under Armour.

“While in Tokyo, Jordan and UA unveiled the Spieth One shoe at a crowded consumer and press event…” according to an Under Armour press release. “Jordan then headed to Shibuya Crossing, which has been described as ‘the Times Square of Tokyo,’ to unveil the Spieth One digital spot at one of the busiest and most iconic locations in the city.”

Check out his reaction to the unveiling of the shoe in the clip below.

Steven Bowditch goes back to… golf clubs from last decade?