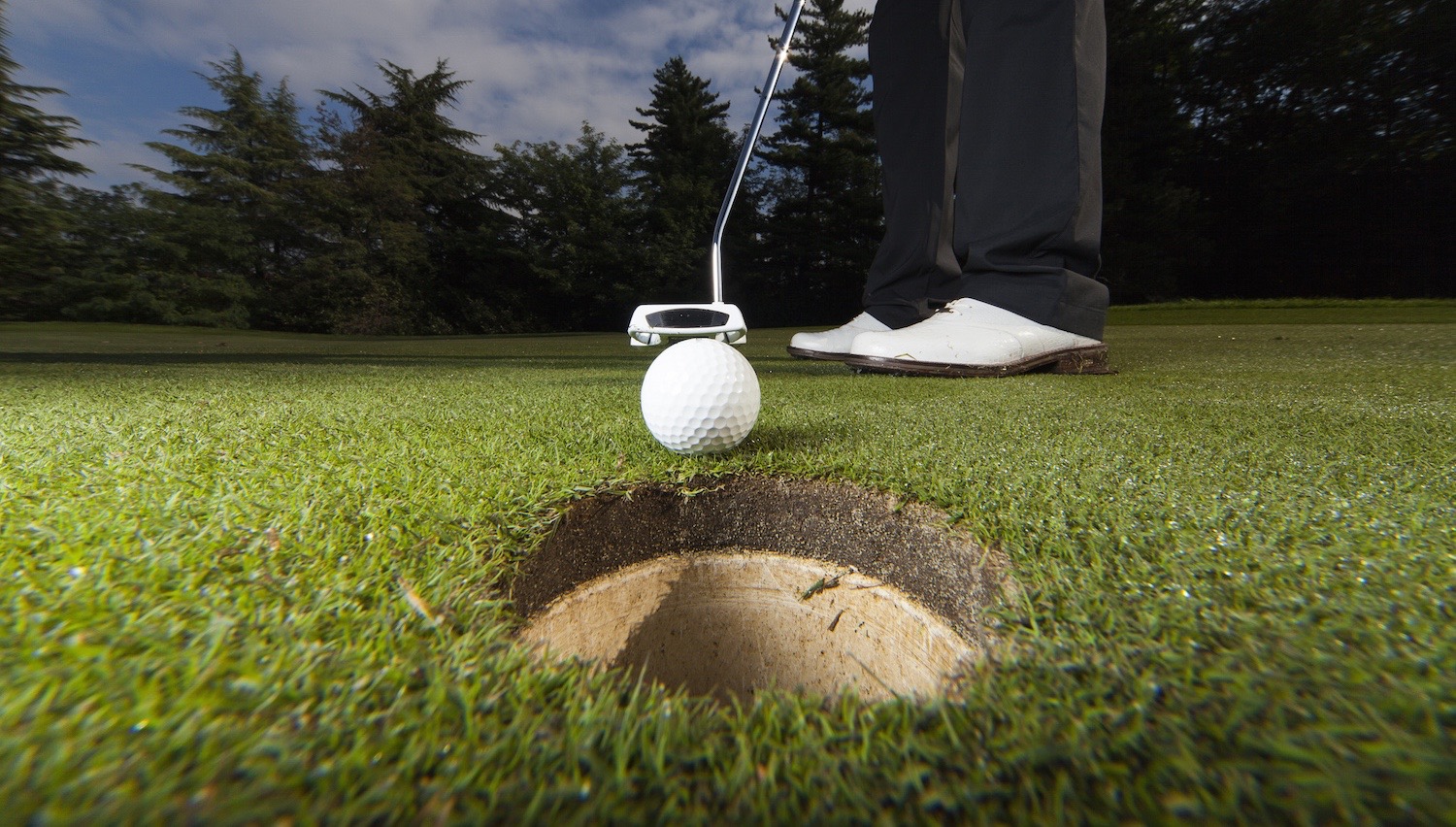 A few months ago, the GolfWRX Editorial Team emailed me three story ideas. The first two have worked out quite well (you can read them here and here), so I decided to dig into the third. Being somewhat of a grizzled veteran, I thought that I knew the answer to the above question… but could I prove it by researching the ShotByShot.com 160,000+ round database?

From the very beginning, 27 years ago, I have enabled ShotByShot users the flexibility to categorize their rounds by what I believe to be meaningful filters. Two of these filters are germane to this topic: Green Speed (fast, medium or slow) and Format (non-tournament vs. match play or stroke play tournament rounds). With considerable help from my genius programmer, we selected 17,000+ fairly recent rounds that represent the average 15-19 handicap golfer. We then sliced up the putting analysis according to the above green speed and format filters.

Let me try to anticipate and answer some obvious questions.

The default for green speed is medium, and 71 percent of the selected rounds were medium. The default for format is non-tournament, which accounted for 84 percent of the rounds. These numbers made sense to me, as the average 15-19 handicap golfer tends to not participate in many tournaments, especially not stroke play where one must hole out on every hole.

It was what I expected, but nowhere near as dramatic. Putting was slightly better on slow- and medium-speed greens, and the putting on non-tournament greens were slightly better than tournaments.

What I found most interesting was the incidence of Four Putts. I used to say that the vast majority of golfers go through an entire career and never 4-putt. Why? They simply pick up after three putts. I was wrong when it comes to our ShotByShot.com subscribers, as they do record their 4-putts. I know that I generally 4-putt once a year. When it happens, I am never happy but always tell myself: “Look on the bright side, we got that out of the way and now won’t have to worry about it for the rest of the year.”

In a Putting Distance Control study of the 2015 PGA Tour, I learned that there were 88 four-putts and five 5-putts recorded by ShotLink last year. More than I would have guessed!

But here’s what I found interesting about our average golfer study; the incidence of 4-putts more than doubled from medium, non-tournament (one 4-putt every 20 rounds) to fast, stroke play rounds (one every nine rounds). This clearly demonstrates the added pressure of having to hole out when it counts. 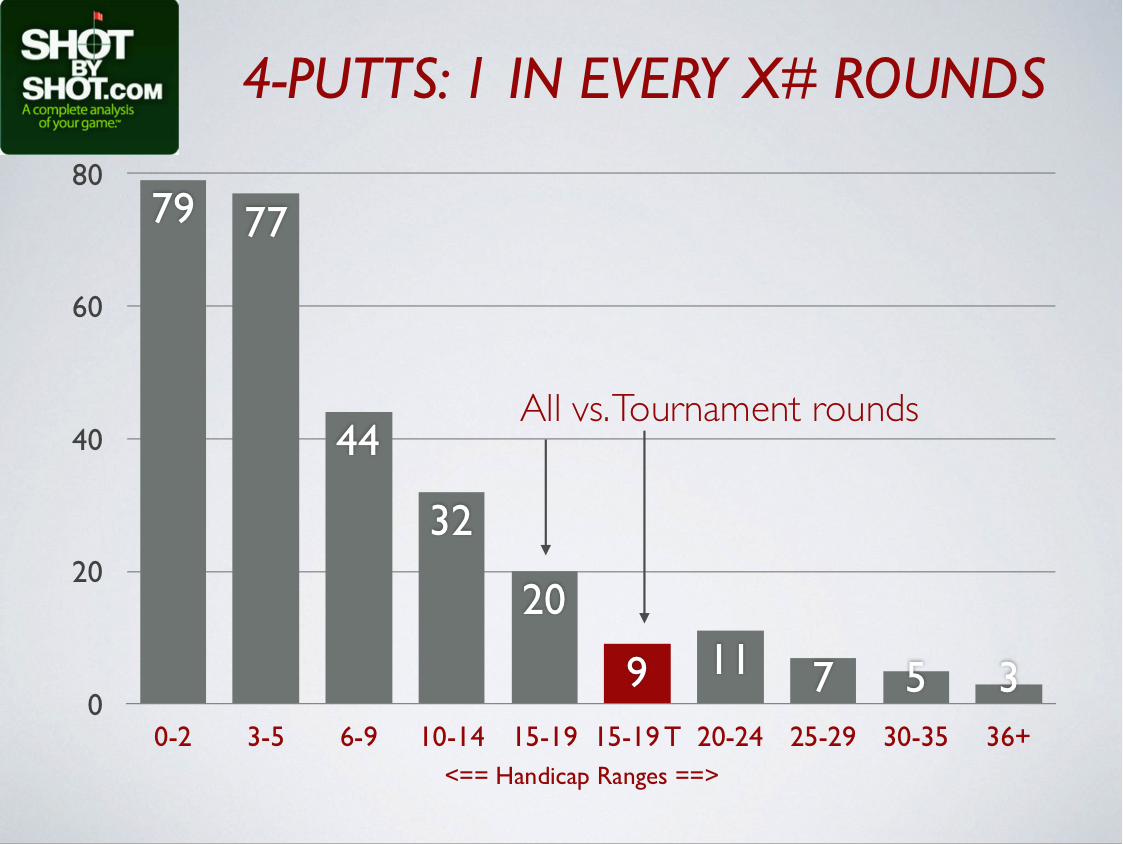 How often do you 4-putt? Do you fall into the NEVER category, or one of the handicap ranges in the chart above?

In conclusion, fast greens (or at least greens golfers consider to be fast) are more difficult for the average golfer. They pose a greater challenge for distance control, leading to more 3- and 4-putts. That’s why before starting a round on an “away” course, I recommend golfers spend some time on the putting green to get a feel for the speed. I like to place tees 30 feet apart, and putt two balls back and forth until I have a great feel for my 30-foot stroke. As the vast majority of lag opportunities fall in the 20-40 foot range, you can measure most of yours lag putts as a slight variation of that 30-foot stroke. You will also avoid a big surprise if the greens are what you consider fast.

Start a revolution: Rounds of golf should be no more than 3 hours and 45 minutes 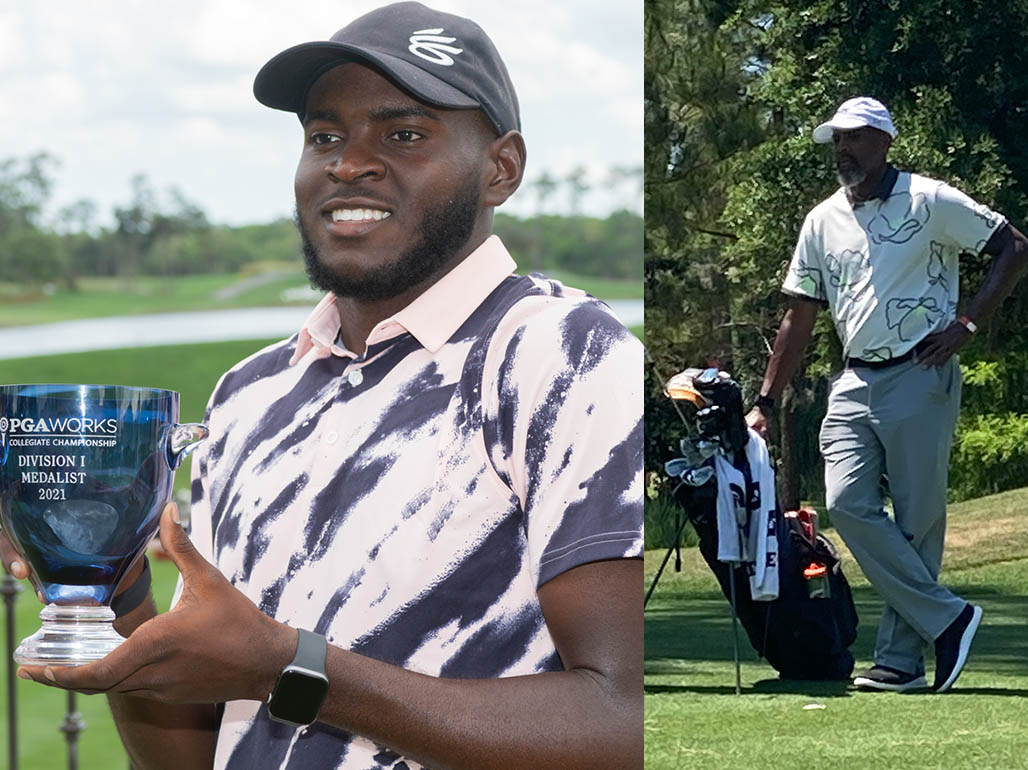 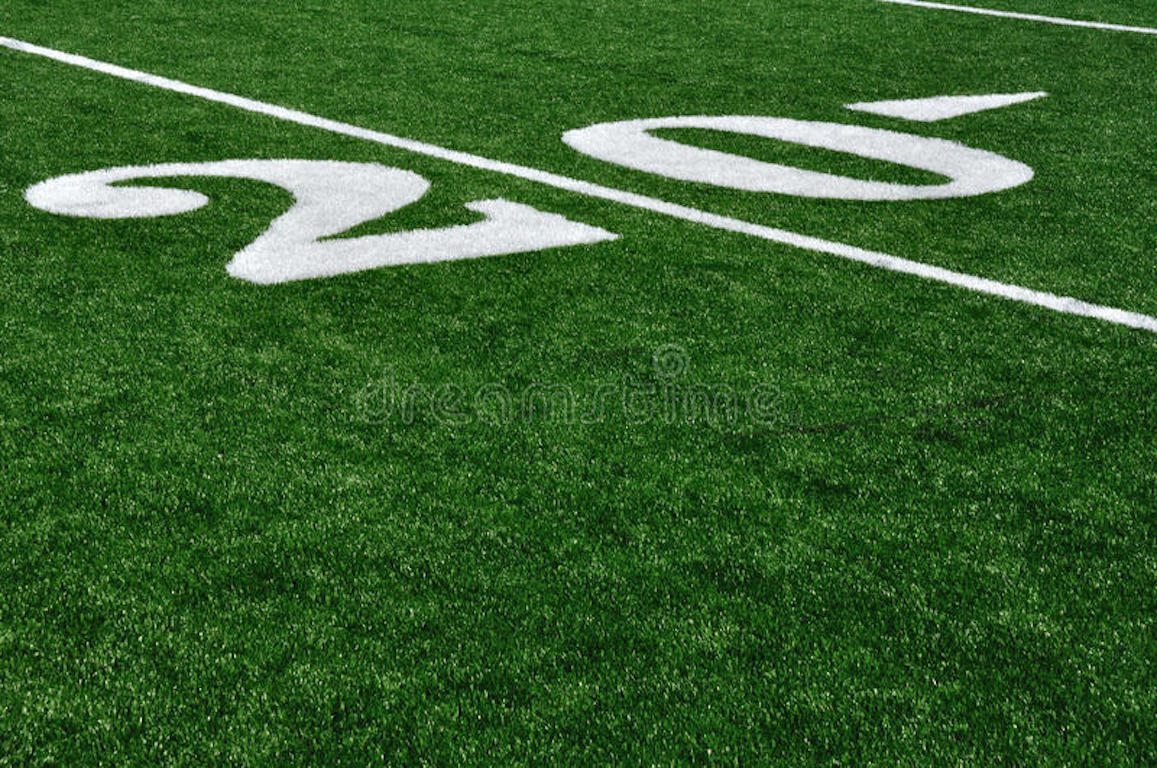 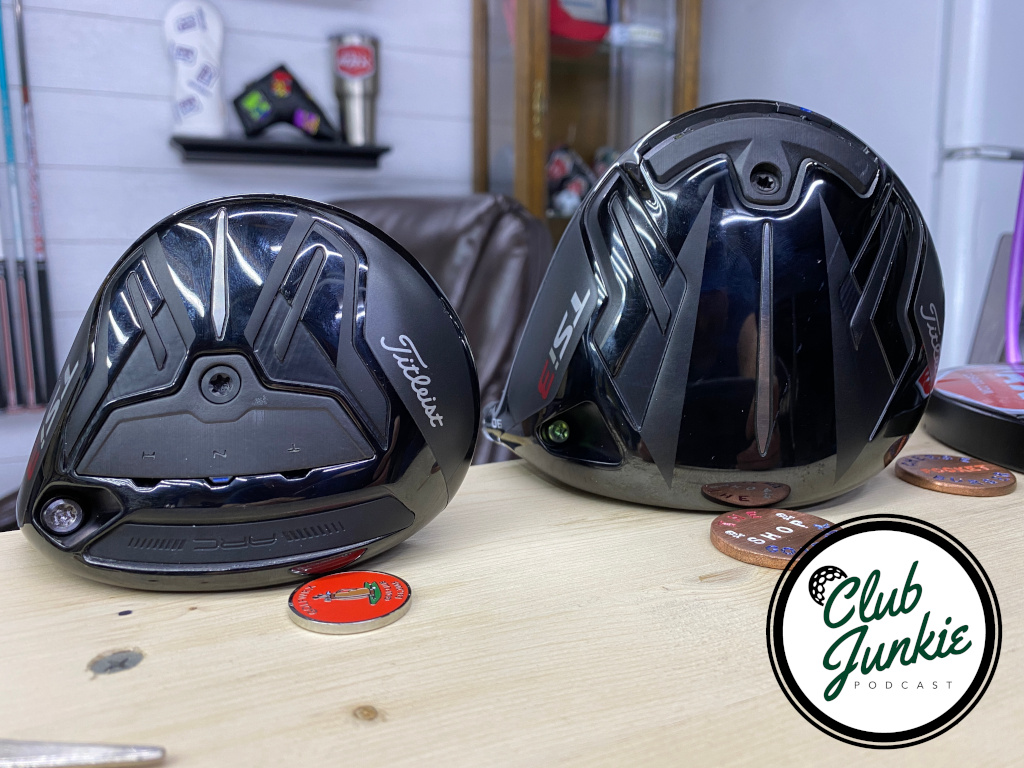