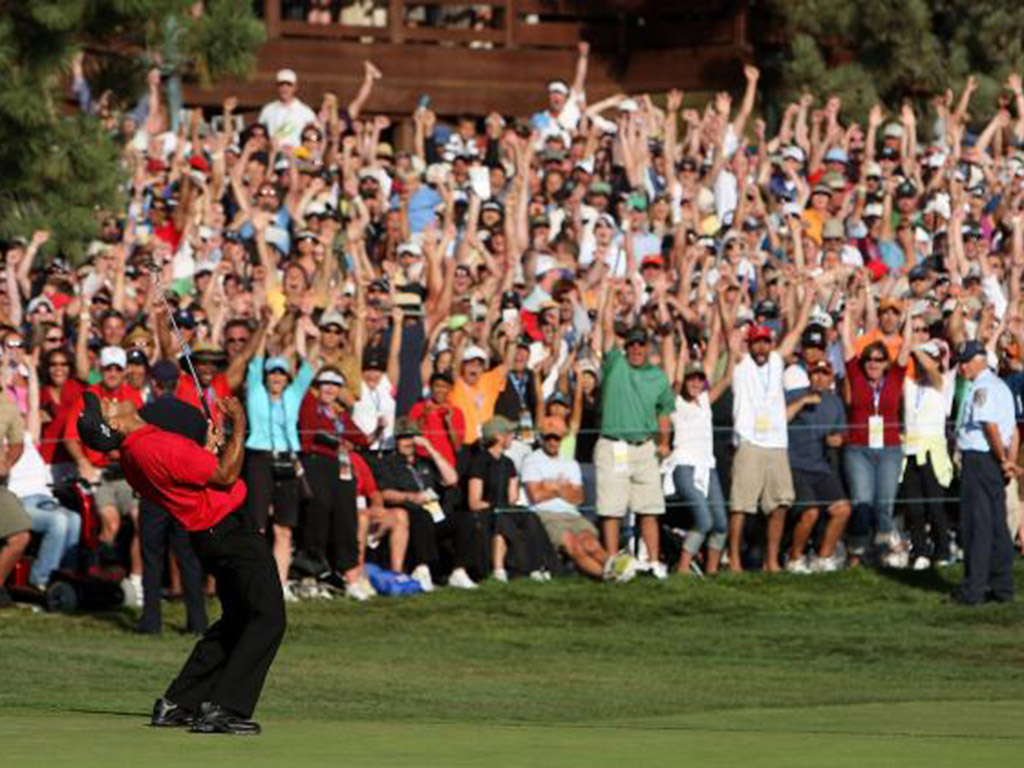 Final scores are arbitrary markers of success and failure. It’s almost random how the same numbers can add up to make one player happy and another upset. When a 14-handicap shoots a 79, it’s time to celebrate; when a four-handicap shoots 79, don’t ask him how he played.

A golfer can hit the ball well, but with a few missed putts or a few bad bounces what looked like a promising round can end with a score that doesn’t speak to the player’s ability. Or, if it did all come together and the golfer had one of his rounds of the year, you know what? Any player will tell you that score could have been — should have been — one or two strokes lower.

So, what score makes you feel happy? Dennis, a five-handicap with a solid swing and good touch around the greens, told me his number is 75.

He said this after a mediocre-for-him 38 on the front nine at Victoria. On his way to the back nine he added, “Anything over 80 and I just write it off as one of those 10 rounds that doesn’t count toward my index.”

“I’m a 26-handicap,” Rhonelle from Calgary told me at Desert Willow. “Last Thursday I shot a 92. That’s a great score for me and I beat my friend who’s a 20-handicap. To get a good score and to win a close competition makes it doubly enjoyable.”

“Anything in the 70s,” said Marty, a high single digit with an unorthodox grip and swing. “I’ve played about 2,000 rounds of golf in the last 30 years and I’ve been under 80 I believe 473 times.” I looked to see if there was a calculator hanging next to the towel on his bag or if his caddy was an auditor with PricewaterhouseCoopers. “I can’t wait until I get to 500 sub-80s,” he said, like he thought that would bring a sure ticket to some personal Hall of Fame induction ceremony somewhere.

“When I break 90, I make everyone buy me beers,” Lenny said. Once he was an amateur boxer; he doesn’t overpower the course anymore though he says he is still capable of a big roundhouse hook.

“I don’t keep score,” Steven told me, and I figured that meant he didn’t want to count that high. “He’s good,” his buddy Jordan said at Malibu CC, “he just doesn’t like to get caught up in the numbers thing… he just likes to hit the shots.” I bowed toward him, thinking he’s either lying or I’m in the presence of a Zen master.

“I want to have a lower score on the back nine than on the front nine,” Alex told me on the 12th hole at Green Tree. His brother Jessie said maybe then he should quit after the 16th hole.

Steven said he likes to play courses that are par 71 or even par 70. “When you tell someone you shot an 82, they don’t ask you what par was on the course,” he explained.

“Yep,” his friend Freddy said, “he’s Mr. Consistent. But if you catch him on the right day, you can win some money from him.”

“So, what score makes you happy?” I asked again.

“If it’s a tournament, I want to be par or under, net. If it’s just a round with these guys, as long as I beat them I don’t care what I shoot. If I’m playing by myself, it’s all just practice and it doesn’t matter.”

Brian, a three-handicap, said, “I like to be around par or in the low 70s, but if I don’t, you know what? Nobody got hurt, nobody died. It’s just golf.” It must be easy to be philosophical when you’re a three, I think.

As for me, my handicap has gone up along with my age. Scores that used to be just a good number are now triumphs remembered for months. And the bad numbers are as easily forgotten as what I had for breakfast a week ago Friday.

My 89-year-old father-in-law still plays golf at his club on Long Island at least twice a week. He won some club tournaments when he was younger but now he says, “I don’t take myself seriously anymore, I just want to laugh and enjoy myself.” But the juices still flow. He says when he can play a par-4 with a drive in the fairway and an approach that gets him somewhere near the putting surface “so I can just run a 7-iron onto the green and putt for par,” then he’s happy. And, he adds, “I’m still happy even if I don’t make the par putt.”

What score makes you happy? Tell us in the comments section below. And check out Tom Hill’s humorous golf book, A Perfect Lie – The Hole Truth at 7-ironpress.com – use the coupon code GOLFWRX for free shipping of the paperback.

The GolfWRX Guide to Playing in a Scramble

Troy Merritt shows what it means to “go low”