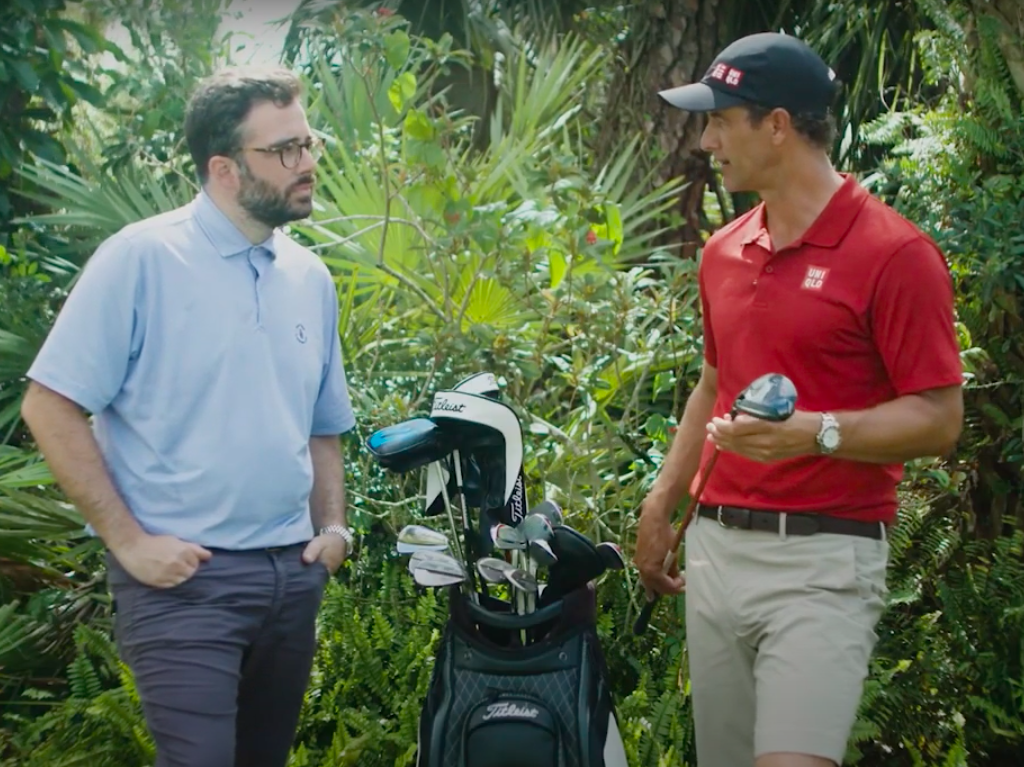 Adam Scott has a new podcast, ‘FairGame’, where he discusses a range of topic related to the game of golf, and episode 4 features a video that is a gearheads’ dream, with Scott breaking down his 2021 Masters WITB in stunning detail.

You can check out the video below for Scott’s full breakdown at the end of the article. Subscribe to the podcast here.

Before the Masters, Adam Scott swapped his trusty Titleist 680 irons for the brand’s 620 irons which surprised many golf fans.

In the video, filmed after the Honda Classic, the Australian still has his 680 irons in the bag, suggesting that his decision to change for Augusta came very late. Scott explains that his choice to game the 680 irons consistently is an “aesthetic thing” and that he prefers the offset look of the 680s.

It’ll be interesting to see what irons Scott has in the bag the next time he tees it up, as he reveals he has talked to Titleist about “bending, offsetting to the 620s”.

His 48 degree 10F wedge, he describes as “your pretty standard” wedge and “nothing fancy happening on the sole”, while his 52 degree 12F wedge, Scott says has a little more bounce but a similar sole.

Scott says his 56 degree 10S wedge has a little relief in the back of the club to provide some versatility to manipulate the face, while his newest wedge is the 60 degree 12D wedge that the Australian says has a very strong grind on the sole.

Per Scott, this provides more forward bounce and it also has relief in the heel to open up the clubface and “take some of the bounce away from the heel.” The Aussie says he put the new wedge in the bag to keep the club more square.

Scott plays all of Titleist’s new TSi woods, which he put in the bag around September, and calls the clubs a “good improvement” on its predecessors.

The 40-year-old initially played the TSi3 driver, then TSi4 and now plays the TSi2, which he says is “probably the most forgiving” of the family for tour pros.

Scott has the club at 9 degrees and in an A2 position (just upright, but standard loft) after playing around with the position a little bit, and he has settled on the Ventus Red shaft – which he enjoys for its soft profile so he can “feel” the shots.

On his TSi2 7-wood, Scott says it’s the first time he’s gamed a lofted wood since he was 14. The club is 21 degrees set at D1, making it “around 20.5 degrees”, says the Aussie, who loves that he can land the ball softly from the 240-yard range. The club is equipped with a 100g Graphite Design DI 10 X Flex shaft.

Scott says his current flat-stick is based on his 2013 Masters’ winning gamer. His Scotty Cameron Xperimental Rev X11 features a slightly smaller head than his putter from eight years ago, and Scott explains the reason for that is his putter length is 45 inches, 4 inches shorter than his 2013 putter.

The Aussie calls the putter, which he began using at Riviera this year, incredibly stable with a super high MOI and very forgiving.

Best irons in golf of 2021: The shotmakers

‘Best wedges you ever played: Then and Now’ – GolfWRXers discuss