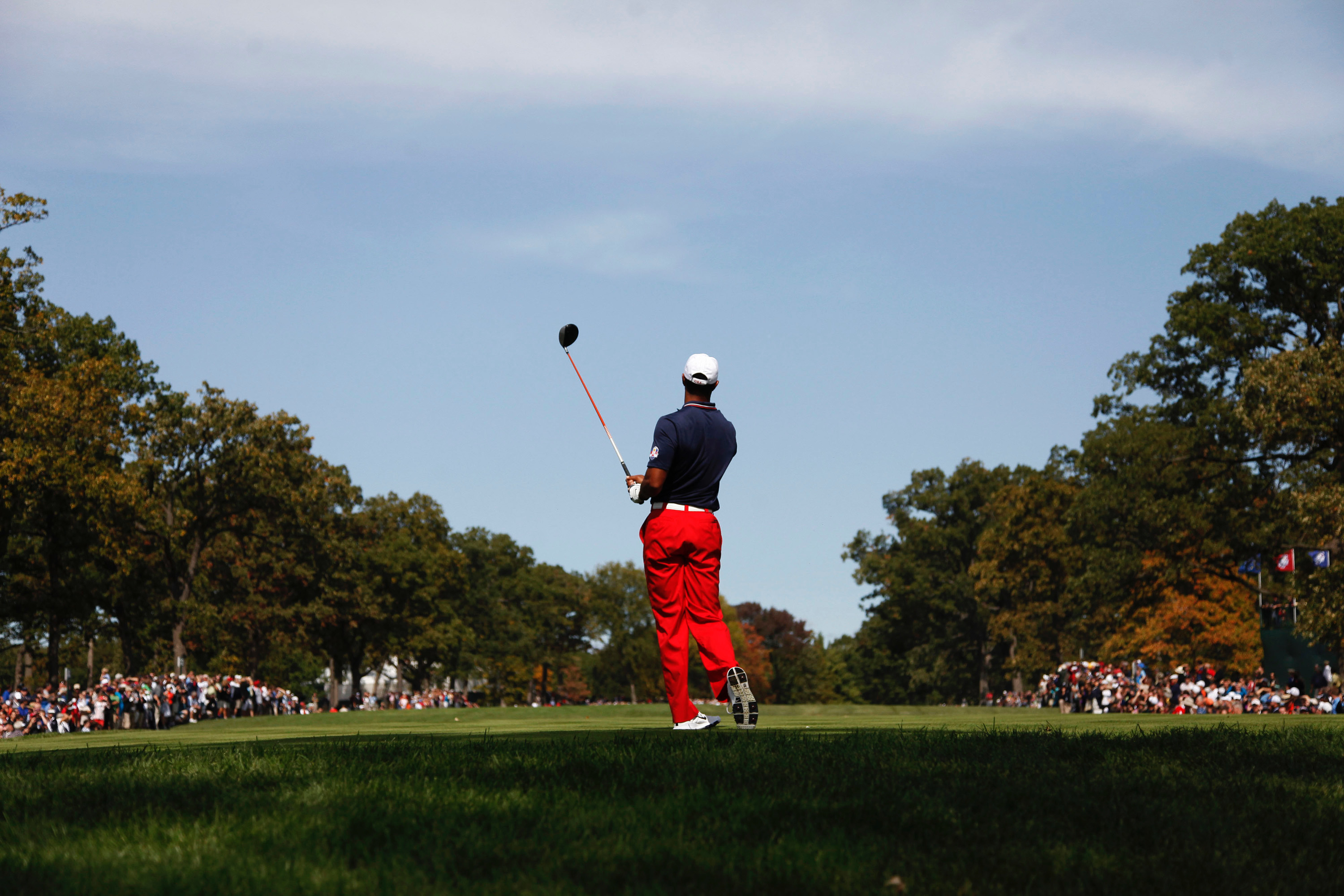 Based on the feedback I got last week, I really missed my mark. I apologize to all who took offense to my “comparison” of the game you play each round to the way PGA Tour professionals display for us every week.

Please allow me a “mulligan” on that topic, if you don’t mind.

The singular point I was trying to make—and to which I hope we will all agree—is that this crazy game is much more enjoyable and rewarding (in terms of scoring) if we are hitting shorter clubs into the greens. Regardless of your skill level, hitting an 8-iron approach is going to typically give you a smaller margin of error than hitting a mid-iron or hybrid.

What I was trying to communicate last week is that the PGA Tour professionals are so strong and developed, they routinely play courses where they can reach almost all the par-five holes with a mid-iron, and over half their remaining approach shots are with short irons and wedges, even on the toughest courses.

This is a stark comparison to the golf we “older guys” played and watched on TV prior to the 1990s or so. In those days, the game at the highest level was played on courses that demanded outstanding driving accuracy, because approach shots were typically hit with middle and long irons, especially on championship tracks. You can’t do that well from the rough.

Please allow me to reference my own club as an example. Like so many, we have five sets of tees, with recommendation that you allow your age to determine which you play. Our back tees (flat bellies) are about 6,900, “regular” tees at 6450, “senior” at about 5900, and so on. At 68 years old, I still can get the ball out there pretty good, so I find the regular tees typically challenge me to hit every club in my bag. I can sometimes elect to go for two of the par fives with a 4-wood or hybrid following a good tee shot, with the other two always being “three shot holes”, a rarity on the PGA Tour. The other 14 holes require me to hit a balance of approach shots with long irons to wedges.

The back tees are fun sometimes, but I find the “senior” tees just too short to be really enjoyable.

In contrast, however, I see some of our older members and less-skilled players routinely unable to reach par -fours in two shots, no matter how good they hit their drives. To them I say emphatically – “move up to whatever tees allow you to reach greens in regulation!”

The game is designed to allow that it should take you three shots to reach a par five . . . two to reach a par four . . . and one to reach the par threes. If your own strength profile makes the course play longer than that, move up for Pete’s sake. Don’t let your age or sex determine the tees you play . . . let your skill level and physical ability do that.

I’ve seen high school and college girls here who routinely tackled the course from the regular or even back tees. And there are many senior male players who should be up even further than our closest set of tees to have a chance to make some birdies. The right tees are NOT about your age or gender – they are about your ability and strength profile.

I visited a course once where a sign on the first tee suggested which tees you would enjoy most based on your typical five-iron distance. It was one of the best ideas I’ve ever seen for helping their players enjoy the challenge.

Hopefully, you’ll grant me this mulligan on last week’s article. Thanks to you all for reading and letting me know when I miss the mark. 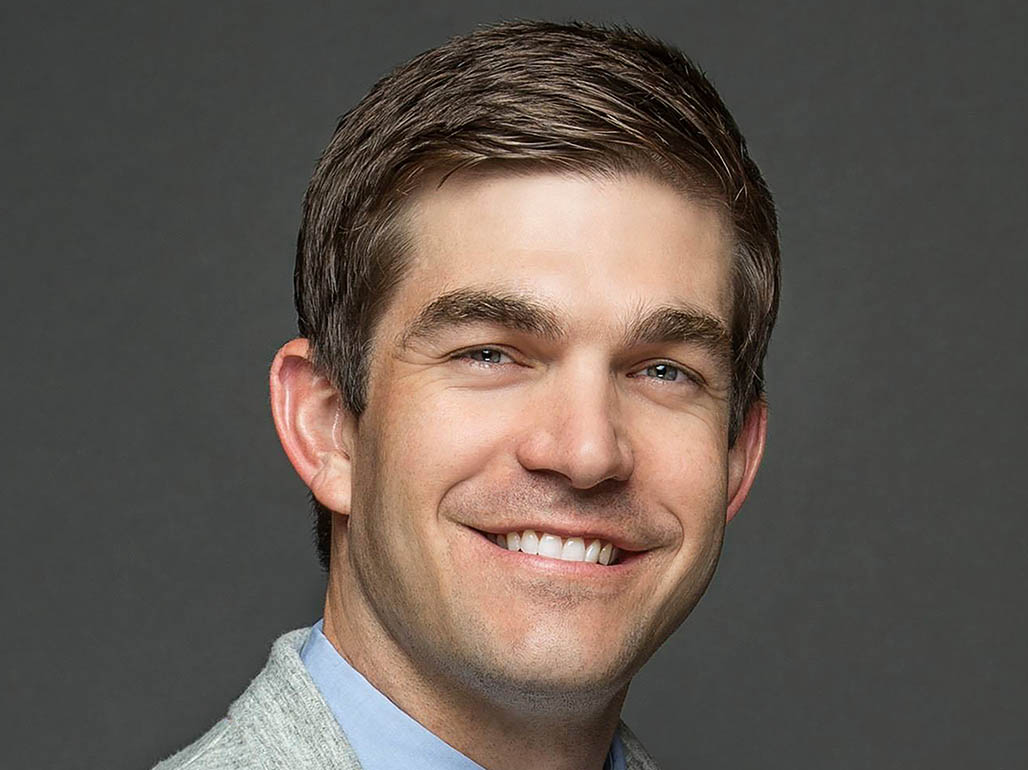 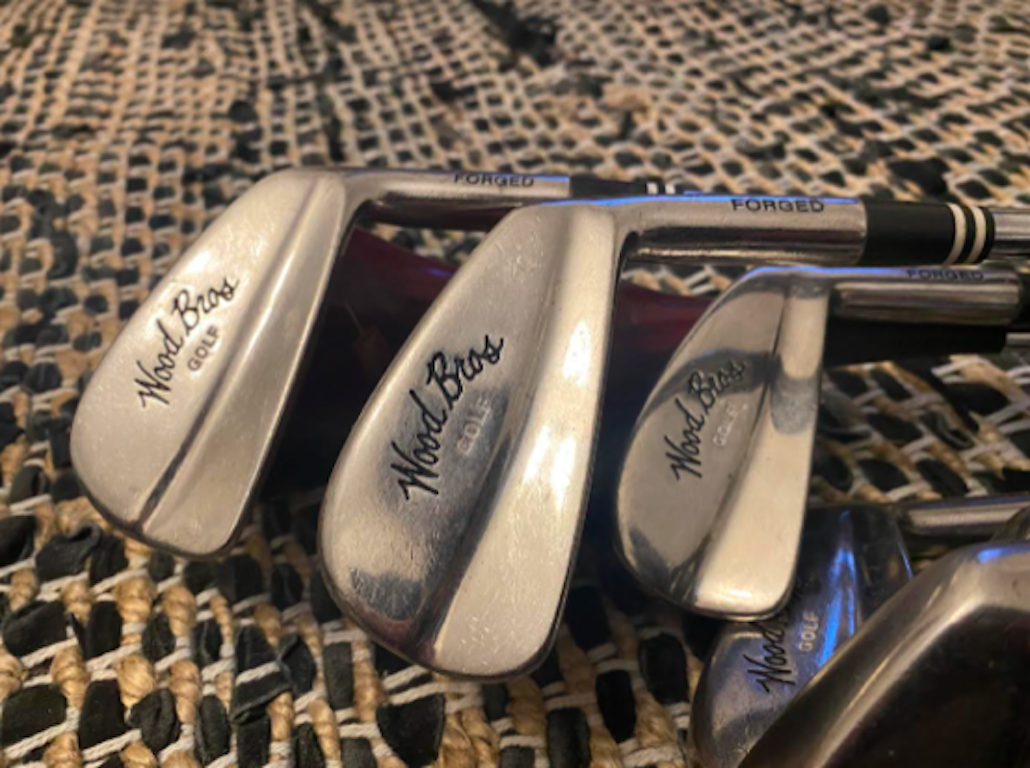 All of a sudden, today’s newest trend in golf is yesterday’s clubs.

Golfers are making a move towards old classics the way car enthusiasts would ogle a classic Porsche 911 before they would look twice at a new Tesla Model 3. On the spectrum of art to science, Tesla is peak science and focused on efficiency in every fathomable way. The other will absolutely get you from A to B, but you are more likely to have a smile on your face while you take the detour along the water while enjoying the journey to get there. It is the second type of club that is enjoying this latest resurgence, and I can’t get enough. 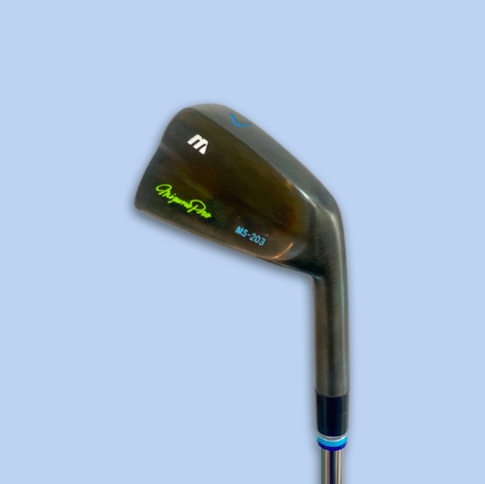 New businesses are springing up to refurbish old clubs such as @mulligansclubmakers and @twirledclubs with price tags approaching (and exceeding) the RRP at the time of release of many of the clubs in question. These old clubs are often found in pictures of major champions being used in the 1970s and 1980s, which serves to make them more valuable and interesting to enthusiasts. Other clubs are simply polished examples of the clubs many of us owned 25 years ago and now regret selling. The more polish on an old blade, the better, with classic designs from brands like Wilson Staff, Mizuno, or MacGregor seeing demand and prices increase every month. Seeing these old clubs reimagined with shiny BB&F co ferrules, updated shafts, and grips can get some golfers hot and bothered, and they will open their wallets accordingly.

Around 15 years ago, I bought an old set of blades from the brand Wood Brothers. For many years, I was unable to find out a single thing about those clubs, until @woodbrosgolf came out of hibernation this year onto Instagram and into a frothing market for handmade classic clubs from a forgotten past. I was able to get information that the blades had come out of the Endo forging house in Japan, and my decision to keep the clubs in the garage all these years was vindicated. Now I just need an irrationally expensive matching Wood Bros persimmon driver and fairway wood to complete the set… 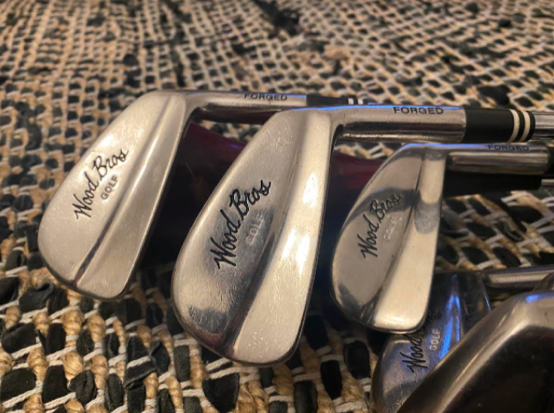 Among other boutique brands, National Custom Works (@nationalcustom) has been making pure persimmon woods with the help of Tad Moore to match their incredible irons, wedges, and putters for some time, and now the market is catching up to the joy that can be experienced from striking a ball with the materials of the past. There is an illicit series of pictures of persimmon woods in all states of creation/undress from single blocks of wood through to the final polished and laminated artworks that are making their way into retro leather golf bags all over the world. 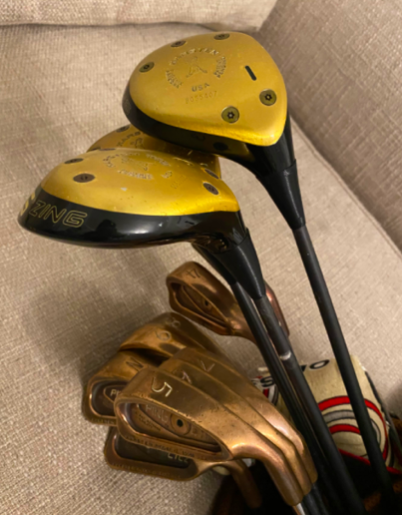 There are other accounts which triumph historic images and sets of clubs such as @oldsaltygolf. This account has reimagined the ‘What’s in the Bag’ of tour pros in magazines and made it cool to have a set of clubs from the same year that shows on your driver’s license. I hold them wholly to blame for an impulse buy of some BeCu Ping Eye 2 irons with matching Ping Zing woods… The joy to be found in their image feed from the 70s and 80s will get many golfers reminiscing and wishing they could go back and save those clubs, bags and accessories from their school days. If you want to see more moving pictures from the era, @classicgolfreplays is another account which shows this generation of clubs being used by the best of the best in their heyday. Even better than the clubs are the outfits, haircuts and all leather tour bags to match. 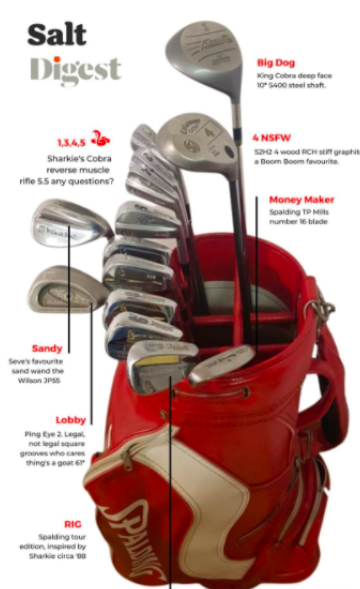 It seems that this new generation of golfer – partially borne out of COVID-19 — is in need of clubs that can’t be sourced fast enough from the major OEMs, so they have gone trawling for clubs that were cool in a different time, and they want them now. Those golfers who match the age of the clubs are also experiencing a golfing rebirth, as the technology gains from the OEMs become incremental, many are now finding enjoyment from the classic feel of clubs as much as they are searching for an extra couple of yards off the tee.

Either way, the result is the same, and people are dusting off the old blades and cavities from years past and hitting the fairways more than ever before. With the desire shifting towards fun over challenge, they are even creeping forward to the tees that their clubs were designed to be played from and finding even more enjoyment from the game. If only I hadn’t got rid of those old persimmons in high school… 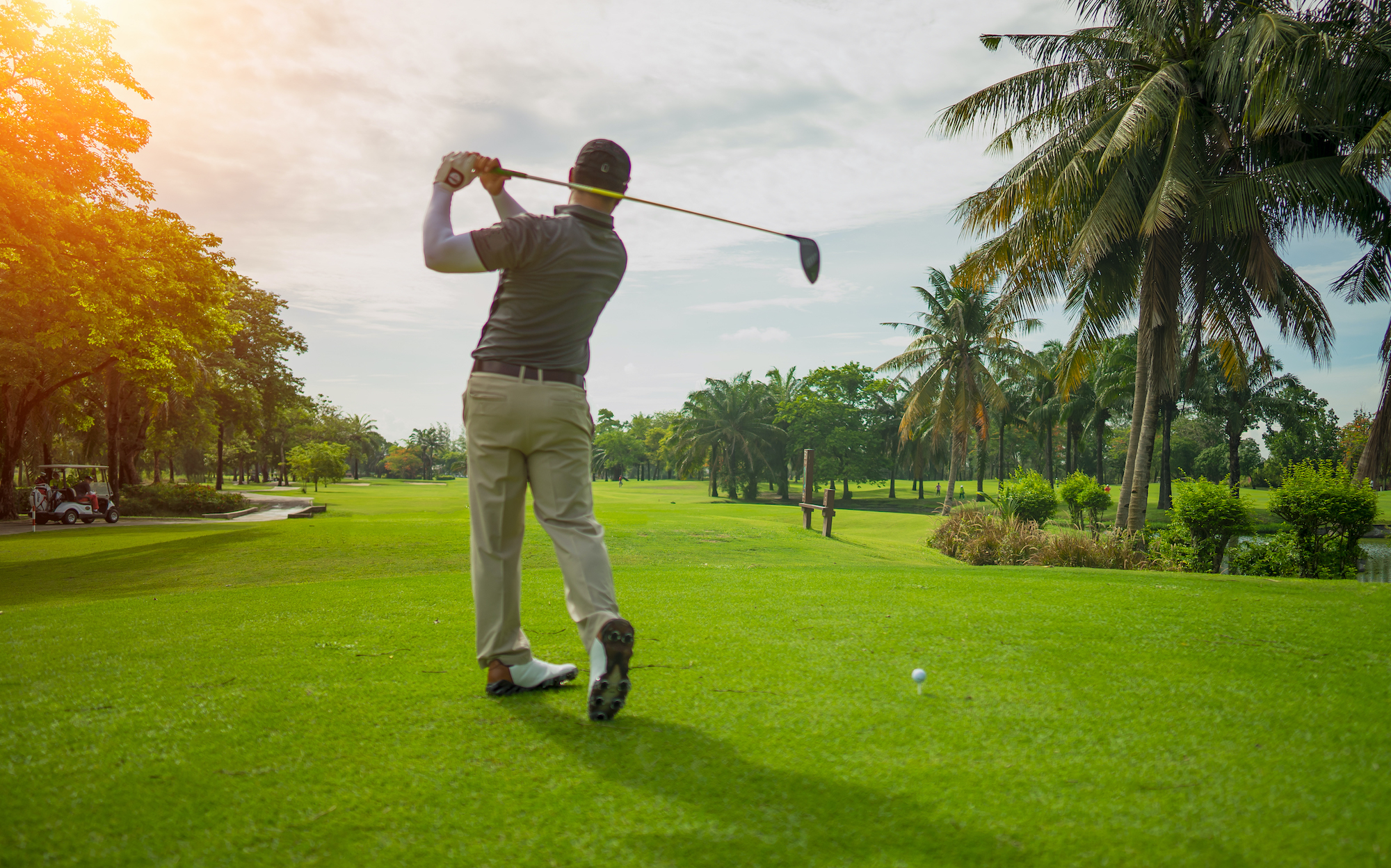 A couple of years ago, I attended a symposium put on by Golf Digest’s research department. They explored the typical responses as to why people quit or don’t play more – too much time, too expensive, etc. But the magazine’s research department uncovered the real fact – by a large margin, the number one reason people give up the game is that they don’t get better!

So, with all that’s published and all the teaching pros available to help us learn, why is that? I have my rationale, so put on your steel toe work boots, because I’m probably going to step on some toes here.

Learning the golf swing doesn’t require a driving range at all. In fact, your backyard presents a much better learning environment because the ball is not in the way to give you false feedback. Your goal is only the swing itself.

Understand that you can make a great swing, and often do, but the shot doesn’t work out because it was in the wrong place, maybe by only 1/4 inch or so. Take time to learn and practice your swing, focusing on a good top-of-backswing position and a sound rotating release through impact. Learn the proper body turn and weight shift. Slow-motion is your friend. So is “posing” and repeating segments of the swing to really learn them. Learn the swing at home, refine your ball striking on the range and play golf on the course!

So, there you have my four reasons golfers don’t get better. We all have our own little “personalization” in our golf swing, but these sound fundamentals apply to everyone who’s ever tried to move a little white ball a quarter-mile into a four-inch hole. Working on these basics will make that task much easier!