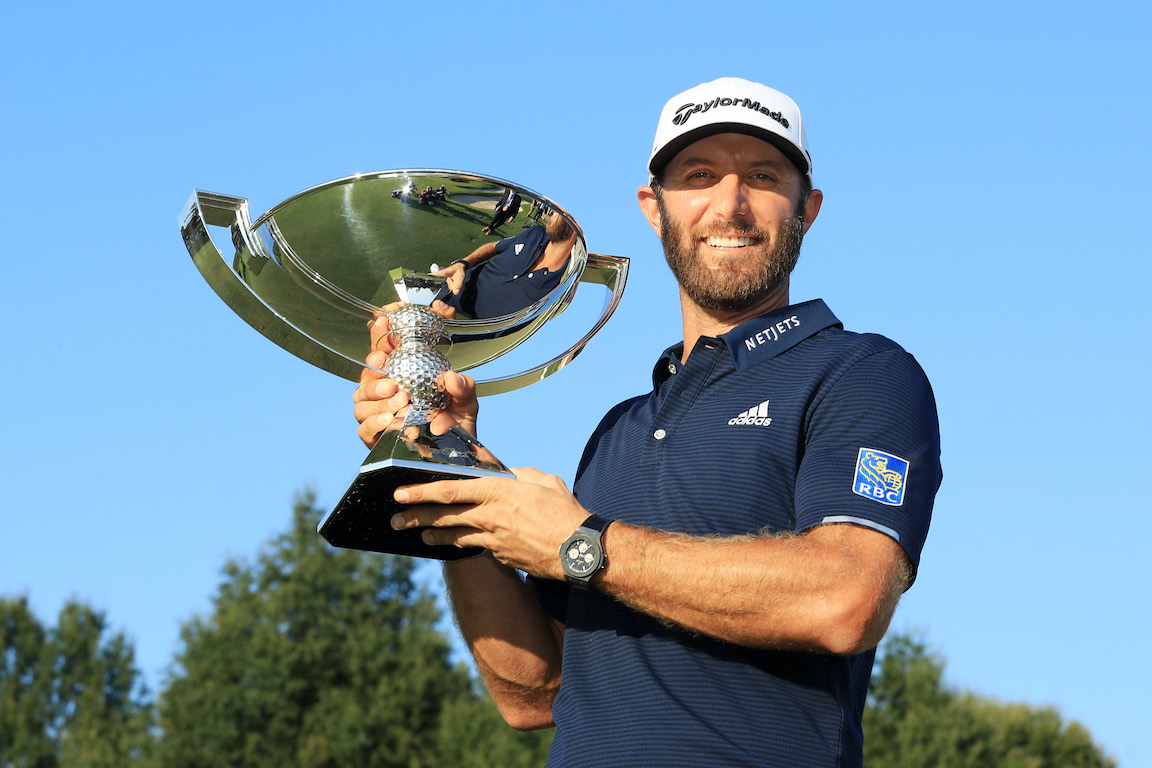 This week is an interesting one for Ways to Win, as Dustin Johnson closes out the 2020 season as FedEx Cup Champion. A deserving champion, Johnson has won two of his last four events and finished runner up in the other two. If it weren’t for a 60-plus foot putt from Jon Rahm last week, Johnson would have closed the season having won all three playoff events—with a narrow miss at the only major of the season tThe PGA Championship, won by Collin Morikawa).

Technically, Johnson did have the most strokes gained this week. The final event of the FedEx Cup is staged so that players start the tournament with a score reflective of their performance up until that point. That meant Dustin Johnson started at 10 under, while Xander Schauffele started the tournament seven strokes back and Scottie Scheffler started eight strokes back. Had the final event started on even footing, Dustin Johnson would have actually finished in a tie for third with Justin Thomas and behind the aforementioned Schauffele and Scheffler.

We’ll forgive the new format for cluttering our advanced statistics and still focus on the consistency of Johnson’s play. 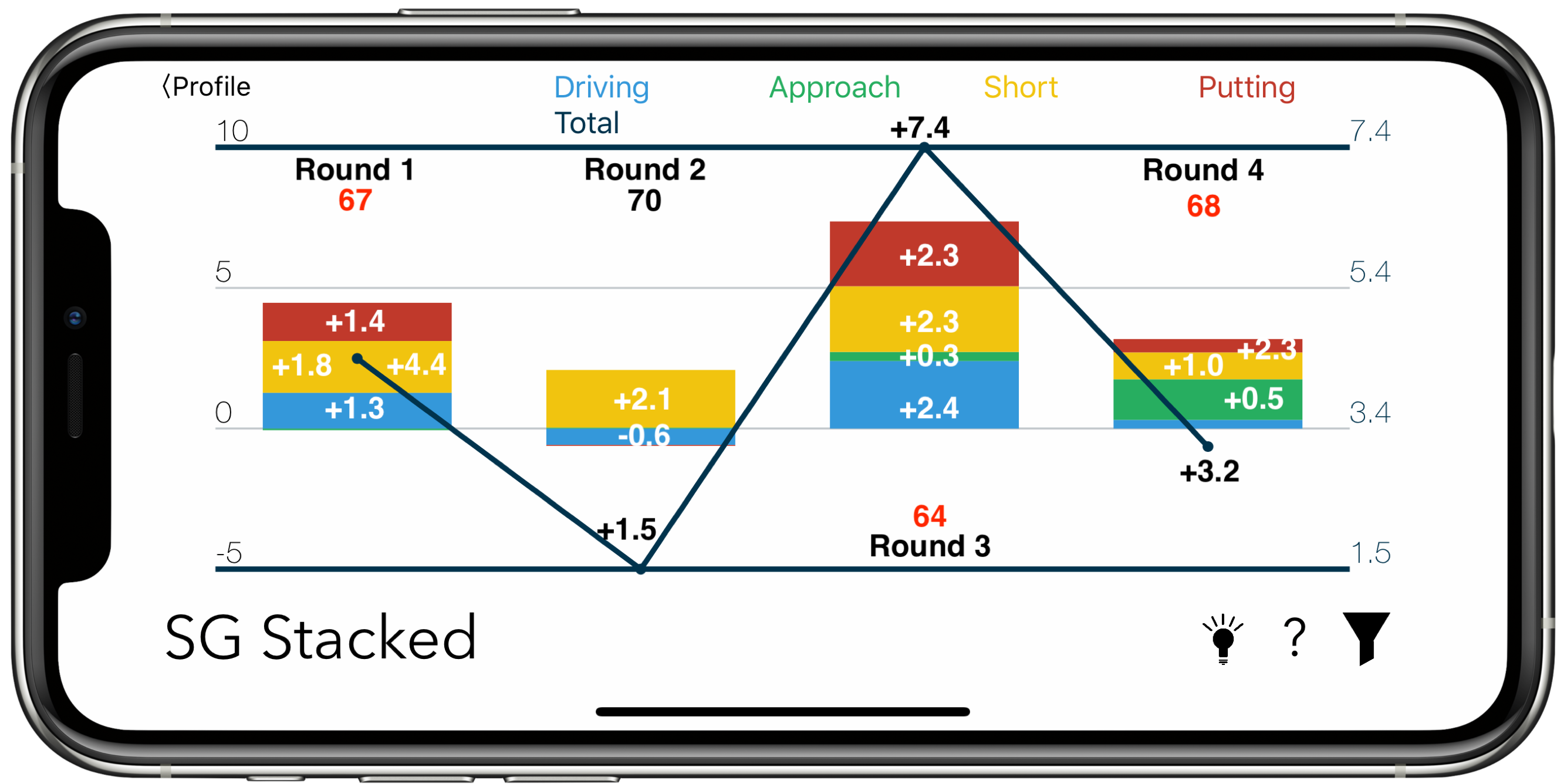 Looking at the Strokes Gained Stacked plot from V1 Game, a few things jump out from Johnson’s play this week. First, he gained strokes with short game all four days. Not enough is said about Dustin Johnson’s touch. He is fantastic around the greens and consistently got himself out of trouble to make a score and keep momentum in his rounds going in addition to converting birdies around the greens on par 5s. Secondly, where his iron game is typically strong and helps him separate from the field, he did not lean on it as heavily this week. His approach game was just slightly above average for the four days placing him at 11th in a 30-man field.

Next, he did gain strokes driving three of the four rounds. Interestingly, in the second round, Johnson lost 0.6 strokes to the field with his driver. It is rare for Dustin Johnson to lose strokes to the field with the driver, however this could be considered a good result when you realize that he hit only two fairways on the day! Reviewing his round summary from V1 Game for the second round gives a deep dive into his strokes gained performance for driving. Dustin missed to the left 50 percent of the time and to the right 36 percent of the time to hit just a pair of fairways. Still, his misses were not overly penal as he had only 0.5 driving errors. This is from hitting a tee shot into a recovery situation where he had to pitch out. This type of mistake is less damaging than a penalty, thus the 0.5 stroke impact. 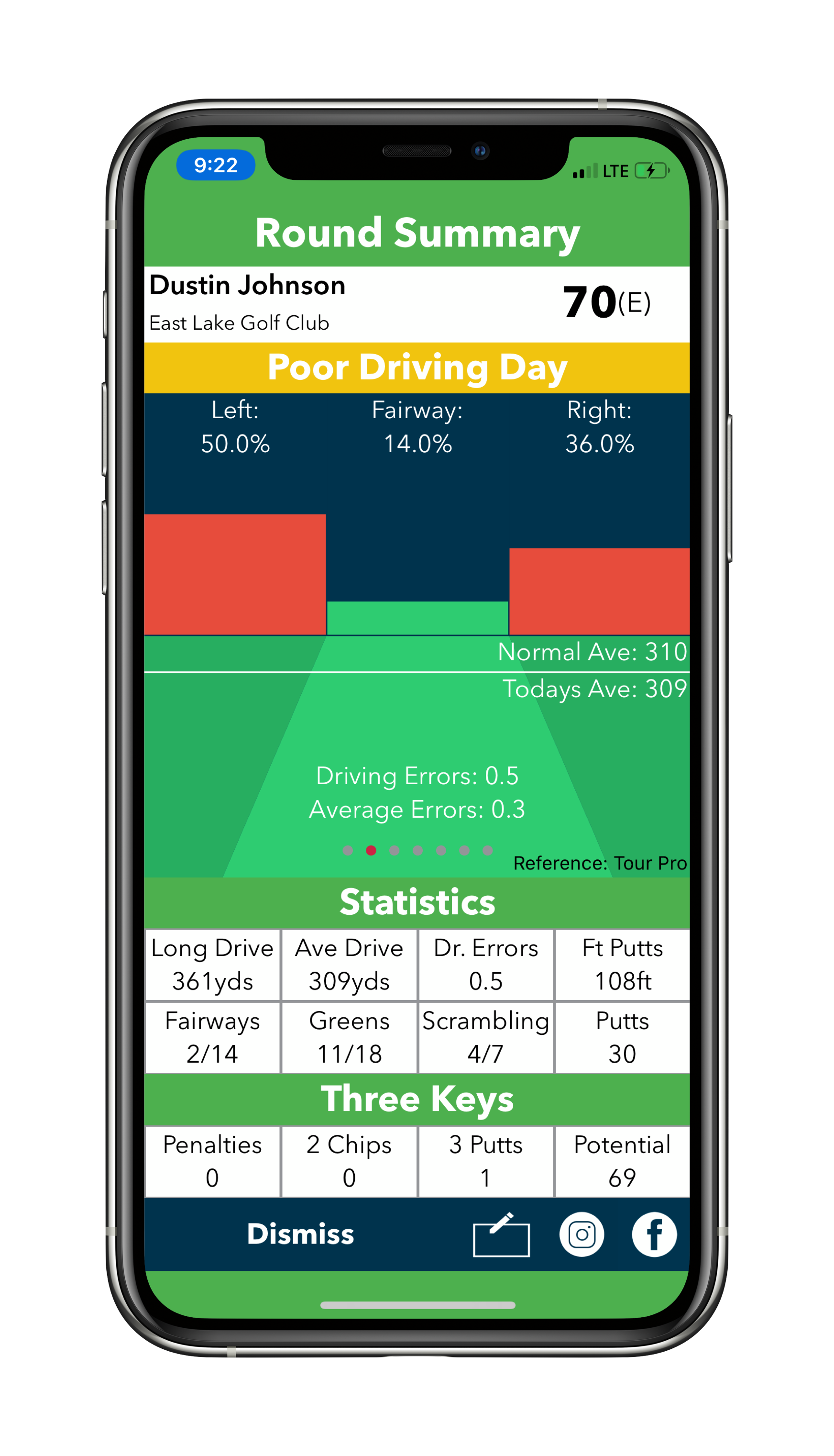 So how did Johnson have such a poor driving day and still manage to only lose 0.6 strokes to the field? This is where advanced analytics like Strokes Gained have a benefit over traditional statistics such as fairways. Despite missing fairways, Johnson was still almost always able to advance the ball to the green and was also still very long by PGA Tour standards, averaging 309 yards for all tee shots on par 4s and par 5s. Hitting it longer makes fairways less important, assuming you can avoid penalty and recovery situations. V1 Game’s driving analysis shows just how consistent DJ is at pounding the ball. Each day he averaged over 310 yards off the tee box. This includes several holes where he hit less than driver. Hitting it far gains strokes! 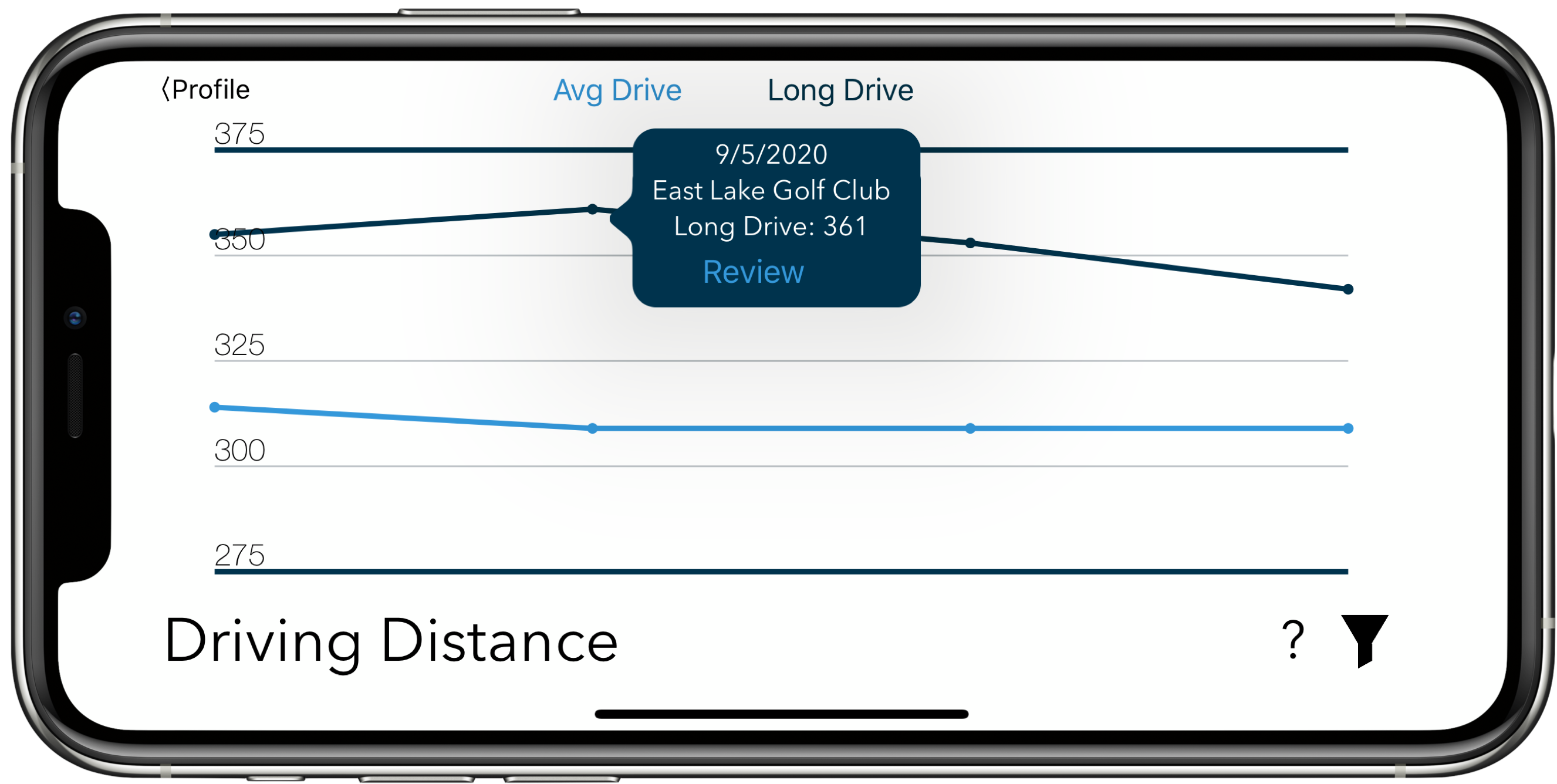 Lastly, from this week’s performance, he gained strokes putting three out of four days. An area that had been a weaker portion of his game has certainly turned into a strength. He has been meticulous about aligning his shoulders in recent weeks and it seems to be paying off with the flatstick. Johnson is gaining, or flat, with Strokes Gained for seven out of nine distance buckets using V1 Game’s putting breakdown. He is limiting three-putts and converting a high number of putts inside of 10 feet. He still has some room to improve but looks much more comfortable. When Johnson combines solid putting with the rest of his consistent golf as he has in recent weeks, he is truly the best player in the world.

5 things you should know before your college search