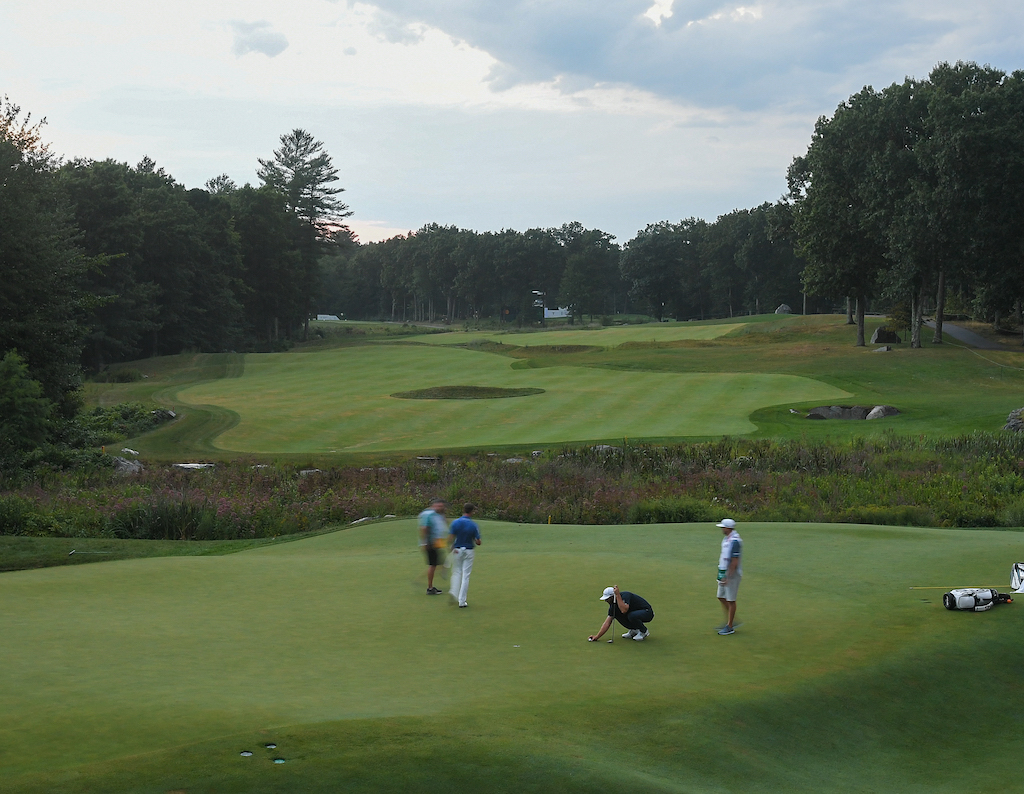 Watching PGA Tour golf has become something I don’t do a lot these days. Why? Well, for two reasons.

First, watching the best players in the world regularly run roughshod over pussycat golf courses just isn’t that entertaining for me. Did you realize that the top five players finished 101 under par at the Northern Trust? And the 70 players who made the cut totaled 673 under par!

Just proves that if you give them wide soft fairways, receptive and smooth greens, and no wind, they can simply tear it up.

The other is when they run into a “US Open-like” golf course like Olympia Fields this past weekend, it seems to become a putting contest as the field struggles mightily to break par.

The puzzling thing to me is just what was it that made Olympia Fields so tough?

From what I read, the fairways are “as narrow as 30 yards” on some holes. So . . . aren’t these guys supposed to be the best shotmakers in the world? From the stats I’ve reviewed, very few of these guys were able to hit even half the fairways. Just to share my perspective on this, my own little country club has fairways much narrower – some as slender as 17 yards, and only 3-4 as wide as 30.

For the best players in the world, 30 yards seems pretty generous.

But then there’s the length thing. For such a “difficult” golf course, they were able to reach both par five holes in two – if they could hit a solid drive in the fairway. And of the other 16 holes, only two of them required approach shots with more than a 7- or 8-iron, and at least 6-7 of those holes routinely gave them approach shots of less than 120 yards. That’s sand wedge range for these guys.

So, with each reachable par-fives, and at least 20-25 other wedge approaches, 4 under wins? Of course, we saw our share of approach shots that covered flags, but we also witnessed a large number of short irons and wedge shots that were uninspiring, in addition to drives that found uncharted zip codes.

It seems to me these guys would be much more precise in their shotmaking. Guess I was spoiled by growing up watching Jack Nicklaus, Johnny Miller and the like, shooting great scores while routinely hitting long and middle irons into greens.

But here’s the point of today’s post. I think most of you are playing a tougher golf course than these PGA Tour professionals regularly encounter, if you measure a course’s difficulty by the length of your approach shots.

Think back to your most recent rounds and count how many approach shots you hit with a short iron or wedge? Not nearly as many as you saw this past weekend, I’ll bet. If you think about it this way, you’ll realize you are really playing a much tougher course day in and day out than these guys do. So give yourself a break, OK?

Oh, and one other thing that really puzzled me about Olympia Fields–did you notice how many putts kept coming up short? I was shocked by that, as none of the pin placements seemed to be that treacherous that a putt that passed the hole would get away from them.

But in the end, it turned into a putting bomb contest, with Dustin Johnson draining a long one to get into a playoff, and Jon Rahm doing it right back to him on the first playoff hole. Guess if you really like to watch putting, these guys do put on a helluva show.