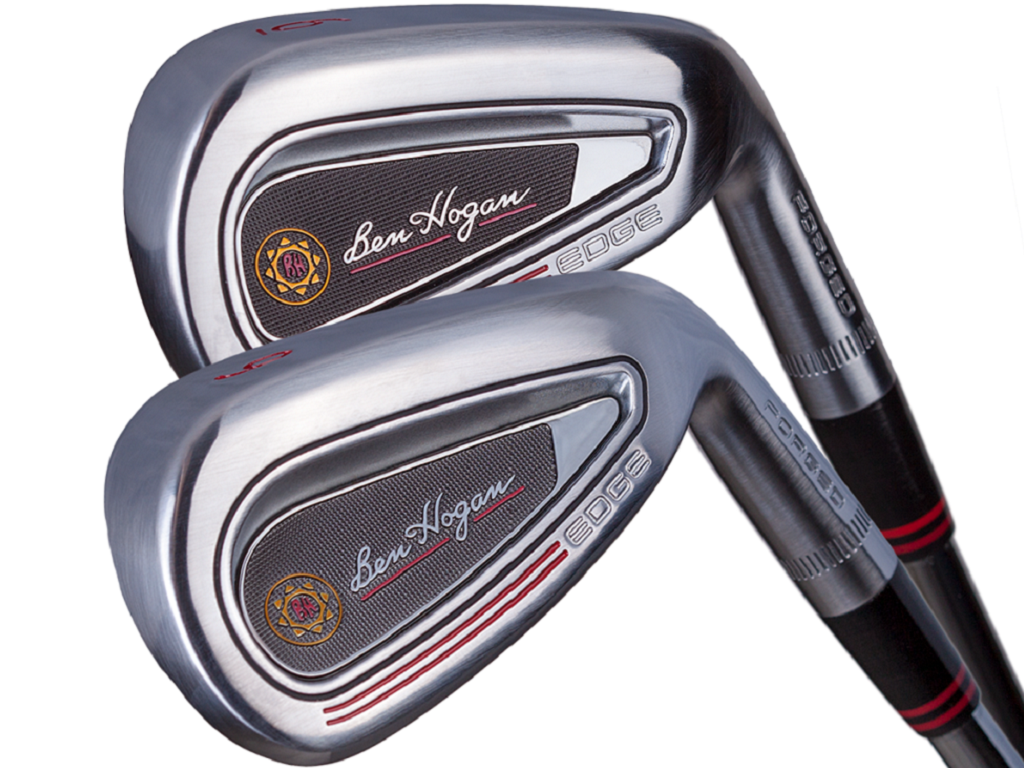 Thirty years ago when the original Ben Hogan Edge iron hit the market, it was a game changer. Now, the direct-to-consumer Ben Hogan Golf Equipment Company is reintroducing the Edge iron. As Hogan’s first “game improvement” offering, the original Edge uniquely blended feel and forgiveness. The new Edge seeks to do the same.

Edge irons are forged in two pieces. The hosel and back frame are forged first, then the forged face is laser-welded into place.

Edge irons feature a modified version of the company’s V-Sole Technology. It’s the same design principles but redesigned for a wider variety of golfers. The leading edge from sole to face has been ‘softened’ with more bounce has been added to the trailing edge. 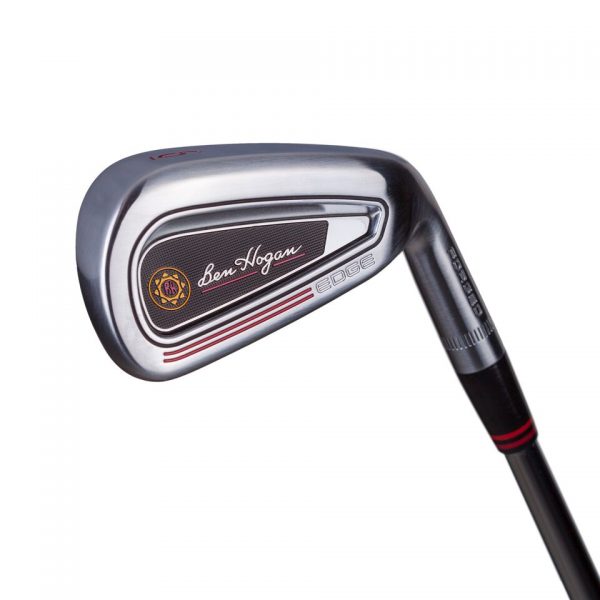 Ben Hogan Edge Irons can be customized at no charge. Golfers can select specific lengths, lies, and grips as well as their choice of a variety of steel and graphite shafts.

The Ben Hogan Edge Irons are available for demo or purchase at www.BenHoganGolf.com exclusively. Edge Irons are sold direct-to-consumers for $735.00 per seven-piece set (4-iron through pitching wedge).

The Nike 2018 Golf Sunglass Collection is here for Spring

A deep dive into the development of Titleist T100 irons 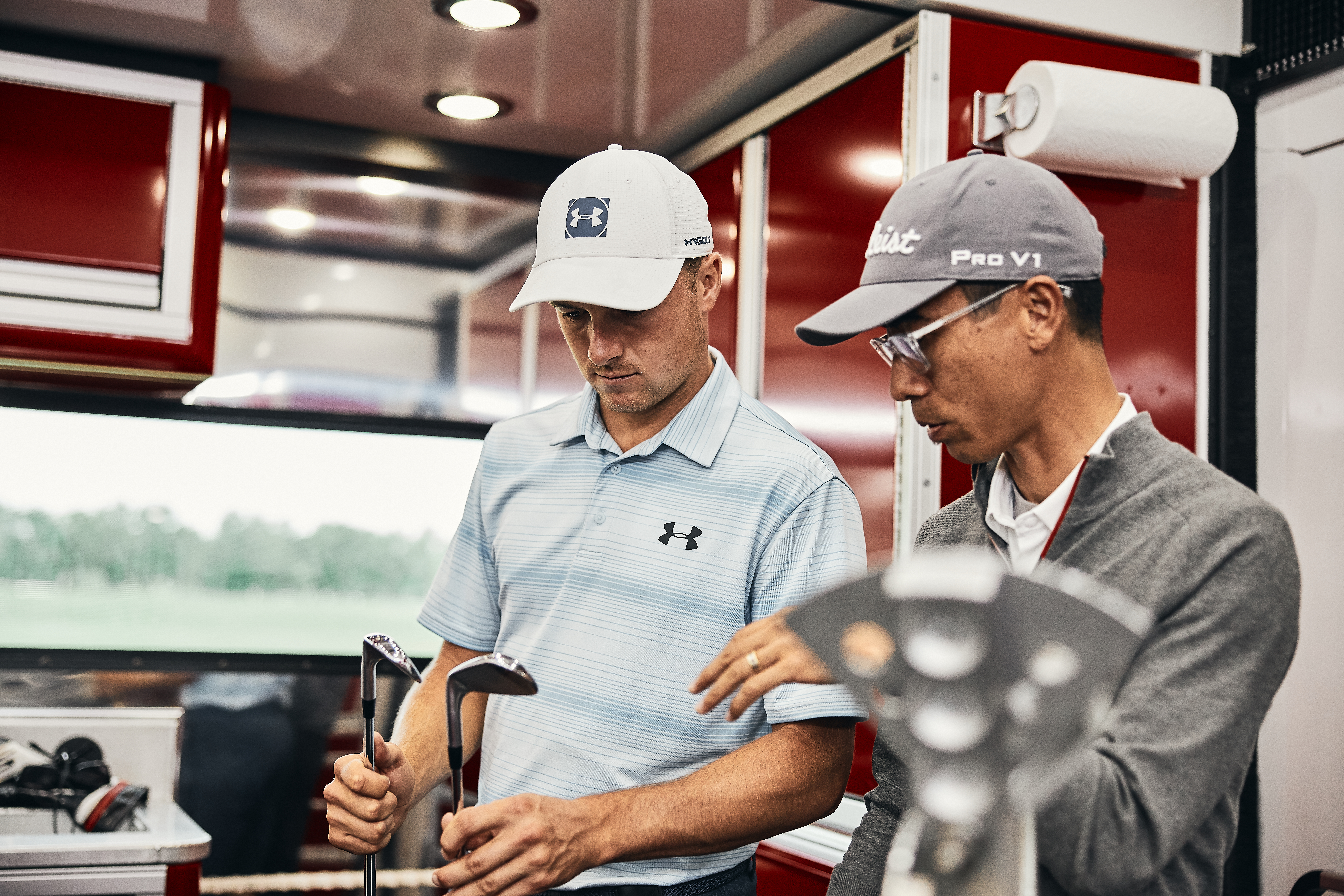 Since their introduction, Titleist T100 irons have been one of the most successful irons ever launched by the equipment manufacturer. Not only have they seen massive success on the PGA Tour by being at or near the top of the iron count since they were released, but they, along with the whole T-Series, have also made major waves with recreational players too.

As a complete gear junkie, and someone who has always had a fascination with the engineering and design process, I reached out to Titleist to get the inside scoop on the development of the popular iron and spoke with the team behind the T100. 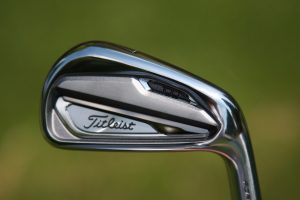 Ryan Barath: How long is your standard development cycle for irons, and was there any part of the process that was unique for the T100’s?

Titleist: At Titleist, we have a two-year product lifecycle, meaning we introduce new irons every two years. However, the creation timeline of new irons stretches well past those two years as we start working on early engineering three to five years before launch. In those early years, we focus on two areas 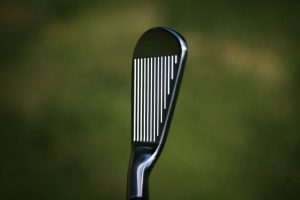 With T100 the goal was to give the club a tour-preferred look at address while retaining the solid feel and best in class overall performance. The response to T100 has been overwhelming as not only did we see AP2 players shift to T100, but so did many CB players helping T100 quickly become the new #1 iron across global tours.

RB: With the evolution of the players’ line beyond the MB and CB irons, what is the hardest part of making already great better?

T: There are a couple of challenging things when improving tour irons. The first is that tour pros know exactly what they want an iron to look like in the address position. Generally, they want short, compact blade length, minimal offset, and a narrow top line.

Feel is also incredibly important and that comes from materials, engineering, and the sole for turf interaction. T100 stands out in all of these areas and delivers on both the look and feel players are looking for in an iron. The dual cavity design, combined with our tungsten toe and heel weighting, helps separate T100’s performance making it the true modern tour iron. This is an iron that has a blade-like look, feel, and versatility that tour players want, but also provides an extra degree of forgiveness and precision that players can take advantage of at the highest levels of the game.

RB: With tour player feedback being a crucial part of the process, how are players like Jordan Spieth involved in the discussion? Is it a wants vs needs discussion? 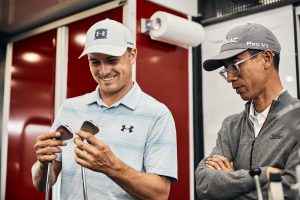 T: Tour player feedback is a key component in continuing to make our irons perform better as they give us input on size, shape, and performance attributes they are looking for such as launch and spin.

From a wants vs. needs standpoint, we try to give players all of their “wants” because that pushes our team to innovate and ultimately yields the best product. 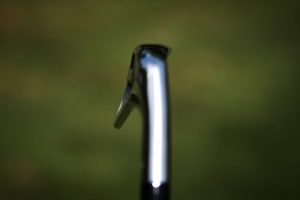 Jordan’s “wants” in a new iron are for it to deliver consistent performance on every shot. He wants to be able to work the ball in both directions as well as control his launch window and spin. Jordan is also looking for a little bit of forgiveness as while he is one of the best ball strikers in the world, he still appreciates getting closer to his number when he doesn’t make perfect contact. This is where T100 really shines as even a player of Jordan’s caliber realizes the value of increased precision when his carry distance and spin are more consistent.

RB: As a follow-up, can it be difficult to have a player be critical of an iron they are currently playing when on the search for better?

T: In partnership with our PGA Tour team led by JJ Van Wezenbeeck, we believe we have our players in the best product for their game. But the constant quest for better is in large part what drives both our Tour players and our R&D team so we are always pushing them on what are they looking for in future products as we want to get better just as much as they do.

We love it when during the testing process when a player says, “I love this, can I keep it?” and it is a little disappointing to have to tell them “soon!” but it is worth it knowing that we have found something they really enjoy. And we know if the best players in the world have vetted an iron that the rest of us will love it too.

Another important thing to know is there are plenty of prototypes that we test that don’t work for the players and that feedback is just as valuable as it helps us refine or in some cases completely eliminate ideas. At the end of the day, we are fortunate to have such a large and diverse tour staff to rely on for insights, testing, and ultimately validation during our product creation process.

RB: The T100 and the T100s irons have demonstrated tremendous success all over the golf world from the PGA Tour down to everyday golfers. What are you most proud of with this iron? 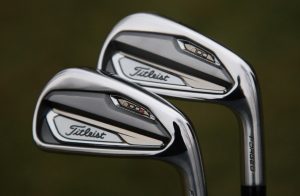 T: It is incredibly rewarding to see the best players in the world have success with irons that we design, but it’s just as fun seeing the in bags of regular golfers when we are out playing. The T100 is a great iron as it is the perfect combination of performance, looks, and feel. We feel just as comfortable putting that iron in the hands of any single or even low double-digit handicap index golfer as we do Jordan Spieth.

That’s what I’m most proud of with this iron, that we’ve combined the look and feel of a tour iron, with modern technology that makes it playable for so many golfers. 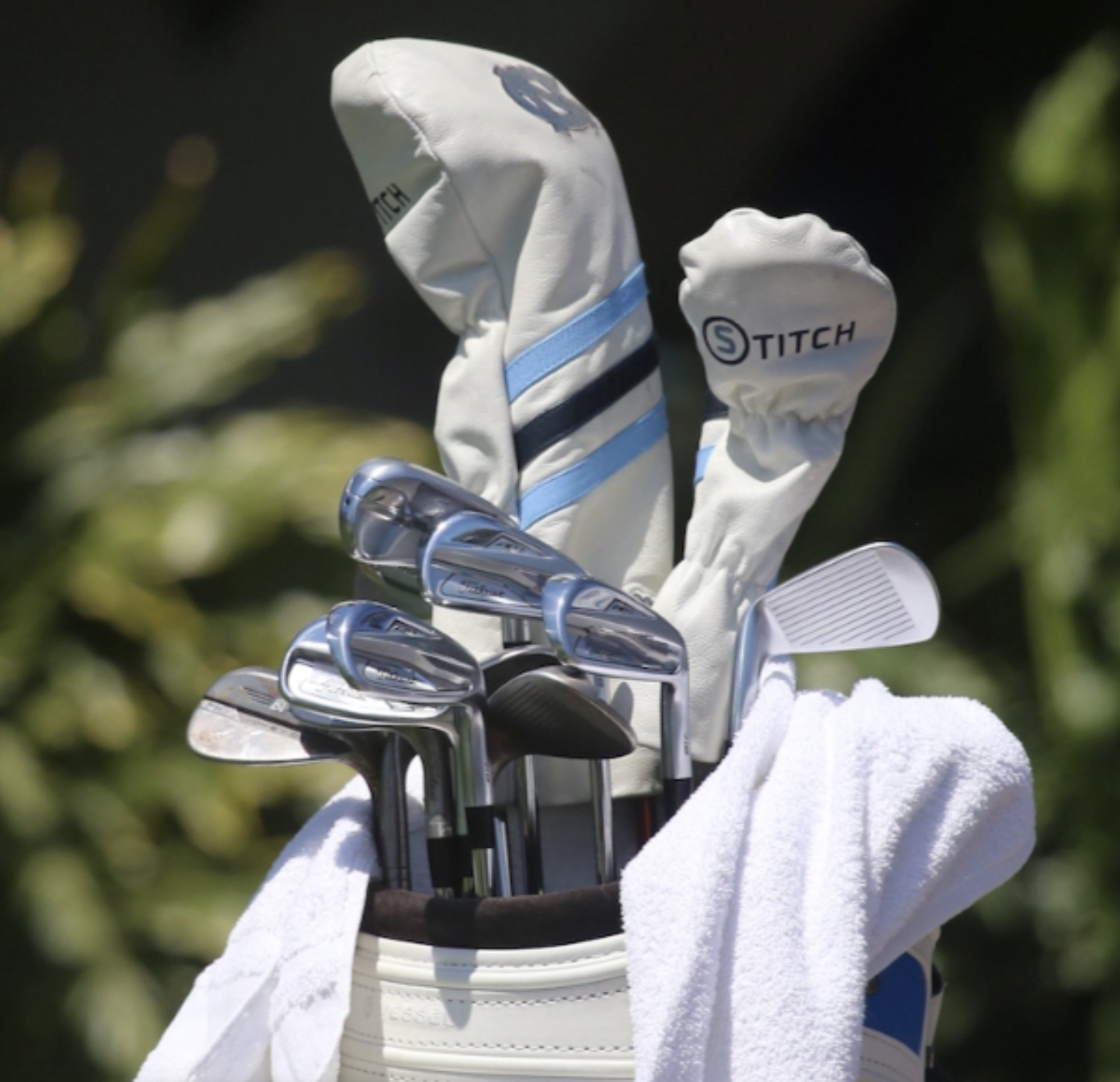 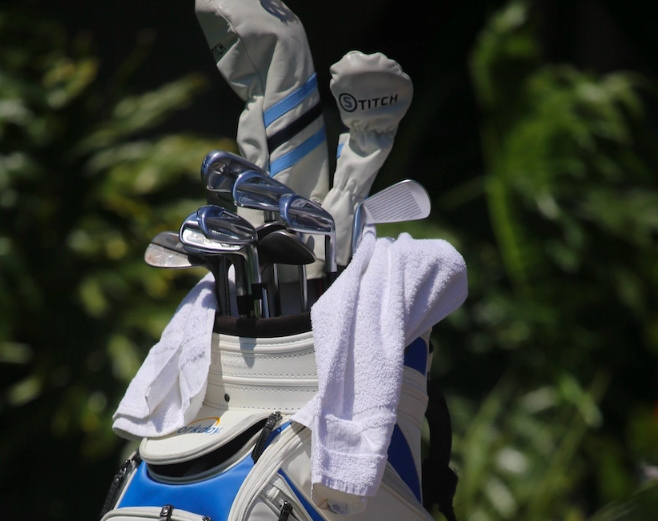 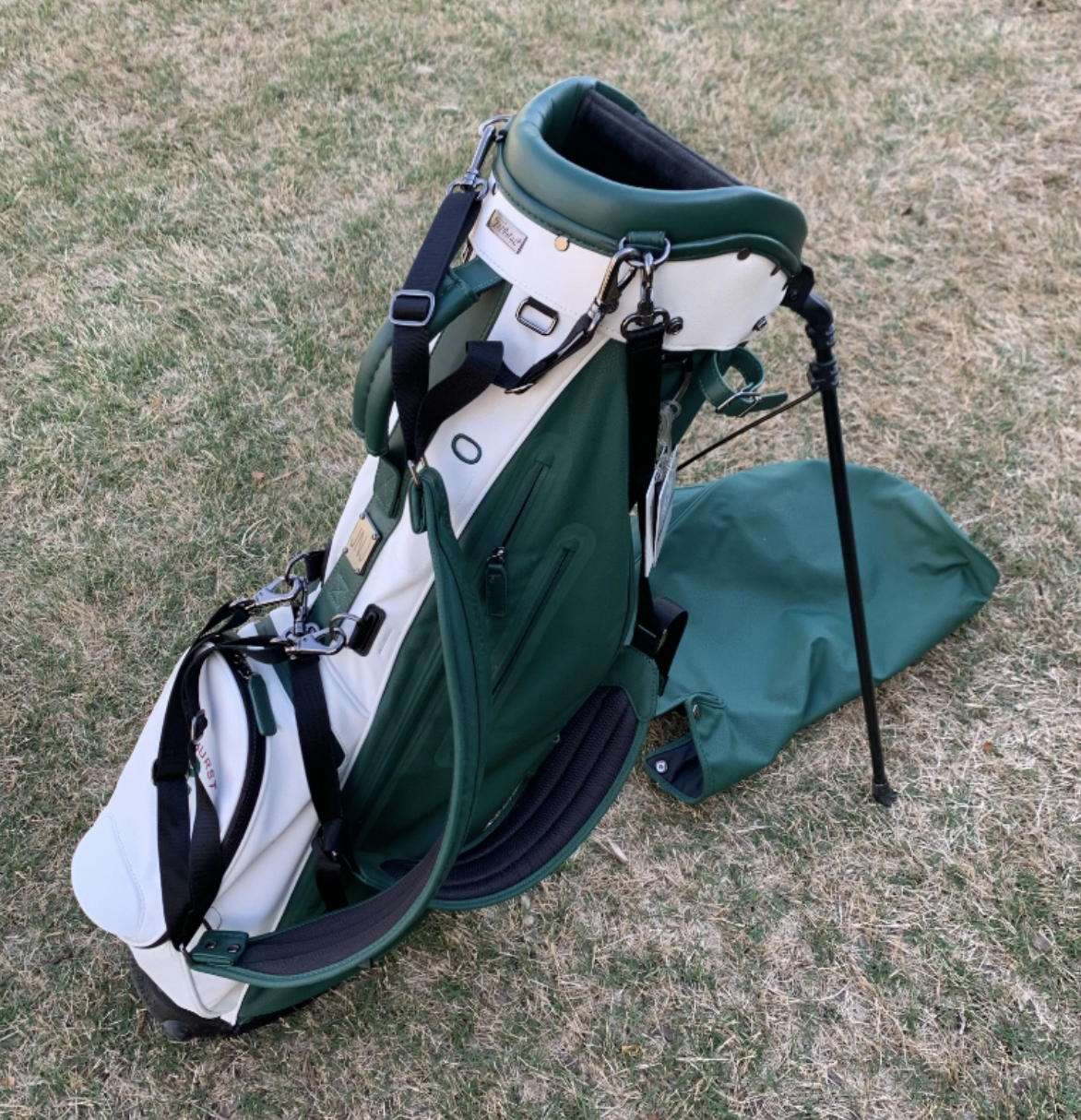 Currently, in our GolfWRX buy/sell/trade (BST) forum, there is a listing for an exclusive Pinehurst LinksMaster bag from Titleist. These bags are only offered to a select number of golf clubs and courses and are built to the highest quality. 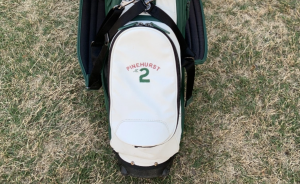 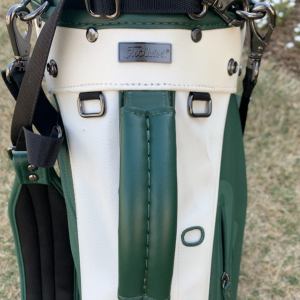 To check out the full listing in our BST forum, head through the link: Pinehurst Titleist LinksMaster bag 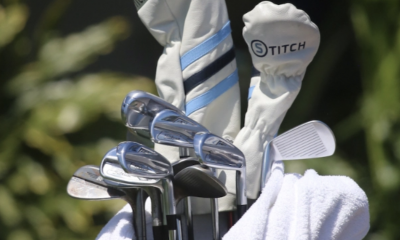