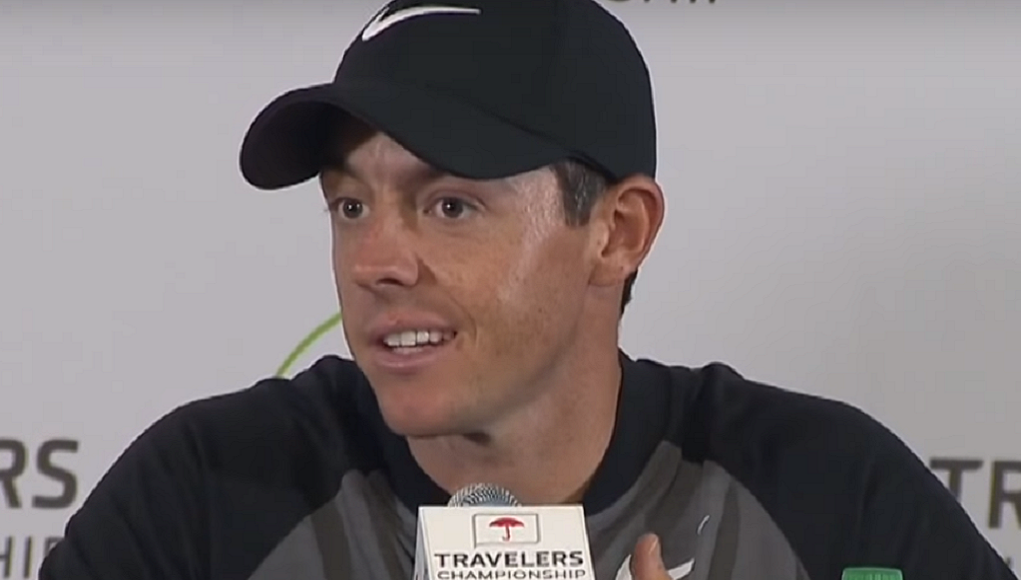 Rory McIlroy withdrew from the Abu Dhabi Championship January 16 with a hairline fracture in his rib. It kept him out of action until the WGC-Mexico in March. At The Players Championship in May, he reaggravated the industry and was out of action for more than a month until last week’s U.S. Open.

While injuries are standard fare for, you know, athletes, McIlroy has attracted criticism on two fronts: One is that his workout regimen caused/contributed to the injury, and two, that he’s been working out too hard during his recovery, which slowed the place of healing.

Regarding the first point, Dr. Ara Suppiah told Golf Digest such injuries in golfers are usually the result of the stress put on the body by the golf swing, which Rory McIlroy does in excess of 118 mph.

“What typically causes the fracture is a tugging action on the rib by the serratus anterior muscle, which is attached to the rib cage. As a golfer swings back, the muscle stretches and pulls on the ribs while moving the scapula forward (like throwing a punch with your left arm). Stress also can occur as the body stops rotating after impact while the club keeps moving.”

With respect to the second point, McIlroy told reporters at the Travelers Championship that he hasn’t lifted weights at all in 2017.

“Honestly, I haven’t lifted a weight all year, and it’s tough for me to come out and sort of say I don’t. But I literally have — the most I’ve lifted in the gym is 15 pounds this year because of my injury.

“I’m nowhere near as strong as I used to be. I’m not. But I don’t need to be. I feel like physically if I’m stable and I’m strong in the right areas, I’m okay…So at least I can’t be criticized for that this year.”

The reference, in part, is to Brandel Chamblee who suggested last year (along with favorite conspiracy theory “Tiger Woods’ weightlifting was detrimental to his career”) that McIlroy’s gym routine is a cause for concern, leading to a Twitter spat.

Only in golf, folks, do players, who work out under the tutelage of the best minds in the business, have to defend themselves from talking heads with no backgrounds whatsoever in anything related to fitness, kinesiology, exercise physiology, anatomy, exercise science, etc.

McIlroy’s remarks are somewhat funny, and it’s good to see he’s following doctor’s orders to recover fully, but the myth the exercise in general, weightlifting in particular, and golf don’t mix needs to die.

Jordan Spieth is done looking for the perfect putting stroke