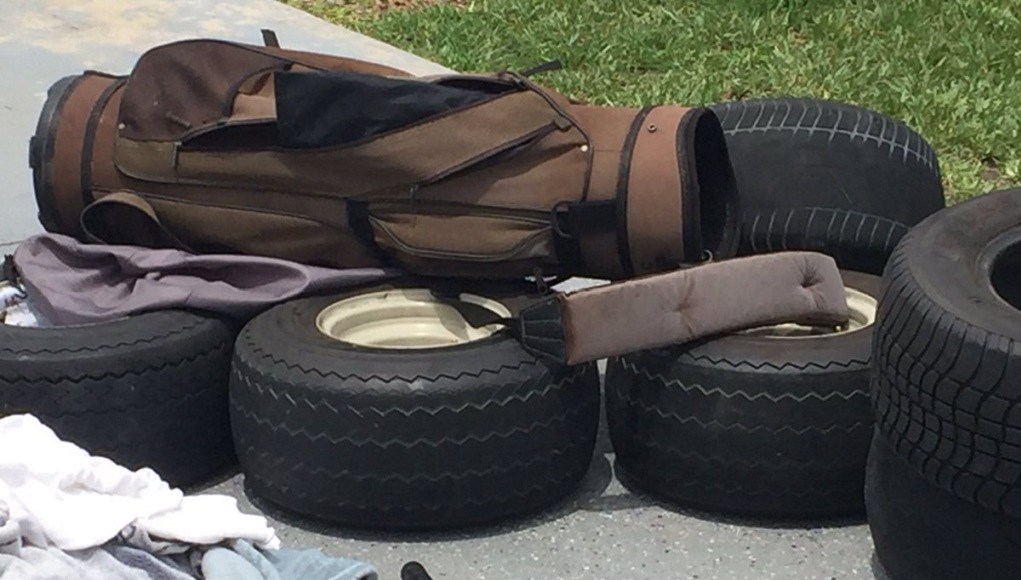 Let this be a lesson to you: If you’re going to run a combined meth lab/golf cart chop shop out of a house in a gated retirement community, don’t be conducting front-door drug deals as well.

Ultimately, it was neighbor suspicion and calls to the authorities that led to the Sumter County sheriff’s deputies and SWAT team descending upon a home in The Villages.

Seriously, where are you more likely to find nosey neighbors peeking out from between their curtains than a retirement community? It’s not like anyone has to go to work! Everyone is home. And you’d imagine word travels fast. It’s not surprising, then, that authorities received no shortage of neighbor complaints.

But back to the golf-related element of the story: the chop shop. Per Deadspin, golf cart theft in The Villages (where everyone drives golf carts) is a big thing. Three men were arrested last month with one of the man copping to swiping more than 30 golf carts per month.

According to a report from the Orlando Sentinel authorities found evidence of a golf cart chop shop operation: Golf cart windshields, seat cushions, tires, and other parts.

“There have been some golf carts stolen in the neighborhood in The Villages here, and we’re trying to tie some of the parts to some of the stolen vehicles,” Sumter County Sheriff’s Office Lt. Robert Siemer told reporters.

It wasn’t the elderly homeowner who masterminded the drug ring/chop shop, but rather his niece. Kathleen Unrath moved in with her uncle under the pretense of caring for him, which she may have done, but she also invited four other individuals to live with them to run the operation.

Here’s WFTV with the report from the heart of the golf cart thoroughfare.