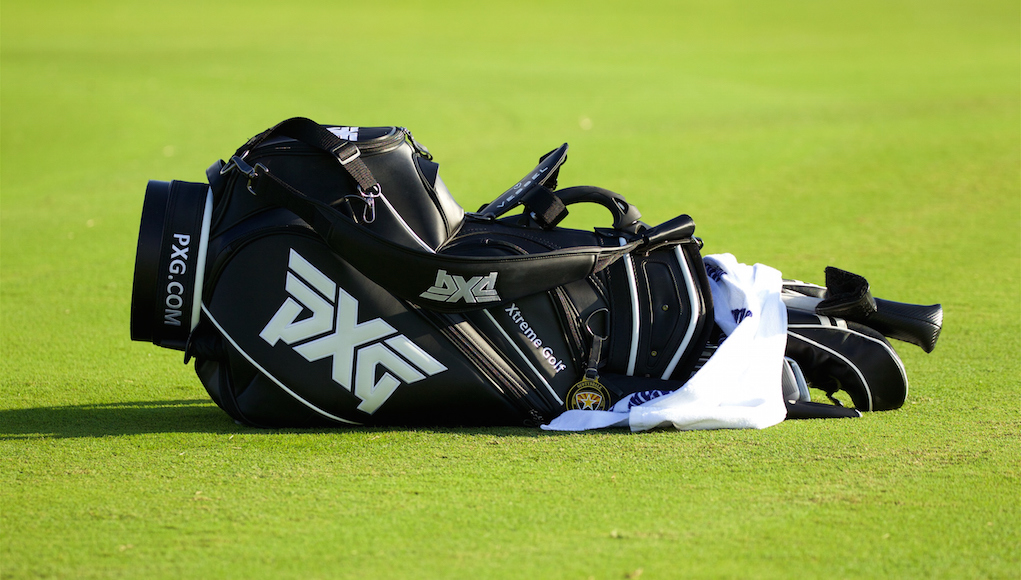 Karl Benz is widely credited as being the creator of the first practical motorcar. While Mercedes-Benz would spawn from Karl Benz original company, it was Rolls-Royce that made luxury synonymous with automobiles. Parsons Xtreme Golf is doing the same thing with golf equipment. This is a story about the niche market of luxury goods and how the principle of luxury has found its way into the mainstream golf equipment industry.

By the end of 1903, Sir Henry Royce had designed and built his own gas-powered automobile that boasted a 10-horsepower engine. Charles Rolls met Royce in 1904 and vowed to sell as many of Royce’s cars as the man could make. Thus, Rolls-Royce was born. In an early advertisement, the company called the six-cylinder Rolls-Royce, “Not one of the best, but the Best Car in the World.”

If you have time, you should check out the Rolls-Royce website. The homepage has this elaborate short film where Kate Winslet narrates the story of Rolls-Royce. The short film opens with a view of the camera gliding through a cloudy sky with a fade-in title, House of Rolls-Royce Presents. “It may surprise you to know,” Winslet says, “There is, in this world, a place where beauty is made.”

On the other end of the spectrum, when you log on to Ford’s website, you see “A vehicle for every lifestyle.” Where Ford wants everyone to own one of its cars, Rolls-Royce wants to sell to people who settle for nothing less than the Best Car in the World.

For a long time, the golf industry has operated much like Ford. Most of the manufacturers have produced similarly priced clubs at a similar level of quality all aiming for a share of the same market. Boutique golf equipment manufacturers such as Scratch and Fourteen have built fantastic forged irons, but their price points still pitted them against the behemoths of the golf world. Miura and Epon stand out as companies that have successfully built a bridge between luxury goods and golf equipment with higher price points, but PXG took it to the next level.

Bob Parsons has driven his proverbial Rolls-Royce down Main Street with claims placed gracefully on the PXG About Page. He says PXG makes “the world’s sexiest, most forgiving golf clubs that launch higher, go farther, feel softer and have a sweet spot the size of Texas.” His colloquial description is my favorite.

Since PXG released its first line of clubs, its most popular being thin-faced, forged irons filled with a material called thermoplastic elastomer, the discussion has focused disproportionately on the price of the clubs and not the quality. The question most golfers have asked is, “Is there any way PXG clubs can be twice as good as anything else on the market?” It’s a fair question, but it’s irrelevant. Is a Rolex watch 10 times better than a Citizen? It doesn’t matter. Because if you’re looking at the price, then you can’t afford the Rolex, so your opinion of quality doesn’t really apply to the Rolex, does it?

Every article about PXG clubs I’ve read has some comment that resembles the following, “The price of these clubs makes no sense. This is Parson’s pet project and the company won’t be around in two or three years.”

Maybe it is just a pet project for Parsons, a billionaire with an estimated net worth of $2.5 billion, but the truth is, Parsons is a bit of genius. He’s not a genius because he has invented the greatest set of clubs in the history of golf, although some golfers do say that about his clubs. It’s because he identified a hole in the market, and he has filled it with a thermoplastic elastomer.

Another common tirade I’ve seen is something similar to the following: “The prices are laughable…You can only do so much with a technology…and there is only so much of a premium you can charge here today…”

The prices are laughable… for someone who can’t afford them. The observation about money running out is different because it shows the commenter doesn’t necessarily understand what Parsons is doing. Parsons has said over and over again, “I’m not competing with TaylorMade and Callaway because my target customers are major earners.” And that’s why he’s seeing success. In an interview with Michael Collins on The “Golf” Podcast, Parsons said the company is on track to reach $100 million in sales and will be profitable for 2017.

“…consumers also are rational beings; aware that they can buy products at mass market retailers which have aesthetics and features similar to luxury brands but are a lot cheaper…Is the rational mind more likely to choose mass market while our emotional mind yearns for luxury? Is it that simple?”

Dr. Murray goes on to say, “we can be emotionally drawn to good design, and then rationally decide whether the exceptional qualities of luxury design are worth the additional price versus the ‘good enough’ qualities of a mass market alternative.”

Golf is a brutal combination of the cerebral and the physical, and because of this players make club choices primarily on subjective and inherently emotional qualities. It’s why players can walk into a store, hit several models on a launch monitor providing all sorts of data and chose a club that might not produce the best data because it feels better.

“Purchase behavior is a direct result of how a consumer perceives that a brand delivers the emotional end-benefits of buying and owning,” Dr. Murray says. “The emotional end benefit is basically, ‘Who am I?’ And how does a brand help define who I am?”

People have an emotional connection to luxury brands. As Dr. Murray points out in his article, this connection typically occurs within the realm of people who have the financial means to purchase luxury brands. Rolls-Royce only wants those people. So too, does PXG.

When people who love cars watch Top Gear and see Jeremy Clarkson roll out in a brand new Ferrari, they don’t look at it and say, “The price on that car is ridiculous.” They say, “That car is amazing,” and then enjoy the test Clarkson puts the Ferrari through, watching in awe of its power and elegance. I know, I’m one of those car lovers.

So, why do we look at PXG and say things like, “Those clubs are ridiculous. There’s no way they could be that much better?” The comparative quality is irrelevant. Basic economics says that the market equilibrium lies where supply meets demand. Parsons doesn’t need the equilibrium because he’s not trying to scale; he’s trying to build clubs that people are willing to wait in line to get. That’s how luxury works.

As Dr. Murray puts it, “The luxury brands they [the consumers] treasure have the rare and intangible quality of truth…Luxury brand truth is a visceral connection between consumer and brand.” He goes on to say, “Truth is expressed in narrative and other communication which breathes life into the brand, evoking perceptions of authenticity and timelessness.”

What Parsons has done so well is ensure that his marketing matches his personal feeling about the product he’s created. Because without those two living in harmony, there would be no authenticity; without authenticity, there is no truth. The narrative Parsons tells with his marketing and his clubs is something those who can afford them relish. This narrative, coupled with successful use of the clubs by LPGA and PGA Tour players such as Lydia Ko and Zach Johnson, has given PXG the platform to take luxury golf equipment mainstream and that’s the gap PXG is bridging. Thanks to brilliant marketing and truly revolutionary designs, luxury golf equipment is no longer a fringe niche.

Welcome to the era of Rolls-Royce, Porsche and Ferrari in golf equipment.

The Best Golfers Without a Major? Who Belongs on the List and Who Doesn’t