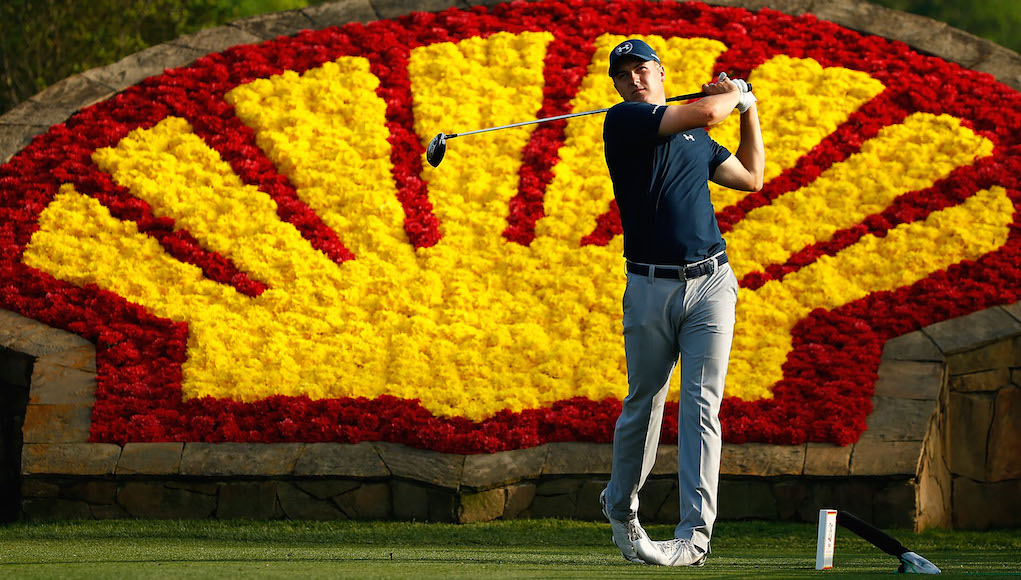 The PGA Tour makes its final stop before the Masters in Houston, Texas, this week for the Shell Houston Open. Marking the 20th year as the Masters’ lead-in, the Shell Houston Open is a great opportunity for the players to tune their game heading into the year’s first major. Four of the top-10 players in the world headline the field including Texas-native Jordan Spieth, Henrik Stenson, Rickie Fowler and Adam Scott. Other notables in the field include Phil Mickelson and the defending champion Jim Herman. This week is a chance to see how some top players are rounding into form and the journeyman’s last-ditch effort to make it to Augusta. Everyone is playing to win this week but they should be weary of peaking too soon; only two previous winners have finished inside the top 15 the next week at the Masters.

The par-72 Tournament Course at the Golf Club of Houston will play at 7,457 yards this week. In its 15th year as the host, the Tournament Course has turned itself into a player favorite by matching the anticipated conditions at Augusta National. It features more than a few collection areas and lightning putting surfaces. It’s safe to assume that the greens will run at no less than a 13 on the stimp. With its wide fairways and forgiving rough, the course will favor the long bombers. Players should be able to let it rip with driver off the tee without worrying about missing the fairways. Keep an eye on the par-4 12th this week; it’s an exciting risk/reward hole that’s reachable from the tee for most of the longer hitters. It sets up well to drive the green but anything pushed right will find the water.

My Pick: I’m going back to an old favorite this week; Henrik Stenson at +1200. He didn’t play in last week’s WGC-Dell Technologies Match Play so he should be well rested and prepped for the Masters. Stenson fell one shot short of a playoff here last year — Jim Herman chipped in on 16 in the final round to break the tie — so the course clearly fits his game. He had a little trouble on the par-3s last year, playing them at 2-over for the week, but he dominated the rest of the course. He shot 9-under on the par-5s and 7-under on par-4s. The course allows him to hit driver off the tee so he’ll be in position to put his ball striking on display.

Value Pick: My value pick this week is Daniel Berger (+4000). He has a strong track record in this event; in his two appearances, Berger hasn’t finished outside the top 25 (T5 in 2016 and T25 in 2015), and only has one round over par. Berger is above average in Shots Gained off the Tee at 67th but what is dragging him down is his accuracy. He’s only been hitting about 59 percent of his fairways this year but the light rough at the Golf Club of Houston won’t penalize him as much as he’s used to.

Long Shot: I’m taking a shot on Jhonny Vegas this week at +6600. He hasn’t missed a cut at the Shell Houston Open in his last 4 attempts and finished T19 last year. He’s played solid golf this year, making 10 of 11 cuts, and finished in the top 5 at the Honda Classic. He occasionally has issues with accuracy off the tee and doesn’t have a one way miss. If he can manage that at all this week, I think he’ll at least be in contention on the weekend.

Will there be a playoff? Yes (+300) No (-450): Yes! Absolutely have to take these odds. The Shell Houston Open has had 23 playoffs in 71 tournaments. That’s nearly one out of every three years. These are close to the same odds you’re getting at every other tournament except this tournament has the second most playoffs in history, second only to the U.S. Open. This has to be played.

Jordan Spieth Top 5 Finish (+135): This is as close to a lock as you’re going to get this week. I don’t think he’s going to take the W because I have a feeling his mind will be focused on Augusta all week, but this course absolutely suits his game. He won’t have to worry about finding the fairway, he ranks 117 in Shots Gained off the Tee and is actually losing shots to the field, and the quick greens should allow him to sink some 15-20 footers.

Hole-in-One: Yes (EVEN) No (-130): I’m going with “No” this week. I don’t like the odds nearly enough to take yes and the par-3s here always play tough. The only hole that is listed under 200 yards is No. 7 and it still played above par last year.

What Your Golf Bag Says About You