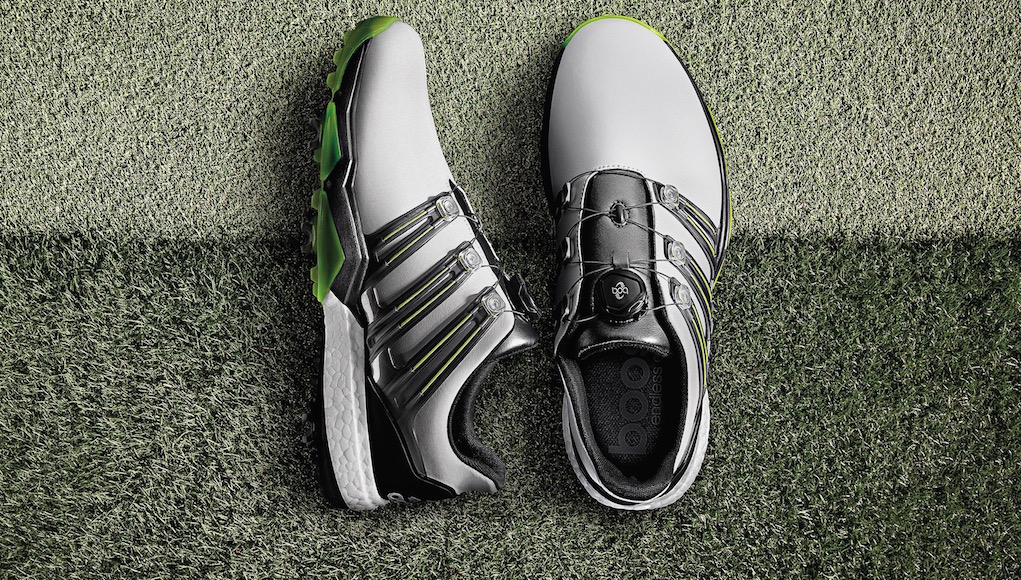 There’s no question that today’s golf shoes are significantly better than they were 10 years ago. They’re lighter, more flexible and undeniably more comfortable, but like all things golf-equipment related, there’s a group of golfers who cringe at the latest footwear buzzwords. Paramount to them is stability and traction, and Adidas’ new Powerband Boa Boost golf shoes are designed to give them exactly what they want. Maybe even more. 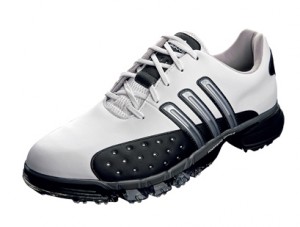 The Powerband Boa Boost are part of Adidas’ Power platform, a golf shoe line that debuted 10 years ago with the release of the iconic Adidas Powerband (see right). Several iterations followed.

“The original Powerband golf shoe was a revolutionary product when we first brought it to the marketplace in 2007 and it helped push golf footwear technology to the next level,” said Masun Denison, Director of Footwear, Adidas Golf. “The Power franchise has always stood out as bold and more progressive, and is a great representation of what Adidas Golf is all about. Infusing this footwear with all that we have learned the past 10 years, the new Powerband Boa Boost is the most technical and innovative Powerband shoe to date and we are excited to bring it back to the golf market.”

The Powerband Boa Boost aligns with its predecessors in offering “traction, support and stability, allowing [golfers] to maximize their swing speed and performance,” according to Adidas. Did you hear that serious golfers, especially you 3-iron carrying, Trackman-number posting, ground-forces leveragers? These could be your next pair of golf shoes. 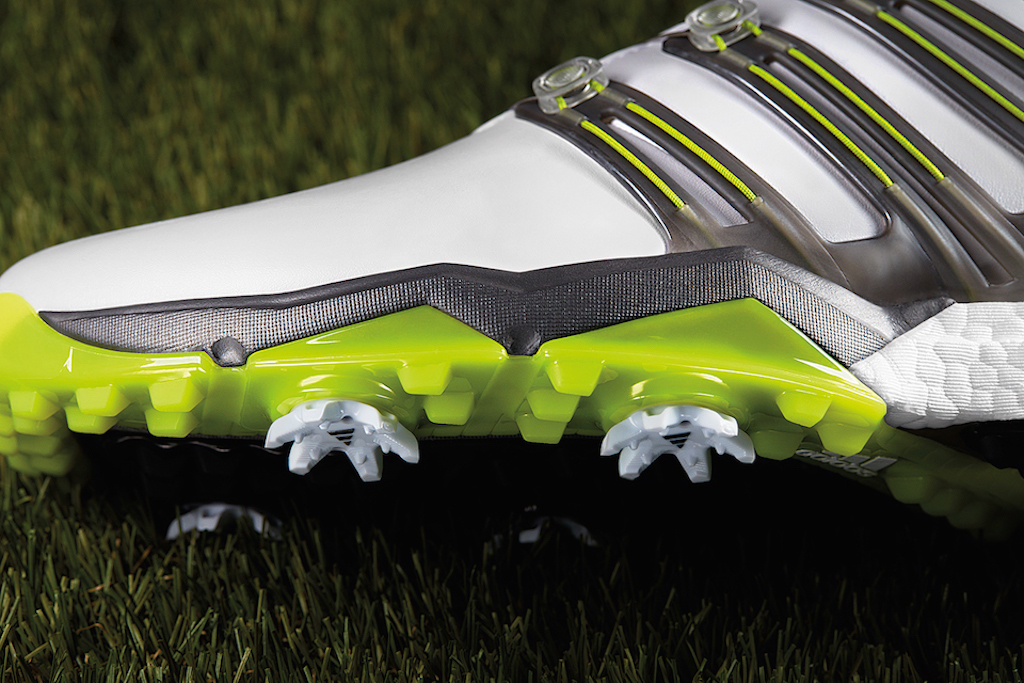 Key to the design of the Powerband Boa Boost is Adidas’ Boost cushioning system, which is used in the midsole to improve comfort and energy transfer (learn more about Boost in this story). There’a also a new Powercage chassis system, which uses soft wire loops and straps that are integrated in the the 360Loop of the shoes to help lock down a golfer’s midfoot during the swing. 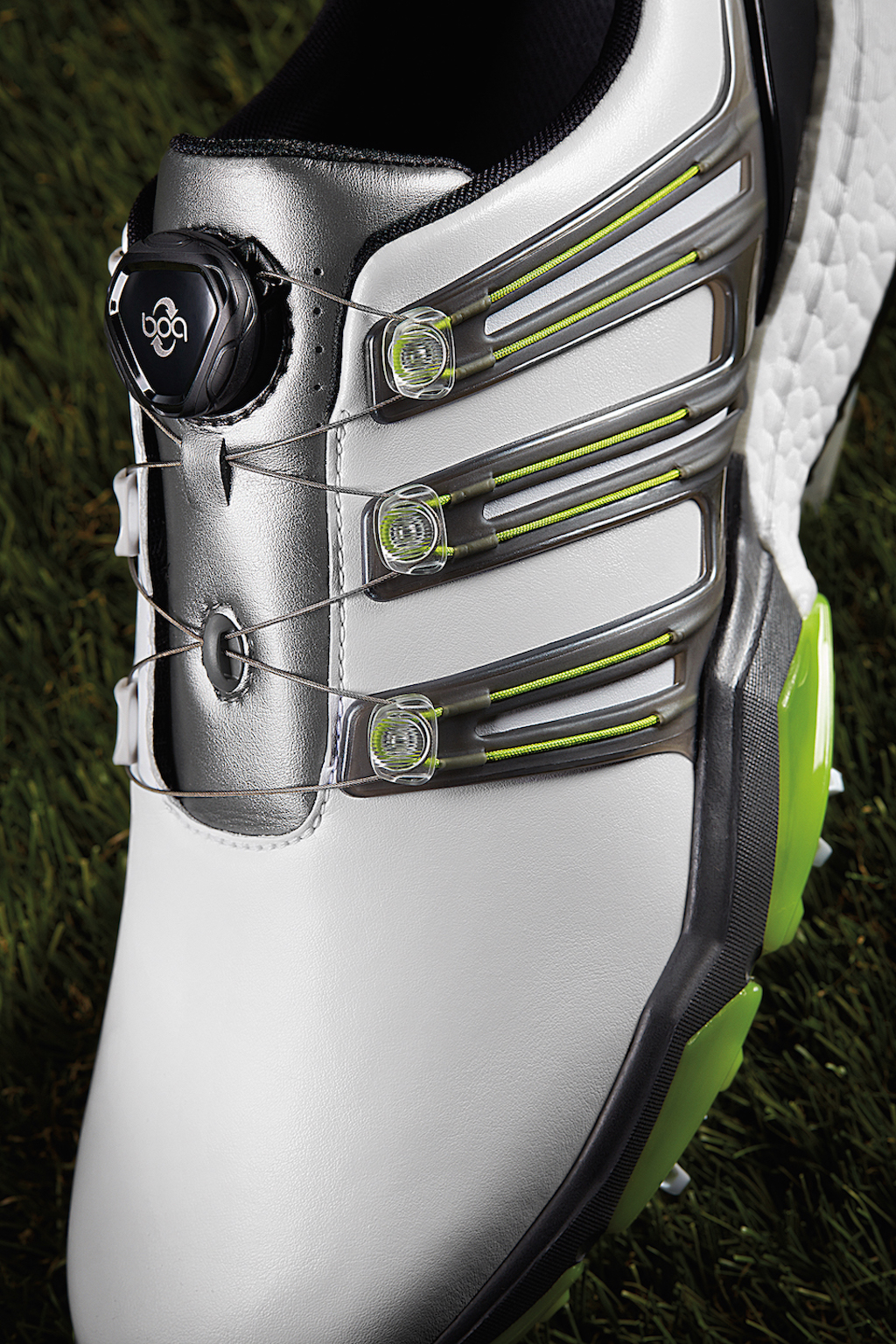 How locked down do you want to be?

Adidas is encouraging golfers to find out with the shoe’s L6 Boa Closure system, which is positioned on the tongue of each shoe. Its push-pull design allows golfers to make micro-adjustments to fit (tighter, looser) on the fly. The feature adds lateral stability to the upper portion of the shoe, preventing what Adidas calls “power leaks.” Yes, I think we’ve all had a few of those. 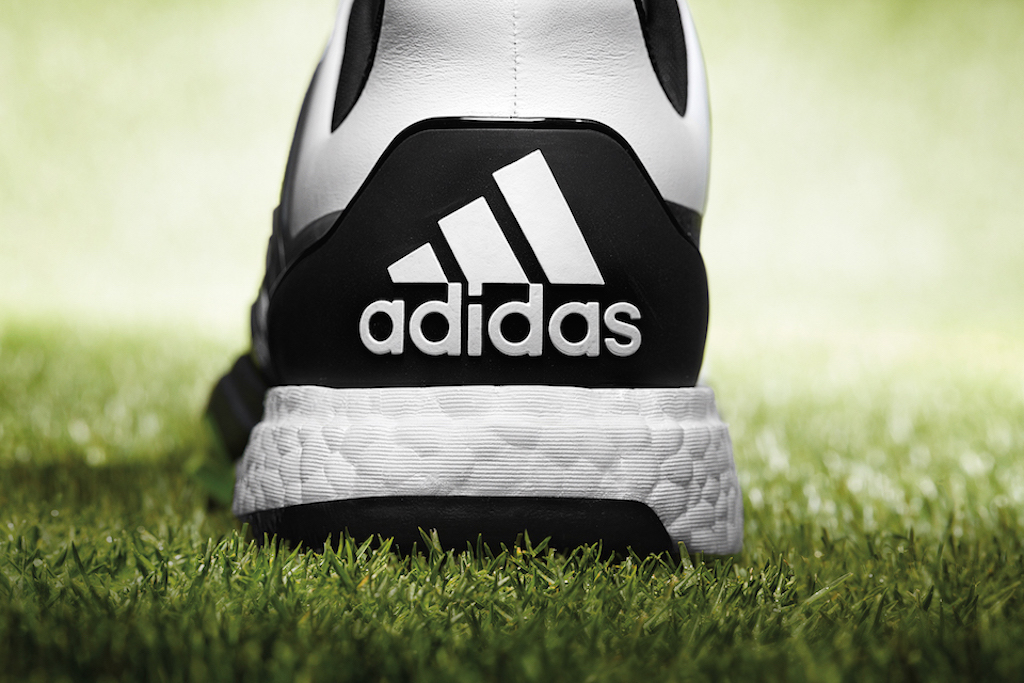 The Powerband Boas Boost ($179.99) use Adidas’ six-spike TPU outsole. They’ll be available in January in five colorways, and both medium and wide widths. Last thing: The shoes use what Adidas calls its “competition last,” which has a slightly more rounded toe shape and wider forefoot, increasing the overall volume of the shoe.