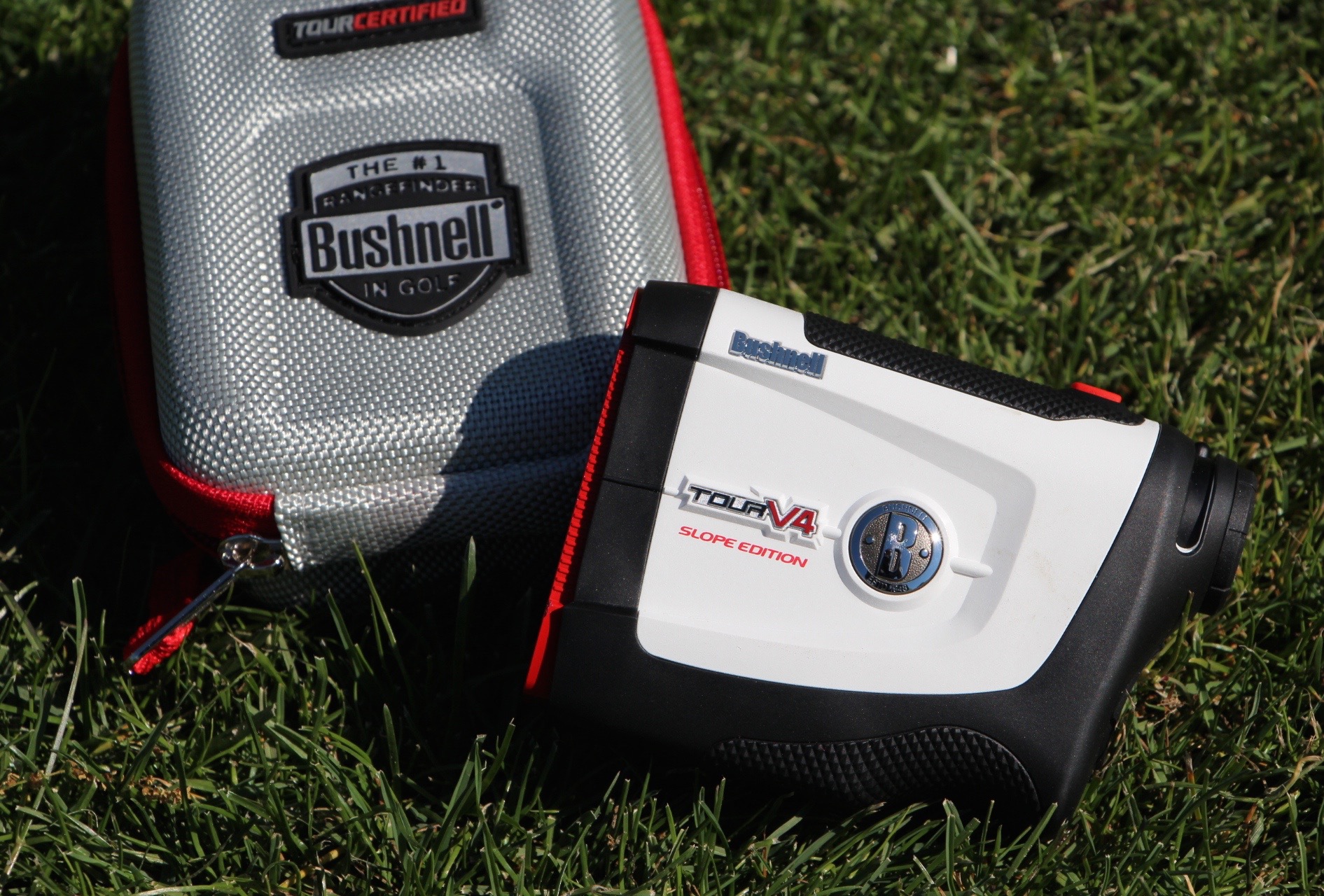 Pros: Compact and lightweight. Lightning-fast readings. Easy to use. With the Tour V4 Slope, slope mode can be turned off to comply with tournament rules.

Who it’s for: All golfers can use the Tour V4 ($299.99). The pricier Tour V4 Slope ($399.99) offers slope functionality, which appeals to golfers who play different courses on a regular basis, or want the most accurate readings possible for casual and practice rounds. 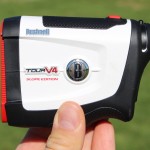 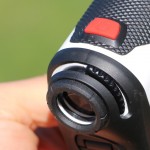 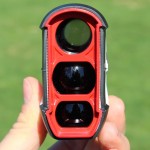 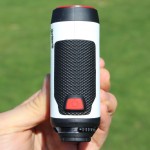 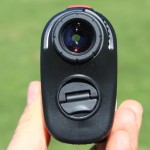 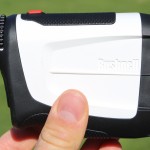 The Tour V4 Slope (and all Bushnell’s slope-measuring rangefinders) uses a built-in inclinometer, as well as an algorithm that factors in distance, elevation and trajectory to calculate a distance a shot will play. So on top of producing an actual distance to the flag, say 150 yards, the Tour V4 Slope will also provide a “plays-like” distance. If that 150-yard shot is uphill, it might play more like 160 yards. If it’s downhill, it might play more like 140 yards. For golfers who know their distances well, the Tour V4 Slope will help them better understand their course in causal and practice rounds. And come tournament time, they can still use the Tour V4 Slope, if local rules allow, by toggling the slope functionality off before they get to the first tee.

The USGA rule change eliminates the need of tournament golfers to have two rangefinders, a problem Bushnell had already solved with the Tour X Jolt ($499.99). The Tour X Jolt used a system of interchangeable face plates, which make it a slope-and-distance measuring device when its red face plate was installed, and a distance-only measuring device when its black faceplate was installed. The execution was impressive, but more than once when I (too firmly) dropped the Tour X in the back bin of my golf cart was I jarred when the face plate came flying off. The rangefinder was always fine, but a part of me wondered how many drops it had left in it before something bad happened. 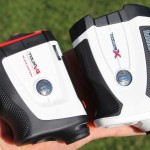 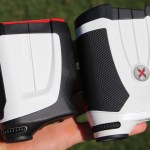 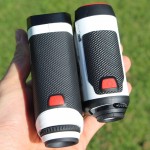 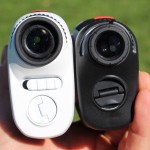 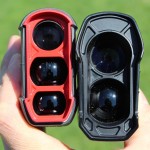 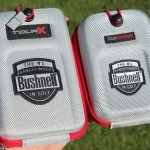 There are a few advantages to the Tour X, however, but for most golfers in the market for a new slope rangefinder, the Tour V4 makes much more sense. For example, with the Tour X, golfers can toggle between a brighter red display and a deeper black display. It also has a 6X magnification, making objects appear 6-times larger through its viewing window, whereas the Tour V4 Slope only has a 5X magnification. The Tour X also claims an accuracy of +/- 0.5 yard, while the Tour V4 has an accuracy of +/- 1 yard. Personally, I liked the ability to toggle the color of the Tour X’s display from black to red, but I didn’t notice the magnification or accuracy differences when compared to the Tour V4 Slope. What I did notice in a big way, however, was that the Tour V4 had no removable parts, and was significantly smaller and lighter. More importantly, the Tour V4 Slope sells for $100 less than the Tour X. Both also use Bushnell’s “Jolt” technology, which alerts a golfer when the rangefinder has locked onto a flagstick by vibrating.

If you’re a golfer who wants the most accurate distances possible, the Tour V4 Slope is currently Bushnell’s most attractive option, thanks to its ability to turn its slope functionality on and off through its menu. If you don’t care about slope, the Tour V4 and its $100 savings makes more sense. But once slope is off the table, you may want to consider Bushnell’s even more affordable models (Tour V3, Medalist). 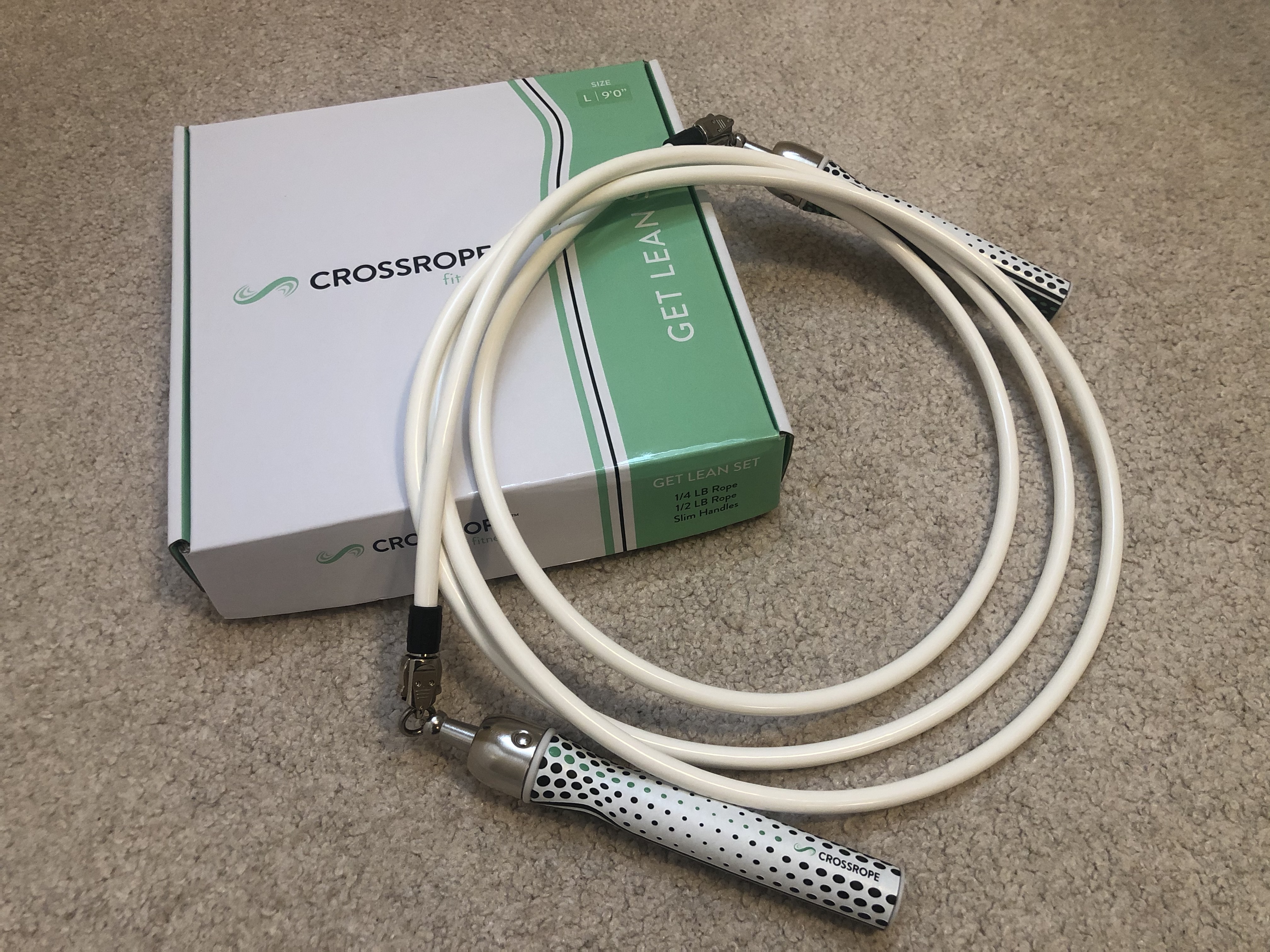 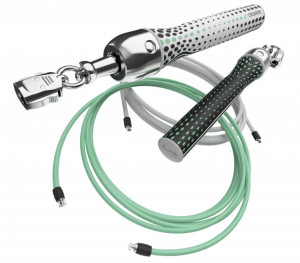 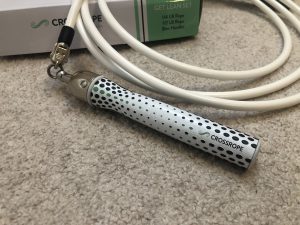 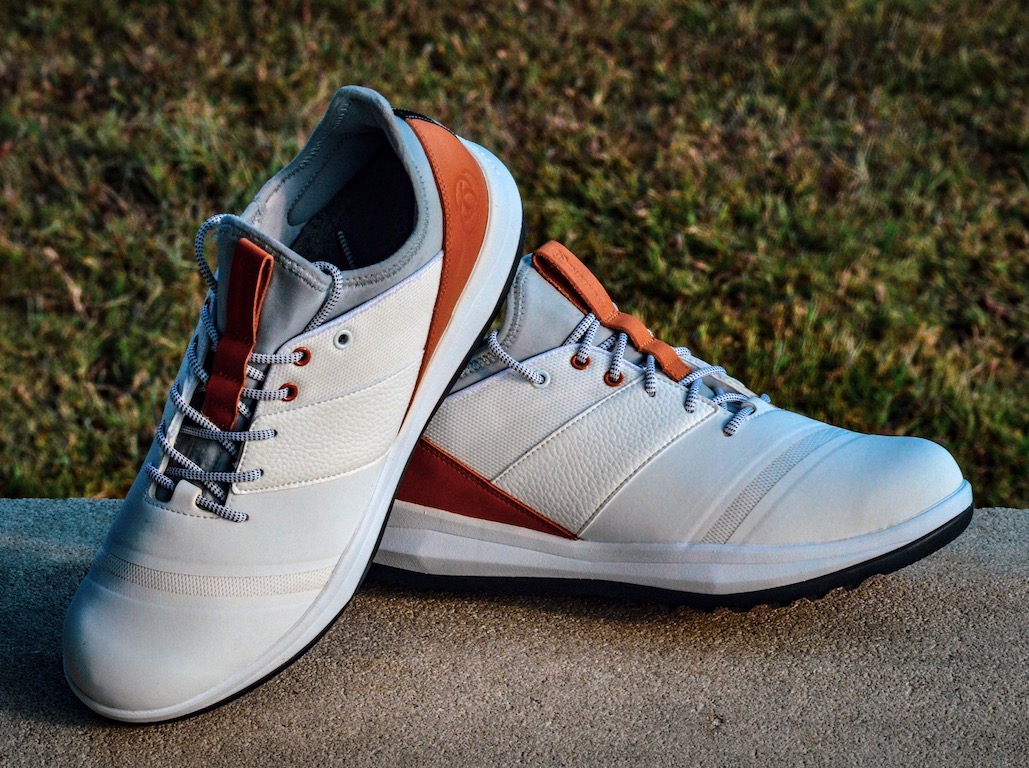 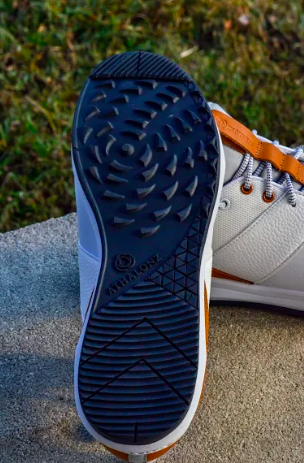 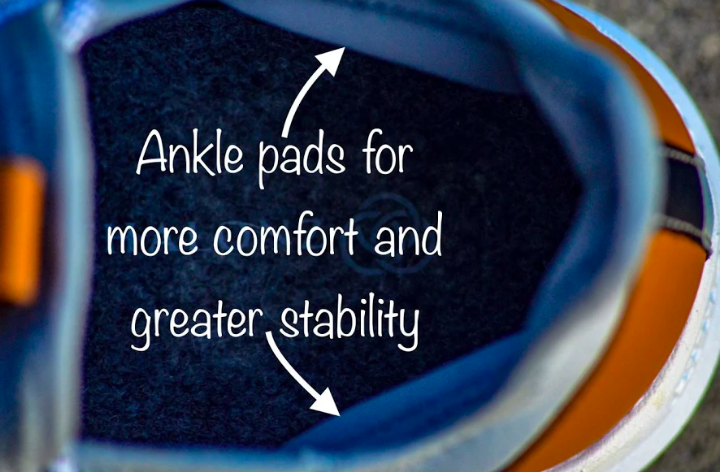 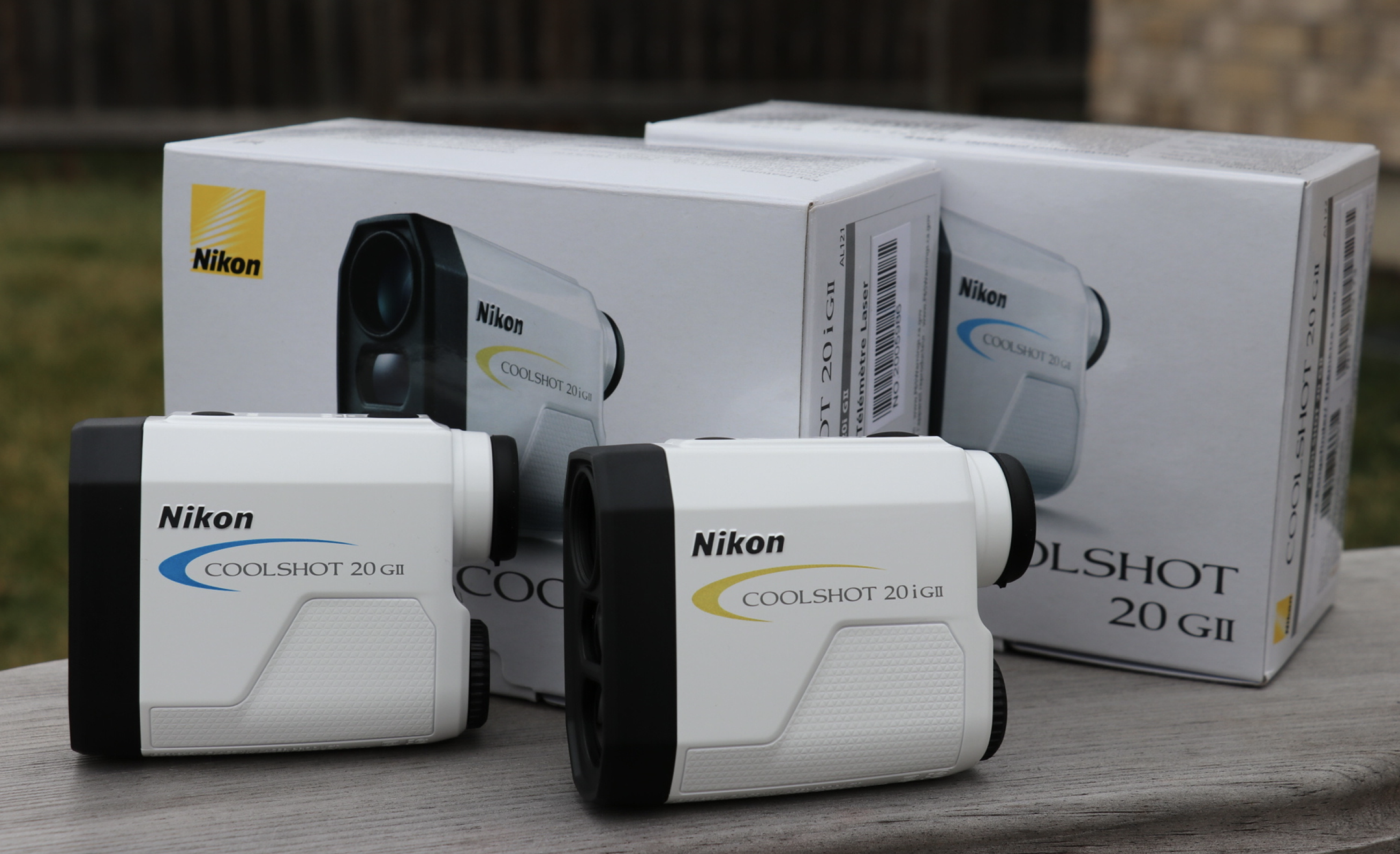 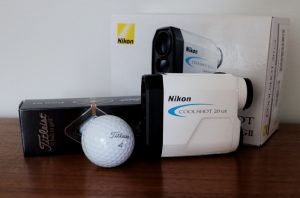 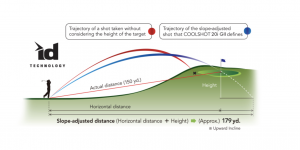 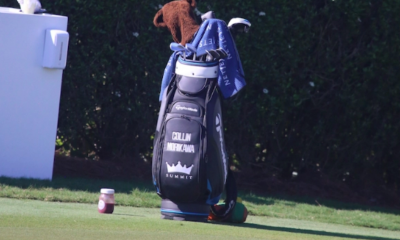 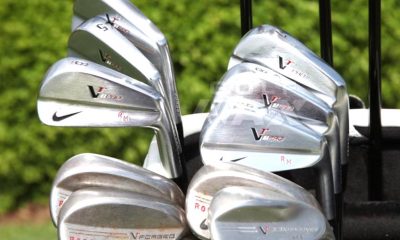 In this edition of WITB Time Machine, we take. a look at Rory McIlroy’s gear from the 2014 Ryder Cup... 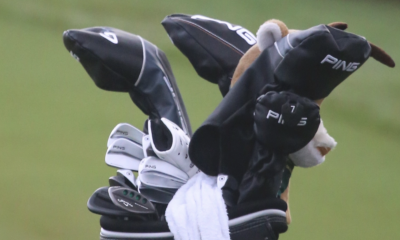