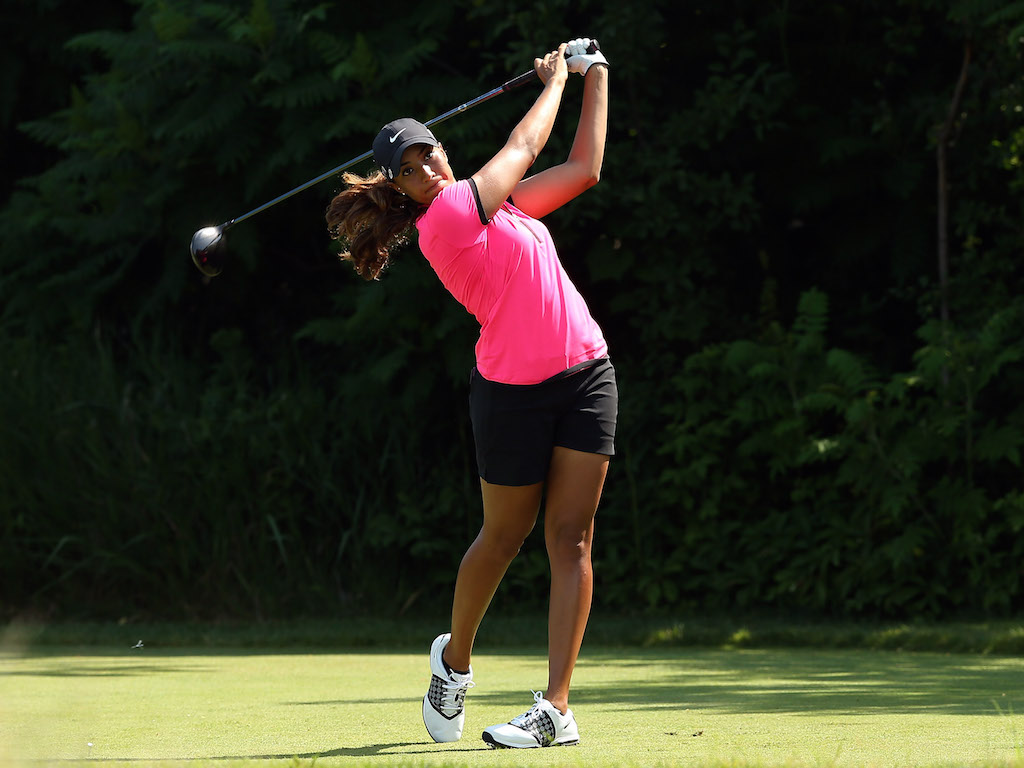 Did you know that your club speed is much more likely to resemble that of an LPGA Tour player than a PGA Tour player? Sure all golfers want to swing like Rory, Tiger, Jordan or Jason, but due to differences in swing speed that may not be optimal for you. In fact, less than 2 percent of all amateur golfers, regardless of handicap, have a driver club speed that is equal to or greater than the PGA Tour average of 113 mph.

So… what can we learn from LPGA Tour players that can help all golfers perform better? EFFICIENCY. As a whole, LPGA Tour players are the most efficient group of golfers on the planet. This article will look specifically at the driver and how you can attain greater distance. 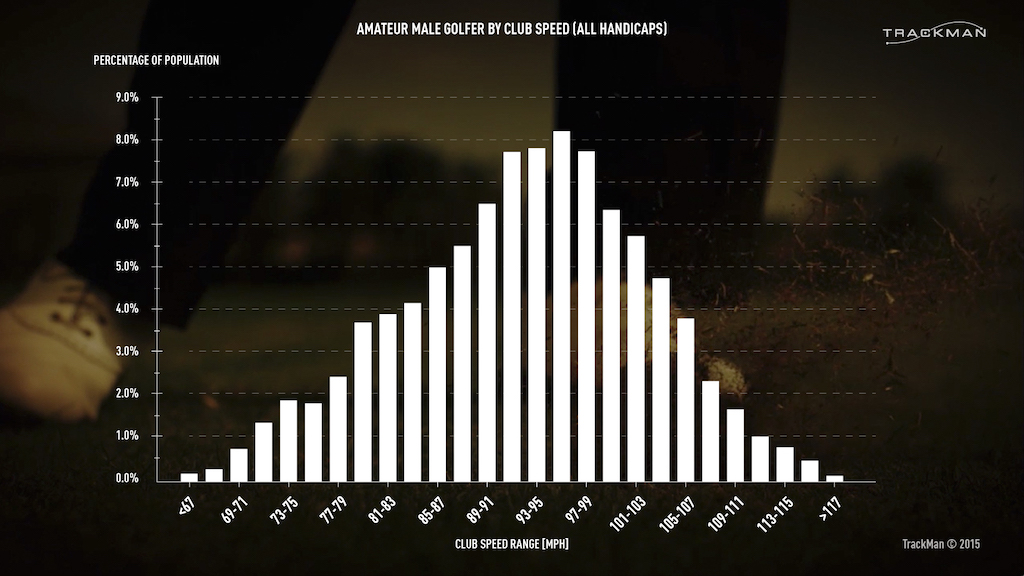 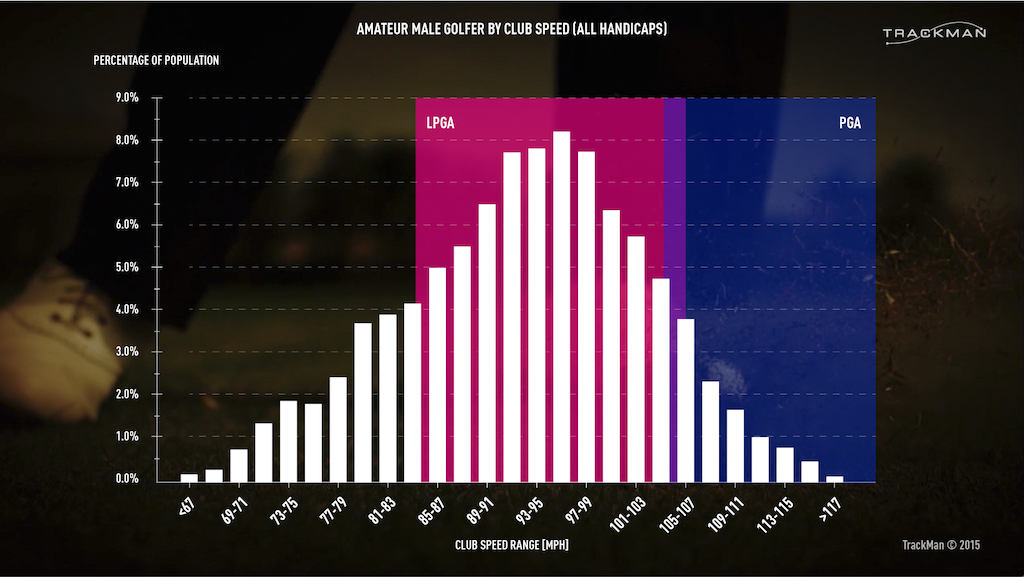 The other main reason for LPGA players’ efficiency is their attack angle. Club speed and attack angle dictate a golfer’s potential distance with the driver. TrackMan first started collecting data on the range at PGA and LPGA Tour events in 2007. During that year, we worked with more than 100 players on both the men’s and women’s side. It quickly became apparent that the women did something that most men did not — they hit up on the ball with the driver. The LPGA Tour averaged a positive attack angle with their driver, whereas the PGA Tour averaged a negative attack angle. That holds true still to this day.

How does attack angle translate into potential distance? We will use a club speed of 94 mph again to illustrate the differences. The following chart shows the optimal launch, spin, and carry based on the club speed and attack angle.

The average attack angle on the LPGA Tour is +2 degrees and the average for the male amateur is -2 degrees. This difference in attack angle means the LPGA player can carry the ball 9 yards farther than the male amateur if both players create the optimal launch and spin. Also, keep in mind that this 9-yard difference is in addition to the 15-yard difference that we saw earlier due to smash factor.

Now, neither group has the perfect launch and spin, but let’s look at what each group does produce on average.

The average LPGA player generates nearly ideal spin, but launches it slightly low side for optimizing carry. This combination reduces maximum carry slightly, but allows them to create a little more bounce and roll. On the other hand, the male amateur has a good launch angle but produces more spin than desired. This combination will slightly reduce the carry, as well as the bounce and roll.

It’s important to note that having a positive attack angle and high smash factor doesn’t automatically mean you will maximize distance. An efficient impact position as well as a properly fitted club are critical pieces of the equation. That is why it is important to find a Certified TrackMan Professional who can help you achieve your optimal values.

Don’t be afraid to hit like a girl because that is the standard that we should all try to achieve!

The 7 most underrated players at the BMW Championship

5 ways to offer junior golfers and beginners a better experience

Justin Padjen, business development for TrackMan, has worked with more than 200 PGA and LPGA Tour professionals, including multiple world No. 1's. His knowledge of the science of golf has led to audiences with the top players, coaches, universities, and manufacturers in the world. Justin studied Electrical Engineering at North Carolina State University before earning a Master’s in Sports Leadership at Virginia Commonwealth University. His current focus is TrackMan University, which is revolutionizing the way golf is taught and understood.