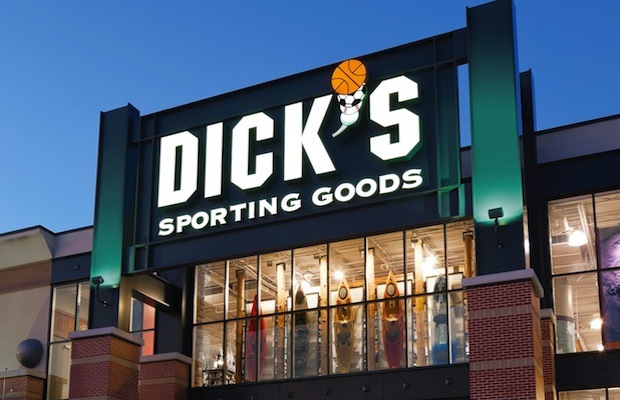 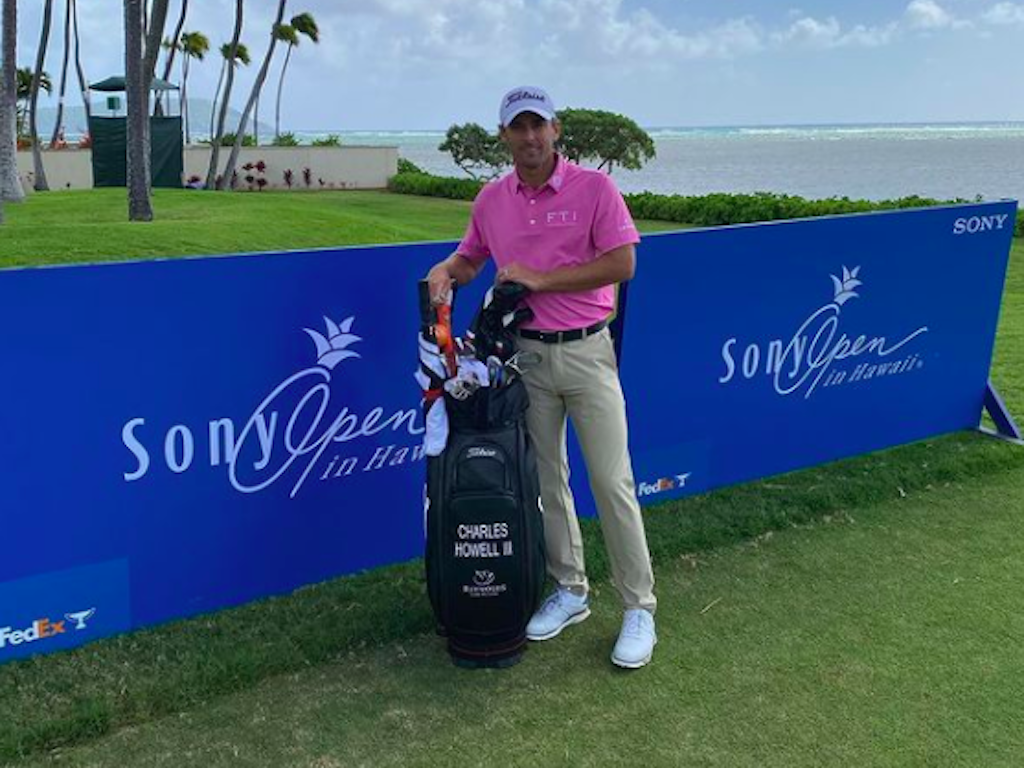 I think at this point it’s safe to say that Charles Howell III is the adopted son and patron saint of WRX.

Not only is he a member of the site and visits regularly, but he’s also an avid club nerd and tester. I’ve become friends with CH3 over the past couple of years and have had some fun gear geek sessions with him. Want to know the coolest thing of all? He’s still as passionate and curious about gear as we are and not just Titleist (who he is on staff with) he’s curious about it all.

So who better to ask about how to build a great golf bag than with a man who knows it, does, and plays for his livelihood week in and week out?

These are 5 Charles Howell III golden nuggets that any golfer can learn from—and oh yeah, his take on the future is spot on.

Rule #1: Stability over speed no matter what

“Even for the guys on tour, stabilizing the clubface is paramount to good driving. One of the reasons I love testing shafts so often is to see if there is that magic combo of speed and control. However, the stability of the clubhead and shaft have to be there—I could find a combo that’s 20 yards longer, but if it’s something I can’t control, it doesn’t have a place in my bag. Extra yardage is fun until it isn’t.”

Rule #2: Find wedges that can do it all

“I chose the Vokey SM8 M Grind in the 56 and 60, because as the grind spectrum goes, they fall dead in the middle for me but everyone is different. I discovered that finding a middle ground grind wise solves the “different wedges for different grass problems” some players find themselves in. Even at Augusta, there was more Bermuda sticking out than normal which made shots from behind 15 different for example a little trickier. Not only are you chipping back towards a downslope with water behind, but it’s also now into the grain. Knowing I had wedges to combat either scenario made it that much easier. As a player, you have to put all the grinds through the paces and see what one checks off the most boxes. It might be something you never considered.”

“Iron set makeups have changed so much in recent years. Pay attention to the soles when choosing your irons, even in the longer irons. It would be easy to think that bigger heads wider soles would be a no-brainer to hit, but to be honest, it’s not that simple. Sometimes finding a sole that will help the club get in and out of the ground easily will get you that center contact you were looking for. Although guys on tour may choose beefier long irons, it’s pretty rare to find one with a really wide sole. Soles that large encourage a player to try and sweep it off the turf which is counter-intuitive with an iron in your hand. When getting fit, pay attention to attack angles and center contact with your longer clubs; you may find that thinner soles help you more than anything else.”

Rule #4 Enjoy the process of learning and testing

“Obviously playing for a living gives me the advantage of testing a ton of stuff, but it’s just as fun doing the research at home (online) and understanding what certain equipment can do and the idea behind it. I still rely on testing as much as I can to see what works but it’s the pursuit of knowledge that keeps it all fresh week in and week out. Technology is so good these days but like anything you have to ask questions, look around try some stuff and then make a decision. Remember it’s your golf bag, take some pride in demanding that every inch of it works for you.

Eyes on the future…

“I think as we go down this Bryson/distance chase, the ultimate result on tour will be a lot of two driver bags. Look at it this way, having a 47-inch driver for long bombs, and a 44.5 inch for tighter drives, and a 4-wood isn’t all that hard to imagine. Players can tweak lofts in the irons and wedges easily to adjust to gapping. It’s not rocket science, and I don’t think we are that far from seeing multiple players on tour doing it that way.” 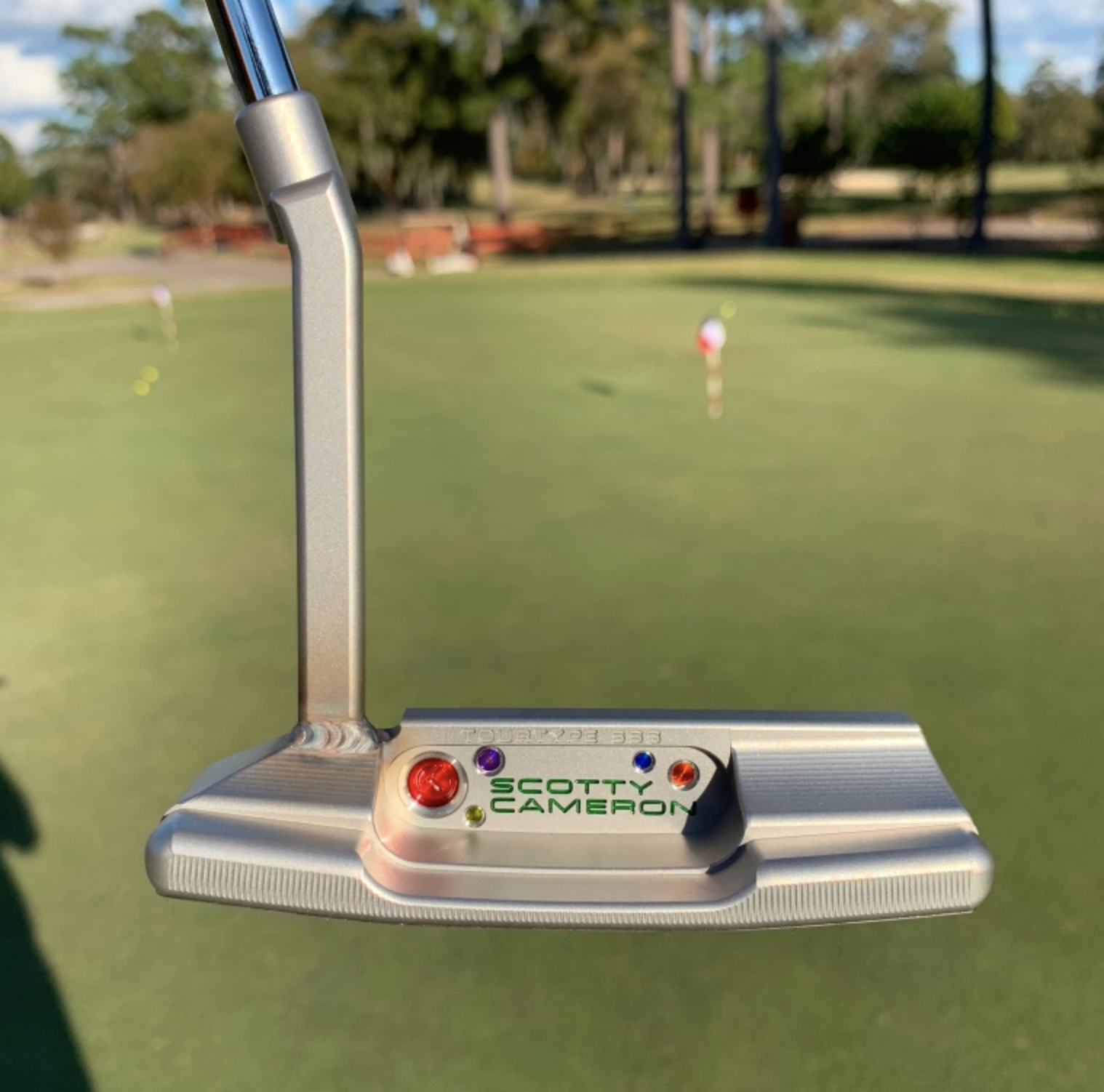 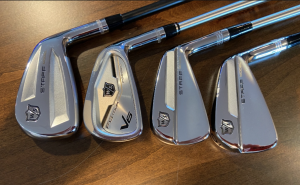 This is one extremely nice custom combo set of irons from Wilson golf – from blades, all the way to the Staff utility, this set has everything you need for shotmaking. 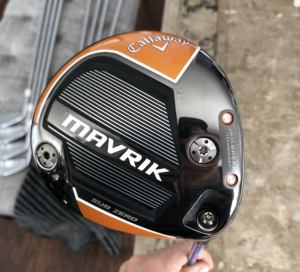 Your chance to get an almost new Callaway Mavrik SubZero for less than new price!

To see the full listing and additional pictures check out the link here: Callaway SubZero 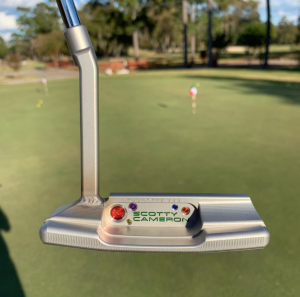 As they say “if you know you know” and this rare Scotty Cameron Prototype longneck is a thing of beauty – the only thing is I really hope you have a big golfing budget.

To see the full listing and additional pictures check out the link here: Rare longneck Cameron 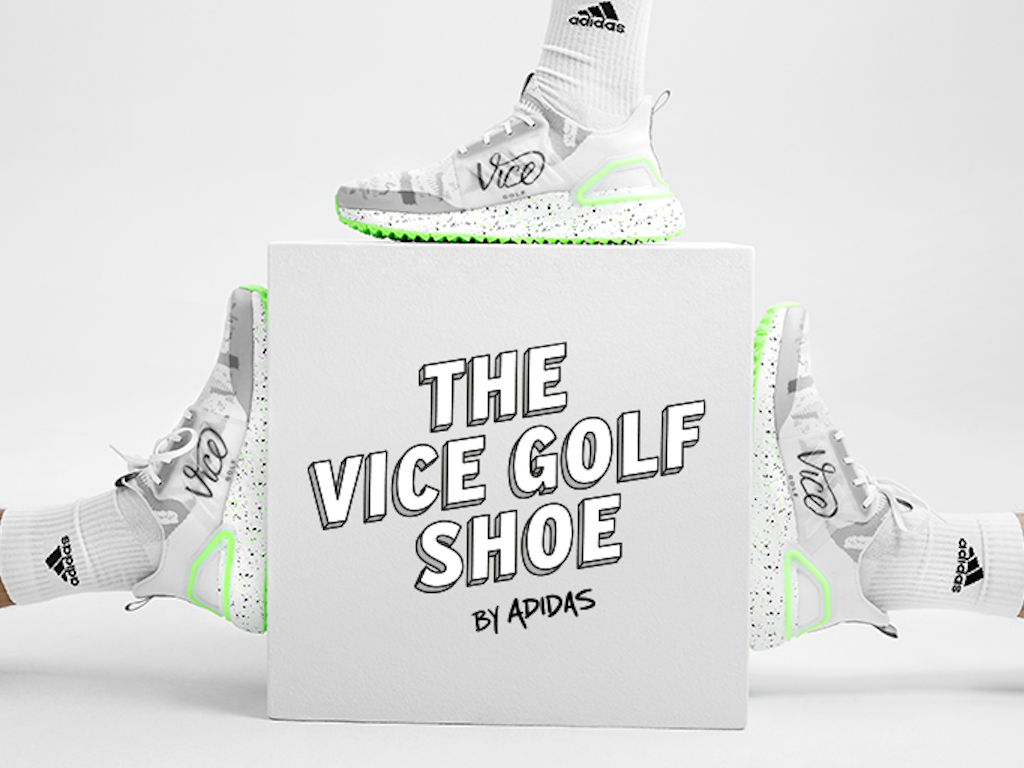 Adidas has teamed up with Vice Golf to launch the new Vice Golf Shoe inspired from off the course which includes a dozen Vice Pro Drip Lime x Adidas golf balls.

The Vice Golf Shoe from Adidas contains ultraboost and a signature lime-green colorway to accent the designs for life both on and off the golf course. The shoe features a camouflage pattern in gray and white on the top of the shoe, while a brand-new drip pattern decorates the boost material at the bottom. 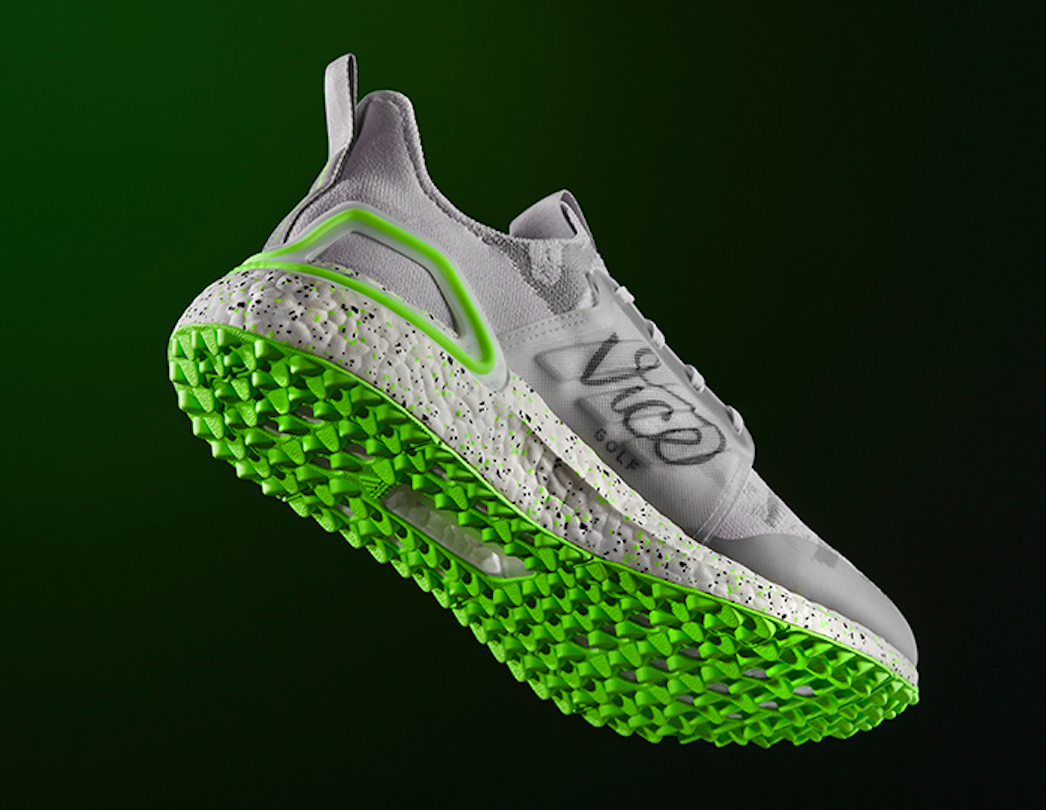 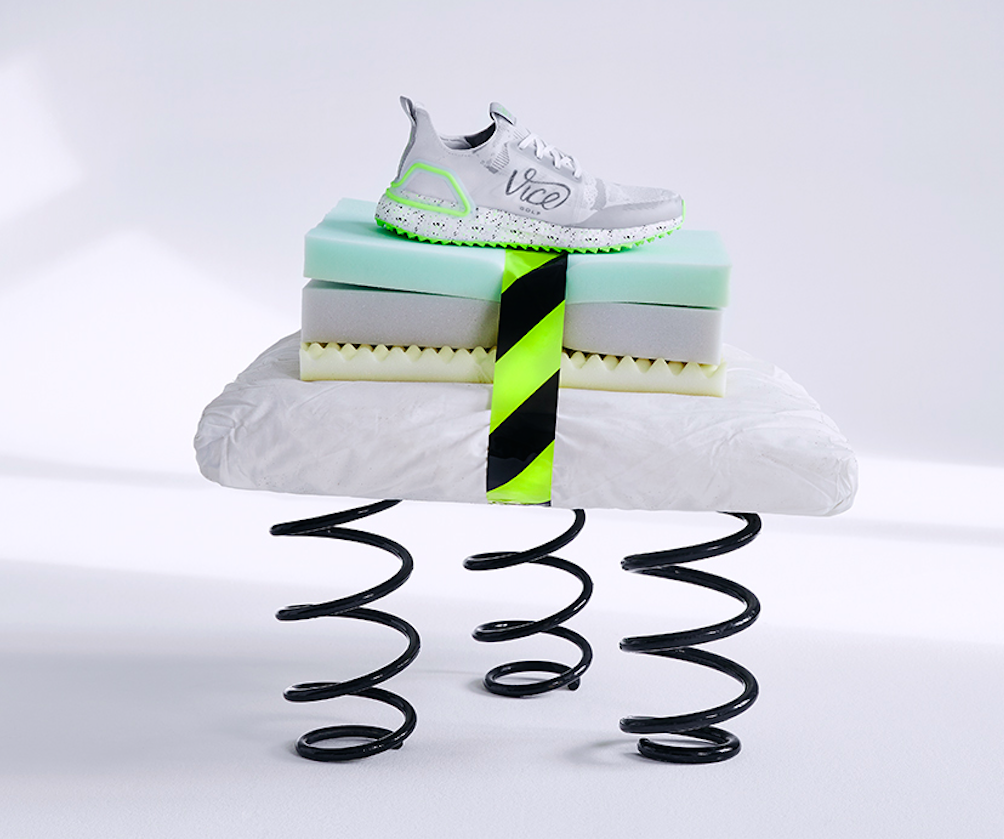 The shoe features branding “discoverables”, such as a subtle Vice logo on the tongue of the shoe while a collab logo is celebrated within. The company’s motto “Embrace Your Vice” runs down the spine of the heel, while another Vice logo lives underneath the 3-stripe caging on the inside of the foot. 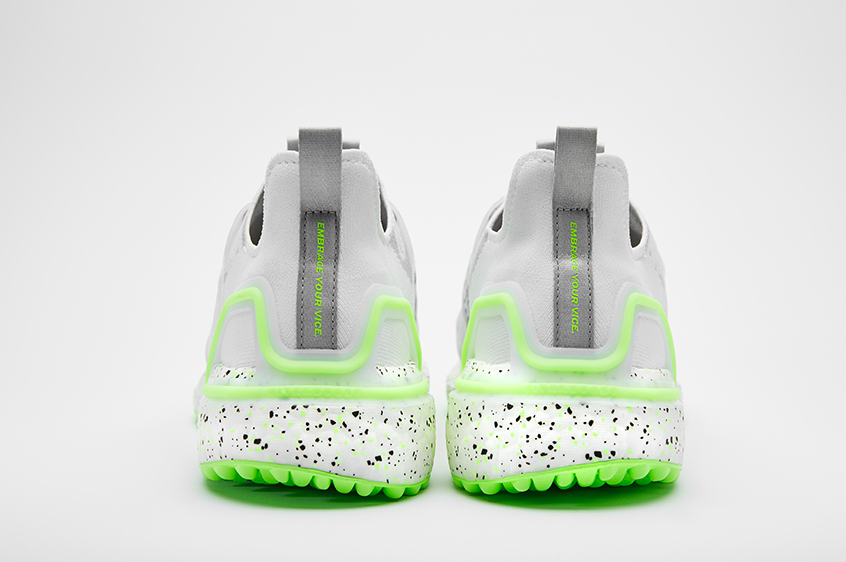 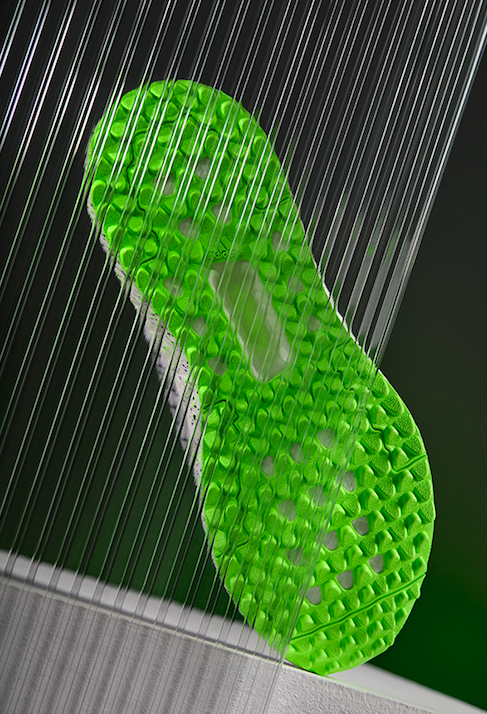 If golfers want a brighter color pop, the alternate neon lime laces give that option.

“Based in Bavaria like Adidas, we have always looked up to this global ambassador and brand that has made big moves in both the golf and footwear in recent years. It is a great honor to finally present the result of 22 months of work with tears of happiness when the final pair of shoes arrived” – Vice Golf founder and CEO Ingo Duellmann

In addition to the shoe, the packaging of the Vice Golf Shoe by Adidas is made to look, feel and act exactly like their signature golf ball packages. 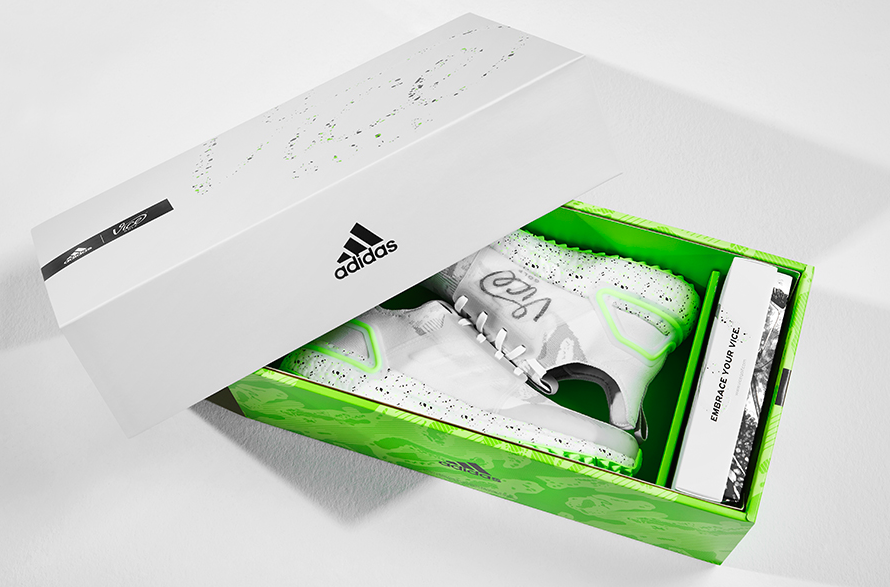 The bottom of the box is wrapped in a neon lime camouflage pattern, and the top cover features the exact, embossed Vice logo colored in neon lime drip pattern as seen and felt on the brand’s golf ball packaging. The connection continues after lifting the lid and discovering an actual box of Vice Pro Drip Lime golf balls, with Adidas logos, sitting in its own compartment. 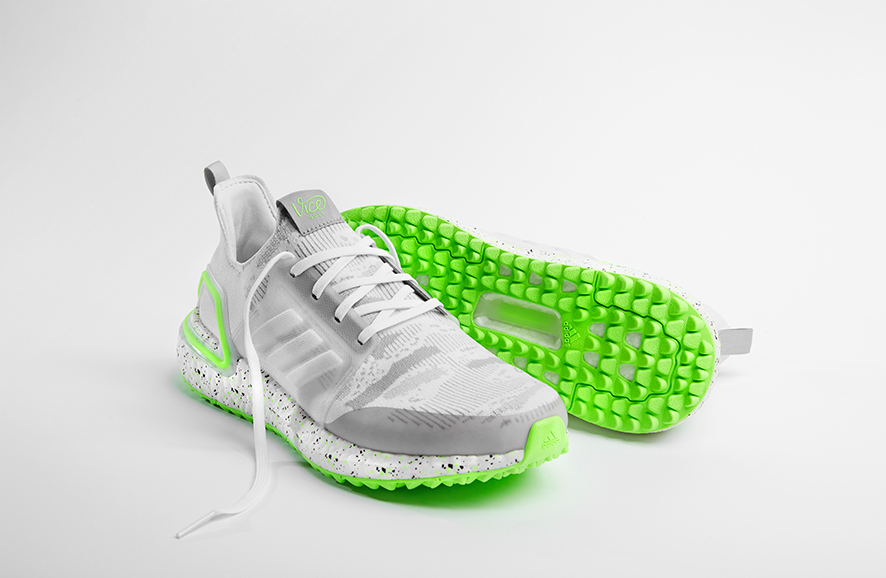 The Vice Golf Shoe from Adidas (plus one dozen Vice Pro Drip Lime X Adidas golf balls) costs $219.95 and is available to purchase from December 7, 2020, 11 AM EST at ViceGolf.com. 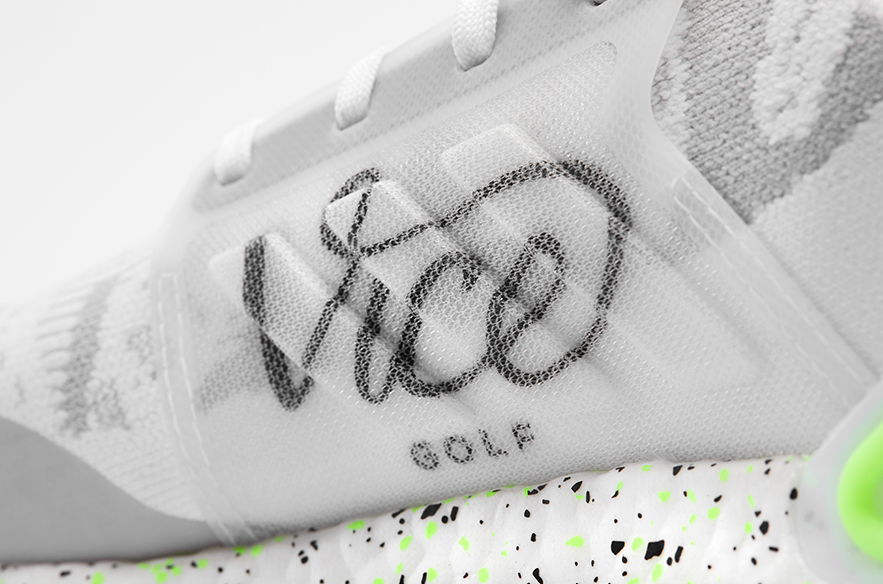