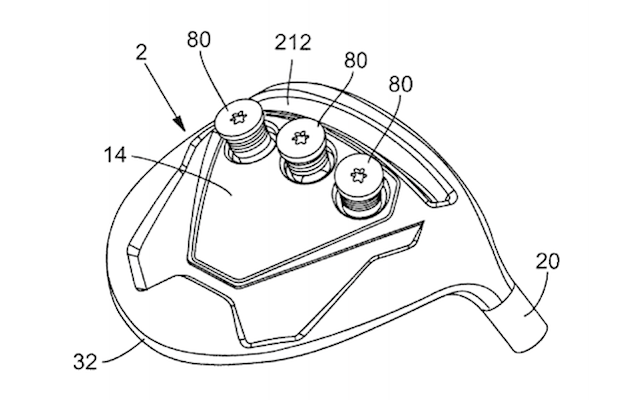 It’s been a month since we last looked at what the major OEMs have been up to in the world of patent filings. So it seems like a good time to see what the best and brightest (or at least best paid) in golf’s R&D have been up to.

This month: A sampling of recent filings from Callaway, TaylorMade, Ping, and Titleist along with traditional patent drawings, which a comment on a previous edition in this series referred to as “napkin sketches.” 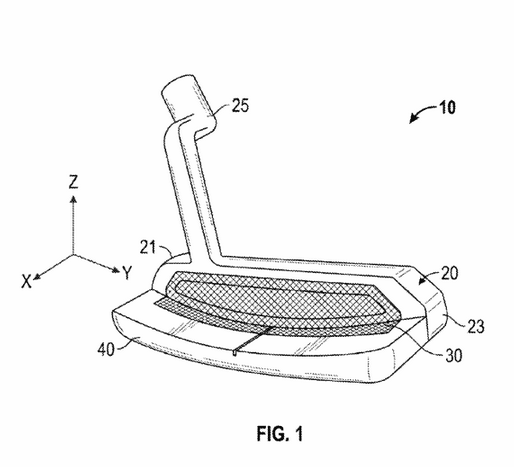 On behalf of subsidiary Odyssey, Callaway applied for a putter with a “low head center of gravity and a high MOI.” According to the filing, the putter features both low-density and high-density layers. In addition, the layers appear to be joined by a urethane dampening layer, and the heel and toe of the putter are outfitted with tungsten weights.

It appears that this putter will also include the white/black components the company has been including in their designs in recent years.

Overall, the putter appears similar to the flatsticks in the White Damascus family in terms of design and weighting, but presents elements of the Versa family of putters as well. 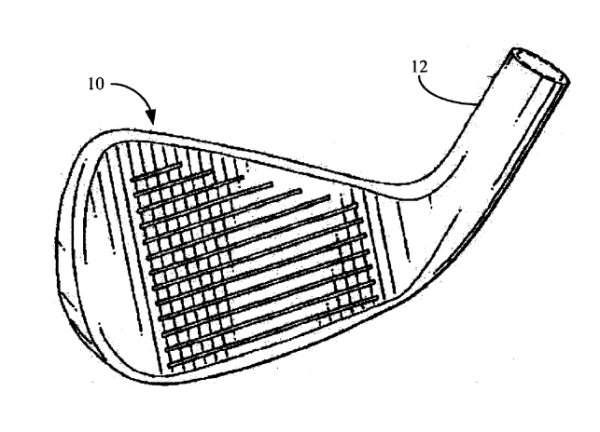 TMag has filed a patent “coated golf club head/component,” which features an “outer layer of titanium carbide, typically comprising at least forty percent…carbon content.” One would assume that the outer layer is designed to enhance distance, and indeed the multi-layer structure is engineered toward this end.

The filing indicates that the club will possess multiple layers. Further, it states, the “titanium carbide layer is durable and can provide the golf club component with a desired aesthetic appearance, such as a black color.”

Certainly, this could be a red herring. However, the document seems to suggest that TaylorMade, with its penchant for pushing boundaries, could be working on a (at least partially) black iron. 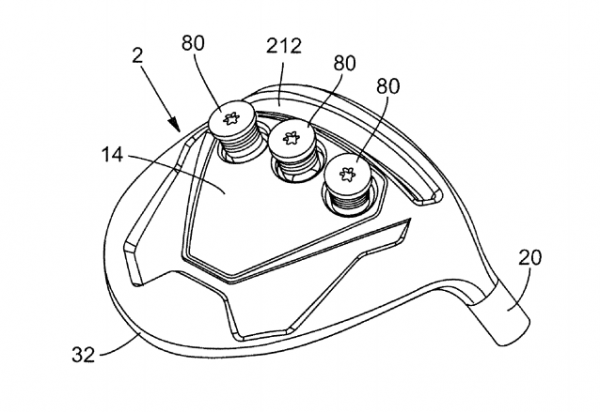 California-based TaylorMade has also been granted a patent for a “fairway wood center of gravity projection.” The club will look something like the above, with three weights near the front of the sole of the club.

Not surprisingly, with the design the company is pursuing “club heads for a fairway wood that at least one of a high moment of inertia, a low center-of-gravity, a thin crown and a high coefficient of restitution.”

Yes. That ought to do it. 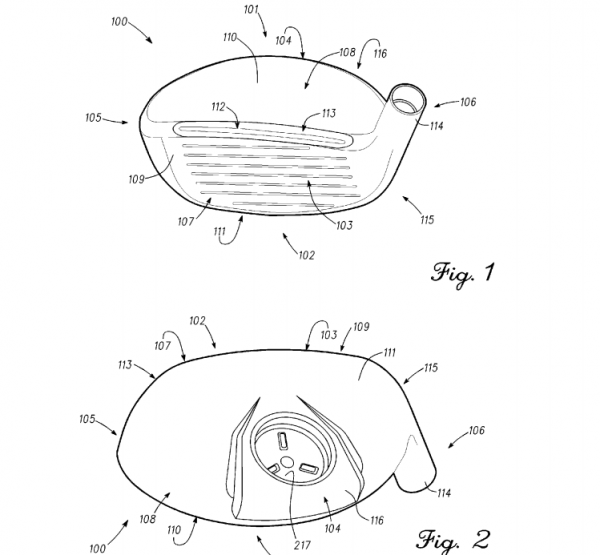 Here’s a hybrid club Ping is working on referred to as a “club head with deflection mechanism and related methods.” The intention of the mechanism seems to be to make it easier to hit the ball on the center of the club face (reportedly, that’s not a bad place to consistently make contact).

The filing also features sketches of a fairway wood with similar characteristics.

Founder Karsten Solheim’s company is also working on an iron that looks like this, which looks to be part of a complete set of clubs with variable constructions. 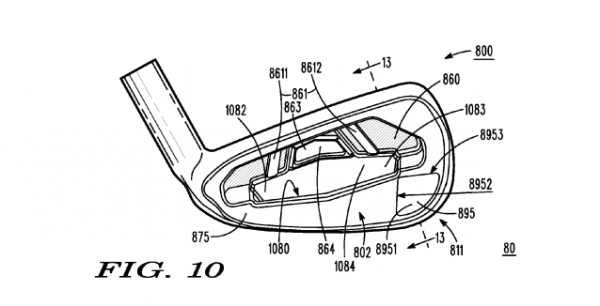 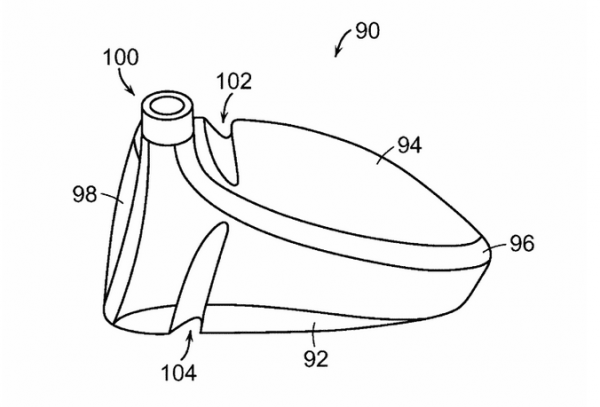 Fairhaven, Mass-based Titleist filed a patent for a “golf club head with flexure.” According to the filing, “the flexure provides compliance during an impact between the golf club head and a golf ball, and is tuned to vibrate, immediately after impact, at a predetermined frequency.”

Thus, the design, which looks rather progressive compared the Titleist’s more traditional offerings, seems also to be at the fore of the trend toward enhanced feedback. And it doesn’t take an R&D whiz to realize that the face is likely hotter because of the flexure/increased face flex. 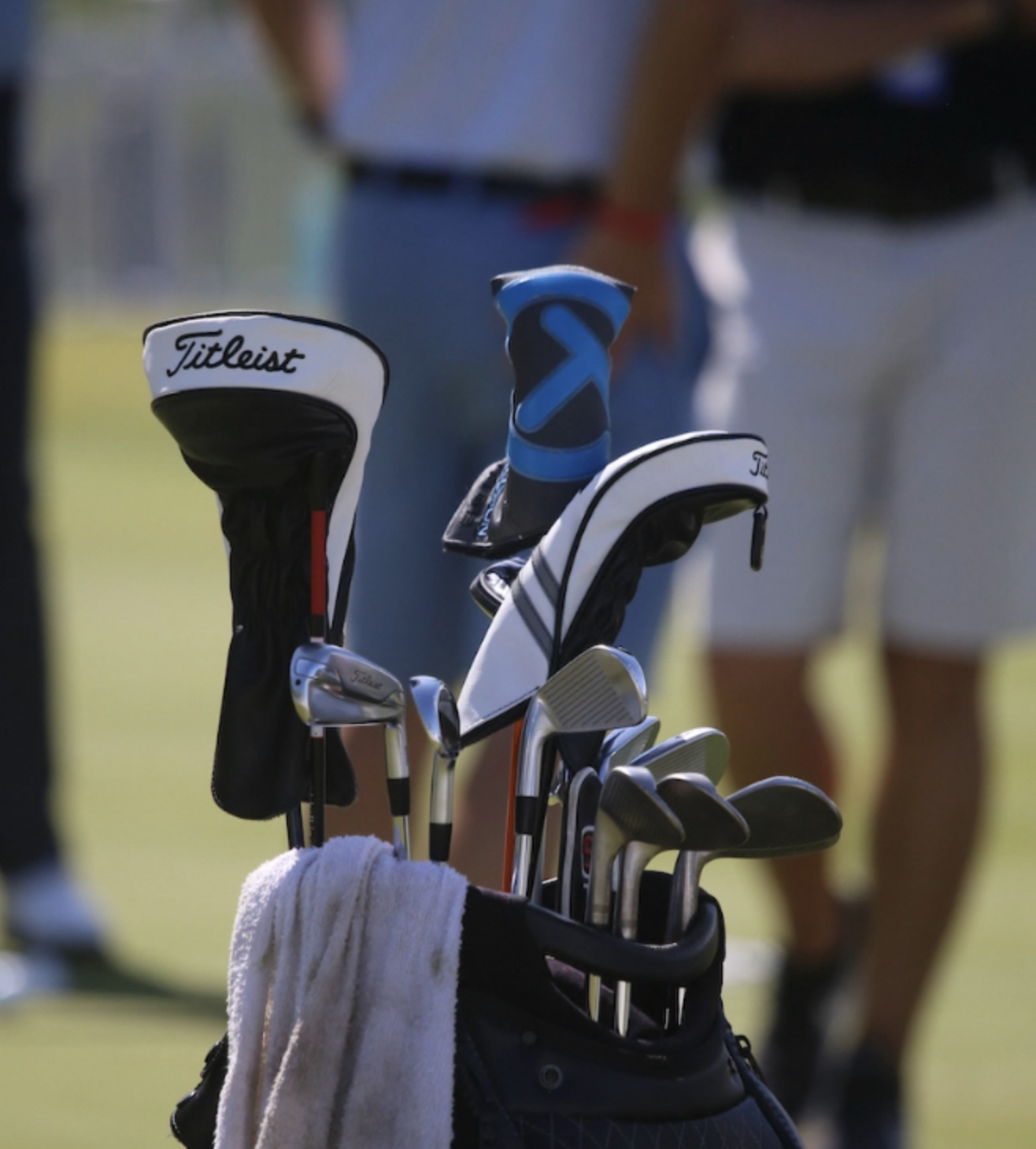 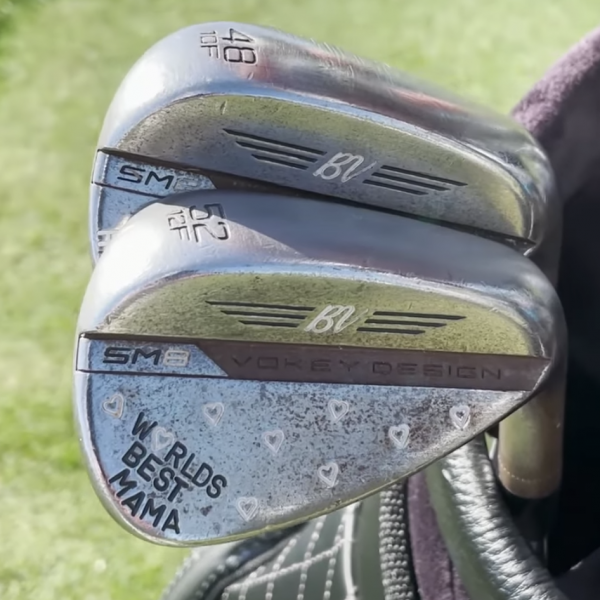 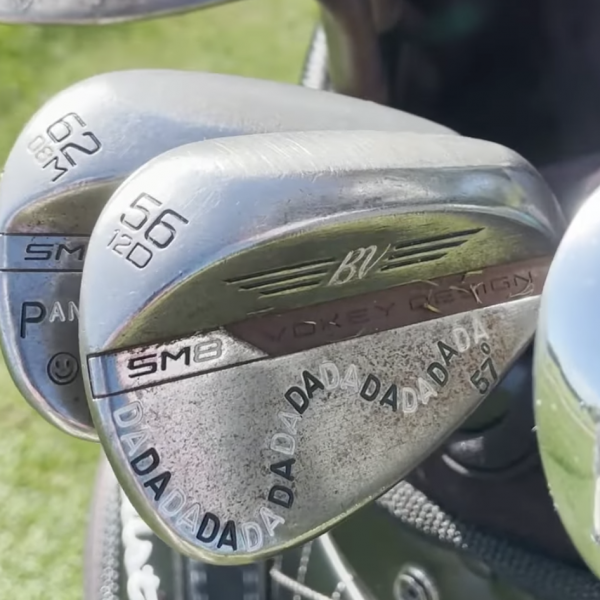 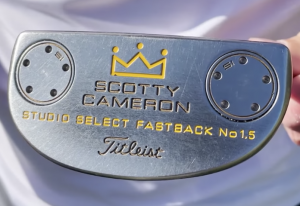 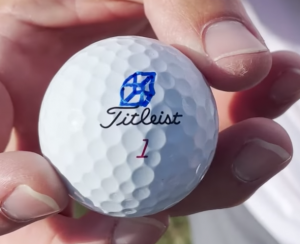 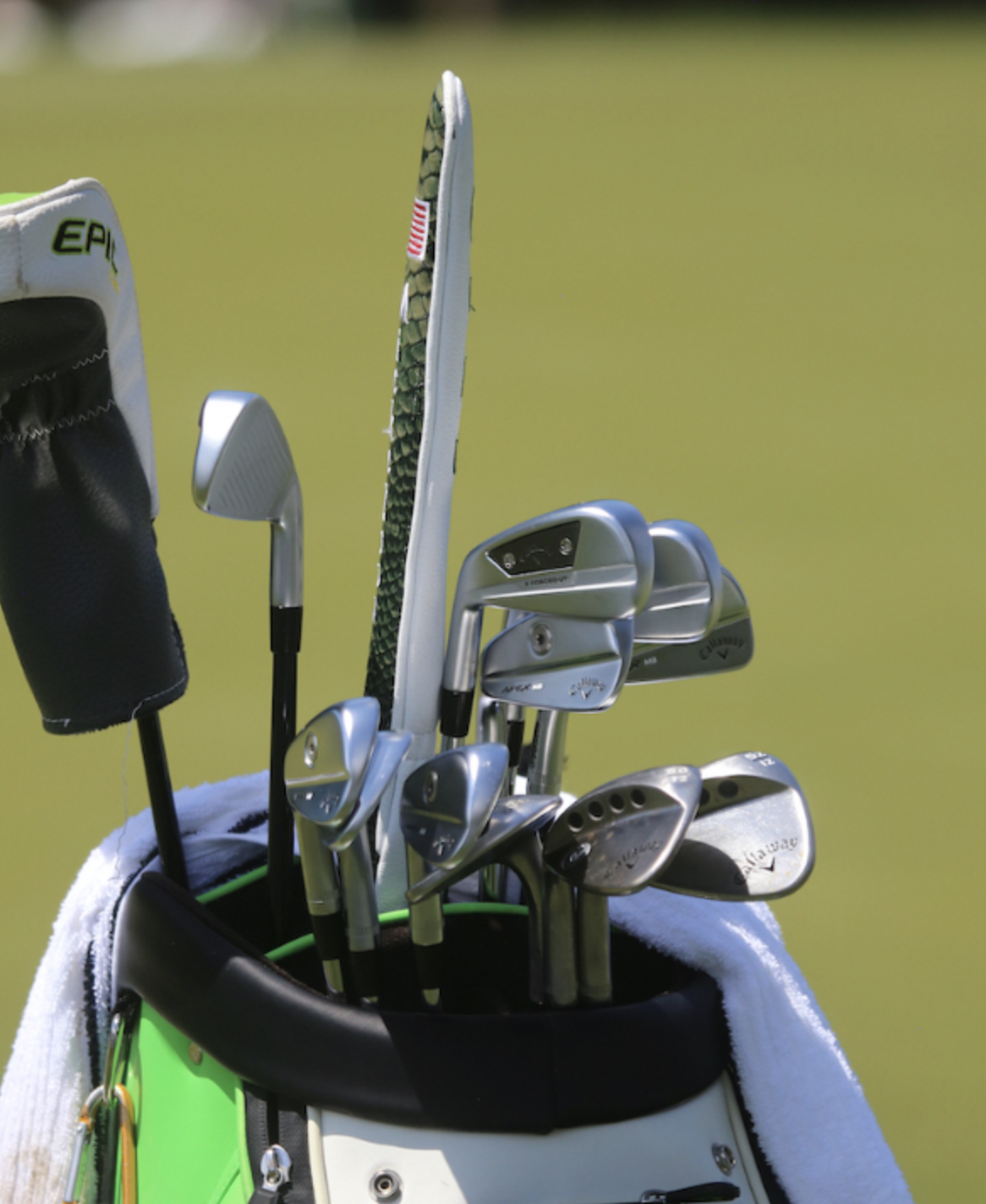