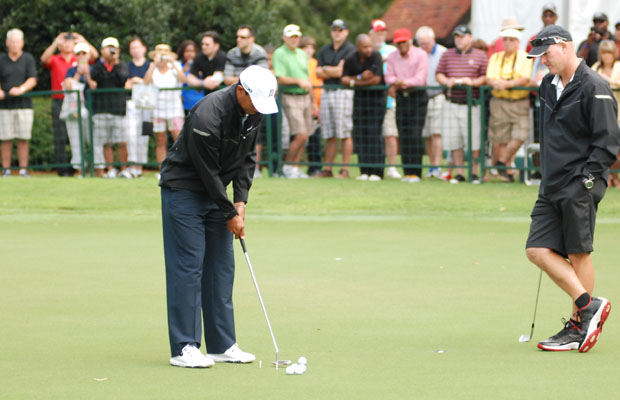 Some people don’t believe in New Year’s resolutions, but golfers are hopeful types and we love setting new goals every winter. So, in that spirit I bring you some suggested golf resolutions for 2014. You may not adopt them all, but I promise that if you implement just one, you’ll lower your scores and have more fun. And isn’t that what golf is all about?

No. 1: Find yourself a coach 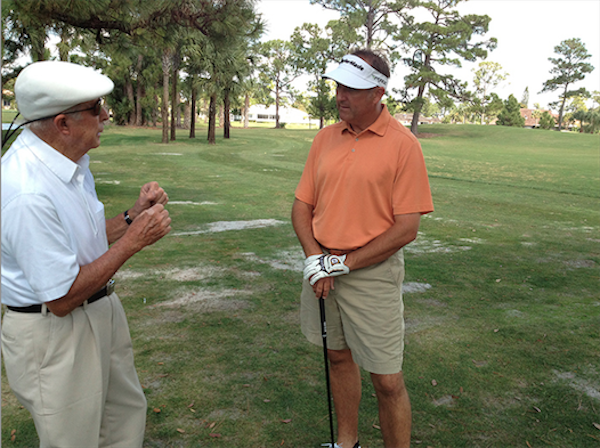 Bob Toski, a Hall of Fame instructor and five-time PGA Tour winner, once said that if he had anything to change about his teaching career, he would have been less enamored with the swing and would have taught more people how to play golf on the course. One of golf’s paradoxes is that we love so much to see the ball fly high, far and straight that we lose sight of the fact that improving our decision making and short game is the fastest way to shoot lower scores.

There is a coaching movement under way in golf and led by people like sports psychologist Dr. Rick Jensen and the great Canadian coach Henry Brunton. Coaches support their players and help them learn how to play good golf through a multifaceted long-term approach that includes playing lessons, not just by teaching them how to make good swings. I’m not saying that you shouldn’t work on your swing a little, but once you get to the point that you are no longer taking regular penalties because of errant tee shots, you should turn your focus mostly to short-game technique and learning on-course strategy.

No. 2: Spend some time learning to putt 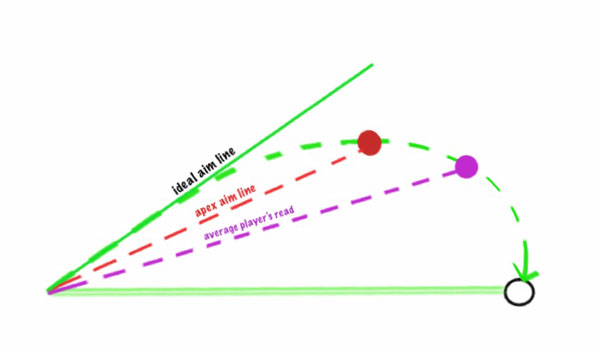 I know this sounds a little harsh, but most golfers just don’t putt well and spend almost no time on it. Yet, putting is probably the area you can improve your scores with the least effort. The diagram above shows one of the reasons why most golfers struggle. We have all heard that the average player reads too little break into his putts (here, the purple line and circle). Better players, who think they should aim at the apex of the putt, are still aiming too low because gravity has already had its affect on the ball by the time it reaches its apex. Believe it or not, there are times when you need to aim a foot or more outside of what you previously thought was the top of the break. Consider the benefit of not regularly having a five- or six-footer coming back after your approach putt misses low and runs past the hole. Great putters play way more break than you would imagine and it takes practice to get yourself to do this consistently on the golf course.

A properly fitted putter, a good set up and an idea of how to aim properly are necessary, but there are far fewer physical requirements for good putting than for good ball striking. Most golfers, even very good players, just don’t know how to practice their putting. One thing you can do is stop dropping three balls on the putting green and hitting random putts. Instead, practice with a single ball and hit putts of varying lengths and breaks while going through the routine you’d use on the course. Place a tee or quarter just on the low side of what you think your line is and try to avoid hitting it. A simple drill like this will allow you to practice improvisation, which is what hitting shots on the course is really all about. A qualified putting instructor, like the men and women of the SeeMore Putting Institute, can fit you for a putter, give you an idea of what your aiming tendencies are and help you with technical instruction and practice strategies.

No. 3 Get smarter, and get yourself a short game

If I were to take the average players’ tee ball and walk it out to the middle of the fairway 150 yards from the green and let them play in from there, their scores wouldn’t improve that much. Try it some time. With all of the advances in technology, the average golfer still has a hard time breaking 100. Some of that is because golf courses have gotten longer and harder, but a lot of it is because the average golfer takes about 45 swings with the putter and hits 15 or more pitches and chips a round. I’m sure you’re sensing a theme here, but the answer is not to search out the perfect swing to hit more greens and hit the ball closer to the hole. The number of strokes most golfers can pick up from working diligently on their golf swing simply doesn’t compare to the potential dividends from work in the short game department. I have focused more and more in this area with my students and although they resist at first, they usually tell me later that it was one of the best things they have done for their golf. 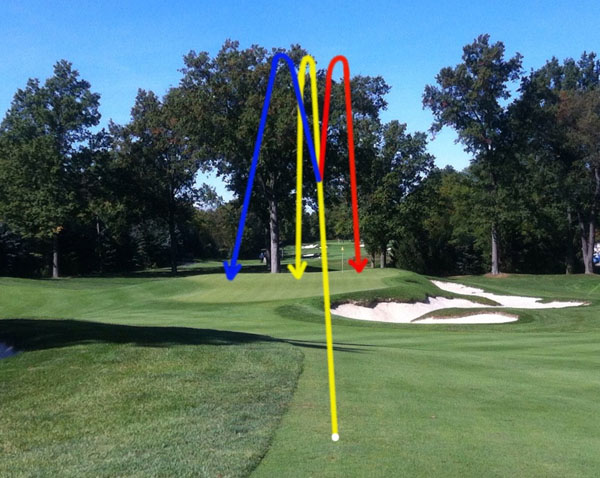 Removing the flag from every green would also help most golfers’ scores. Why? As the above photo shows, you have a much larger margin of error if the ball flies off-line when you aim at the middle of a green. Clever tournament players understand they are not going to hit it perfectly every time and play most of their approach shots to the front and/or middle of every green depending on how they are designed. The typical amateur goes pin hunting every weekend. When he doesn’t loose his golf ball shooting at a tucked pin, he often ends up with an impossible second shot because he under-clubbed and aimed at the corner of a green.

No. 4: Golf is not the search for perfection

The truth is that most of our shots go at least a little off line, but thinking there is a perfect ball striking round out there is a vain pursuit. Skilled players who enjoy the game for a lifetime understand that, and are at peace with the fact that they may hit three or four shots a round just the way they planned. They also know that their sound short games can get them out of the tricky situations occasionally created by a miss. Peace of mind comes from a well-rounded skill set.

If you’re the type who chooses to think that golf is perfectible, you will always be disappointed and will never get the satisfaction of reaching your potential. Stop wasting energy. Focus on your target, embrace that the game is about overcoming adversity and doing your best to take advantage of opportunities. Do that, and you’ll love golf more than ever.

The Enlightenment of Golf Instruction

Paul Kaster was selected by U.S. Kids Golf as one of the top 50 Kids Teachers in the world in 2017 and was named by Golf Digest as one of the top teachers in New Jersey for 2017-2018. He learned the game on Chicago’s only 18-hole public golf course, Jackson Park G.C., and went on to play Division I college golf, and on mini tours including the Tar Heel Tour (now EGolf Tour), and the Golden Bear Tour (now Gateway Tour). After suffering a wrist injury, he left the golf business to pursue a career in the law but after passing two bars and practicing for several years decided to return to golf to share his passion for the game and for learning with his students. He is a a level II AimPoint certified putting coach, a member of Foresight Sports’ Advisory Board, Cobra-Puma Golf’s professional staff, Proponent Group, and is a National Staff member with the SeeMore Putter Company. Paul coaches his clients out of a state of the art private studio located in Little Silver, NJ, featuring a Foresight GC Quad simulator and putting software, K-Coach 3D system, and Boditrak pressure mat. His studio is also a SeeMore Tour Fitting location and features a fully adjustable putting table that Paul uses to teach putting and fit putters. Website: www.paulkastergolf.com