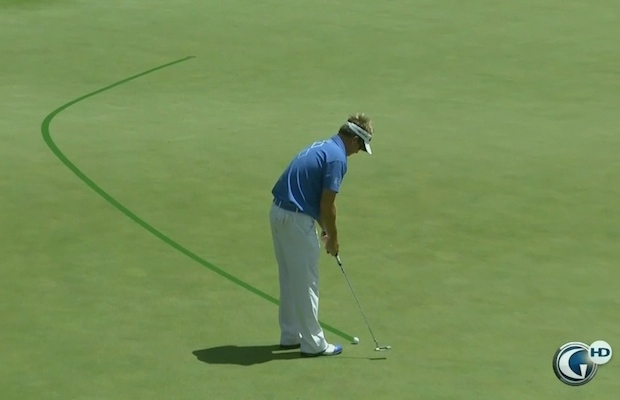 If you know one thing about green reading, it should be this: The golf ball abides by the laws of gravity and when in motion it will roll towards the low point of any slope.

A lot of golfers use mental images such as “picturing the break as how water would run off a green” to help them read their putts. They also follow adages such as “the putt will break away from nearby mountains,” or “the putt will break toward bodies of water.” These teachings are usually helpful and true, and should be taken into consideration. But there are also subtler elements that golf course architects build into greens to offset the natural lay of the land.

A sure way of reading greens can be determined by the speed of the green, the degree of the slope, the position that the ball sits on the slope, the length of the putt and sometimes the grain of the grass. The faster the green, the more break a golfer will need to play, as there is little friction to stop the ball from breaking. Steeper slopes will obviously produce more break.

The position on the slope can be referred to as a clock system where 6 o’clock is straight uphill and 12 o’clock is straight downhill. The closer the ball is to 10 o’clock and 2 o’clock, the more the ball will break. Now I am sure you’re probably wondering why the most break is not at 9 o’clock and 3 o’clock. It is because at 10 o’clock and 2 o’clock, the putt is downhill. That makes it faster, thus creating more break. The longer the putt, the more it will break as well. 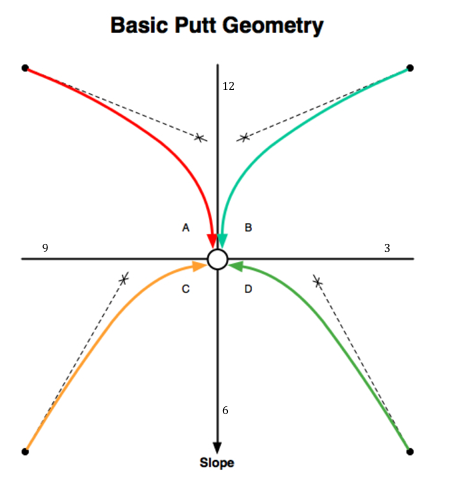 Let’s consider an example that I gave in one of my previous articles. A golfer in quadrant A who aims his putter left of the Aimpoint will need to compensate by rolling the ball at a slower speed to allow for more break and/or open the putter face at impact. The opposite is true for a right aimer, who will need to roll the ball at a faster speed for the ball to maintain its line and/or close the putter face at impact. This illustrates why aim, speed, and path are vital components to being a successful green reader. By eliminating variables and the need for compensations, a golfer will ultimately become more consistent.

After understanding the basic geometry to putting, green reading comes down to two methods: spot-putting and arc-putting. 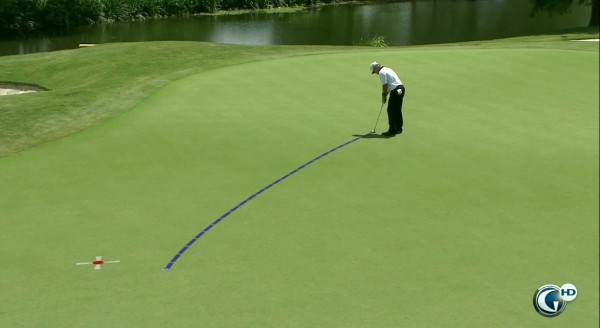 Golfers who are spot-putters identify an Aimpoint at which they will putt toward on a straight line, allowing gravity to send the ball towards the hole. I suggest choosing an Aimpoint that is equal distance from the hole. It is important to note that the Aimpoint is not inline with the apex of the arc, but rather on a line tangent to the starting point. This ensures enough break for the ball to enter the hole on the “high-side,” i.e. “the pro side.” Far too many golfers don’t play enough break when reading greens.

After selecting an Aimpoint, golfers should become fully focused on its location and pay no attention to the hole. I believe this is a critical component in being a good spot putter. I for one have had great success with this method.

In Part 3 of my series, I offered a drill to help golfers identify the target line by the use of a chalk line or a string suspended by knitting needles. This same drill can also be used on breaking putts. I suggest starting with the string method, as it is much easier to adjust to find the correct Aimpoint for a given putt. For a breaking putt, you will want to position the string on a line tangent to the intended arc. You will putt so that you roll the ball straight down the line, allowing gravity to roll the ball towards the hole.

Note: If interested, you may want to attend an Aimpoint class to learn more about this method of reading greens. 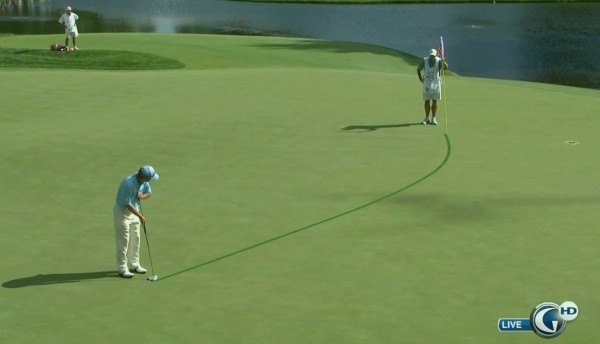 Golfers who are arc-putters identify with the intended arc of the putt and aim relative to that arc, but still keep a mental image of the hole. This may be viewed as a more “feel” based method of green reading, but can be equally as effective. It is important to start the ball high enough to allow for maximum break. I find visualizing the speed at which the ball will roll to be a good way to utilize this method.

A great practice drill for arc-putters is to set up a pathway of tees from the ball to the hole on the intended arc (this may take some time, as you will need to adjust the tees to find the correct arc). You will then putt balls so that they roll through the pathway and into the hole. 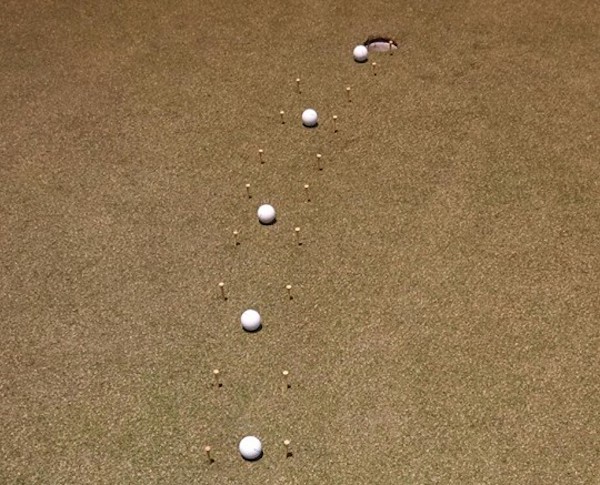 This drill makes it easy to identify what variable within The Putting Triad is the root cause for a putt to ricochet off one of the tees. For that reason, I really like this drill. If you’re like me and find that your speed control is prohibiting you from consistently rolling the ball through the pathway, you may want to reread Part 2 of my series on how the weight of your putter affects speed control and make the necessary adjustments to your putter.

Depending on your natural way of visualizing the intended line of putt, you should benefit from selecting one of these methods of reading greens. Stay tuned for my next article on the importance of developing a pre-shot routine.

To Continue With The Ultimate Putting Program: 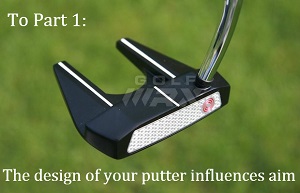 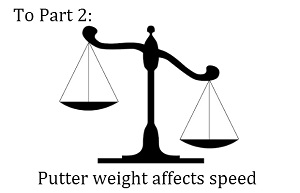 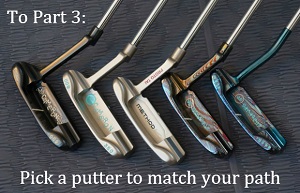 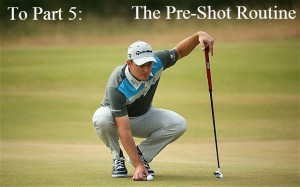 Get better faster: The 80-20 of golf improvement