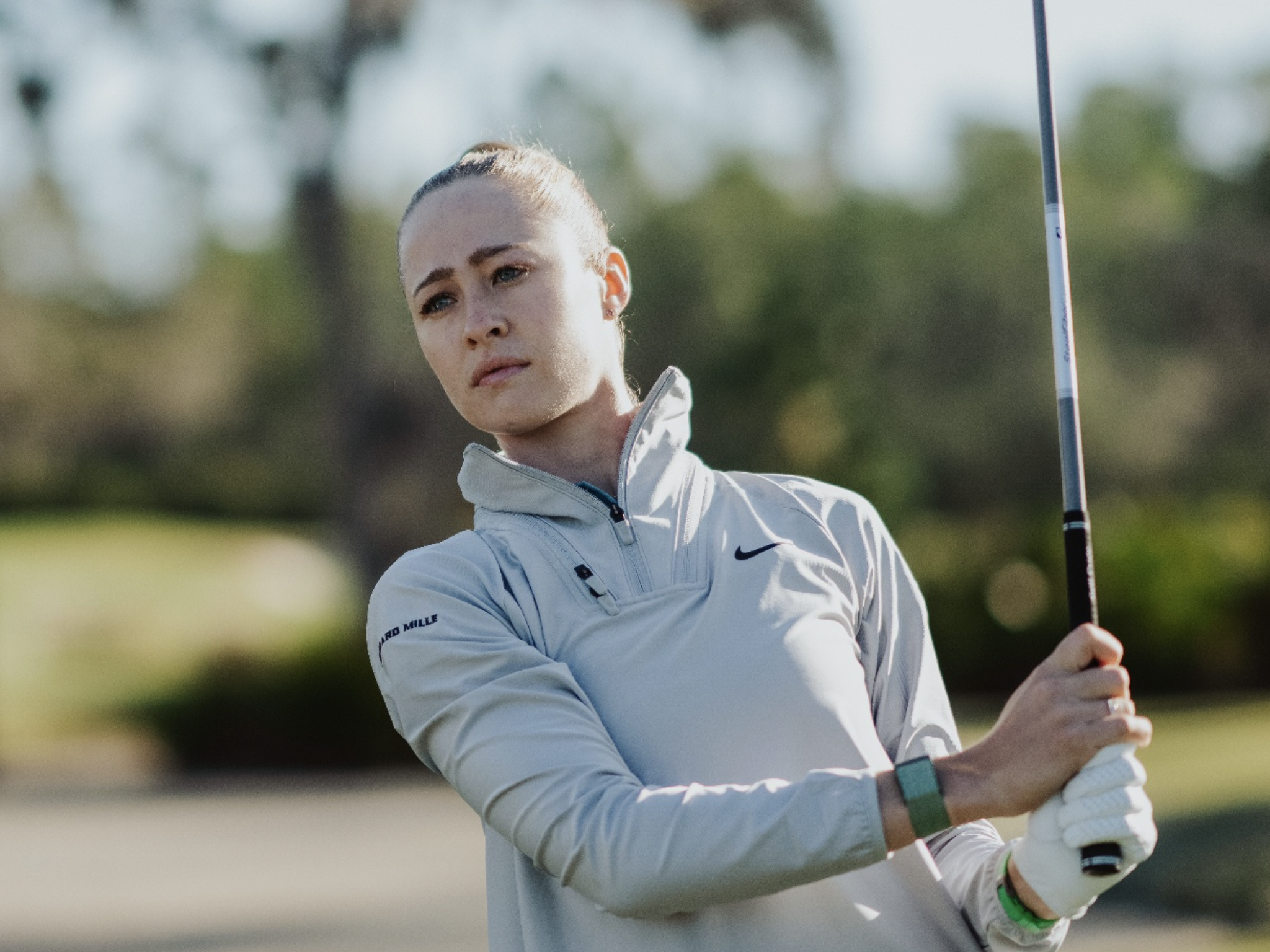 One of the biggest names in golf manufacturing is reportedly about to strengthen its team even further.

With names such as current and former world number ones, McIlroy, Woods and Scheffler already on the roster, TaylorMade Golf looks about to sign two of the LPGA’s biggest names.

On Saturday, world ranked number two Nelly Korda took to social media to show off her new apparel deal with Nike – “Super excited to join the Swoosh fam!” – but it was noticeable that there were a couple of things missing from the photos – there was no cap or head of the club visible.

JUST DID IT! ?? Super excited to join the Swoosh fam! @nike
@nikewomen@nikegolf pic.twitter.com/4wLeDJ7CZ2

According to a report in Golf.com, whilst no official deal has been made public, the former undisputed number one is ready to announce a multi-year contract with TaylorMade, a company that regularly partners alongside Nike, particularly after the latter took a side-step from producing hardware to concentrate on clothing.

Korda has been the most dominant of female golfers over the past couple of years, successfully using Titleist equipment, but it may not be coincidence that as a resurgent Lydia Ko overtook her at the top, Nelly leaves her sister Jessica at the Massachusetts manufacturer as she moves on.

It also seems as though another of the world’s best female players will be joining her.

25-year-old Brooke Henderson, youngest ever winner of the Women’s PGA Championship at 18 years of age, is also due to join her fellow star.

We recently reported that Henderson had parted ways with Ping  and was likely to sign an equipment deal with the new supplier of her gloves and golf balls.

If the reports are right, the 12 time LPGA tour winner, and holder of two majors, is going to be a bigger part of the company’s profile going into next week’s Tournament of Champions, an event at which she finished runner-up to Danielle Kang in 2022, the winner ironically now the biggest female name at Titleist.

‘That’s what everybody wants me to do’ – Is Anthony Kim about to make a sensational return to pro golf? 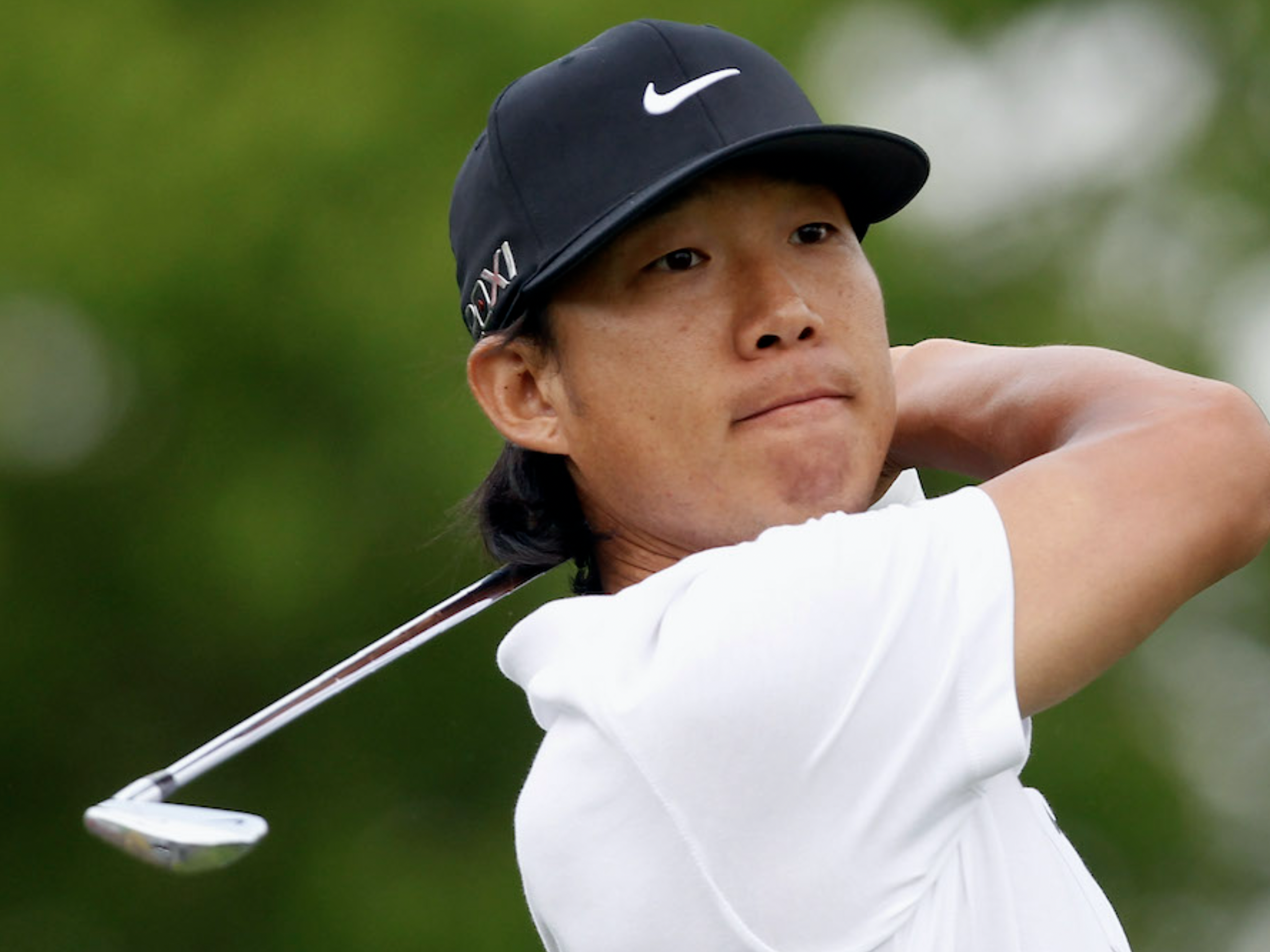 Despite having not played in over a decade, the golf world has an obsession with former PGA Tour star, Anthony Kim.

Kim shined at the 2008 Ryder Cup, earning 2.5 points in the event which was tied for the second-best performance on the U.S. side. “AK” played with Phil Mickelson in fourball and was the first man out in Sunday singles matches where he defeated Sergio Garcia 5&4. At the time of the Ryder Cup, Kim was the number 10 ranked player in the world as a Tour rookie. He went on to win three times on Tour from 2008-2010.

After a New York Times piece on the fascinating story of Anthony Kim, he’s found himself back in the headlines.

According to Kim’s former caddie Eric Larson, the now 37-year-old hasn’t ruled out a return to the game. Larson had a recent phone call with Kim and asked if he’d be open to a deal with LIV Golf.

Larson told the New York Times, “He goes, ‘I don’t know. I really don’t know.’” Larson said. “I said, ‘Come on, man, get the old clubs out. Go out there and have some fun.’ And he starts laughing at me. He goes, ‘That’s what everybody wants me to do!’”

Also in the piece was a quote from AK’s longtime swing coach Adam Schriber who said Kim still has “the same swing you remember”, after playing with him twice over the past two years.

The article has caused social media to explode with Anthony Kim rumors once again.

According to multiple sources, Anthony Kim has been rumored to join LIV Golf for a 4-year, $110 Million deal. pic.twitter.com/3gP1fDThFO

The account “Pro Golf Stuff” tweeted that Kim was rumored to join LIV on a 4 year $110 million deal. However, the account is a “parody account” and there are no legitimate sources who’ve shared the information. But, as we’d expect from the internet, that didn’t stop people from running with the story.

Throwback to how pure Anthony Kim’s swing was ?pic.twitter.com/gH2zz1S4fk

A return to golf by Anthony Kim would set the golf world ablaze. While there’s still a very slim chance of it happening, there’s no denying that outside of Tiger Woods, no one moves the needle more than Anthony Kim. 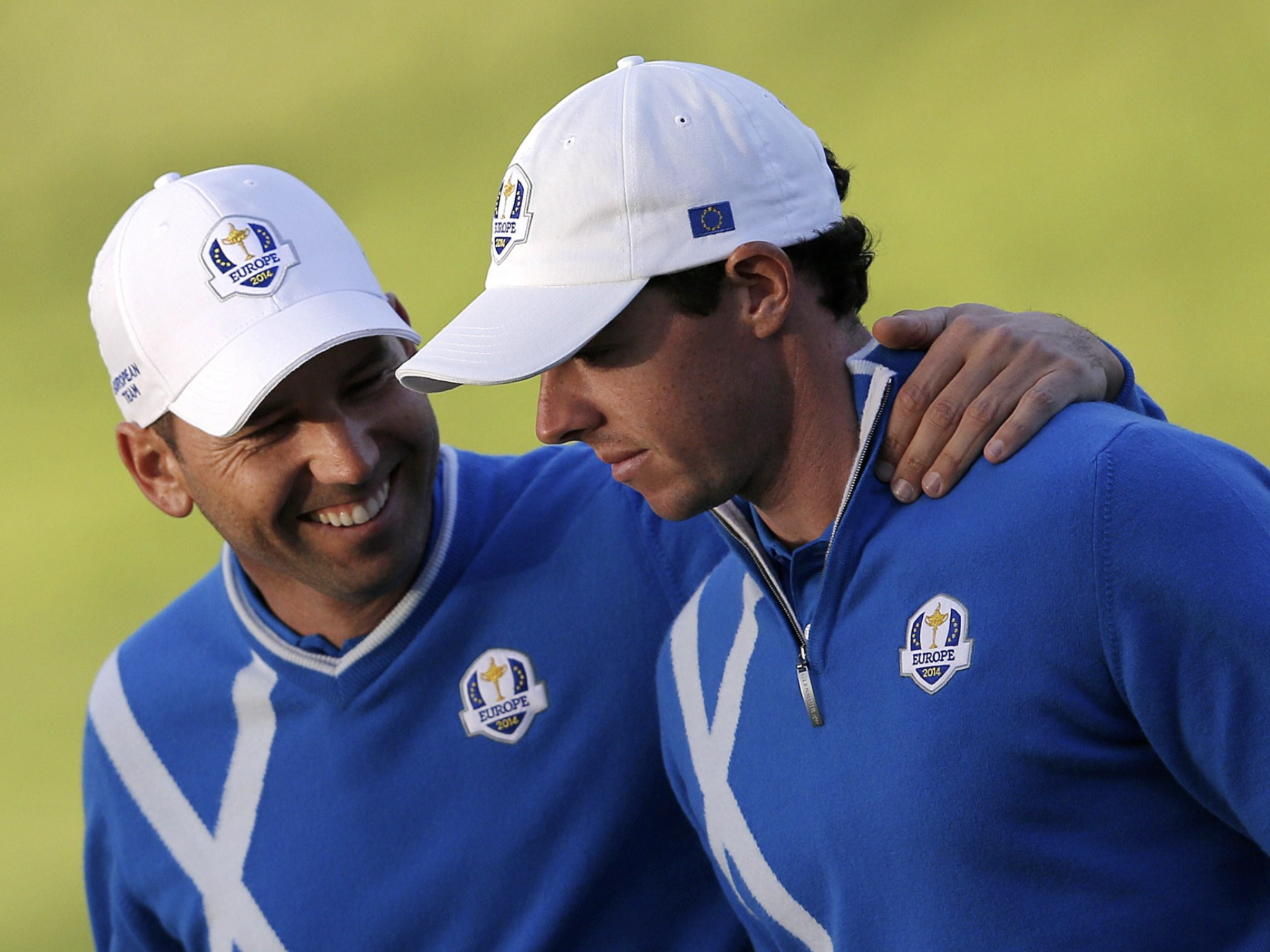 Rory McIlroy has played exceptionally well over the past year and has risen to the number one spot in the world once again. However, he’s found himself in the headlines for what he’s said to the media more often than for his stellar play.

At this week’s Hero Dubai Desert Classic, Rory was once again asked about his former friend, Sergio Garcia.

At the beginning of the week, DP World Tour chief executive Keith Pelley stated that if Luke Donald chose a LIV golfer for his captains pick at the Ryder Cup, they’d be able to participate. Sergio Garcia, who’s the European team’s all-time leading scorer in the Ryder Cup would typically be a player who’s worthy of consideration for one of those six available spots.

McIlroy, who was an usher at Garcia’s 2017 wedding, has emphatically stated that he doesn’t want Garcia at Marco Simone Golf and Country Club for the 2023 Ryder Cup.

During the media session in Dubai, Rory was asked if his relationship with former good friend Garcia could be rekindled.

McIlroy responded by just saying: “No.”

When asked to elaborate, McIlroy shook his head and said: “No way”.

There have been some dissenting opinions among European golfers on whether member of LIV Golf should be allowed to play in the Ryder Cup.

Jon Rahm said back in July that he wants his friend and fellow Spaniard Garcia on the Ryder Cup team.

“Sergio knows very well that he has dedicated his life to the European Tour in his 25 years as a pro,’’ Rahm said. “That they turn their backs on him that way doesn’t seem right to me. And it is what it is. It is not my decision and that he has to make this decision, it hurts me.

“It’s a shame also because I know that he wanted to play in Spain. And he won’t be able to play either the Spanish Open or at Valderrama. And it bothers me even more that he can’t play the Ryder Cup.’’

Rahm echoes those sentiments once again in October.

“The Ryder Cup is not the PGA Tour and European Tour against LIV – it’s Europe versus the US, period,” Rahm told The Telegraph. “The best of each against the other, and for me the Ryder Cup is above all. I wish they could play, but it doesn’t look good.”

Reigning U.S. Open champion Matt Fitzpatrick believes the best players should play, regardless of which Tour they play on.

“I think there definitely are a few personal relationships that have been dented by this,” Fitzpatrick told Sky Sports. “I’m not bothered, I just want to win, and I’m sure those boys do too.”

“Sergio would be the one that would stand out for me, particularly,” Fitzpatrick said. “I don’t know the details of [his relationship with Rory McIlroy]. I’m happy to share a room with him, if that’s going to be the case, I can corner him off for everyone else.”

It will be fascinating to see what European Captain Luke Donald ultimately decides to do with his captains picks with so many differing opinions amongst the European stars. 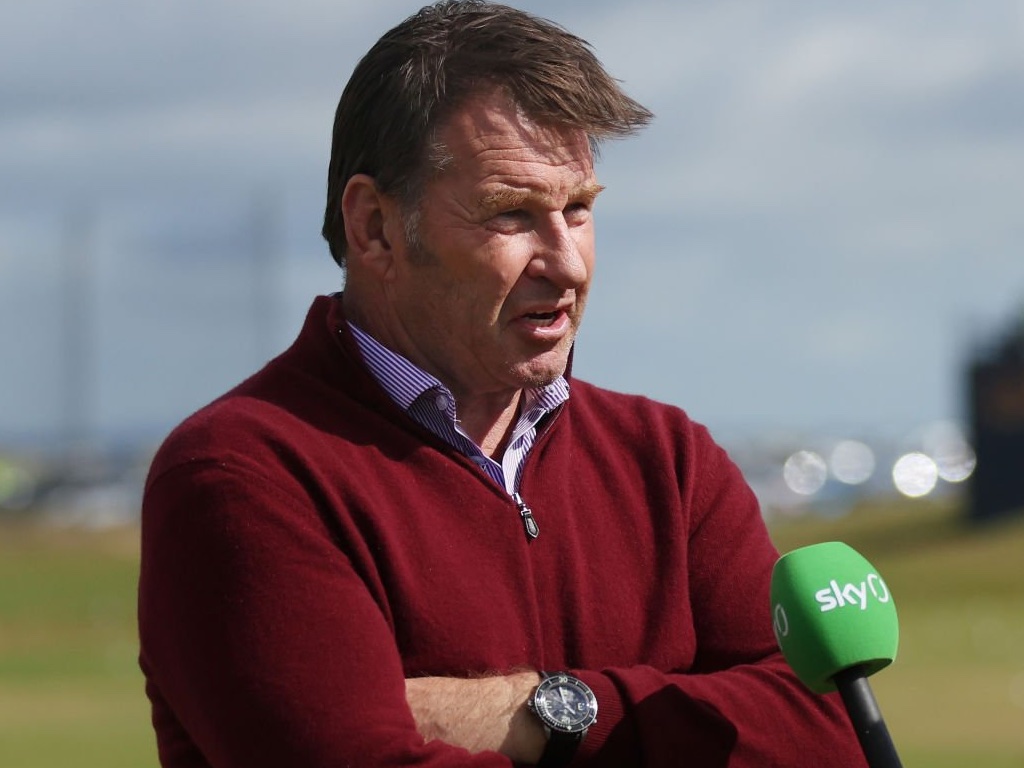 While LIV players look forward to their first event of the year at Mayakoba in just four weeks’ time, the ex-European Tour players have been told by Sir Nick Faldo that as far as this year’s Ryder Cup is concerned, “they’re done.” 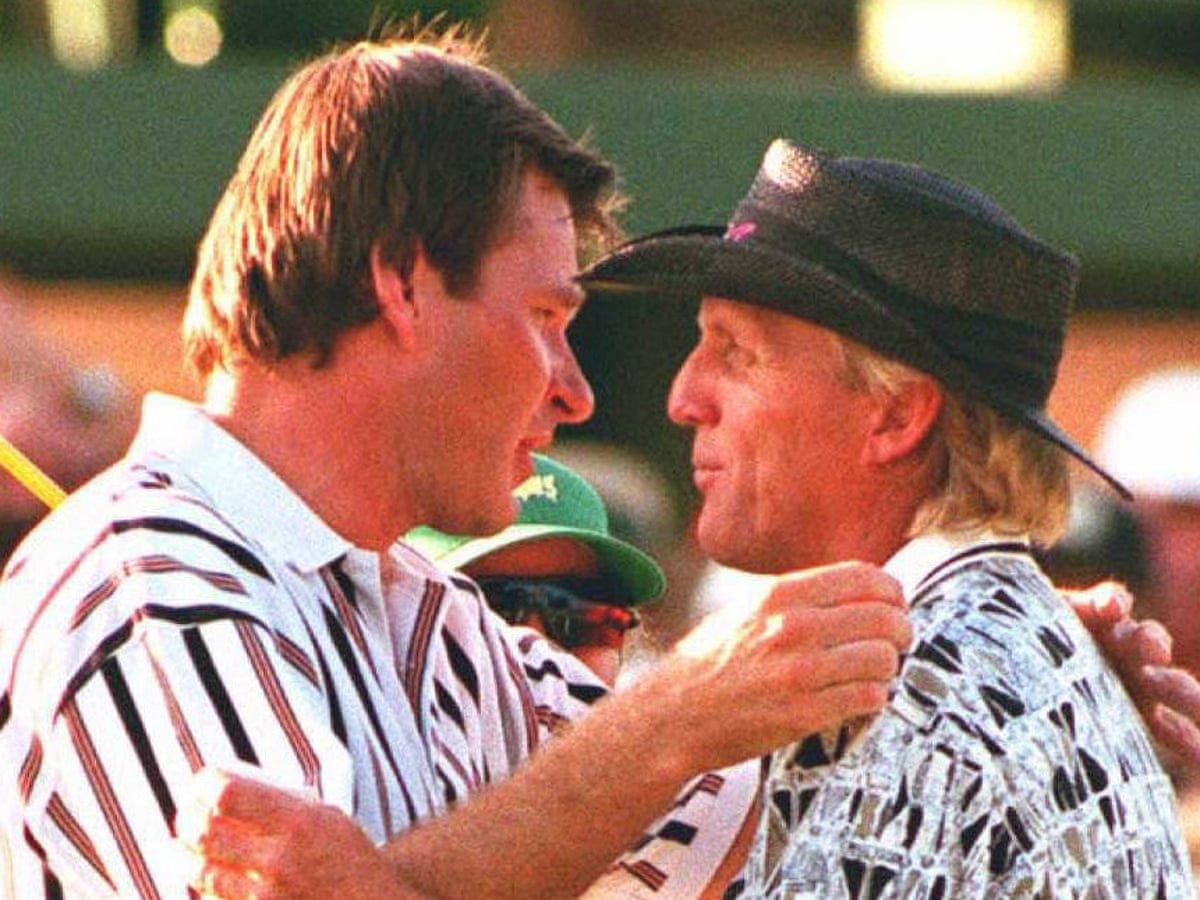 There is very little love lost between the 1996 Masters 1-2 these days.

In a week that has seen reports of reduced offers for new signings, the ‘unofficial’ tour has also witnessed increased momentum behind the TGL tour, with Collin Morikawa joining fellow major champions Jon Rahm and Justin Thomas in the technology-led midweek league in 2024.

Led by the fiercely anti-LIV Tiger Woods and Rory McIlroy, the two-time major champion may have been having a side-swipe at the Saudi-backed league when stating in his press release that:

“I think the design of TGL to provide sports fans the world’s best in a weekly, primetime golf competition, from start-to-end in only two hours, will appeal to a broader spectrum of casual golf fans and introduce our sport to younger fans.”

Barring injury, McIlroy, Morikawa, JT and Rahm are certain to be facing each other at the Marco Simone club later this year, but whilst Faldo may be uncertain about who will be in the team, he is very clear about who should be missing.

Players that have made a huge impression in recent Ryder Cups — Ian Poulter, Martin Kaymer, Lee Westwood, Sergio Garcia and Graeme McDowell — have all made the decision to join LIV over the past year, something Faldo says makes the result easy:

“They shouldn’t be there because they’ve gone off and you’ve got to move on,” Faldo said when interviewed on Sky Sports News.

The 11-time Ryder Cup player and retired broadcaster admitted that age is certainly against them, but with no official ranking or Ryder Cup points awarded to LIV results, it is also going to be virtually impossible for any of the previous stalwarts to re-appear in Italy.

That is, of course, all subject to the result of an upcoming hearing, challenging any ban by the PGA Tour and restrictions by the DP World Tour.

With LIV player Henrik Stenson — the original European team captain — sacked within three months of being appointed, Luke Donald knows that he needs to choose wisely when it comes to his six free picks, and Faldo suggests this is the time to bank of the rookies:

“They’re [European LIV players] all at the age where Europe needs to find a new breed of 25-year-olds that can play half a dozen or more Ryder Cups, and I think we’re going to have that.”

“They’re done,” he said confidently, before continuing: “It’s a rival tour. If you work for a company for 20 years and you then leave to go to a rival company, I can promise you your picture won’t still be on the wall. You’ve moved on. Fine, off you go.”

Faldo also commented on the LIV tour in general, offering his thoughts on the organization fronted by Greg Norman, his great rival on the course throughout his career, and against whom he overcame a six-shot deficit to win the 1996 Masters.

Of his great rival, with whom he split eight major titles in a 10 year period from 1986, the 65-year-old said:

“He was a great golfer. He really was a charismatic, exciting golfer and he’s absolutely wrecked all of that.”