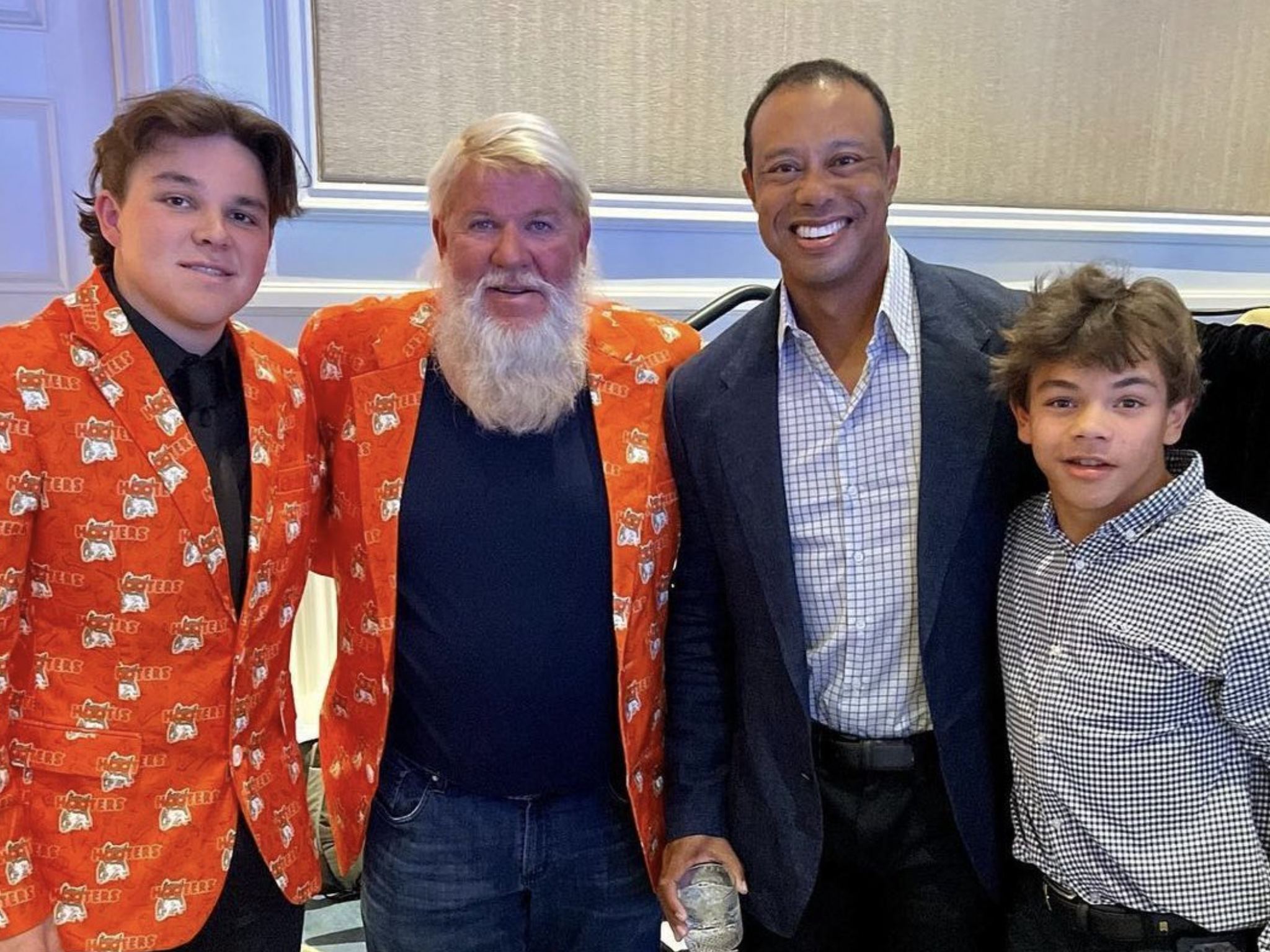 The top of the leaderboard at the end of yesterday’s PNC Championship could not have been more diverse.

As Team Singh – Vijay and son Qass – backed up their opening 59 with yet another 13-under score, memories turned to those constant reports of Singh Snr. and his constant work ethic, often seen on the range for many hours, even if winning a tournament.

Just below them sat John Daly’s I and II, defending champions and the only team to match that incredible number yesterday.

More impressive is that only yesterday, the two-time major champion commented he was having a “full knee replacement,” this Wednesday, and that he “can’t imagine how much pain [Tiger Woods is] in, but I know mine is — I had, my right knee replaced, three years ago, and it’s no fun when you can’t walk and can’t turn and be able to get out and practice enough and complete, which I can’t do right now, really.”

Of course, we know Daly for more than just a knee issue, with a career full of rule-breaking, drinking and gambling issues, as well as an extraordinarily long backswing and a tendency to play exciting, attacking golf.

Over the last couple of months, the colorful 56-year-old revealed that he had “begged” Greg Norman to play a part in LIV Golf, whilst just two days ago he revealed his best cure for a hangover.

The other thing Daly does is know how to make the news.

This week’s PNC Championship has seen some of the most worthy of personalities miked up, with none of Lee Trevino, Tiger Woods, Justin Thomas and Jordan Spieth ever afraid to speak their minds. Daly may be the most polarising of those, but he is nothing but honest.

Many years ago he blamed former coach Butch Harmon for demonising him as a drunk, forcing an opinion to the golfing world that “kind of destroyed my life for a little bit,” but in his PNC interview, Daly proudly spoke that:

“If I knew that I was going to live this long, I would have taken worse care of myself.”

The words ‘flawed genius’ may never have been put to better use for a golfer.