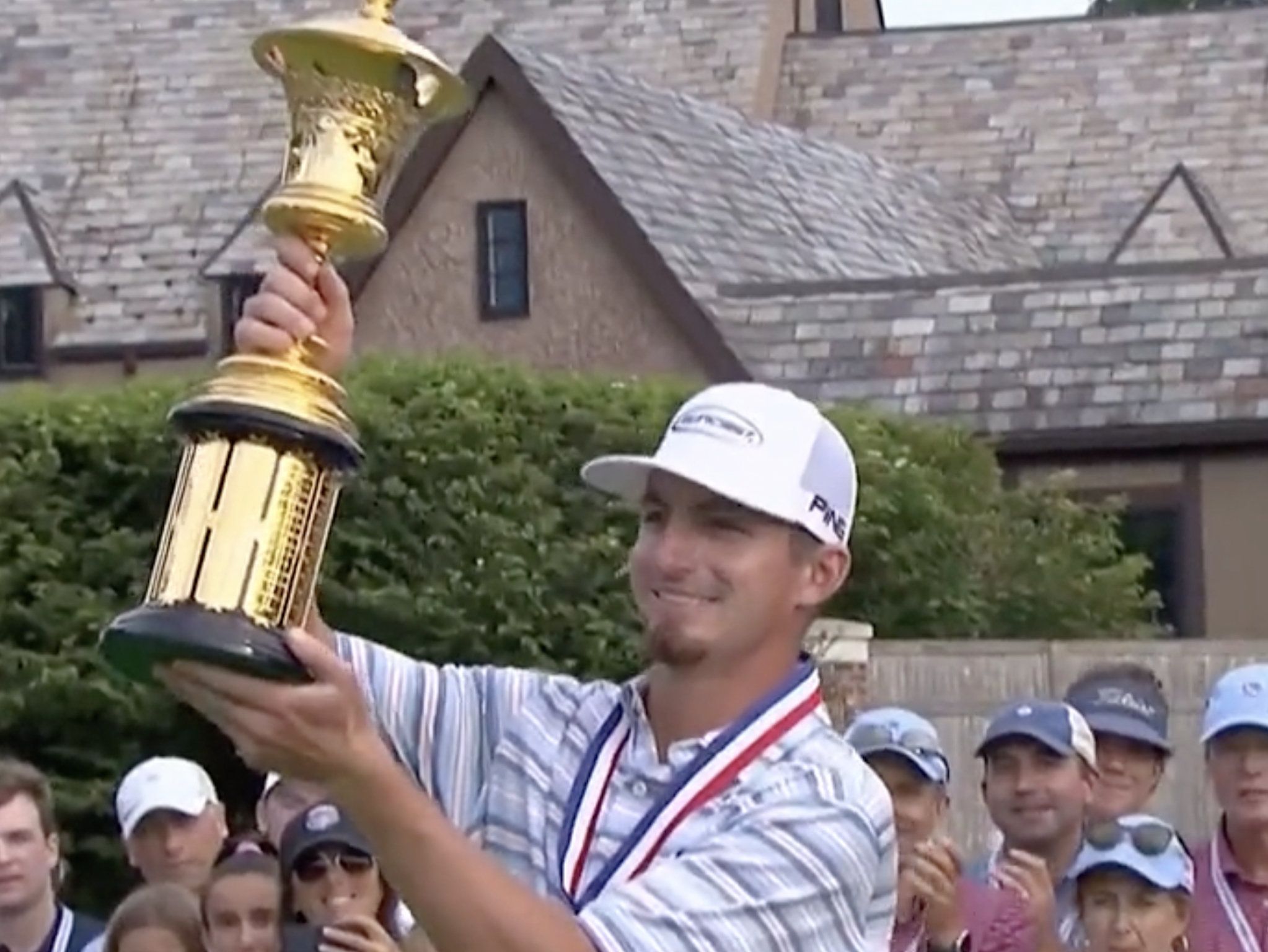 When Sam Bennett won last weekend’s U.S. Amateur, he did it the hard way.

Website USGA.org report that “Bennett could have joined the play-for-pay ranks in June after finishing 10th in the NCAA Championships, thanks to a final-round 64, and tying for 49th in the U.S. Open. But this past spring, he removed his name from PGA Tour University, a ranking system that awards the top five collegiate seniors spots on the Korn Ferry Tour.

He wanted to come back for a COVID year at Texas A&M and have one final crack at hoisting the Havemeyer Trophy. Instead of entering a lot of top summer amateur events, he chose to stay in Texas and play recreationally with his buddies.”

Taking out a few of the world’s top 30 amateurs along the way, he nominated himself as “the dog in this race” at the quarter-final stage, a big claim he was able to live up to, finally holding the Havemeyer Trophy aloft.

His journey to the top has not been without its problems.

Last Summer, Bennett lost his father, Mark, after a long battle with illness, resulting in a tattoo reading, “Don’t wait to do something,” whilst he feels he is always battling against critics of his pre-shot routine, reminiscent of Sergio Garcia’s constant re-gripping back in the early 2000s.

TWELVE looks to the hole before Sam Bennett pulls the trigger. pic.twitter.com/ZMuB3TZEHD

Bennett joined ‘The Loop’ podcast within days of winning his biggest title yet, to recap the win and discuss the future.

Referring to his detractors, Bennett said:

“I just want to tell those people. I already have anxiety. It’s pretty bad. Having anxiety and then getting over a golf ball with all these thoughts in your head, put me in that moment at the U.S. Am with the whole golf world watching. I mean, what can you expect?”

“It’s always been like that,” Bennett added. “I don’t pull the trigger until I’m ready. It’s not a certain amount of looks, it’s just when I’m ready.”

There were, of course, positive points from his victory, his targets for the new season, and the ‘staggering’ amount of weight he lost during the competition at Ridgewood.

Top-50 in this year’s U.S Open at Brookline, Bennett will look forward to his fifth-year senior at Texas A&M, a college with a golf alumni including PGA Tour players Ryan Palmer, Bronson Burgoon, Jeff Maggert and Cameron Champ, as well as a trio of current DP World Tour players. 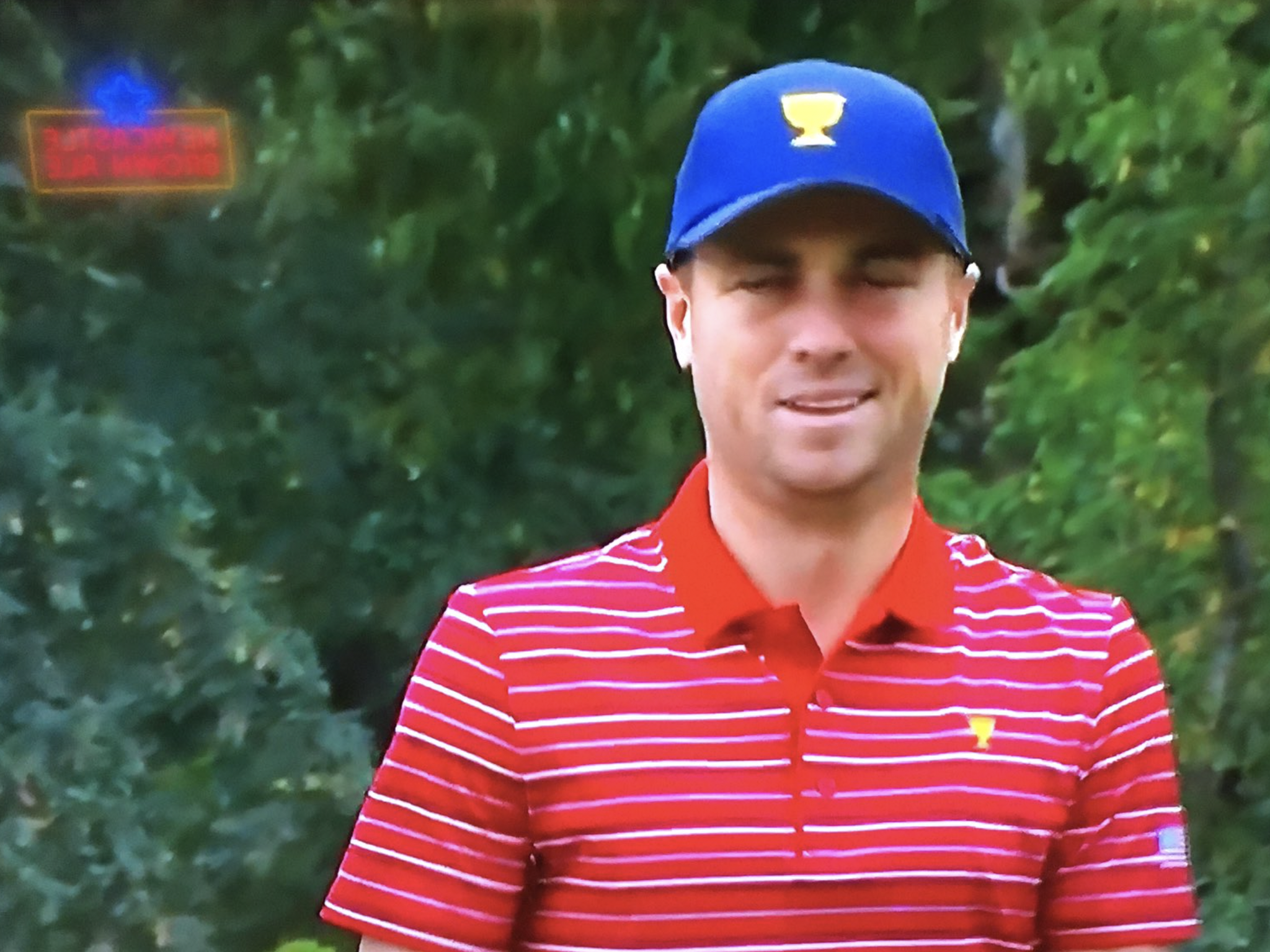 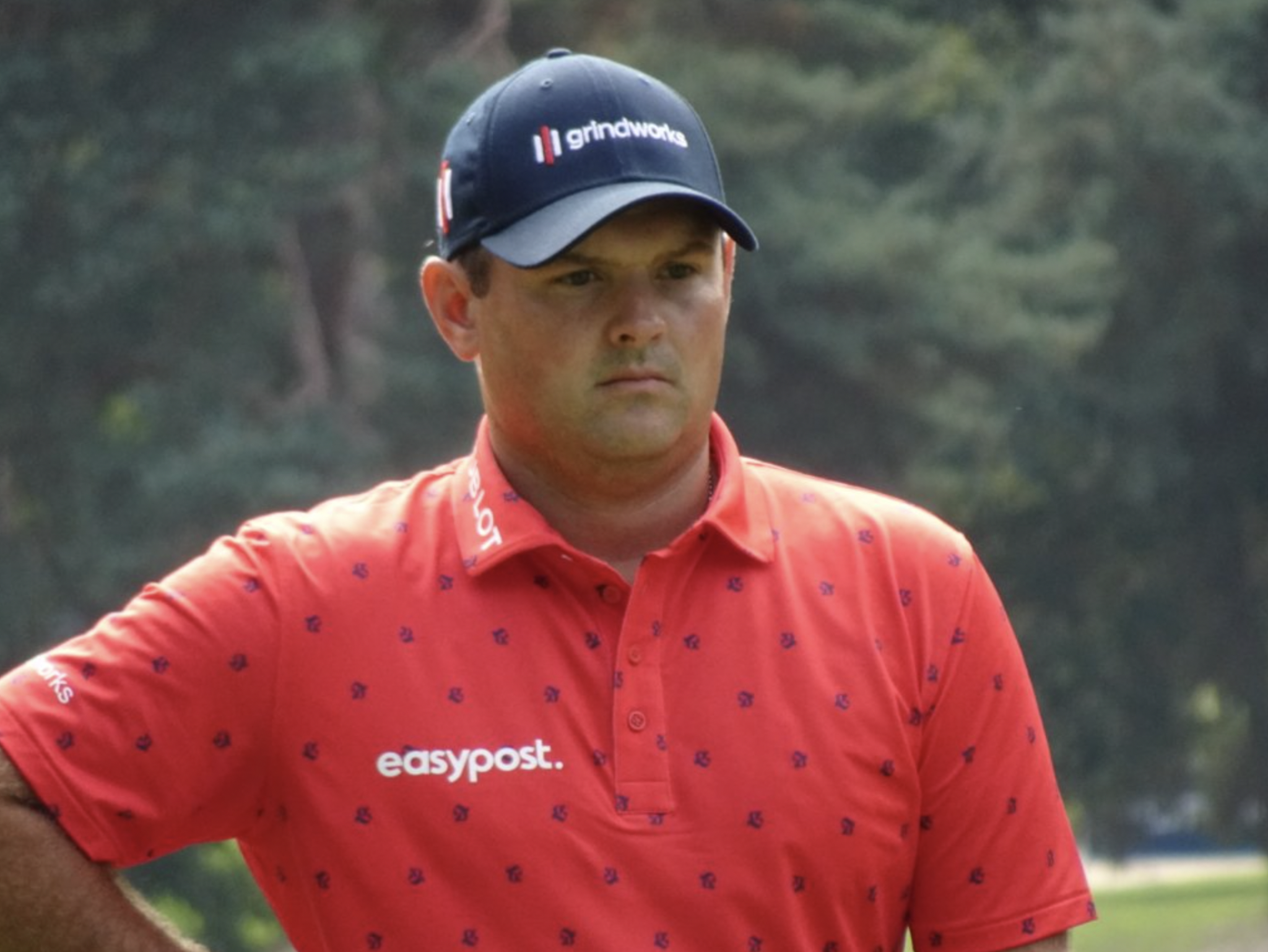 Patrick Reed has dealt with some criticism over the past few months for choosing to play in DP World Tour events after making the controversial move to join LIV Golf.

When the former Masters champion made his decision, he made comments about wanting to spend more time with his kids.

“It wears on you as an athlete, wears on you as a person, as a father, and this is for me, I feel like this is the best decision ever,” Reed said at the time. “Now I can compete at the highest level, but also prepare and get ready for every single event and be able to be home, and even though I’ll be grinding at home getting ready, I’ll be able to spend time with the kids.”

Since the move, Reed has played in four events in September and was scheduled to play his fifth consecutive event this week at the DP World Tour’s Alfred Dunhill Links.

However, Reed withdrew from the tournament on Monday due to back pain.

According to the 32-year-old, his mattress at the Versailles hotel during the Open de France was too soft and it caused an injury.

“The mattress was just too soft for me,” Reed said in an interview with Bernie McGuire from the Irish Golfer.

“I played well in the pro-am but the pain in my back was getting worse.

“It’s disappointing as I was looking forward to coming back to France after being there for the Ryder Cup.”

Reed added: “I first played the Dunhill Links back in 2011. It was my first European Tour event, so that’s another event I was looking forward to playing.”

He’s scheduled to tee it up once again at LIV Bangkok beginning on October 7th. 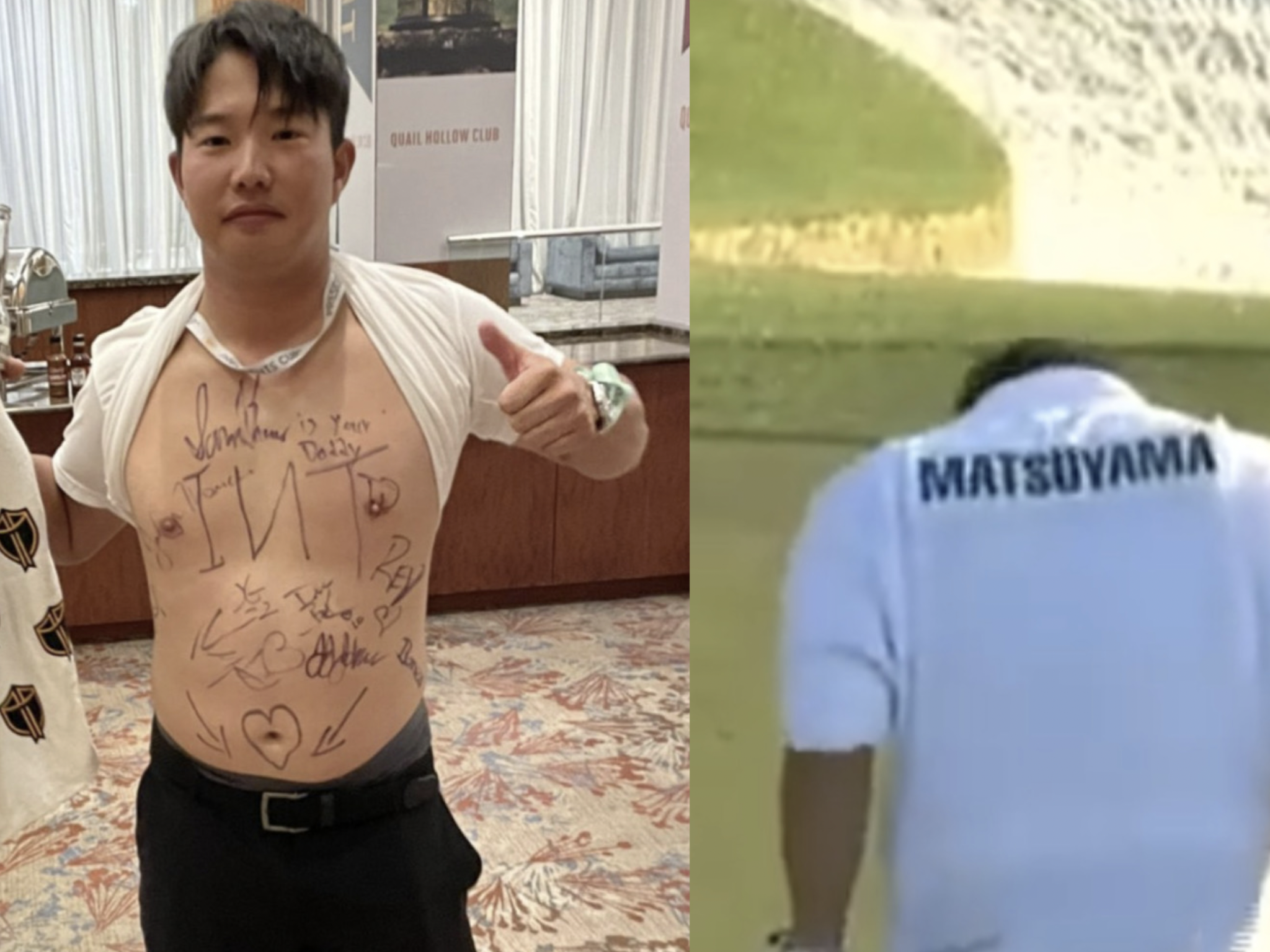