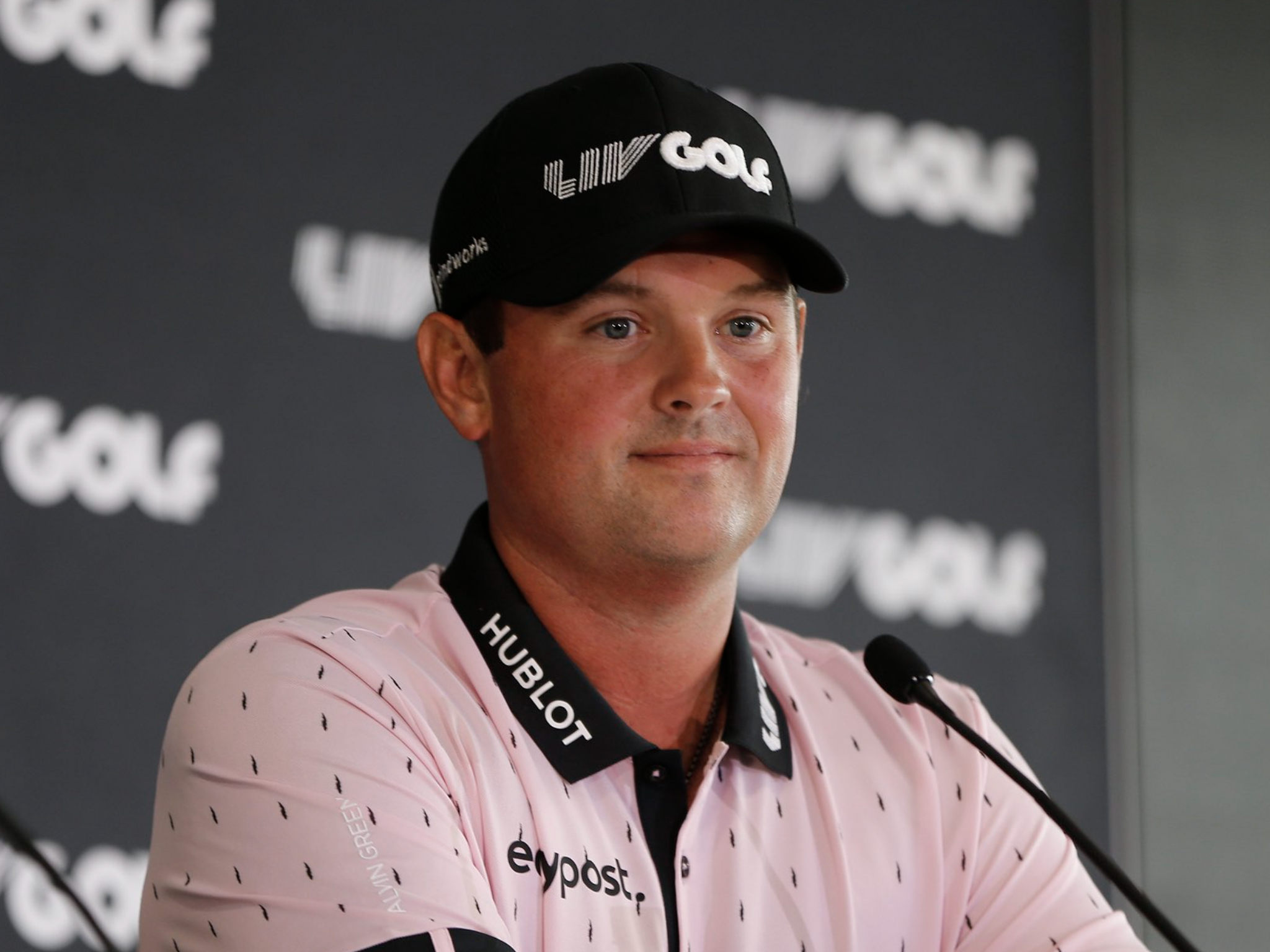 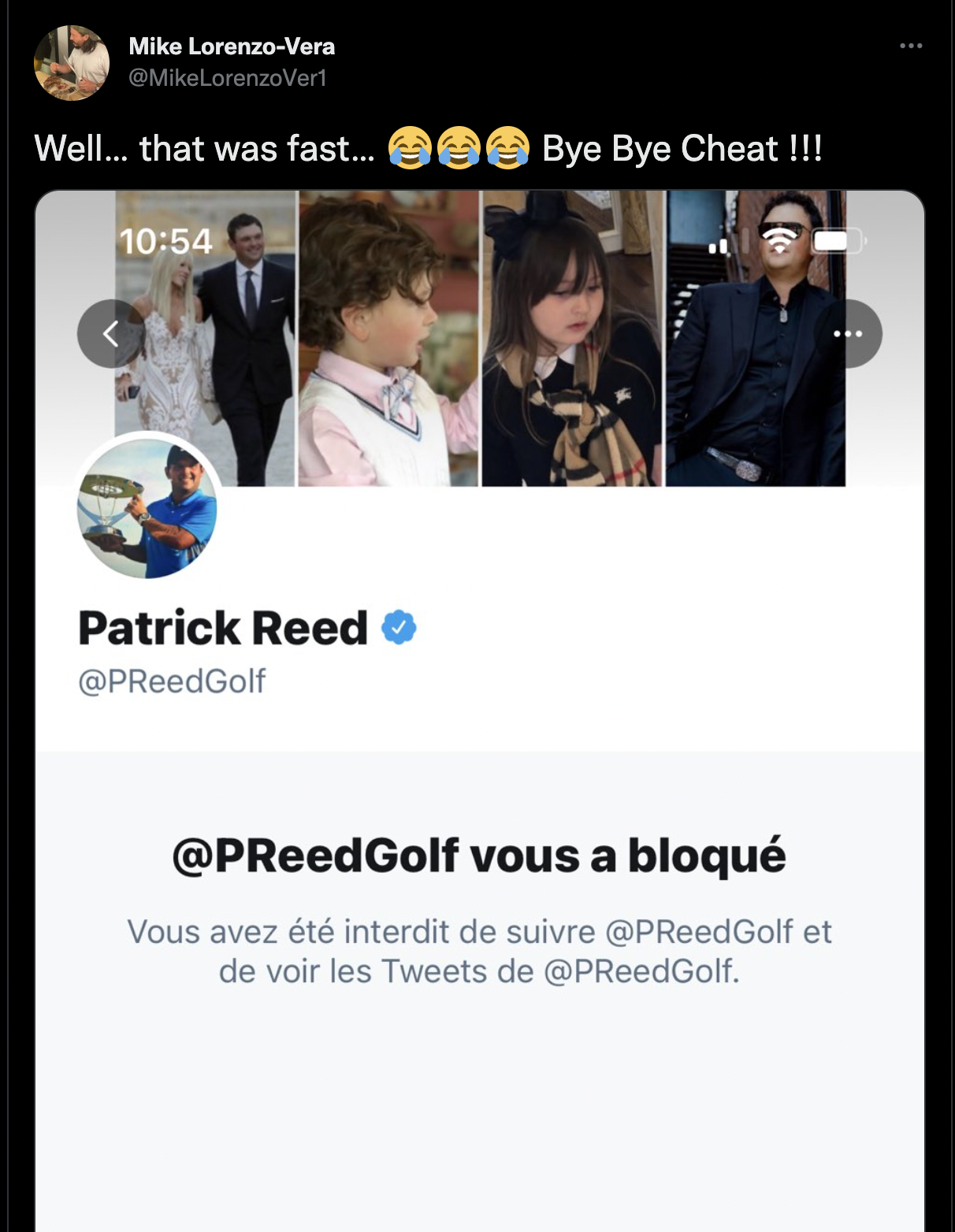 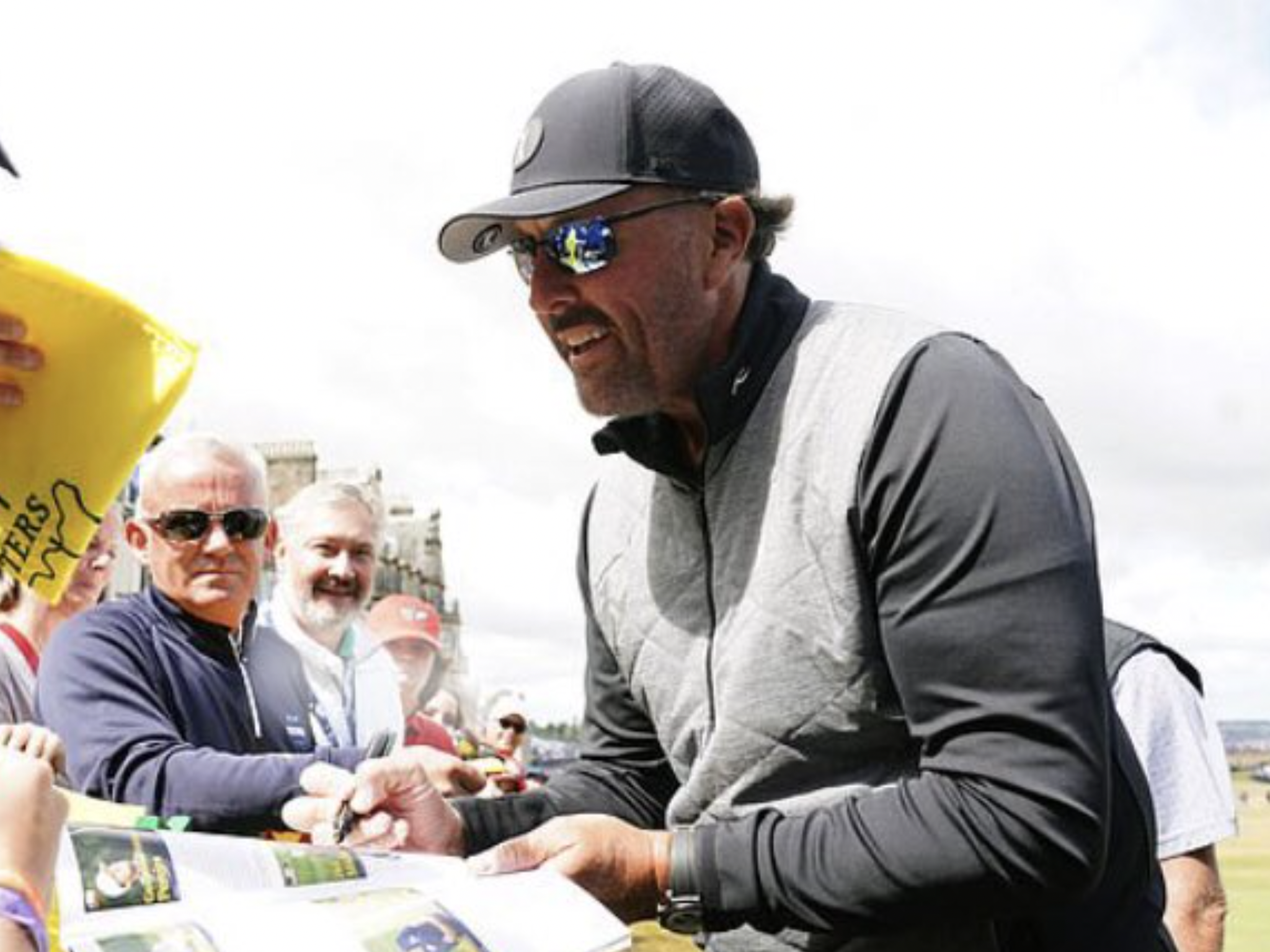 Much was made about Phil Mickelson’s Open Championship pairing during the week leading up to the 150th edition of the event at St. Andrews. The six-time major champion has been one of the biggest stars in the game and an all-time great player.

Therefore, when it was announced that he’d be grouped with Kurt Kitayama and Lucas Herbert for his first two rounds it came as a bit of a shock. With all due respect to Kitayama and Herbert, it’s not the star-studded group you’d expect for last year’s PGA Championship winner.

It also came as a bit of a shock to the Australian, Lucas Herbert. Not because he was in awe by the star power of Mickelson, but because he’s hated Phil for more than 10 years.

“Hey, Instagram, just shot two-under in the morning in the first round of the Open,” Herbert began. “Thank you for all the messages and what-not. Thought I would share a funny story for you all. So played with Phil today. Had an enjoyable day watching him play. And have a little backstory with Phil. So 2011 Presidents Cup, it’s Royal Melbourne, I’m 15 years old. I lied about my age to get into the volunteer network and become a standard bearer for the week carrying around the little scoreboards that update the gallery of what the group scores are on throughout the day. … Really enjoyed it.”

“Didn’t carry a board for Phil. But on the final day of play, I was hanging about, trying to get autographs, just wanting to be amongst it; thought it was the coolest thing ever. So hanging about the U.S. boys and everyone was signing this hat that I had. And I was passing it around to everyone, and everyone was great; everyone signed it. I asked Phil for an autograph, and he was the only one to deny me of this autograph.”

The roster of the 2011 Presidents Cup was loaded with stars and included Tiger Woods, Dustin Johnson, Bubba Watson, Steve Stricker, Webb Simpson, Jim Furyk, Matt Kuchar, David Toms, Bill Haas, Hunter Mahan and Nick Watney. Having only one member of the team refuse to sign the hat to get the whole team I’d imagine would be quite disappointing for a 15-year-old.

Herbert made sure to remind Phil of his refusal to autograph the hat.

“So I reminded Phil of this today,” Herbert said. “On the 15th tee, I reminded him that I hate him and have hated him for 11 years as a result of him not signing the autograph for me. And he was very apologetic, and he played along and it was pretty funny.”

Herbert then slowed the video down and gave a detailed breakdown of Mickelson’s snub.

“Now you might not have seen it because it is in the background, but I will go through it again and show you the detailed analysis, the action replay of this snub of an autograph,” Herbert said. “So as we look here on the action replay, we’ve got the shot coming in. There’s Herbie on the left there, Titleist cap; sorry, hadn’t seen the light yet, TaylorMade. But Herbie on the left, standard bearer, moving across at Phil, who’s hidden behind the other standard bearer volunteer. Now Phil comes into frame here. You see: ‘Hey, Phil, can I get an autograph?’

“And you see the shake of the head, ‘No, absolutely not,’ and the signature hand gesture up there later on. ‘I’m with Amy. Go away.’”

Herbert got the last laugh, as he went on to finish in a tie for 15th place at The Open Championship while Mickelson missed the cut. 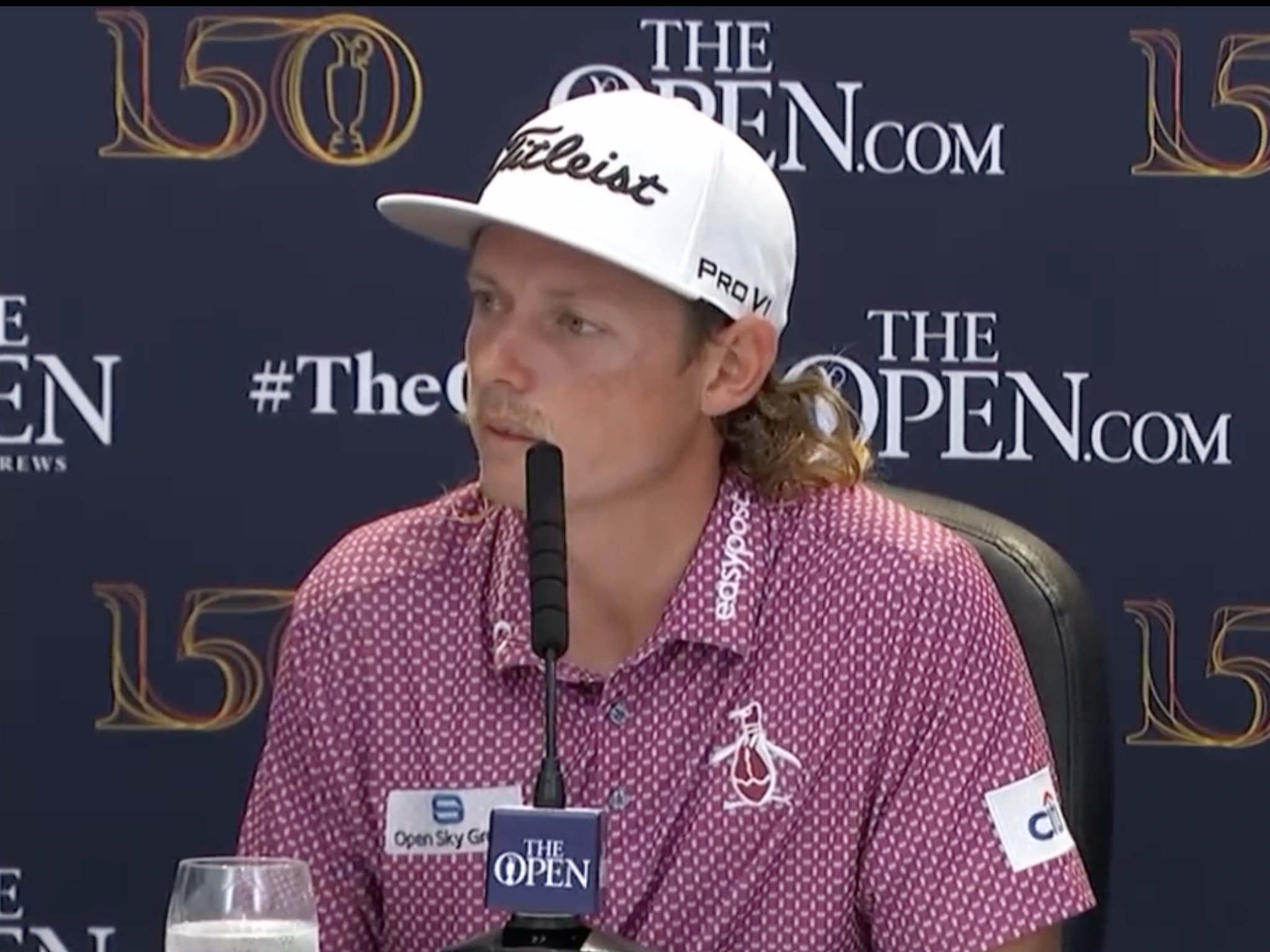 After one of the greatest Open Championship performances in one of the most monumental tournaments in the history of the sport, Australian Cam Smith was immediately faced with a question that no professional golfer wants to be asked these days.

Will you be joining LIV Golf?

“Cam, apologies for having to bring this up in these circumstances, but your name continues to be mentioned, has been mentioned to me this week about LIV golf. What’s your position? Are you interested? Is there any truth to suggestions that you might be signing?” Asked the reporter.

Cam wasn’t pleased with the question. “I just won the British Open, and you’re asking about that. I think that’s pretty not that good,” an agitated Smith replied.

Unsurprisingly, the response didn’t deter the reporter from following up on the question.

“I appreciate that, but the question is still there. Are you interested at all? Is there any truth in that?”

“I don’t know, mate. My team around me worries about all that stuff. I’m here to win golf tournaments,” Smith replied.

The LIV Golf question everyone is tweeting about. Cam Smith with the death shot "i think thats… pretty, not that good" pic.twitter.com/Jn5FGtOUSf

On Monday morning, Smith did however reveal the answer to the question of how many beers would fit inside the Claret Jug after a night of well deserved celebration. 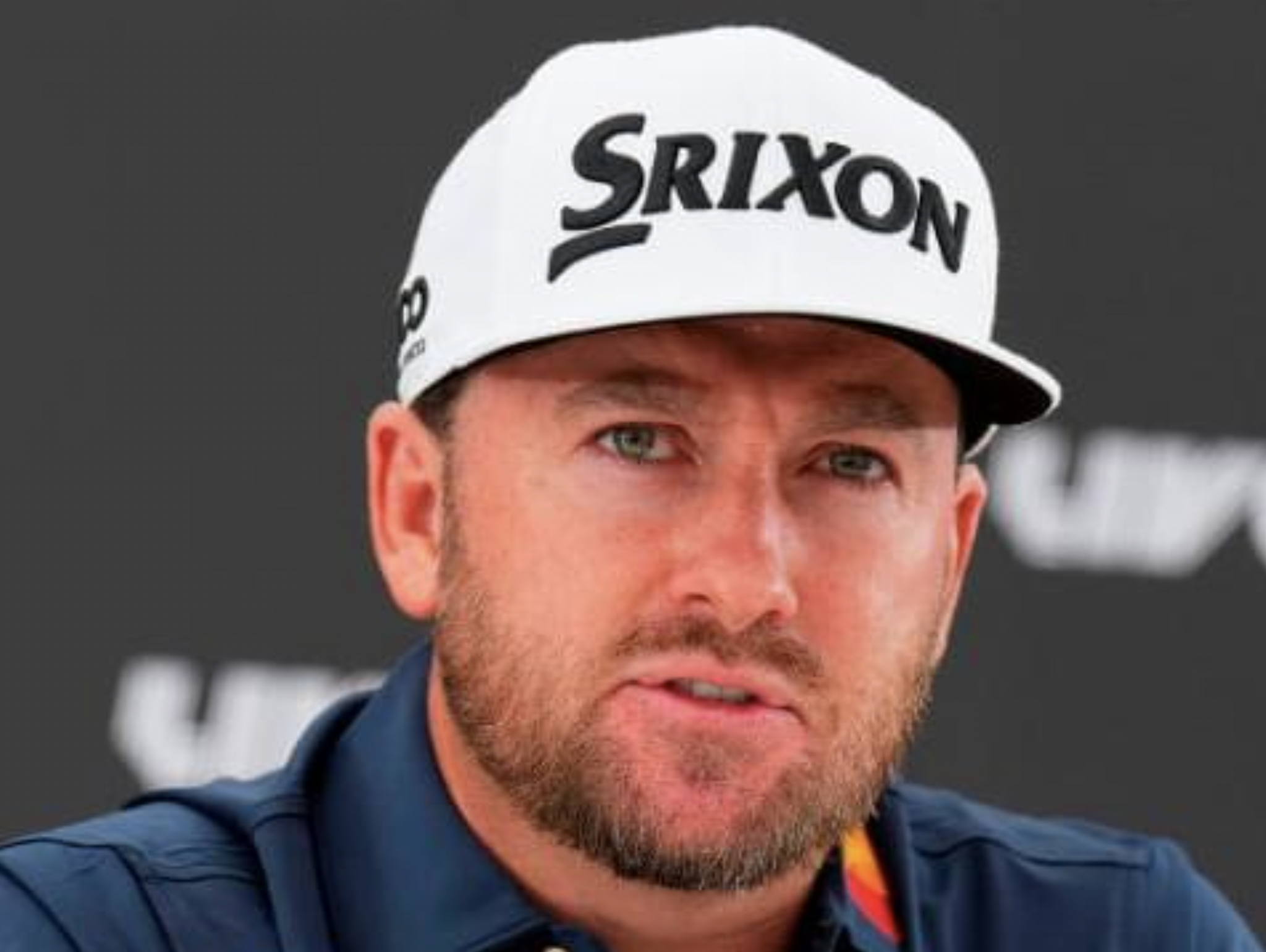 The LIV players will rarely find it an easy ride back on the regular tours, but some are having it tougher than others.

Despite former European hero Ian Poulter getting booed on the first tee at St. Andrews on Thursday and Friday, those assembled did not give the same hostility towards most of his fellow rebel players, with the enthusiastic crowd giving eventual tied-sixth, Dustin Johnson, a good few cheers along the way.

However, Graeme McDowell, one of the LIV players, derided for many of his responses at LIV press conferences, surely chose the wrong moment to have a little fun on Twitter.

On Saturday the Northern Irishman, 11th, 23rd and 49th at his three Opens held at the Old Course, felt the need to have a little jibe at viewers of The Open, suggesting in jest that the event could be improved by a shotgun start, the ‘same time, multiple tee’ start used at the LIV events.

Quality viewing @TheOpen. The unpredictability of The Old Course from bounces to weather is unlike anything in golf. Can’t turn it off. Thinking pace of play might have improved with a shotgun start? What you guys think?

Perhaps he was pointing to the news of six-hour rounds, perhaps he felt it amusing. Either way, it didn’t go down well with the vast majority of the 1800-plus replies.

The responses ranged from Eddie Pepperell’s fishing GIF to, “Really GMac??? And how about 54 holes with music blaring and a fog machine? That’s what’s missing, eh??”

In a separate but related tweet, Brian Phillips referred to the LIV regulations : “You couldn’t draw up a stronger rebuke of the shotgun start format than what we’ve experienced today,” and it was surely G-Mac that read the room completely wrongly. Or at least those that control his social media feeds.”

Some 90 minutes later, the 2010 U.S. Open champion was back on Twitter with a much more aligned view:

Love some of the idiotic comments below. Clearly some click bait here. There’s not a more pure form of our sport than @TheOpen. The Majors are sacred and their history and tradition should always be preserved. The other 48 weeks leave room for multiple platforms within the sport. https://t.co/epcFb2MtkM 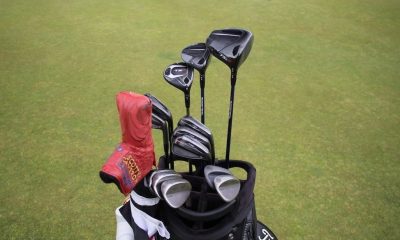 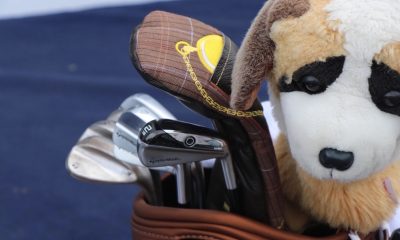 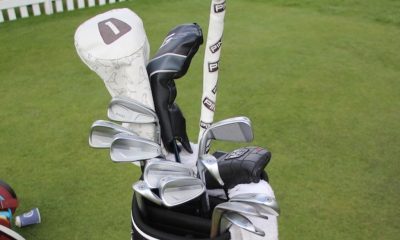 Stewart Cink what’s in the bag accurate as of the The Open Championship. More photos from the event here. Driver:... 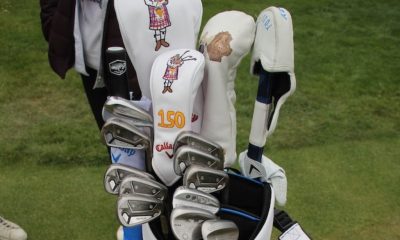 Xander Schauffele what’s in the bag accurate as of the The Open Championship. More photos from the event here. Driver:...