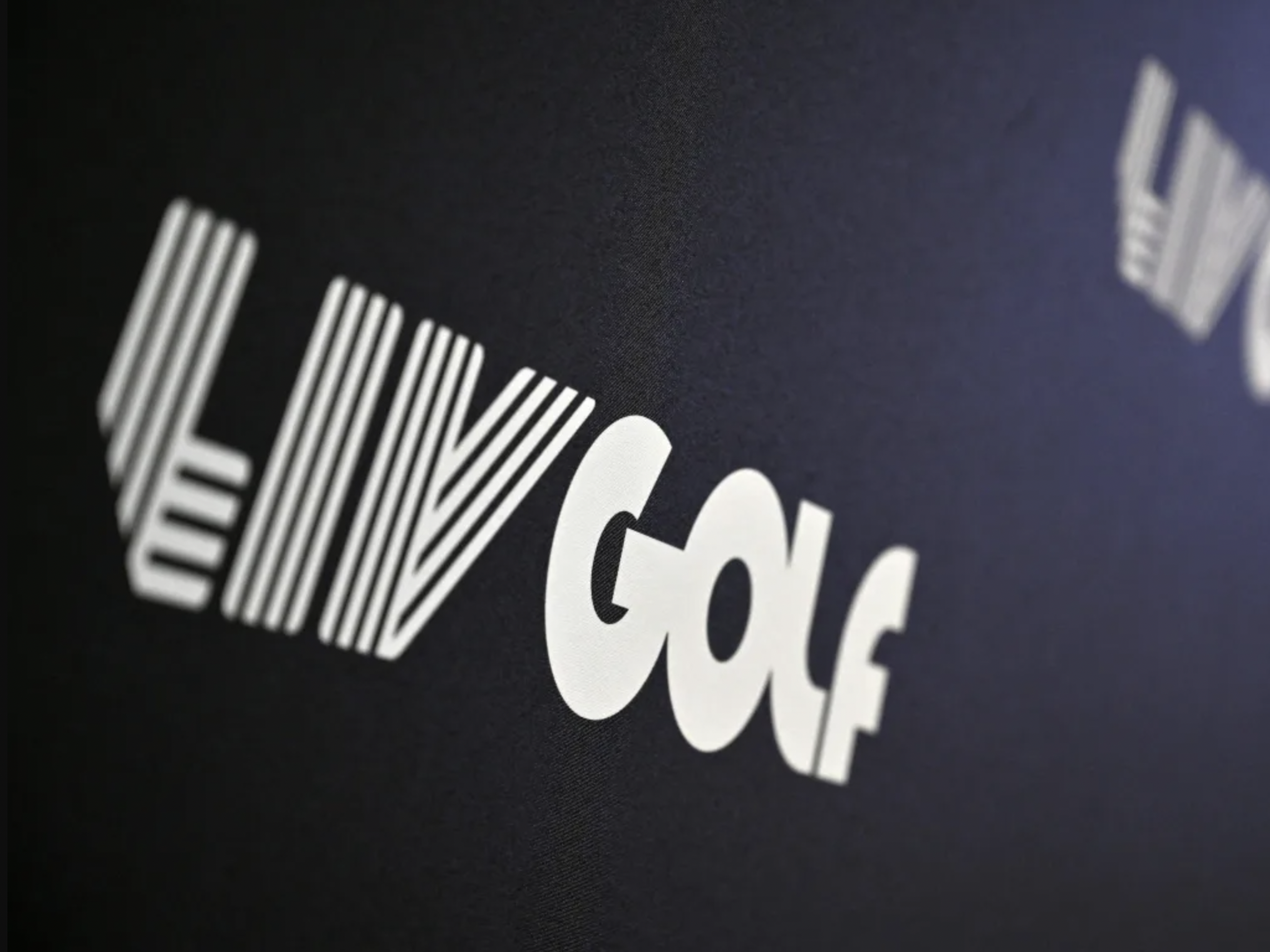 American duo Bryson DeChambeau and Patrick Reed have both joined the Saudi-backed LIV Golf Series, according to the Telegraph.

Per the Telegraph’s report, DeChambeau and Reed have both agreed multi-year deals with the controversial LIV Golf Series with the signings to be announced imminently.

Earlier this week, Phil Mickelson confirmed that he had joined the breakaway tour, while it’s reported that Rickie Fowler’s signing is close.

Back in late February, Bryson said:

“While there has been a lot of speculation surrounding my support for another tour, I want to make it very clear that as long as the best players in the world are playing the PGA Tour, so will I. As of now, I am focused on getting myself healthy and competing again soon.”

While just last week, DeChambeau told media that he would be staying with the PGA Tour, saying

“I think that’s mostly – a lot of it is private. There’s not really any conversations that need to be made about that, other than the fact that, like, every person out here has their own opinion on it (LIV). Me, there’s obviously a lot of conversation. For me, I personally don’t think that at this point in time I’m in a place in my career where I can risk things like that.”

Yet just a week later, Bryson has reportedly made a stunning u-turn in news that is sure to reverberate through the world of golf. 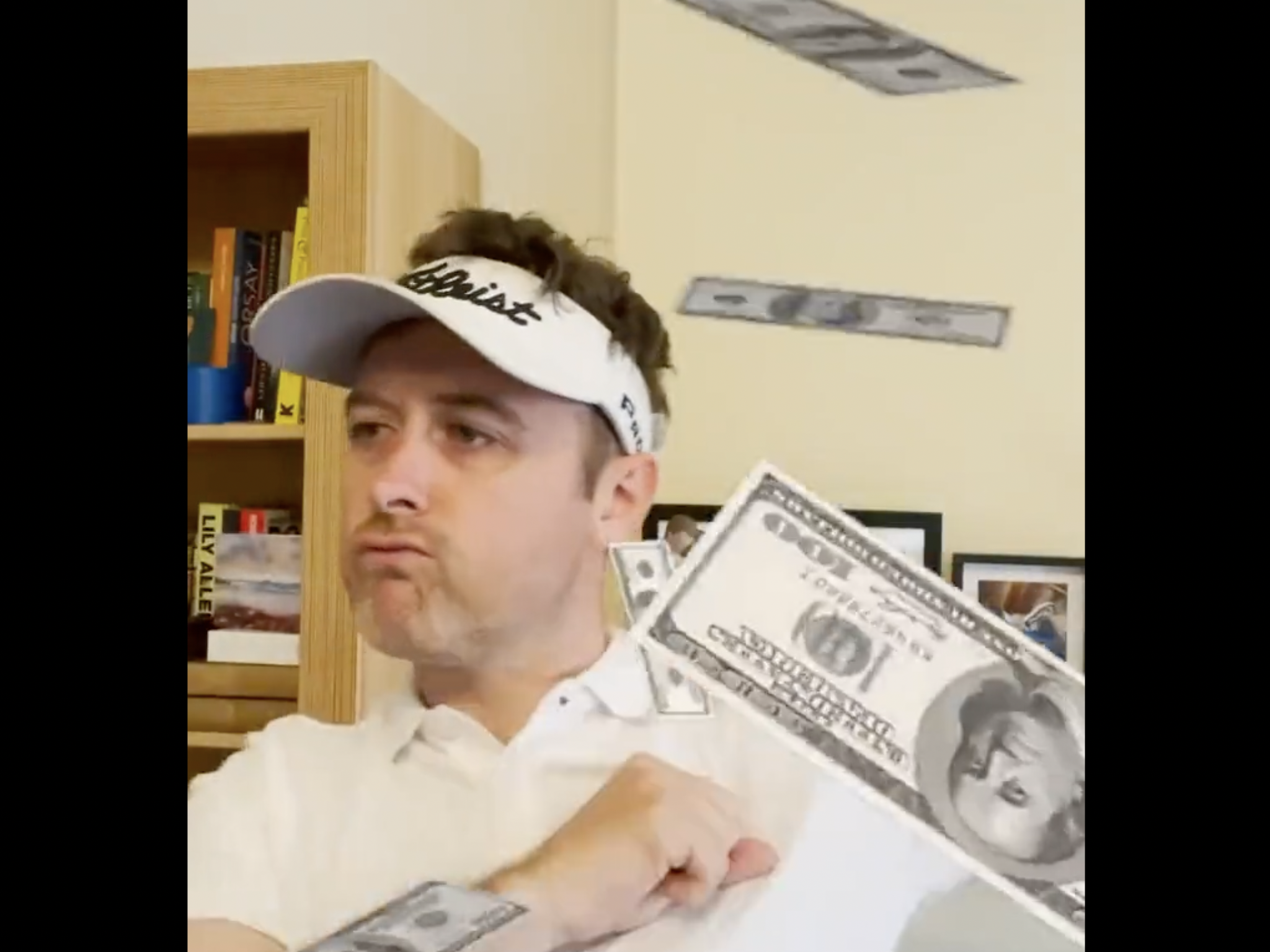 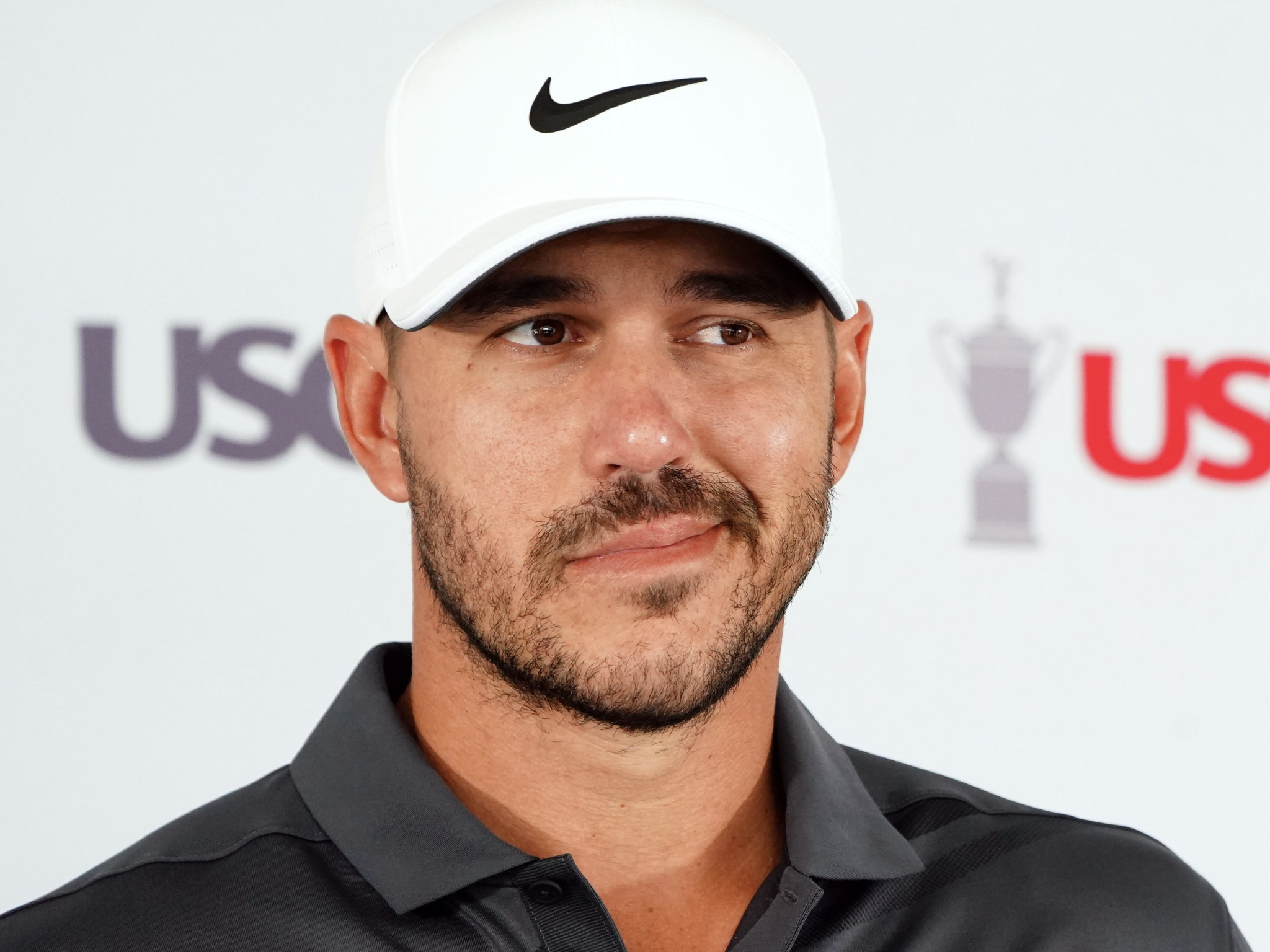 Having blasted reporters at the US Open press conference for continually asking about the LIV Golf Series, Brooks Koepka yesterday jumped ship from the PGA Tour.

Just a week ago, Koepka hit out at the media coverage, saying:

“I don’t understand, I’m trying to focus on the U.S. Open, man. I legitimately don’t get it. I’m tired of the conversations. I’m tired of all this stuff.”

He continued, “I’m here at the US Open, I’m ready to play the U.S. Open, and I think it kind of sucks, too, you are all throwing this black cloud over the U.S. Open. It’s one of my favorite events. I don’t know why you guys keep doing that. The more legs you give it, the more you keep talking about it.”

At Riviera in 2020, however, Koepka commented on the rumblings of a Saudi-backed tour, saying that “money doesn’t matter” and that he just wants “to play against the best.”

If somebody gave me $200 million tomorrow it’s not going to change my life. What am I going to get out of it? I already have [enough money] that I could retire right now, but I don’t want to. I just want to play golf.”

A few injuries later, a set of average results, including a pair of 55th place finishes at the last two majors and, no doubt, several substantial offers have led the world number 19 to accept a place at the LIV Golf Series.

With a reported $100 million-plus being paid to the likes of Dustin Johnson, Phil Mickelson and Koepka’s great rival, Bryson DeChambeau, it may be good to see these stars come out, as Peter Uihlein has, and admit it’s all for the money, whether the public thinks that’s right or otherwise. 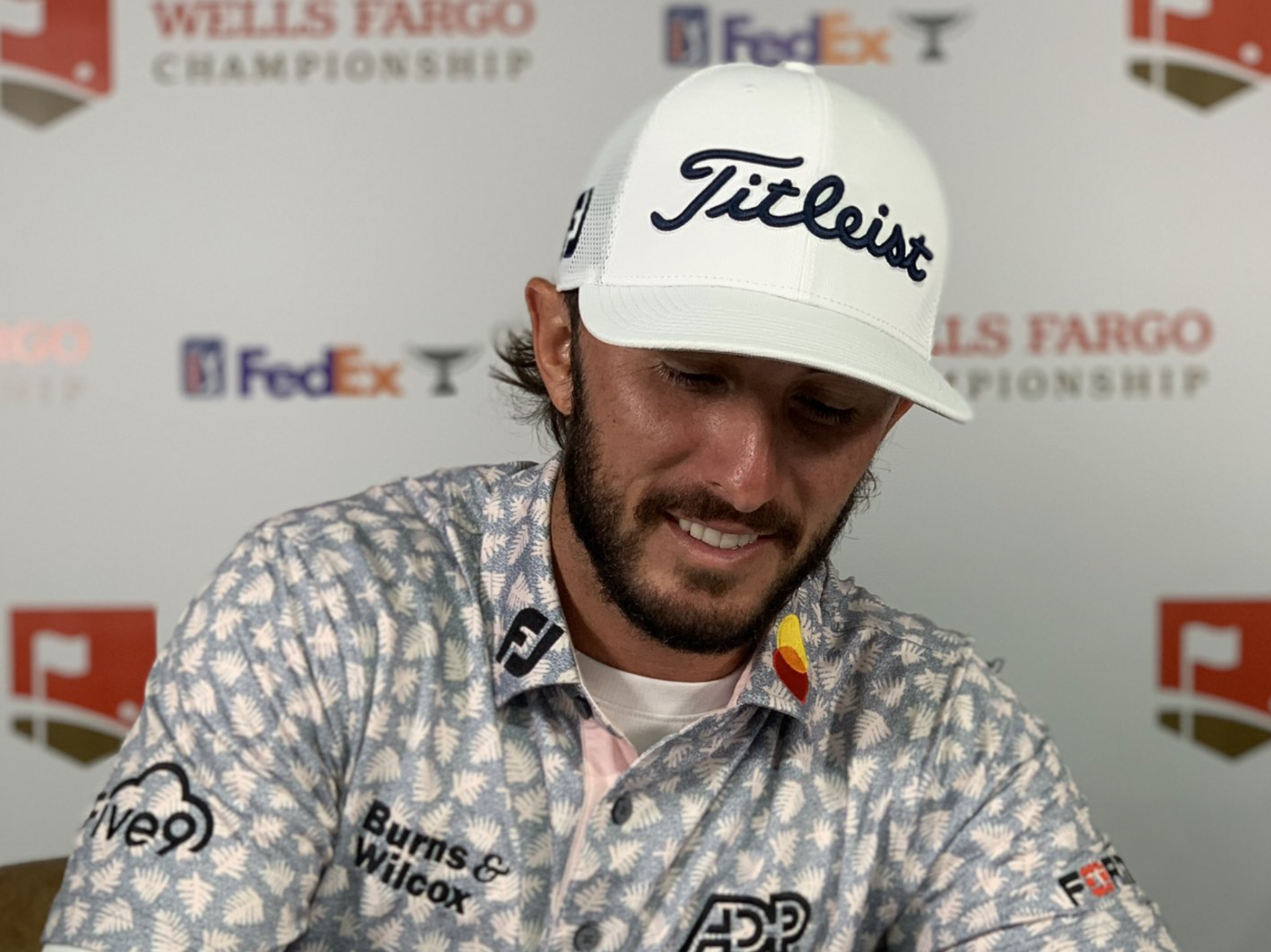 On the day that Brooks Koepka confirmed golf’s worst-kept secret by joining the LIV Golf Series, and Collin Morikawa told us he pours milk before adding cereal, Twitter guru Max Homa decided to have a bit of fun at the rebel tour’s expense.

The World Number 23 has voiced his support for the PGA Tour over the past months, initially commenting at Riviera:

“What I do know about is the PGA Tour. I’ve played it for a little over a handful of years, and it’s created some really awesome memories for me. So at the moment I would say I’m pretty biased, I very much enjoy playing out here. I think they’ve done a great job of giving us an opportunity to compete for something we love. And if you do love money, too, we play for a lot of that out here, too. It’s not so bad.”

In May, the 32-year-old was asked what he knew of the offers made to then current PGA Tour players, and replied he knew “absolutely nothing about what’s going on”, while also adding that the blow-out and excessive media attention was “exhausting”.

Yesterday, he cranked it up a notch by following the lead from Rory McIlroy and suggesting it was all about money, and money only with a sly, but amusing tweet.

With LIV players Dustin Johnson and Phil Mickelson accepting huge amounts of money to join the Tour, this was a simple but effective tweet that may suggest the four-time PGA Tour winner has been approached several times. He would, after all, be a huge draw, with a recent win at the Wells Fargo, 11 made cuts in a row and over 400k Twitter followers.

For now, and after the PGA Tour confirmed several no-cut limited-field events, it looks like Max is staying with the crowd. 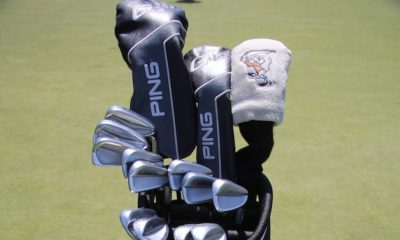 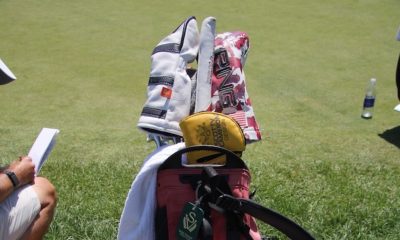 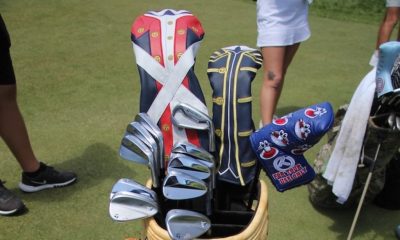 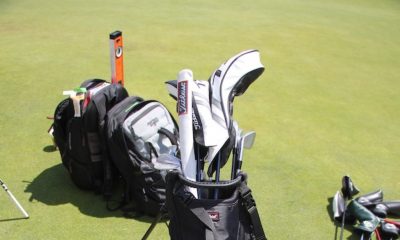 Maxwell Moldovan what’s in the bag accurate as of the U.S. Open. More photos from the event here. Driver: Titleist...