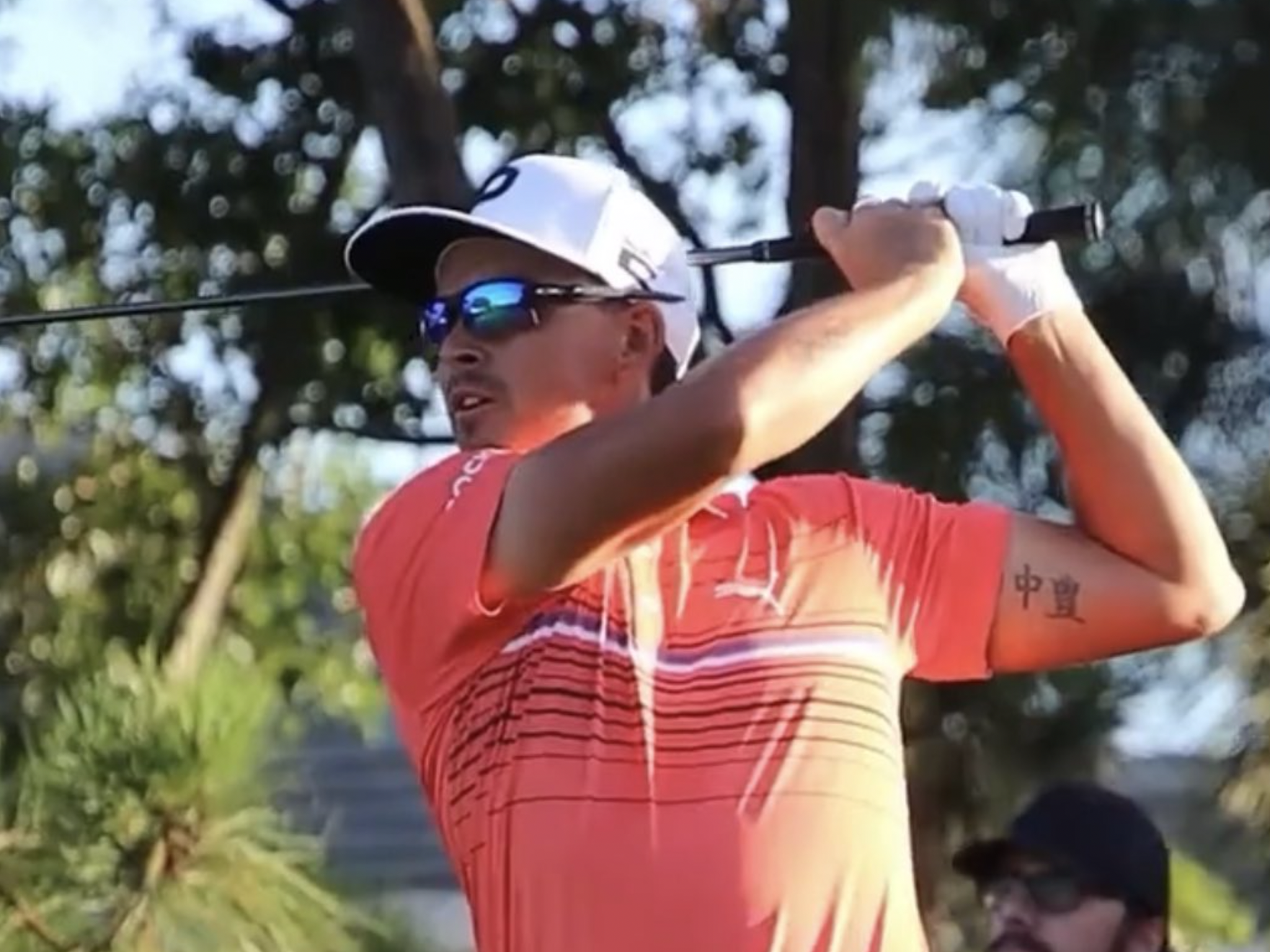 For the second year in succession, Rickie Fowler will likely not be teeing it up at the U.S. Open, which takes place next week at The Country Club in Brookline.

Monday began with Rickie Fowler’s name in the headlines, albeit not for his appearance at the U.S Open qualifying event in Jupiter, Florida.

Early in the day, Golf Channel’s Rich Lerner broke the news that Phil Mickelson and Rickie Fowler would both be joining the Saudi-backed LIV Golf Series. Sure enough, soon after, Mickelson officially announced his participation in the opening event to take place this week in London.

With the golf world waiting on Fowler’s status, the 33-year-old set about qualifying for the year’s third major, getting off to a disastrous start.

With just four spots up for grabs in Jupiter, Fowler almost played himself out of contention early on, playing the opening four holes in three over par. The Californian then rallied on his back nine with four birdies before carding a double on his last hole to sign for an opening round of 2-over.

Needing something special in his second round, Fowler gave himself hope, getting to 3-under for his round through 12 holes. A bogey on 13 looked to put pay to his chances before late rallying birdies on 16 and 17 meant that a birdie on his final hole would take him into a playoff against amateur Fred Biondi to determine who would take their spot in next week’s event.

Fowler looked set to complete the fine comeback, with 8 feet for birdie separating himself from the playoff. Unfortunately, what happened next was not in the script, with Fowler lipping out the putt to seemingly end his U.S. Open qualifying hopes.

A lip out away from playing in the US Open. I should’ve prepared myself for this. pic.twitter.com/obYVcR6NrQ

Ironically, it would be the second major of the year that Rickie has missed out on playing thanks to a lip out after a missed par putt on the 72nd hole at last year’s PGA Championship caught a piece of the hole but refused to drop to cost him a place in this year’s Masters tournament.

Following his final round on Monday, Golf Channel’s Ryan Lavner spoke to Fowler, who rued his opening round but stated that he was encouraged with the way he performed during the final round.

Fowler revealed to Lavner that he was looking forward to taking some time off following an appearance at his sponsor’s Puma HQ on Tuesday and that his stance has still not changed on the “intriguing” LIV Golf option.

In a late twist, however, Fowler arrived back at the course on Tuesday morning in a bid to grab an alternate spot in next week’s field.

With two of the contenders not bothering to turn up, Fowler had a couple of men to beat in Steve Marino and Tom Lewis, and he did just that with a birdie on the fourth extra hole, to take first alternate spot.

Fowler with a birdie on the fourth playoff hole to secure the first alternate spot. pic.twitter.com/Vtprcxgn56

Maybe we will still see Rickie at Brookline next week! 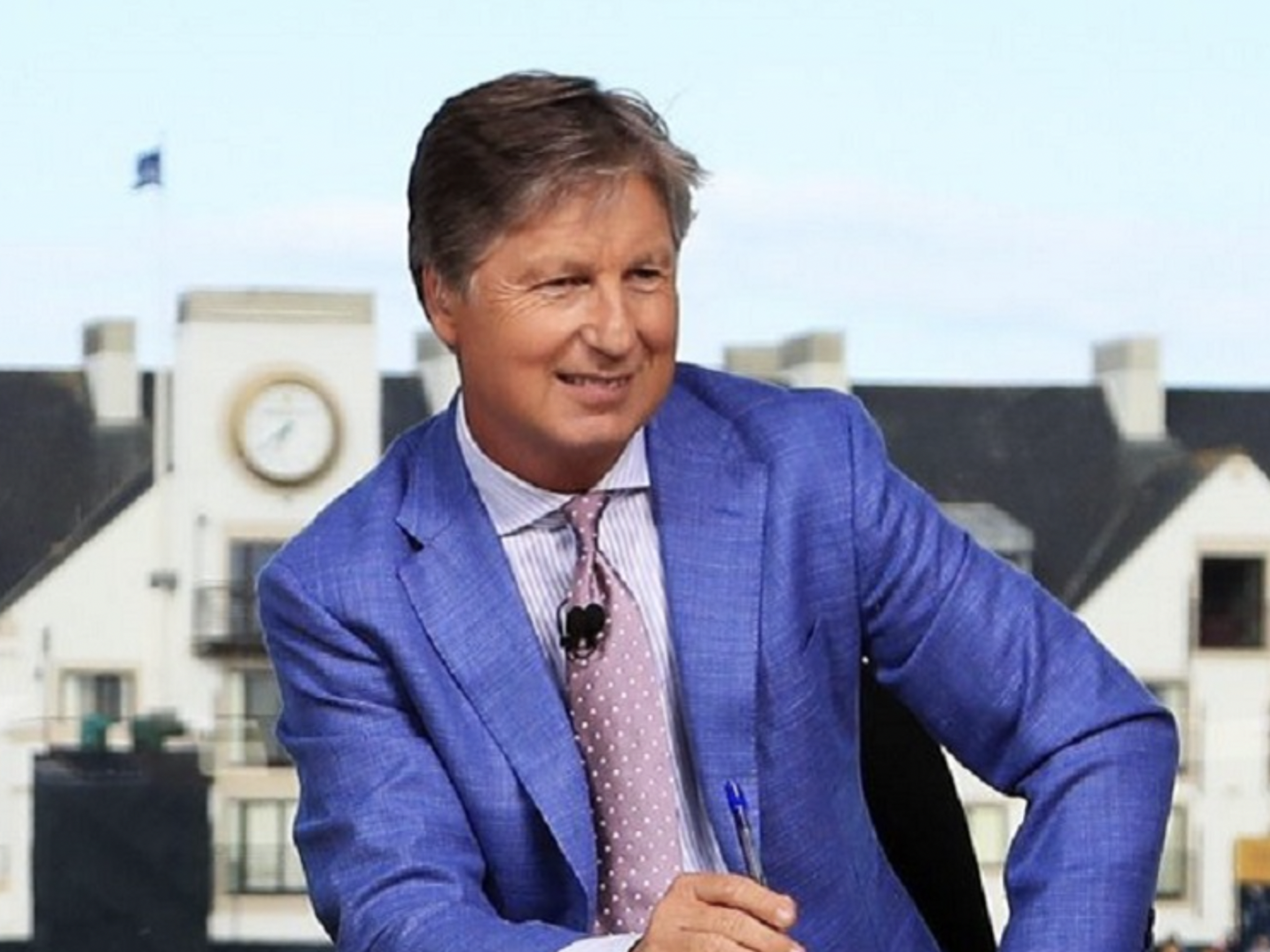 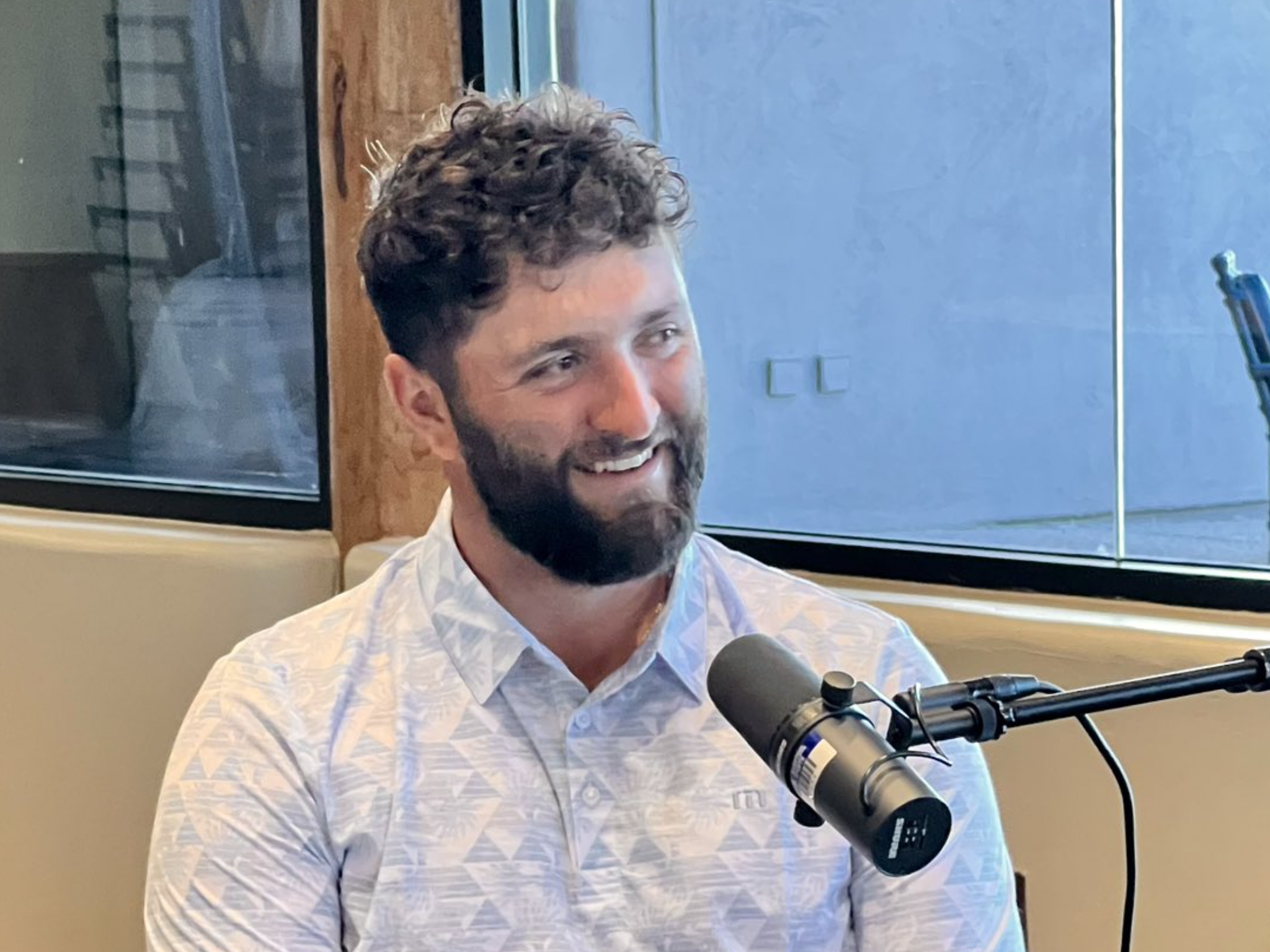 The distance debate in golf has been rumbling on for years, and now one of the most dominant players in the sport has had his say.

According to Jon Rahm, players getting bigger and stronger has been the most important factor when it comes to the steady increase in driving distance on the PGA Tour.

While speaking on the Fore Play Podcast, “Rahmbo” gave his thoughts on the debate in golf: have we gone too far with distance?

Jon Rahm’s take on the distance conversation. Do you agree? pic.twitter.com/OWTZ4i3TwN

“Technology is just a little bit better. I get it, but overall, we’re all better athletes. It happens in every single sport. There’s actually a tech talk about how much better athletes are nowadays for the most part, but then technology is allowing for these things.

“They said, if Jesse Owens and Usain Bolt on their records would have run together, the difference would have been minimal, minimal right, and that was in 1936. So compared to user involvement in 2009 I mean, just think about (American) football players, it’s the same thing. Basketball hasn’t changed since the 80s, so it’s going to happen to every sport. Tennis, you watch McEnroe to how they’re playing Wimbledon. It’s a completely different sport.”

“Now, in our case, I think what they’re doing, which is trying to stretch golf courses, is only going to feed into people hitting it longer, period. It’s getting to a point where if you have long rough and 520 yard par 4s, you’re going to need to hit it 340 because otherwise you’re not going to get to the green in any other way.

“So they’re feeding it into us that we are needing to hit it longer. And I think it hinders the game when they try to roll back the ball and change things, with the technology of the clubs. We’re going to get to a point where I will be the smallest on Tour. You’re gonna get people who are six-foot-five, JJ Watt looking people, who are going to be hitting it 380 down the centre, like it’s eventually going to get to something like that.”

Eddie Pepperell and Padraig Harrington weighed in on Rahm’s comments via Twitter.

I wonder if by rolling the ball back, bigger hitters gain an even bigger advantage as they would be hitting 7 irons into a green where a short hitter will be hitting a 5 iron, and that’ll create a bigger gap in proximity to hole than from the current 9i to 7i, for eg..

Distance needs rolling back for many reasons,skill,course capital cost,maintenance cost,keeping great old courses relevant and safety. But it’ll be a big advantage for long hitters. As well as above its much easier to keep the ball in the park at 300 yards verses 330.

Whether or not you agree with Rahm, the distance debate doesn’t seem to be ending anytime soon. 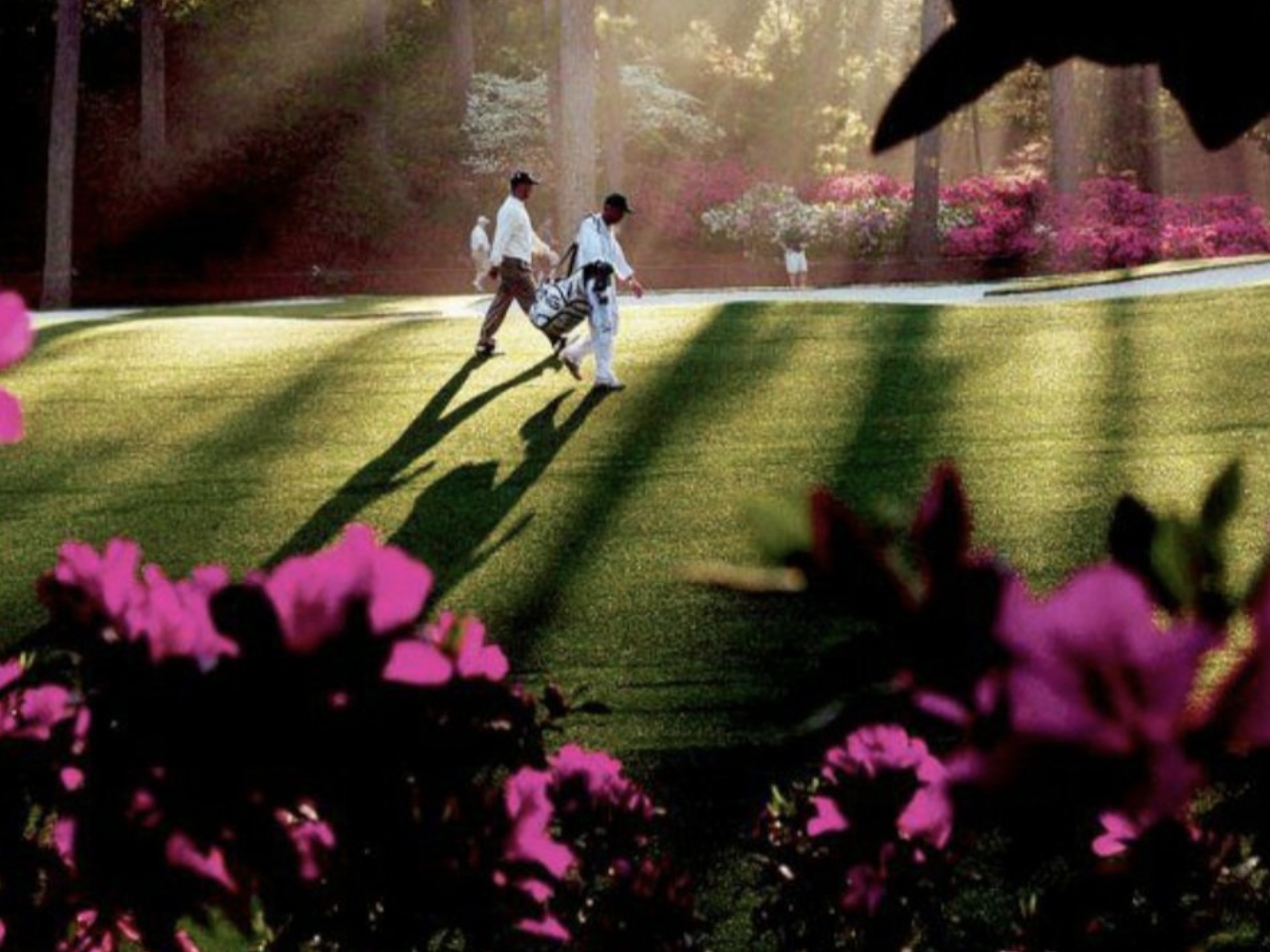 It’s no surprise that just a couple of weeks away from LIV’s first event of 2023, they are in the news at every opportunity.

On Saturday, golf bloggers @Tour_Junkies tweeted a bit of a shocker:

The rumor mill around Augusta is reaching a fever pitch. I've had 3 different people come up to me & tell me about a LIV land purchase on the other side of the Savannah River (<10 minutes from ANGC)

The tweet received nearly 70,000 views but replies varied from the shocked to those denying it ever happened.

The suggestion was that the pairing of Ben Crenshaw and Bill Coore would be involved in the design for LIV, but that was yet another rumor denied by many on the social media site.

Instead, a few hours later, Tour Junkies revealed the land may have been bought by another organisation, this time, Shell and Augusta National themselves:

Almost three years ago, businessinsider.com revealed Augusta has spent $200 million snapping up land surrounding the golf course over the past 20 years, so this new purchase may simply be one of many, revealed simply as nothing seems hidden in this internet age.

However, and here goes yet another golfing rumor, the land is said to have been purchased to host a Women’s Masters in the future – something unheard of in previous years, but yet another potential addition to the recently enhanced LPGA tour, now with a total prize fund of over $100 million.

For that, Augusta may well enlist former Masters champion Crenshaw and his partner. 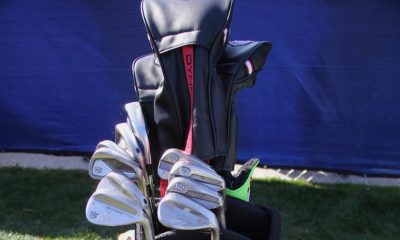