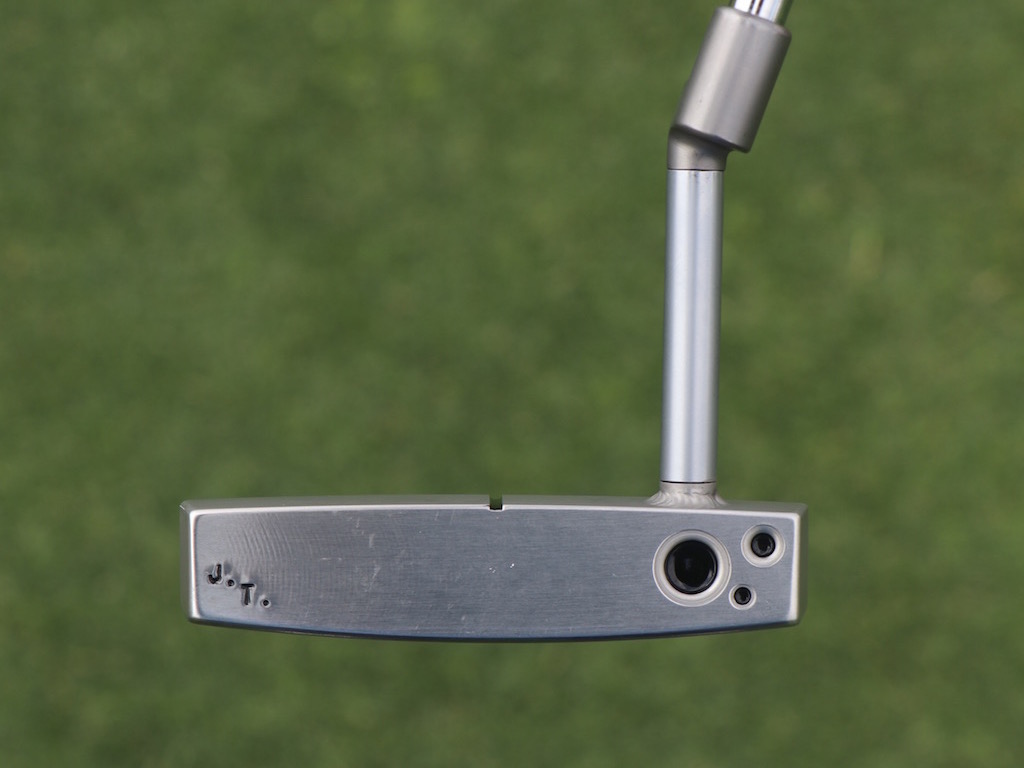 The PGA Tour is in McKinney, Texas this week for the 2022 AT&T Byron Nelson at TPC Craig Ranch, where players will have their final opportunities to tune up for the year’s second major, or to qualify for the event if they haven’t already.

It’s the proverbial calm before the PGA Championship storm next week at Southern Hills in Tulsa, Oklahoma. Of course, there’s nothing calm about the Texas wind this week, but you get the point.

As always, GolfWRX was live on site ahead of the Byron Nelson to take a look into players’ bags and see what gear they’re playing, and why.

Let’s dive right into this week’s Tour Report from Texas.

Following his fourth career PGA Tour victory, Max Homa joined our Two Guys Talking Golf (TG2) podcast to speak on his latest Titleist gear changes, his dream celebrity foursome, and what it feels like to win on the PGA Tour. As a biased co-host of the show, I suggest listening to the entire episode, but if you’re only in it for the Homa interview (understandable), skip to the 41:10 mark in the SoundCloud embed above. Or, check it out on YouTube here. 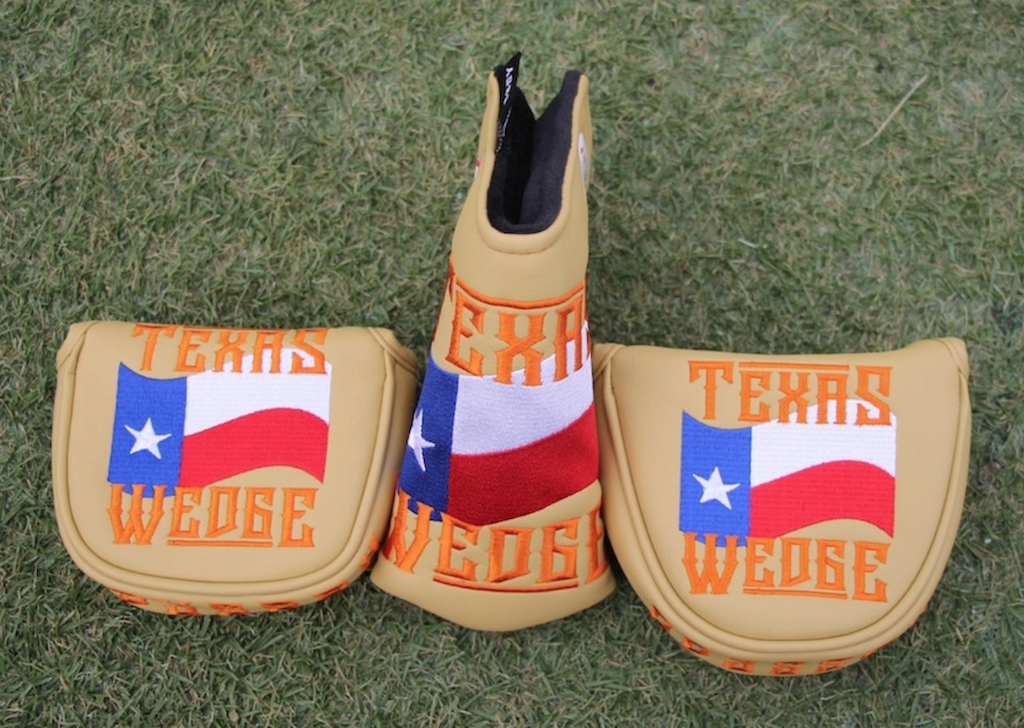 With the dry and windy conditions in Texas, the “Texas wedge” is more of an option this week than usual. For those who may not get the reference, a “Texas wedge” is when you decide to use a putter from off the green rather than chipping the ball into the air. Personally, as someone who has struggled with his chipping in recent years, the Texas wedge can be a savior of wasted strokes around the green.

Need work on your chipping? Check out this GolfWRX article: 5 “secrets” to improve your wedge game. 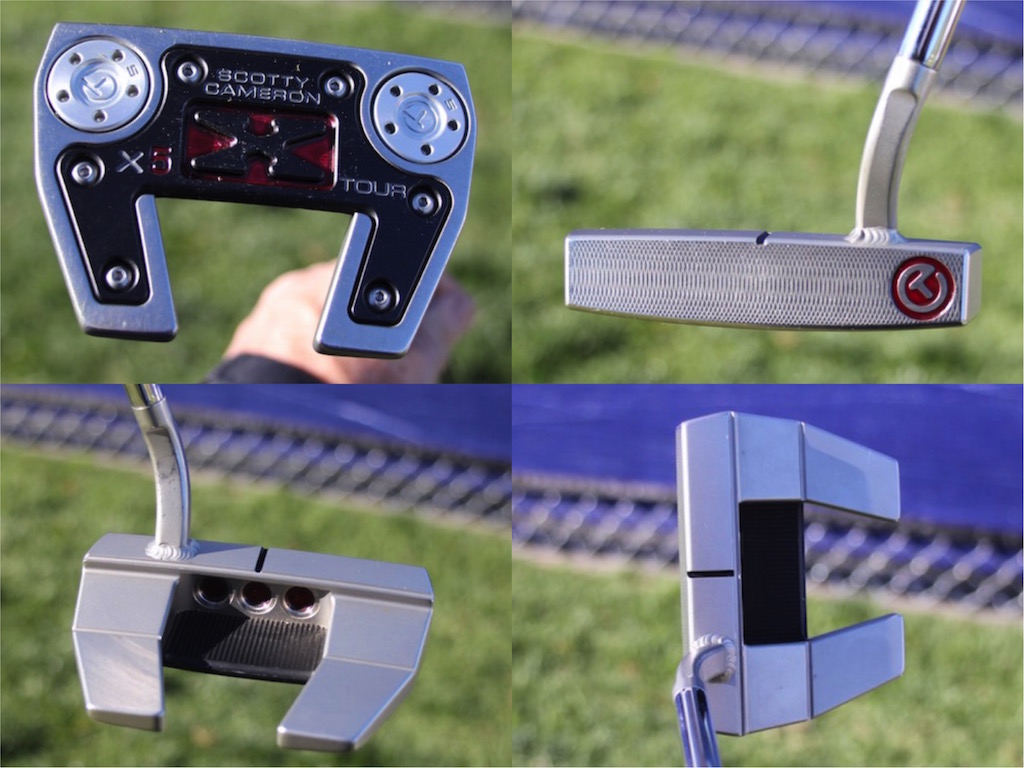 Justin Thomas has won 14 times on the PGA Tour, and most of his victories have come using the Scotty Cameron X5 Tour putter pictured above. Take particular note of the back cavity, the short slant neck, and the milled face.

Despite his prodigious performance with the trusty X5, Thomas came to the 2022 AT&T Byron Nelson with a new putter in the bag. Pictured below, it’s an ultra-custom Scotty Cameron T5 prototype. 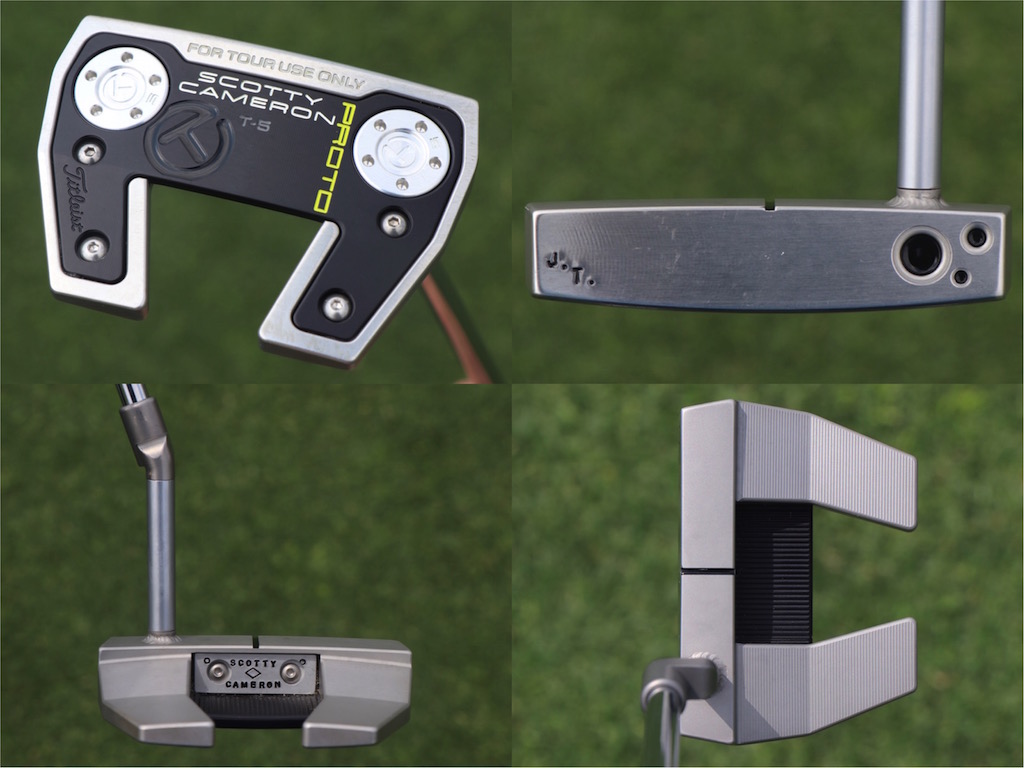 While the head shape is nearly identical to his previous gamer, it has smoother milling marks on the face, a plumbers “knuckle” neck, and a plate added to the back cavity.

The “knuckle” neck features a silvered-out shaft piece that helps extend the neck to give Thomas the look and feel that he wants. The slightly different toe hang compared to his previous gamer works to help stabilize the face better throughout his stroke for a more consistent strike and starting direction, according to Scotty Cameron tour rep Drew Page. 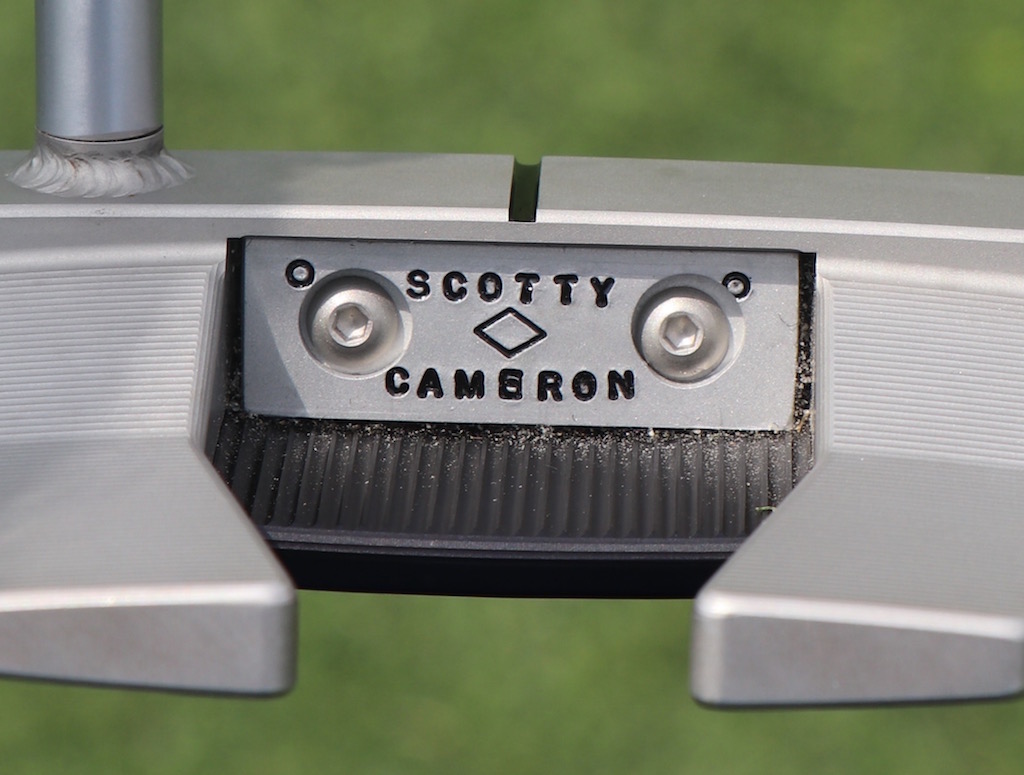 The lightweight aluminum back plating in the cavity helps provide the right sound for Thomas. Back at the 2021 British Open, Thomas put a similar prototype putter into play that didn’t have the back plating, and he was looking for a slightly different sound.

“He started working with a knuckle neck last year before the British Open,” Page told GolfWRX on Tuesday. “He put the first version of it in play at the British Open. Then afterwards he came back with feedback for us, what he liked, what he didn’t like, and what he wanted to see out of it. We were able to create that…

“He was like, ‘Alright lets get into current product,’ so that’s why we went that direction. He can see something new, and he knew if he does get into it as a full time thing, there’s no shortage of current product to get, or head shapes, or new heads in that line if we want to alter necks. 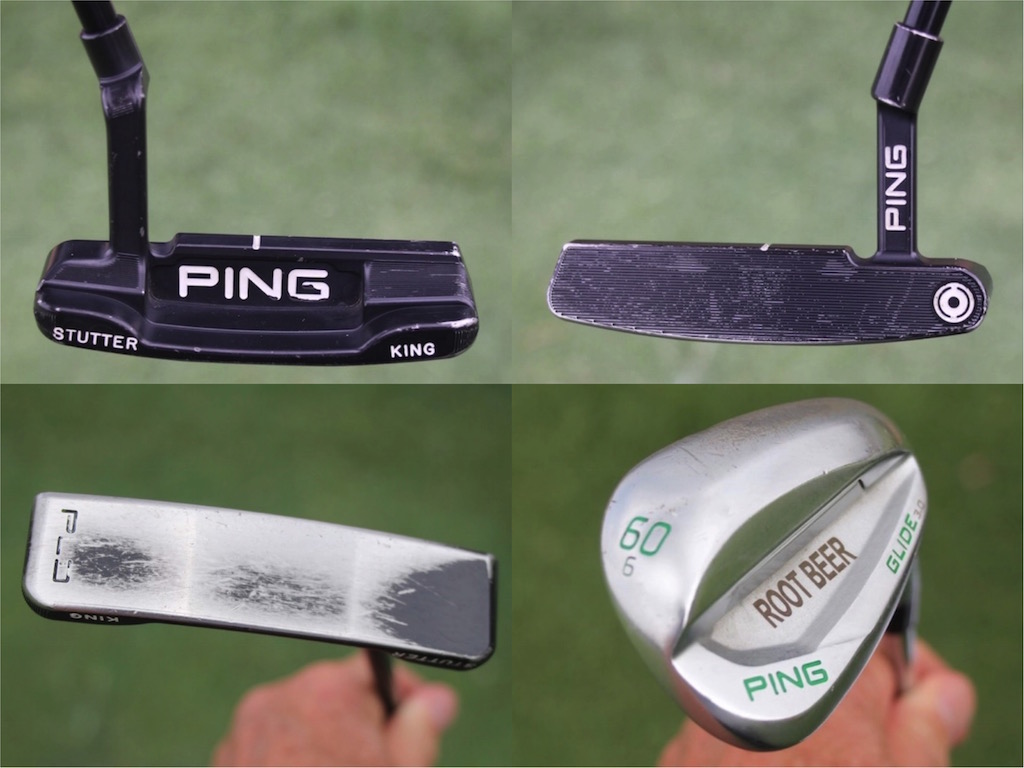 Cooper Dossey, a Ping staffer playing in the 2022 AT&T Byron Nelson, speaks with a slight stutter when saying certain words (such as “root beer”), or in certain situations.

Rather than shying away from the speech impediment, Dossey embraces it by stamping his Ping PLD putter with “Stutter King,” and stamping “Root Beer” on his Ping Glide wedge. 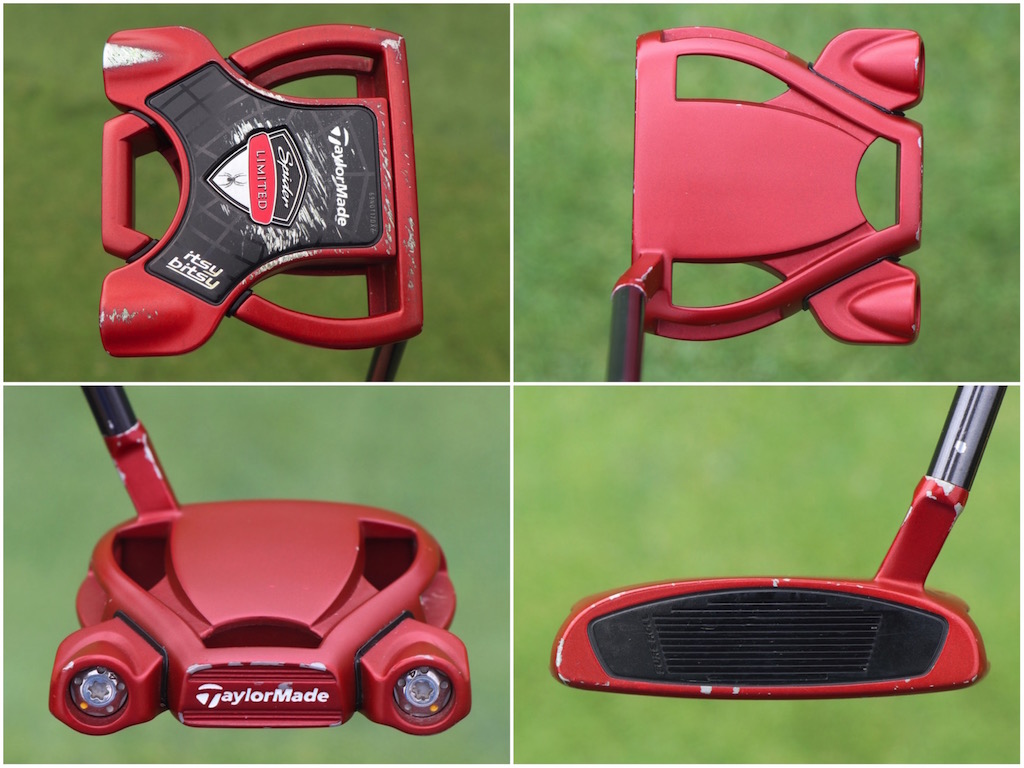 This week, we caught up with 2015 PGA Champion Jason Day to check out what clubs he’s using as an equipment free agent in 2022. Click here to see his full WITB.

Last week at the 2022 Wells Fargo Championship, Day switched back into his famous TaylorMade Spider Tour Limited Red putter that he popularized in 2016. Unfortunately, he’s since dropped the putter on a cart path and scratched the sole plate. Luckily, though, the putter still functions properly; it just has more character now. 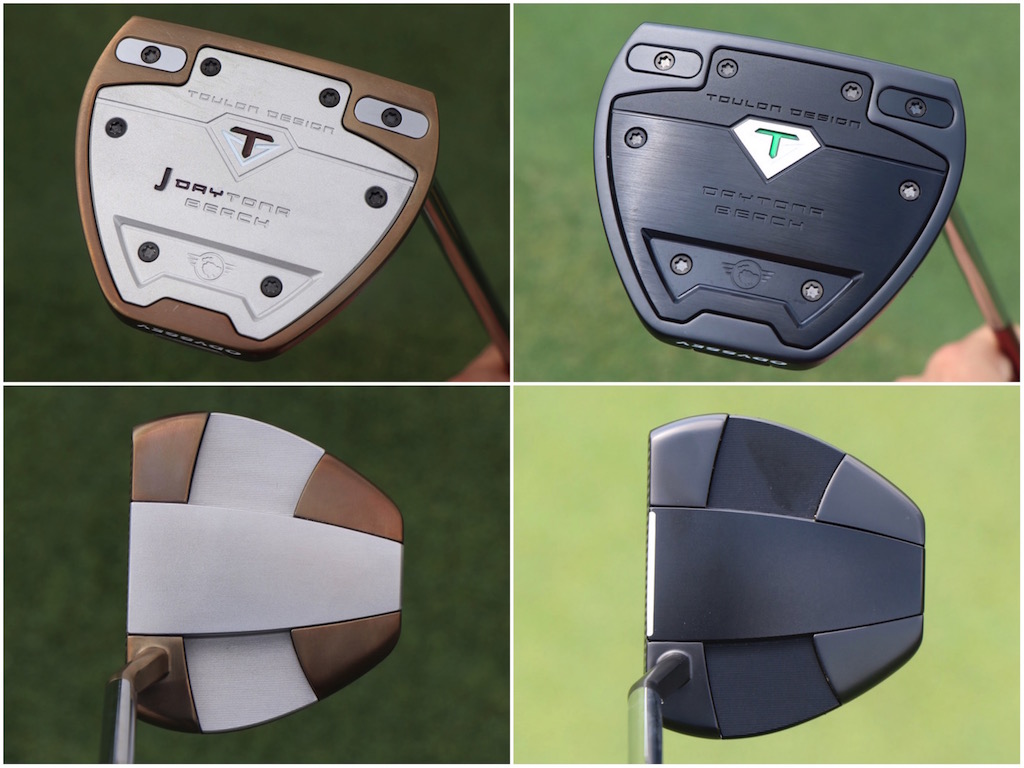 That wasn’t the only putter he had in the bag on Tuesday, though. Although he said he plans to continue using the red Spider, Day was also testing out two different Odyssey Toulon “J Daytona” mallet putters. 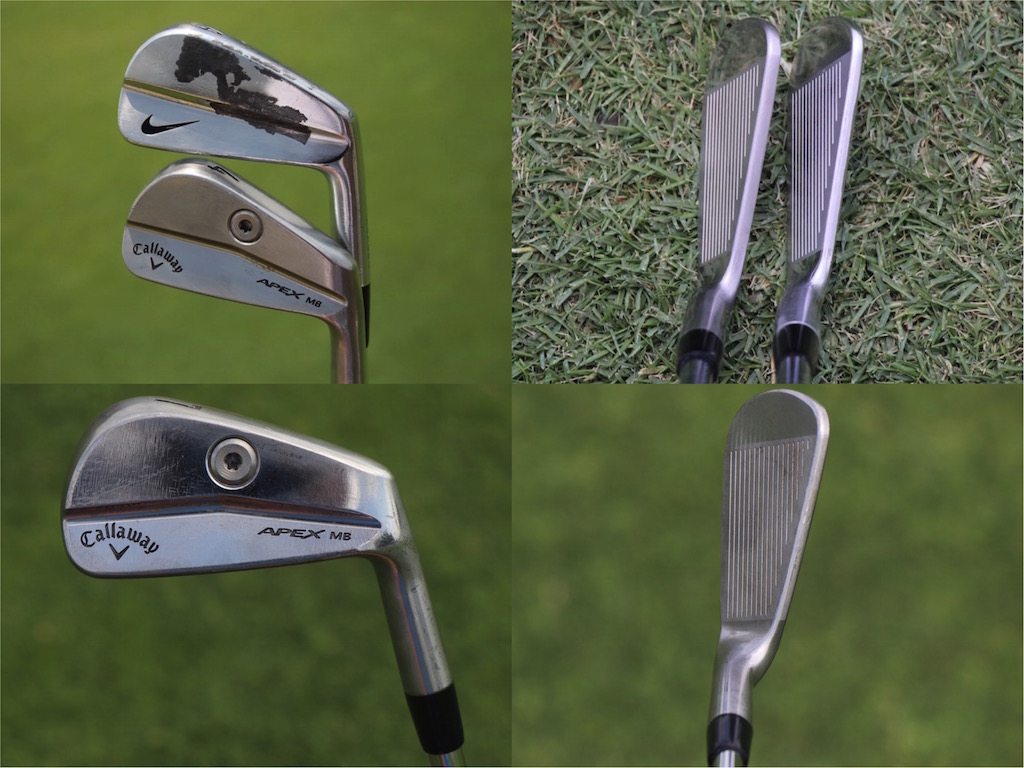 For most of his professional career, Maverick McNealy has gone back and forth between a set of Callaway Apex MB irons, and a set of Nike VR Pro blades that he’s used for years.

For the last year, however, McNealy and Callaway have been working on an ultra custom 1-of-1 set of Apex MB irons that more closely match the looks, feel and performance that McNealy is searching for.

This week at the 2022 AT&T Byron Nelson, McNealy unveiled the set for the first time on the PGA Tour.

Check out the full story behind the custom irons here.

Here’s a snippet of what McNealy had to say about the irons:

“We’re measuring offsets, impact height, location, lead groove height, there’s just so many little details that change the way you deliver the club, the way you feel it. The next thing we’re looking at is making sure every iron is spinning exactly the way we want through the bag especially with the new golf ball, the prototype golf ball (Chrome Soft X) that I’ve been playing from Callaway, which is awesome. It’s pretty cool to get to match an iron and a golf ball to hit exactly the flight I want to through the bag.”

Check out all of our photos of the irons. 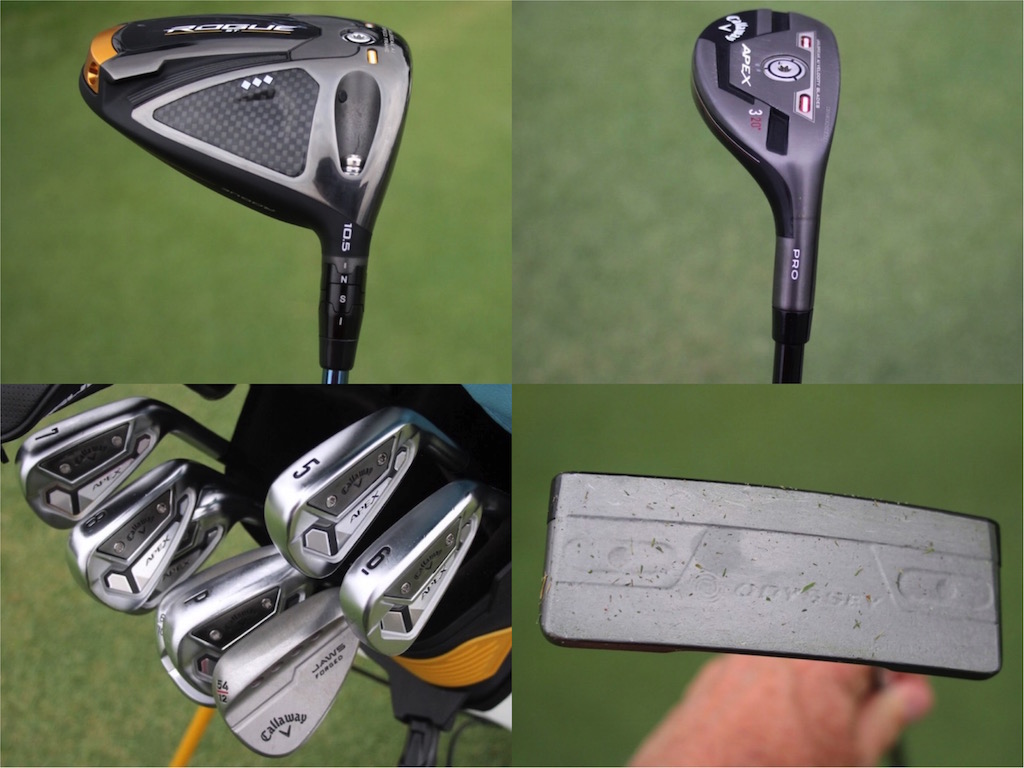 Justin Leonard, a 12-time PGA Tour winner from nearby Dallas, Texas, is playing in the AT&T Byron Nelson this week. The 49-year-old is now likely preparing for his Champion Tours debut in the near future, and nowadays he has a bag full of Callaway/Odyssey equipment. It’s always fun to see what clubs the legends decide to use as they continue into their later years in the game.

Make sure to check out his full 2022 WITB here.

And with that, we wrap up this week’s Tour Report from Texas. We’ll see you next week in Oklahoma for the 2022 PGA Championship!

Check out all of our photos from the 2022 AT&T Byron Nelson here. 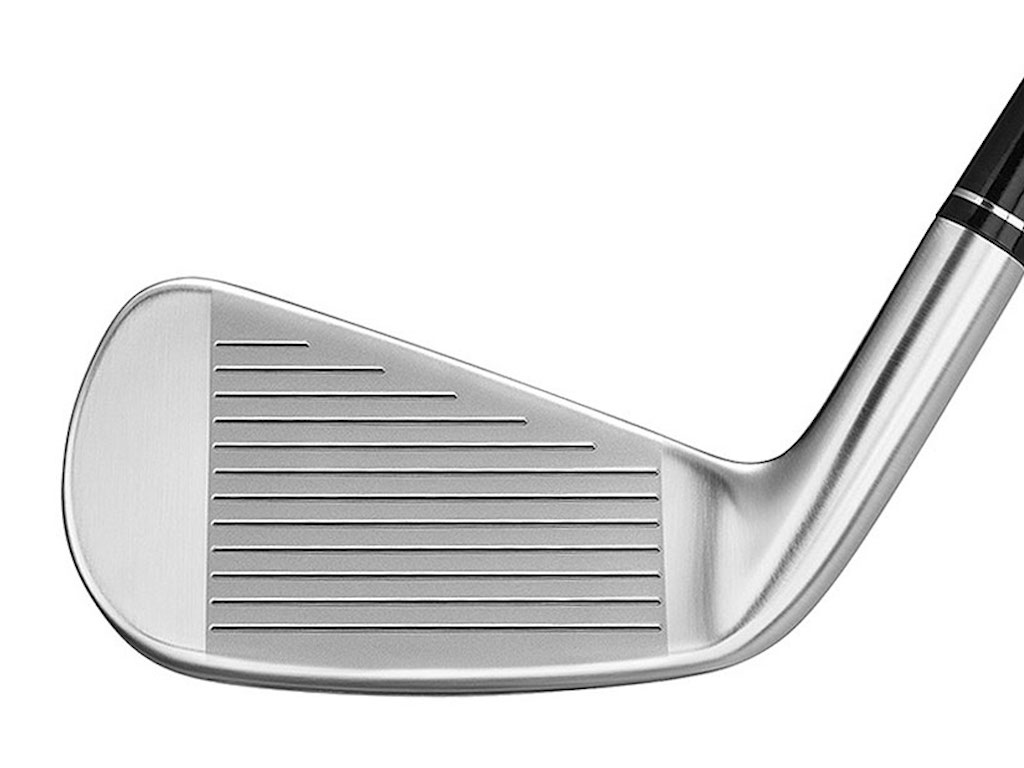 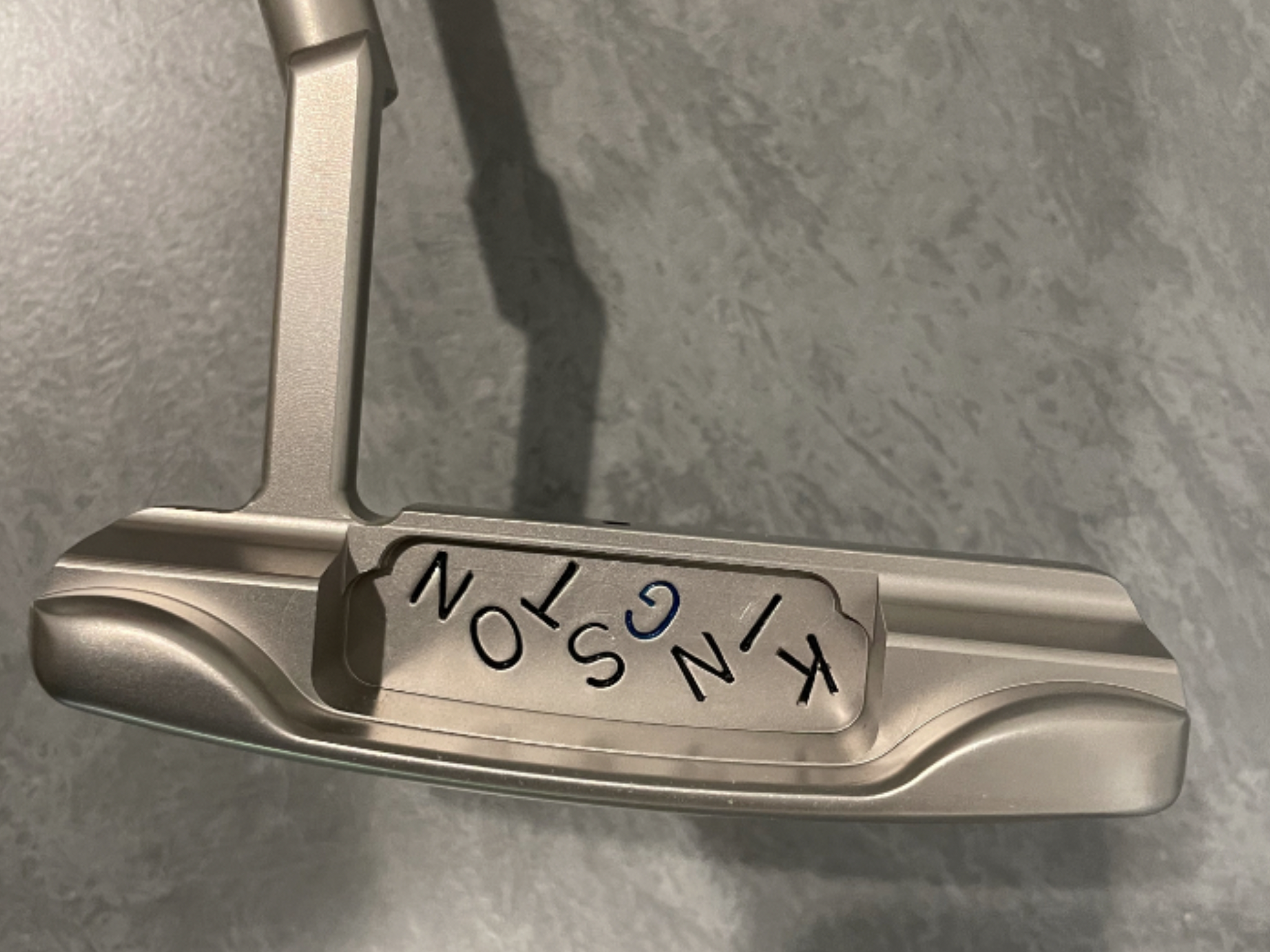 Currently, in our GolfWRX buy/sell/trade (BST) forum, there is a listing for a Kingston KP1 putter 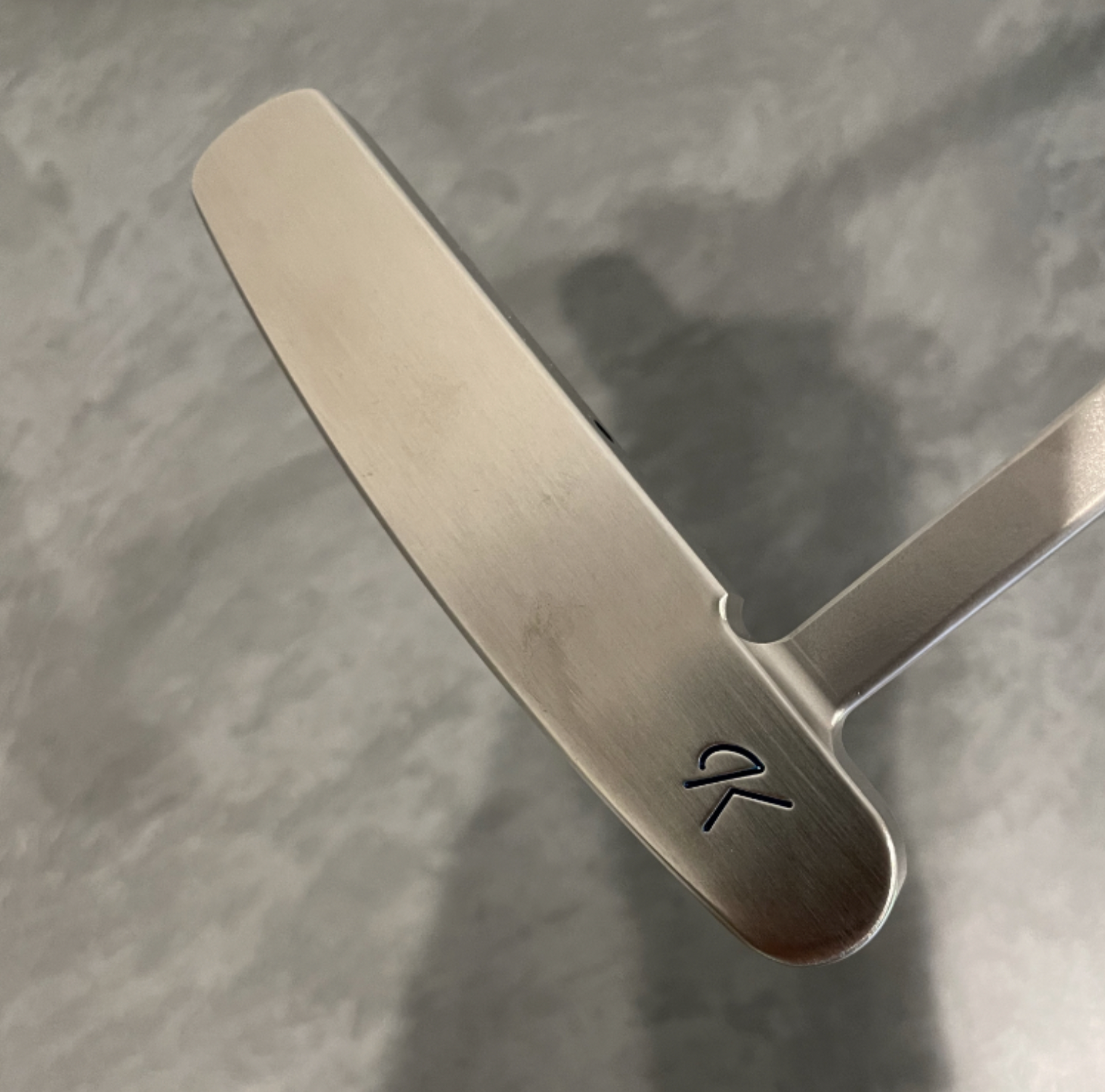 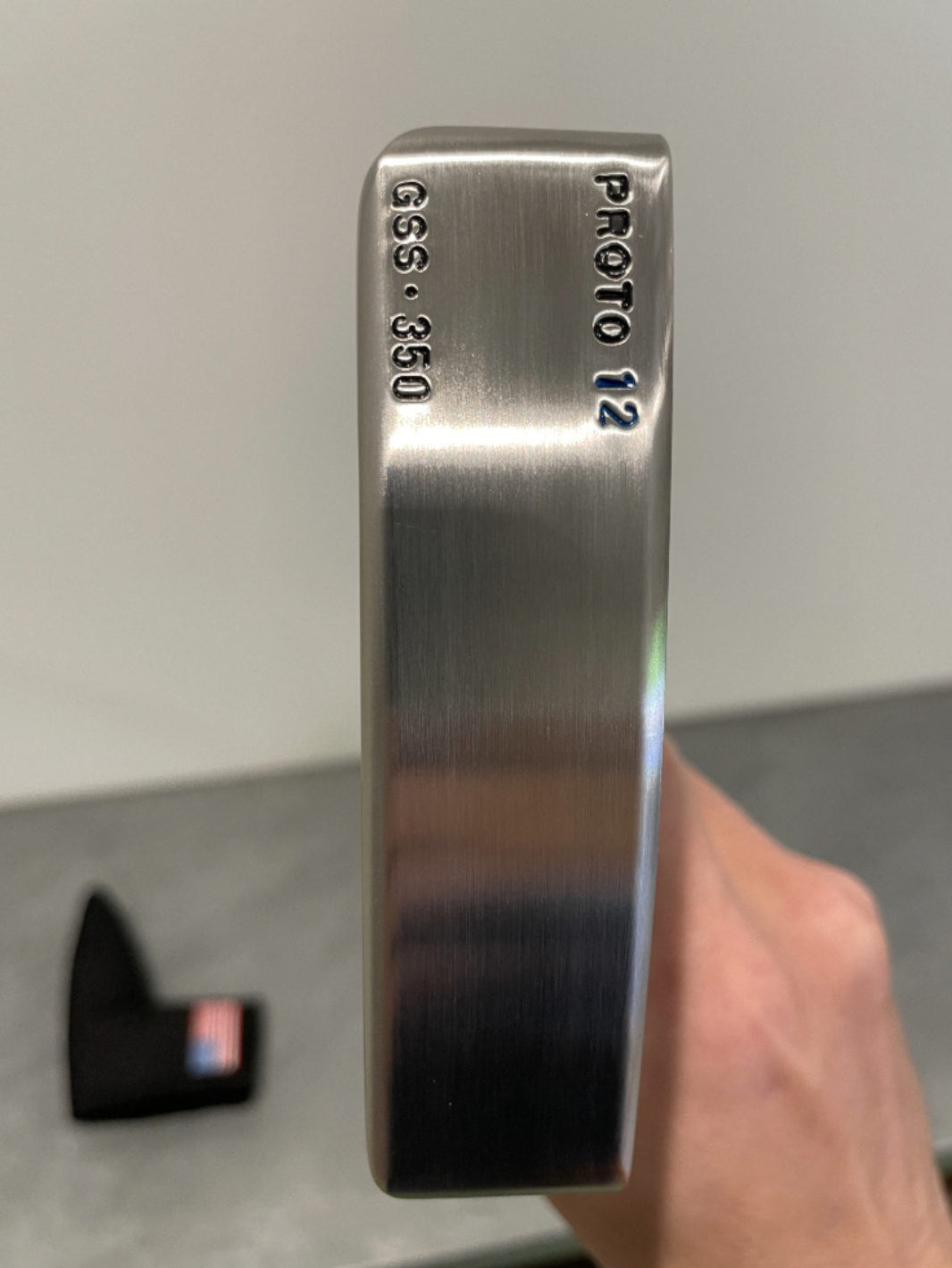 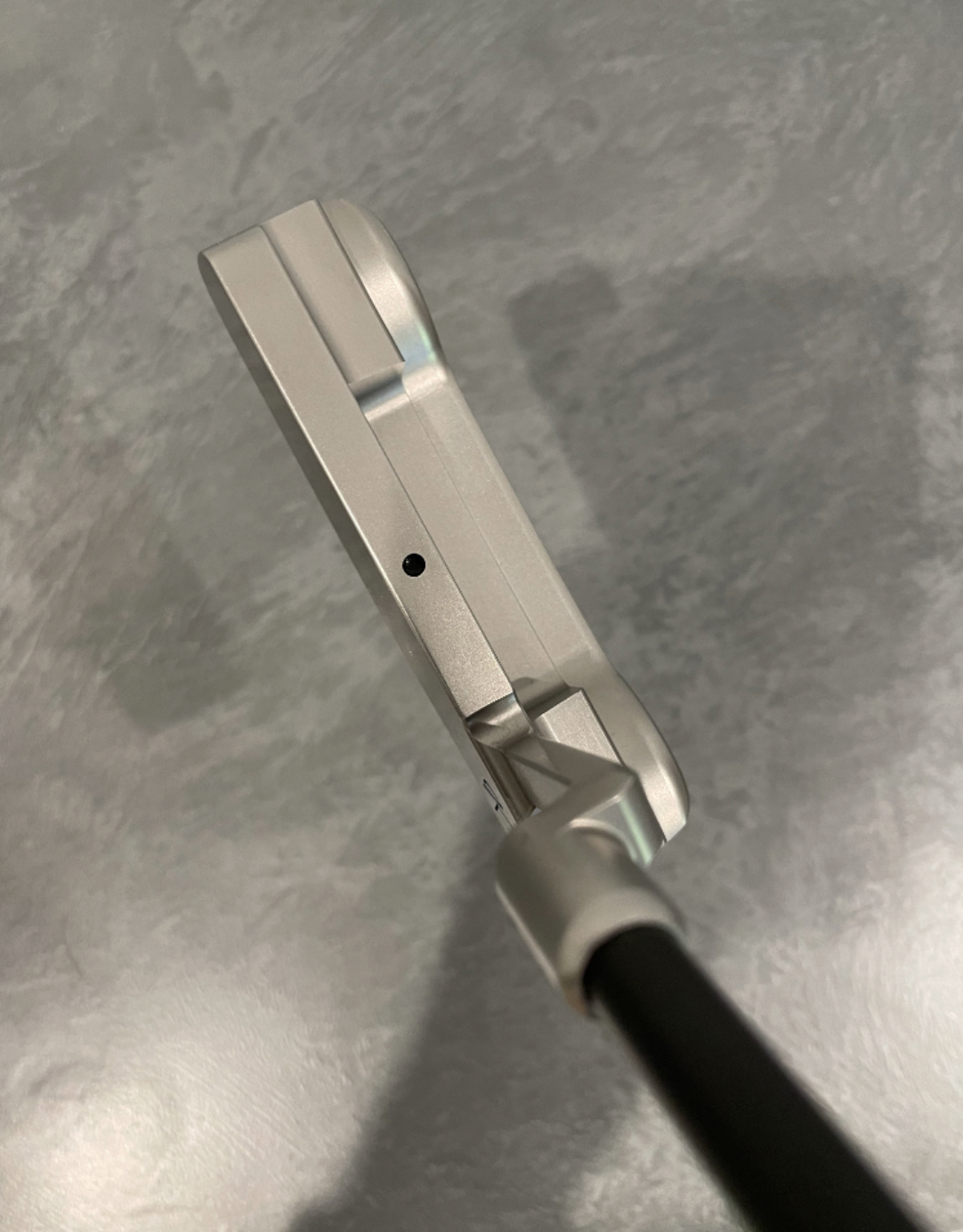 To check out the full listing in our BST forum, head through the link: Kingston KP1 putter 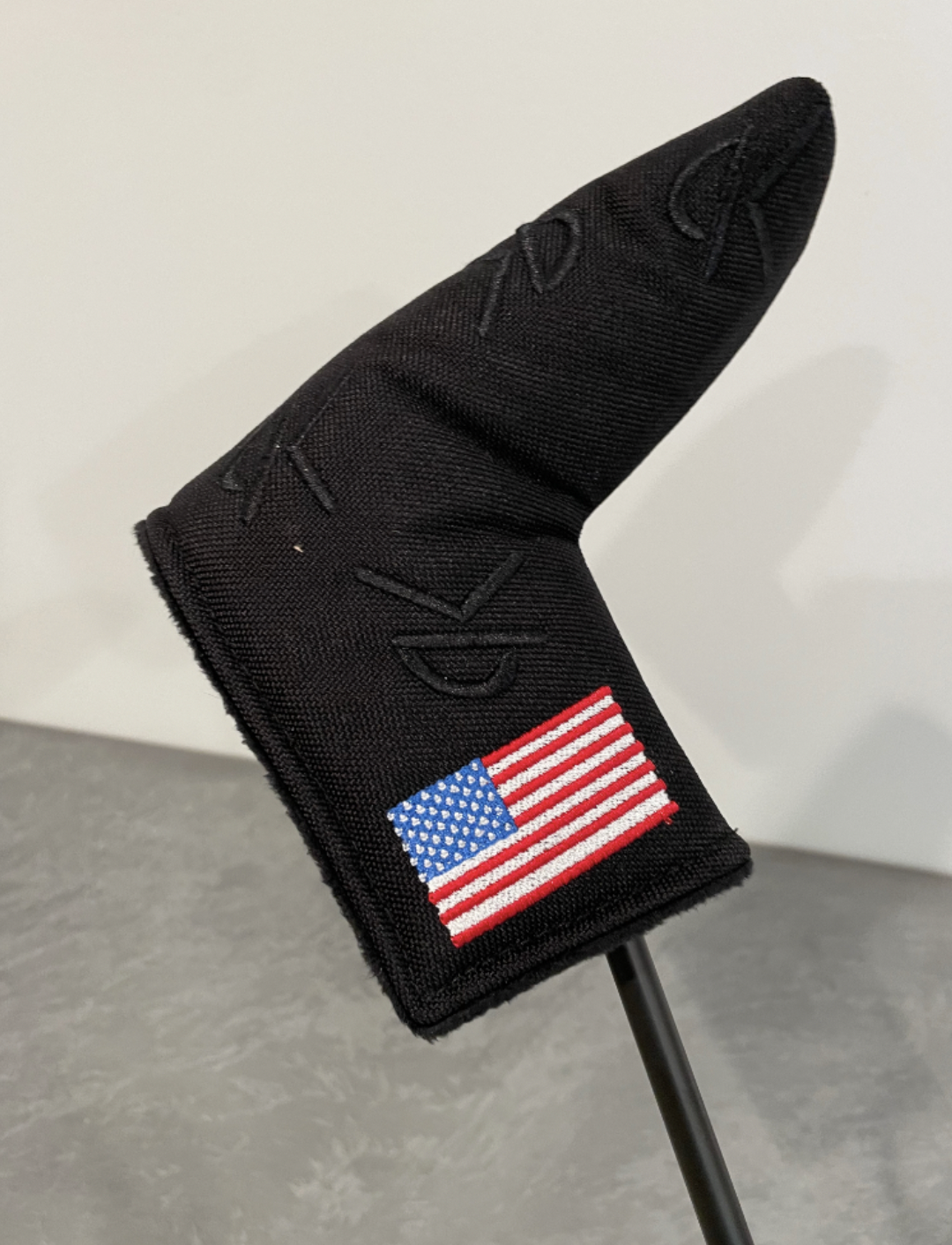 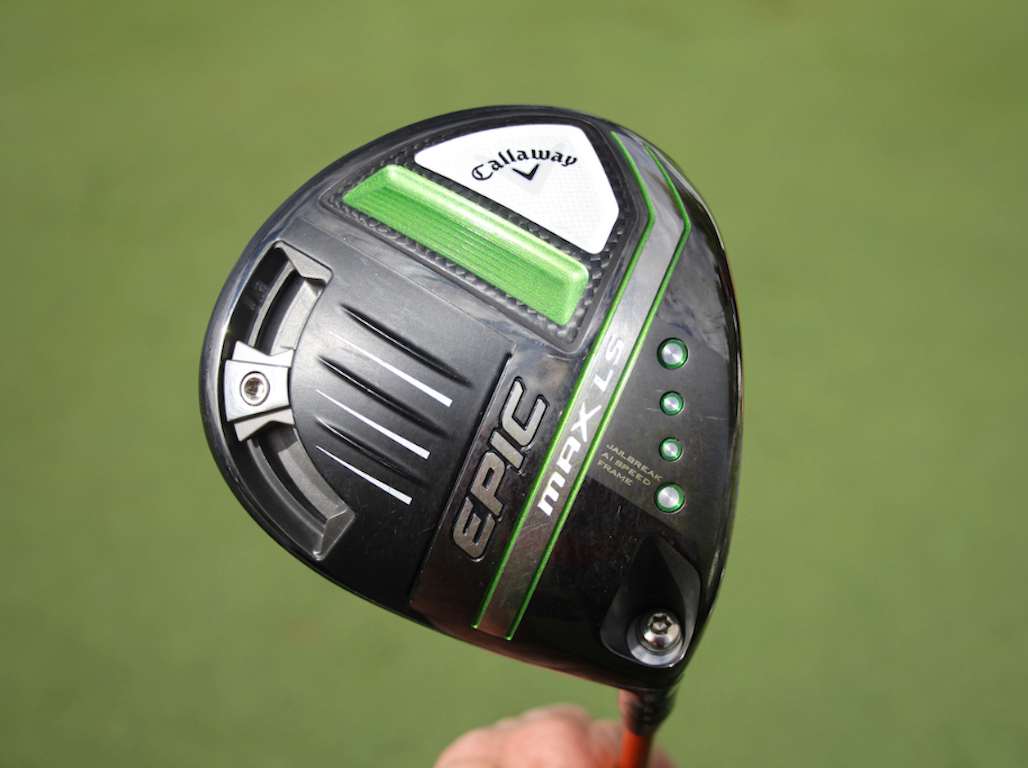 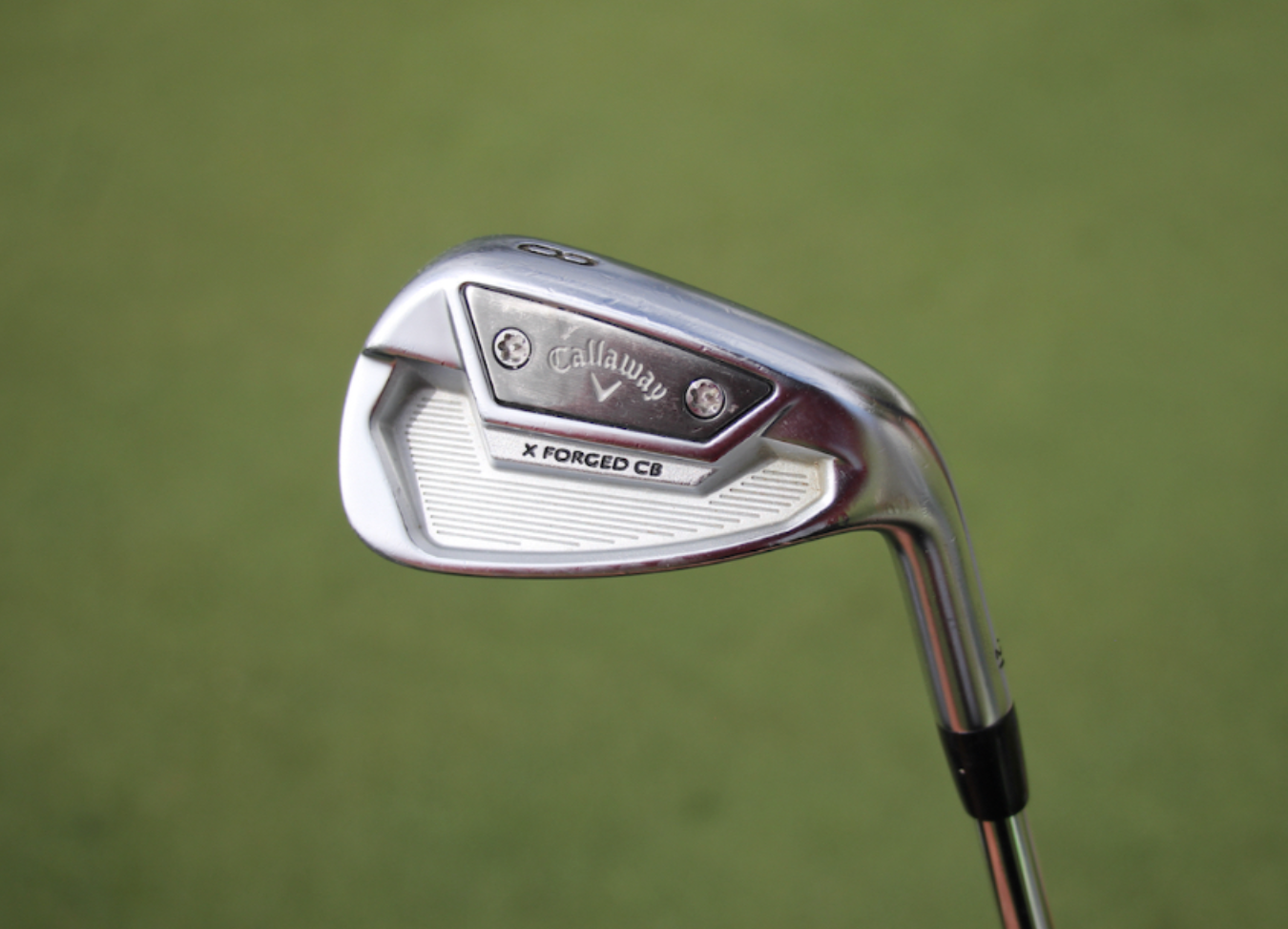