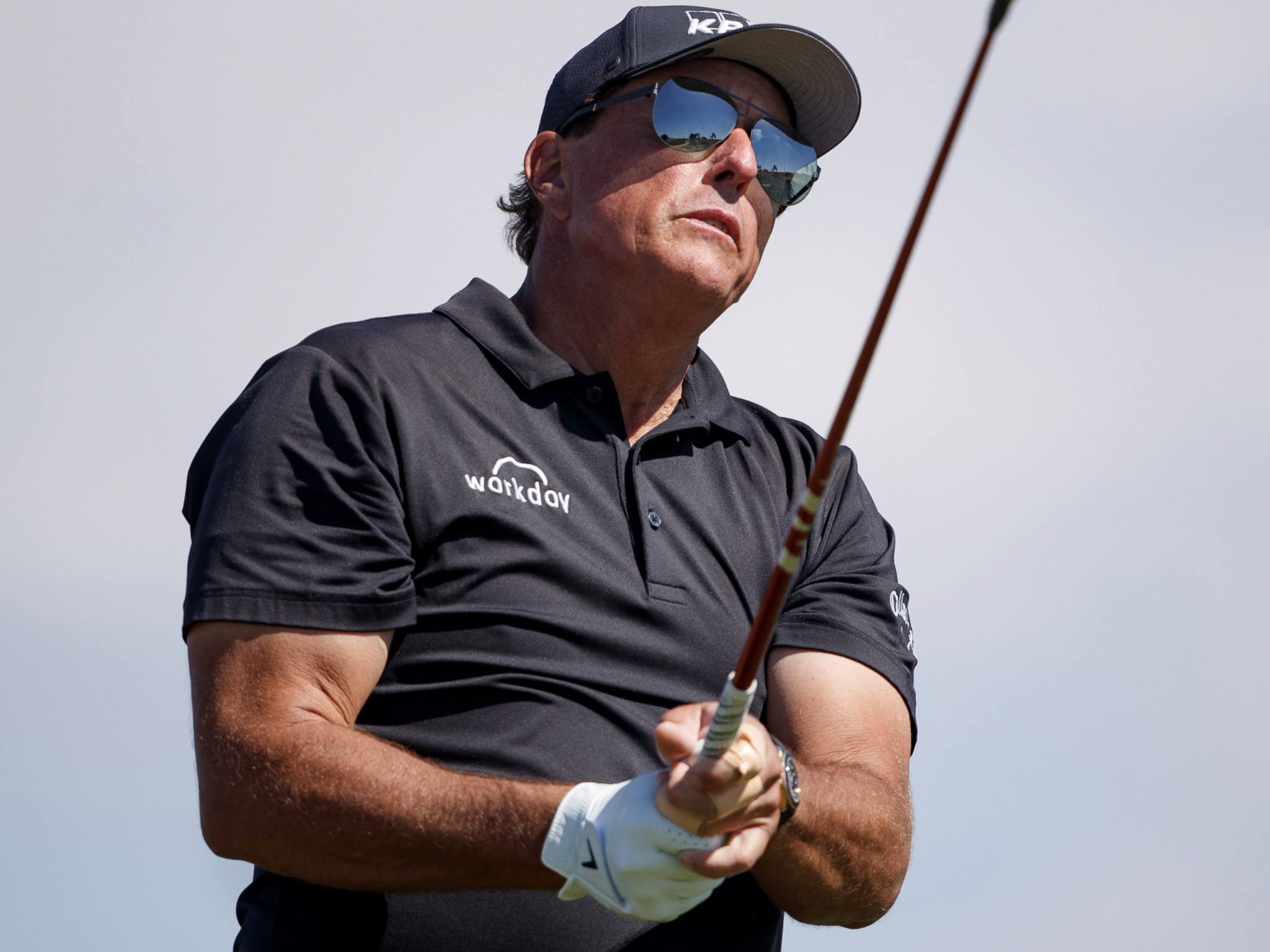 To clear up the most recent speculation, Phil Mickelson’s agents recently released a statement confirming his intention to defend his PGA Championship and take part in the US Open, the latter being the only major he has yet to win.

SportFive agency representative Steve Loy made the official announcement that:

“Our client Phil Mickelson is officially registered to play in the PGA Championship as well as the U.S. Open. We have also filed a request on his behalf for a release to play in the first LIV Golf Invitational in London, June 9 – 11. This request complies with the deadline of April 25 set forth by the PGA Tour to compete in a conflicting tour event.”

The statement continued with less certainty:

“Phil currently has no concrete plans on when and where he will play. Any actions taken are in no way a reflection of a final decision made, but rather to keep all options open.”

As per the statement, the 51-year-old has also officially requested a release from the PGA Tour in order to play at the opening event of the LIV Golf Invitational Series, something that a report in The Telegraph suggest has riled the PGA of America with the possible result that he is forced to withdraw from the defence at Southern Hills.

With the inaugural tournament taking place at the Centurion Club in London just a week before that illusive major at Brookline, and the increasing threat of legal action between the two sides, there is also speculation Mickelson may not attempt to complete the career grand slam.

The six-time major winner has had a torrid few months.

Initially promoting the Saudi golf league, a released conversation with a renown golf reporter revealed he believed he could use the threat of the new tour as leverage against the PGA Tour against their stance on media rights.

That led to something of a ‘no-man’s-land’ for Mickelson with the PGA Tour taking a stern stance against his comments, players distancing themselves from the lucrative prize-money on offer, and LIV chairman, Greg Norman, having to rehash initial plans.

The resulting furore led to Mickelson taking a self-enforced break from the PGA Tour and Norman admitting that:

“It was a kick in the teeth. There’s no question about it. It was a gut punch – we were so close. On that Tuesday we had our strength of field ready to go and the PGA Tour heard about this and threw a giant redwood tree in our roadway. And they did. There’s no question about it. They created a disruption by putting that information out, all those comments about Phil out there.”

With the latest statement seeming to confirm that the Saudi-backed tour has welcomed back Mickelson with an open-door policy, The Telegraph report that the 51-year-old received $30m up front and must appear in each Series event or accept the penalty of paying back a percentage of that fee and more.

Whilst PGA Tour commissioner Jay Monahan has suggested he will grant leave to tour members in order for them to play at the opener taking place opposite the Canadian Open, further agreement looks in doubt as the following events clash with the John Deere Classic and Rocket Mortgage Classic before three of the last five events also take place in the USA.

Last week, world number 1053, Robert Garrigus, confirmed his agreement to play in London, and whilst that caused a minor ripple, speculation then ramped up who has also agreed to play alongside Mickelson in June and beyond. Names such as Louis Oosthuizen, Sergio Garcia, Ian Poulter, Lee Westwood and Paul Casey have been banded about with suspicious regularity and with the opener just six weeks away, the rumour mill can only get more frenetic.

As for Mickelson, the year doesn’t seem to get any less cloudy and reporters continue to watch every move, with the veteran spotted on the course this week ahead of his expected comeback.

Rumors of Phil Mickelson’s demise have been greatly exaggerated. He had plenty of speed yesterday at Rancho Santa Fe Golf Club. pic.twitter.com/N3NhqwEA6v

It seems as if there is a fair way to go yet before any conclusion to this story. 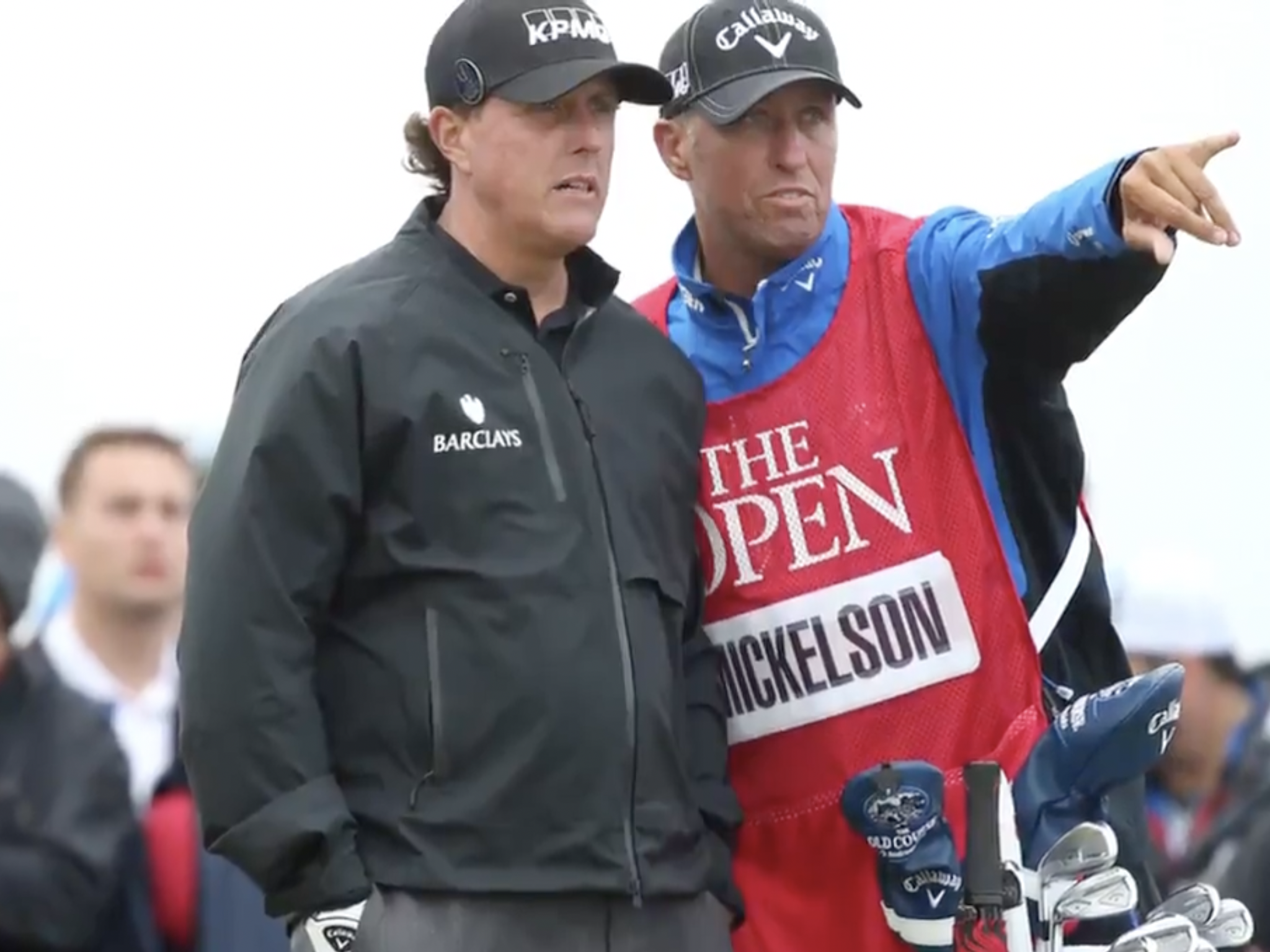 According to an upcoming biography, Phil Mickelson lost an astounding $40 million gambling between 2010 and 2014.

Later this month, the biography called  “Phil: The Rip-Roaring (and Unauthorized!) Biography of Golf’s Most Colorful Superstar” will be released. The biography is written by Alan Shipnuck and will chronicle many of Mickelson’s financial escapades.

The biography will also include an analysis of  documents that were compiled when government auditors conducted an investigation into Mickelson’s finances during the time he was entangled in an insider trading case involving professional gambler Billy Walters. In the case, Mickelson wasn’t accused of wrongdoing but was ordered to pay back a portion of his stock gains based on a tip he recieved from Walters who was sentenced to five years in prison,

Shipnuck concluded that during those years, Phil lost most or all of his yearly earnings gambling.

“In those prime earning years, his income was estimated to be just north of $40 million a year,” Shipnuck wrote. “That’s an obscene amount of money, but once he paid his taxes (including the California tariffs he publicly railed against), he was left with, what, low-20s? Then he had to cover his plane and mansion(s), plus his agent, caddie, pilots, chef, personal trainer, swing coaches and sundry others.

“Throw in all the other expenses of a big life — like an actual T. Rex skull for a birthday present — and that leaves, what, $10 million? Per the government audit, that’s roughly how much Mickelson averaged in annual gambling losses. (And we don’t know what we don’t know.) In other words, it’s quite possible he was barely breaking even, or maybe even in the red. And Mickelson’s income dropped considerably during his winless years from 2014 to ’17.”

Another fascinating tidbit of information Shipnuck offers is the reasoning for Phil’s split with his longtime caddie, Jim “Bones” Mackay in 2017. The author states that disputes over hundreds of thousands of dollars that Mickelson owed Mackay were at the heart of the separation.

In an excerpt of the book recently published at the Fire Pit Collective, Shipnuck writes:

“Bones had fired Phil at the ’17 Memorial, over a series of simmering grievances, including hundreds of thousands of dollars in overdue back pay.”

Shipnuck also speculates that the “real motivation” behind Mickelson’s involvement in the LIV Golf Series was the amount of money that Phil could make by joining, considering his finances from all of the gambling losses.

Mickelson has been of the grid since the controversy regarding his involvement with the Saudi backed golf league, and it’s unclear whether or not he will attempt to defend his title at the PGA Championship later this month. 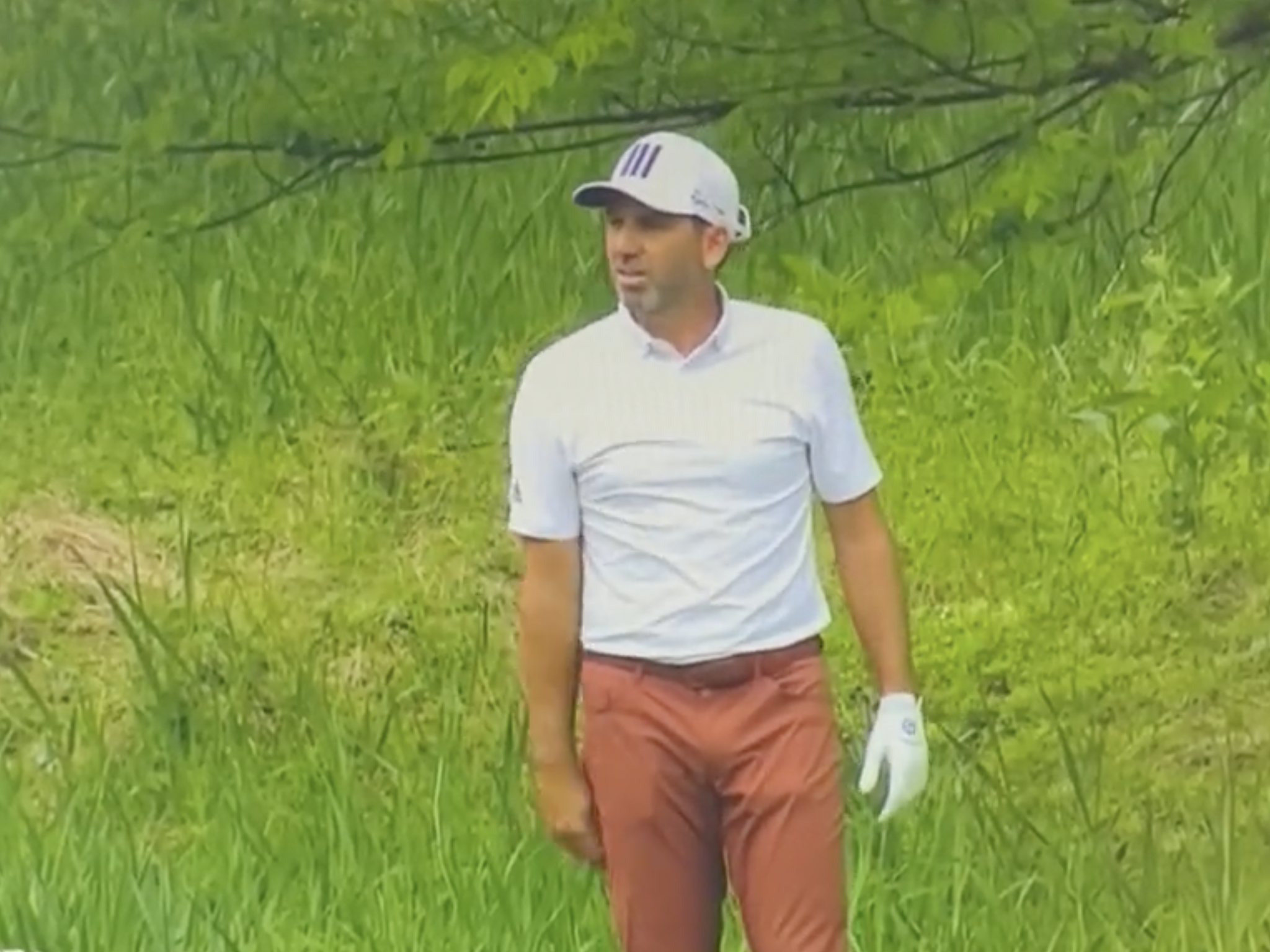 Sergio Garcia stunned golf viewers on Thursday evening, with a rant after a lost ball ruling that suggests the Spaniard is on his way to the Saudi-backed LIV Golf Tour.

The 42-year-old has been heavily linked recently with a move to the controversial tour spearheaded by Greg Norman. After a lost-ball ruling on Thursday, Garcia let loose shouting, “I can’t wait to leave this tour.” as well as “Can’t wait to get out of here,” and “Just a couple more weeks until I don’t have to deal with (the rules official) anymore.”

Sergio Garcia, frustrated with what he thought was the early start of the clock to look for a lost ball, seemingly telling a rules official…

…I cant wait to leave this tour

…cant wait to get outta here

…just a couple more weeks until I don’t have to deal with you any more pic.twitter.com/k1qRRYbmsF

The ruling that preceded Garcia’s outburst occurred on TPC Potomac’s par-5 10th hole, where the 2017 Masters champion Garcia hooked his drive into a marsh on the left side of the hole, which was marked as a penalty area with red stakes.

After a search that involved Garcia crossing a creek and looking through tall grass, the ball was finally found, but a rules official deemed he found the ball outside of the allotted 3 minutes – meaning the Spaniard was forced to take a penalty drop.

On Thursday evening, however, the PGA Tour released a statement admitting that an error from the rules official had occurred and that Garcia actually found his ball in time:

“As Garcia entered the penalty area, a referee located on the 10th hole started a search time clock, as it appeared a search for the golf ball had begun. Unbeknownst to the referee, the players in the group were told by a TV spotter that the ball was on the far side of the creek, and at that point, Garcia spent a considerable amount of time trying to access the other side of the creek. This was not in clear view of the referee due to other players in the group playing, so the time clock was still running on the search when it should have been paused. When the ball was found by Garcia, the ferry’s three-minute search time had expired, and Garcia was informed the ball was treated as lost.”

Unfortunately, no retrospective action can be taken on an error like this and Garcia’s score of par on the hole remains. Garcia did not speak to media after his round of 3-under par. 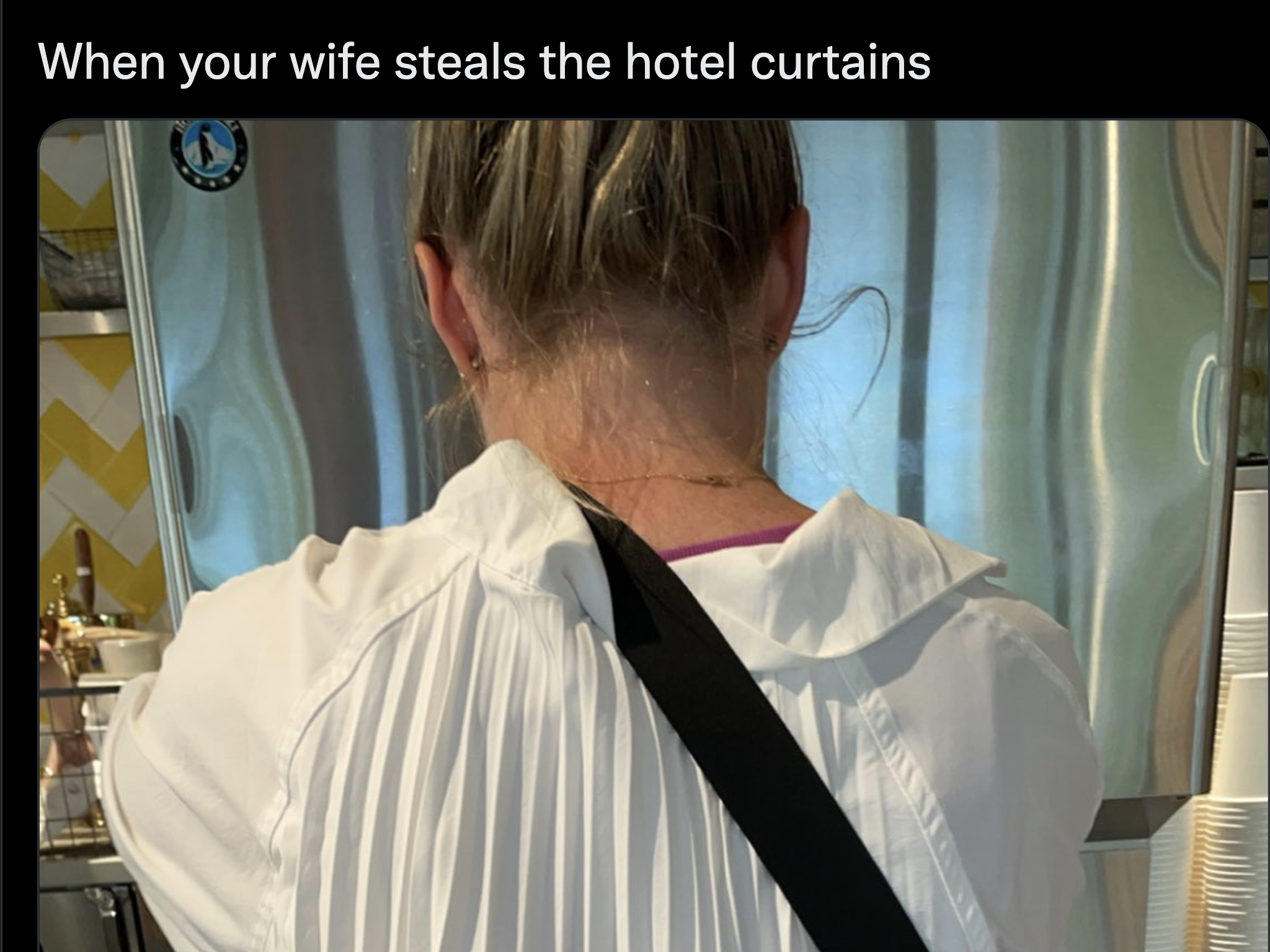 After Jordan Spieth had won the RBC Heritage in April, golf journalist Dylan Dethier tweeted some advice that his wife Annie had given to him. ‘“You need to take five seconds, if you miss a putt, before you hit your tap-in. So I thought about that today,” he said.’

Family support, you can’t beat it.

And then there was Adam Schenk, previously recognisable only to the die-hard golf fan but whose name may now be known by far more.

This week, Schenk took to Twitter to make light-hearted fun of his wife Kourtney’s outfit, something surely only a brave spouse would do!

But there it is, Schenk posting a photo with the words, “When your wife steals the hotel curtains”

When your wife steals the hotel curtains pic.twitter.com/HTBgfXZckN

The responses were mostly of sympathy for what was to come, with Sideline Provisions summing most feelings with the comment, “This funny. Also, Rest In Peace.”

However, Kourtney got her own back on her personal Twitter account, posting a picture of Adam and ….

When you post one remotely funny tweet and you gotta keep refreshing to see if you get any likes. pic.twitter.com/7ZuV6PwB55

Adam is done, at least for the time-being, and surely he knows that.

An hour after Kourtney’s biting comeback, he posted this..

She just hit me with the “Do you ever wanna have sex again?”?? https://t.co/uSfJ5rsSjN 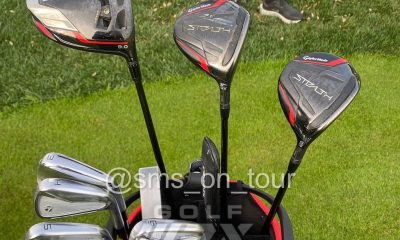 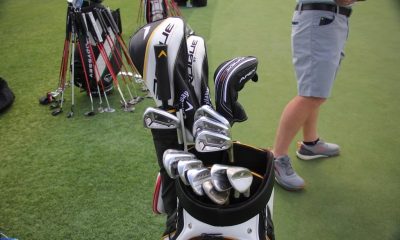 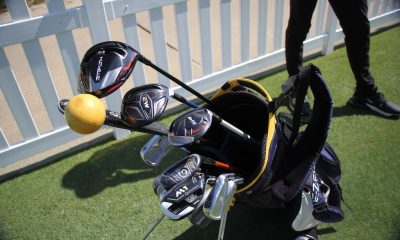 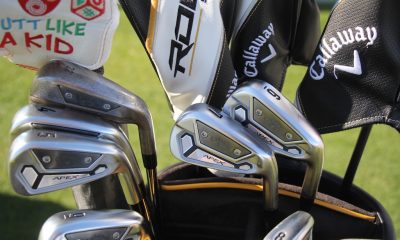