The second week of 2022 professional golf on the US PGA Tour saw the traveling band remain in Hawaii, albeit only after a move from the island of Maui to the enclave of Oahu. The Waialae Country Club, originally designed by the skilled Seth Raynor, rewards the thoughtful player. Its traditional routing and distance demand the ability to negotiate angles and turns, as well as back off from the long ball. Architect Tom Doak’s restoration of Raynor features and inclinations returned the course to its authentic state. Waialae finds a way to reward the strategist, and it will be no surprise if a true ball-worker hoists the winner’s trophy on Sunday afternoon.

Kevin Na, the defending champion, turned up the heat on Thursday afternoon with a stellar round of 61. Na went out in 29, highlighted by a rifled hybrid to ten feet at the ninth hole. He converted the eagle putt to reach six-under on the day. Na added three more birdies coming home, and took a one-shot advantage over Russell Henley and Jim Furyk. Henley’s round was flawless, with the only difference being birdie at nine, rather than eagle. Furyk had a bogey on hole number one, but countered that with a number of birdies and the beauty that you see below at the 17th hole. Five other players turned in rounds of 63, ensuring that low scores in Hawaii will continue for the second consecutive week.

An ace for the leader @SonyOpenHawaii! ?@JimFuryk makes the sixth hole-in-one of his career and first since 2011. pic.twitter.com/UX5aXi0tb2

Of the three Thursday leaders, only one stood tall on day two of Hawaii’s second PGA caravan stop. While Kevin Na (71) and Jim Furyk (72) each soared 10 strokes higher than his opening round, Russell Henley dropped but one stroke over day one. His 63 on day two was a wild affair. It included a pair of bogeys, and also a pair of eagles. Threes at the 9th and 18th holes melded with five birdies, to give the South Carolina resident a three-shot lead over a resurgent Haotong Li. Li followed his 63 with 65 on day two, to reach 12-under par. Matt Kuchar added 64 to his opening 64, to reach -11. Michael Thompson was the only other contestant at double-digits under par; his 63-67 stood him at minus-ten. The cut fell at five-under par, meaning a pair of 68s earned nothing more than a rescheduled return flight, or a pair of days on the beach.

Round three at Waialae was a game of chess. Russell Henley won the SONY Open nine years ago, reaching 24-under par. His day three was not the stumble that Na and Furyk experienced on Friday, and he escaped moving day with a two-shot lead intact. Making a bold move with his knights and bishops was current Masters champion Hideki Matsuyama. The stalwart from Japan chipped away with birdies and pars, posting seven under par on the day, to move three spaces up the leaderboard. As with last week, a lesser-known, lesser-decorated golfer will spar with a growing legend and current major champion. Cameron Smith was able to hold off Jon Rahm last week in Kapalua. Might Henley repeat the same formula? Poised to pounce if the leaders stumble, is a quartet of challengers at -14. The United Nations of Adam Svensson (Canada), Seamus Power (Ireland), Haotong Li (China) and Matt Kuchar (USA) will need to go 62-low to have a chance on Sunday, and that’s what makes it fun.

By the way, if Henley tosses a day-four 64 to match his 24-under total from 2013, this writer says that he will once again lift the trophy.

Back on top.@RussHenleyGolf has the solo lead once again. pic.twitter.com/jsEfRL1wSh

Sunday: a tale of two nines

We all know the notion of how the Masters doesn’t really begin until the back nine on Sunday. It’s both a truism and a myth. Tournaments begin in round one, but the nitty-gritty of regular and major events often takes place over a three-hour period in round four. No place was this more in evidence than Waialae on Sunday in 2022. Russell Henley stood at -18 when he teed off, then played the front nine in a sublime 29, including eagle at the 9th. He moved to 24-under par, the same total that won him this event in 2013. Remember what I wrote on Saturday evening (see above) about that number?

Chasing him was playing partner Hideki Matsuyama. The Masters champion played the same stretch in three-under, but found himself five in arrears as they turned to the inward half. Roughly two hours later, Henley had dropped a shot after playing the back in plus-one 36. Matsuyama, meanwhile, made birdie at two of the final four holes to complete a closing 31. Just like that, the five shot lead had disappeared, and Henley found himself in a gut-wrenching playoff. Had Henley finished at -24, he would have won in regulation.

The pair returned to the par-five, closing hole, the one where Isao Aoki holed from 110 yards to defeat Jack Renner in regulation. Well, Aoki’s shot may have been relegated to the second-best finisher on the last at Waialae. From 277 yards out, Matsuyama ripped a three-metal into the setting sun. It moved gently rightward on a cut arc, and settled softly on the putting surface. When it rolled to 24 inches, the tournament was complete. Henley’s six were twice the strokes that heroic Hideki required, and the 8th PGA Tour title of the young champion’s career was secured.

The tour leaves the islands for the mainland, setting down in the California desert this week. Si Woo Kim looks to defend his title at The American Express in La Quinta.

Hideki delivers a beauty from 277 yards out on the first playoff hole! pic.twitter.com/qT8ByiAVrm 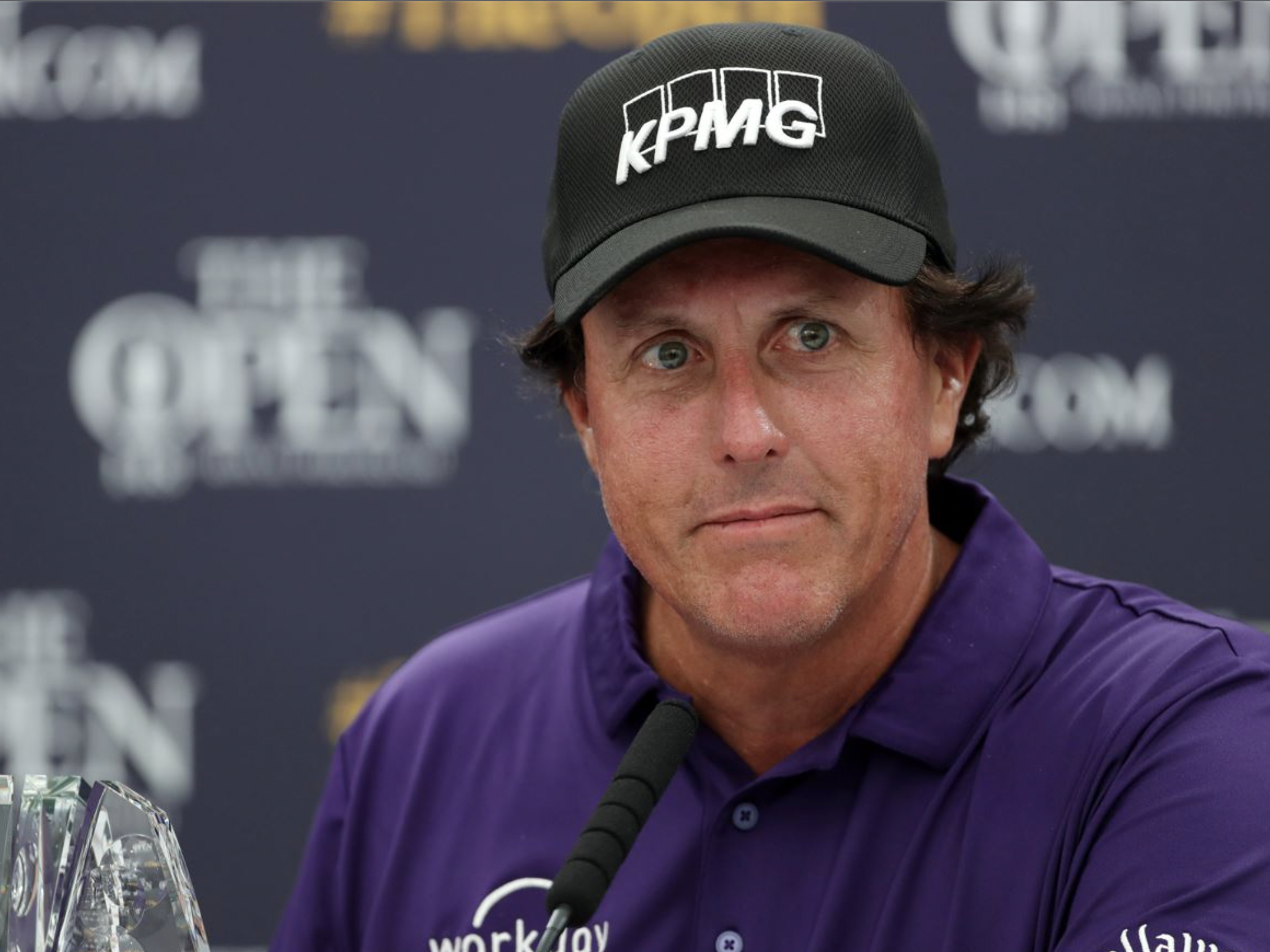 Just six days before Phil Mickelson’s highly anticipated return to the game, it was announced Friday that the defending champion had withdrawn from this year’s PGA Championship.

In a statement released today, the PGA of America said:

“We have just been informed that Phil Mickelson has withdrawn from the PGA Championship. Phil is the defending champion and currently eligible to be a PGA Life Member, and we would have welcomed him to participate. We wish Phil and Amy the very best and look forward to his return to golf.”

Two weeks ago, Mickelson’s agent Steve Loy at SportFive agency revealed that his client had requested a release to play in the Saudi backed LIV Golf series.

Mickelson’s exile from golf continues for now, with the 51-year-old not teeing it up since January. 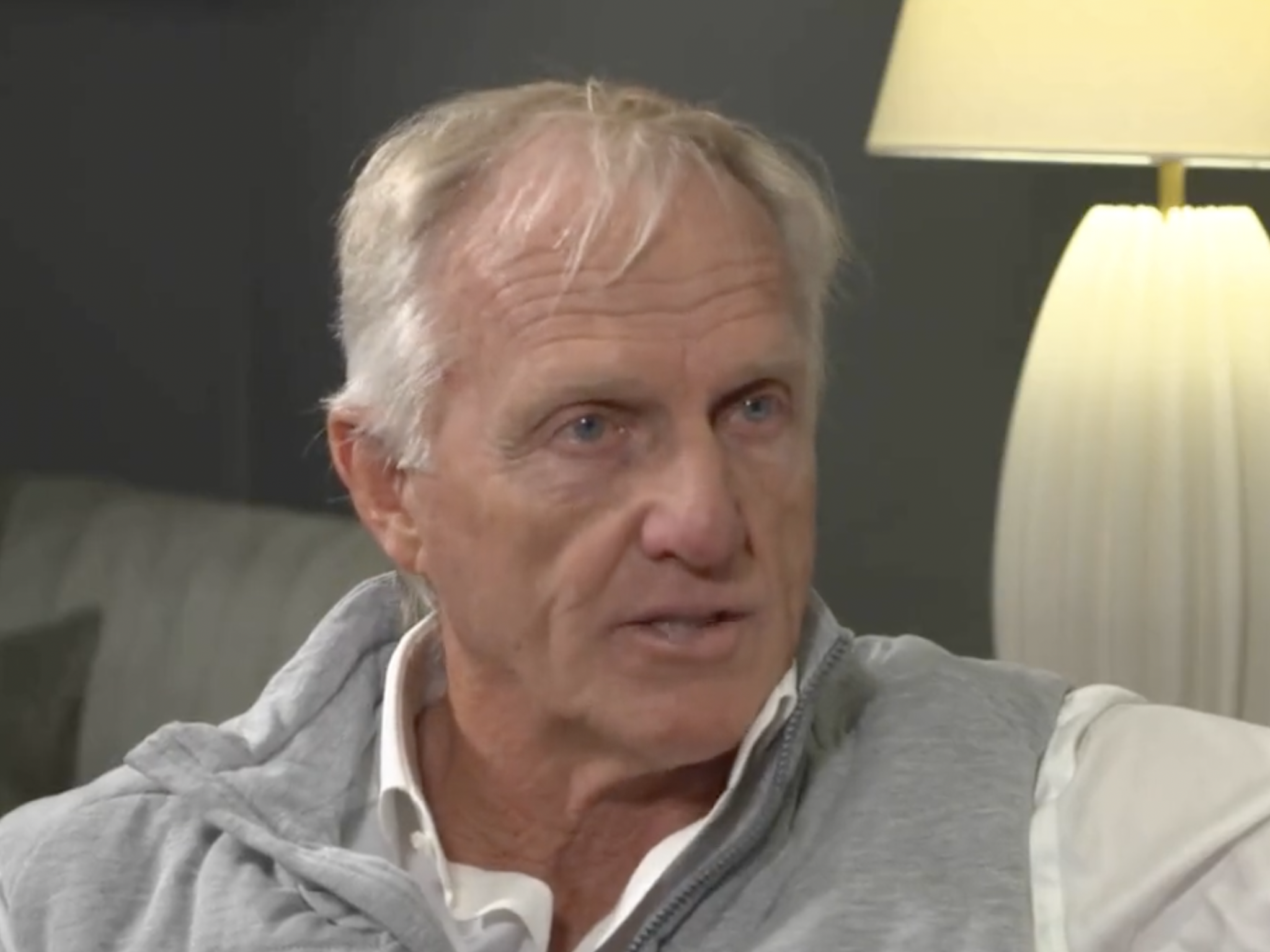