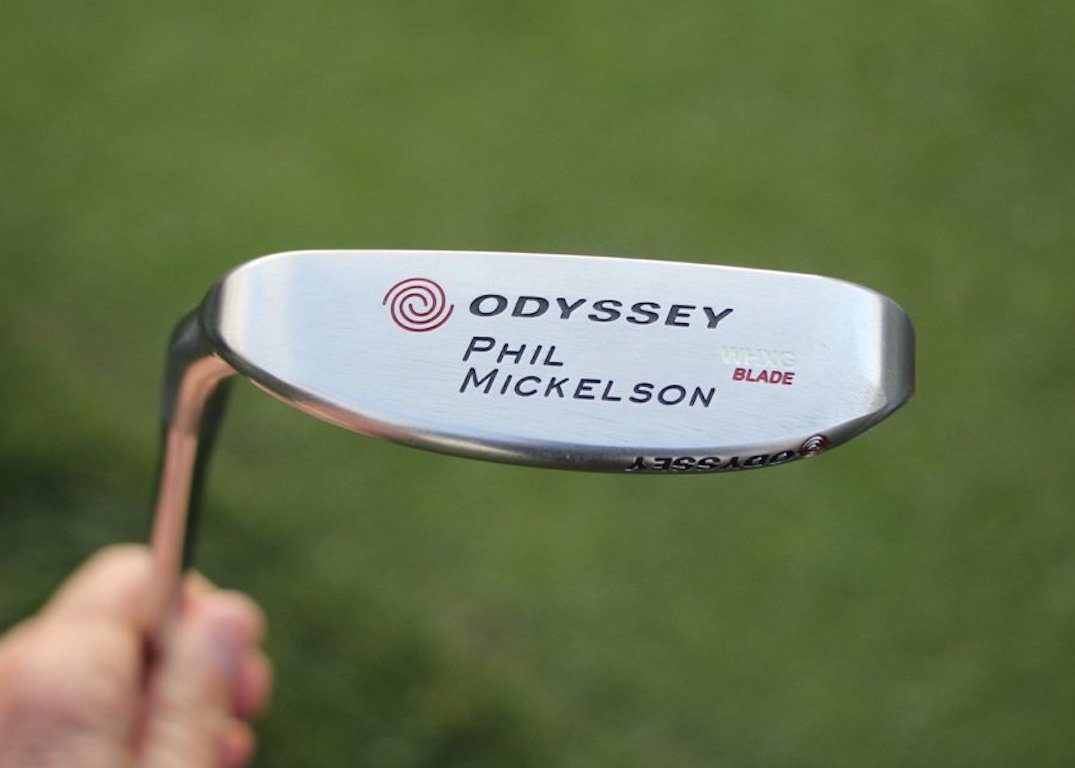 On absolutely no one’s radar screen but his own at the beginning of the third week of May, Phil Mickelson defied all odds and overcame all challenges to claim the 2021 PGA Championship. Mickelson first won the PGA in 2005 at Baltusrol in New Jersey. He also owns three Masters titles and the 2013 British Open title. Have I mentioned that Mickelson turned 50 last June and became the oldest winner of any major championship in history?

The week began as most major weeks commence: an unproven young’un atop the leader board. This time, it was Corey Conners, a product of Canada and Kent State University. Conners marked six birdies on his scorecard that day and finished ahead by two at minus-5. He began Friday as poorly as he did well on Thursday, finishing with 75 and ultimately placing 17th. Mickelson nearly played himself out of South Carolina on opening day. He stood plus-4 after six holes but rebounded on the tougher stretch of the course with six birdies and posted 70.

Day two saw Lefty reverse his fortunes. He teed off on the back nine and posted 38. He came alive on the front nine, posting five birdies for another 31, and a 69 on the day. Mickelson’s 139 total was matched by South Africa’s Louis Oosthuizen, also a British Open champion (2010). Oosthuizen followed a 71 with 68, to earn a spot in the final pairing with the lefthander.

Day three witnessed a near runaway by he of the aged vintage. Mickelson again played the front nine in exquisite fashion. He posted four birdies for 32 on his way out and added a fifth at the 10th hole, to reach 10 strokes under par. Two holes later, he made his first bogey of the round and followed it with a double at 13. He would finish the day at 7-under par, one shot ahead of two-time PGA champion Brooks Koepka.

It’s rare that a golf course ages into technology, but the Ocean Course at Kiawah Island improves in just that fashion. Unlike the TPC course in Sawgrass, that has undergone myriad renovations and alterations over the years, the Ocean Course remains exactly as it was when it held the 1991 Ryder Cup, in its first year of play. With its combination of forced carries, ocean breezes, and flexible setup — and its length, the Ocean Course stands firm against the advances of human strength and technology.

Koepka and Mickelson teed off in Sunday’s final pairing and Mickelson immediately surrendered his one-stroke advantage. Koepka opened with a textbook birdie, while Mickelson showed all the nerves of a teenager on a first date and scribbled bogey on his card. One hole later, fortune again reversed its course. Koepka had owned the Ocean Course par-5 holes all week but would toss away his chance at victory with a double and a bogey on the first two long holes on Sunday. Koepka is normally one of the game’s great drivers of the ball, but he was tentative on Sunday, turning his fade into a tug. The tug did him in on holes two and seven.

What was most enervating for the big Florida man was, his wretched 7 and 6 each followed a birdie. Who can explain that? It was that sort of day on the spit of land called Kiawah Island. Mickelson was having a topsy-turvy start of his own. He didn’t make a par until the fourth, following his opening bogey with birdie-bogey. He then went birdie-bogey-birdie for the five through seven stretch, and expanded his advantage! When he made his fourth birdie of the day, at the tenth hole, he held a five-shot advantage, and ignited the mask-free crowds into a frenzy of adulation and fandom.

Mickelson’s sixth major title was his first with younger brother Tim on the bag. As the pair marched toward destiny’s embrace, it was easy to see the same emotion spread across each brother’s face. The younger one wanting to serve the older one with accurate numbers and proper support; the older one wanting to execute the strategy planned out with the younger one’s help.

As the holes waned, Louis Oosthuizen reached minus-4 and closed to within two of Mickelson’s lead. The South African golfer needed at least one birdie on the closing pair, but was unable to do better than pars. Koepka had birdies at 15 and 16 and, like Louis, needed one more to make Phil think and squeeze harder, but it was not to be. Mickelson made safe bogey at 17 and safe par at 18, and won by two.

It’s ironic that Mickelson reclaimed his place at the top of the game as well as a likely spot on the USA Ryder Cup side in Wisconsin, in the year that Tiger Woods once again racked himself up with self-inflicted injury. If anything will motivate the great one to rebound, it’s a Mickelson victory. So cheers to you, Mr. Mickelson. You’ve given us a wonderful May and an even better 2021 and 2022 to come.

Five things we learned: Saturday at the PGA 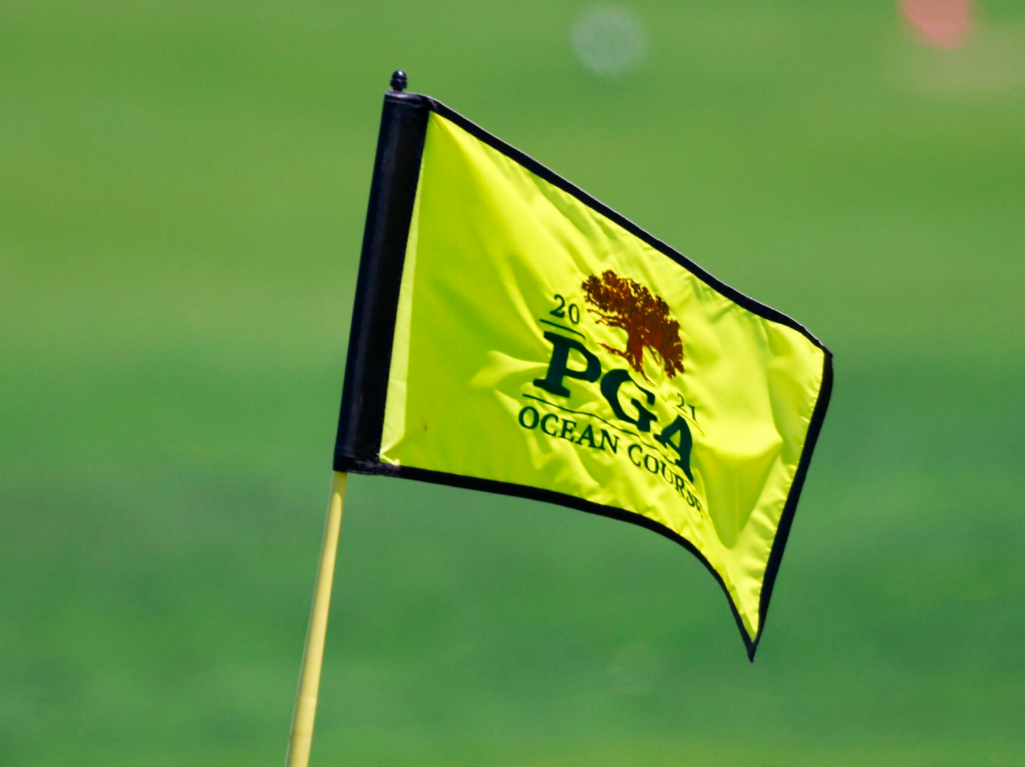 When his lead reached a quintet of strokes after nine holes on Saturday, I was desperately searching for five different words that began with the voiceless labi0dental fricative phoneme /f/ to use to describe Phil Mickelson’s day-three. Why bother writing about anyone else if Lefty was going to run away with the tournament the day before it ended?

After carving birdie on half of his first 10 holes, Mickelson became the first competitor to reach double digits under par this tournament. Three hours later, he had given back three strokes and barely kept a hold on the lead. By day’s end, he was one stroke in front of Brooks Koepka and had allowed a host of players back into contention. Had Mickelson been able to rocksteady to the clubhouse at 10 under, he would have compelled everyone to go for broke on Sunday.

It is incredibly difficult to come back from more than five shots in the final round of the major championship. So many sticks have to fall into place: the leader has to crumble, the chasers have to play just not well enough to win, and the long shot hast to play the round of his life. If we hold to the five-shot addendum, nine golfers have a chance at winning the 2021 PGA Championship on Sunday. Let’s have a look at them and find out who we pick to win tomorrow.

You have two recent U.S. Open champions and one of the rising stars in the game in this ballot. DeChambeau’s length won’t help him as much as at other courses with so much trouble lurking.  Woodland has been adrift since winning the U.S. Open at Pebble Beach, although that one sort of came out of nowhere. Difference here is, he’s coming from behind. Of the three, the young Chilean is our bet to take a run at the title on Sunday.

A beautiful tee shot from @GaryWoodland sets up his SIXTH birdie of the day.#PGAChamp pic.twitter.com/zXi7zykL9e

This is the trio with everything to gain and nothing to lose. Not a single major title among the three, with Grace coming closest at the U.S. Open in 2015 at Chambers Bay. Streelman is thrilled to even be here and is the type of one-off winner that the PGA Championship has a penchant for identifying. Bezuidenhout has a lot of upside, but his first time in true contention in a major suggests that he will spend most of the day sorting his emotions. The heat of the moment will be too strong for two-thirds of this grouping, but if we had to pick one, it would be Grace.

Each member of this trio has a major championship, and Koepka and Mickelson each has four or more. It seems impossible that one of them will not step up on Sunday and grab the Wanamaker trophy by both handles. Koepka is the guy we’d pick at any other time, but is the repaired knee reliable? Phil is the veteran in the group, and normally that would count for much, but is he too veteran? We’ll see. Finally, we have Louis. Eleven years removed from his win at St. Andrews, will the scar tissue that developed since be too restrictive? Perhaps.

The Ocean Course at Kiawah Island, much like Augusta National, simply will not allow someone to take an early lead and hold on for a victory. The champion will play 18 incredible holes Sunday, but who will it be?

Branden Grace. Why would we pick a likely favorite?