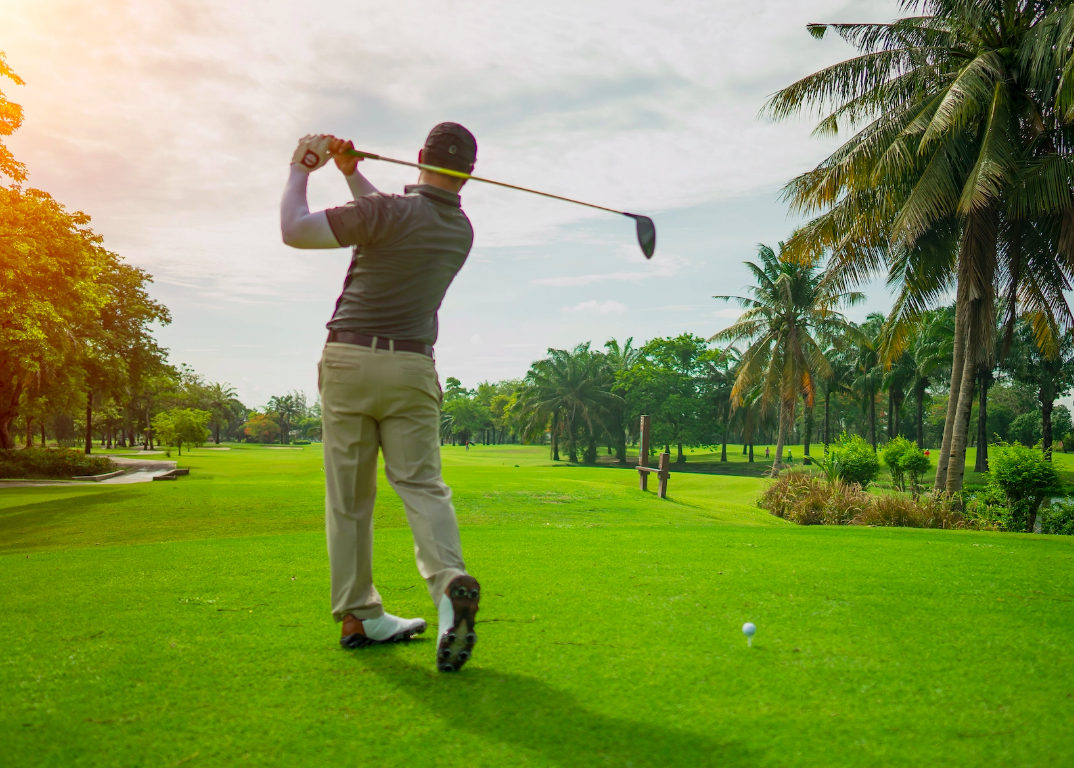 Golf is very much a monkey-see-monkey-do sport. If you ever go to the local range, you are sure to see golfers trying to copy the moves of their favorite player. Sometimes it works, and sometimes it does not. While I understand the logic of trying to mimic the “secret move” of the most recent winner on tour, I always balk when the person trying to create their best impression fails to realize the physical differences between them and the best golfing athletes in the world.

In addition to most golfers not being at the same fitness levels as the best players in the world, they also do not have bodies that are identical to their favorite player. This single statement proves why there is not one golf swing; we all are different sizes and are going to swing the club differently due to these physical differences.

You have to understand your swing

The biggest reason I believe that golfers are better than they think is most golfers I meet do not understand what their swings should look like. Armed with video after video of their golf swing, I will always hear about the one thing that the golfer wishes they could change. However, that one thing is generally the “glue” or athleticism of the athlete on display and is also the thing that allows them to make decent contact with the ball.

We are just coming out of the “video age” of golf instruction, and while I think that recording your golf swing can be extremely helpful, I think that it is important to understand what you are looking for in your swing. As a young coach, I fell victim to trying to create “pretty swings”, but quickly learned that there is not a trophy for prettiest swing.

It comes down to form or function, and I choose function

The greatest gift I have ever received as an instructor was the recommendation to investigate Mike Adams and BioSwing Dynamics. Mike, E.A. Tischler, and Terry Rowles have done extensive research both with tour-level players as well as club golfers and have developed a way to test or screen each athlete to determine not only how their golf swing will look, but also how they will use the ground to create their maximum speed. This screen can be completed with a tape measure and takes about five minutes, and I have never seen results like I have since I began measuring.

Have you ever bought a sport coat or suit for a special occasion? If so, pay attention to whether it is a short, regular, or long. If you buy a long, then it means that your arms are longer than your torso and you can now understand why you produce a “steeper” backswing. Also, if you stand with your feet about shoulder-width apart and your middle-finger tips touching the top of your kneecaps, you will have perfect dynamic posture that matches your anatomy. If it appears that you are in a taller posture, then you have your second clue that your wingspan is greater than your height.

Using this and five other screens, we can help the athletes understand a complete blueprint of their golf swing based off their anatomy. It is due to the work of Mike, E.A., and Terry that we can now matchup the player to their swing and help them play their best. The reason that I believe that most golfers are better than they think is that most golfers have most of the correct puzzle pieces already. By screening each athlete, we can make the one or two adjustments to get the player back to trusting their swing and feeling in control. More importantly, the athlete can revisit their screen sheet when things misfire and focus on what they need to do, instead of what not to do.

We are all different and all have different swings. There is no one way to swing a golf club because there is no one kind of golfer. I encourage every golfer to make their swing because it is the only one that fits.

How golf should be learned