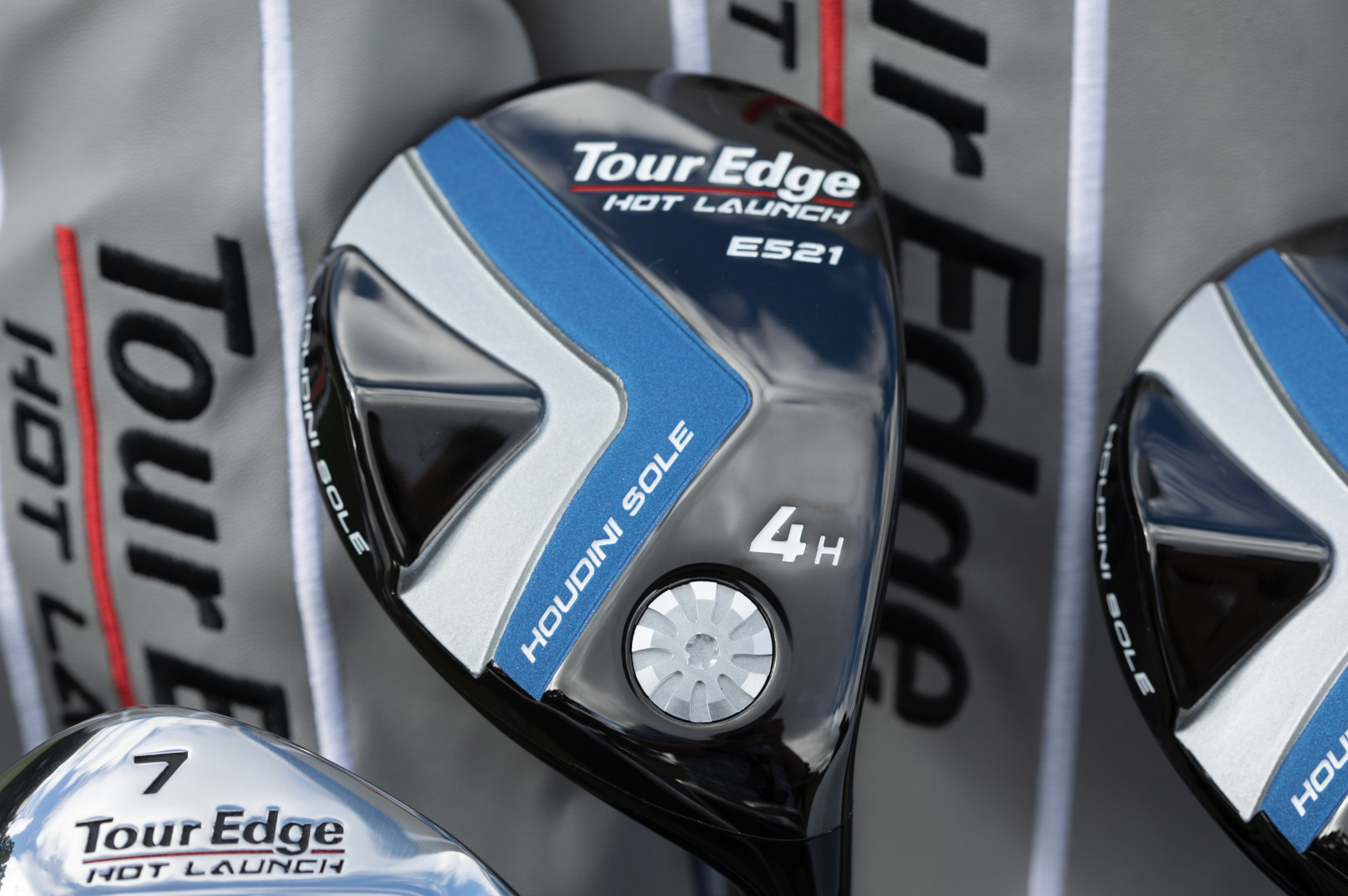 The Tour Edge C521 hybrids bring with them the same technology and game improvement advantages as the C521 driver and fairway woods for players looking to maximize forgiveness in a traditionally shaped club. The newly configured head shapes include the Houdini Sole, which places more mass low and farther away from the face to achieve an extremely high MOI, along with Tour Edge’s patented diamond face technology.

According to Tour Edge, the rear sole weighting and deep CG of the C521 increases the total MOI four percent by lowering the CG by 10 percent and pushing it 14-percent farther back in the head compared to the previous best selling HL4. This reconfiguration results in higher launch angles, a higher shot apex, and more carry—which helps golfers hit it farther and land it softer—key factors in holding greens from longer distances and scoring better. 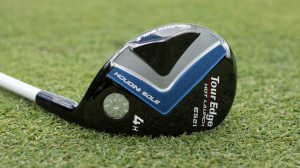 The Tour Edge E521 hybrids continue the “E” Series philosophy by pushing weight as low and as far back as possible in a shallow offset clubhead. According to Tour Edge, the E521 hybrids have a CG that is a shocking 30 percent further back than the previous HL4! This shift along with the lowering of the CG by seven percent results in a total MOI boost of nine percent, which, like the “E” Series driver and fairway wood, officially makes them the highest-launching and easiest-to-hit hybrids Tour Edge has ever produced. 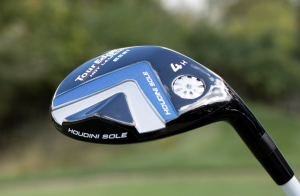 Like the namesake magician, the Houdini Sole works magic by pushing mass farther back without increasing friction when the club contacts the turf. Just like the E521 fairway, the reshaped hybrid sole reduces ground interaction by 35 percent. This is a big help for medium-to-slower speed players who use their hybrids all over the course including out of the rough. This combined with the shallow head and offset makes for one easy club to hit that helps golfers reduce the most common miss (a slice).

Just like the other “metals” in the E521 series the hybrids come stock with Control Length Shaft Technology, which makes the stock lengths shorter to help improve overall contact. The 3 hybrid starts 39.75″ and progresses .75″-.5″ down from there depending on the club, this makes them close to an inch shorter than most manufacturers’ stock lengths. It has been proven that shorter lengths improve the efficiency of contact leading to better control and tighter dispersion. Tighter dispersion leads to more greens hit, more greens hit leads to fewer putts, and few putts mean lower scores.

Even though the C512 and E521 hybrids are targeted towards different golfers, they do share technologies to offer more consistent ball speeds, higher launch, and increase forgiveness.

Diamond & 17-4 Steel Cup Face – The diamond face was designed with the help of finite element analysis to simulate energy transfer and helps the hybrids (like the fairway woods) produce faster and more consistent ball speeds on off-center hits by placing mass where it’s needed. It features 29 varying thick and thin diamond “mini-trampolines” on the back of the 17-4 steel face cup face to increase performance.

This technology was previously only available in Tour Edge’s premium Exotics line, but by bringing it to the Hot Launch series they offer greater performance at an undisputed value.

“To be able to take an amazing innovation like Diamond Face that changed the level of what we produced with Exotics EXS and to be able to bring it over to Hot Launch is a huge deal for the performance characteristics of these clubs. This is going to help a lot of golfers gain speed and power.”

Power Channel – The Power Channel sits on the sole of the club behind the clubface to increase face flex and help boost ball speeds on shots hit lower on the face – this along with the deeper center of gravity makes the hybrids just that much more forgiving on lower face strikes. On the C521 hybrid, the channel is 25% deeper than the previous HL4.

Thin body construction – Just like the 521 Hot Launch fairway metals, the hybrids are constructed of 17-4 stainless steel and utilize a thinner and lighter forged steel crown to save weight and lower CoG for added forgiveness. Tour Edge has done everything they can to bring fairway wood technology to their hybrids to help golfers see better results from their clubs.

Acoustic Engineering – Last but certainly not least, the other continued design feature of the hybrids that is also present in the 521 series driver and fairways are the sound diffusion bars to improve impact sound.

All Tour Edge Hot Launch clubs, including the 521 series hybrids, are hand-built in the United States and are part of Tour Edge’s 48-hour custom fitting delivery and lifetime warranty programs.

Both of the new Hot Launch 521 hybrids will be available on November 1.