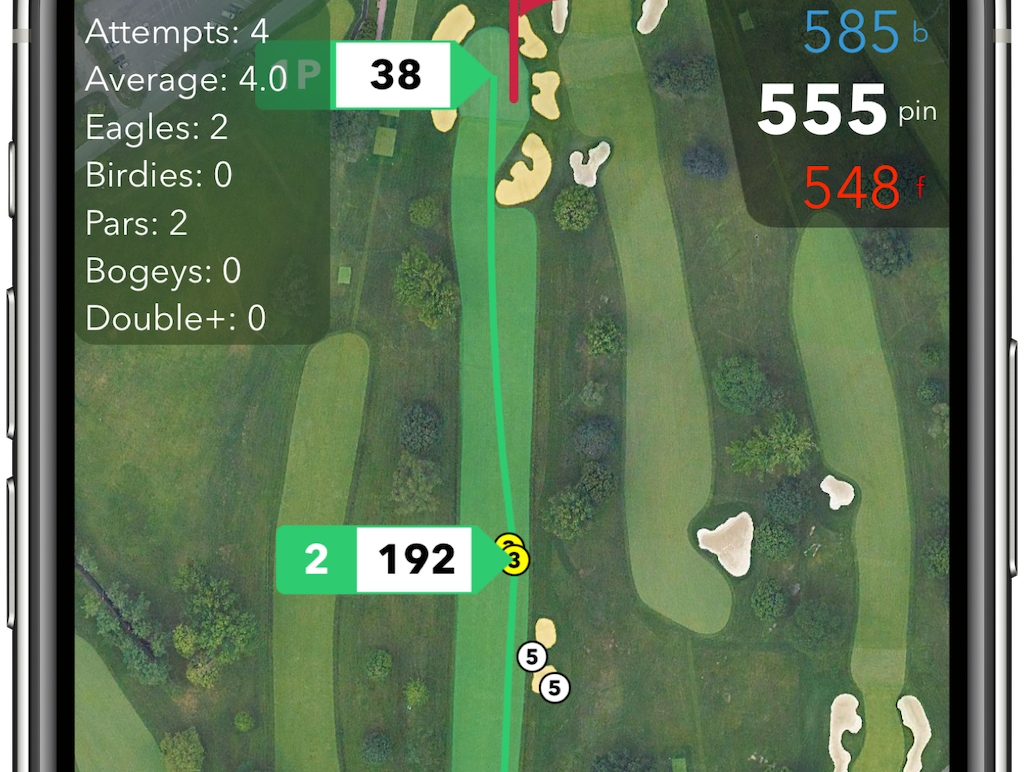 We had to wait a little longer than normal to see the 2020 U.S. Open, but it was worth the anticipation. A stacked field on a classic course where, for the first time in a while, the USGA got the set-up totally right. The course played difficult, but fair. Long, penal rough and undulated greens kept the world’s best off-balance while still rewarding solid golf shots.

The West Course at Winged Foot Golf Club proved a true test of golf and when the dust settled, only a single player remained under par. Bryson DeChambeau was the lone player to conquer the beast, displaying a unique balance of power and patience that the golf world hasn’t previously seen.

By now, the golf world knows how DeChambeau changed his body dramatically, particularly to chase these kinds of championships, and while sometimes he seems too smart for his own good, this time his calculations were right on. One certainly cannot fault his work ethic. Ridiculed for being a slow player, he has worked to improve. Take away his protractor and he finds another way to read greens. Though putting and short game were a weak point, he has improved. His body transformation was just another calculated risk from the golfing scientist after working hard with Chris Como to get his game just right. 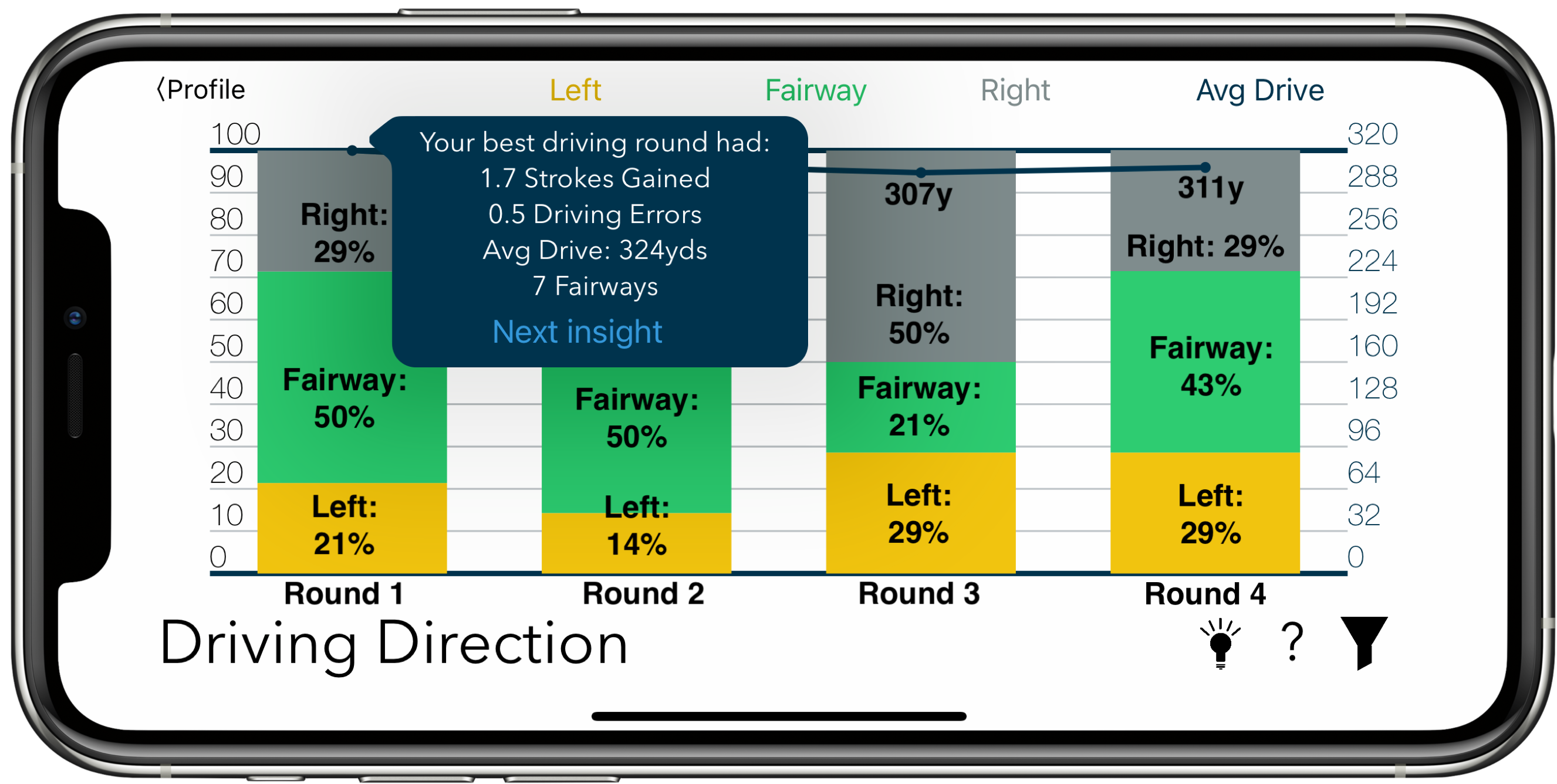 However, winning a U.S. Open at Winged Foot takes more than just power. It took patience. DeChambeau outlasted the field by minimizing mistakes and capitalizing on scoring chances. But it would be misleading to say that this wasn’t a case of bomb and gouge. That is exactly what DeChambeau did, hitting just over 41 percent of his fairways for the week.

U.S. Open rough is supposed to be the great equalizer. It is supposed to put a premium on ball striking and fairways and traditional golf values, but it failed.

DeChambeau made an interesting comment in one of his many interviews this week when he said something along the lines of “If I’m going to miss the fairway anyway, I might as well hit it out there.” This statement ended up being fairly prophetic. DeChambeau finished T26th in fairways. Not surprising. However, what he realized early on was that everyone was going to miss the narrow, hard, and fast fairways at Winged Foot. Only 11 players in the entire field hit more than 50 percent of their fairways. Only two of those 11 finished in the top 10 (Rory McIlroy and Harris English). DeChambeau was able to overpower a course that many did not think could be overpowered. Using V1 Game’s advanced analysis, we can see that he averaged over 300 yards per drive every round of the U.S. Open.

There are really three areas that impact driving performance. In order of importance they are:

While the driving performance plot from the new V1 Game Virtual Coach shows that DeChambeau was certainly long and accurate enough, the Mistakes view gives an idea of where he gave strokes away. His number of mistakes would be high for a typical week on the PGA Tour, but they are exceptional for a U.S. Open. DeChambeau did not take a single penalty, only four times did he drive into a recovery situation, and in each of those he was still able to advance the ball more than 75 yards. Therefore, DeChambeau did very well in V1 Game’s three keys to driving. He did have three three-putts on the week, but so did much of the field. 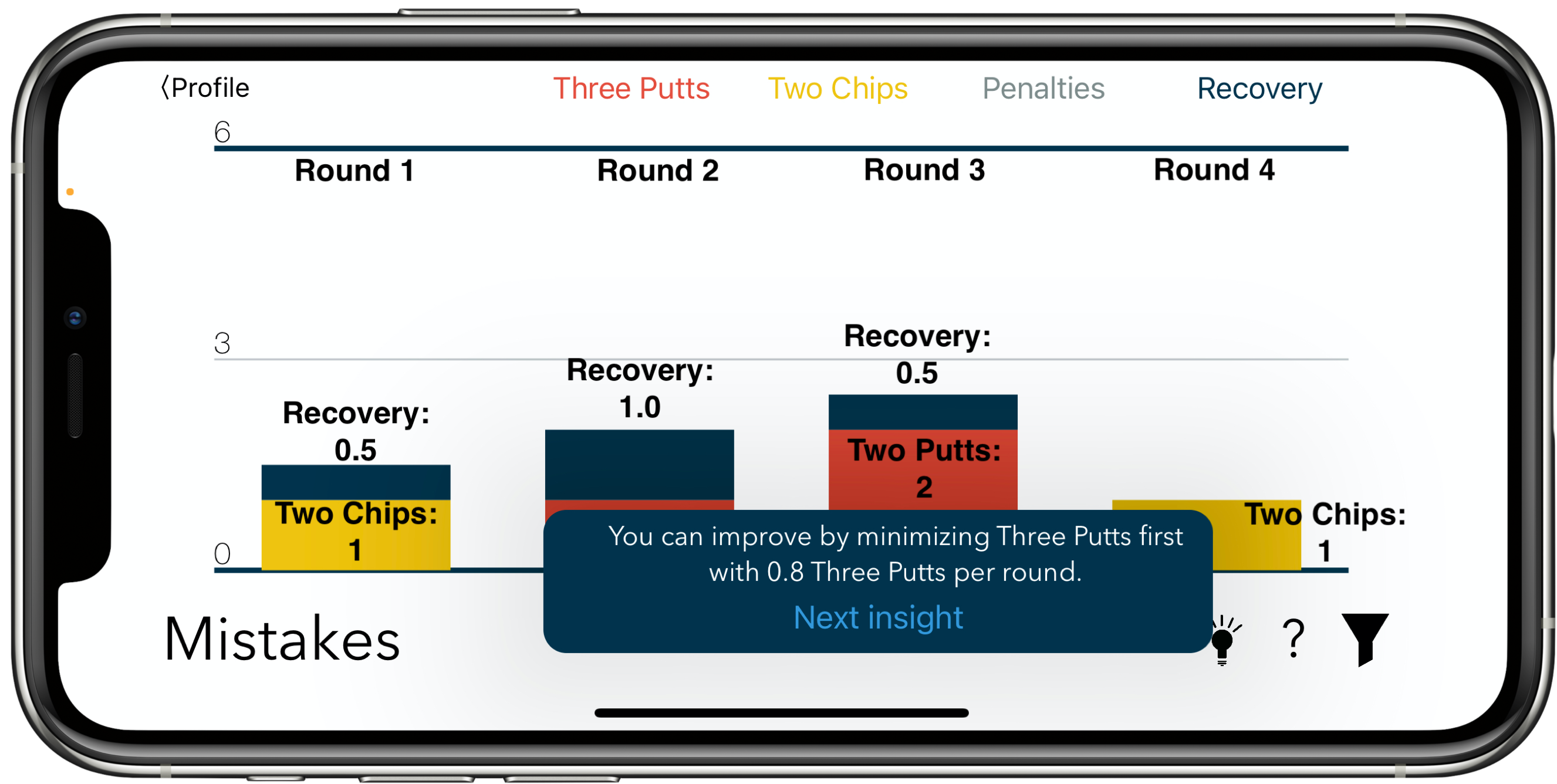 Overall, DeChambeau putted well, finishing 18th in the field for Strokes Gained Putting. He gained strokes putting in every round except for the third. Using the V1 Game Post Round Summary for the third round, we can see that he lost strokes because of two three-putts and two short misses inside six ft. His three putts were from 30-50 feet, which is not unexpected on the difficult greens at Winged Foot, but the easy-to-digest output guides DeChambeau on where he needs to focus his putting practice.

Adding it all up, where DeChambeau really won the tournament was on the ninth hole. In the final round, he sank a 38-foot putt for an eagle at a critical time when Matthew Wolff had roughly 10 feet for the same. While Wolff also sank his eagle putt, DeChambeau’s putt had to be deflating as he maintained his one-stroke advantage and momentum going into the back nine, where Wolff finally faded. DeChambeau eagled the hole twice on the week, accounting for two of his 15 under-par holes. Only 16 other players had an eagle in the tournament and no other player had two or more. When under par holes are at such a premium, eagles go that much further. DeChambeau succeeded with long drives and accurate irons. 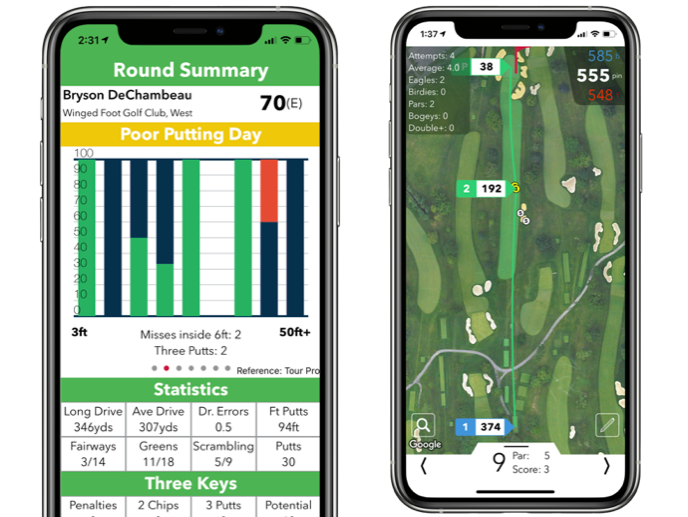 DeChambeau was already a good young player before he bulked up, but he may be a great player now. In addition to his prodigious distance, his short game and putting are improving. His ability to scramble throughout the U.S. Open was critical to maintain momentum and keep blemishes off his card. U.S. Opens are often just as much about avoiding bogey as they are making par and DeChambeau did just that by minimizing damage and making nothing worse than bogey. A truly impressive performance by one of the game’s hardest-working tour pros.

DeChambeau did not just stumble into better golf. He accomplished it by setting goals, measuring progress, and looking at data. If you are ready to put in work on your game, V1 Game has all the tools to help you do the same. Actionable data and measurable results. Let V1 Game’s all-new Virtual Coach and Virtual Caddie help you bomb it like Bryson.