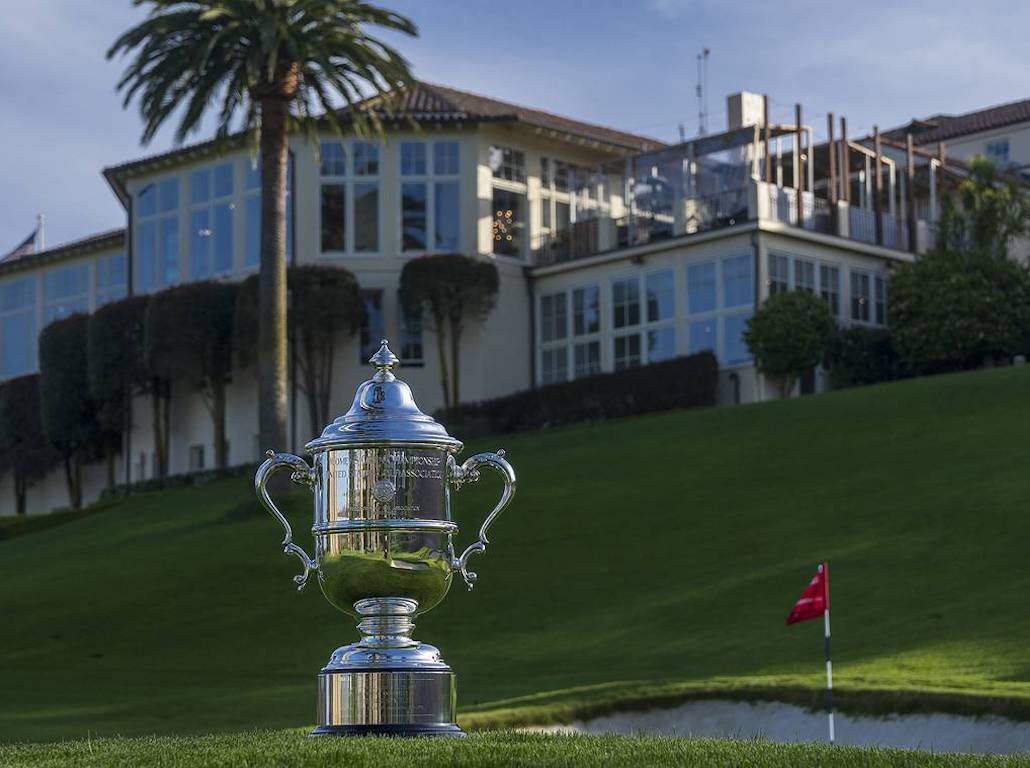 We’re not giving it away THAT easily, headline skimmers. It was THAT good on Sunday.

Through 10 holes of Sunday’s final round, there was little drama at Olympic Club in San Francisco. That seemed unfair to a club whose very name suggests the height of competition. Come to think of it, Lexi Thompson’s performance to that juncture was quite olympian in its dominance. She had reached 8 under par and was far ahead of all chasers. Her final-round partner, Yuka Saso, had tumbled from the mountain’s heights with consecutive double bogeys at the second and third holes. Along came Nasa Hataoka, a runner-up at the 2018 PGA Championship, with a back-nine run of her own. Thompson then created the drama with double at the 11th and bogey at the 14th. It was as if the inhabitants of Olympus themselves had grown bored and decided to inject the aforementioned drama into the proceedings. How did it finish?

Let’s begin with Saso. She began the day at 6 under one shot behind 54-hole leader Lexi Thompson. At the second hole, her drive squirted far to the right, and she needed two recovery pitch shots to reach the fairway. From there, a third pitch and two putts dropped her to 4 under. At the third, Saso tugged her tee ball into the left front bunker, then exploded to the green’s second tier. She was tentative with her attempt at par, and missed the second putt, making a second double bogey. Saso would find her compass, however. She made birdie at seven, bogey at eleven, and a pair of coming-home birdies at 16 and 17 to reach 4 under par.

Next came Hataoka. The Japanese champion, three times a winner on the LPGA Tour, opened day four with a birdie, then made a double bogey of her own at six. She bounced back with birdie number two at seven and added a third at the ninth. Her train paused momentarily with bogey at 11, then accelerated into the station with three closing birdies, at 13, 14, and 16. She was the first to reach the clubhouse at minus 4 and was joined minutes later by Saso.

And what of Lexi Thompson? If the words to Mighty Casey come to mind, alas, they are all too appropriate. Thompson wore the mantle of leader for so long, it grew heavy. After turning in 34 strokes on the day, a seer would tell her that a score of 39 coming home would win the trophy outright. Thompson is a power player, with a step-out follow-through. For 3.5 days, her swing was in sync, and the numbers were admirable. On Sunday’s inward half, everything came unglued. At 11, her drive went left, but her recovery was quite good, ending thirty yards shy of the green, leaving an uphill pitch for three. The swing decelerated and her wrists cupped, chunking the ball into the slope. From there, another pitch and two putts gave her a crushing double bogey.

Crushing? Not necessarily. Thompson made par at 12 and 13, but missed the fairway high and right at 14. Another pitch down left a wee recovery toss, and again, she was tentative. Two putts led to another bogey, her tally was five-under, and her lead had shrunk to one. Although she made par at 16, that might have been the hole that gutted her. Three perfect shots left her a twelve-foot, downhill run at birdie. For a time, the putt looked good, and what a boost that would have given her. It turned left with 18 inches remaining, and par was all that came of her excellent execution.

It might be too much to review her struggles on the closing 750 yards. Suffice it to say that she took nine strokes. Seven would have won the event. Eight would have gained her a spot in the playoff. Another drive left brought on the bogey at 17 while a misclubbed or mishit approach at 18 dropped her into the Lion’s Mouth bunker fronting the final green. Each of us would clamor for the chance to play as the professionals play, but none of us would ever wish to experience what Lexi Thompson did on June 6, 2021. Our hearts were with her.

And thus did Saso and Hataoka join in the second, two-hole playoff for a U.S. Open crown. The USGA traded its three-hole, aggregate-score format for a two-hole method in 2018. That year, Ariya Jutanugarn survived against Kim Hyo-joo after two additional, sudden-death holes. In 2021, Saso and Hataoka each parred the ninth hole, the first of two in overtime. At the tenuous 18th, the pair again traded fours, so it was off to another sudden-death resolution, the second in three playings of this event.

Return to the ninth tee, they did. And left did Yuka Saso go, into the rough. From there, she hit the approach shot of the week, slashing an iron out of the lettuce onto the putting surface, 10 feet from glory.

And just like that, one hole removed from draining an eight-footer to stay alive, Saso dreamed the birdie putt into the hole and tied Inbee Park to the day as the youngest U.S. Women’s Open champion in history. 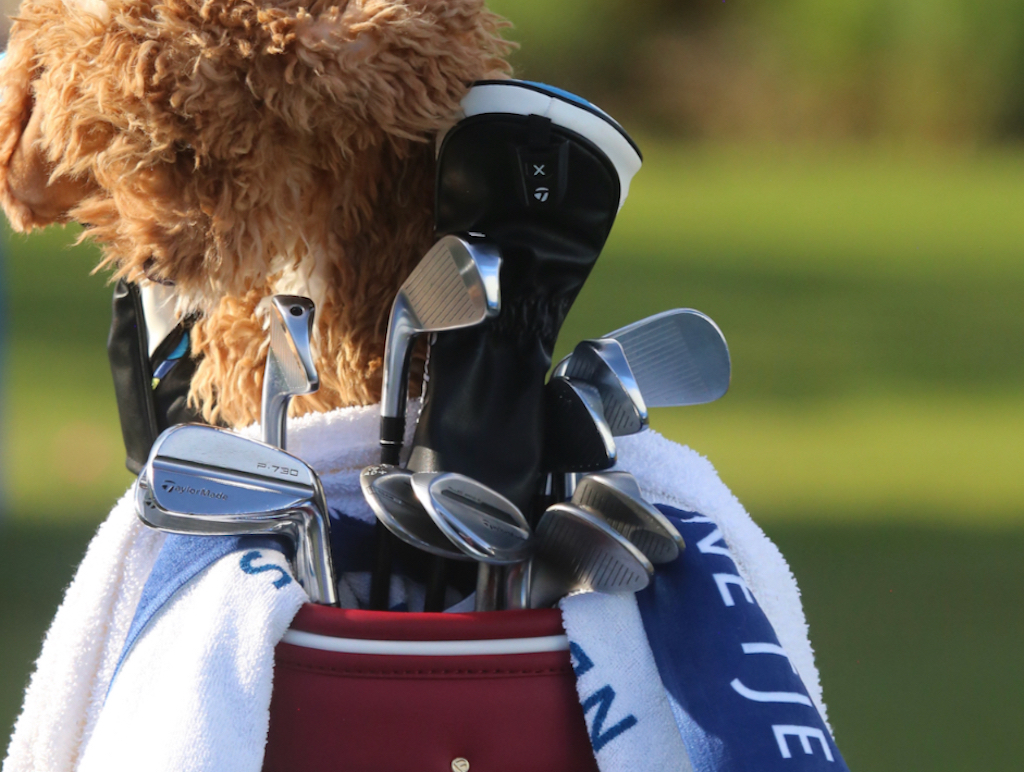 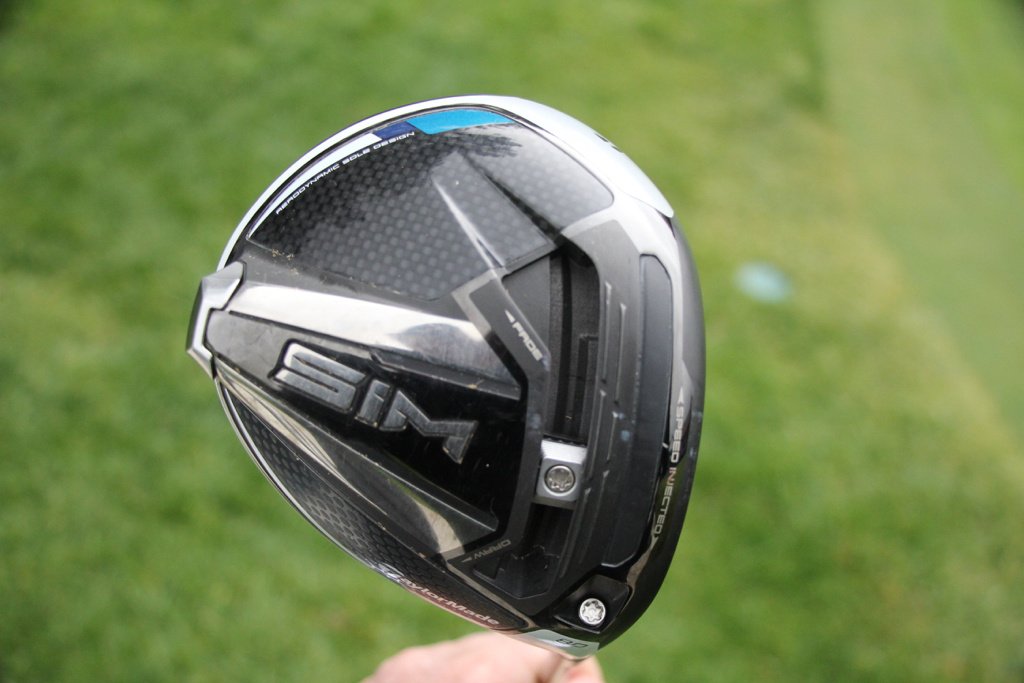 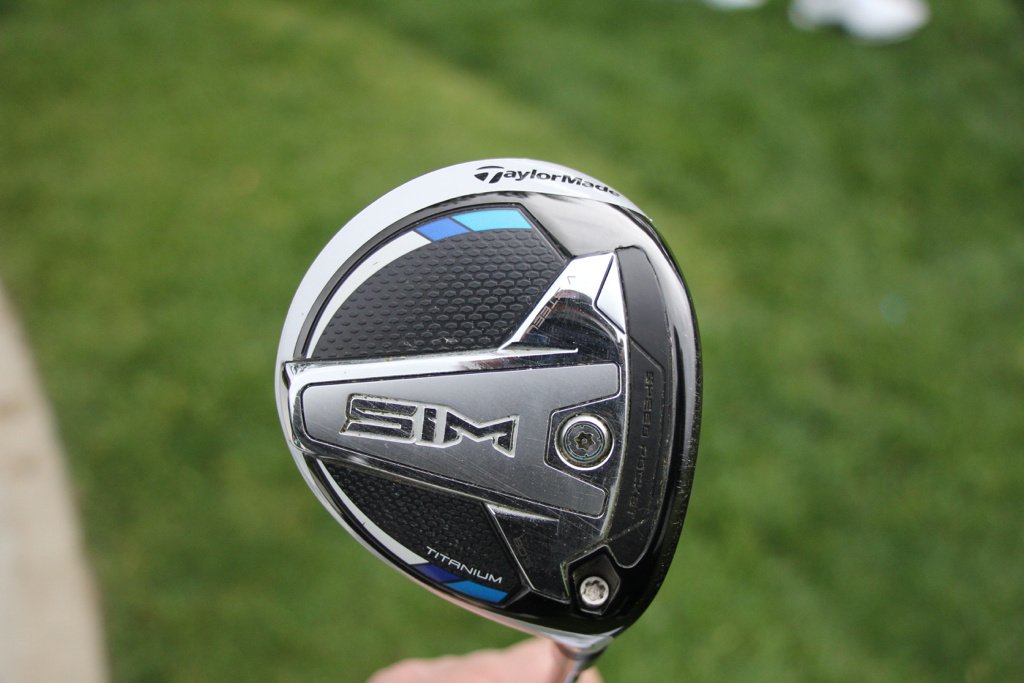 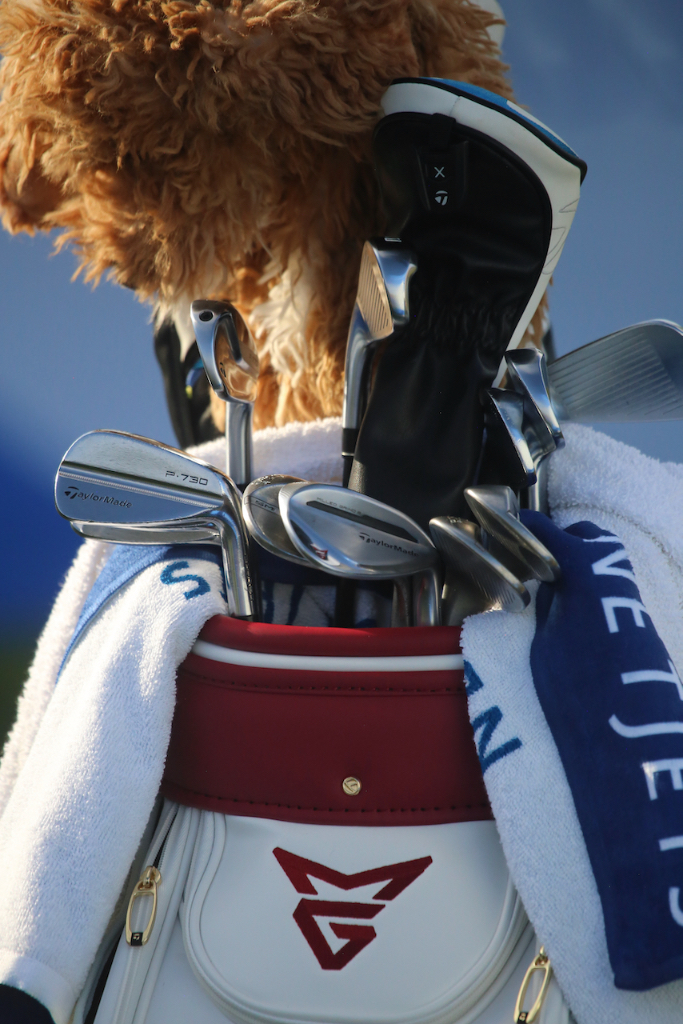 5 things we learned Saturday at the U.S. Women’s Open

The U.S. Open is all about hanging in and hanging on. The U.S. Open at the Olympic Club is all about avoiding that big number. The big number is all that keeps Brooke Henderson and Angel Yin from the top of the leader board. Its avoidance is all that has kept six golfers at the top of the charts. For giggles, imagine that Henderson and Yin toss rounds in the mid 60s on Sunday, and three or more of the top six struggle. You see where this leads, right? The 2021 U.S. Open is far from over, despite being three-quarters complete.

We learned five new things about this year’s competition, and we’ll share them with you now in the Saturday edition of Five Things We Learned at the U.S. Women’s Open.

1. Lexi Thompson has a chance

She’s in the lead with one round to go, but it’s not a large lead. Thompson missed the first three greens but recovered with a putt, a chip, and a sandie. That’s three misses that might easily have turned into bogey. See where this leads? Lexi’s misses have been left off the tee, no matter the club. She missed left off number one with driver; two with fairway metal; and three with iron. Her step-out move, where the lead foot jumps left to help clear the hips, can lead to the miss left.

On her side is her touch. She is putting from off and on the greens with tremendous pace awareness. Her sand game was impeccable, with wonderful up-and-downs at three and seven on day three. Her chipping through the thickish greenside rough has been forceful. All those things led to 66 on Saturday. Lexi has finished inside the top 10 at the Open on four occasions, including a career-best T2 in 2019. What will 2021 bring?

.@Lexi is in the LEAD in the #USWomensOpen!

She birdied the par-5 17th hole to get to 7-under par at @TheOlympicClub. pic.twitter.com/jgLRxXE8WQ

2. Yuka Saso is seeing all of the Lake course

The fearless young Filipina apparently has no problem making bogey. For a brief moment late, she was tied with Lexi Thompson for first, but made bogey at the last to fall back to 6 under par. The foozle was her fourth on the day, matching her birdie tally. Saso’s story could be much different if she had the ability to corral her emotions and game and avoid the bogey derailments. Saso reached eight deep at the 10th hole but made back-back bogeys at 13 and 14 to fall back.

What led to her bogeys? At four, she reached the green in regulation but putted timidly down the slope from distance, and missed the next one for par. At 13, she short-sided herself against a sucker hole location and could only minimize the damage by pitching to green center. At 14, she again overcooked an iron to the left and was unable to pitch and putt for par. At the last, her approach from the fairway did not release left. Instead, it nestled in thick greenside cabbage, and once again, minimized her options.

Saso will need better approach play on Sunday if she is to challenge Thompson for the title. She certainly has demonstrated the game, but will she pair it well with the proper demeanor? That remains to be seen.

Co-leaders in the 76th #USWomensOpen!

Yuka Saso's birdie at the 17th hole ties her with @Lexi at 7-under par at @TheOlympicClub. pic.twitter.com/jsoIN5rKKh

It’s only fair to recognize the effort that the Englishwoman put forth in this year’s championship. She held a share of the opening-round lead but turned in higher and higher scores as the weekend arrived. On Saturday, Reid foundered with three double bogeys and five singles on her way to 78 and a tie for 23rd. As if mocking her plight, the golf gods allowed her to hole a 100-yard wedge for eagle two at the 11th hole. Alas, that moment and her birdie at the 15th were the only bright spots on a forgettable day for Mel Reid.

4. What to do with Megha Ganne?

She’s precocious in her confidence, and her game has held up through three rounds. Ganne will again play in the penultimate pairing, this time with 2019 Open champion Jeongeun Lee6. Ganne has gone from 6 birdies to 3, to 2 on Saturday. This trend does not bode well. Either she is timid in her approach shots, or she is conservative in her strategy. What does Megha Ganne want from Sunday? She should want to play like she did on Thursday: fearless. Neither crazy nor casual, but fearless. Maja Stark is but four shots behind in the race for low amateur, so that prize is not guaranteed. If Ganne rediscovers her vibe from day one, she’ll make a run at the title and cement the low amateur baubles. If she plays like she did over the last 36 holes, well, you can extrapolate.

They say that the U.S. Open chooses you. It has already chosen Jeongeun Lee6 once, and it will select her again on the sixth day of June, 2021. Lee Thee Six did nothing on Saturday to confirm this hunch, and she will begin the final round four strokes behind the leader. She will begin it one group ahead of the leader, and we predict that she will be 3 under on her round by the sixth hole. This fast start will catch the attention of the top pairing, and will ultimately allow her to add a second Open trophy to her shelf.