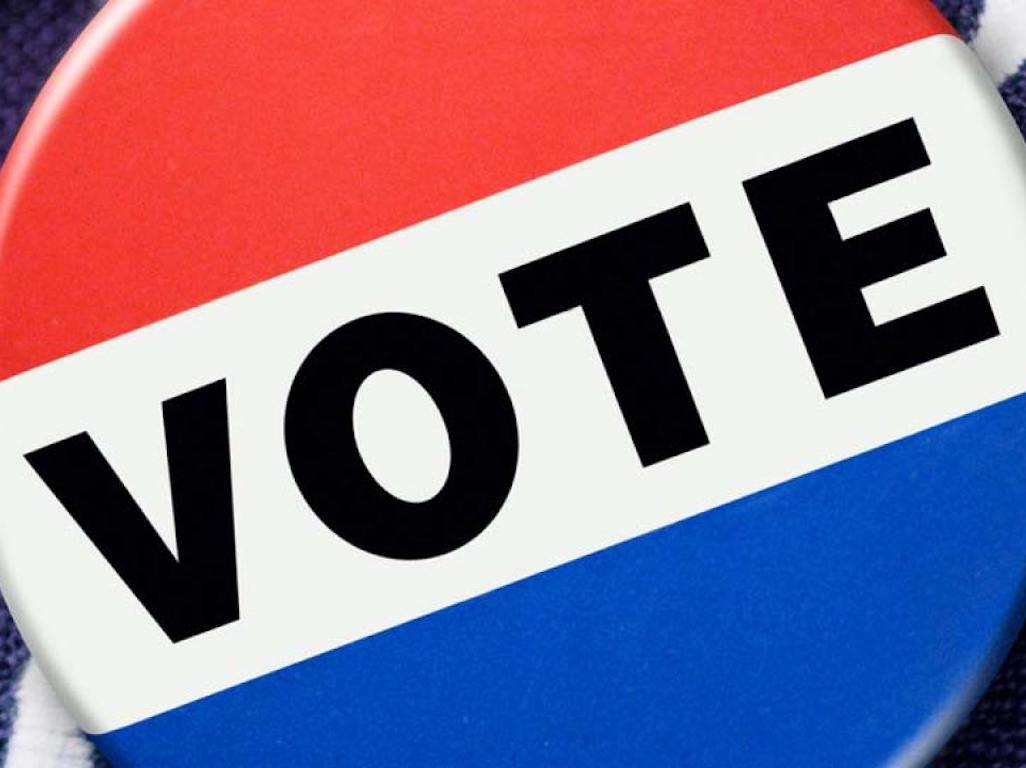 The bedrock of GolfWRX.com is the community of passionate and knowledgable golfers in our forums, and we put endless trust in the opinions of our GolfWRX members — the most knowledgeable community of golfers on the internet. No other group of golfers in the world tests golf clubs as frequently or as extensively, or is armed with such in-depth information about the latest technology.

We just launched our 2020 GolfWRX Members Choice awards and the polls are now open for drivers, fairway woods, and hybrids. Each category is stacked with models from every single OEM and we want to hear from you, not just with a vote but with your comments too.

Check out the polls in the GolfWRX forums below!

Additionally, we’re looking for your suggestions in several other categories.

AP report…”Cameron Smith birdied the difficult 17th and 18th holes at Harbour Town to shoot a 9-under 62, his career low on the PGA TOUR, and take a one-shot lead over Stewart Cink at the RBC Heritage on Thursday.”

2. Lotte Championship: Another low one from Ko

AP report…”Lydia Ko went low again, shooting a 9-under 63 at Kapolei Golf Club on Thursday to take a 3-stroke lead midway through the second round at the Lotte Championship.”

AP report…”Alejandro Canizares defied chilly and windy conditions to shoot a 5-under 67 Thursday for a one-stroke lead after the opening day of the Austrian Open.”

Cameron Morfit for PGATour.com…“In his first interview since winning the Masters and returning home to Japan, Hideki Matsuyama said becoming the first from his country to win the coveted Green Jacket…was almost too overwhelming to think about as he navigated the course Sunday.”

Golf Channel’s Brentley Romine…”Coming off his runner-up showing at the Masters Tournament, the 24-year-old Zalatoris got right back on the saddle Thursday for his first round of the RBC Heritage. He carded five birdies as part of an opening 3-under 68, which had him five shots off the early lead set by Stewart Cink.”

Tom Schad for USA Today…”The International Olympic Committee has said it will not require athletes to be vaccinated prior to competing this summer, though IOC president Thomas Bach has strongly encouraged athletes to take them.”

Our Gianni Magliocco…”Hideki Matsuyama’s victory at Augusta National has taken the golf world by storm, and it could pave the way for monstrous endorsement deals for the 29-year-old, according to a Sports Marketing Expert.”

A look inside the bag of the RBC Heritage leader. 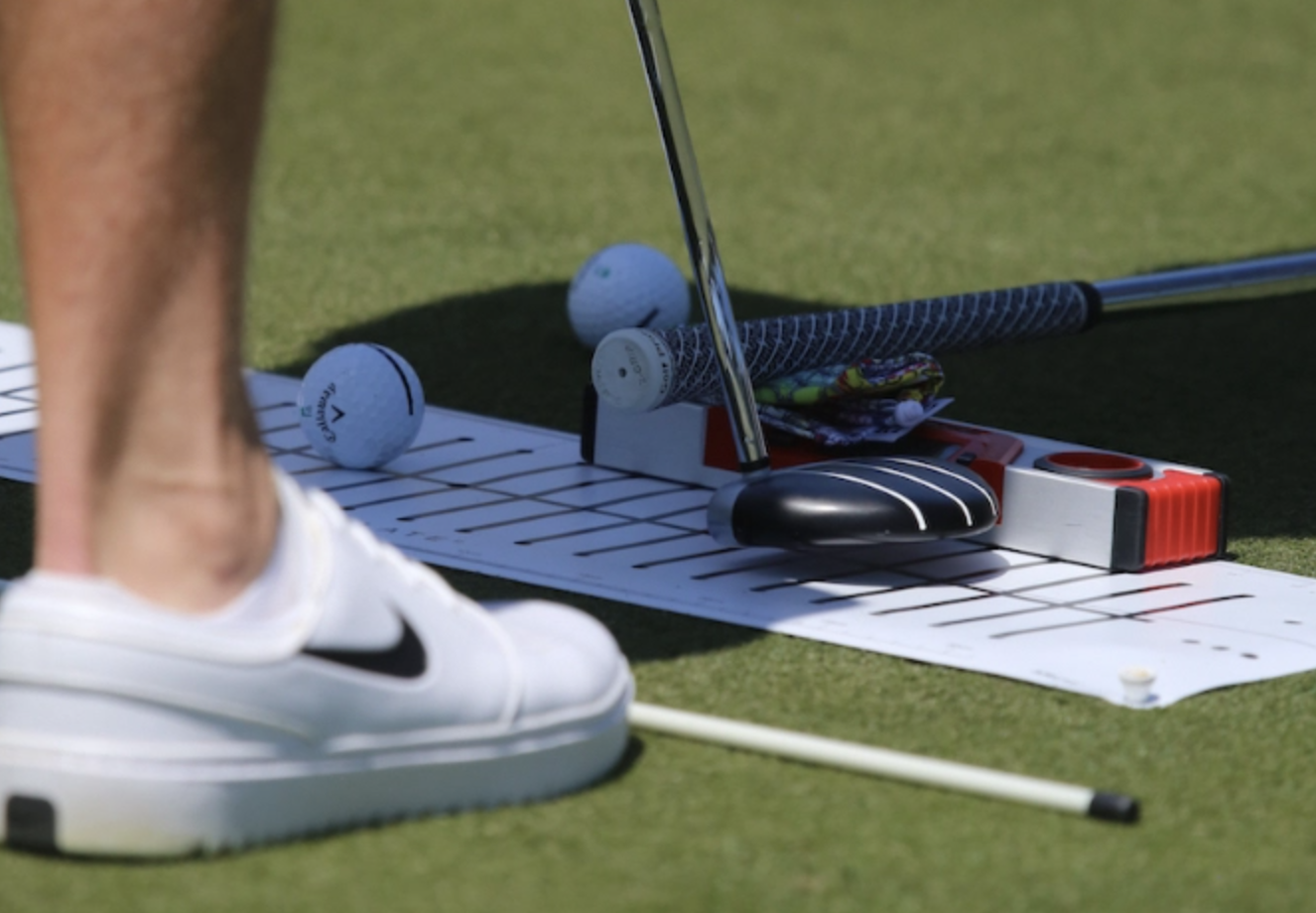 The first round of the RBC Heritage gets underway today and with that, we have an unprecedented part 3 of our most interesting pictures from the event. As a refresher, the field of 134 is battleing on the tight treeline Pete Dye designed course, for the $7.1 million purse with $1.28 million going to the winner.

In part one of this week’s “most interesting photos”, we covered putters, for part two we covered some of the action around the course, and for part 3 we have a little bit of both.

Don’t forget you can check out all our image galleries in the GolfWRX Tour Equipment forum.

Snedeker with that “new driver” look 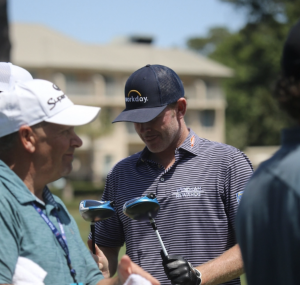 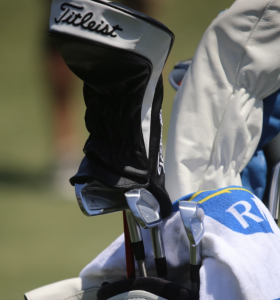 The 2012 FedEx Cup champ is quietly one of the biggest driver testers on tour, and he was looking thirsty at a couple of TaylorMade SIM2 drivers on the range. Also noted his Miura CB-301 irons.

Build your own training aid

Path board – check, digital level – check, alignment rod – check, extra club – check. Why spend all kinds of money when you can just build your own simple training aid? 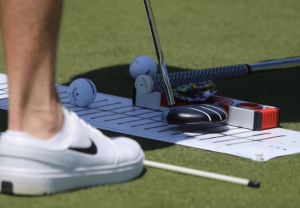 Its armlock – but backward 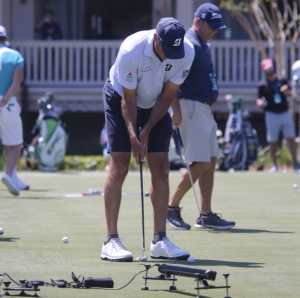 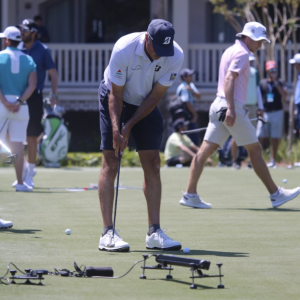 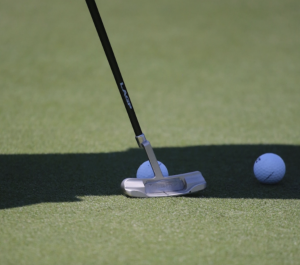 Matt Kuchar brought the arm-lock style to the PGA Tour and it looks like he might be changing course again since he was spotted testing a “reverse” arm-lock Bettinardi on the practice green of Harbour Town links. This is a reverse style because the grip rests against the trailing arm versus the lead one.

Maybe graphite is the new steel 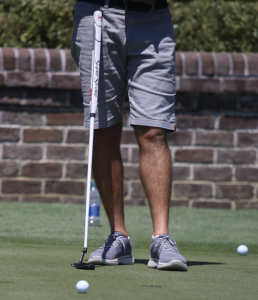 We’re not sure whose caddie this is, but the interesting thing in this photo is the graphite shaft in the putter. Although Bryson wasn’t the first, he certainly has opened the door for more players testing and putting ultra-stiff graphite shafts into their putters for stability. 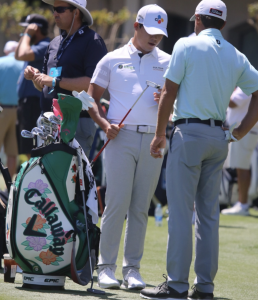 Everyone knows Charles Howell loves to talk gear, and here he is chatting with Si Woo Kim about a couple of putters—just imagine the nerd level conversation being had. 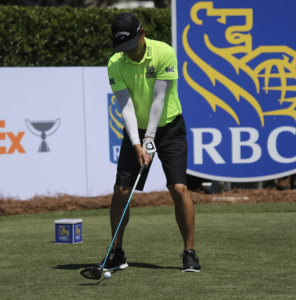 Kevin Na is one of the last holdouts on tour with an original Epic driver in the bag, and again this week we spotted him testing one of the new Epic Speed drivers. Considering his chances this week based on the course length, it will be interesting to see if he officially made the switch. 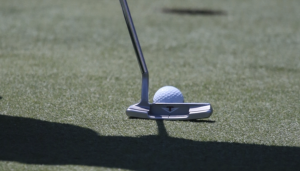 Maverick McNealy’s slant-neck San Diego has a very different shape from the retail version and looks to be both longer heel to toe and also shallower—it reminds this writer of the classic Ping Anser 4.

Davis Love III has a full bag of familiar sticks 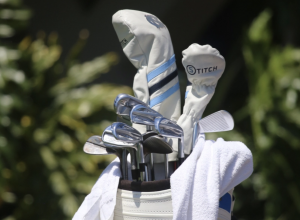 Davis Love has won the RBC Heritage 5 times (yes, 5) and this past champion has a full bag of Titleist gear including 718 AP2s and SM8 Vokey wedges. You can get all his full WITB here: Davis Love III WITB RBC Heritage

Who has 2 thumbs and loves to test putter? Matt Wallace 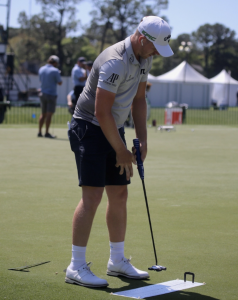 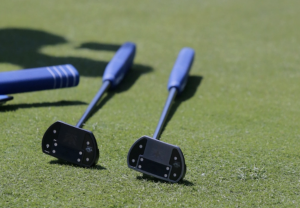 Matt Wallace was working with a number of Toulon putters Tuesday, and although they all had something a little different to offer, the one thing that stayed the same is his preferred 2-Thumb grip.

The grind doesn’t stop for Furyk 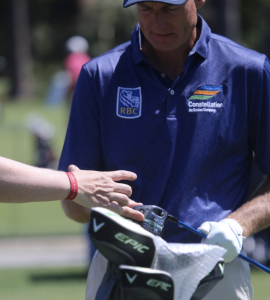 Did you know Jim Furyk is 3rd all-time on the PGA Tour career money list with over 71 million buckeroos banked. Crazy right? So imagine the drive it takes to continue to work your butt off week in and week out on both the PGA Tour and Champions Tour to find every edge.

Speaking of edge, Jim was seen on the range working with Callaway tour reps on a Callaway Epic Speed triple diamond to hopefully gain a few mph of ball speed. Gotta respect the grind.

Good Thursday morning, golf fans. A smattering of odds and ends this morning as the golf mediaverse nurses its collective Masters hangover.

1. A sports book is coming to TPC Scottsdale

David Purdum at ESPN…“The PGA Tour is putting a retail sportsbook at TPC Scottsdale, one of golf’s most raucous environments.”

Golfweek’s Steve DiMeglio…“Despite all the heady stuff going on in his world, Zalatoris remains level-headed. His meteoric rise – he was ranked 1,514th in the Official World Golf Ranking in April of 2019, was 483rd in April of 2020 and now rests at 27th after nearly becoming the first rookie to win the Masters in 42 years – hasn’t changed his good nature and calm demeanor.”

3. More thoughts on the possible coming surge in golf, equipment sales in Japan

Mike Stachura for Golf Digest…“Because as challenging as closing the deal on becoming the first Japanese-born male golfer to win a major championship clearly was during Sunday’s frenetic finish, now the shy, workman-like Matsuyama stands at the forefront of what one long-time Japanese golf business observer called “an epoch-making event.” Japan may comfortably stand as the world’s second largest golf market, accounting for a fifth of the global golf business all by itself, but it is long removed from the country’s golf boom of the late 1980s and ’90s. With the last decade seeing flat revenues and declining play and players, Matsuyama’s win is an opportunity to inject new life in a nation that has been waiting for a golf moment like this for more than half a century.

Brian Wacker for Golf Digest…”Boo Weekley hit a small bucket of balls on a driving range last week, yellow ones to be precise. He was wearing a mesh trucker’s cap, wrinkled tan shorts and a faded, loose-fitting gray t-shirt with the image of a large deer head and a tree screened on the back between the words “Save a tree, Harvest a buck…”

Brittany Romano for Golf Digest…“Piggybacking off the WNBA’s wildly popular logo hoodie launched last fall, Michelle Wie has teamed up with the LPGA to release a golf version that is expected to create a lot of buzz. The tie-dye hoodie officially launches next week, but we got a sneak peek of the LPGA logo sweatshirt when Warriors guard Damion Lee was seen wearing it while traveling. The image was tweeted by the LPGA Twitter account and the hoodie almost instantly sold out on the LPGA merchandise site. The hoodie is expected to be restocked over the weekend”

Our piece for PGATour.com…”As Hideki Matsuyama brushed in his winning putt at Augusta National on Sunday evening, the setting Georgia sun glistened off his 2012 Scotty Cameron Newport 2 Tour Prototype as he carried the wand with him off the famed Georgia course’s 18th green.”

Justin Ray of the 15th Club writing for PGATour.com…“While Simpson has flashed strong approach play consistently over the last several seasons, it’s far from the only reason he is among the best players in the world. Simpson essentially does everything well.”

8. Billy’s apology for returning club to bag with great authority.

I apologize to Augusta National, the Members of the Club and to the patrons for any conduct that may have crossed the line. I am always trying to improve and do better; as a golfer, husband, father, or as a human being. Thank you @TheMasters for a memorable week! 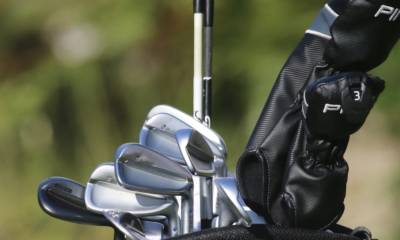 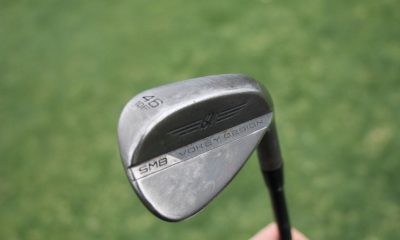