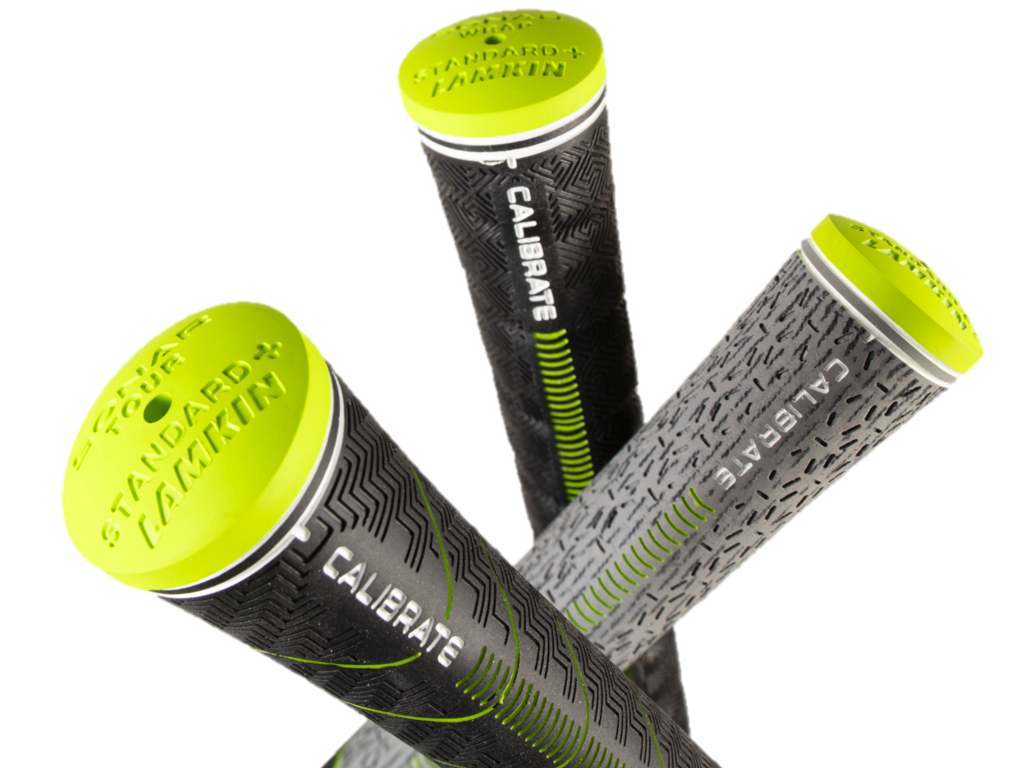 New for 2020, Lamkin is introducing Calibrate Technology to their ST family, and the ST+2 Hybrid Calibrate grip features the most prominent reminder spine of any grip ever produced by the brand which bids to help optimize hand placement, club face awareness, control and feel.

On both new models, each grip incorporates two distinct zones. The upper of each grip features an infused cord designed to provide enhanced traction for the anchoring hand, while the tacky lower section aims to provide control and stability to the guiding hand. The midsized-plus profile (plus 2) has a reduced taper designed to meet the needs of a wide variety of players.

In addition to the ST family, Lamkin will also be adding Calibrate Technology to its Sonar family with the Sonar+ Wrap Calibrate and Sonar+ Tour Calibrate.

The Sonar+ Wrap Calibrate is the first wrap grip to incorporate reminder technology. In addition to Calibrate Technology, the grip features the brand’s Genesis Material and Fingerprint Technology – designed to add a consistent micro-texture surface pattern for slip-resistant control and omni-directional traction.

“2020 is shaping up to be one of the most exciting in our 95-year history, as we’re introducing breakthroughs both in material and design innovation. Genesis Material has been a complete gamechanger for us and the addition of Smooth Tack further exemplifies how the materials used in a golf grip can be engineered to impact performance, confidence and the lifespan of the product.

“With Calibrate we saw an opportunity to vastly improve the reminder / ribbed grip category, and it is without doubt a substantial advancement over what is currently on the market not only in performance but also in ease of installation.”

The new additions will be available at retail and LamkinGrips.com nationwide beginning February 2020.

Forum Thread of the Day: “Funky equipment in the bag?” 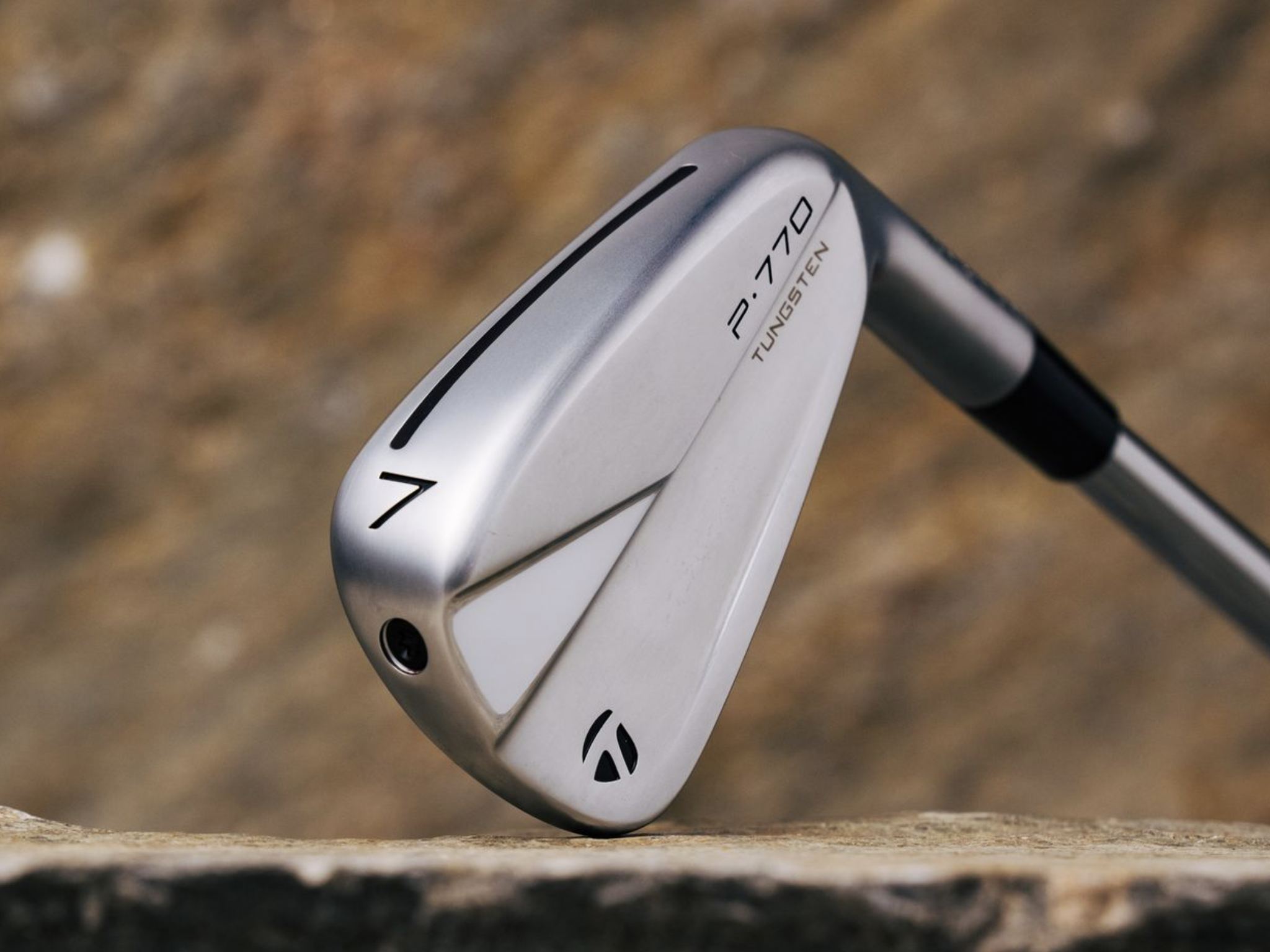 TaylorMade Golf has today announced the latest evolution of its acclaimed P700 Series with the all-new P770, P7MC and P7MB iron. 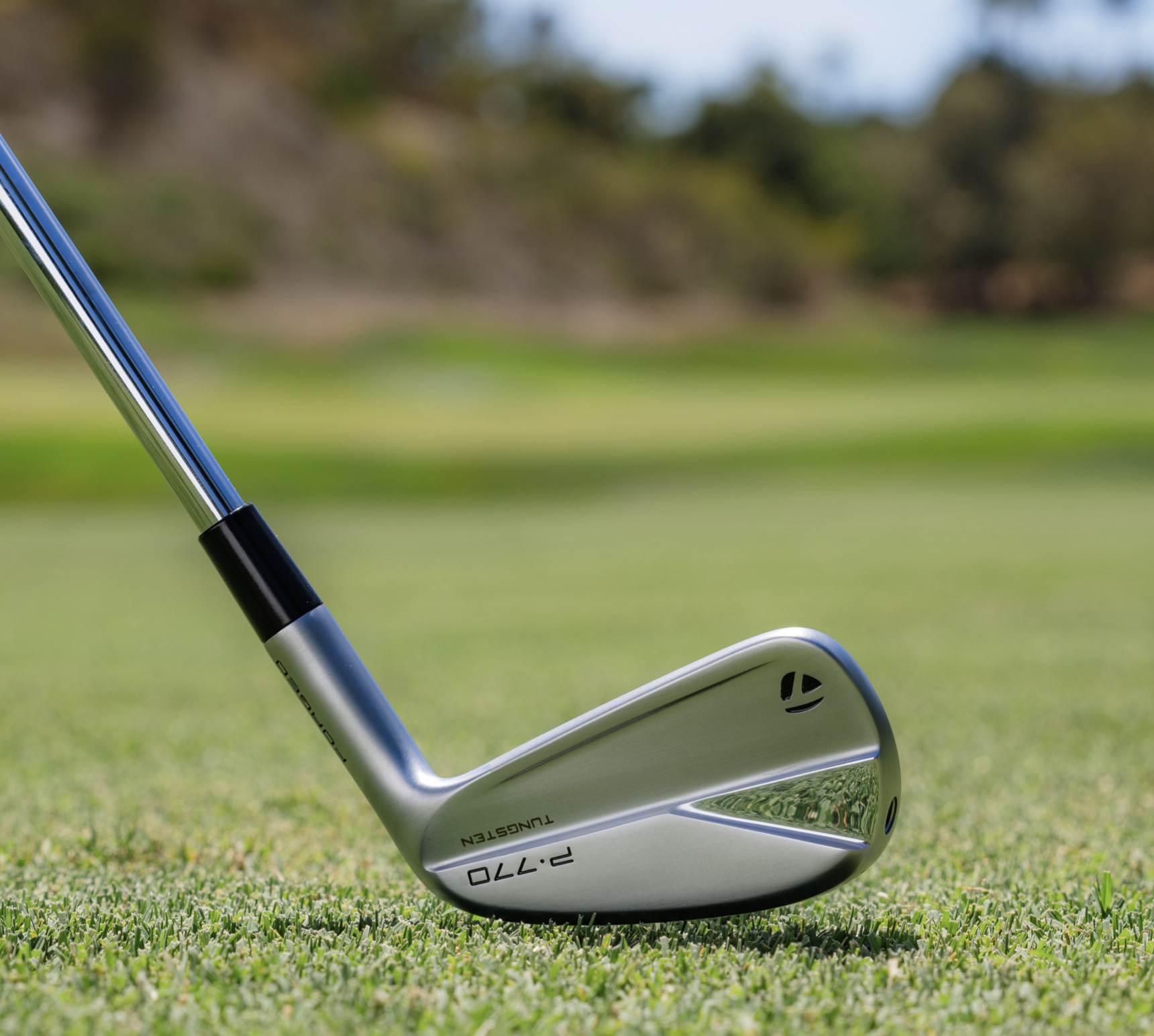 The all-new P770 irons feature a thinner top line, less offset in long irons and a shorter blade length when compared to the P790. With its hollow body construction and forged L-Face, the 2022 P770 is designed to provide elevated distance, forgiveness and excellent feel in a smaller sized head. 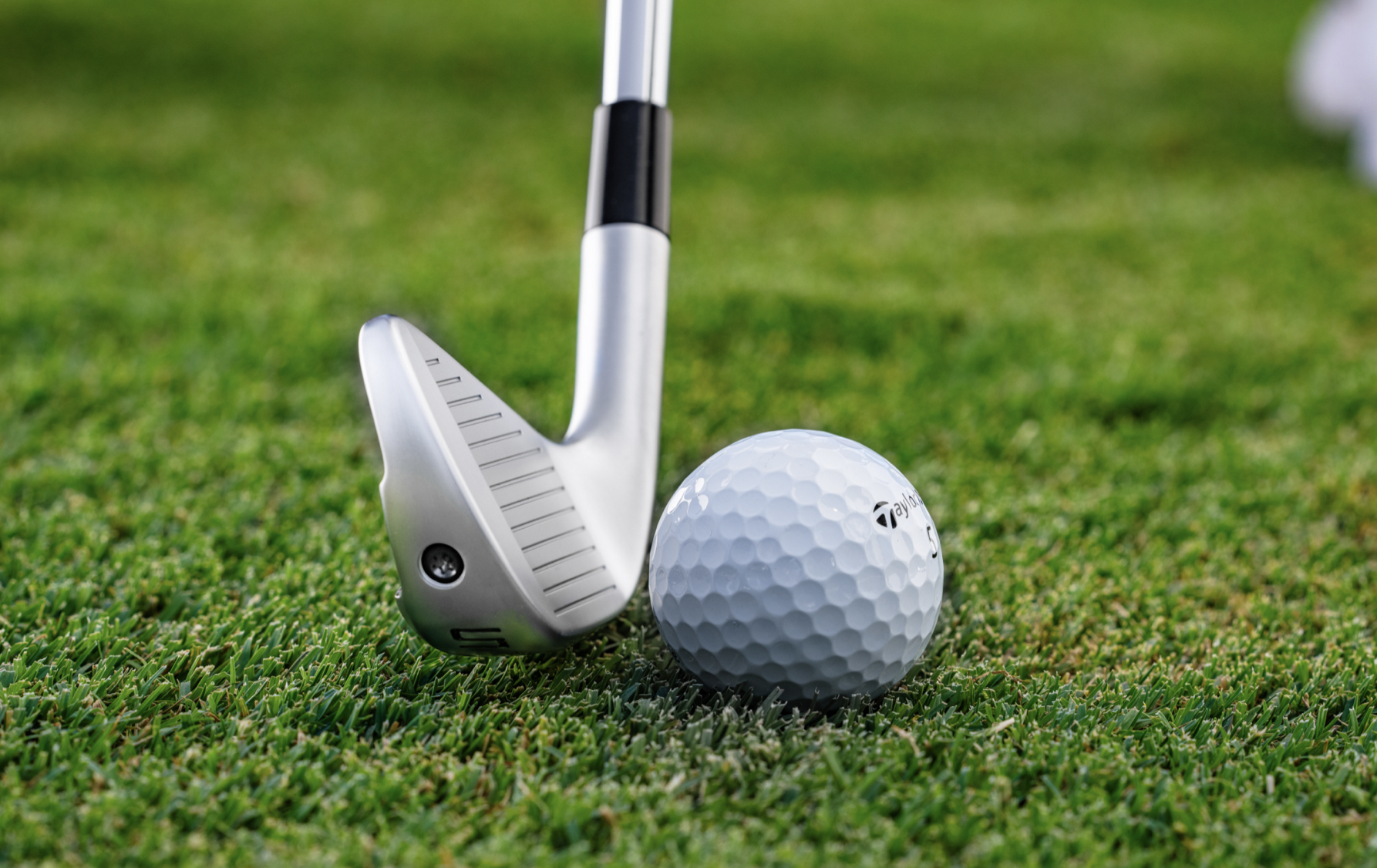 The P770 features FLTD CG, a strategic design that positions the center of gravity (CG) lowest in long irons and progressively shifts it higher throughout the set to the shorter, weaker lofted irons. The tungsten weighting scheme in the long and middle irons has been redesigned, shifting more weight to the longer irons’ low tungsten mass and a reduction in the middle irons’ tungsten, resulting in an ascending CG through the set.

The aim behind the FLTD CG strategic design is to create easier launch and playability in the long irons while optimizing trajectory and spin in the scoring clubs. 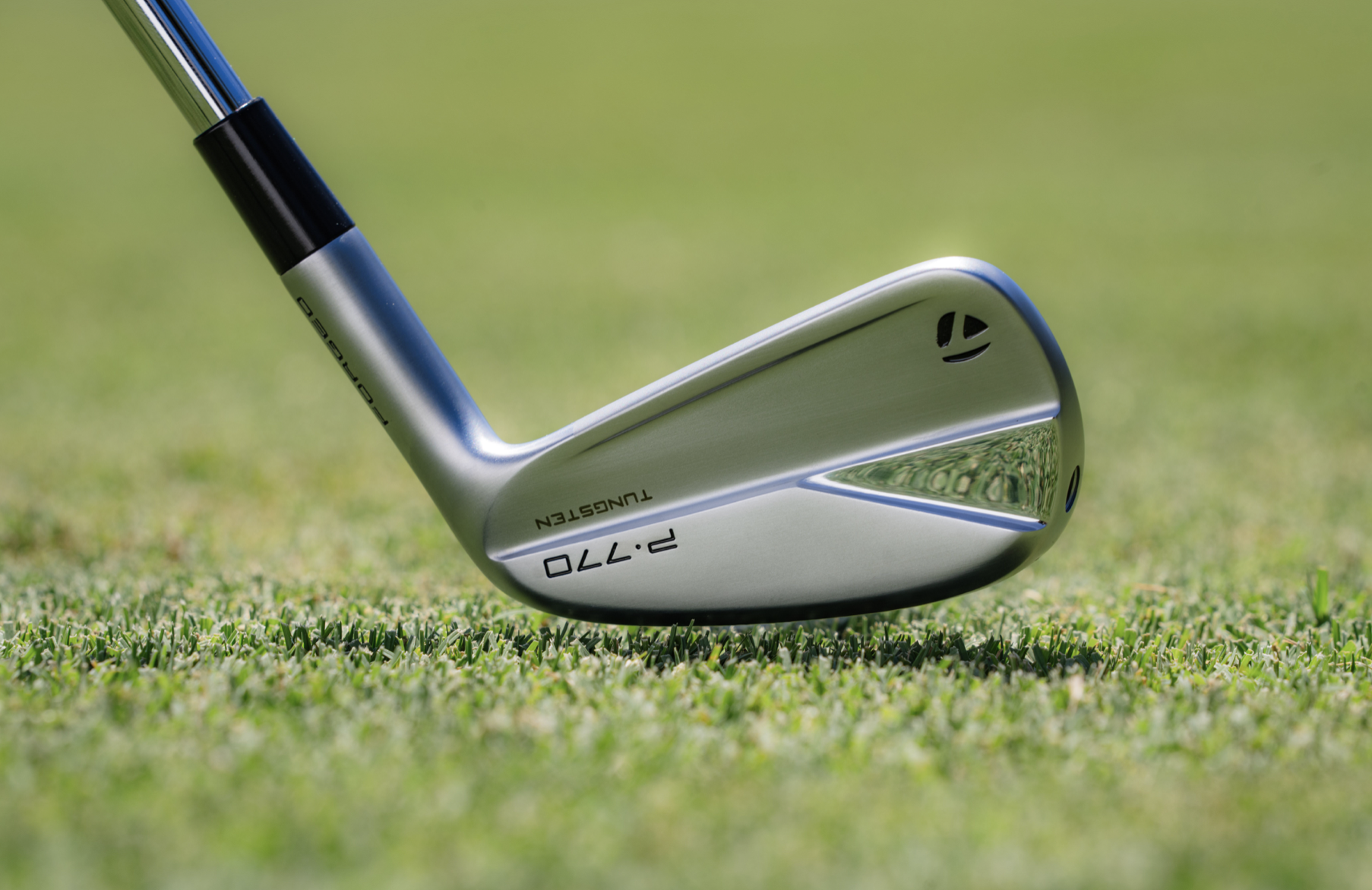 The P770 irons feature SpeedFoam Air, a technology introduced in 2021 with the launch of the P790. SpeedFoam Air dampens sound and strategically supports the face with a material 69 percent less dense than SpeedFoam, which was seen in the prior generation of the P770.

In addition to the added speed made possible by the thinnest P770 face TaylorMade has produced, the Thru-SlotSpeed Pocket and Inverted Cone Technology aim to help unlock increased ball speed across the face and forgiveness low in the face, where mis-hits happen most commonly. 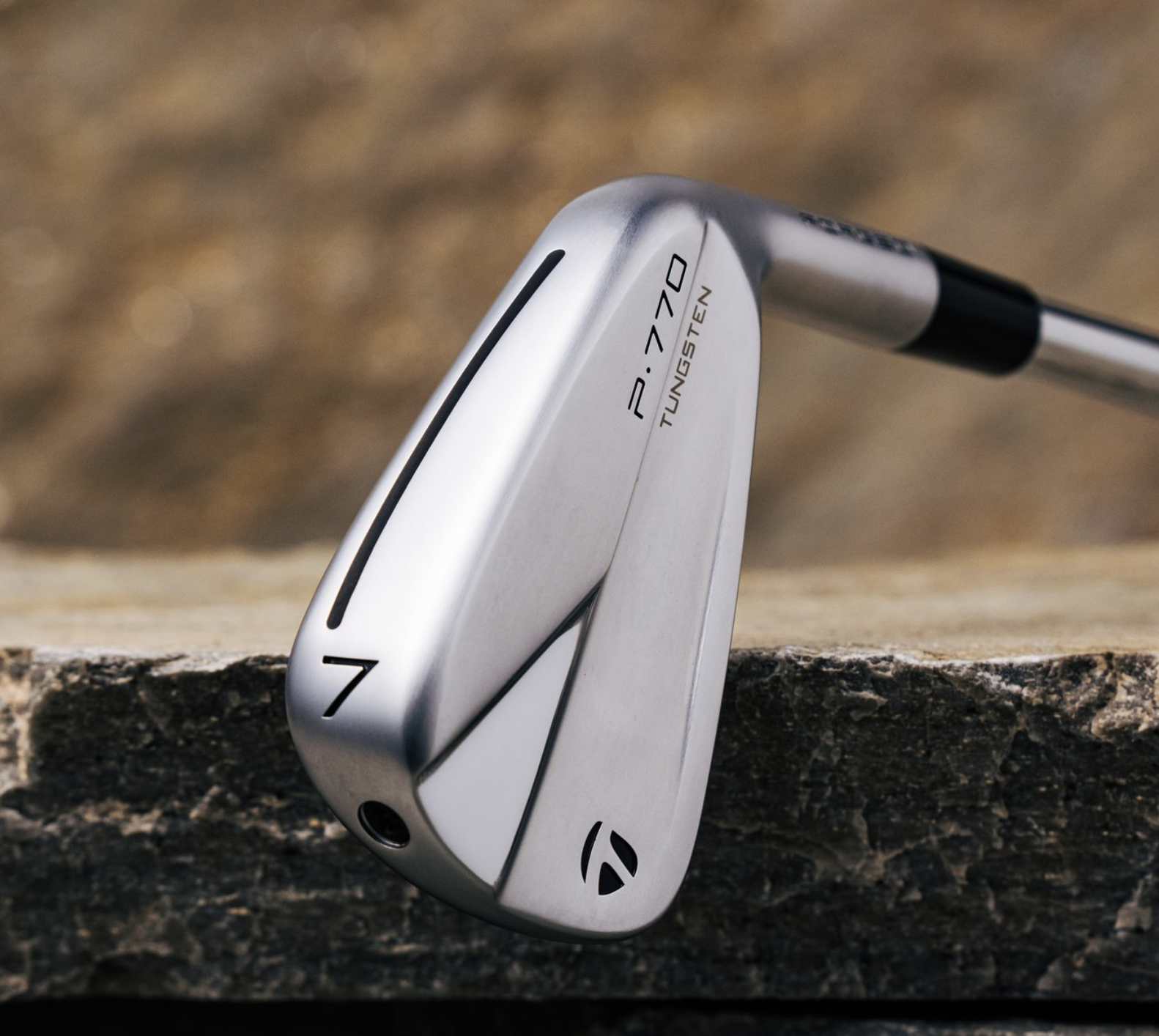 “P700Series irons need to be technical, elegant and timeless and the new P·770 design has all of that in spades. We wanted to take as much performance and hide it on the inside of the iron to where you look at it and it looks like a clean and classic iron with the pearl satin chrome finish and hint of mirror on the toe. On the inside, the technology we have poured in to this iron creates a product that we believe is truly one of one in this space.”–Matt Bovee, Director, Irons Product Creation 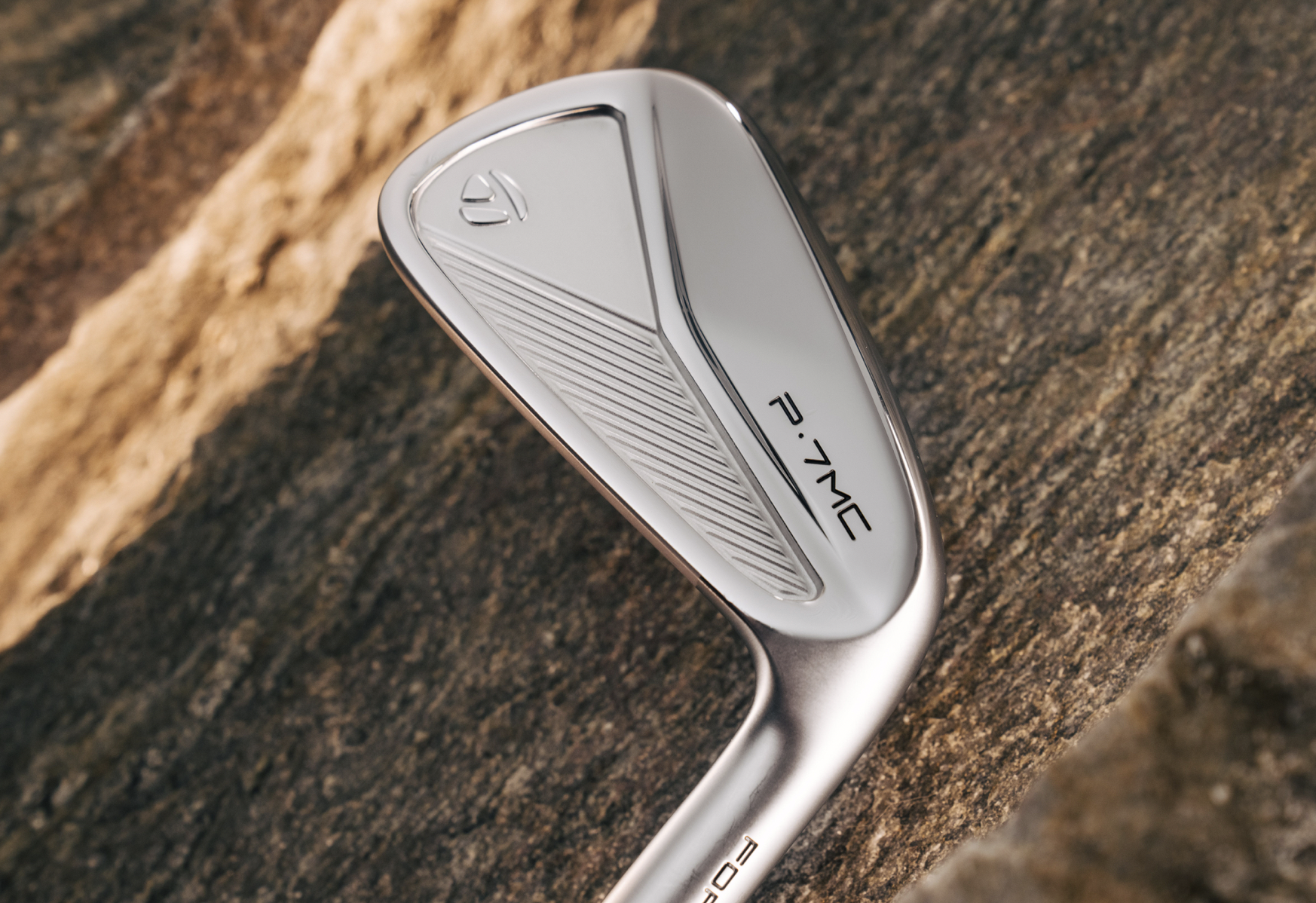 A narrow sole and tight leading edge aims to ensure consistency through the turf, while TaylorMade’s Compact Grain Forging process uses 2,000 tons of pressure, more than double the industry standard, with the additional force giving TaylorMade engineers precision control at a micro level, producing a tighter grain structure for the best possible feel and strength properties. 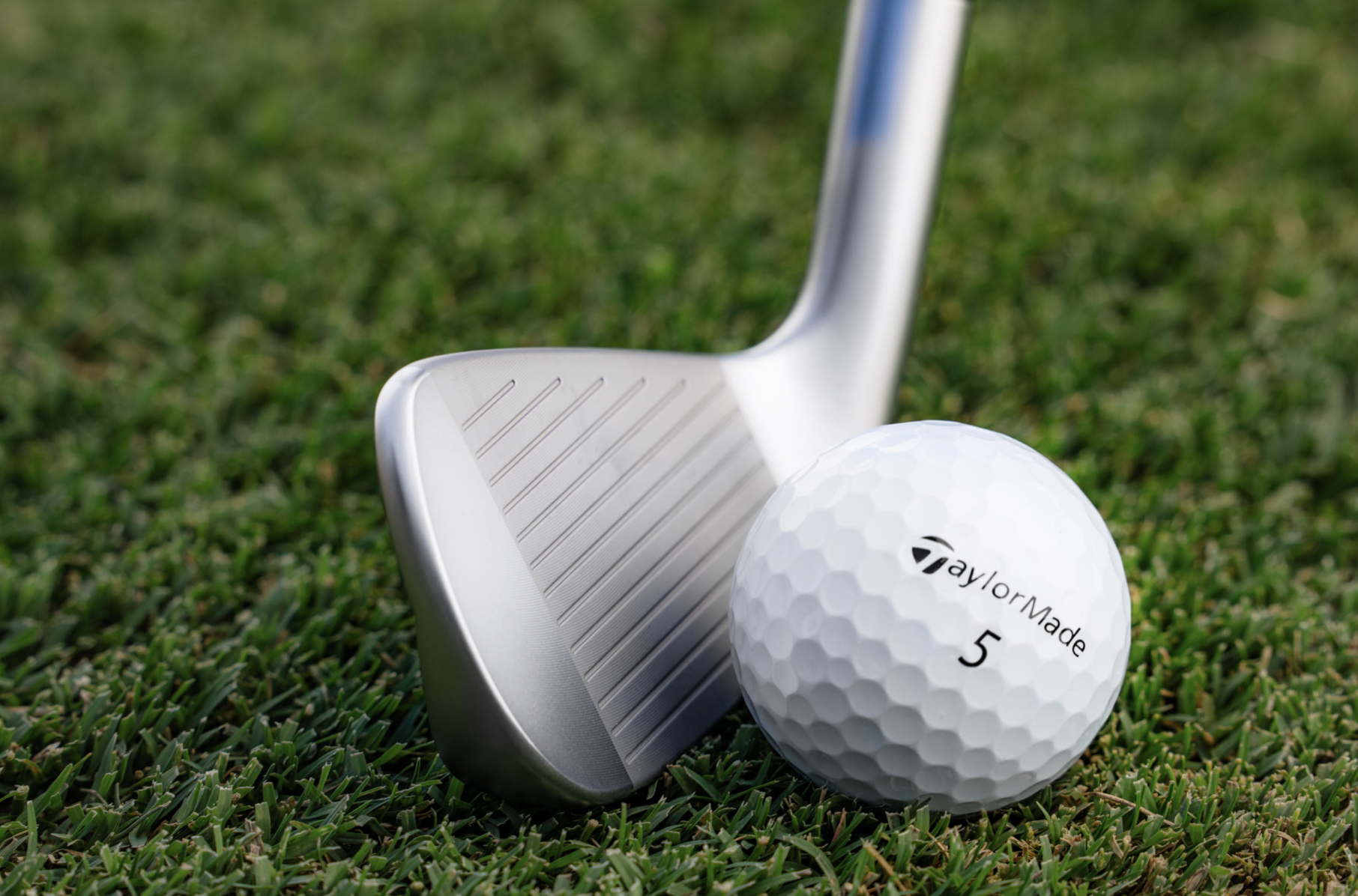 Compact Grain Forging seeks to deliver a refined composition inside and out, with the sophisticated craftsmanship coming to life with a satin finish and forged “Metal-T” within the cavity back.

Per TaylorMade, precision in P7MC is paramount, which is why the face of this iron is continued to be machined. Machining the face aims to ensure precision and quality with TaylorMade’s most aggressive score line geometry for exacting shot making. 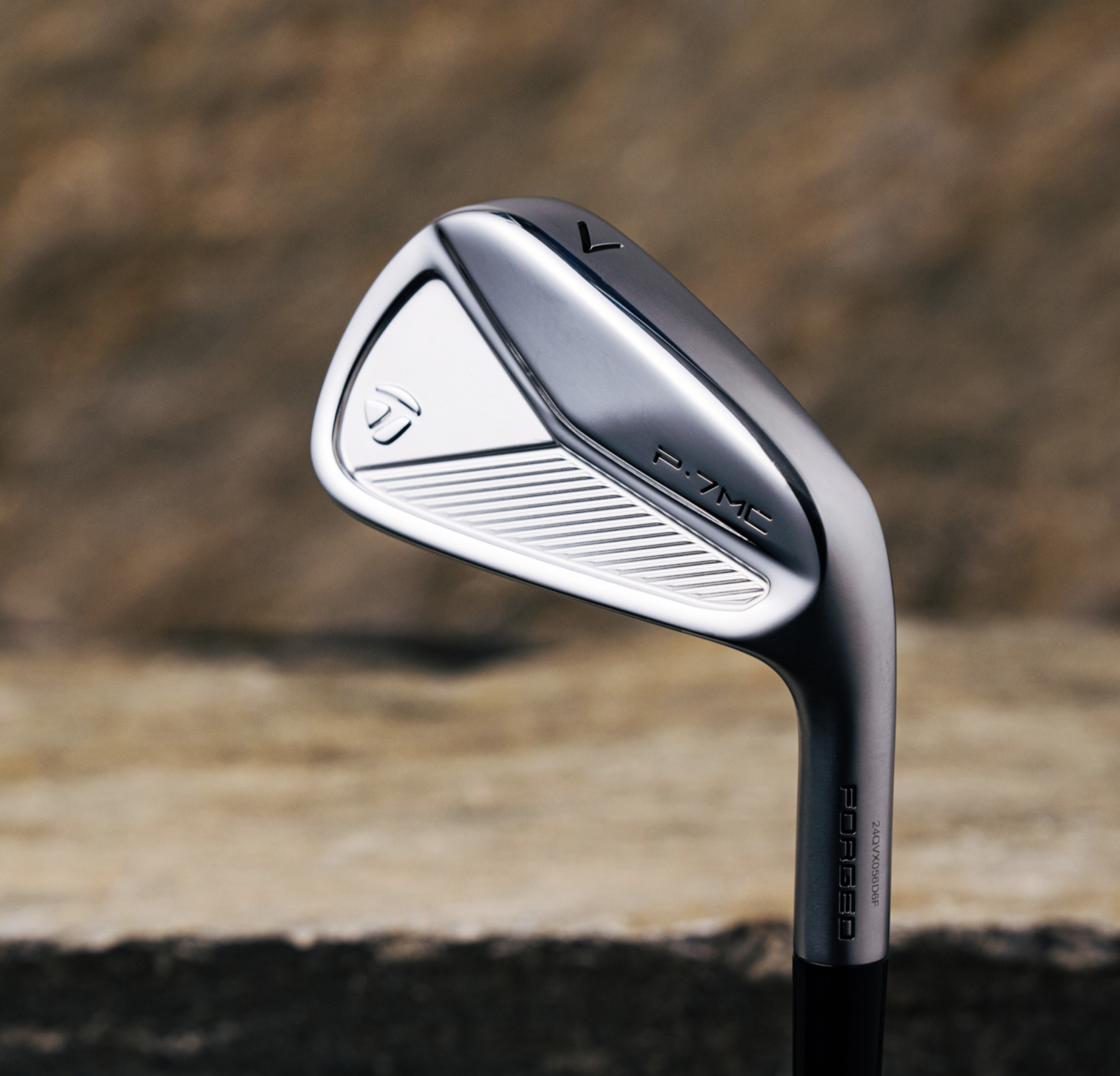 “There’s no better feeling than a solidly hit forged iron.For pure ball strikers, the consistency of P7MC rivals anything in the marketplace today and has been a favorite among skilled golfers.For players who chose to combo, our cohesive design language allows you to seamlessly pair it with either P770 or P7MB. No two golfers play the game exactly alike, and one of the things I love about ourP·700 Series family is the ability for golfers to personalize a set to match their needs and maintain aesthetic unity.”-Matt Bovee, TaylorMade Golf, Irons Product Creation 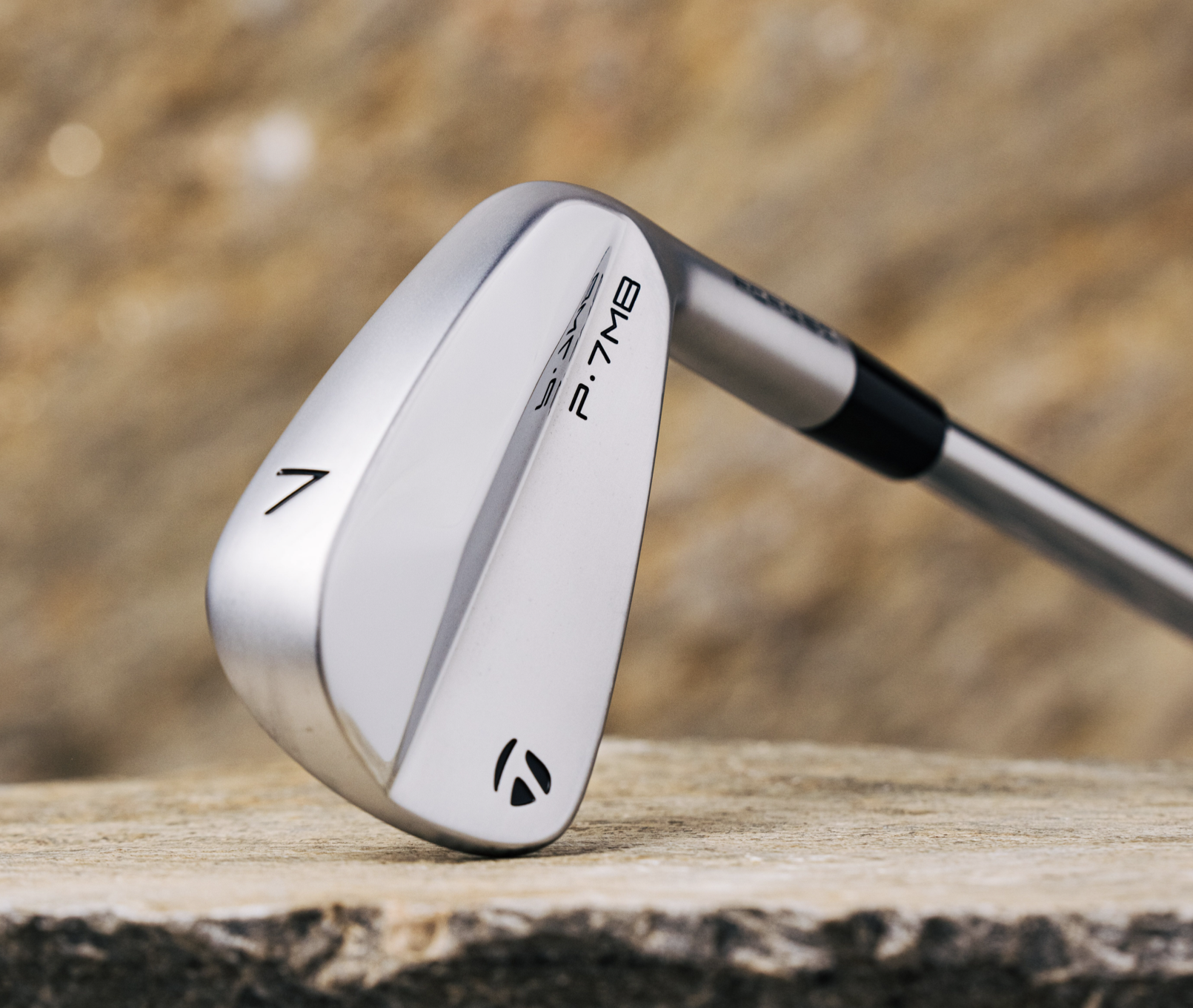 As a result of detailed feedback from testing with Rory McIlroy and Collin Morikawa, the P7MB features a shorter blade length, brand new sole geometry, and progressive offset to create a minimalist profile that’s designed to control shot shape and trajectory.

The sole of P7MB is one millimeter narrower than previous, meaning TaylorMade engineers had to add slightly more bounce to the leading edge which creates a completely different sensation through the turf. Total effective bounce is a combination of sole width and bounce angle, which engineers were able to perfect by increasing the bounce angle to keep the sole from getting caught in the turf. 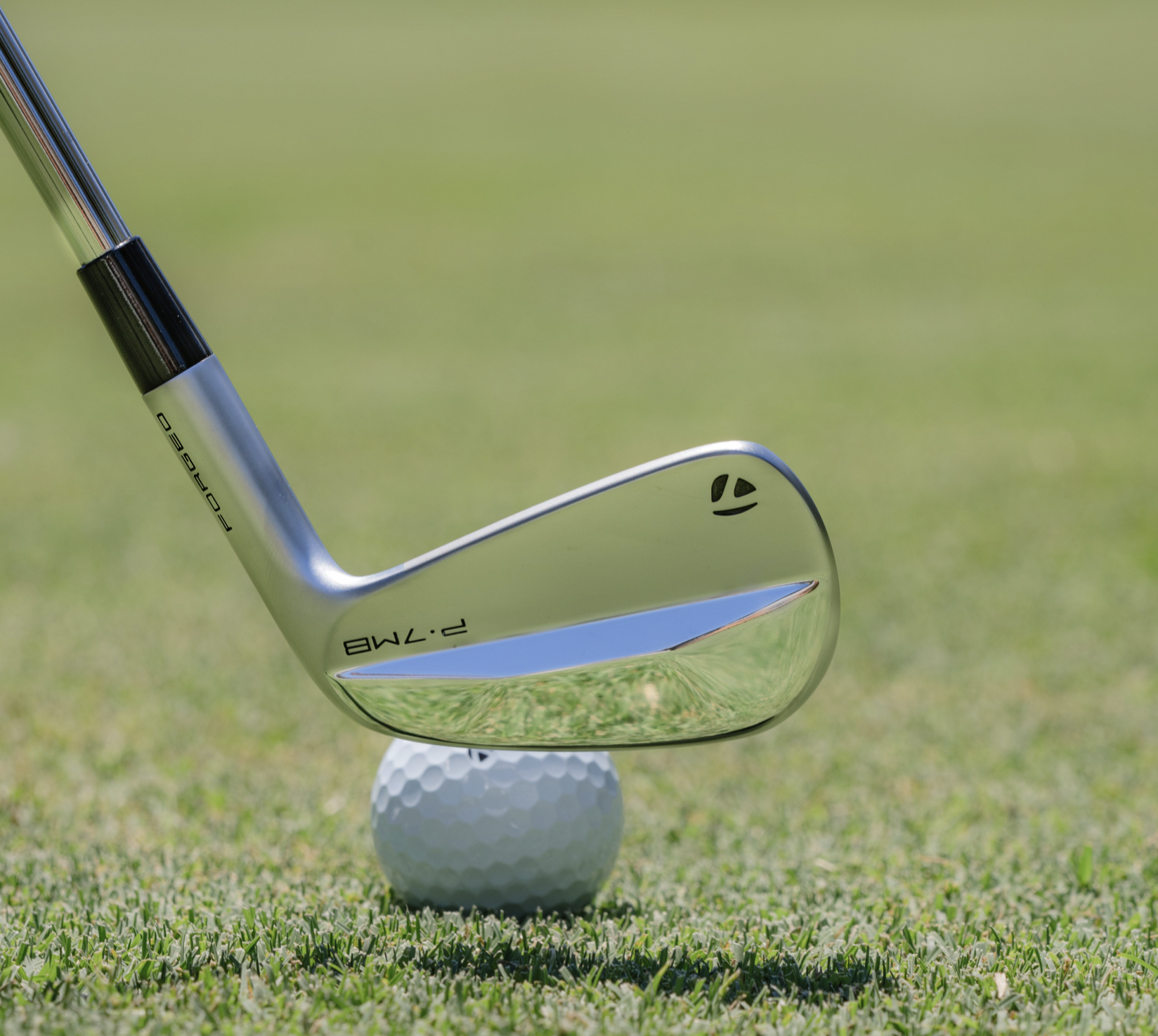 The shorter blade length of P·7MB allowed TaylorMade engineers to create an updated backbar using symmetrical geometry. This allows for more mass to be positioned directly behind the face to support the point of impact and elevate feel.

In addition, the P7MB also features the Compact Grain Forging and machined face and grooves that are also seen in the P7MC irons. 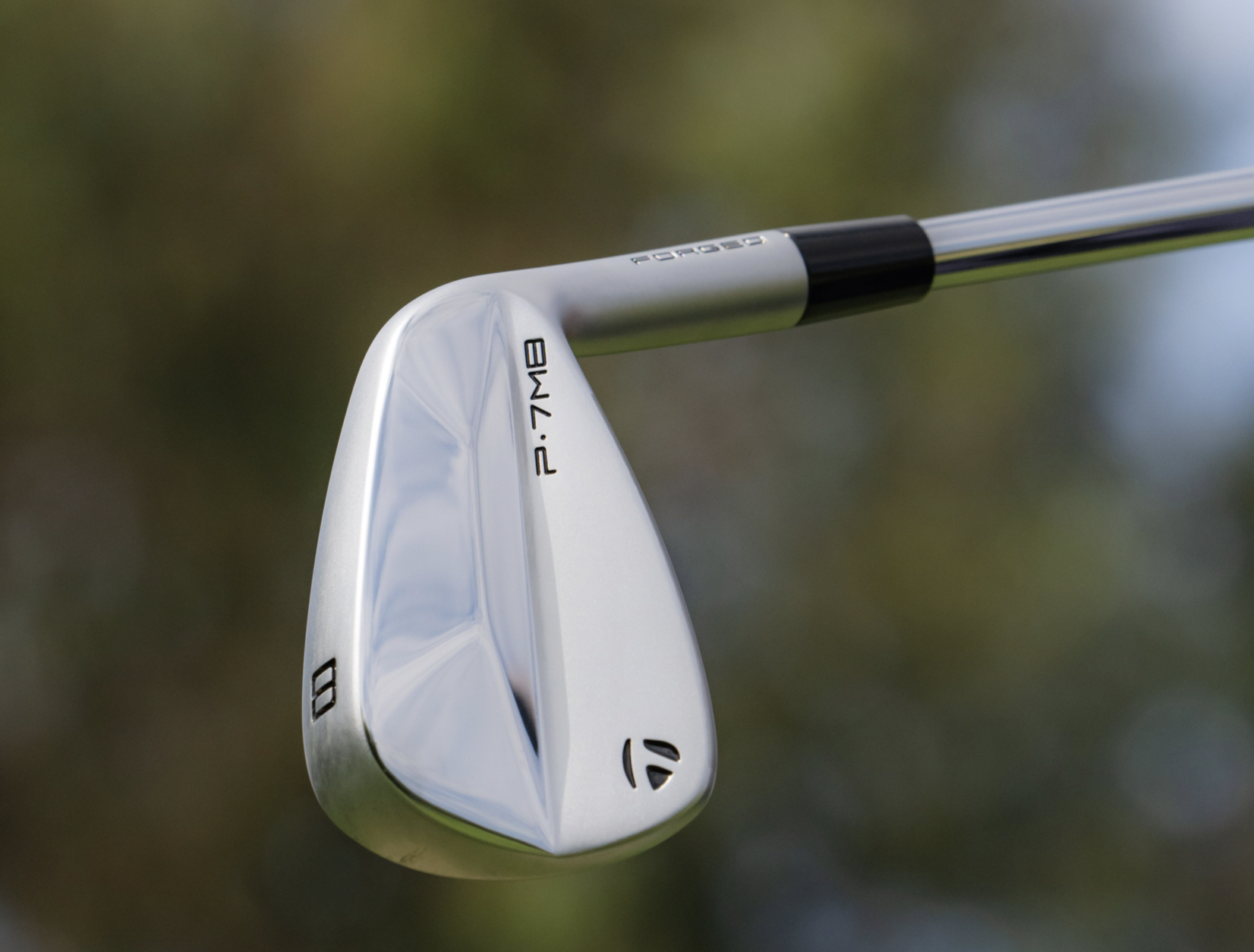 “The narrower sole width of P7MB is a direct result of testing and feedback from Rory McIlroy, Collin Morikawa and our TaylorMade Tour pros.Rory and Collin worked with us to identify the right sole geometry and bounce to match what they were looking for and we perfected that with P7MB. Having two of the best players in the world being a driving force behind the design of this iron have us extremely excited to bring it to the marketplace.”–Matt Bovee, Director, IronsProduct Creation 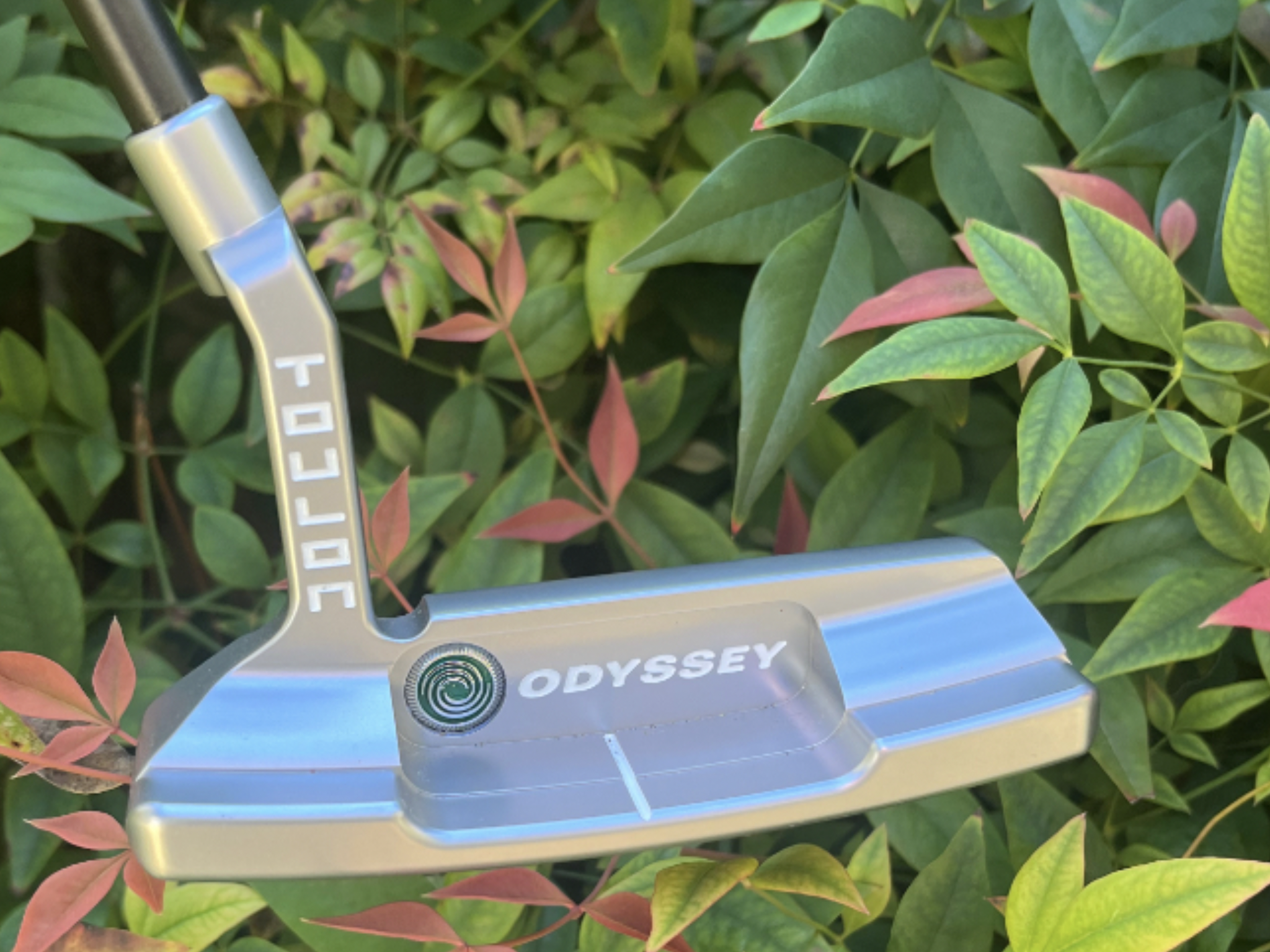 Currently, in our GolfWRX buy/sell/trade (BST) forum, there is a listing for a mint JDM Toulon San Diego putter 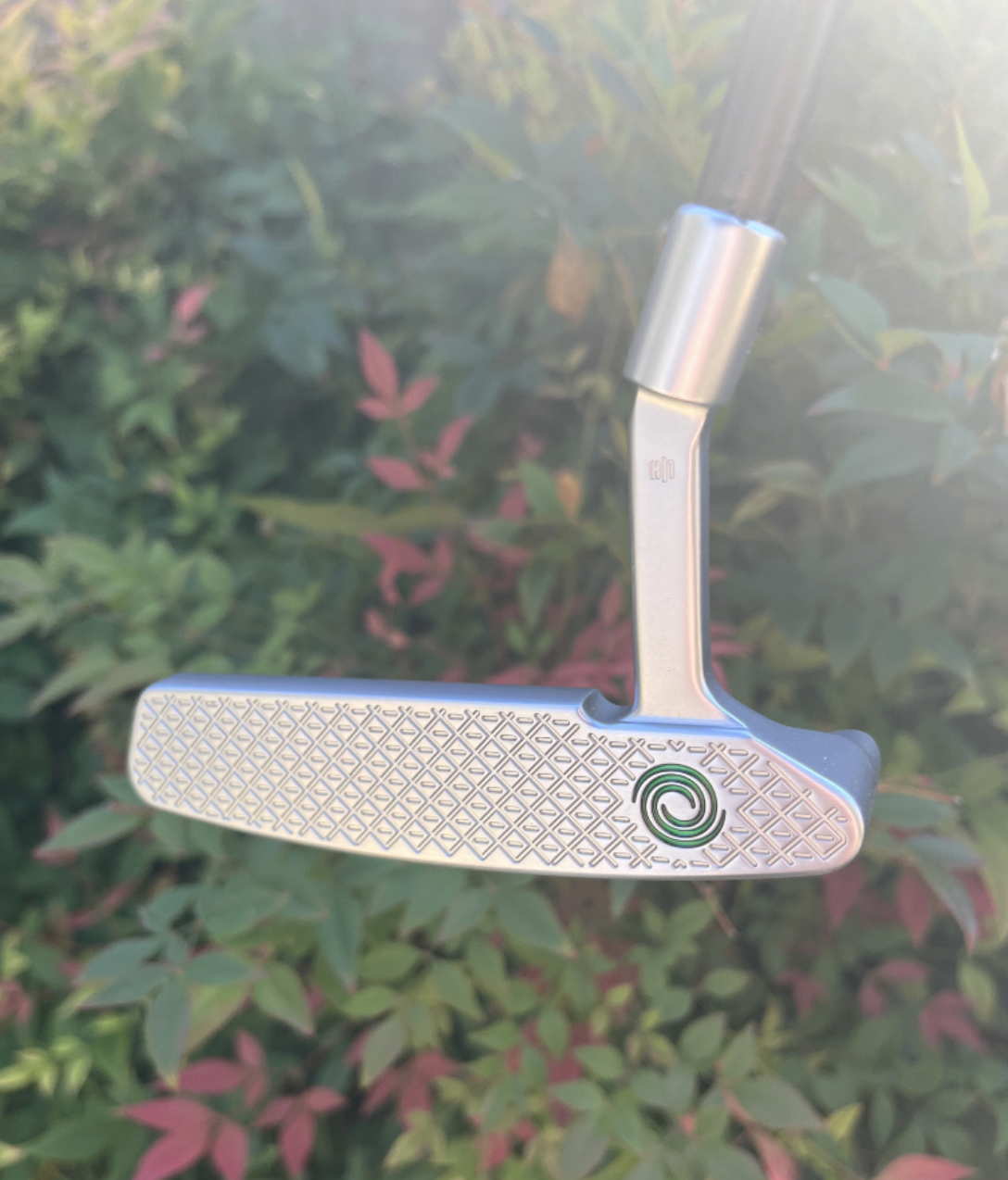 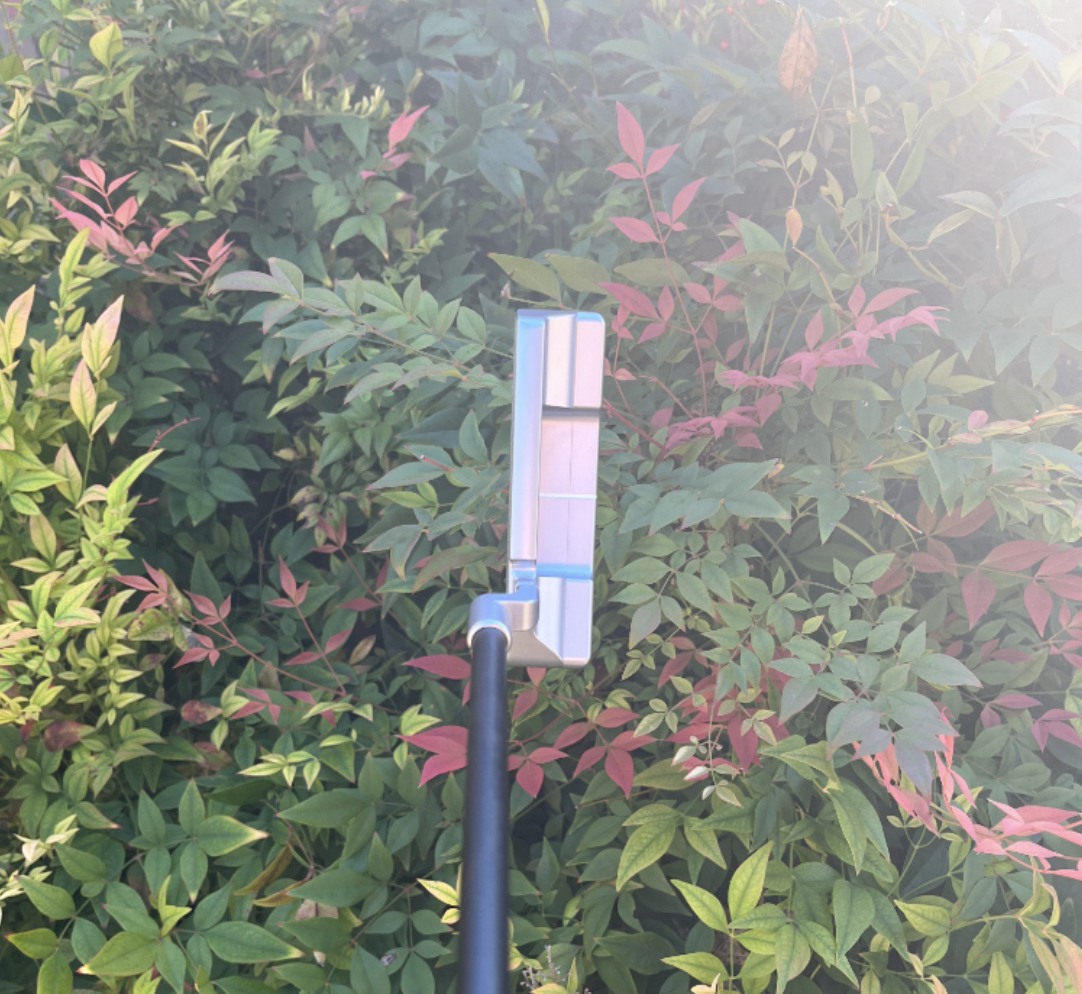 To check out the full listing in our BST forum, head through the link: Mint JDM Toulon San Diego putter 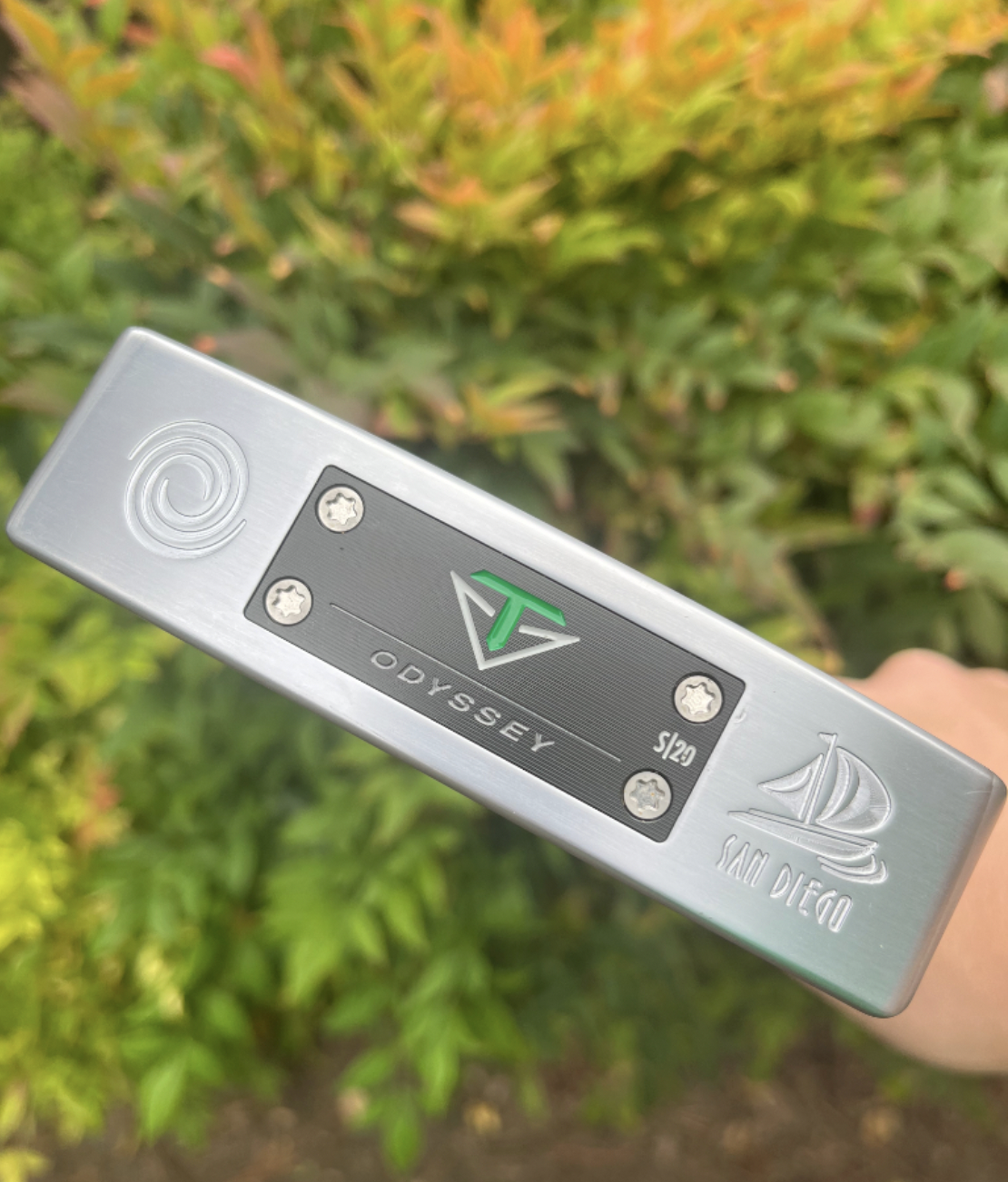 Coolest thing for sale in the GolfWRX Classifieds (12/5/22): ‘Greatest Personal Golf Cart EVER!’ 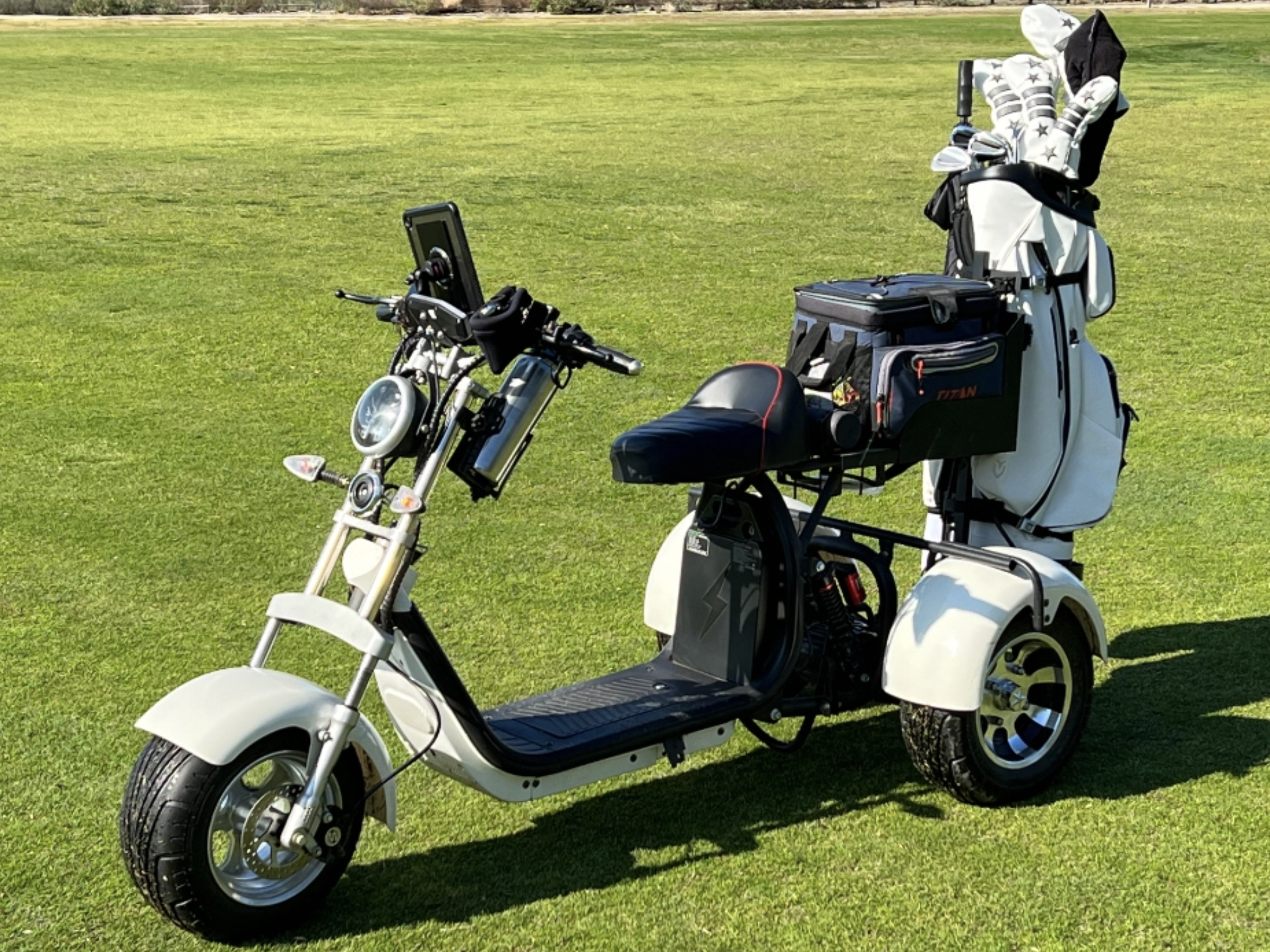 Currently, in our GolfWRX buy/sell/trade (BST) forum, there is a listing for the “Greatest Personal Golf Cart EVER!” 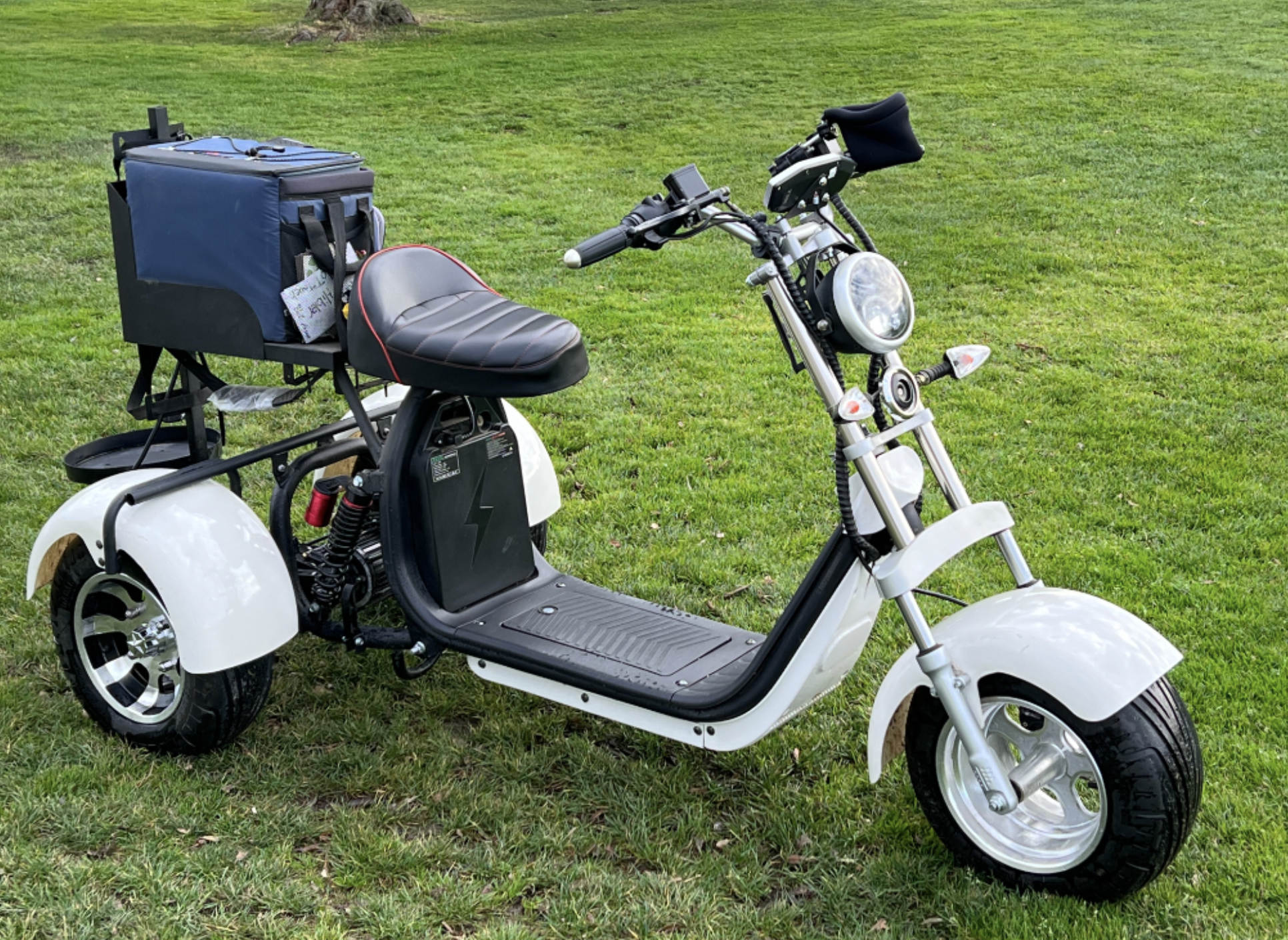 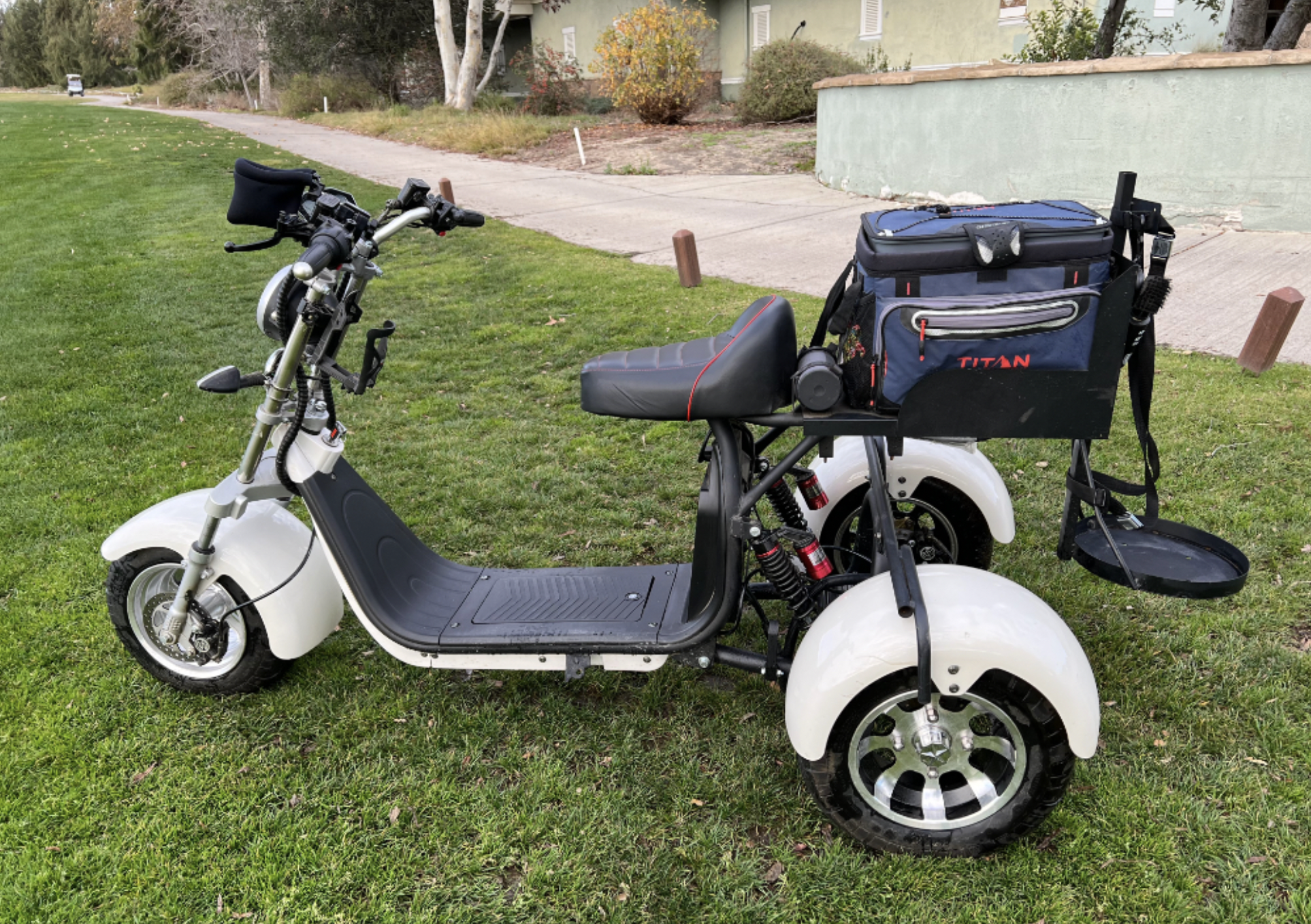 From the seller (@hibcam): “”This is probably the best value for a fully functional Golf Cart that you can find!!! This SoverSky 3 wheel Golf Cart has been FULLY UPGRADED and is an AMAZING Golf Cart! The Cart comes with an upgraded Golf bag holder- this has been strengthened with newly welded rods for more support. This comes with a perfectly fitting Cooler and a holder for your bluetooth speaker. This also comes with an easy to grab Rangefinder holder on the handlebars. The rear axle has been replaced with a faster rear differential and has speeds up to 29 mph. This also comes with a Lithium 60v/ 20ah battery that will run for 36 holes on one charge. 323 miles on this cart. Transports easily in a standard PickUp truck. RETAILS FOR OVER $2500 WITHOUT UPGRADES!! JUST $1299!! LOCAL PICKUP ONLY!! Los Angeles Area- San Fernando Valley.”

To check out the full listing in our BST forum, head through the link: “Greatest Personal Golf Cart EVER!” 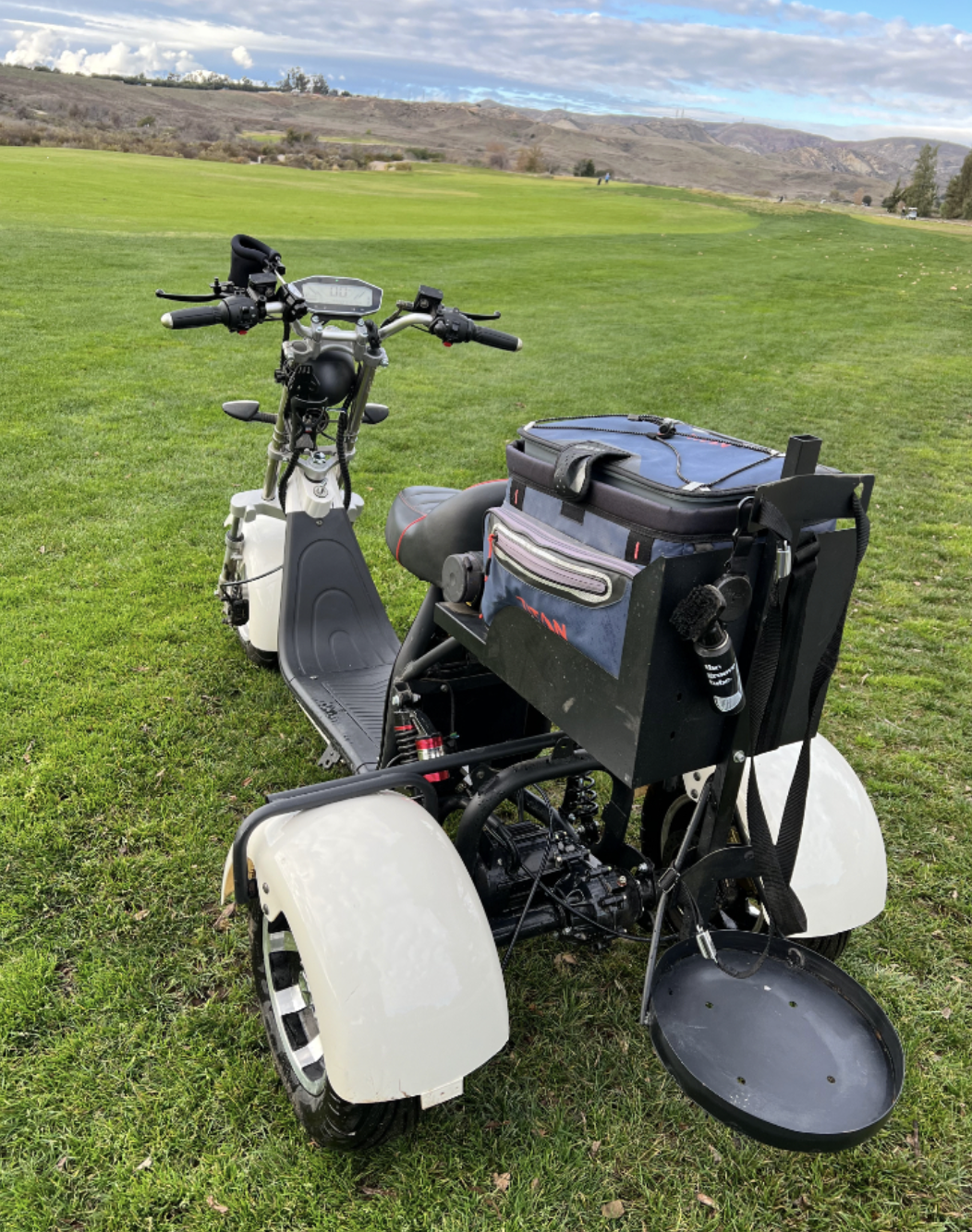