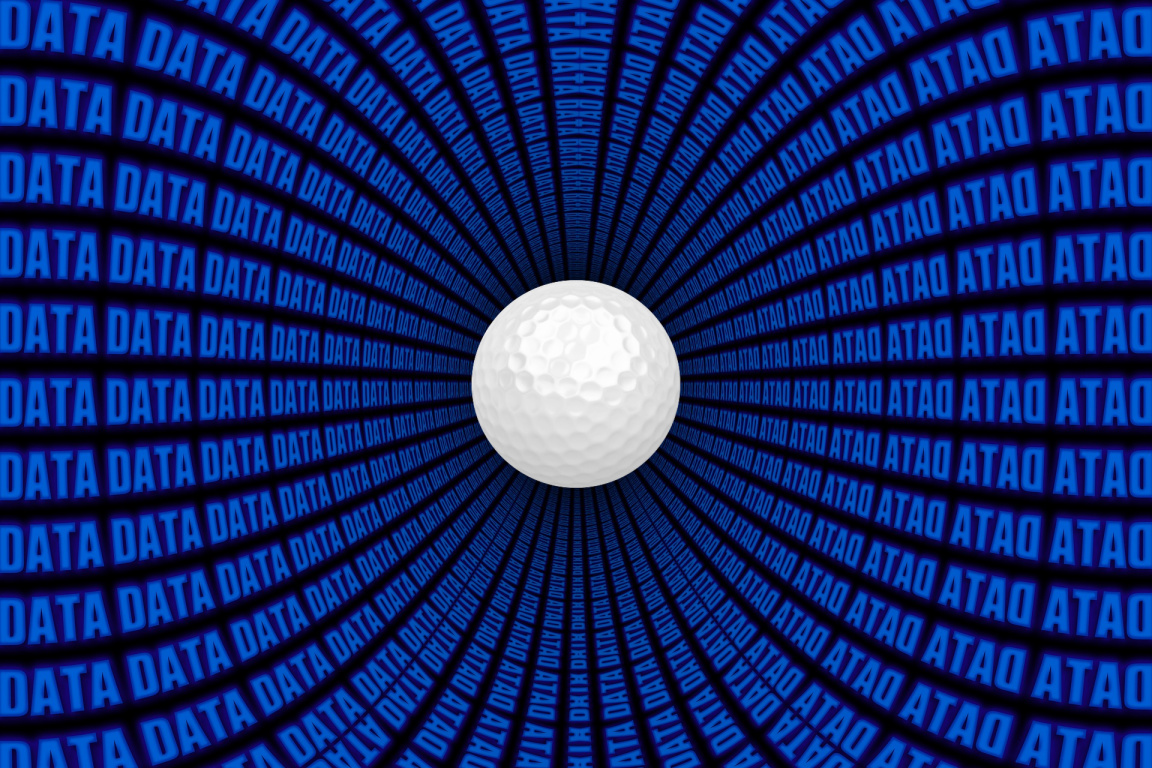 Again, I want to thank all of you who took the time to participate in the first Wedge Guy/GolfWRX Survey. It was good for me to get a clearer picture of who you are and how you play the game so that I can do my best to be as relevant as possible with my articles. That said, you GolfWRXers do make up a diverse slice of the 25 million golfers in the U.S. (and a larger number counting the rest of the world).

So, let me direct today’s post to giving you some “high level” results from the survey to hold you while I dive into the nitty-gritty of cross-tabulating results to get more granular insights into this demanding audience.

Let’s start with who are you readers? The survey indicates the largest age group is 25-40, with 40 percent of the respondents. The second-largest age group was 41-55, with another 24.5 percent. But nearly 32 percent of you GolfWRXers are over 55. This diversity helps explain many more of the answers about how you play the game.

You represent all areas of the country nearly equally, with 20 percent of you residing outside the U.S.—a true international audience. Over half of you have been playing golf most of your life and only 20 percent have played less than ten years—a very experienced group, for sure.

You all are more proficient at the game than the golfer audience at large, which is reported to average scores of 90 or above. Only 13 percent of GolfWRX readers are in that category. From the survey, 12 percent of you score 75 or better, and another 37 percent 76-81. The largest group of you falls into the 82-90 scoring category. Kudos to you all for having that dedication.
And you are all very active players, with over half of you playing over 40 rounds per year. Only 13.5 percent play less than 20 rounds. That scoring proficiency is likely due to the fact that you tend to be active practice range visitors, with 43 percent saying you practice “Frequently” or “As often as I play”. Only 3.7 percent said they never practice.

In those practice sessions, the most time is spent on iron play, with chipping/ pitching/bunker play ranking just behind it. You spend the least time practicing with your fairways and hybrids, and putting ranked just ahead of driver practice.
It was a bit surprising to me that you seem to not be an overly competitive bunch (at least on the golf course), with 61 percent saying you rarely or never gamble on the golf course, and only 20 percent saying it’s a regular part of playing golf. Likewise, only 21 percent report being active tournament participants, and 24 percent saying they have no interest in tournaments at all. My takeaway is that you play golf for the sheer enjoyment of hitting quality golf shots more often.
So let’s now look at what you said about your equipment.

With regard to your drivers, 43 percent said you’ve played your current gamer less than a year, but 19 percent have played their current driver more than 3 years. You overwhelmingly favor that driver for its accuracy (61 percent) to its distance (37 percent). You were pretty equally divided in your preferred shot pattern between straight (31 percent), fade (26 percent) and draw (28 percent), but 14 percent said you like to be able to work the ball both ways. That was interesting, because 46 percent of you also said you would like to shape your ball flight better, hitting draws and fades more reliably.

Looking at your answers about your iron play rendered some interesting insights, in my opinion. For age of your irons, the answers followed the driver question pretty closely, with 24 percent playing their current irons less than a year, and 34 percent playing them more than 3 years. You are stronger players, with 39 percent reporting that a “comfortable” 6-iron distance is over 175 yards, and another 43 percent saying it was 155-175 yards. Where you would most like to improve your iron play was in distance control (46 percent) and hitting the “in between” shots more reliably (40 percent). Similar to the responses to the driver question, 33 percent said you would like to hit draws and fades more reliably.

Because I’m “The Wedge Guy”, I’m going to reserve diving into the wedge section of the survey until next week, where I can give you a deeper insight into your answers and my analysis of them.

I’ll close the analysis part of today’s article by sharing that your single most desired improvement was hitting more greens (28 percent), followed by hitting more fairways (19 percent) and improving your putting (15 percent). When asked what most determines your overall enjoyment of a round of golf, you ranked “Feeling good about the quality of most of my shots” first, followed closely by “shooting a good score” and “enjoying the people I played with.” Dead last was “winning my bets,” obviously because most of you don’t gamble much or at all.

But let me leave you with this one key thought derived from the survey. The majority said you wanted to control iron distance and hit the in-between-clubs shots better, and that you want to hit more greens and more fairways. Well, all of that comes from a having a controlled swing on your drives and your “typical” or “comfortable” iron shots. For us recreational golfers, that means throttling back the power.

In Ben Hogan’s first book “Power Golf,” he divulged his yardage chart for all his clubs, and while lofts and technology have changed dramatically since then, the key takeaway from this chart was that he listed the “maximum” distance for all his clubs—driver to irons—as 25-35 yards longer than his “regular” distance.

If you don’t have at least 10-15 yards “in reserve” from what you consider your “comfortable” distance with all your clubs, I suggest you learn to throttle back a bit to get there. You will find your accuracy off the tee and distance control with your irons to greatly improve, and you’ll have two options on those in-between shots—either crank up the shorter iron a bit or simply grip down on the longer club. Either one works, and you’ll have the option. 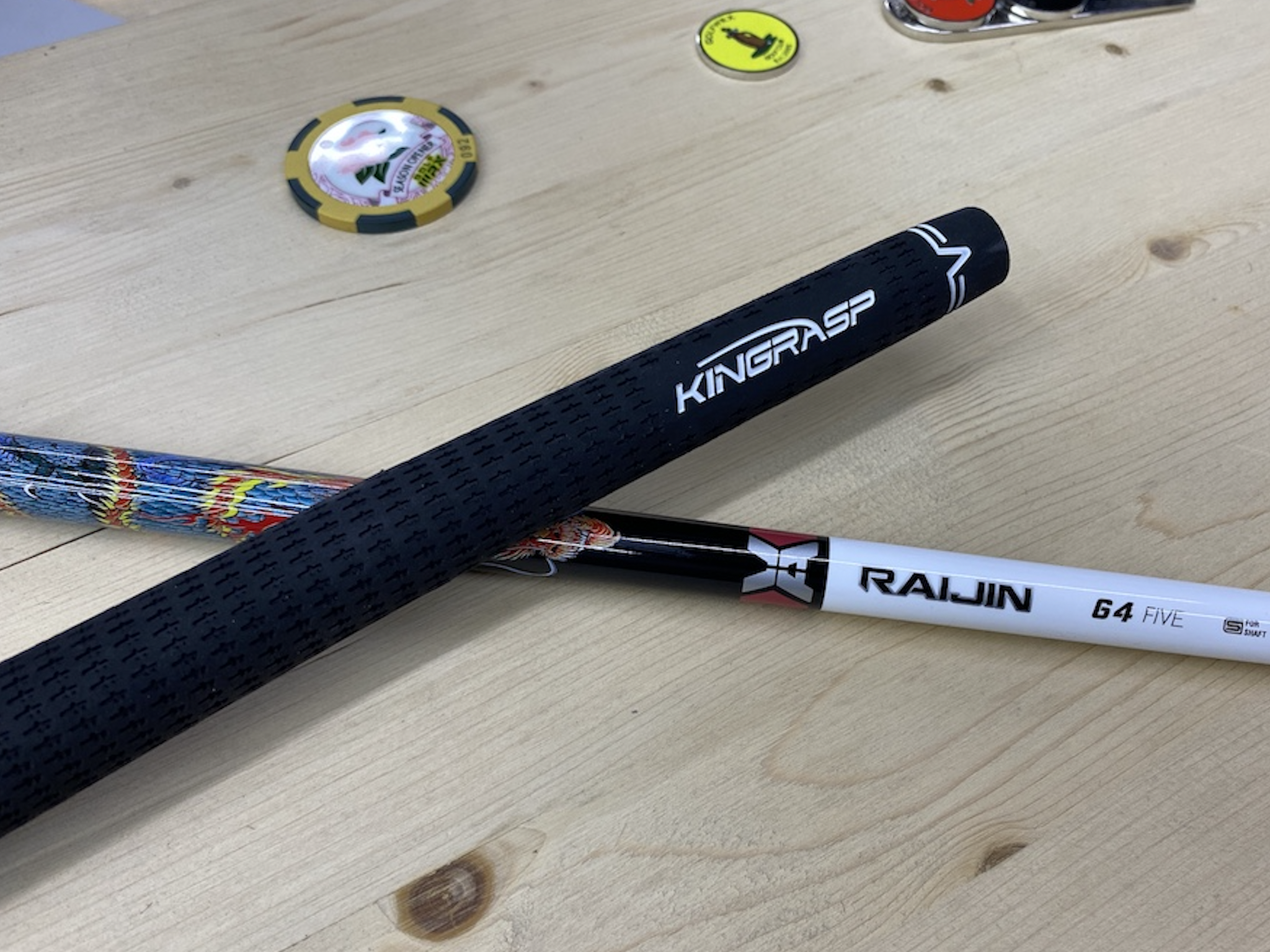 Very solid, other than one hole, last week in my league. Talking about the VA Composites Raijin shaft and how it is a smooth feeling, mid/high launching shaft. I also try another set of cheap grips off Amazon to see if they are better than last time.

Golf’s Perfect Imperfections: A “coach’s coach” job description. Got yours?

A fresh perspective on the age-old profession: pedagogy. Special guest Andrew Vasily, the Coach for Teachers. 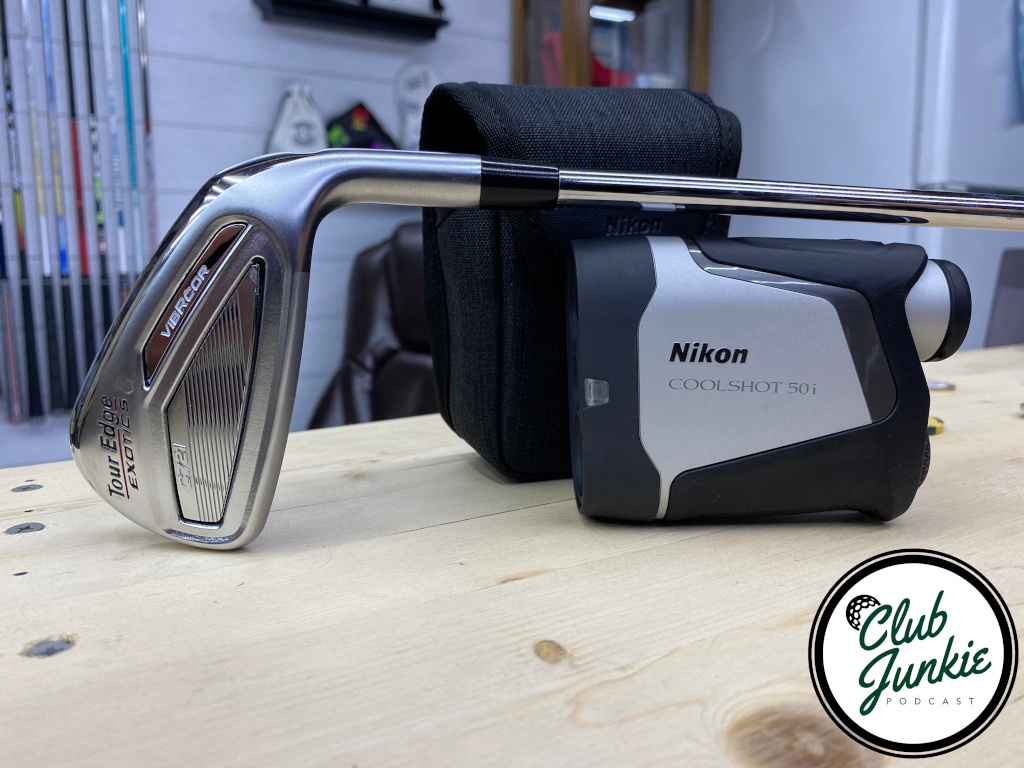 I was off last week and didn’t get a show recorded, I am sorry for that. But back this week with some club tinkering and course play talk. Then I review the new Nikon Coolshot 50i laser rangefinder. I started to really miss the red LCD display, just so easy to read. Tour Edge’s Exotics C721 irons are super forgiving and really long, but have such a soft feel and sound to them. The 4-iron has crept into my bag quietly as well.