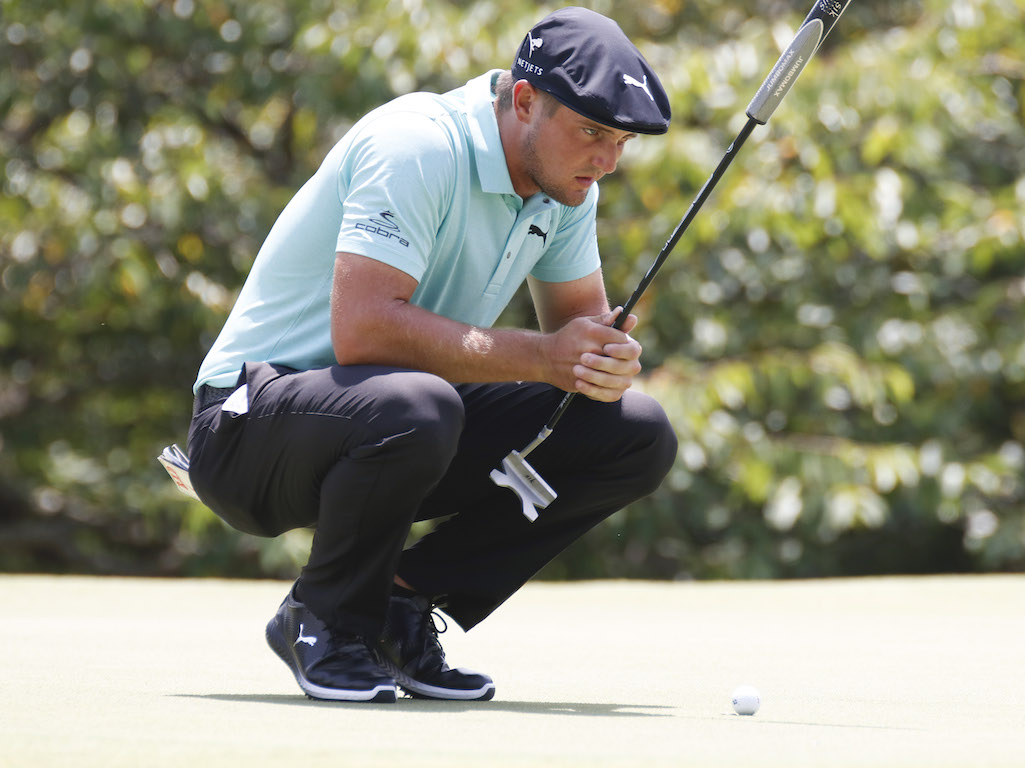 The heated dispute concerning slow play over the weekend at The Northern Trust spilled over into Monday in what has been arguably the fiercest and most bitter debate on the subject that the sport has yet seen.

In case you missed it, on Friday at Liberty National, Bryson DeChambeau was caught on camera taking over three minutes to pace out and play a seemingly straight forward approach shot, and then taking over two minutes to hit a putt from inside 10-feet on the eight green – two incidents which sparked the furore which was to follow.

Embedded below is footage of DeChambeau on the eight green on Friday.

I recently wrote a blog post (link in bio) about my experience at the #scottishopen and how surprised I was at the length of time some players (one in particular) took to play shots. It’s a funny old debate this. I get that these guys are playing for millions of £/€/$ and it’s their job but sometimes it just seems absolutely ridiculous the length of some pros take to play shots. The problem is, we usually only see the footage when the player is about to putt (on tele) and not so much of the time spent reading the green/chatting with caddies (thankfully), so they’re often taking far longer than we actually think or see. Annoyingly, I regularly see club members taking this length of time over shots (well, maybe not quite as long as @brysondechambeau, but still too long) and it’s most likely because they’re seeing the pros doing it and think it’s okay. Great to see some of his peers calling him out about this, even if he didn’t appreciate it. Can always rely on good old #eddiepepperell to speak his mind. #legend

Both incidents went viral, with DeChambeau taking well over the 40 second time limit which the PGA Tour is said to allow players for each shot, and adding fuel to the fire, fellow professional Eddie Pepperrel took to social media to describe DeChambeau as a “single-minded twit.” A comment which the Englishman apologized for on Monday.

Pepperell wasn’t the only player to comment publicly on DeChambeau’s deliberate play, with fellow Brit, Tommy Fleetwood stating that “If we were on the clock he wouldn’t have taken that amount of time”, while Justin Thomas simply described DeChambeau as “a slow player”.

Following his round on Friday, and fully aware of the controversy brewing, DeChambeau launched an impassioned defense of the length of time he takes over shots on the course, bringing up the subject before a member of the press even had the chance to ask the 25-year-old a question.

Arguing that he strides quickly to his ball and as he usually outdrives his opponents, he can’t set up his shot until it is his turn, DeChambeau took aim at his critics, stating

“When people start talking to me about slow play and how I’m killing the game, I’m doing this and that to that game… that is complete and utter you-know what. That’s not fair.”

DeChambeau argued that although sometimes he takes over the allotted 40 seconds, those occasions are few and far between, before continuing his self-defence saying

“If it’s not an easy shot, I’m going to take a little bit longer because that’s my job. I’m trying to do my absolute best. I’m trying to provide entertainment, and I hope that people can realise that it takes more than just me playing a shot in 30 seconds or 40 seconds for us to call it slow play.”

When asked whether any player has confronted him to air any grievances they might have, DeChambeau explained that no player had ever approached him to discuss his pace of play, and urged his critics to “say it to my face” if they have a problem.

If you thought that might be the end of the matter, then you were sorely mistaken.

Over the weekend at Liberty National, DeChambeau approached Brooks Koepka’s caddie, and was then seen in deep conversation with the four-time major champion on the range.

Following that conversation, which DeChambeau described as “awesome” and “fantastic”, Koepka was quick to tell members of the press at Liberty National that the 25-year-old isn’t the only culprit and that DeChambeau feels that he is being unfairly singled out.

“It’s not just him. I know he feels singled out, especially when I’m speaking about it. But it’s like I told him, it’s not — I’ve mentioned his name once, and that’s it. There’s so many guys out here where it’s become an issue, and obviously him being probably the best player that’s relatively slow right now, he’s going to be on TV a lot more, so you’re going to catch a lot more of those type of instances. I mentioned his (DeChambeau’s) name once. So I don’t think I’ve come at him. I just talked about slow play, and obviously he feels I’m talking about him every time.”

During the chaos in New Jersey, there was also criticism of the PGA Tour for not taking a harder stance on slow play in the game, with Sky Sports’ Rich Beem being one of those to slam the authorities, saying that he was “outraged” that the Tour tolerate the pace of play displayed by DeChambeau at the weekend.

The controversy at The Northern Trust seems to have awoken the PGA Tour from their slumber on the subject of slow play in the game, with the Tour releasing a lengthy statement on Sunday which mentioned that the organization would be reviewing it’s current pace-of-play policy.

As the bitter dispute began to defuse on Monday following Pepperell’s apology on social media, DeChambeau then took to his own social media account to issue an apology of his own, where he vowed to improve his pace of play in the future, putting an end to this particularly heated chapter on the sport’s current most controversial subject.

“Slow play affects the quality of the game for both players and our fans and I’ve always had the utmost respect for my playing partners, including JT and Tommy. I’m constantly trying to improve and I will do my very best to improve my pace. Golf is my passion and livelihood. It’s my responsibility to help improve the game to be more enjoyable for all. Pace of play has been an issue for golf at all levels for a long time, and I’m committed to being a part of the solution, not the problem. I want to be a good representative of the game and the @PGATour and I looking forward to working with the TOUR and fellow players to find a solution to slow play.”

Slow play affects the quality of the game for both players and our fans and I’ve always had the utmost respect for my playing partners, including JT and Tommy. I’m constantly trying to improve and I will do my very best to improve my pace. Golf is my passion and livelihood. It’s my responsibility to help improve the game to be more enjoyable for all. Pace of play has been an issue for golf at all levels for a long time, and I'm committed to being a part of the solution, not the problem. I want to be a good representative of the game and the @PGATour and I looking forward to working with the TOUR and fellow players to find a solution to slow play. 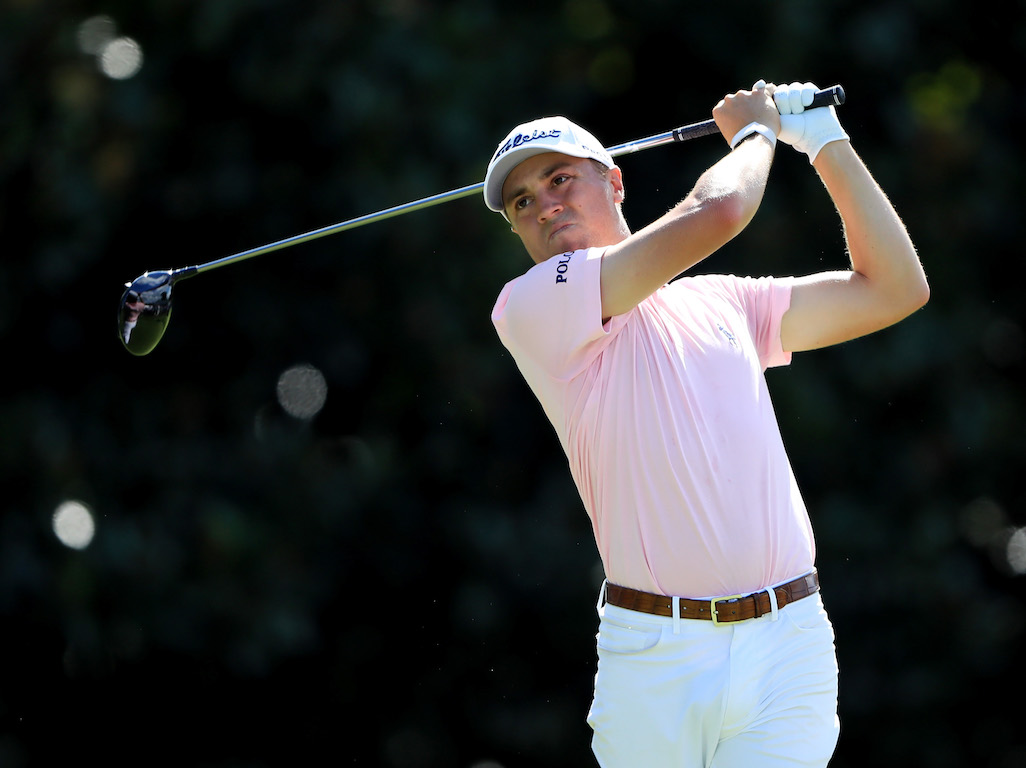 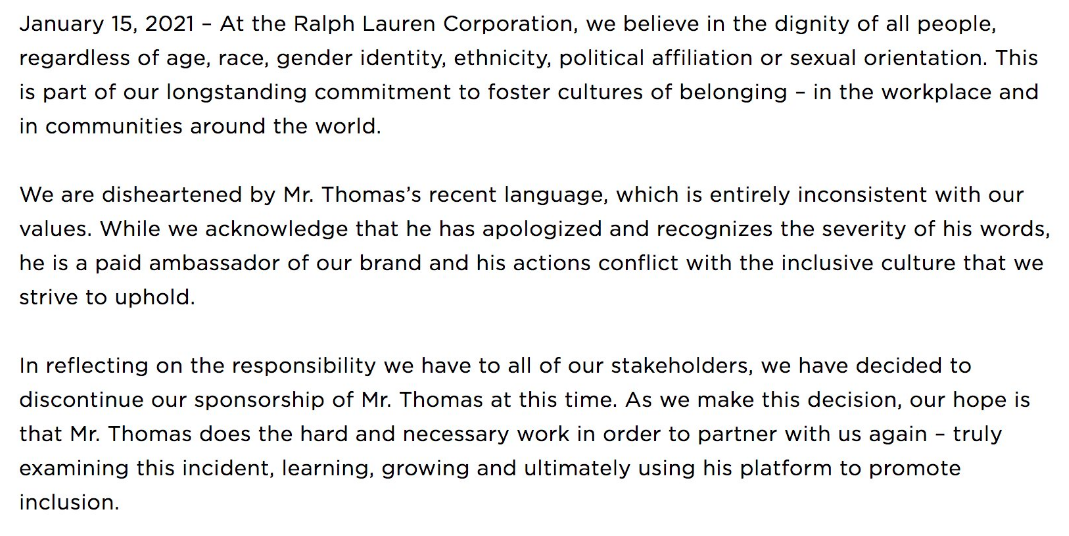 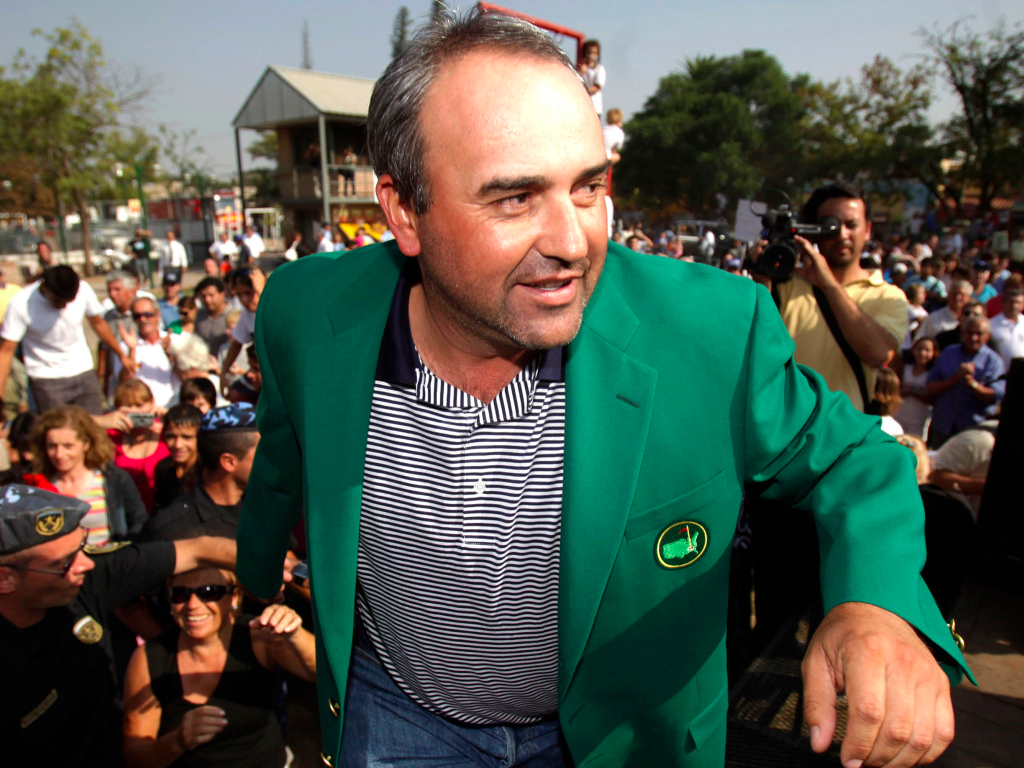