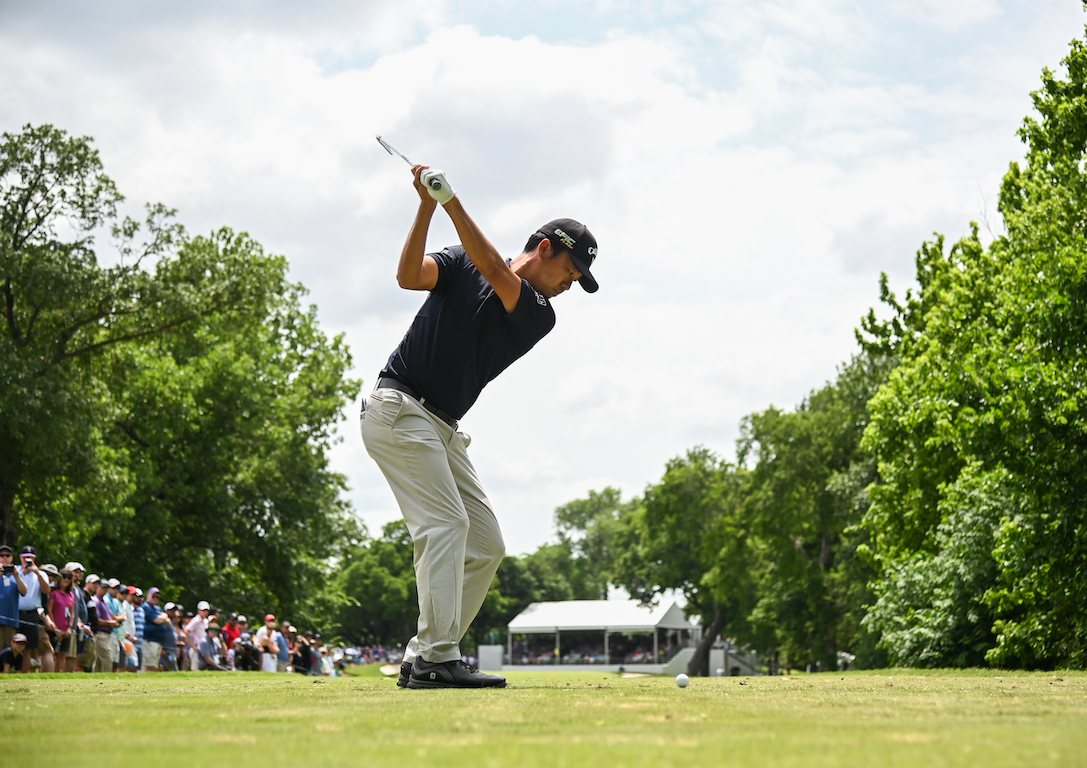 Editor’s note: Regarding the featured image, Kevin Na was the Tour leader in proximity last season on approaches of 150-175 yards. Jordan Spieth led in proximity from 125-150 yards.

This is the first of a series that will expand on the concept I proposed last week that you should break down your “scoring-range performance” into five distinct segments. If we can agree that there is a lot of difference between a textbook 9-iron shot and a chip, between the dreaded “half-wedge” and a putt, then let’s dissect the last 100-150 yards of golf on each hole into these five pieces.

We all know those players who seem to shine at one or more aspects of the scoring range but struggle with others. That guy who is dreadful with a pitch shot but is a deadly putter. Or the one who hits crisp and accurate short irons and wedges but is awful on his or her chip shots. So, let’s not lump all these into one bucket called “the short game”, but rather give them each some focused attention. I hope you all can glean a tip or idea from each of these articles to help you score better.

On the PGA Tour, the vast majority of birdies are made when the player has a short iron or wedge into the green (discounting the almost automatic birdies they make by hitting irons to par-5 holes). Even these guys don’t knock flags down from long range all that often. And the very low scoring that has become common to PGA Tour events comes from the fact that these guys hit the majority of their approach shots with an 8-iron or less.

Think about that when you review your last round of golf: on how many holes did you have an approach shot with an 8-iron or less in your hands? If the number is less than 8-10, then you are playing a much longer and harder course than the pros play (proportionate to your strength profile).

But regardless of strength, when you do have those short-range approach shots, this is your chance to score. It doesn’t matter if you consider a “textbook” 8-iron shot to be 160 yards or 120 yards, this is the time to increase your chances for par or better. So, I would like to offer a few fundamental ideas that can hopefully help you improve that part of your game.

First of all, let’s define what a “full swing” means. With a driver, ball sitting on a tee, it means really getting after it. But with a short iron or wedge in your hands, a “full” swing is something of much less force and power. The key to consistent short iron and wedge play is to make consistent contact with a consistent swing path. That’s the only way to achieve repeatable trajectories and therefore distance control. And the best way to ensure more consistency is to s-l-o-w d-o-w-n.

In addition, I believe the left side must become a more dominant leader in the swing with these shots, so that your hands always get to the ball before the clubhead. This sets up a slightly downward strike to optimize spin and trajectory. I also believe we should all work a bit harder to make these swings a slight bit flatter, which path imparts a more direct blow to the ball. That will make these swings a bit shorter and more controlled and should result in more penetrating trajectories. [NOTE: My analysis of over 50,000 golfer profiles indicates the vast majority of players, of all handicaps, say they hit their short irons and wedges too high.]

As you improve your “full swing” shotmaking with the short irons and wedges, it really is not that hard to dissect the distance gaps between clubs. The physics of golf club engineering makes the distance gap between the short clubs typically wider than between the long clubs; this is aggravated by the recent trend by manufacturers to put five degrees between the 8- and 9-iron, while reducing the loft difference to three degrees at the long end of the set. The typical golfer of moderate strength will experience a 12-15-yard differential at the short end of his or her set. That is too large for precision play, so you simply must learn how to cut that into pieces.

Given that it is difficult for the recreational player to devote enough time to master multiple swing speeds, the simplest way to do that is to learn to grip down precisely to shorten the club and therefore reduce the distance the ball will fly. It takes a little experimentation, as each golfer is different, but gripping down about half an inch should take 3-5 yards off a short-iron or wedge shot. Another half-inch will cut off another 3-5 yards.

Once you kind of figure that out, you can add a measure of precision by opening the face a slight amount (and aim left of the target when you do). Just a few degrees open will give a 9-iron the loft of a pitching wedge, but a bit more distance than the pitching wedge would deliver.

Referring back to my earlier article on your “short game handicap,” I believe any golfer can learn to keep the majority of their full swing short iron and wedge shots within reliable two-putt distance, with the occasions of getting a more makeable putt outnumbering those times when you miss the green entirely. The more skilled you get with these shots, the higher you can set the bar for your own level of performance.

Obviously, a whole book could be written on this subject, but I hope this gives you something new to think about when you are working on your scoring range performance.

From the GolfWRX Vault: How far you can actually hit your driver?