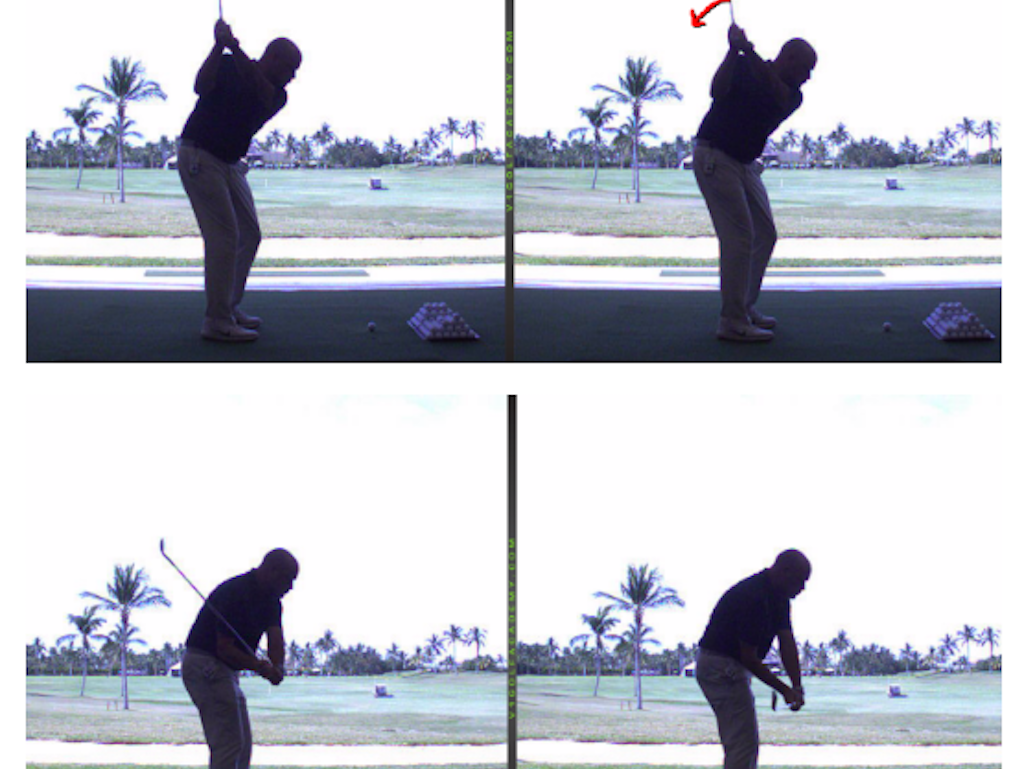 One of the most perplexing aspects of golf for the average player is how the club should transition. In fact, the “over the top” motion is what keeps all of the teaching professionals in business! On Tour, you see many different ways to move the club on the way down and Homer Kelley, in his book, The Golfing Machine, identified seven different ways to transition the club. In this article, we’ll only discuss a few of them.

The first two shifts we’ll examine are the extremes of up and around.

This swing model is made famous by Jim Furyk and obviously there are many levels of up and under but the basic idea is to lift the club to the top which gives you more room to “drop it under” on the way down. Some people love this feeling and it is quite simple when practiced a time or two. 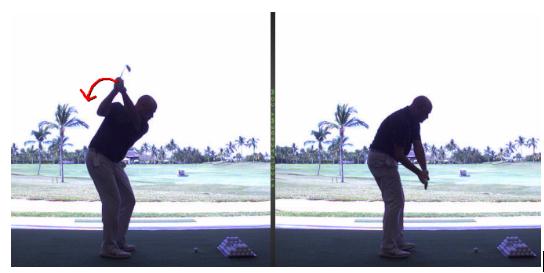 You will notice a takeaway that is slightly lifted and outside moving the arms into a more upright position at the top. From there the arms fall down and behind the player allowing the club to be delivered from the inside.

The opposite player of the Up and Under player takes the club more around the body into a short, flat, and tight position like Matt Kucher. It is here that some players feel that it is much simpler to come from the inside when the club is in a lower and more rounded position at the top. 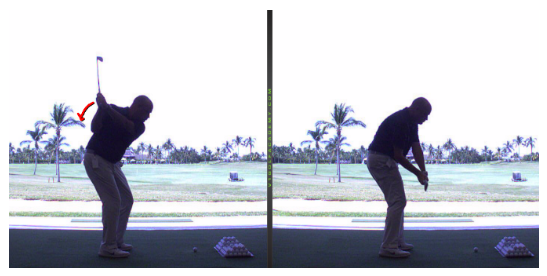 This swing model is exemplified with a takeaway that works around the body off the start and continues all the way to the top placing the club in a “flatter” condition. From there the club basically returns from the inside as a slight shift is made to the inside. Some players feel this is the easiest way to move the club to the inside.

Now that we have covered the two extreme positions of Up and Around, the rest of the world is somewhere in the middle of these two positions. Personally, it does not matter where you play from as long as the club moves into a solid position on the way down.

The Reverse Shift is shown best by Nick Faldo back in his hey-day. The club is taken to the top and the entire triangle formed by the arms is shifted rearward to begin the downswing thus moving the club into an inside delivery position. 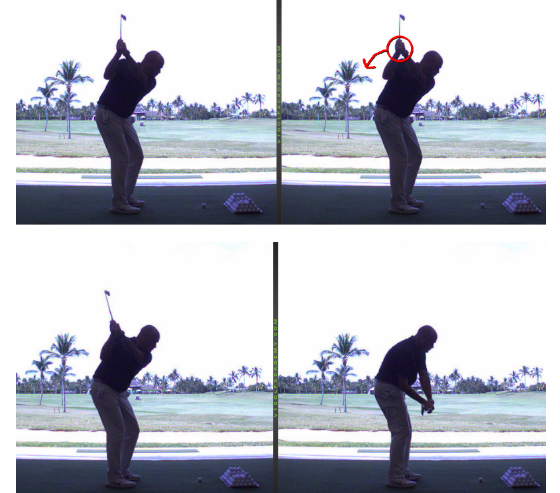 When the entire triangle falls rearward it allows the club to flatten and the club to move from the inside. Transitional tempo is the key to this move because it won’t work if you get too fast.

Most of the players today on Tour are subscribing to this type of plane shift as the club shaft flattens out behind the player allowing the hands to move down the correct path. If the hands get too far behind the player then the path can easily shift too rightward in the above swing pattern but not with this swing model. 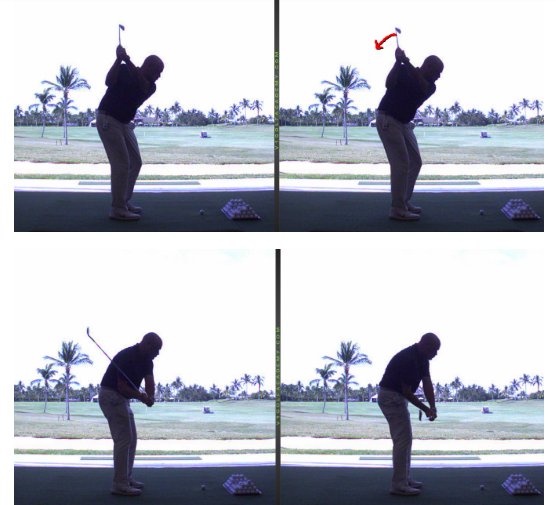 Here you can see that the club shaft flattened and the clubhead fell behind my hands lowering the center of mass and this places the club in an inside delivery position with the hands in the correct position at belt-high. This is a great way to transition the club for people who tend to get “stuck” on the way down.

So now that we’ve seen the most common plane shift models that move the club back to the inside which one is the best or the easiest? Basically, the one that makes the most sense to you as a player. One of these styles will feel “easier” than the other ones and allow you to shift your swing path more rightward during impact so you can move the ball right to left easier (for the right-handed player).

Enjoy trying these shifts and remember that all four can work for you at any given time!

Davies: The lesson every golfer needs

As Tiger Woods says, “explosive power starts from the ground up”