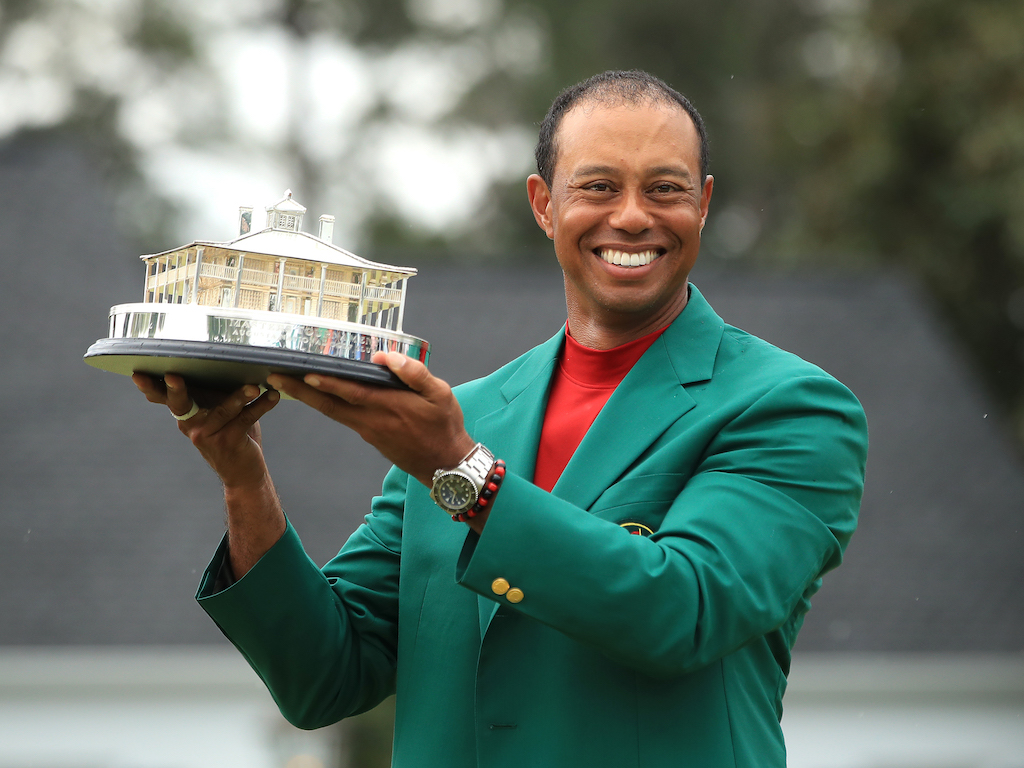 We’ve been writing it in our minds for over 10 years, you know. Since the glory at Torrey, in June of 2008. No one imagined that 10 years and 10 months would pass before Tiger Woods would move from 14 to 15 major titles. We’ve been writing it since April of 2005, when Phil Mickelson draped the green jacket on Woods’ shoulders, 14 years ago. Despite the best efforts of Xander Schauffele, Francesco Molinari, Brooks Koepka and Dustin Johnson, we finally get to write our story, his story.

Tiger Woods won the 2019 Masters tournament, in the 83rd telling of the golfing rite of spring. He won quietly, with a bogey at the last, accompanied by the reigning Open champion, Francesco Molinari, and Woods’ 2018 Ryder Cup teammate, Tony Finau. Molinari led most of the final day, until a pair of double bogeys did him in. Finau was also in contention, until the tiniest of flowers tore his heart. To the credit of both, they rebounded from disaster to finish in a tie for fifth, at 11 under.

Ahead of Woods, magic was taking place on a day threatened by the weather gods. Dustin Johnson, for whom Masters success has been long predicted, reached the clubhouse at 12-under par, on the strength of a Sunday 68. Johnson birdied four of his final six holes, in a Greg Norman-esque charge. Like Norman, he came agonizingly close to victory. Tied with Johnson were Schauffele, who overcame a mid-round case of bogey indigestion with five birdies in seven holes. Schauffele could not find the necessary birdie over the final four holes, to reach 13 under and put even more pressure on Woods. Also at a dozen under par was Brooks Koepka. The double defender at the U.S. Open joined Molinari and Finau in Rae’s 12th-hole, double-bogey lagoon, but rebounded immediately with eagle at the 13th, to pick up the chase. Koepka had another birdie at the 15th but, like the X Man, the crucial number would remain an excruciating step away.

And what of Woods? He and Molinari played a game of cat and mouse from the first tee into Amen Corner. Molinari opened with eight pars, plus one bogey, and one birdie. Meanwhile, Woods had three of each to also remain at even on the day. No blood as the reckoning arrived. It appeared that Woods flinched first, as his drive at 11 dropped into the right-side trees. There was a gap, though, and that was all that Tiger required. As on Saturday at the 14th, as so many times before, he threaded the needle and found the putting surface. Disaster averted, Golden Bell on deck.

A lesson in trajectory.

Tiger Woods recovers with a skillful approach on No. 11. #themasters pic.twitter.com/mmfzijlDjC

The Fates selected the 12th, as they had so many times in the past, to encourage an outcome at Augusta. Both Finau and Molinari inexplicably found the water. Neither one fanned the blade open; they simply underclubbed, or misjudged the wind, or caught the ball a groove too high. Woods watched each one rinse, then aimed at the left edge of the bunker, toward center green and safety. His par to their doubles ensured that the game was truly afoot. Woods would birdie 13 and 15, reaching 13-under par. Molinari did rebound with birdies at 13 and 17, but another double bogey, at the 15th, would assure that victory at Augusta was at least a year off for him.

Far ahead, both Bryson DeChambeau and Justin Thomas found the precise slope point at 16, allowing their tee balls to find the cup in one for an ace. How’s that for a skins game? Not even an ace gets you any cash! Woods came to 16 in need of his A game, and he found it. Not quite the ace, but close enough. He tapped in for two and a two-stroke lead, heading toward the closing holes.

A near ace on No. 16, Tiger Woods extends his lead with two holes to play at #themasters pic.twitter.com/9IJRrbfYhc

Perhaps it was Saint Earl watching over his son from above. First, it was Fowler, missing a short birdie putt at 16. Next came Cantlay, making bogeys after eagle at 15 gave him the lead. Later, it was Koepka, missing from 11 feet at the last, to reach Tiger’s winning score of 13 under. And also, Dustin Johnson, hitting a silly driver at 18 into a fairway bunker. He did well to get it on the green, but his 20-something feet putt came up short of -13 as well. The chances were there, but the competition failed to cross the threshold. Woods was partially blocked by trees on his approach, and wisely chose to lay back of the green. His pitch reached 10 feet, and two putts later, his and our wait were over. 22 years after father and son hugged to celebrate Tiger’s first major championship, another father and his son hugged to celebrate the 15th.

The wheel turns, the ball rolls on.