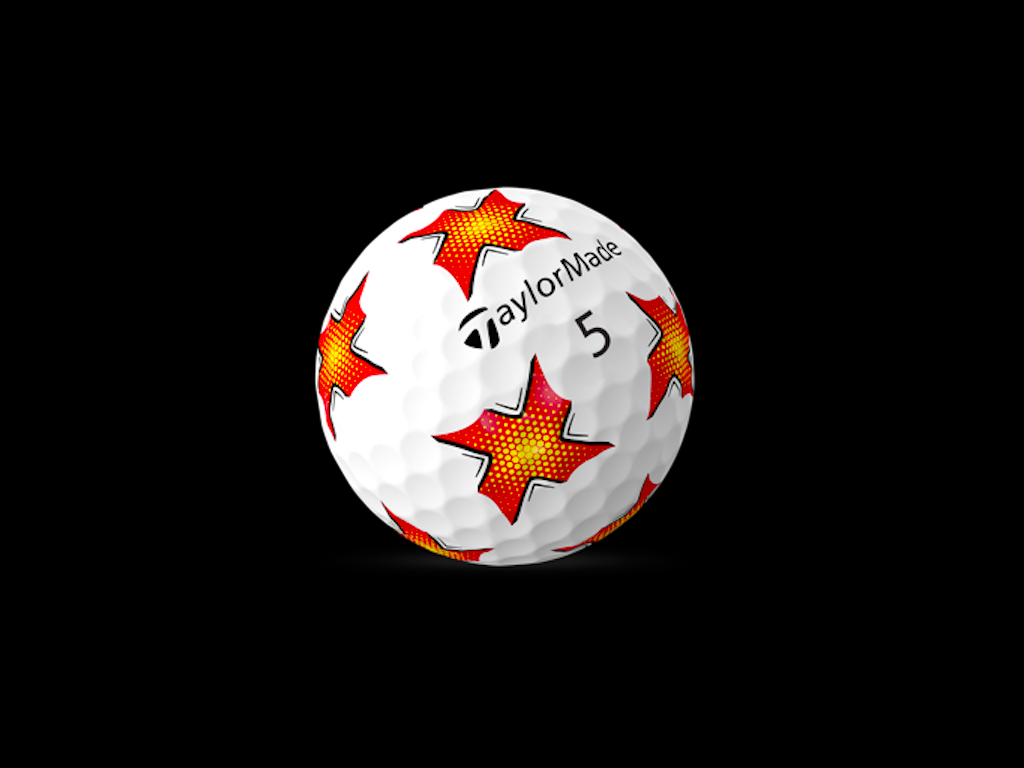 TaylorMade has announced the release of a brand new ball — the TaylorMade TP5 Pix, which features advanced visual technology (which you can clearly see in the featured image, which is, well, the point).

According to the company, the design for the ball was created while working with partners at Indiana University who found that the human eye processes lighter colors more efficiently when it’s darker and darker colors when it’s lighter, leading to the two-color pattern of the TP5 Pix as opposed to the typical single color design seen in most golf balls.

The TP5 Pix features two colors within one shape enhancing visibility at all times. The larger contrast graphics of the TP5 Pix aims to allow golfers to see how much overall spin and side spin is generated around the green, with the 12 evenly-spaced images providing feedback immediately on the spin being produced on shots around the green.

“White, round and sits on the ground is no longer the norm for golf balls. Visual technology has given us the opportunity to not only change the appearance of the golf ball but also allows players to see immediate feedback where spin matters most – on and around the greens.” 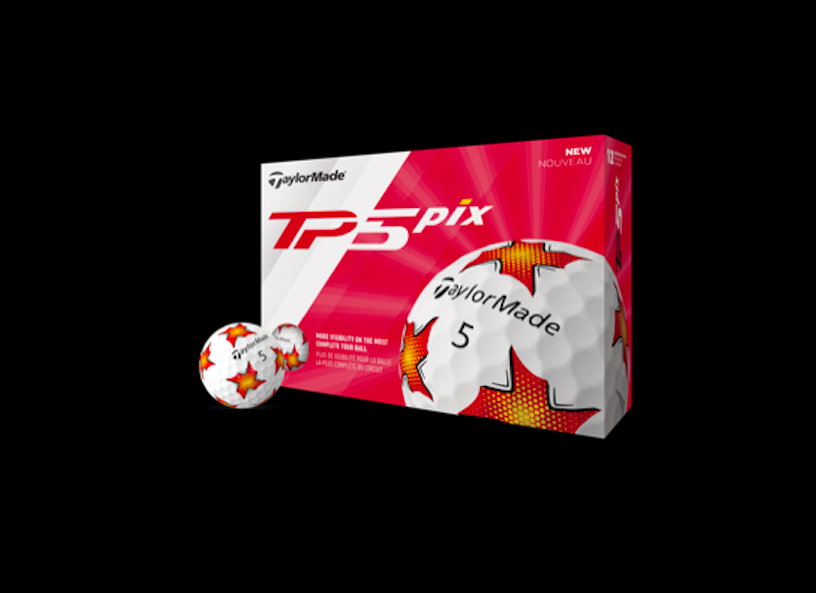 The TP5, of course, is equipped with all the features of the standard TP5. To recap, these include, a new Speed Layer System comprised of four increasingly stiff layers, featuring a new material called High Flex Material (HFM). According to TaylorMade, HFM is the fastest material the company has ever used, and the tightly wound spring of the HFM aims to create more rebound energy when compressed for added ball speed and also to increase the force on the driver face for added distance.

The Tri-Fast Core of the TP5 Pix features an extra large low-compression inner core with a progressively stiffer outer core and mantle. Working in conjunction, these three layers seek to create lower drag and increased carry. 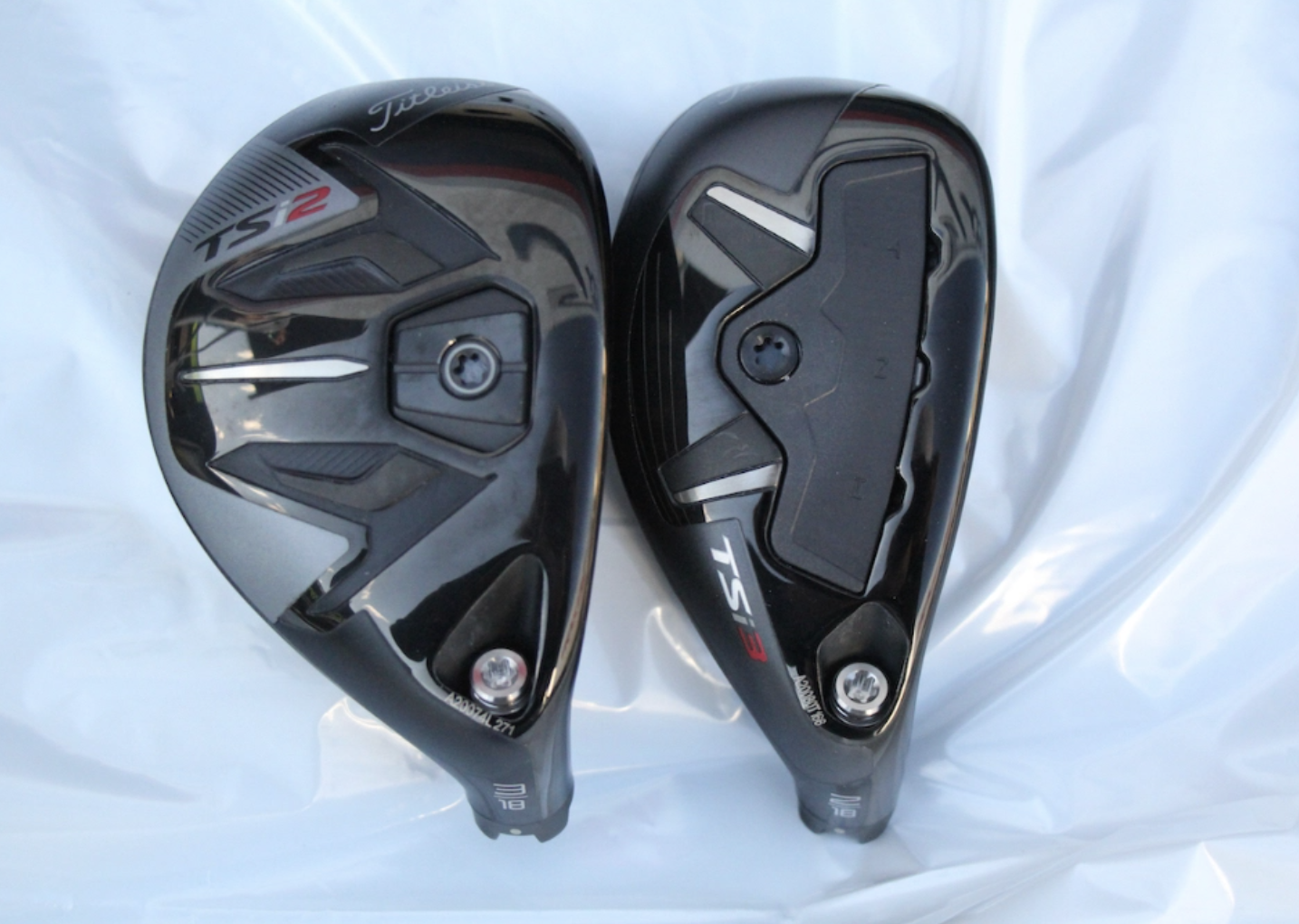 To say Titleist has been having success with its TSi metal woods and T-Series irons would be an understatement. Just this past week, the TSi Series drivers were the number one driver at The Sony Open, and in more than one event during the 2020 portion of the PGA Tour season, they swept all major equipment counts from drivers all the way to wedges and putters. 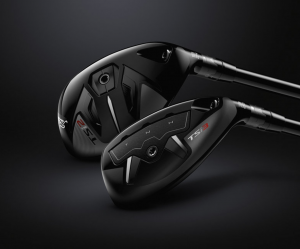 Now, building on the success of the TSi series, Titleist has just launched its newest TSi hybrids on the PGA Tour at the American Express in La Quinta, California. 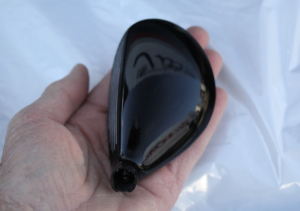 Titleist looks to be following the design principles of the TSi series with the TSi2 being a wider-soled hybrid intended to help increase launch while the TSi3 is more compact and also included the same SureFit CG (center of gravity) track that can be found in the TSi3 driver and fairway woods. 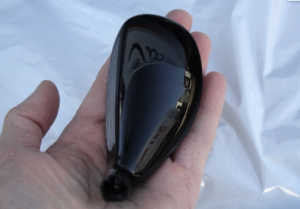 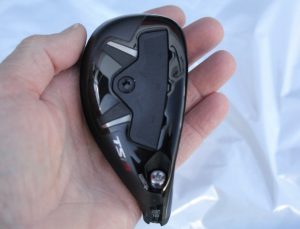 The hybrids will also continue to utilize the SureFit adjustable hosel to fine-tune lie and loft and help golfers dial in ball flight.

We don’t have the full technology story yet, but based on the success of the previous generation hybrids both on tour and with regular golfers, we can expect Titleist has pulled out all the stops to achieve maximum performance.

See what golfers are saying about the TSi hybrids in the forums. 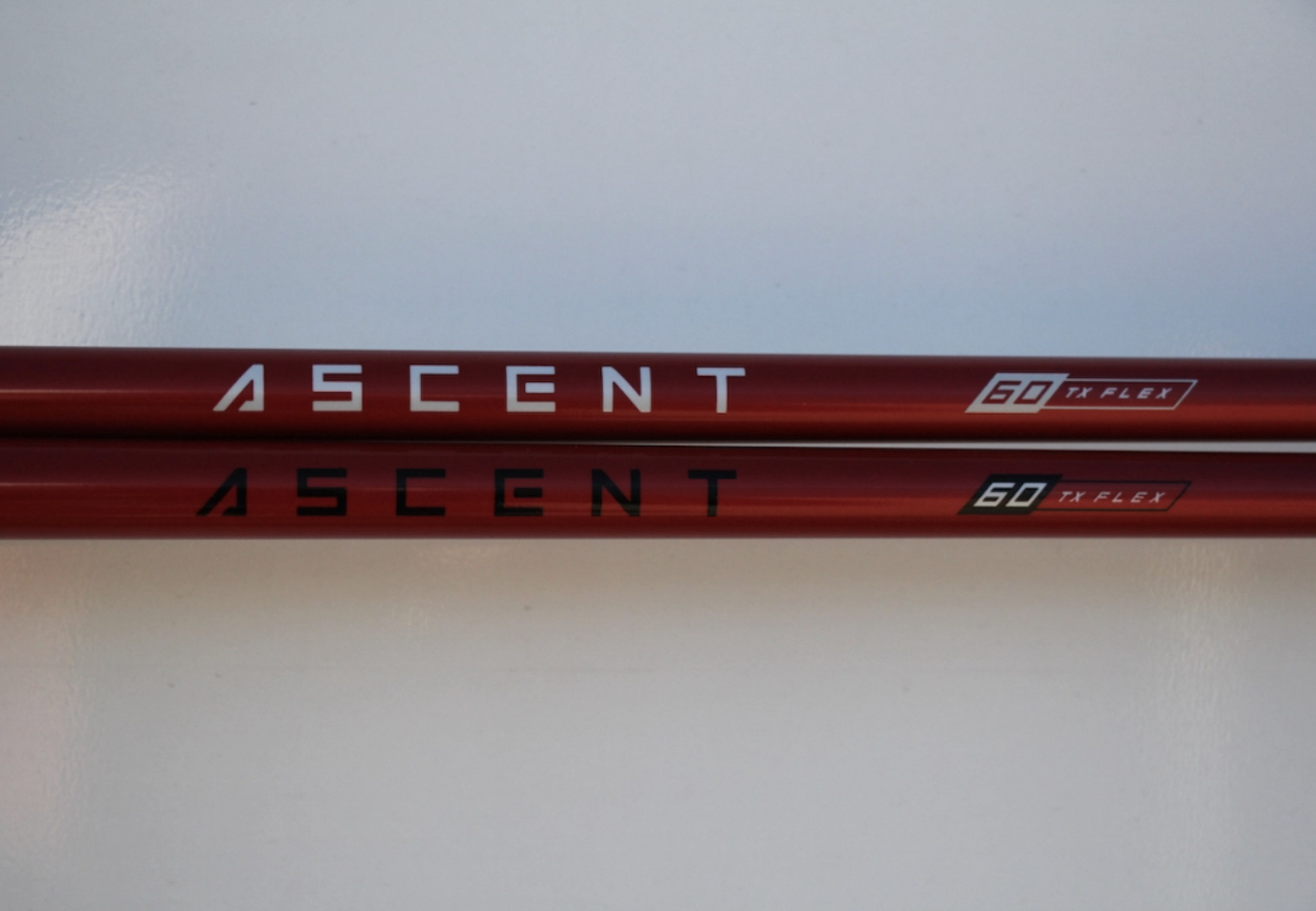 The PGA Tour is back on the mainland and on the west coast this week at The American Express being played at PGA West in La Quinta, California.

That’s not too far from Carlsbad where a majority of the OEMs in golf reside, which also makes it the perfect place to show off some of the latest technology and components to tour players—including shafts. 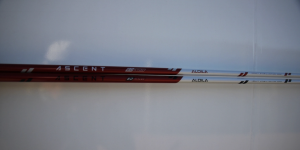 This week, we spotted the all-new Ascent shaft from Aldila, which judging from the finalized graphics, could be available soon in the retail market. 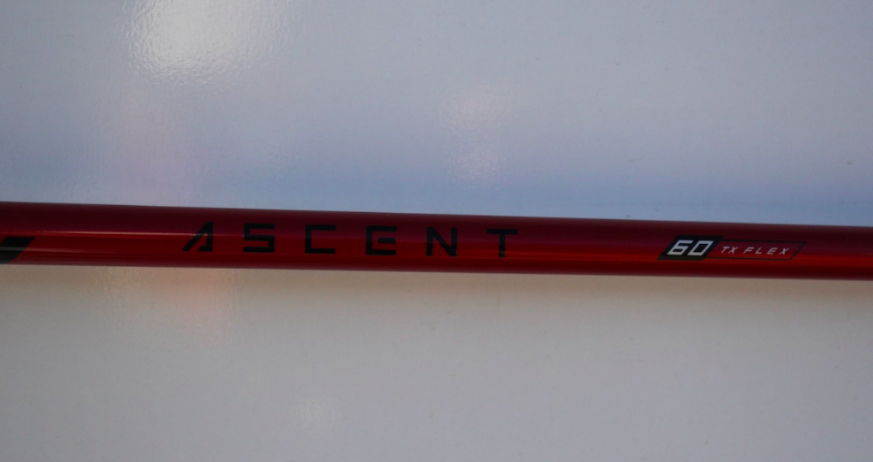 We reached out to Aldila and parent company Mitsubishi Chemical to get the details on the new shaft and what makes it different from others currently available on the market, and here’s what we know

The shaft also features what Aldila is calling an Impact Stabilization Zone—a section of increased stiffness, which, as the name suggests, helps stabilize the head towards impact. It is designed to pair with the heavier tungsten prepreg at the tip to create an active yet stable shaft that promotes launch while maintaining accuracy. 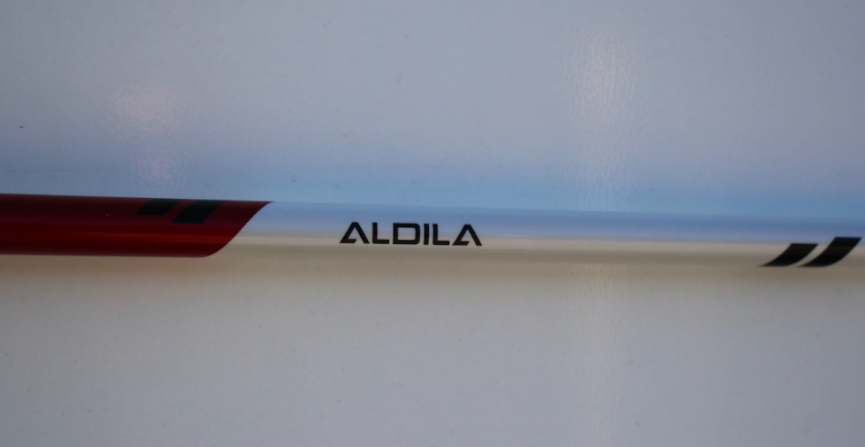 We don’t have confirmation of the retail availability or the pricing of the new Ascent shaft from Aldila, but we do have the spec sheet, which gives some insight into the options that this shaft will be available in. 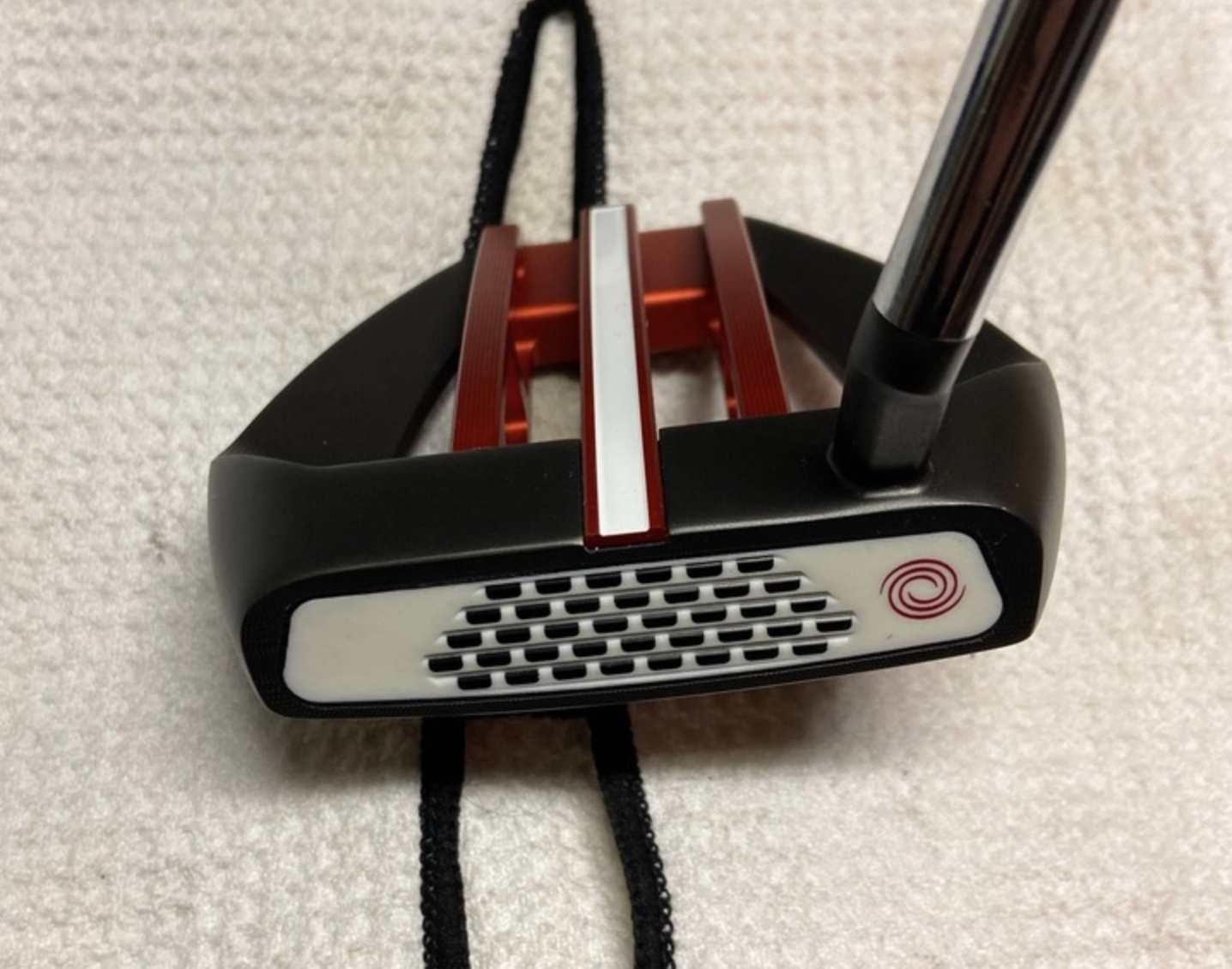 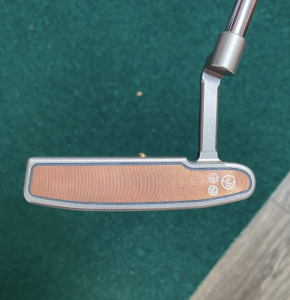 This milled, copper insert beauty of a putter is gonna set you back, but for good reason: It’s one of a kind. 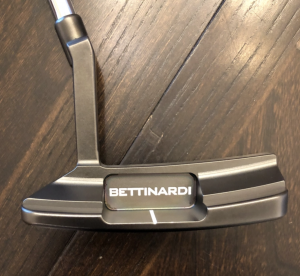 Made in America and ready to roll the rock for you.

To see the full listing and additional pictures check out the link here: Studio Stock 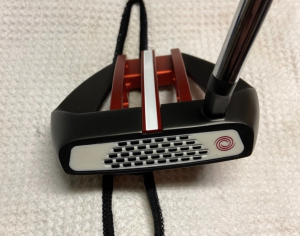 Need help with alignment and better roll? This Odyssey EXO Marxman is packed with tech to help you putt better—and is also priced to move.

To see the full listing and additional pictures check out the link here: Marxman