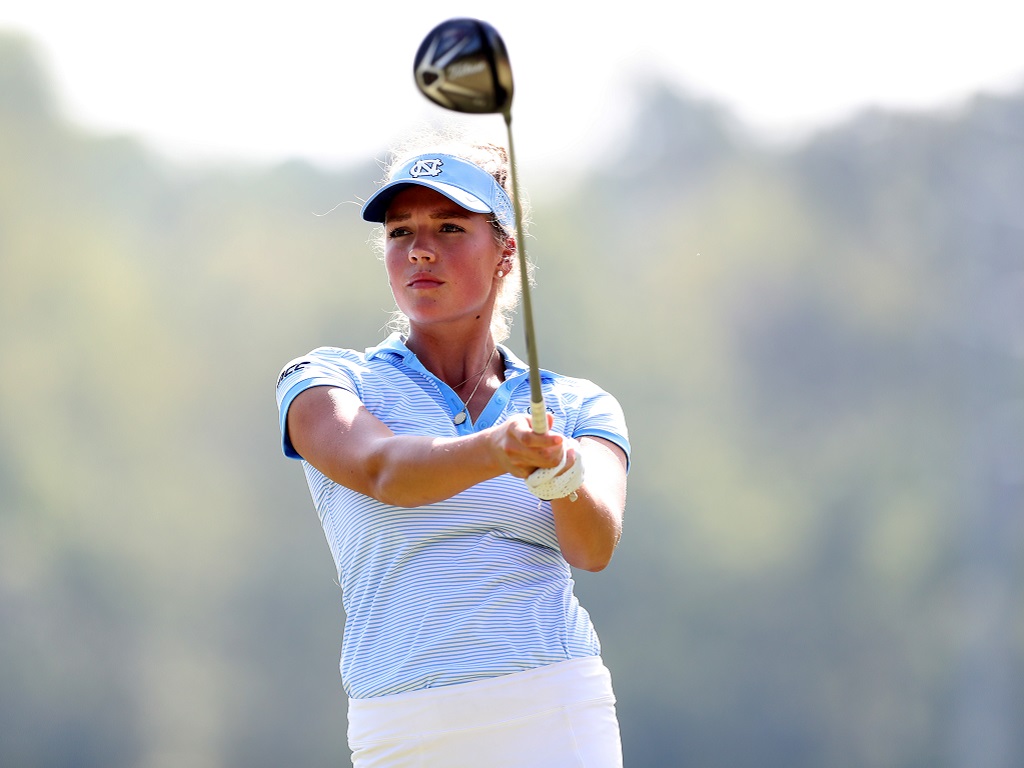 In 2018, Missouri women’s golf was likely the last team into the regional championship. To earn this right the team needed to average 295; scoring a decade earlier which would have likely made them a contender for being among the elite 10-15 teams in D1 golf! The fact is, in a little over a decade, the game has changed not a little, but a lot. Players from the past would have no chance to compete with today’s teams.

Why? Girls are simply stronger, better coached and more focused on golf. According to Joey Wuertemburger, a teaching professional with 100-plus college players

“The bar is getting raised every day, I’m seeing the next generation of women getting more athletic, which helps with the speed component but also with the ability to make changes quicker in their individual coaching programs.”

One example of the power of women’s golf is Emily Tubert. Emily, a former USGA champion, college golf standout at Arkansas and LPGA player recently hit it 322 yards in a nationally televised event. Emily is not even a complete outlier, look at club head speed data with driver collected by Trackman from the 2018-19 rosters at University of Arkansas

Arkansas is not an outlier either. Troy women’s coach Randy Keck notes two players on his team with club head speeds of 103-ish with the driver and a team average in the upper 90s. This means that players are hitting the ball on average at least 225 in the air. When playing courses of 6,200 yards, this gives them lots of opportunities to have short irons and attack short par 5s.

At the end of last year, according to GolfStat, four women’s teams (Alabama, UCLA, Arkansas, and Duke) had adjusted scoring averages under par, with the University of Alabama leading with 70.93. According to Mic Potter, head women’s coach at the University of Alabama, “Through eleven tournaments in 2017-18, our team was 111 under par. Thirty years ago, if a school averaged 300, or roughly 12 over per round, they were winning tournaments. In 2018 they are more likely to finish last. Student-Athletes are entering college more physically fit, with better technique, and more prepared to play at the highest level. This is reflected in their ability to score.”

The transformation of women’s golf can be seen throughout D1, as well as into other levels. One amazing example is the University of Indianapolis, the 2018 D2 women’s national champions and likely among the best D2 teams ever. According to Golfstat, for the 2017-18 season the adjusted score for the team was 73.45 which helped them win 11 times. Likewise, the women at Savannah College of Art had an amazing year in NAIA women’s golf with an adjusted scoring differential of 75.32.

At the junior level, players are equally impressive. Data collected suggests that the average girl going to play major conference golf has a scoring differential of about minus three for the past three years. This means that they shoot about three shots better than the course rating. That’s impressive until you consider that the best player in ranked in junior golf in the U.S., Lucy Li, has a scoring differential of minus 8.53. That’s almost two shots better than the player ranked second — darn impressive!

Women’s golf is on an excellent trajectory, which includes so much more depth, competition, and superior athletes who are driven to make their mark on the sport. Over the next five to seven years, it will be interesting to see these players develop in their quest to become the best players in the world — I cannot wait to see what happens!