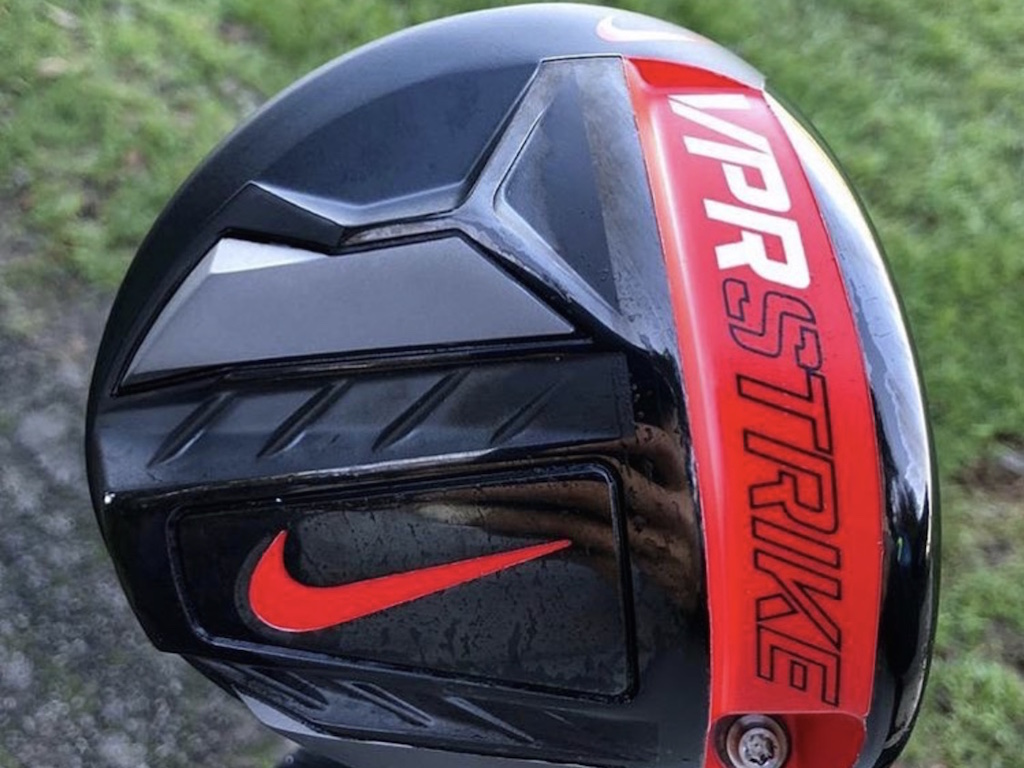 Photos of two other Nike VPR drivers added to Instagram 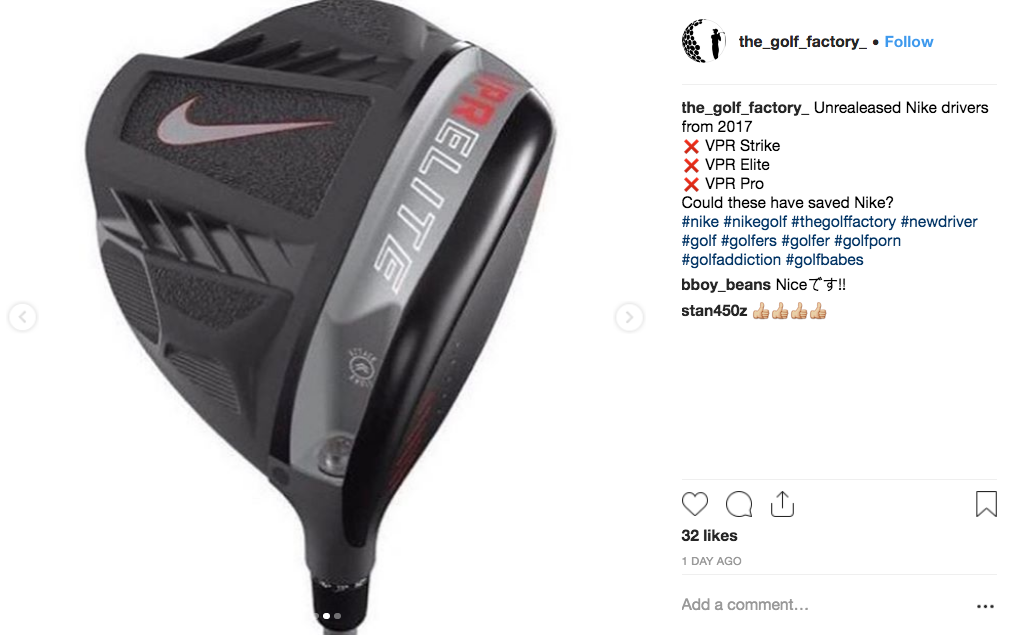 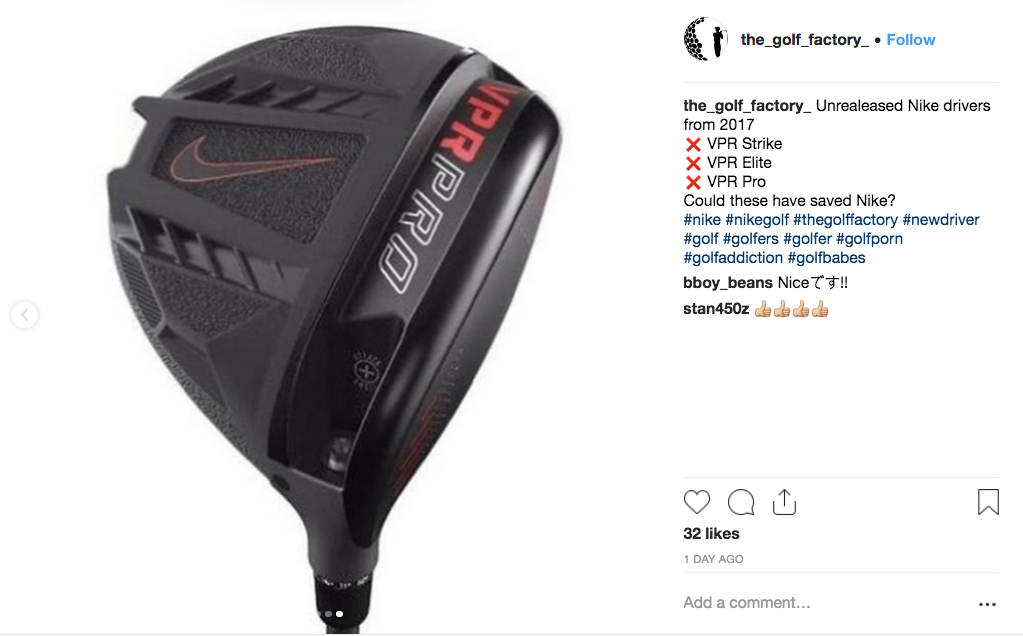 Instagram user @oli_willson shared some of his knowledge about the Nike VPR driver that he photographed; he says the info is based on his time at Nike, and is not confimred technology stories that were gonig to be released.

“There was going to be 2 drivers, the Vapor Strike and the Vapor Strike Elite. The theme was angle of attack as most higher handicappers are steep so the VPR Strike was aimed to launch high off a steep angle of attack. The Vapor Strike Elite was a RZN head and the ball speeds were incredible. It was aimed more at the guys who sweep the ball and better players. Rory loved it and wanted to put it in play following final testing at The Oven, but Nike wouldn’t let him. I heard an extra 8 mph of ball speed vs. the blue Vapor FLY Pro. One interesting technology I heard this driver had, was that it was illegal in certain parts of the driver face, but legal in the parts where COR was measured. Was going to be marketed potentially as ‘The legal, illegal driver.'”

An Instagram post by user @oli_willson, an “ex-Nike Golf employee” according to his Insta bio, shows a Nike “VPR Srike” driver that apparently would have come out in 2017 had Nike not decided to exit the hard goods section of the golf industry. 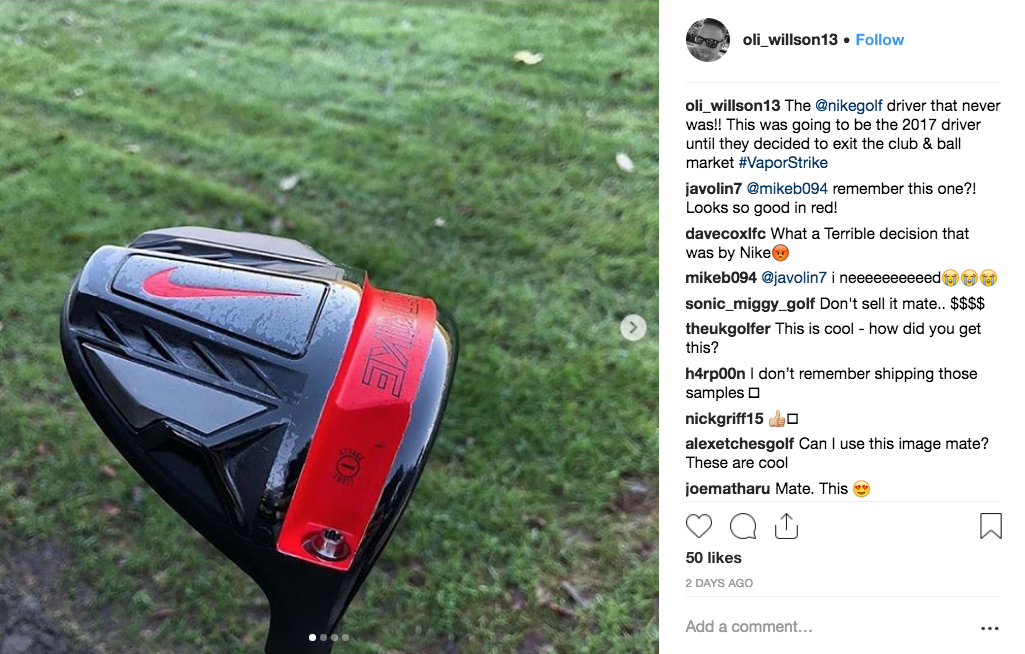 That is one thick “speed channel,” isn’t it?

In the Insta post, Wilson included 4 photos of the driver. Here’s a look at the crown, which seems to show some kind of carbon fiber-type technology. 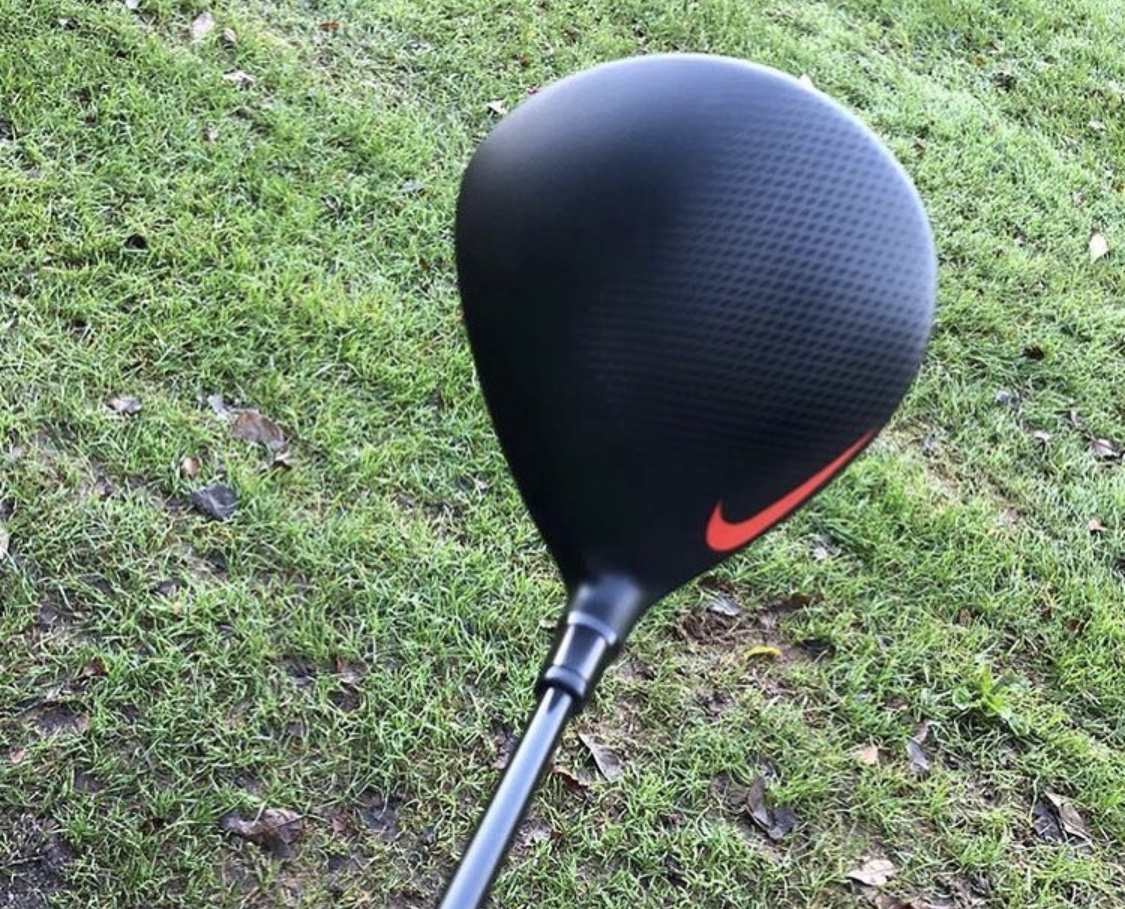 It’s interesting to see Nike was going back to a black-and-red colorway instead of the electric blue or volt colors the company was becoming known for. What other takeaways do you have from these photos of the Nike driver that never was? 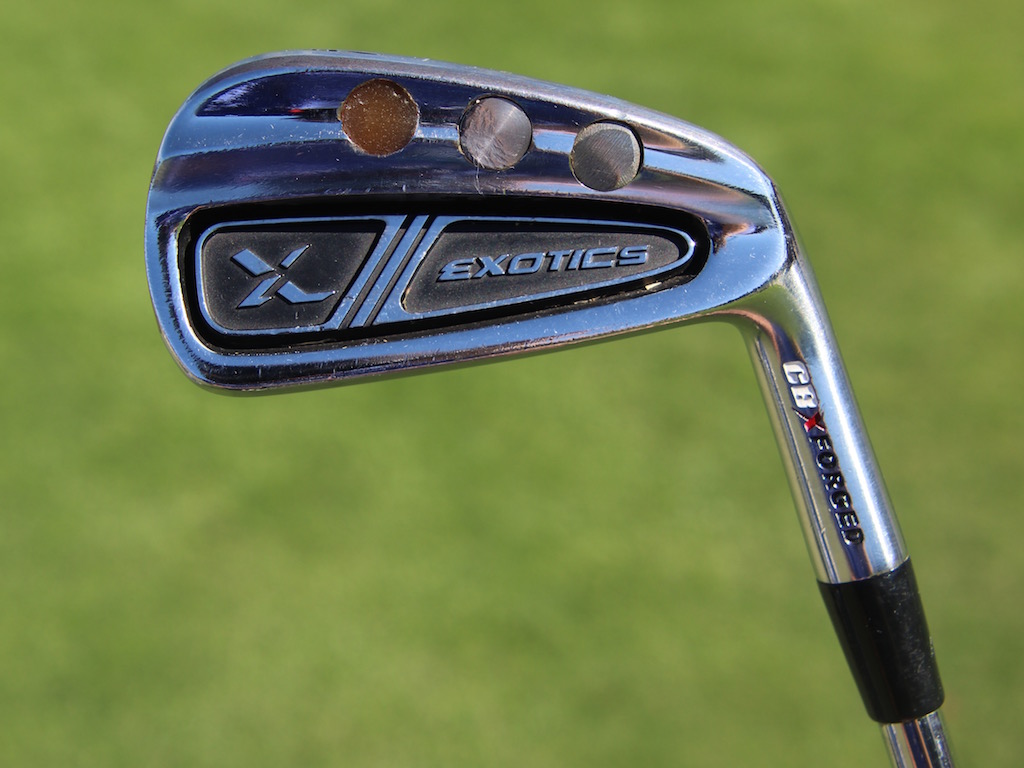 During most weeks, GolfWRX.com reports live from the practice rounds of PGA Tour events, but occasionally we check out the Korn Ferry Tour, LPGA Tour, and PGA Tour Champions as well. To be honest, I personally think most amateurs can learn way more from the equipment setups on the LPGA and Champions Tour, but that’s another story for another day. I’ll save the gear lessons and get right to the seriously cool, custom, and throwback equipment that I spotted recently at Phoenix Country Club for the 2022 Charles Schwab Cup Championship.

Below are my 7 equipment takeaways from going inside the ropes at the Champions Tour season finale. 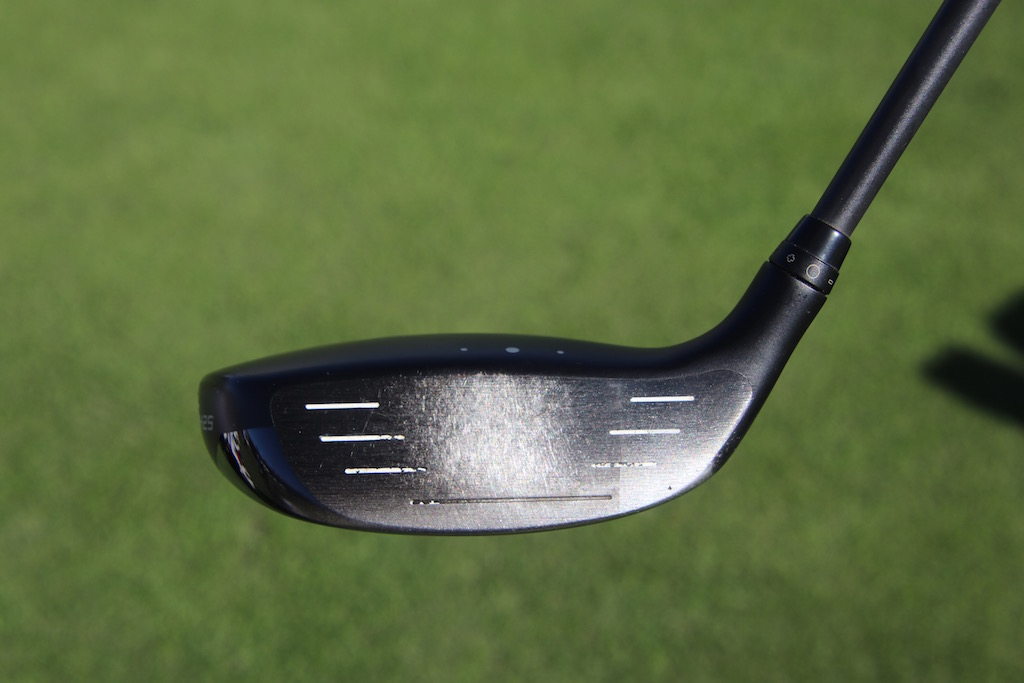 Miguel Angel Jimenez uses three different Ping G425 Max fairway woods (14.5, 17.5 and 20.5 degrees), and each of them have similar wear marks directly in the center of the face – aside from the 7 wood, which has a slight skymark near the crown. 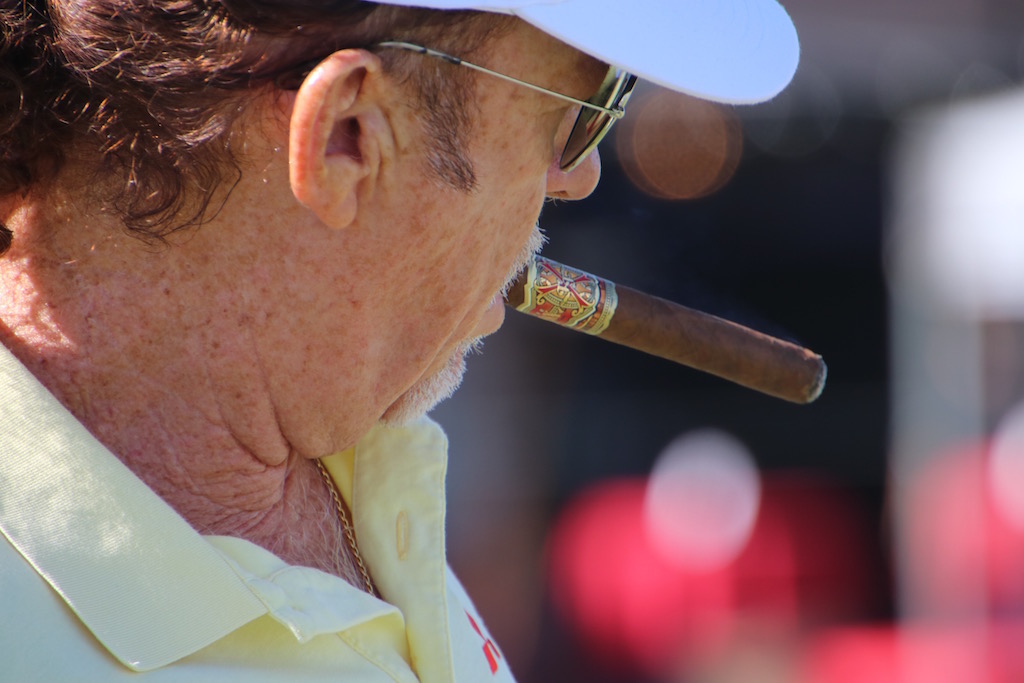 We also got a close look at the type of cigar that Jimenez smokes, if you’re into that kind of thing. It’s a Chateau de la Fuente Opus X Rare Estate Reserve from 1992, for those curious.

2) Stickers are a viable way to customize your clubs 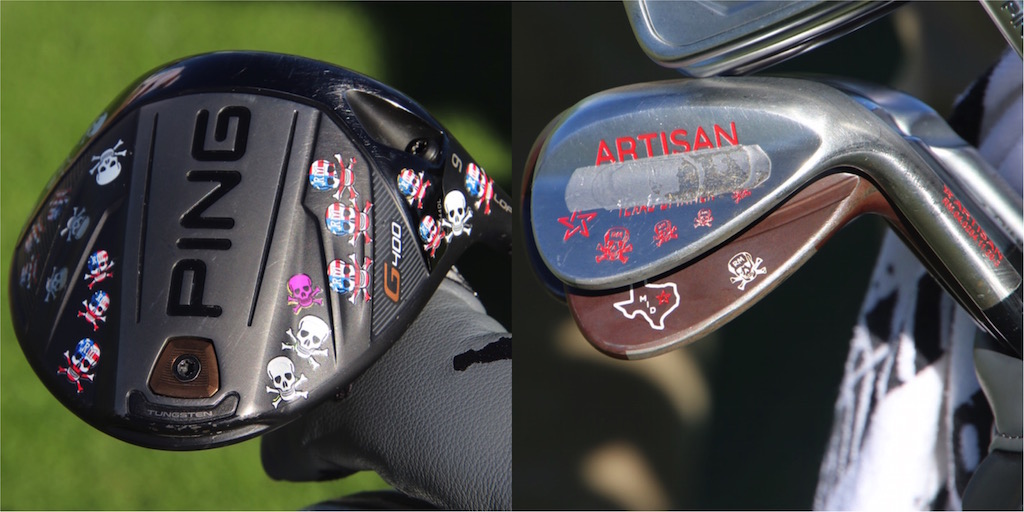 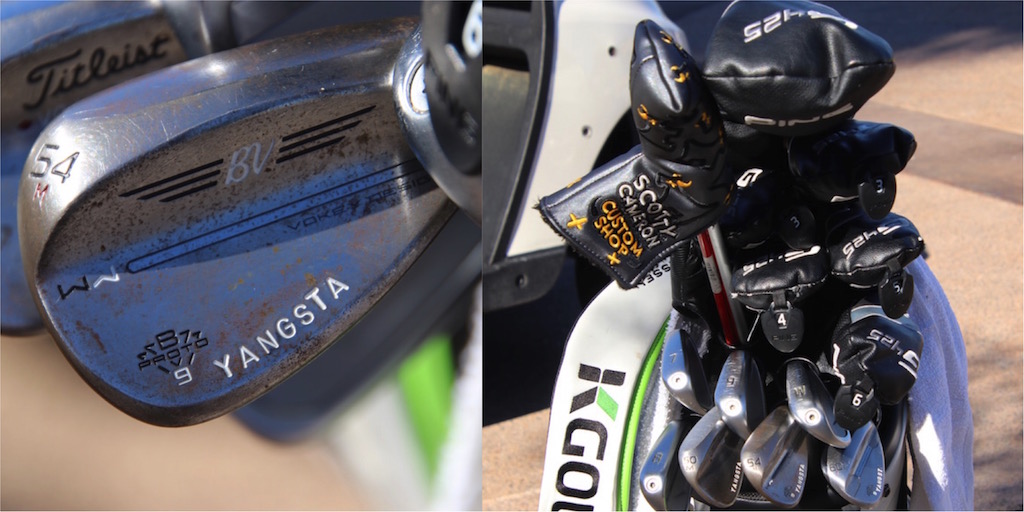 And, as always, his bag is so packed with hybrids that his longest iron the bag is a 7-iron! 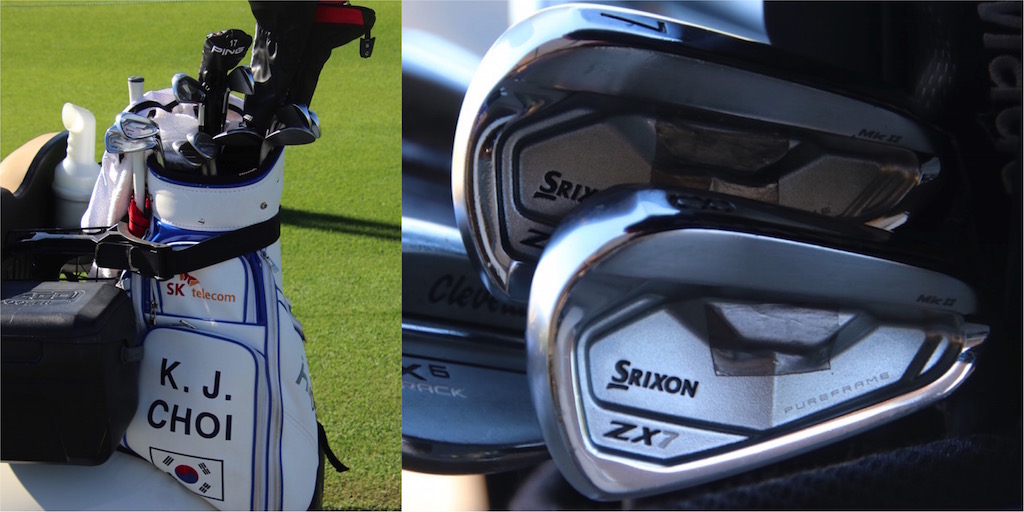 It’s always fun to see what clubs K.J. Choi is using, because he seems to switch it up so often. Most recently, he was using Srixon’s brand new ZX7 MKII irons, with a small strip of lead tape on the back cavity.

5) A TaylorMade xFT ZTP wedge spotted in the wild 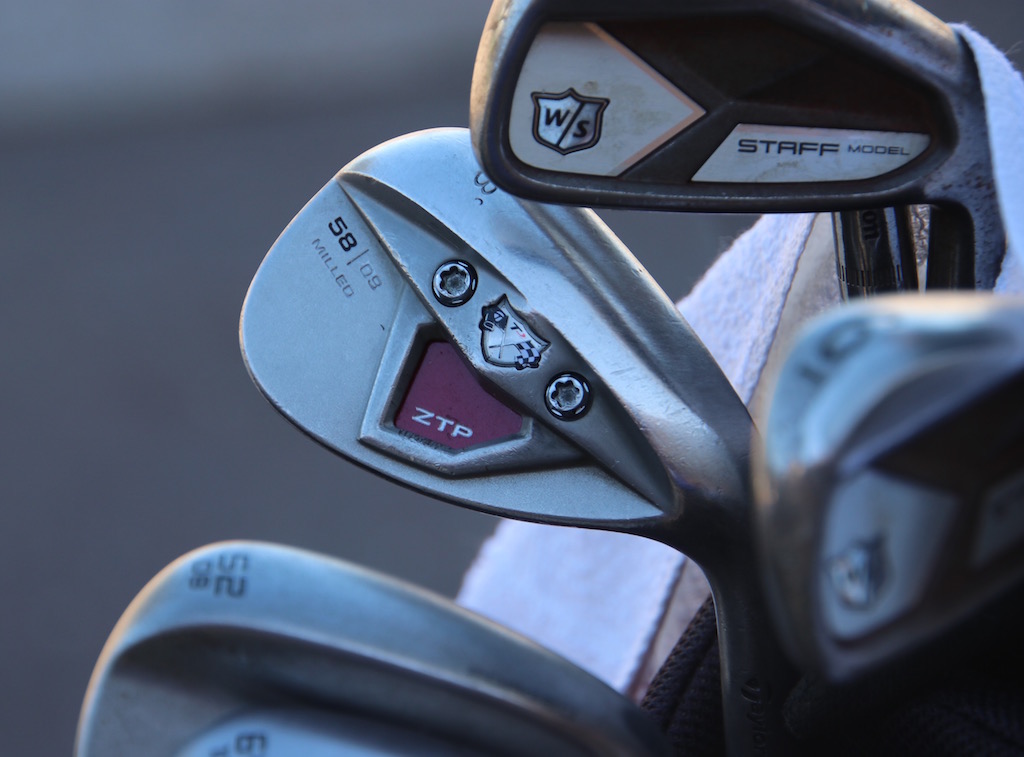 When I was heading toward Padraig Harrington’s bag to see what irons and wedges he was playing these days, I was NOT expecting to see an old TaylorMade XFT ZTP 58-degree wedge from 2010. I can’t help but get nostalgic seeing old clubs like this still being used by professionals. 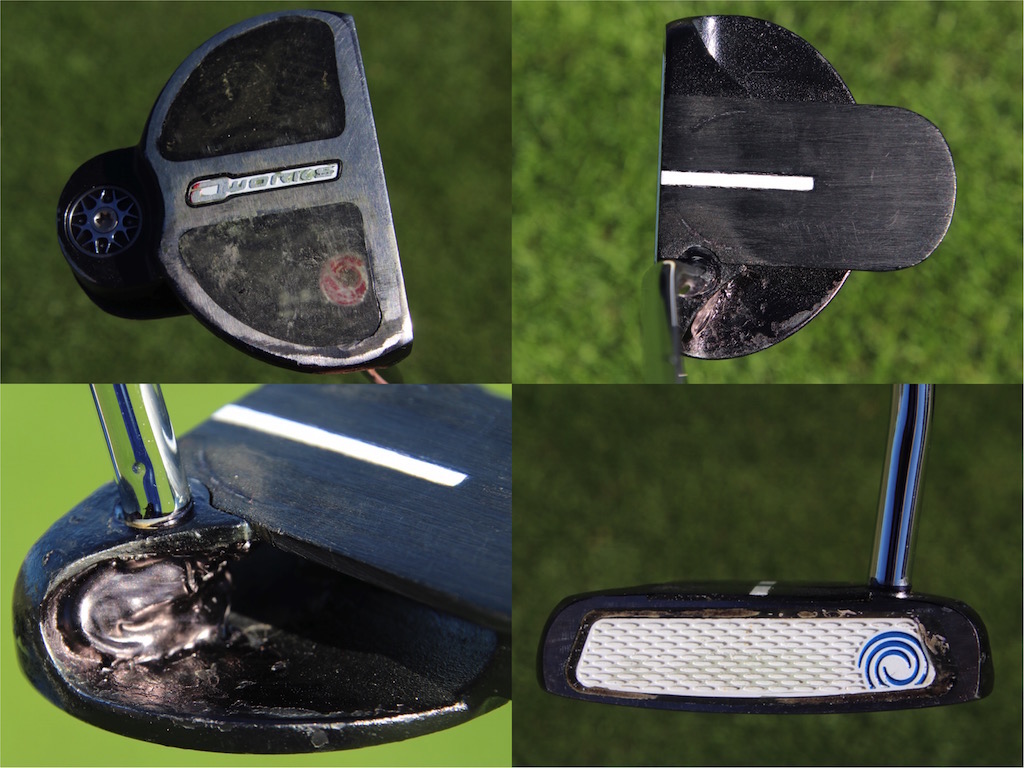 Retief Goosen’s gamer putter used to be an Odyssey O-Works 2-ball. I’m not sure you can consider it a 2-ball putter anymore, since the crown is completely blacked out with a single white alignment line. Now it’s just the Odyssey O-Works “Goose Proto,” as I like to call it. 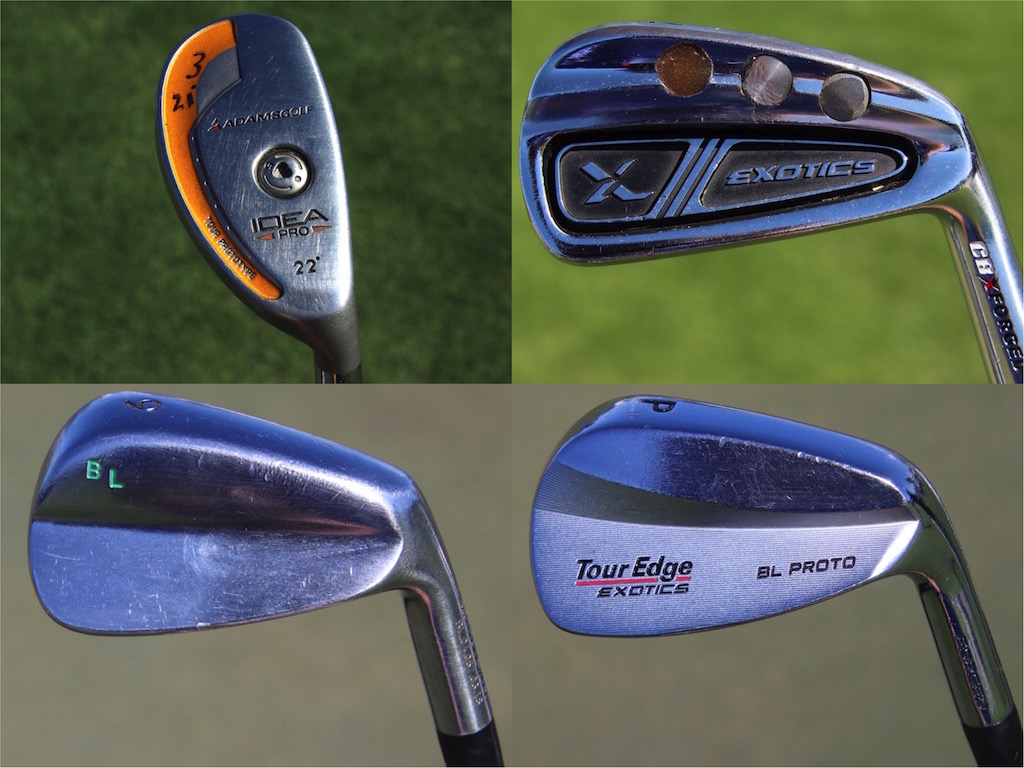 Bernhard Langer doesn’t use iron “sets,” per se, because he mostly crafts his bag setup by selecting individual clubs that are tasked with specific jobs and yardages to hit. As such, most of his irons are custom built exactly to his preferences. He uses Adams Idea Pro hybrids, Tour Edge Exotics CBX Forged long irons, Artisan Golf 8-9 irons, and a custom Tour Edge Exotics BL Proto pitching wedge. It’s seriously fascinating to analyze his clubs.

If you want to know more about his process and his work with master craftsman Mike Taylor at Artisan Golf, check out this story I wrote a few years back for pgatour.com. 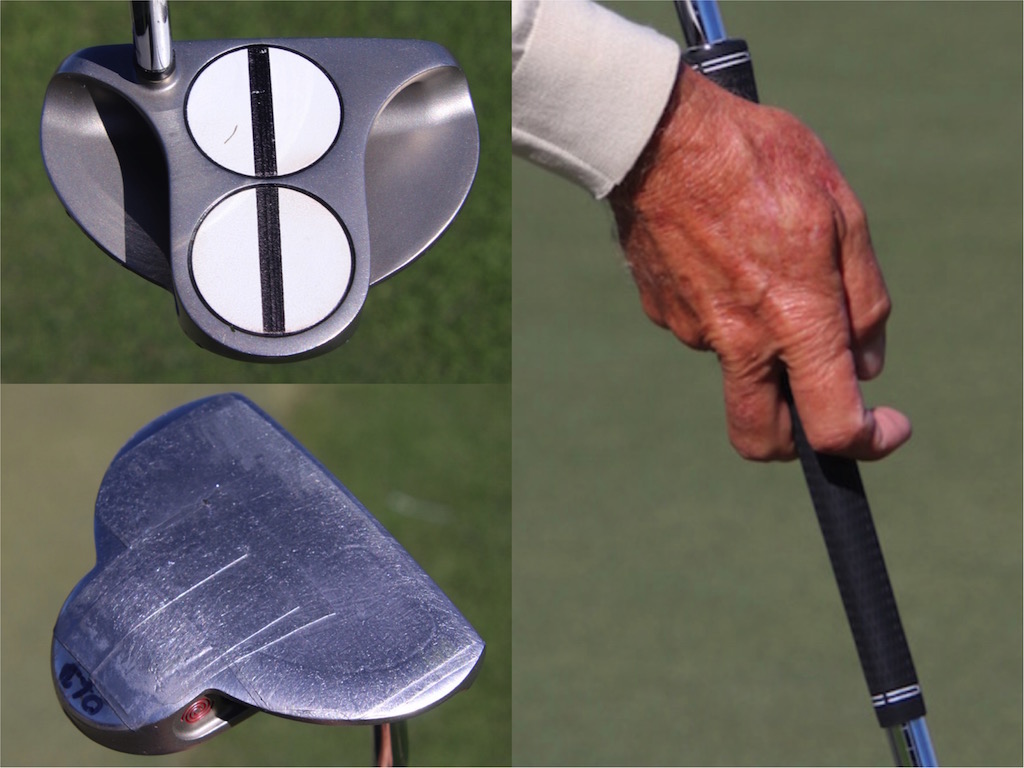 He also uses an Odyssey White Hot 2-ball, with a heaping of lead tape on the sole and a permanent markered thick black line on the crown. As for his grip on the longer putter, he uses two split Golf Pride Tour Velvet grips. 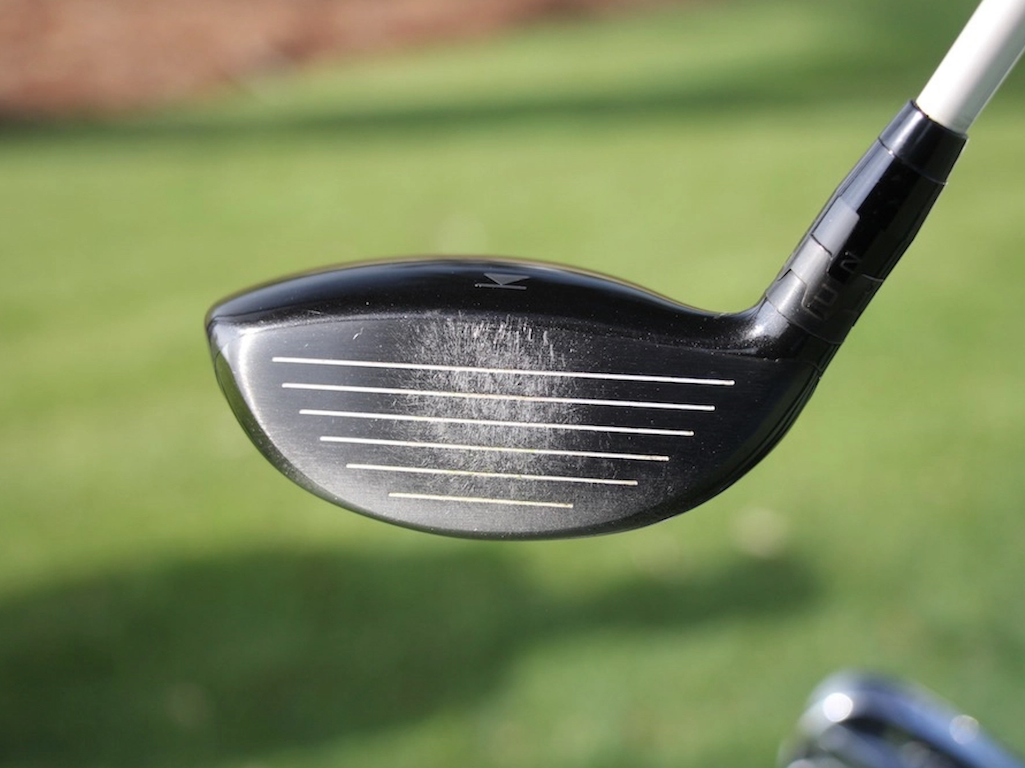 Equipment expert and putter maker Weston Maughan checks in with the top-five coolest things he spotted in our tour photos from the RSM Classic.

Check out Weston’s take, below.

And have a look at all our photos from the RSM Classic, below. 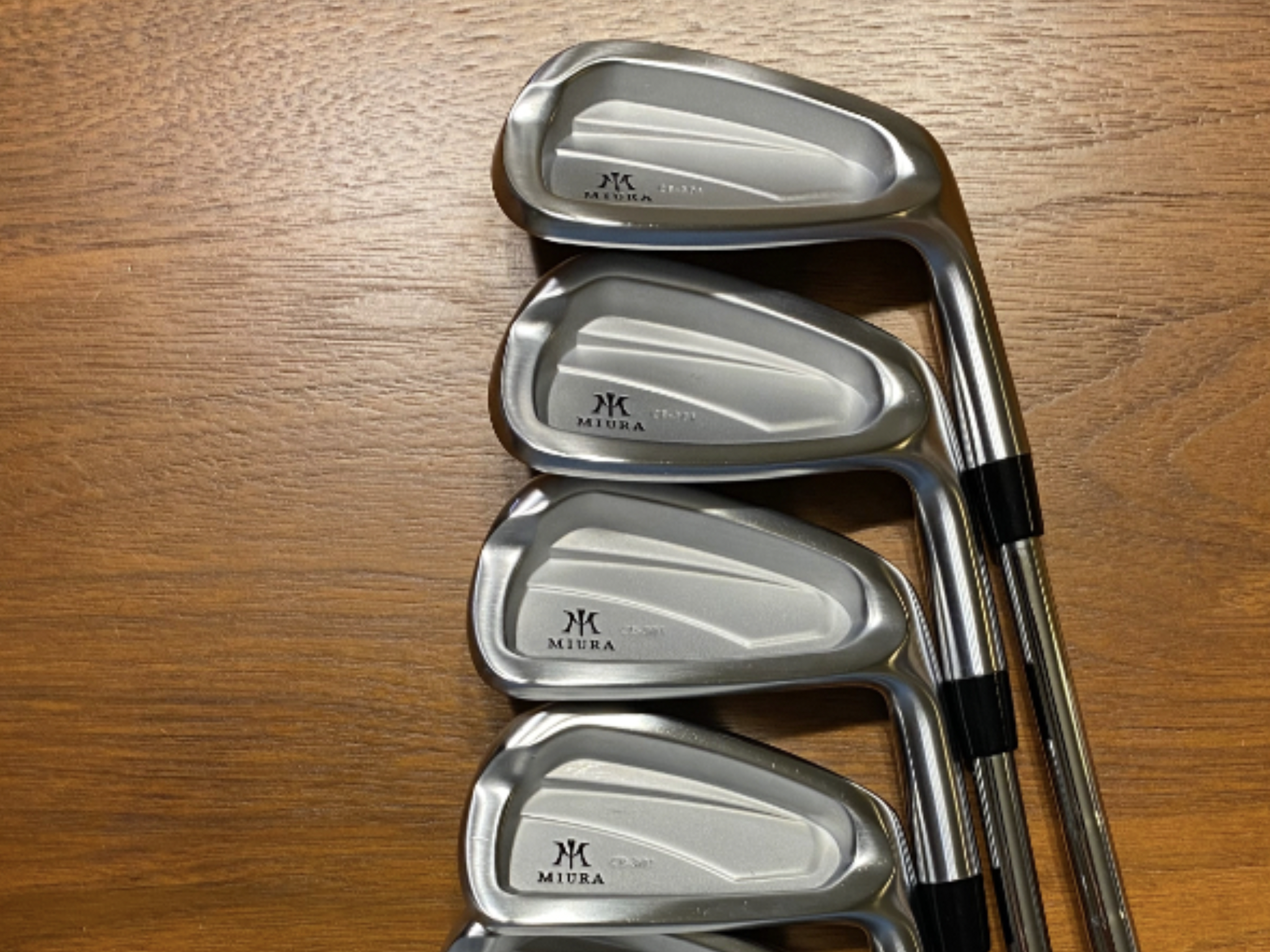 Currently, in our GolfWRX buy/sell/trade (BST) forum, there is a listing for a set of Miura CB-301 irons. 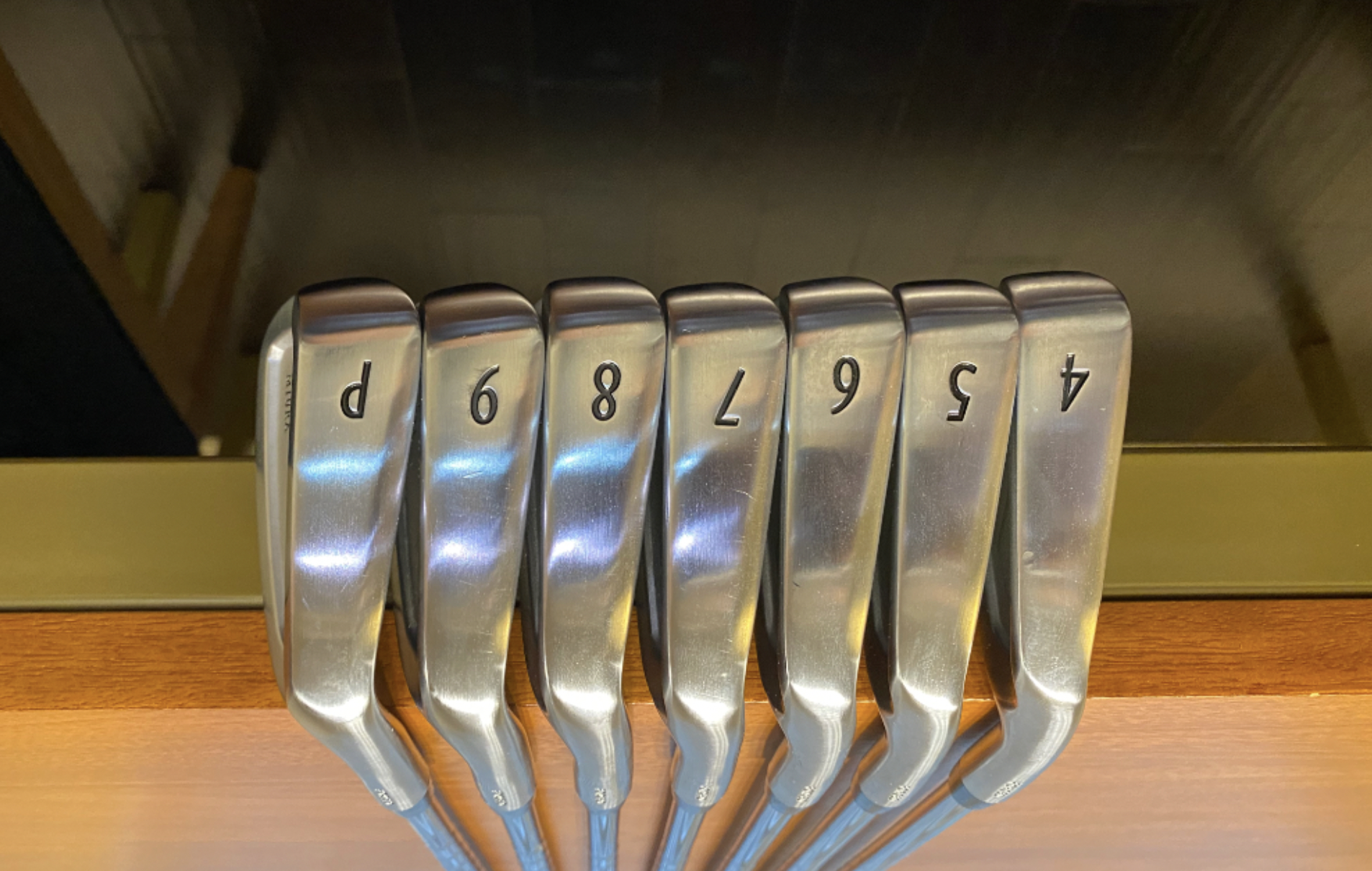 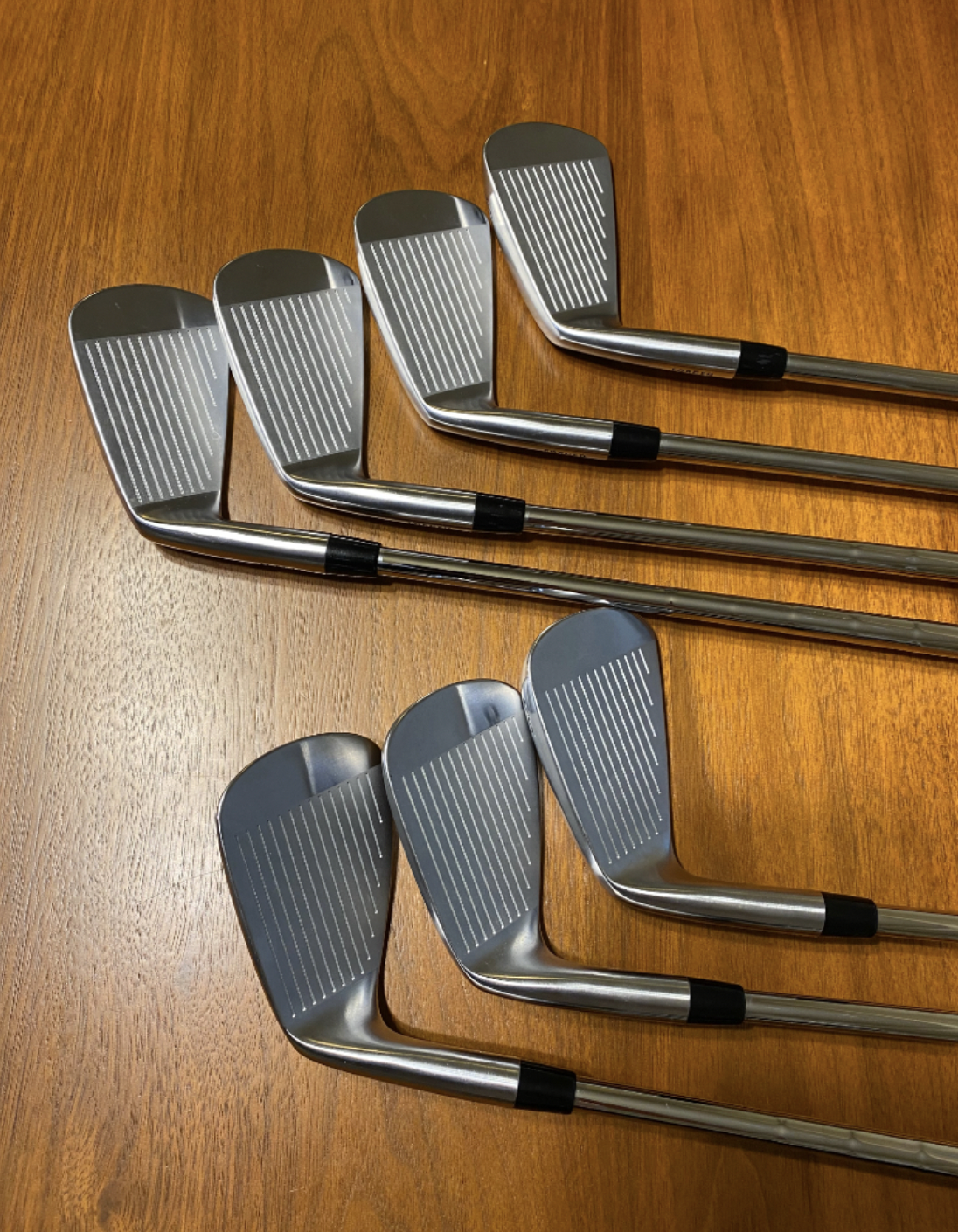 To check out the full listing in our BST forum, head through the link: Miura CB-301 irons 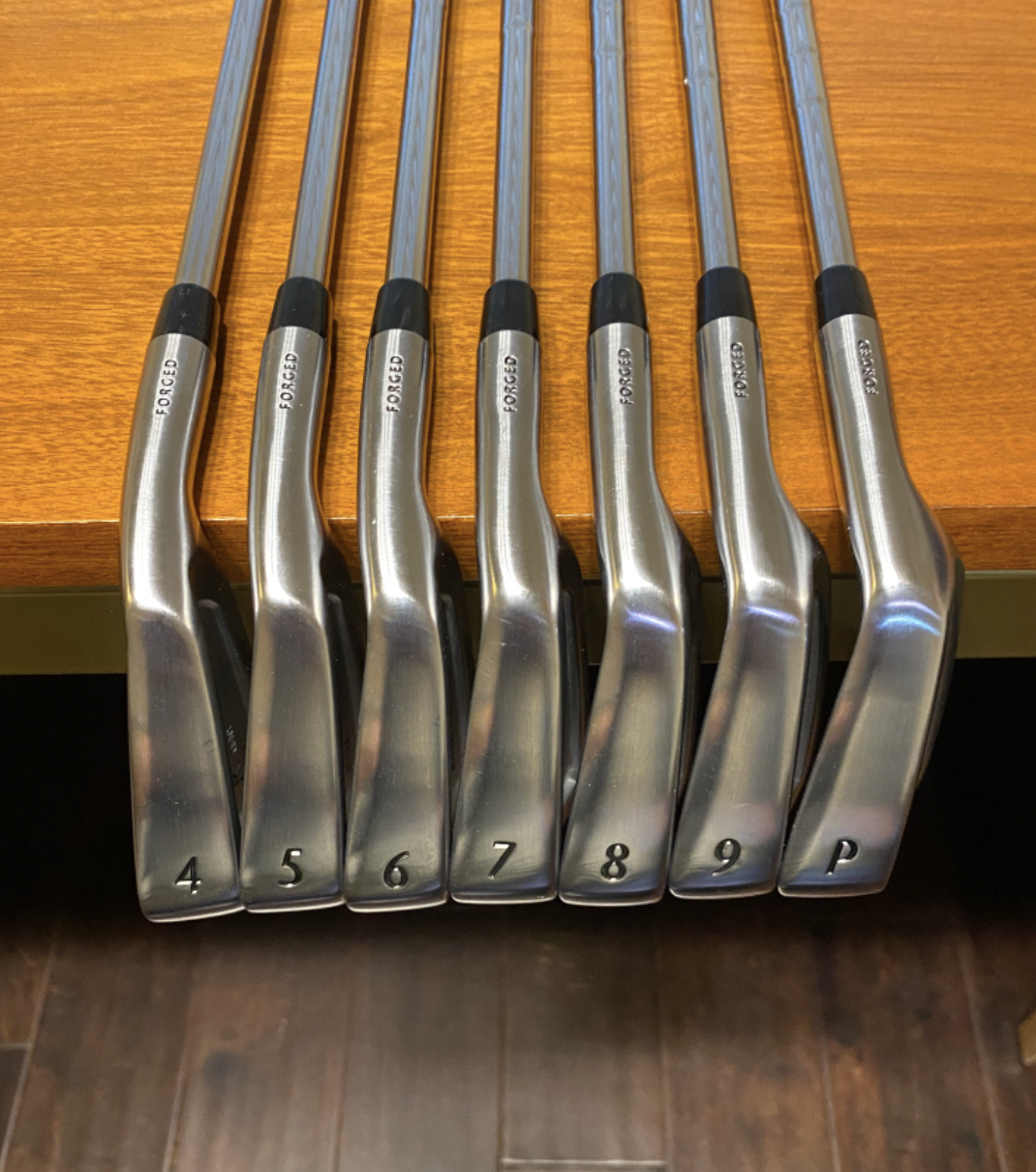