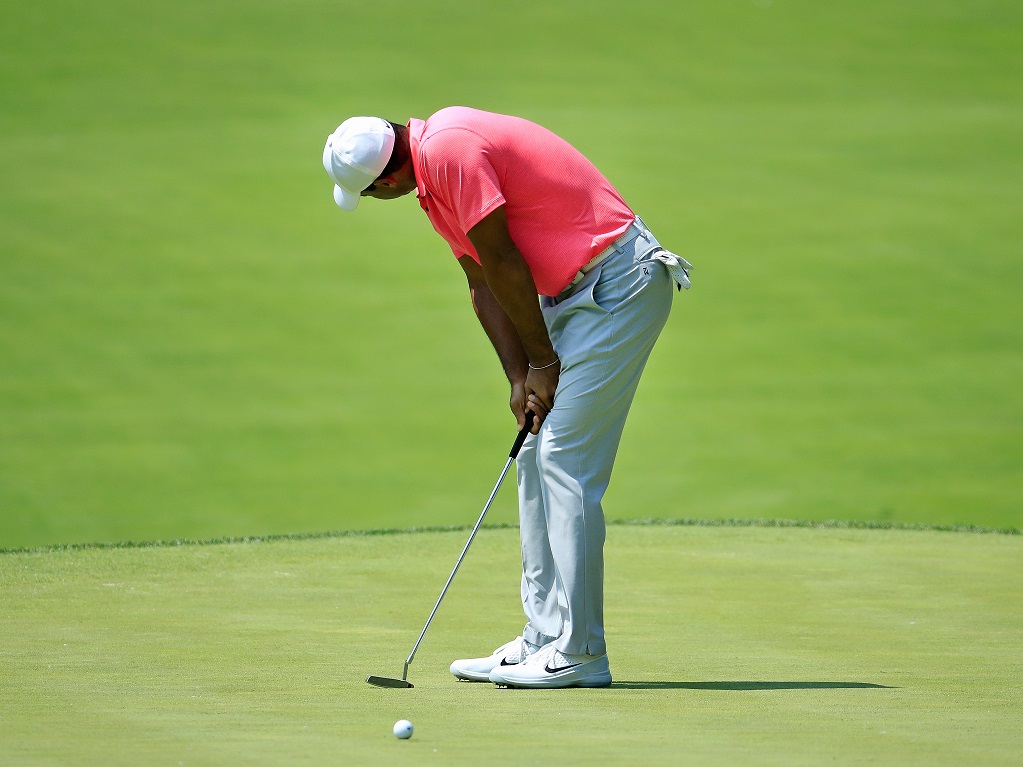 Tiger Woods fired a 4-under 68, Saturday that will have him starting his final round five strokes behind leader Bryson DeChambeau.

Woods called the score “the highest…I could possibly shot today,” and he isn’t wrong.

Woods missed twice from inside seven feet for par in his last three holes, as well as a four-footer for birdie at the 14th hole and two more opportunities inside 12 feet.

“I played really, really well. I played beautifully, actually,” Woods said, referring to his tee-to-green play. He hit 12 of 14 fairways and 15 of 18 greens. With a birdie putt at the 15th hole, Woods briefly grabbed a share of the lead.

“I was fine at the beginning of the round,” he said. “My speed was bad on the last two holes, the last two out of three holes, and I didn’t make any.”

If you’re wondering how much better Woods’ rounds should of been, TW did the math, per Golf Channel’s Tiger Tracker: “After estimating that he could have turn a second-round 67 into a 62 or 63, Woods believes that today’s effort should have been closer to 63 or 64.”

“I am definitely not taking advantage of how well I’m hitting it,” Woods said. “Shooting in the low 60s could have been pretty easy if I had just putted normally.”

Woods lost 1.42 strokes to the field with his putter Saturday. He lost 3.68 strokes Friday.

“Had total control of what I was doing out there,” Woods said.

Patrick Reed, who played alongside Woods Saturday said this regarding the state of Woods’ game.

“It’s close…He missed a lot of short putts today, hit a couple good ones, but for him it easily could have been 7 or 8 under par without blinking.”

While it’s always easy to play the “shoulda, woulda, coulda” game, a couple of statistically average days from Woods would have his name at the top of the leaderboard. As it is, he’ll need the “7 or 8 under par without blinking” he could have shot Saturday on Sunday to have a chance.

Regardless, encouraging stuff for the 14-time major champion and his fans as he eyes the U.S. Open at Shinnecock two weeks from now.