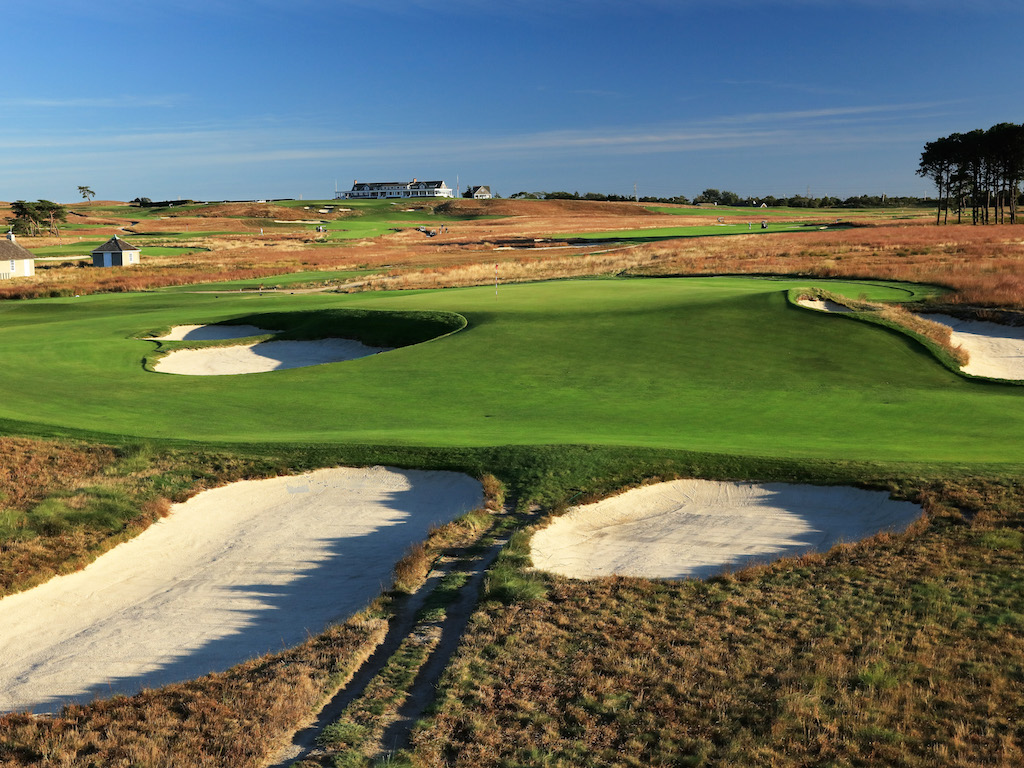 I have been fascinated by Shinnecock Hills since I was a kid, watching Corey Pavin’s 4-wood curling through space above the golden fescue and landing a few feet from the flag. It was further cemented by the massacre in 2004, where conditions were borderline unfair… except for the fact that everyone had to play under the same unfair conditions. I love the way this unassuming beauty brought the best in the world literally to tears. The Open returns to Shinnecock for 2018, and while all of the holes will obviously count, some will be crucial.

Here’s a breakdown of the holes that just might cause a breakdown for some of the players, and a couple that will give them a break. 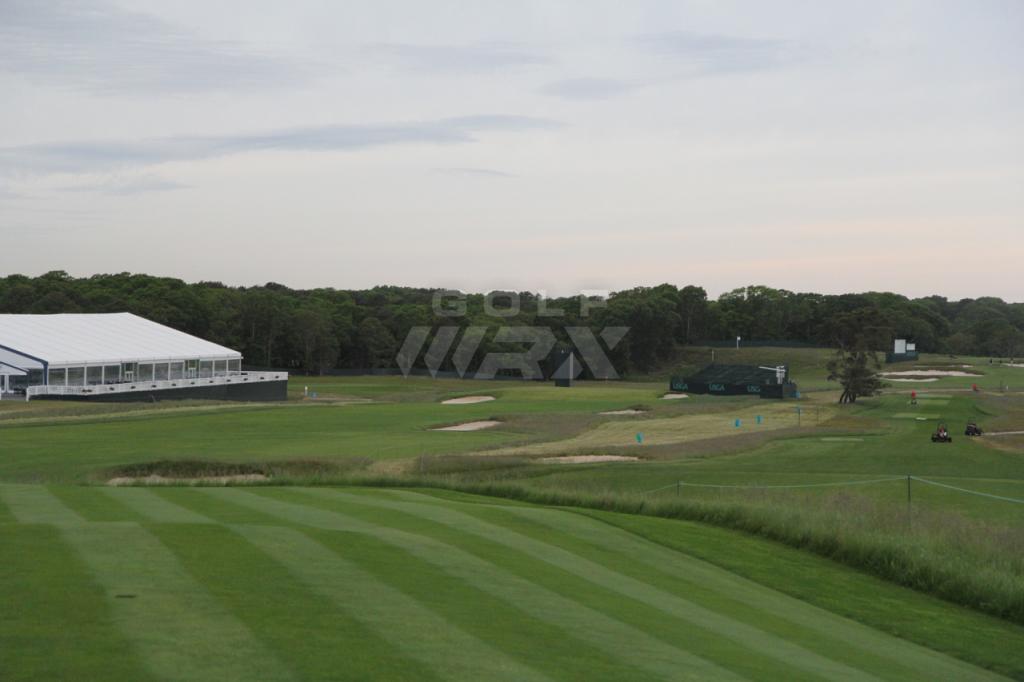 Like Merion and many other classic courses (other than Oakmont where it’s a death march from start to finish), number 1 at Shinnecock is a relatively benign hole. Long hitters will use less than driver and will still have a wedge into one of the most straightforward greens on the course. A rare birdie opportunity that must be taken advantage of. 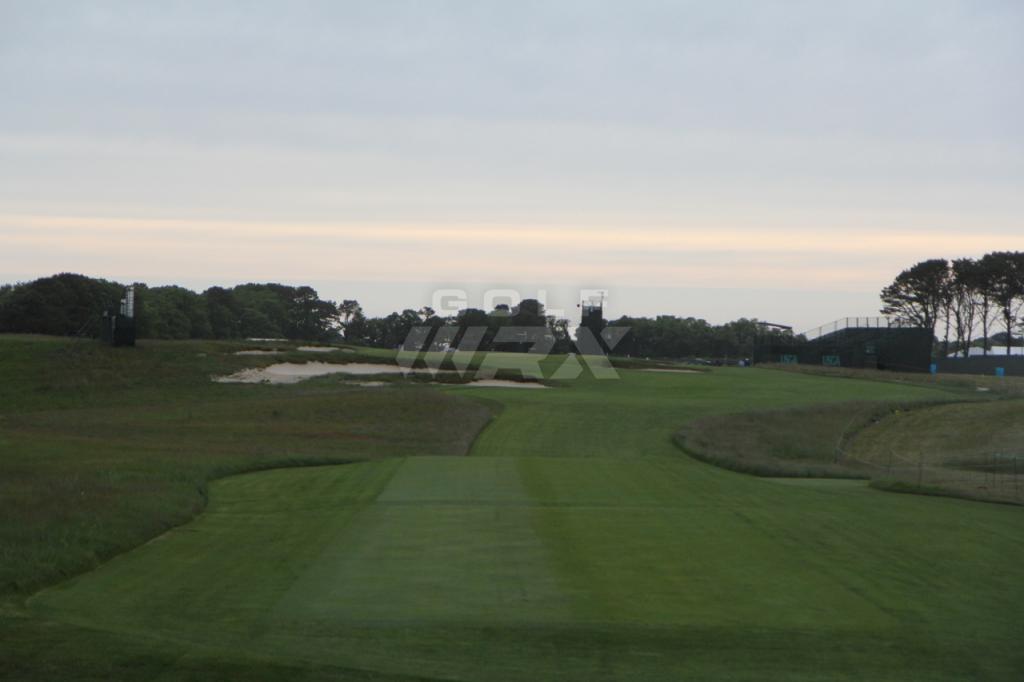 The longest par 3 on the course will hit the players in the face after the opening hole. It’s a long way uphill and if the wind is in their face it could take as much as a pro 3-wood to get to the green. As with most greens, staying below the hole is an imperative as there is a world of hurt behind. 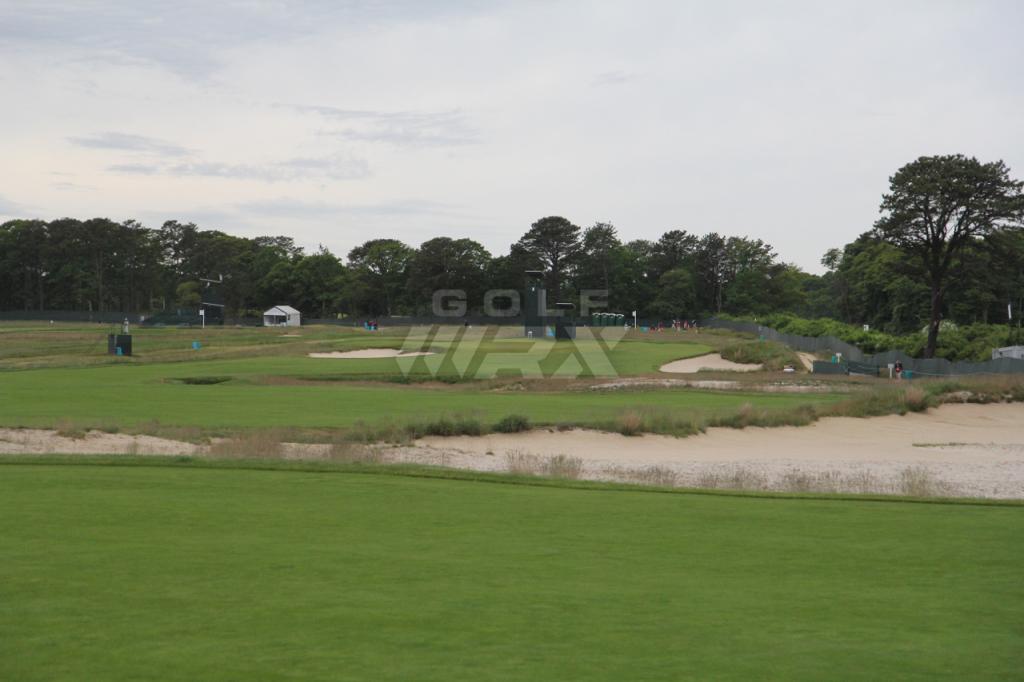 The No. 1 handicap hole on the course is a wolf in sheep’s clothing. Hitting the fairway will not be hard for the pros but he second shot is one of the most demanding in championship golf. Players will have to accurately judge the speed and direction of a cross wind that will be howling on every part of the hole except where they are standing. The only water on the course guards the green along with a cadre of greenside bunkers. Short right will be a popular spot and there are no easy up and downs here. Par will feel like a birdie. 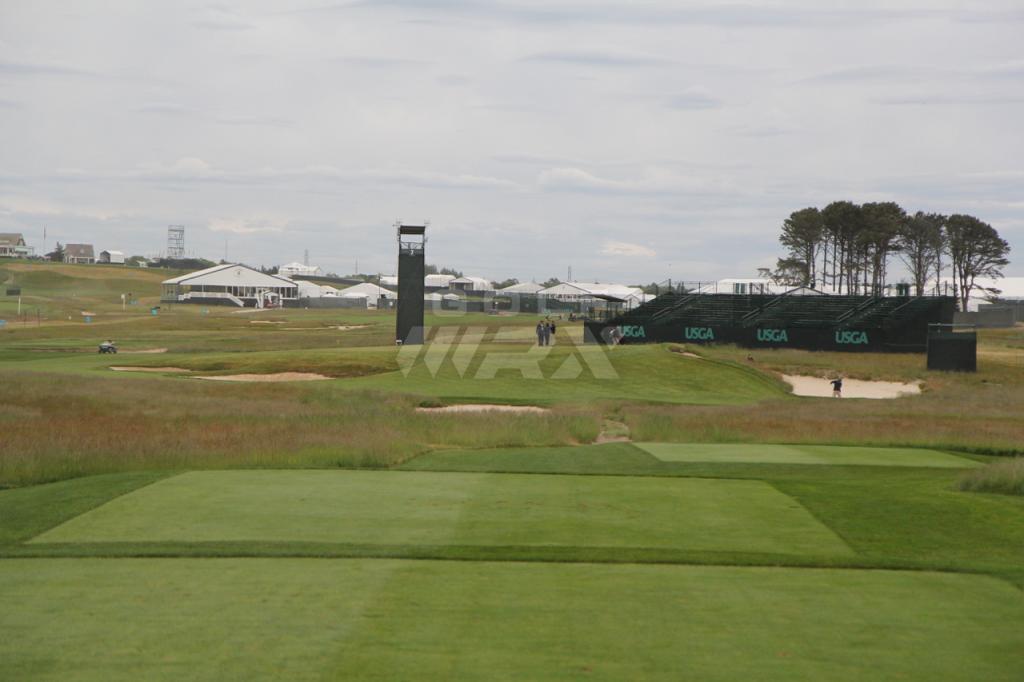 Maybe best known for its conditions in the 2004 open when the green got totally burnt out and was virtually impossible to hit and hold. It was like a watching the Daytona 500 with an oil slick on the second turn and the bitching and moaning of the field immediately made the U.S. Open my favorite major. Even with grass on it, number 7 is no picnic. Nicknamed “The Redan”, a French term for a fortification, the hole defends itself with distance, the wind and a triangular, back-sloping green that as only a couple of reasonable pin placements. More than half the field each day will likely have a wedge in their hands for the second shot and if conditions go south look for numbers that will look like a description of Happy Hour (4 to 6). 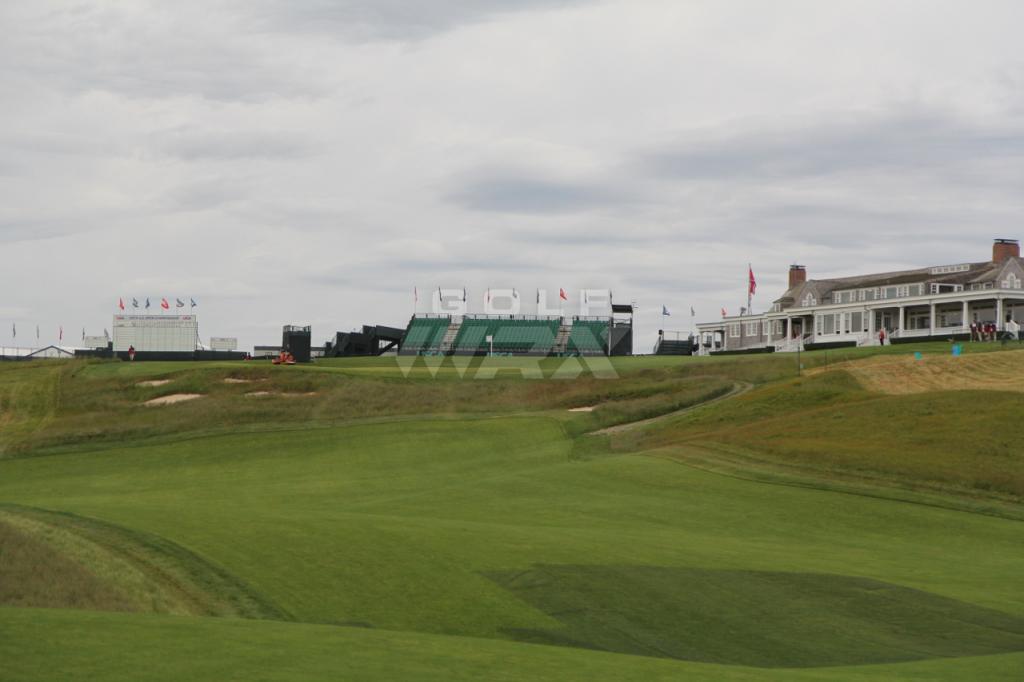 If Augusta has Amen Corner, then 9 through 11 at Shinnecock might be called “Hell’s Belles,” a breathtaking trio with a perfect combination of beauty and danger. The tee shot on nine seems easy,  but you have to be in the fairway to be in position to go for the green. As with every hole at Shinnecock, a good sot is rewarded with an opportunity for another, in this instance a good tee shot will leave a short club into a green that is fairly large but perched about 50 feet above the players standing in the fairway and sloped back to front. Players unable to control their spin will find their third shots in waste areas and bunkers guarding the front of the hole, or maybe even back at their feet. Spectators will have a majestic view of the entire course from the green, including the red faces of those who don’t execute on this exacting test. 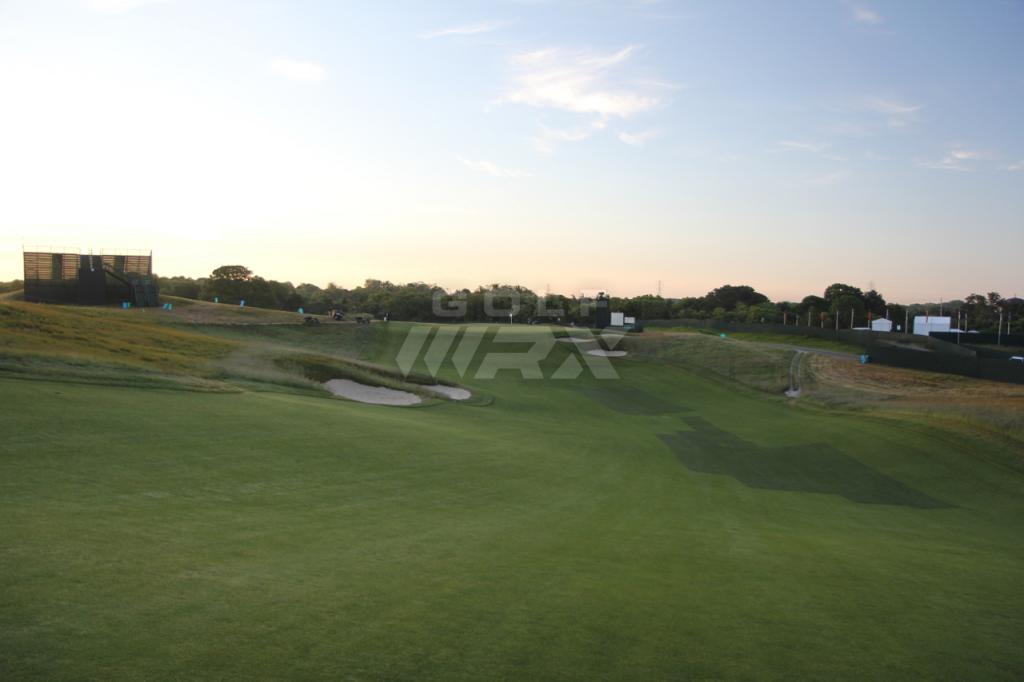 This might be my favorite hole on the course. The tee shot presents plenty of fairway on the left but players in the know will aim over the fairway bunker on the right. The fairway and approach on 10 are evidence of why the course is called Shinnecock Hills. Finding the fairway on the left leaves a mid-iron into a turtle back green that is canted from back to front. Players who find the fairway right will take advantage of a drop that looks like it inspired a roller-coaster. A 40-foot speed slot means that there is only a wedge into the green and that’s where the fun begins. In 2004 players like Singh and Els saw multiple wedges go up the hill and back again like some sort of sadistic golf nursery rhyme. Singh fumed, “It’s hard to stop a shot on the hood of a VW.” Trying to play safe and hitting the back of the green will send players into a massive steep swale behind the green that will test the skill, imagination and nerve of the unfortunate souls who land there. At least a few will find themselves back in the fairway. This is a hole that, in the hands of the USGA, will humble all and humiliate some. 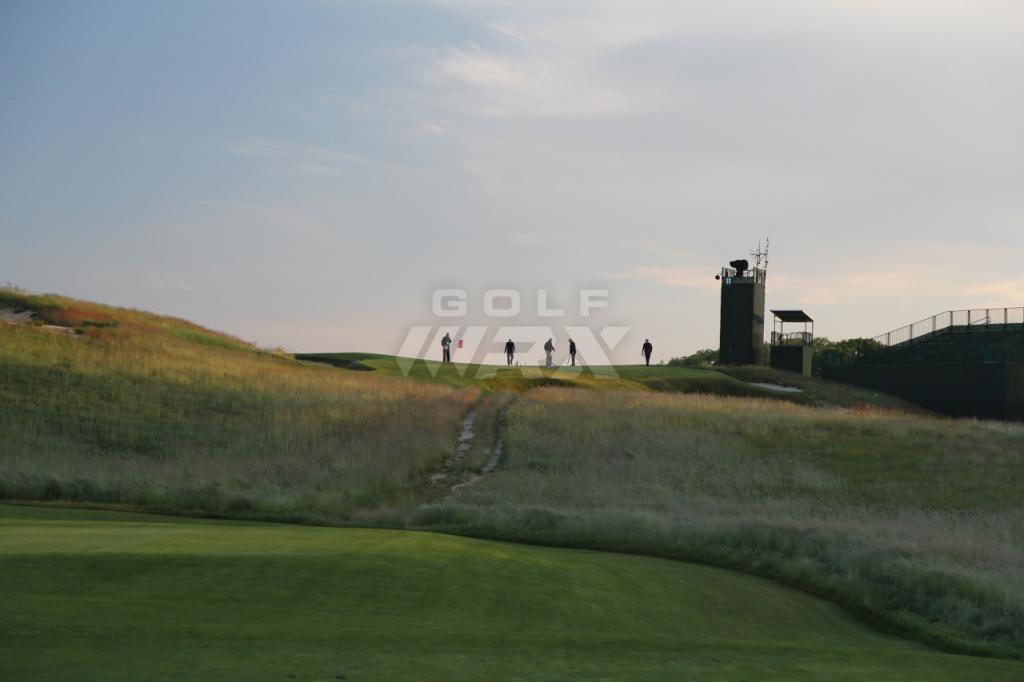 The shortest par 3 on the course is small but mighty. An uphill tee shot to a green that is relatively large, but if you are on the wrong level of the two-tiered green a two putt will be as rare as finding a taxi in Manhattan rush hour. Players who card a 3 will be running to the next hole with a mix of joy and relief. 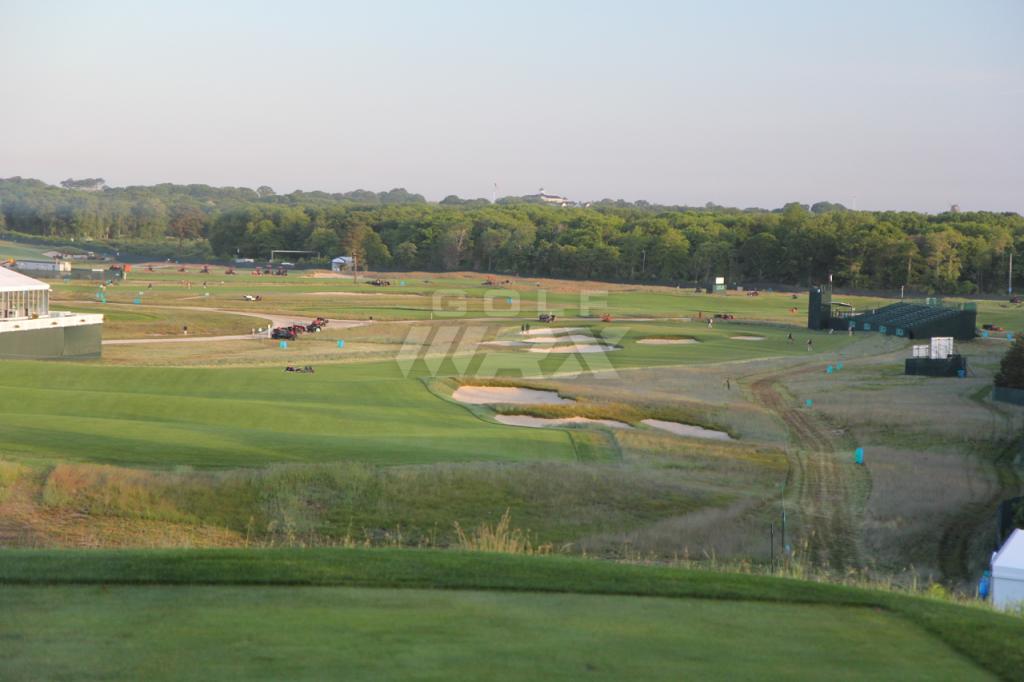 This is downwind par 4 is the last of the “easy” birdie opportunities on the back nine. An accurate drive will leave a short iron to the green. If you relax and miss the green, it would be better left 9bunkers) than right close-shaven chipping area. 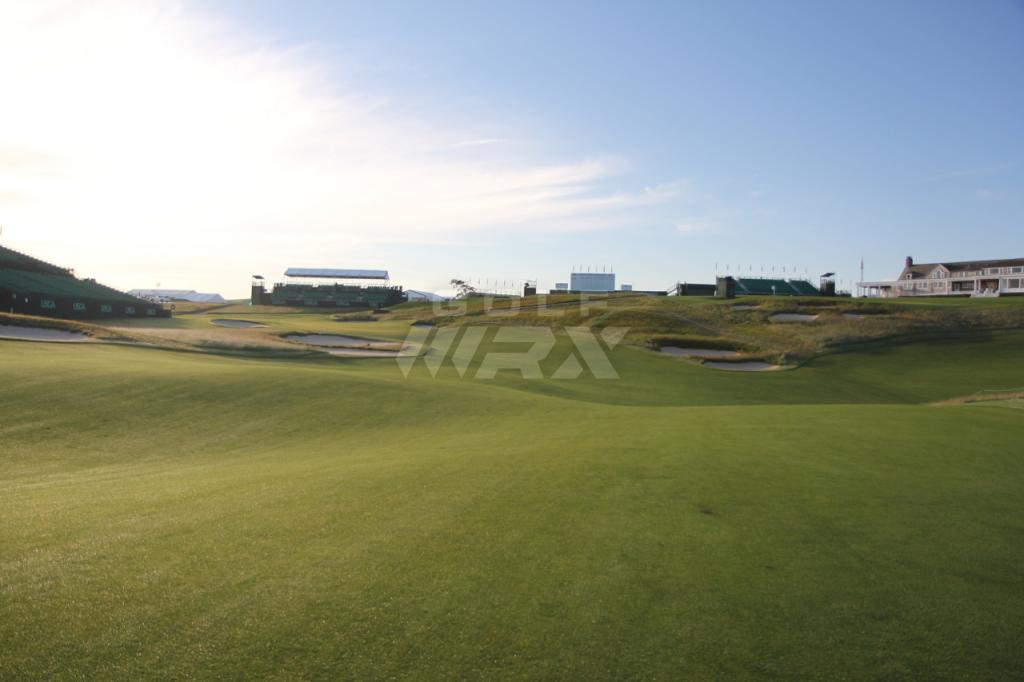 This majestic closing hole is remembered for Corey Pavin’s heroics in 1995 but with its broad vistas and exacting layout, it is among the quintessential holes at Shinnecock. The ideal tee shot on the sweeping par-4 is to the right side of fairway. From there, a precise shot is needed into the elevated green that is guarded by wind, sand and fescue. Approaches that don’t have enough steam will roll back off of the green. Shots that go long will require a delicate chip or putt back onto the surface. This hole in many ways is what U.S. Open golf is all about: the course, the history, the player and the stage all combing for one magic moment. Worthy, indeed.

2018 U.S. Open: Breaking down how the favorites should fare at Shinnecock